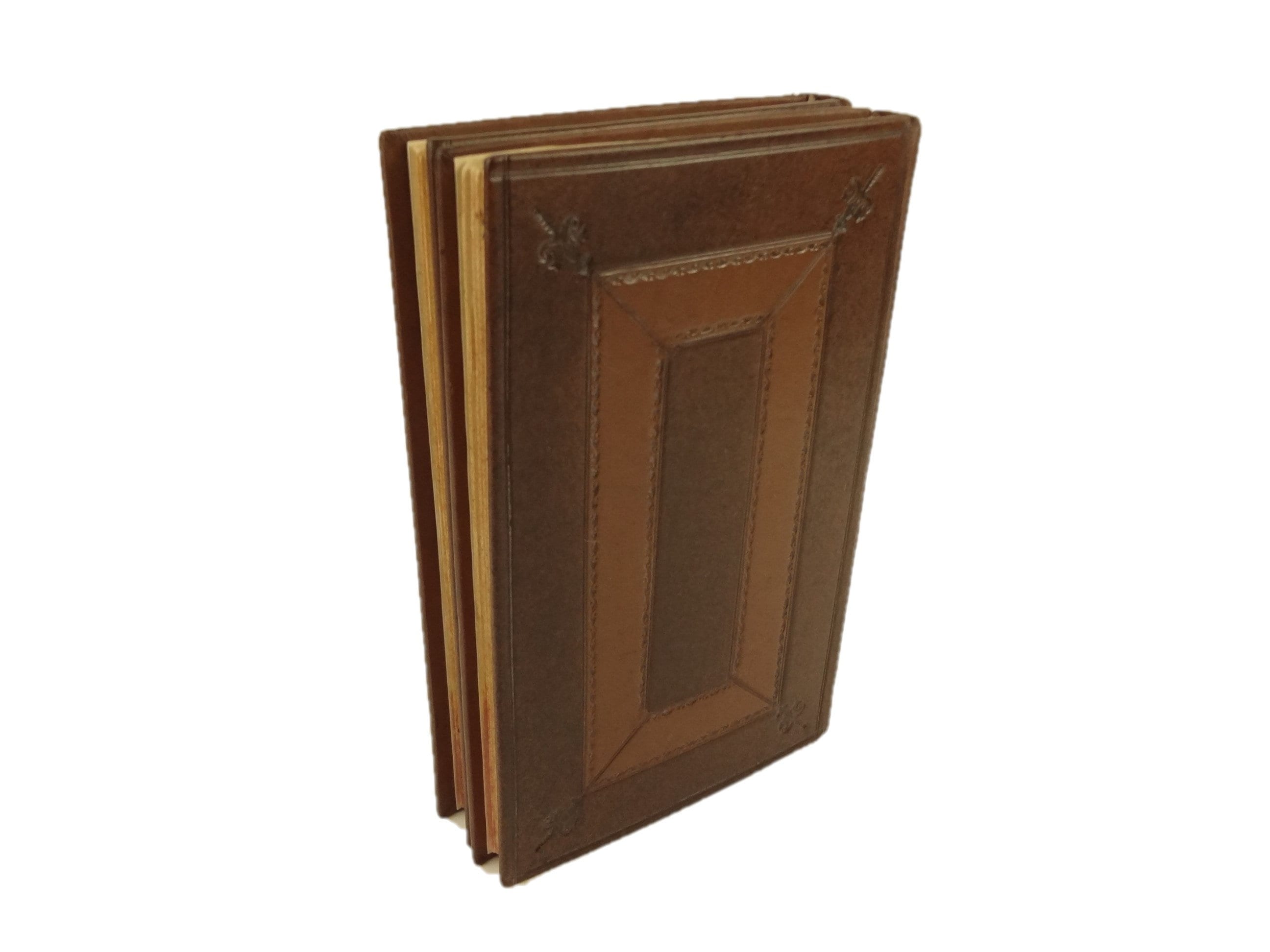 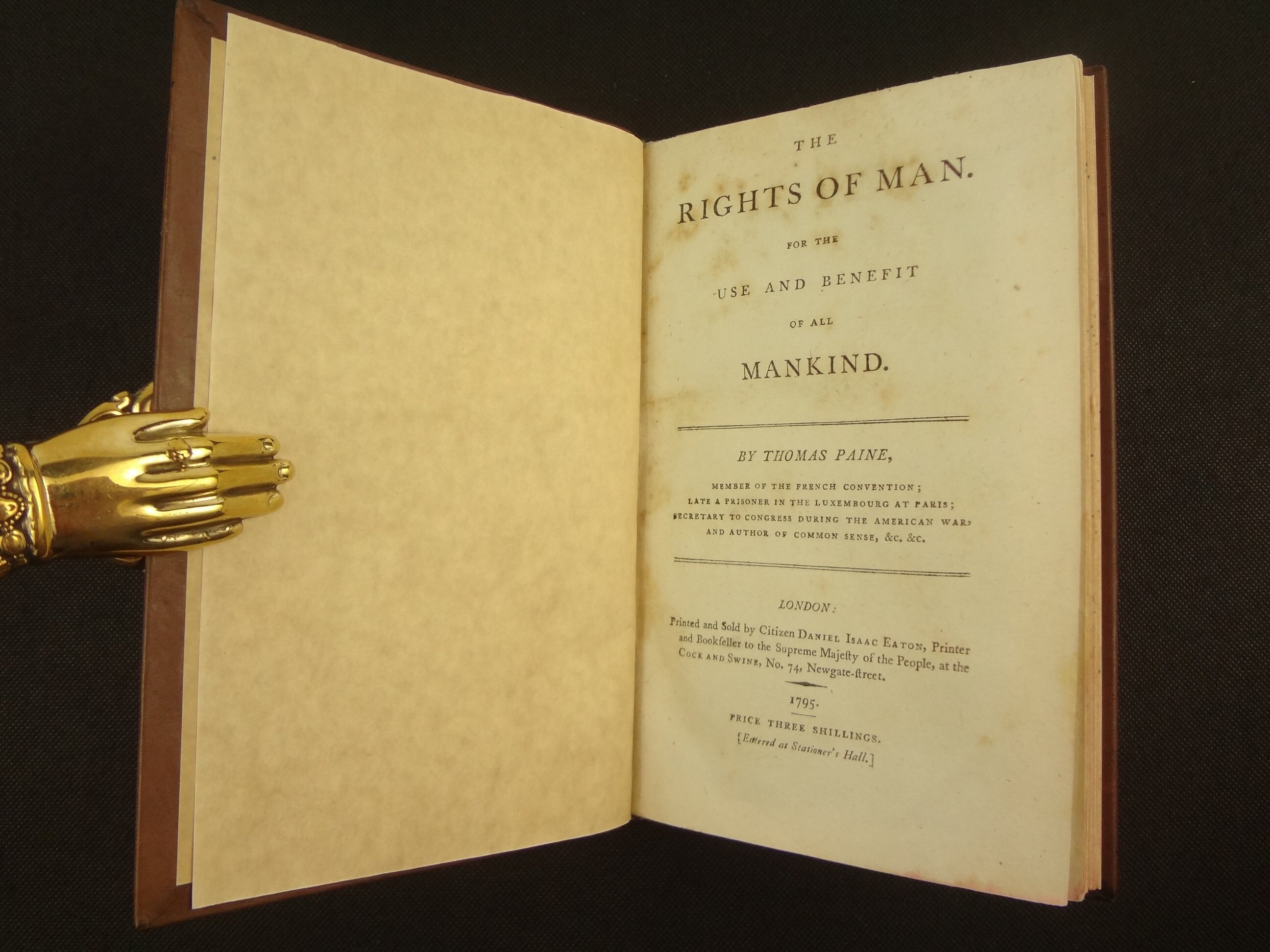 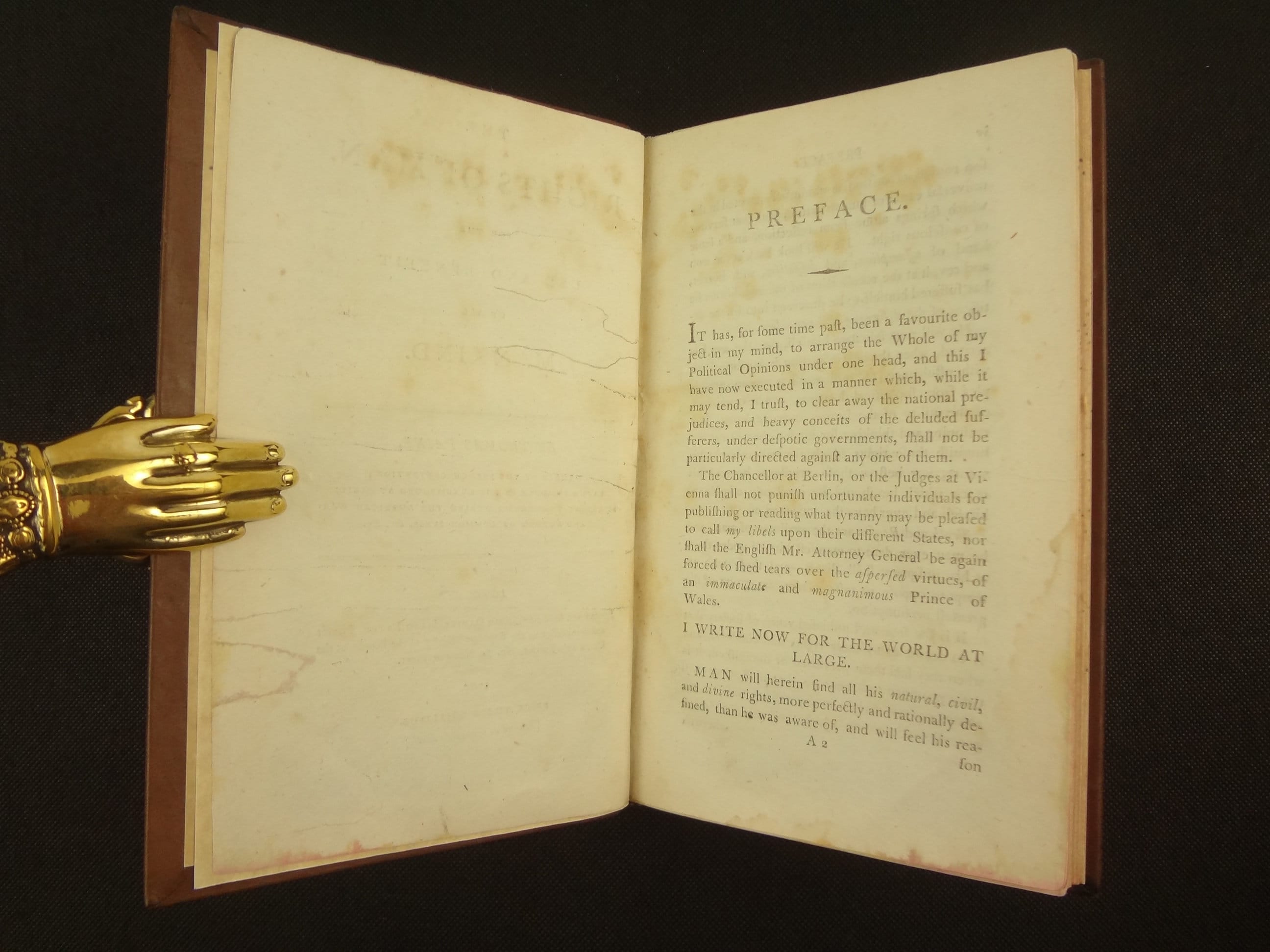 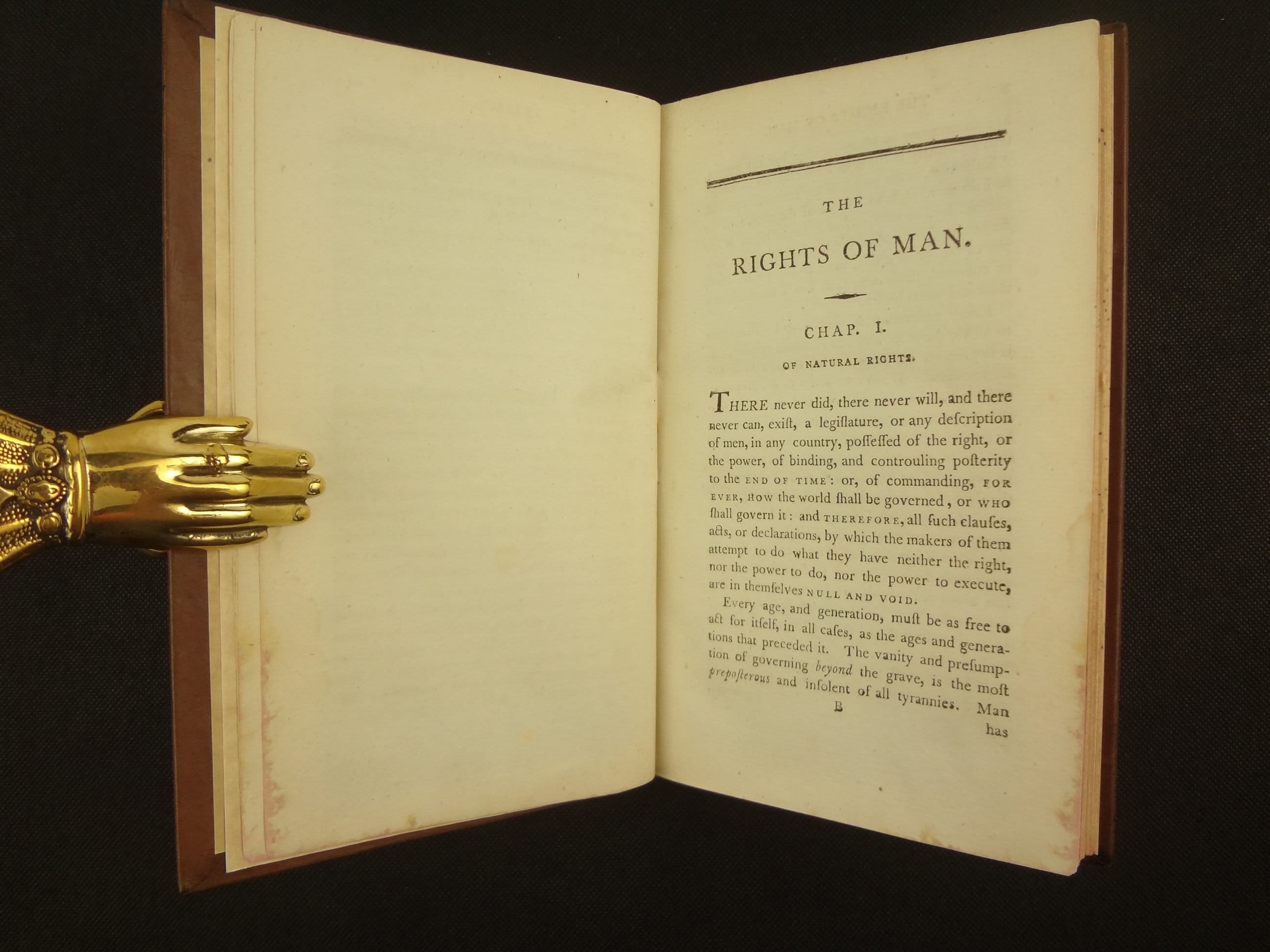 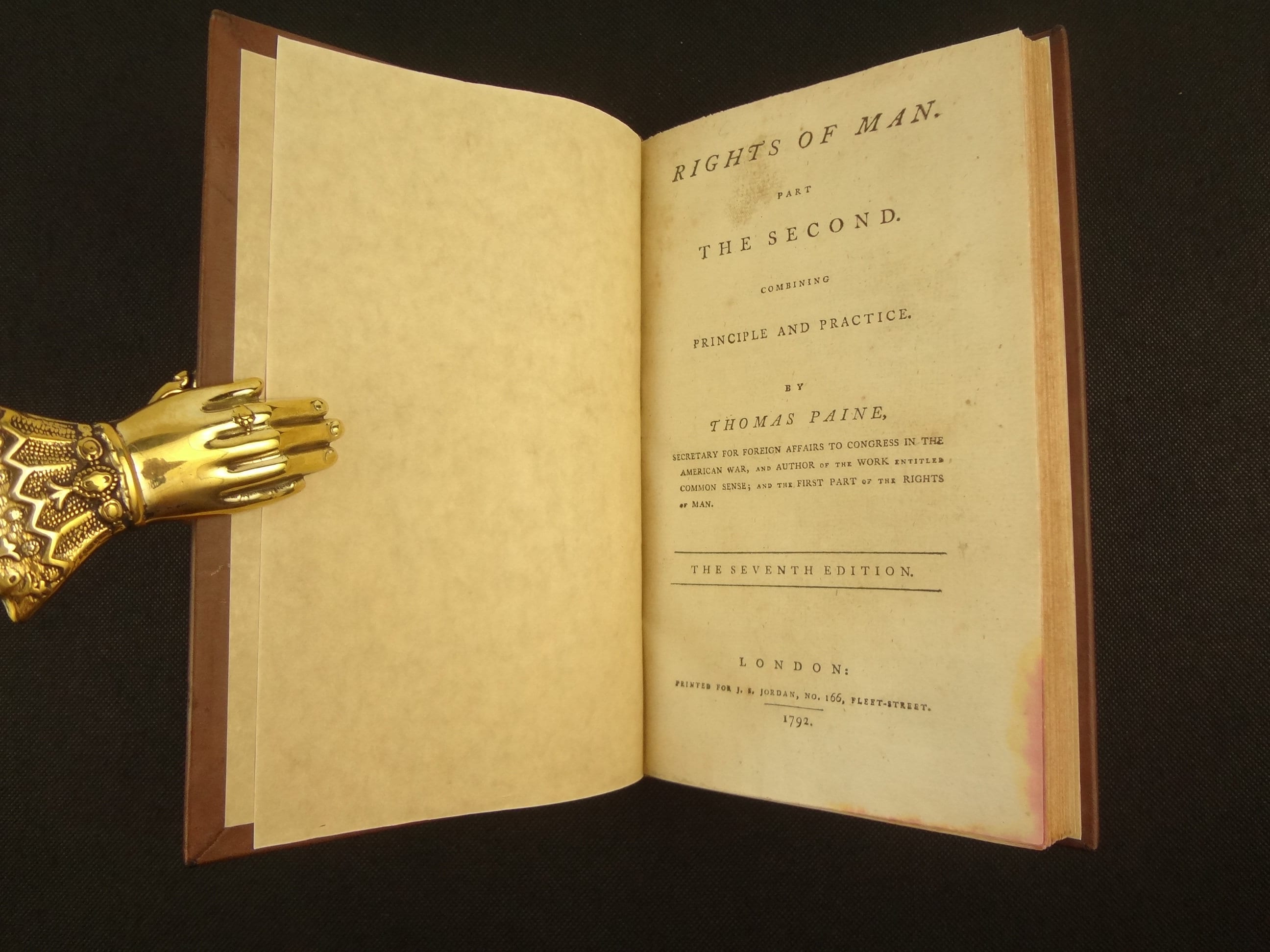 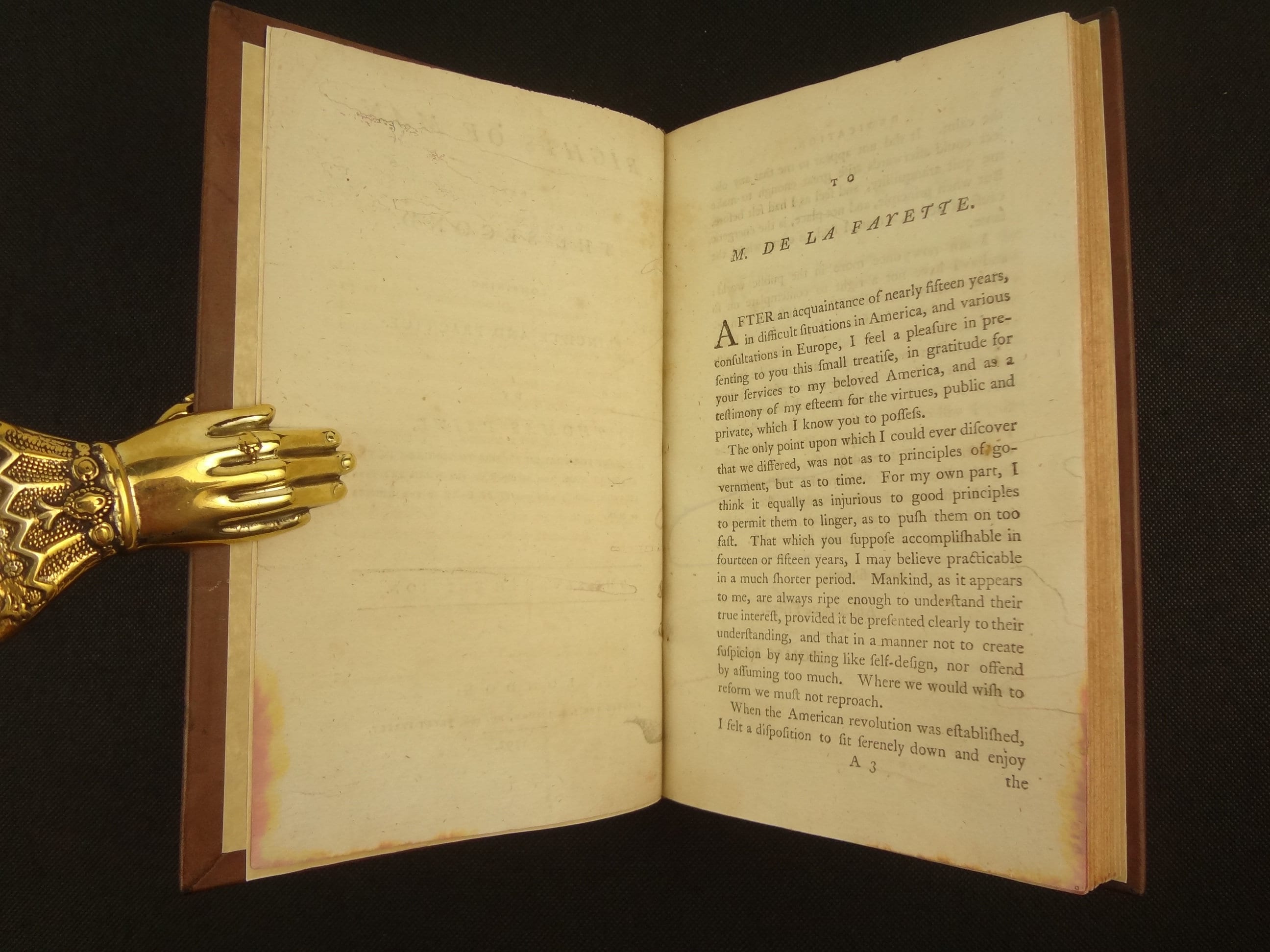 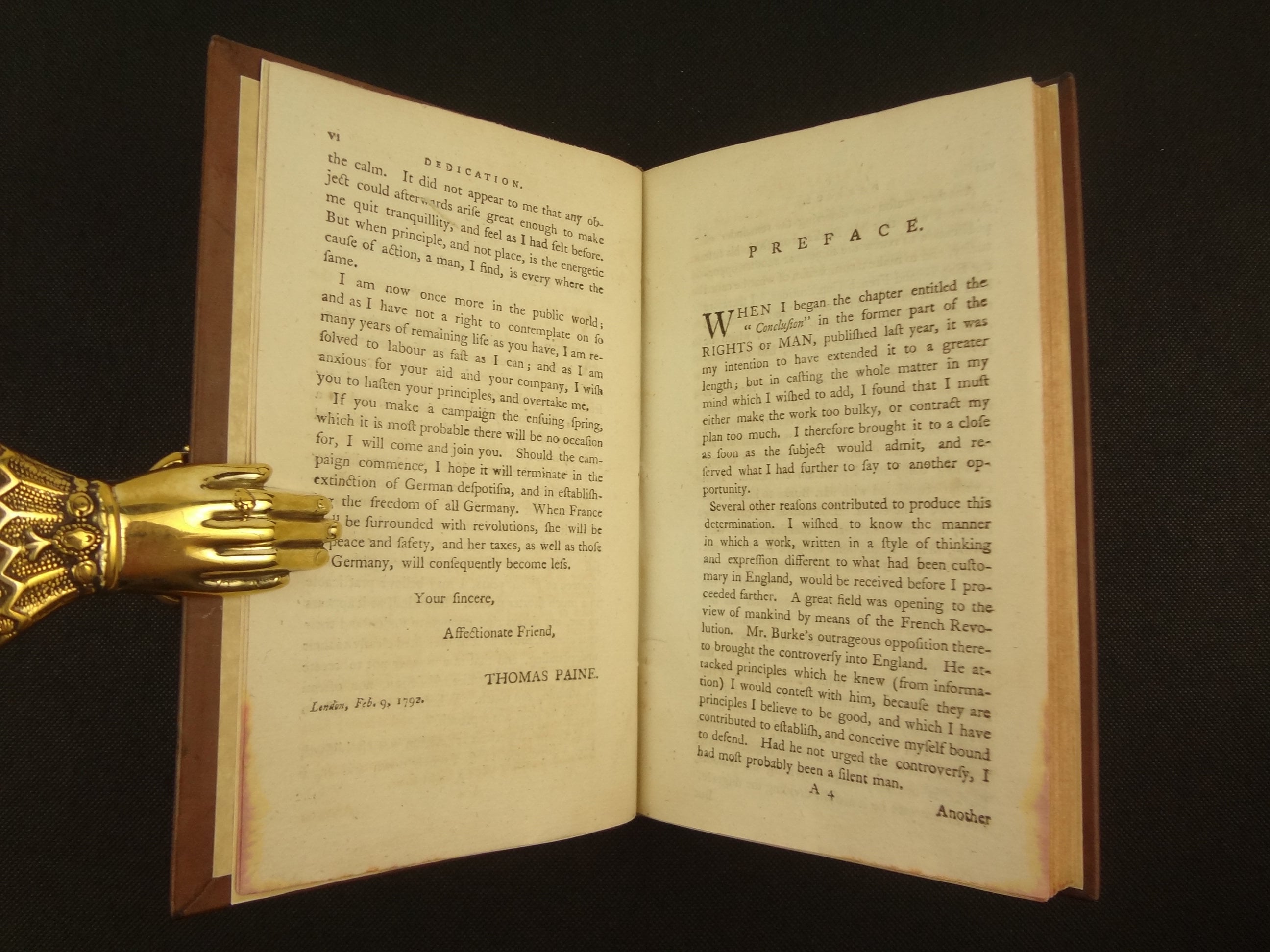 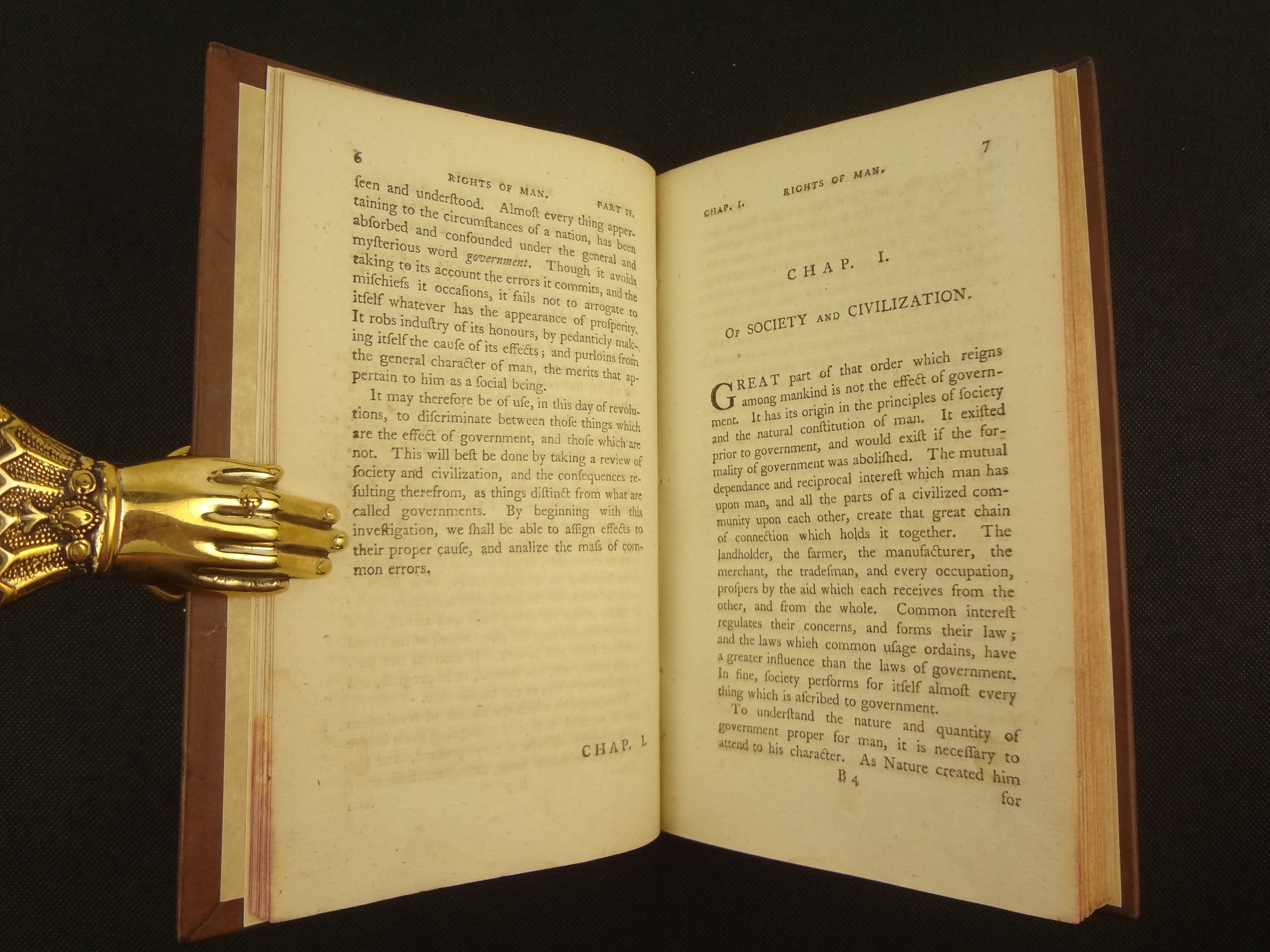 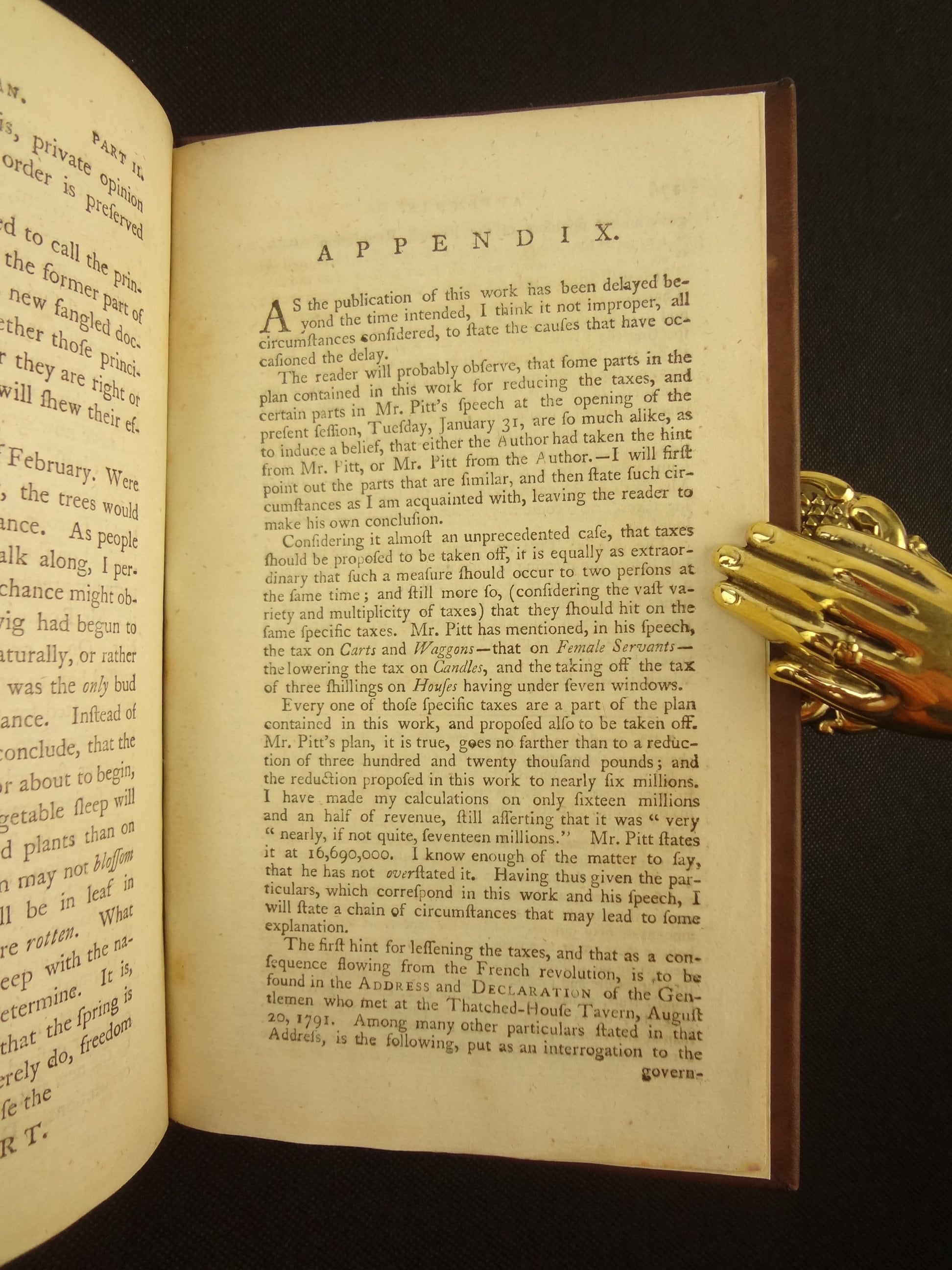 The first and Second parts of The Rights of Man; both early printings, but an interesting mix of printers, J.S. Jordan (who printed Paine's 1st editions) and Daniel Isaac Eaton, both radical publishers in London with some association to each other, Eaton having been arrested and charged for selling J.S. Jordan's editions in 1793.

The first part, The Rights of Man, is the 1795 edition published by Eaton. It is a mildly abridged edition, leading to speculation that Eaton abridged it, to avoid further legal issues. (Side note: Eaton's trials and efforts as a printer and bookseller are fascinating reading, I'd recommend Print, Publicity and Radicalism in the 1790s, The Laurel of Liberty by Jon Mee.)

Iain Hampsher-Monk, University of Exeter, refutes this assumption, arguing that Paine and Eaton had a working relationship, as evidenced by a late 1795 letter in which Paine enclosed another work for Eaton to print, concluding that Paine likely abridged the The Rights of Man, for Eaton, to make it more relevant to the 1795 political context (Did Paine abridge his 'Rights of Man').

But, the Paine bibliographer Conway is often quoted for stating, "Preface purporting to have been written by Paine while in Luxembourg prison... is manifestly spurious."

Eaton was also the British printer of Paine's later Third Part in 1809.

The Second Part is a 1792 (7th) edition (but the same year as the 1st edition) printed by J.S. Jordan, the first publisher of both works.

"Thomas Paine’s most famous work, The Rights of Man was published in 1791, two years after the French Revolution. In it he defended the values of the Revolution - those of ‘Liberté, égalité, fraternité’ (the French for 'liberty, equality and brotherhood'). Paine explored the idea that government based on true justice should support not only mankind's natural rights (life, liberty, free speech, freedom of conscience) but also its civil rights (relating to security and protection)."

"He highlighted the fact that only a fraction of the people who paid taxes were entitled to vote. Using detailed calculations, Paine showed how a tax system, including a form of income tax, could provide social welfare in support of those civil rights. Decades ahead of his time, he outlined a plan covering widespread education, child benefit, pensions for the elderly, poor relief and much more. The book sold tens of thousands of copies and became one of the most widely read books in the Western world at the time." - The British Library, Shelfmark: 523.f.19

J.S. Jordan's edition of the second work is a later printing, but notable for being from the same year as the 1st edition (1792) and testifies to the book's great success. Jordan actually took the printing over from another printer who was scared to put his name on the work; Paine's appendix to the Second Part explains this.

See pictures. Fresh matching bindings; I only see a ring impression (perhaps the binders) at the bottom of the rear board V2.