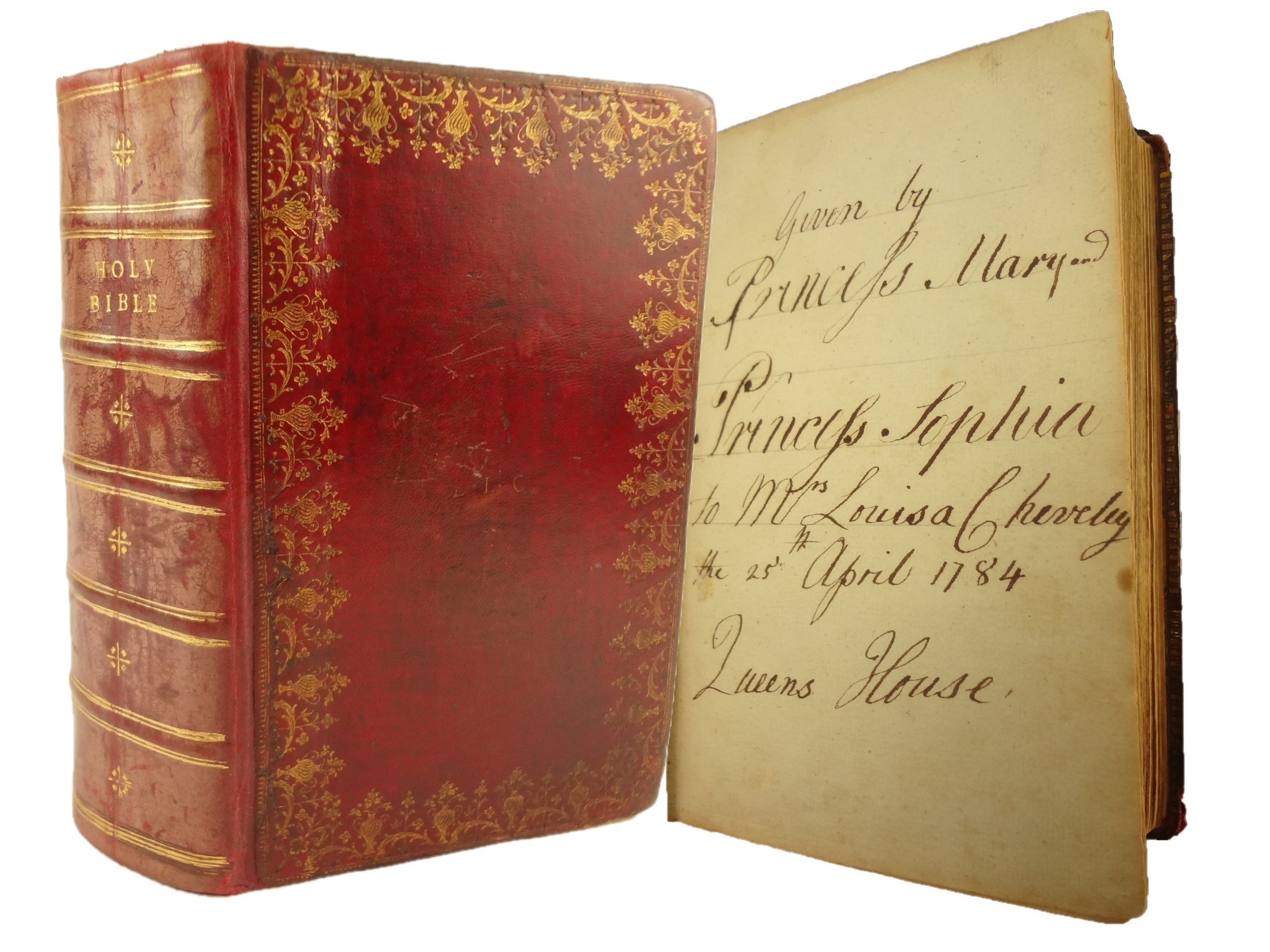 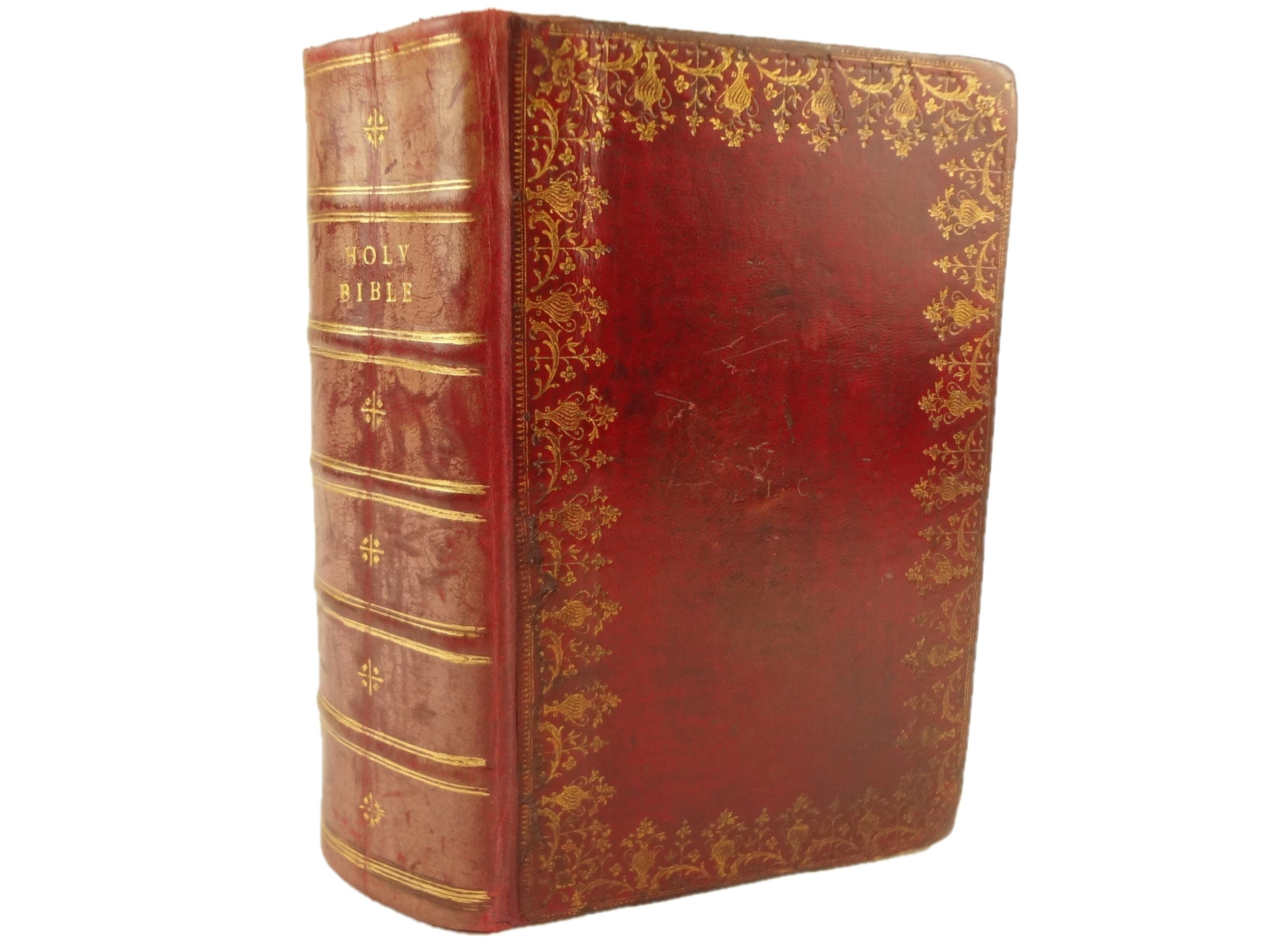 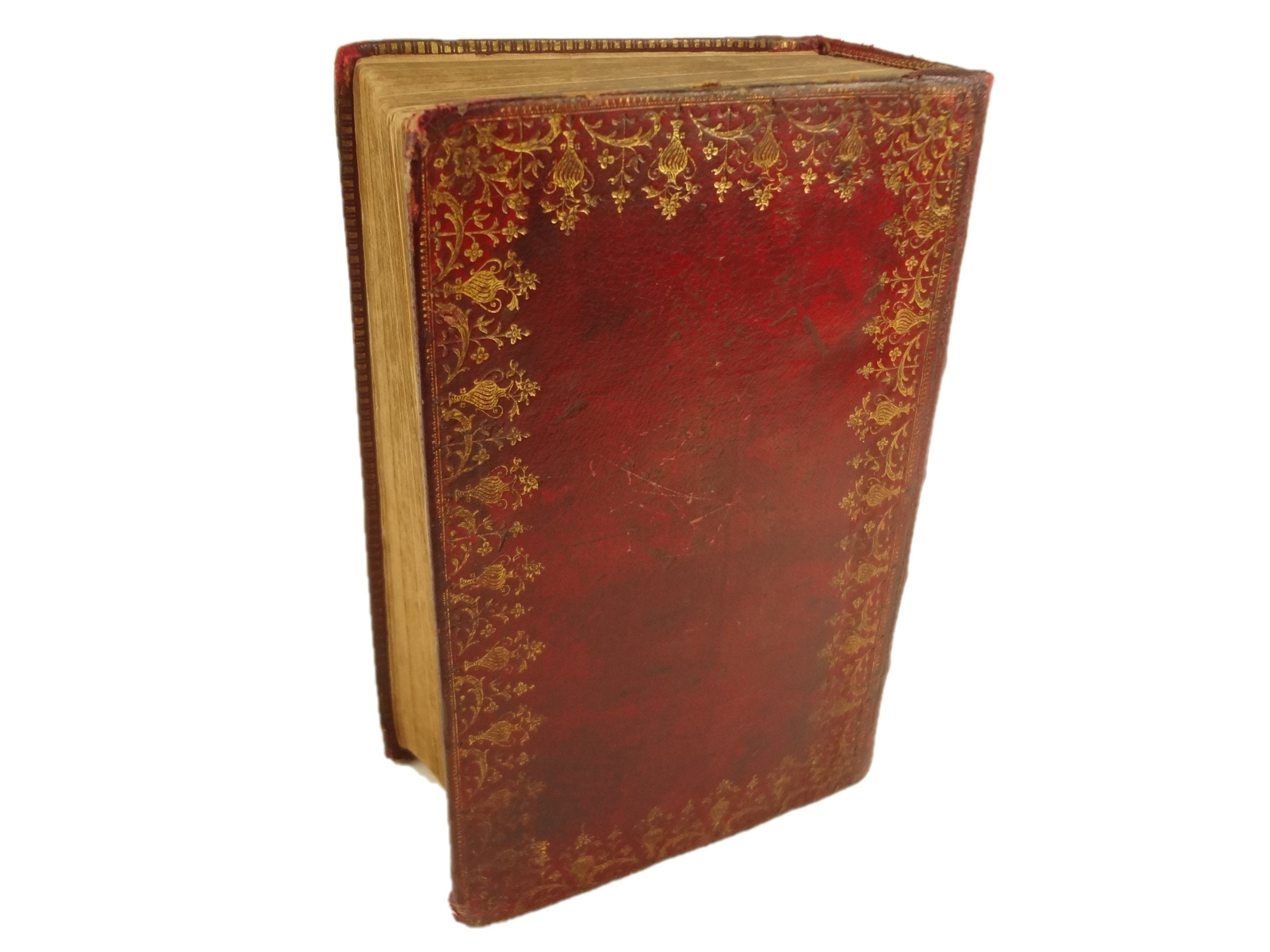 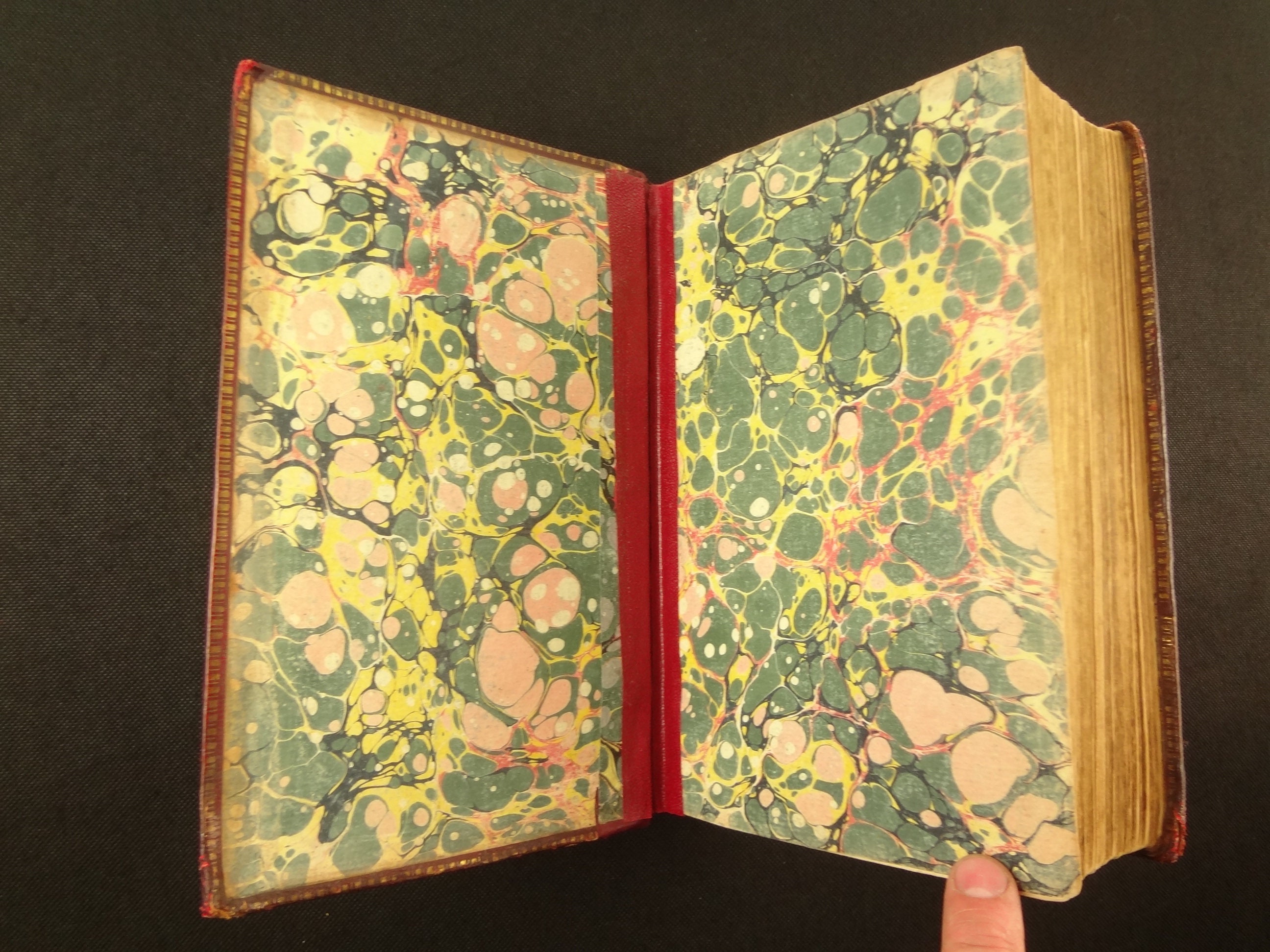 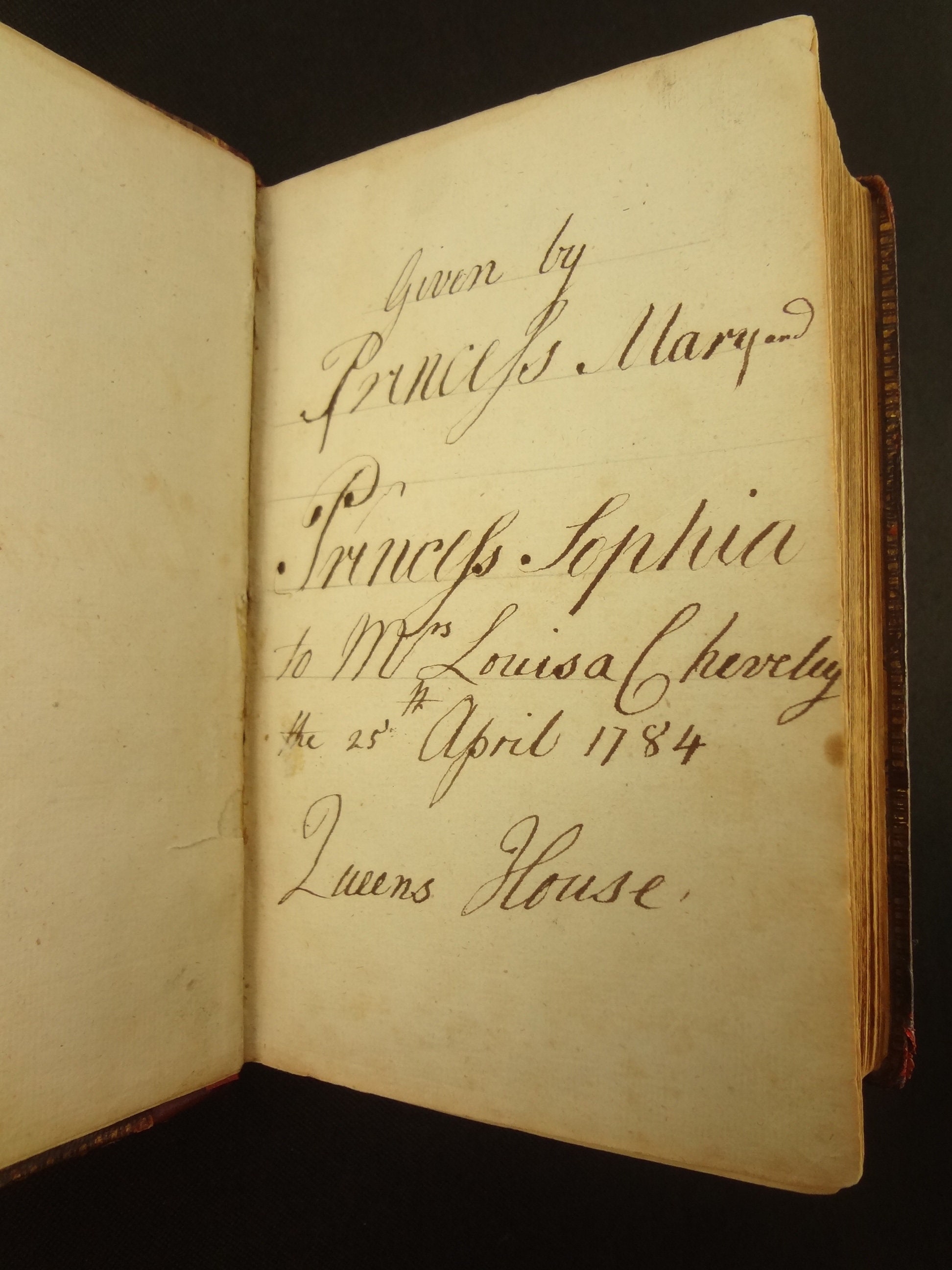 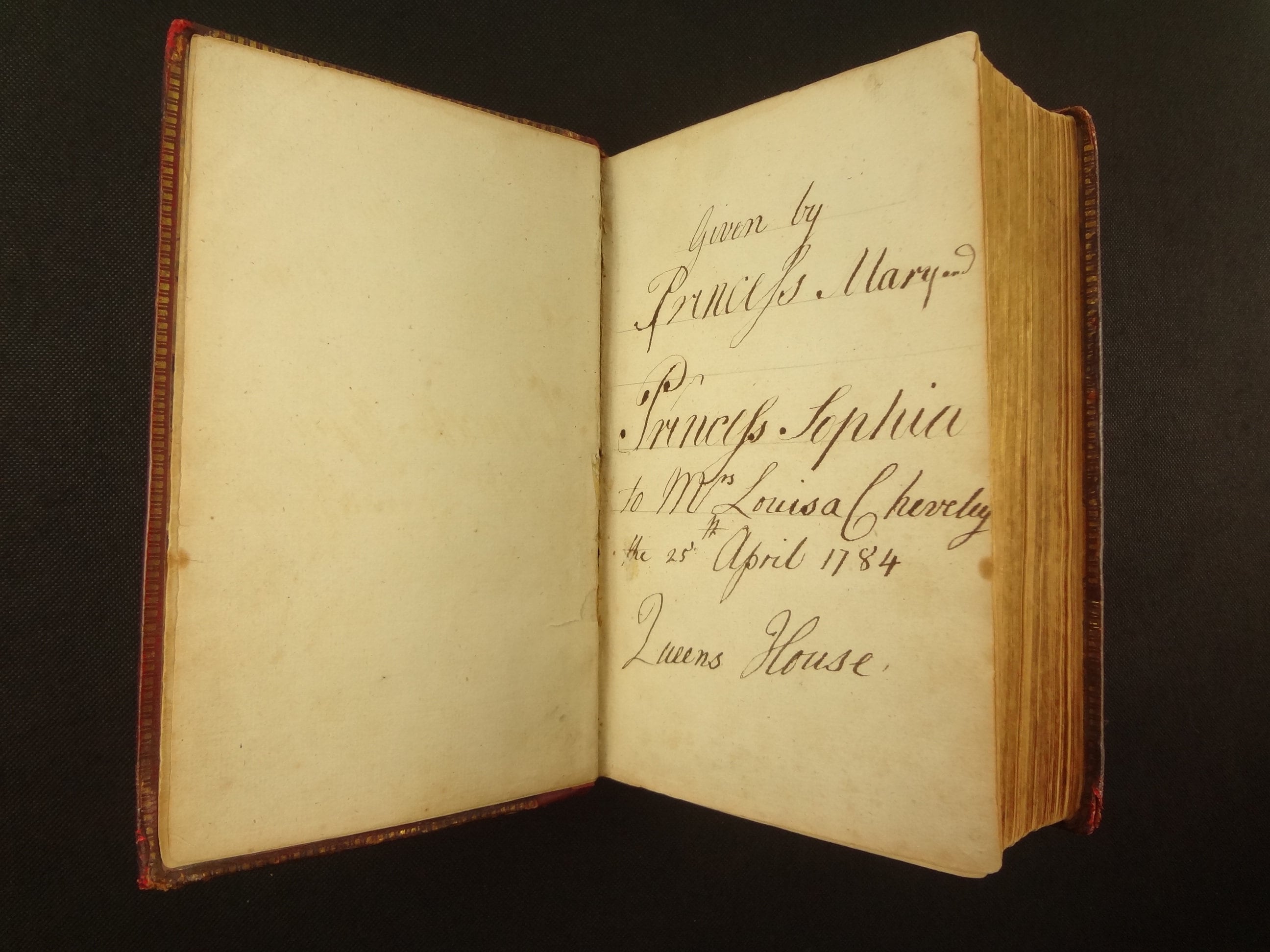 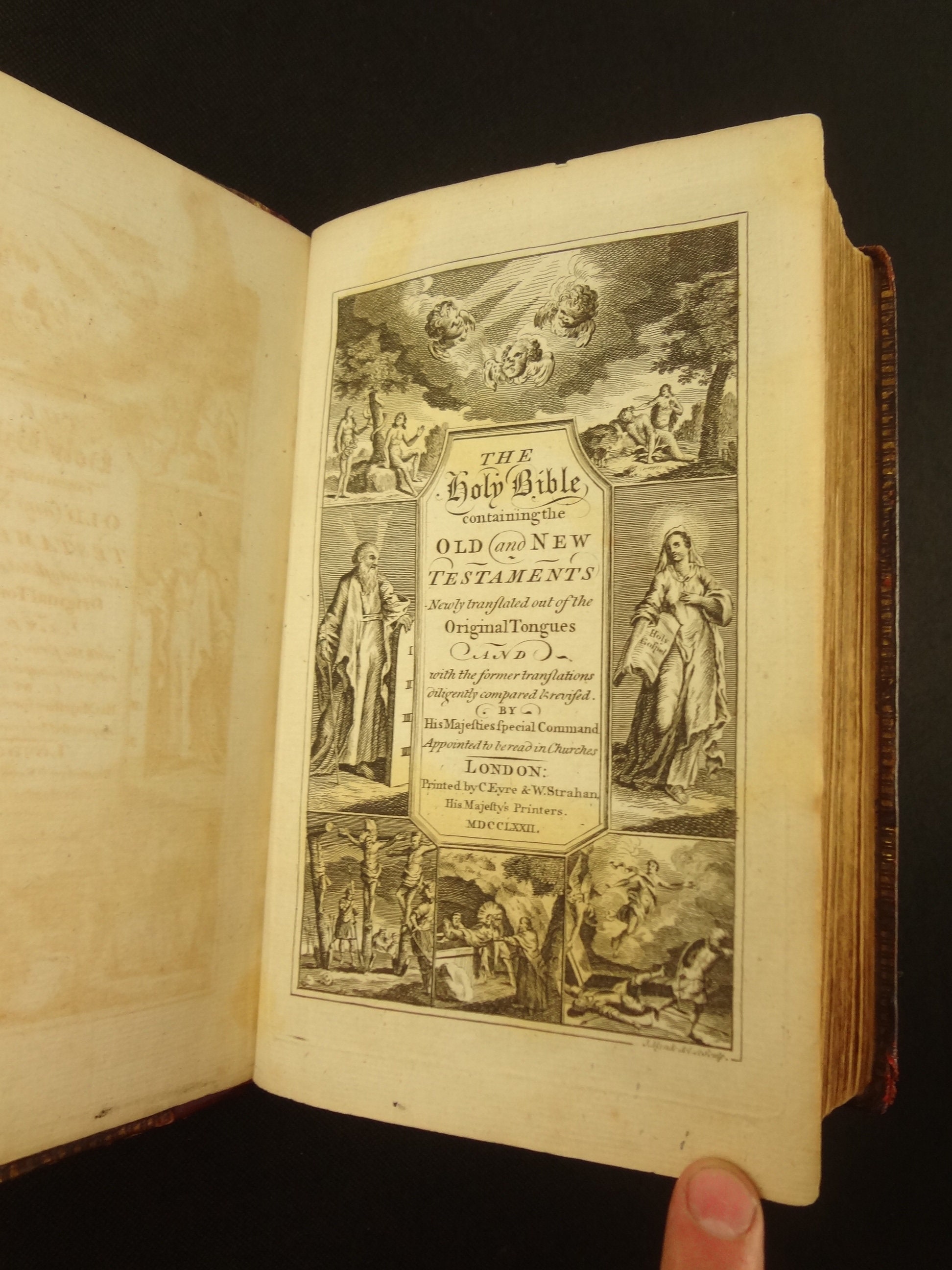 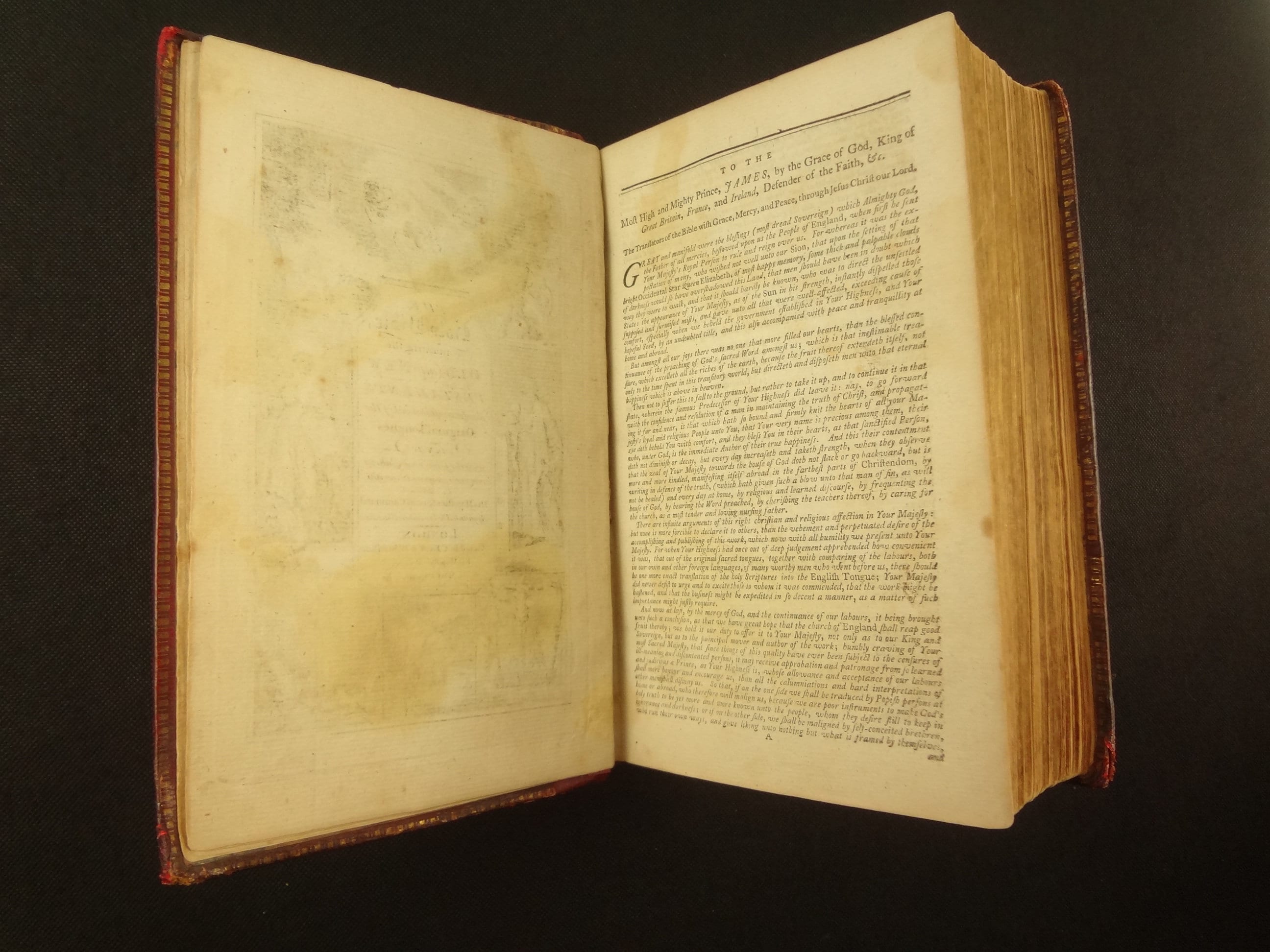 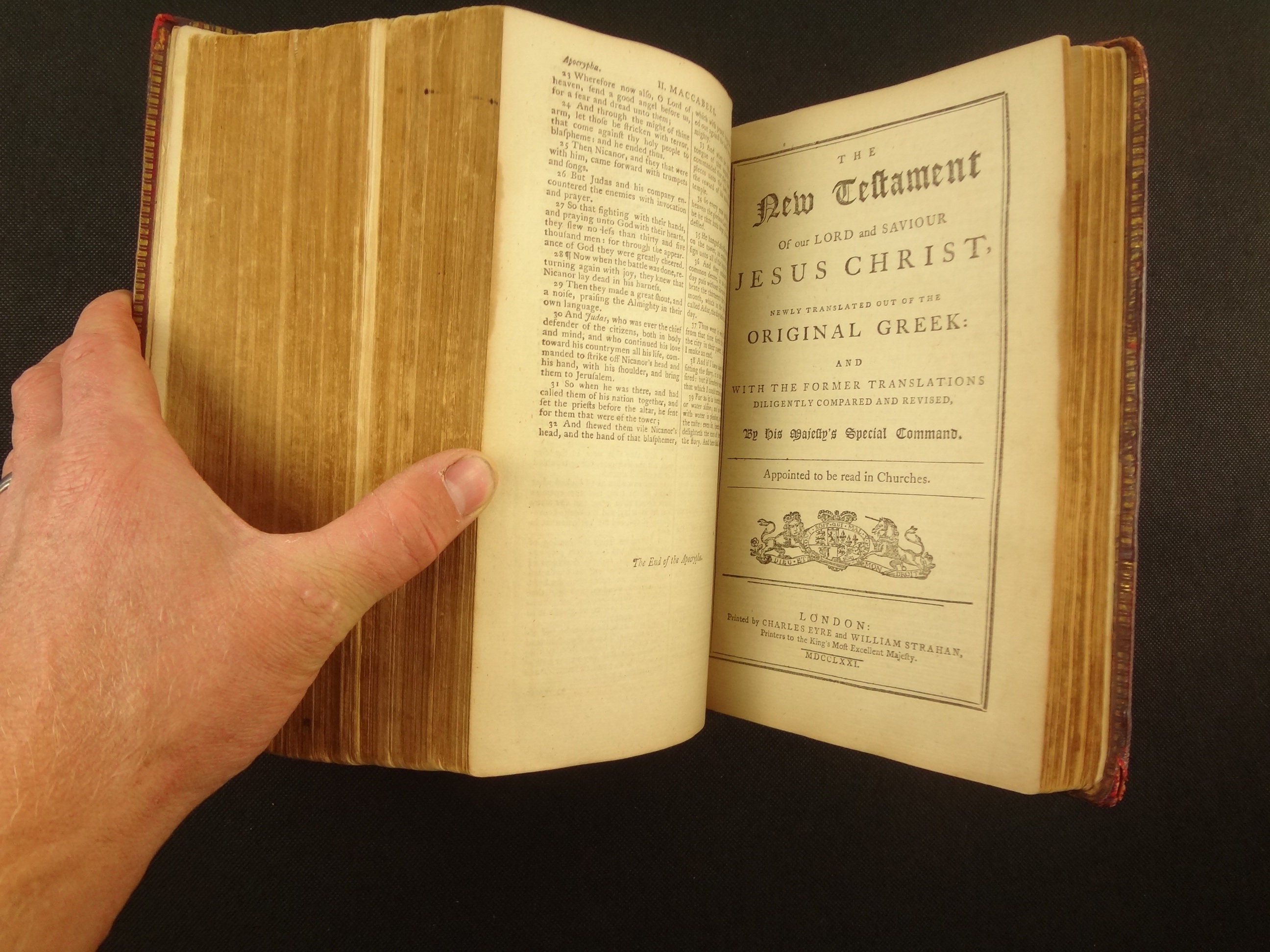 Royal Association. 1772 Holy Bible given by Princesses Mary and Sophia to their Sub-Governess on Anniversary of Prince Octavius' Death

On the 25th of April, 1784, at the one-year anniversary of their brother Prince Octavius' death, Princesses Mary and Sophia gave this Bible to their sub-governess, Louisa Cheveley, who had provided care for Prince Octavius during his brief, terrible and life-ending sickness shortly after receiving the smallpox inoculation on April 23rd, 1783, along with the girls (who reacted well to it).

In 1793, just after the Prince's passing, Louisa Cheveley wrote, "Good God, when one thinks this misfortune was so entirely begun and ended in forty-eight hours, and that the dear child was as well and in as good spirits last Thursday as ever he was in his life, it appears to me a dream. I can scarcely believe the scenes I have been through' (page 294, A Royal Experiment, The Private Life of George III by Janice Hadlow).

This handsome Bible retains the red morocco leather boards with "L.L.C." tooled in gilt, and a handsome gilt decorative border, likely executed by a royal binder (but it has been re-spined).

Four sub-sequent Cheveley family names, at the rear of the flyleaf, testify that this Bible stayed in the family for nearly one-hundred years.

1772 King James printing by Eyre and Strahan, with one engraved title-page.

See pictures. Respined. Spine faded, crease line down center. Board corners bumped. Edge and corner wear. Some scratches and light gouges to boards, consistent with age. Hinges strengthened with a leather strip, likely at re-spine; still, cracking between endpapers and manuscript dedication page at gutter. Some toning and occasional spots throughout; toning more towards rear. Occasional thumb, dog-eared page, etc.. Ink smudge along fore-edge. Manuscript names on back of flyleaf. Manuscript gift inscription on endpaper. More separation at gutter between title page and signature A. 1st quire (endpapers and title page, mostly loose except holding in at bottom 1". Last 1/3 of book slight moisture intrusion mark at fore-edge, upper-half of sheets, sometimes reaching to the text. CCCC with stain. Despite condition notes, a very attractive book, retaining the boards given by several English princesses to their sub-governess almost two-hundred and fifty years ago, with their gift inscription.