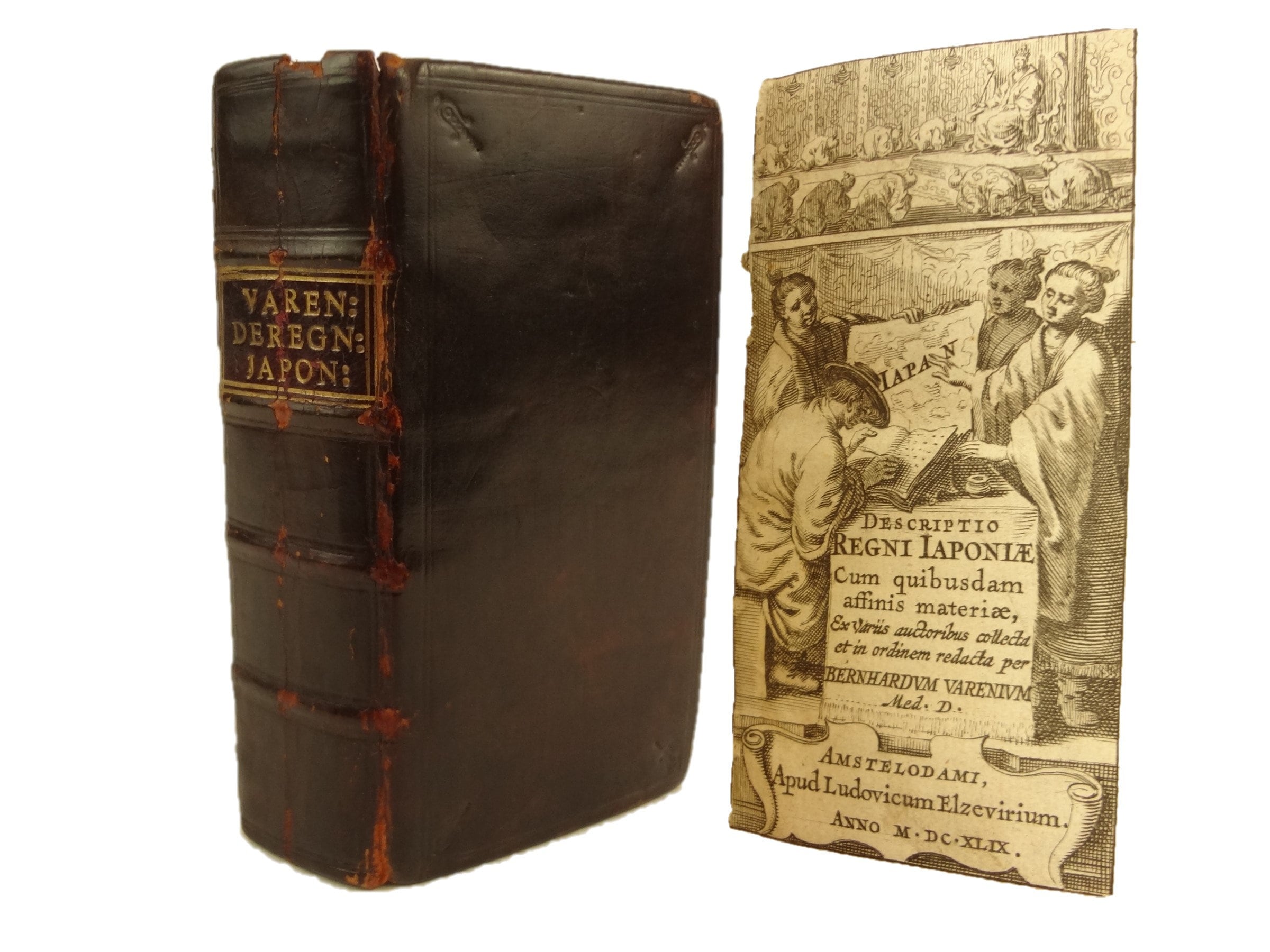 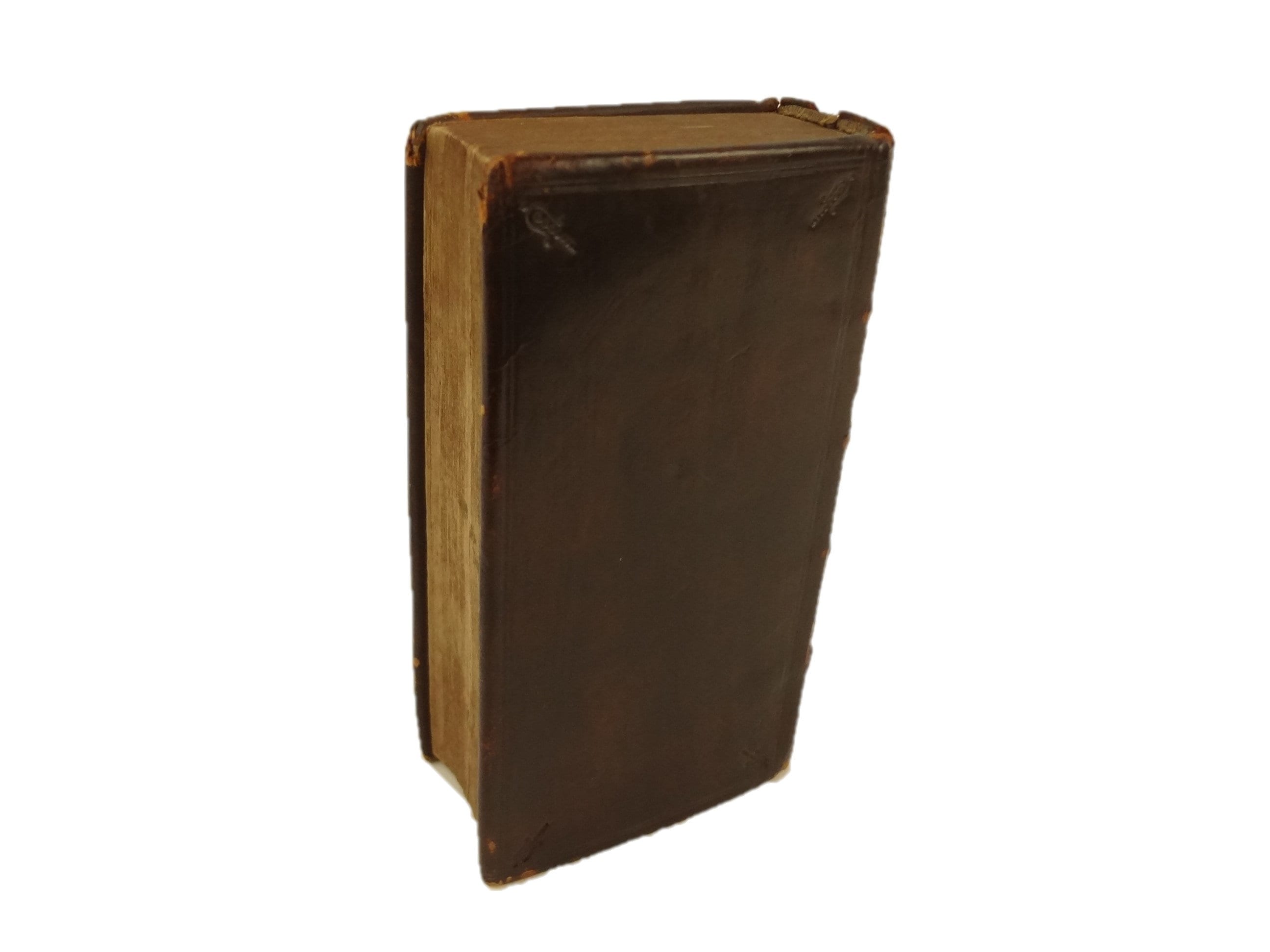 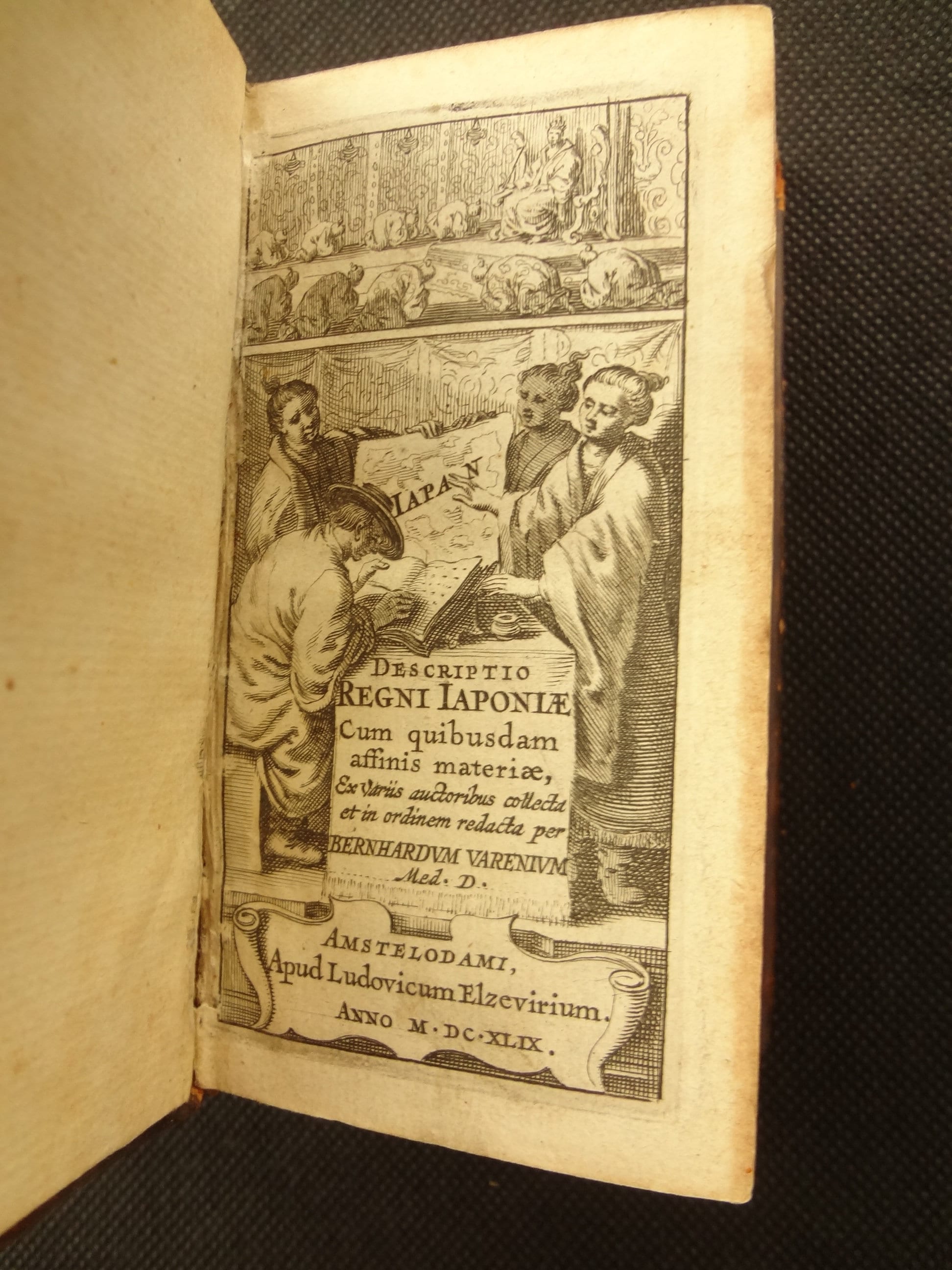 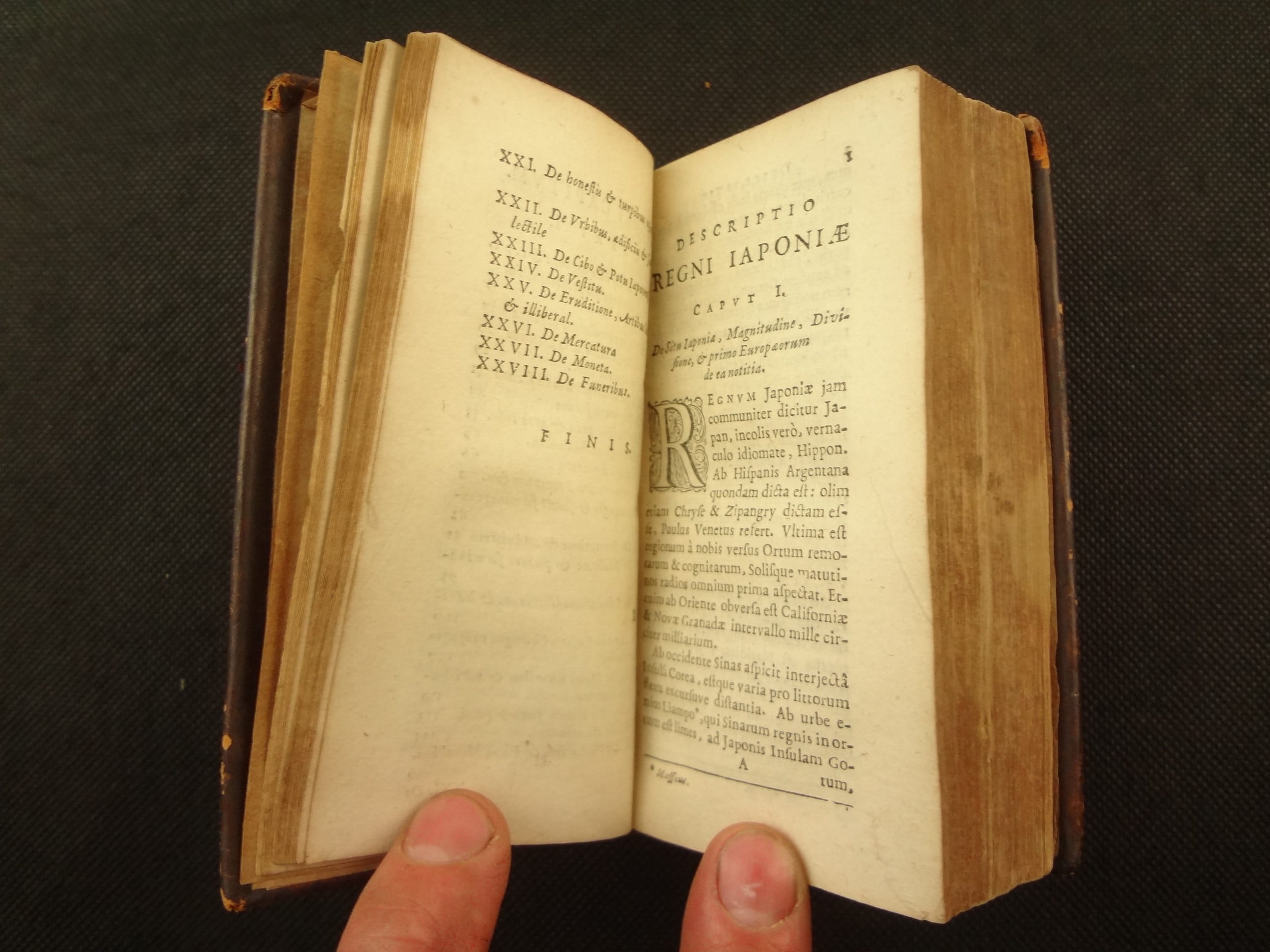 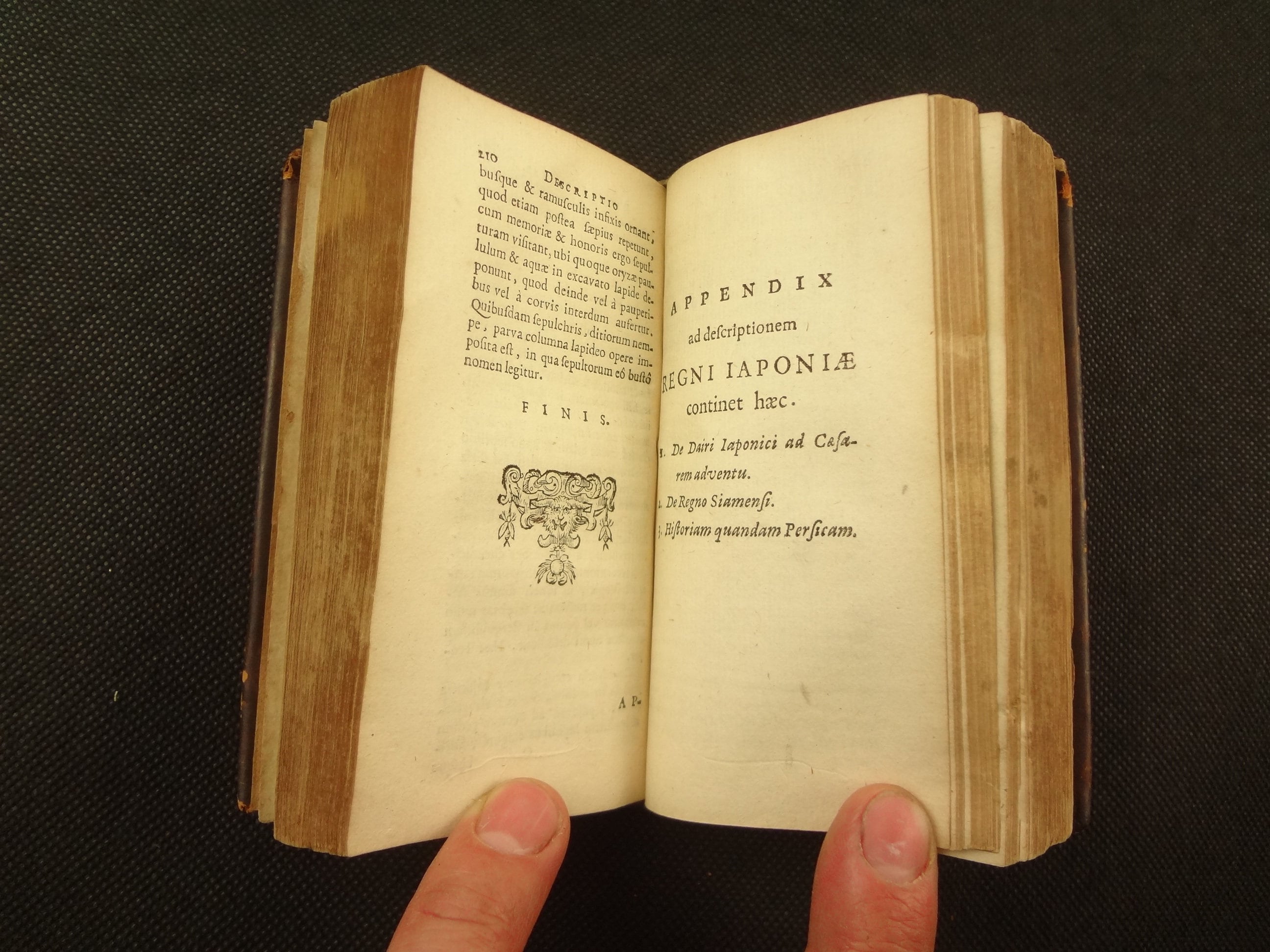 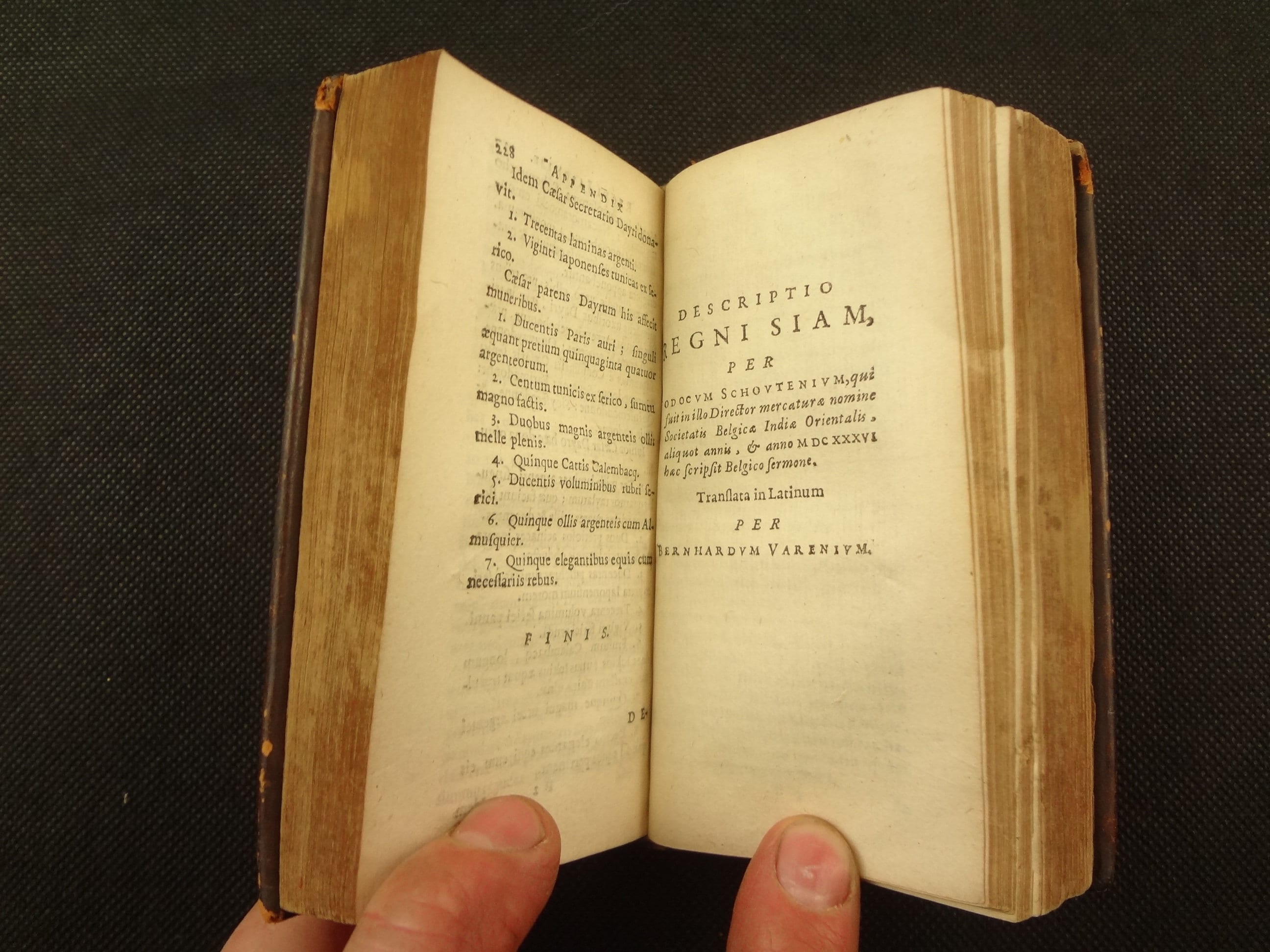 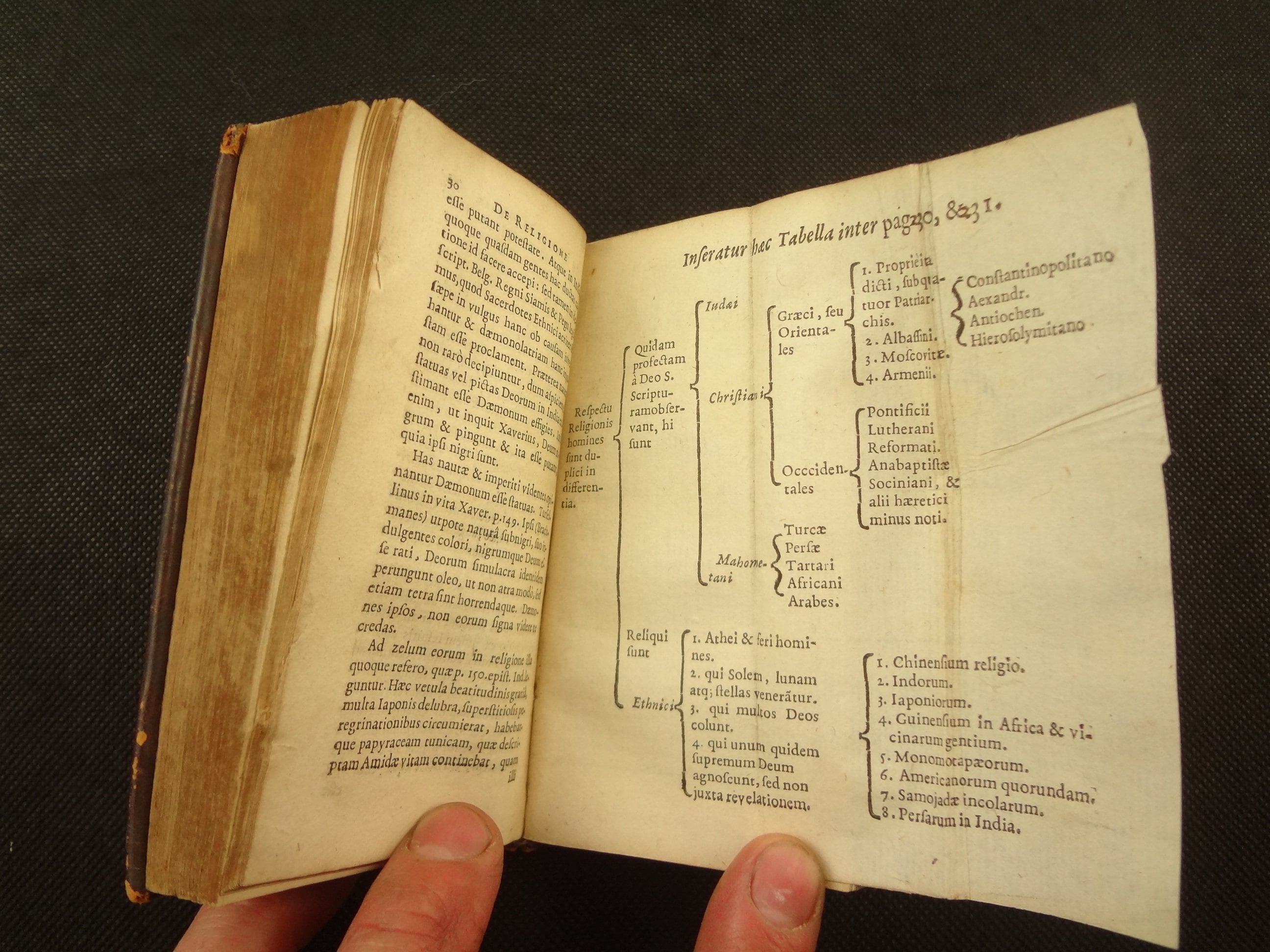 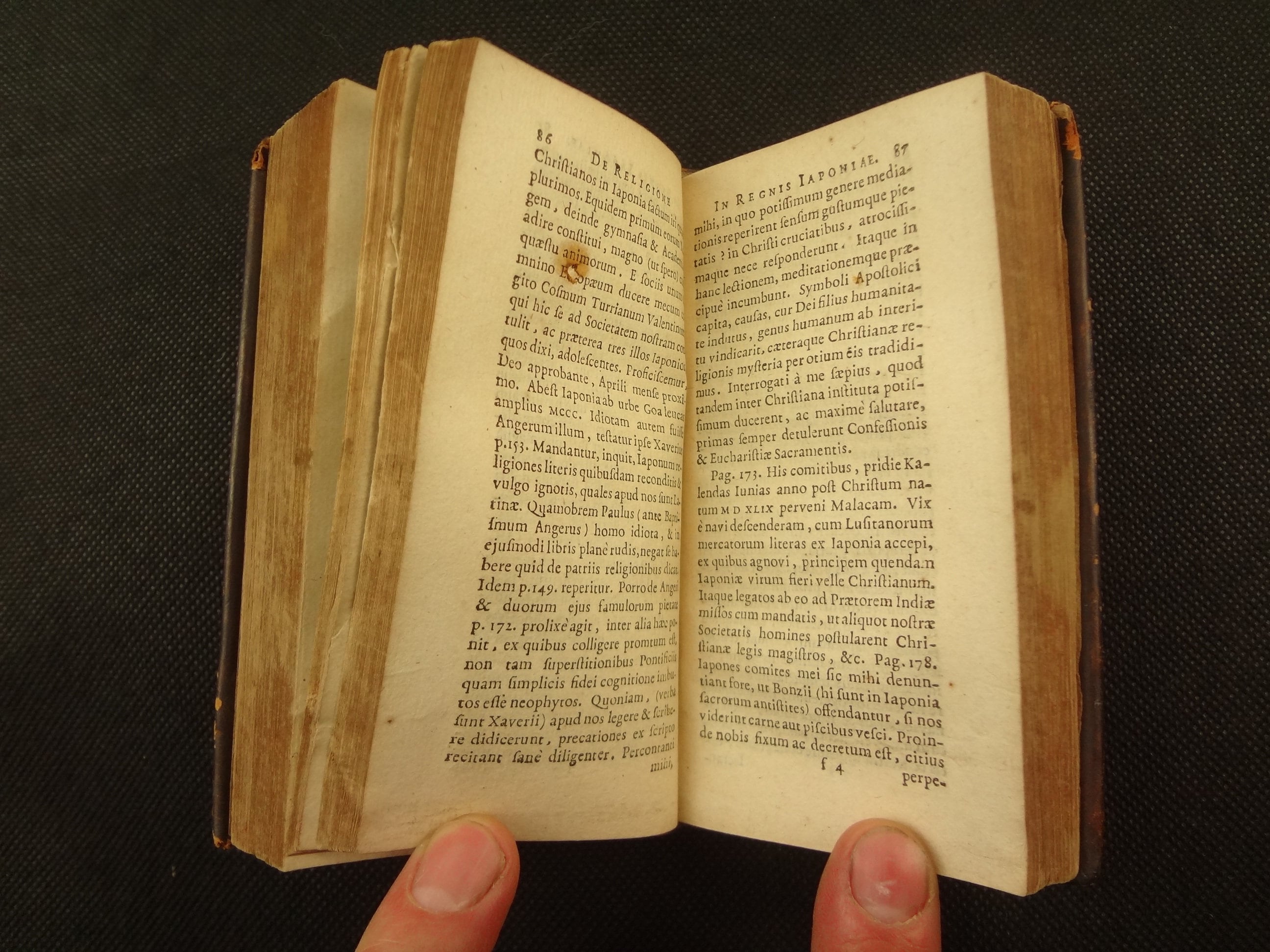 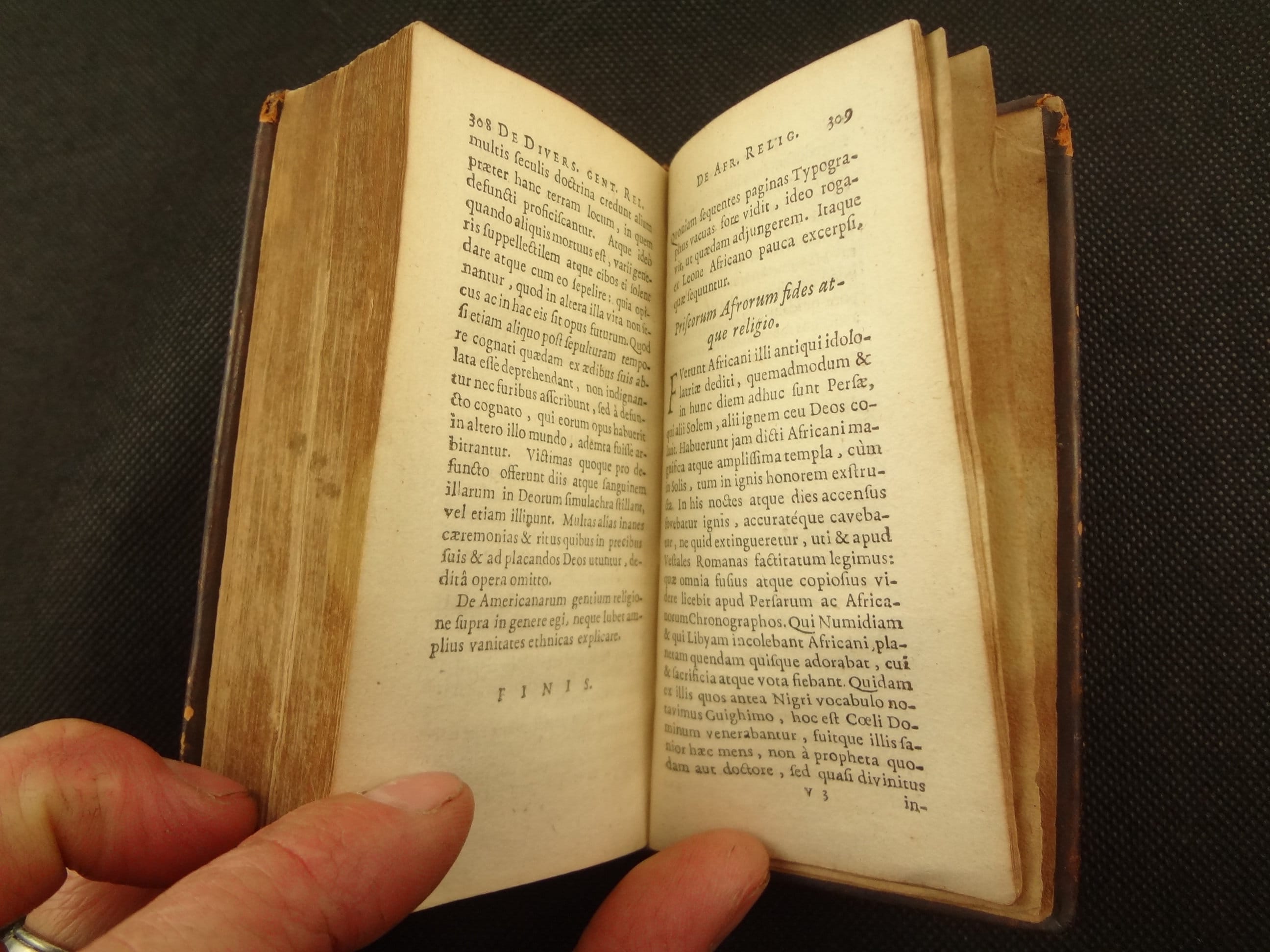 Internally quite clean, a scarce and lengthy 1649 description of the Kingdom of Japan; this is the first edition, as printed by the venerable Elzevir firm, and authored by the geographer and doctor Bernhard Varenius. The work is the first attempt at an overarching description of Japan in a European language based on source studies. Varen used materials from both the Catholic Japan Mission and the Protestant merchants of the Dutch East India Company (VOC). In addition, he indicated the sources he used and at the same time pointed out which sources he could not use. Among other things, he mentions the Kuroshioocean current,which is important for the archipelago.

This work is known as one of the best 17th century descriptions of Japan, and it went through four editions before being superceded fifty years later.

Varenius' work also contains the Latin translation of a description of Siam by the Dutch navigator Willem Corneliszoon Schouten, as well as excerpts by the Arab traveler and geographer Leo Africanus on religion in Africa.

Presented as two works, with seperate pagination/collation, Descriptio regni Japoniae and the Tractatus de religione Japoniae. "These works of special geography are usually regarded as a single book in part because they were published under the title of Descriptio regin Japoniae et Siam, cum brevi informatione de diversis omnium religionibus (Amsterdam, 1649). In actuality, the volume consisted of five separate works–a description of Japan by Varenius, a Latin translation of Jodocus Schouten’s account of Siam, the discourse on religion in Japan by Varenius, excerpts from Leo Africanus in religion in Africa, and a short Dissertatio de Rebuspublica in genere." - Vern L. Bullough, Encyclopedia.com

Varenius’ early years (from 1627) were spent at Uelzen, where his father was court preacher to the duke of Brunswick. Varenius studied at the gymnasium of Hamburg (1640–1642), and at Königsberg (1643–1645) and Leiden (1645–1649) universities, where he devoted himself to mathematics and medicine, taking his medical degree at Leiden in 1649. He then settled at Amsterdam, intending to practice medicine. But the recent discoveries of Abel Tasman, Willem Schouten and other Dutch navigators, and his friendship for Willem Blaeu and other geographers, attracted Varenius to geography. He died in 1650, aged only twenty-eight, a victim to the privations and miseries of a poor scholar's life. - Wikipedia

See pictures. Despite wear, leather still feels nice and looks good. Joints, edges, corners worn to binding. Line in middle of spine where book was opened too far and crazed leather. 1 cm chip at top edge of spine. Joints starting, with crazing. Several light ink-marks along fore-edge of text block. Two pencil notes on pastedowns. Pastedowns and flyleaves with impression of turn-ins, presumably from binding being oiled (the older method of keeping leather alive). First five leaves at ends with some darkening at very edges of paper. Slightest speration at gutter between flyleaf and title page. Title page seems to be remounted, as a tiny stub of it is at the gutter behind it, but it's so well done I wouldn't be able to tell without the second stub. It is the 1649 edition becuase the mis-numbered pages are present. Pages clean with wide margins. p17 has chip at fore-edge. p145 pin-hole.A few dog-eared pages.Foldout and facing pages a little more worn at edges. p85 v2 small ember hole