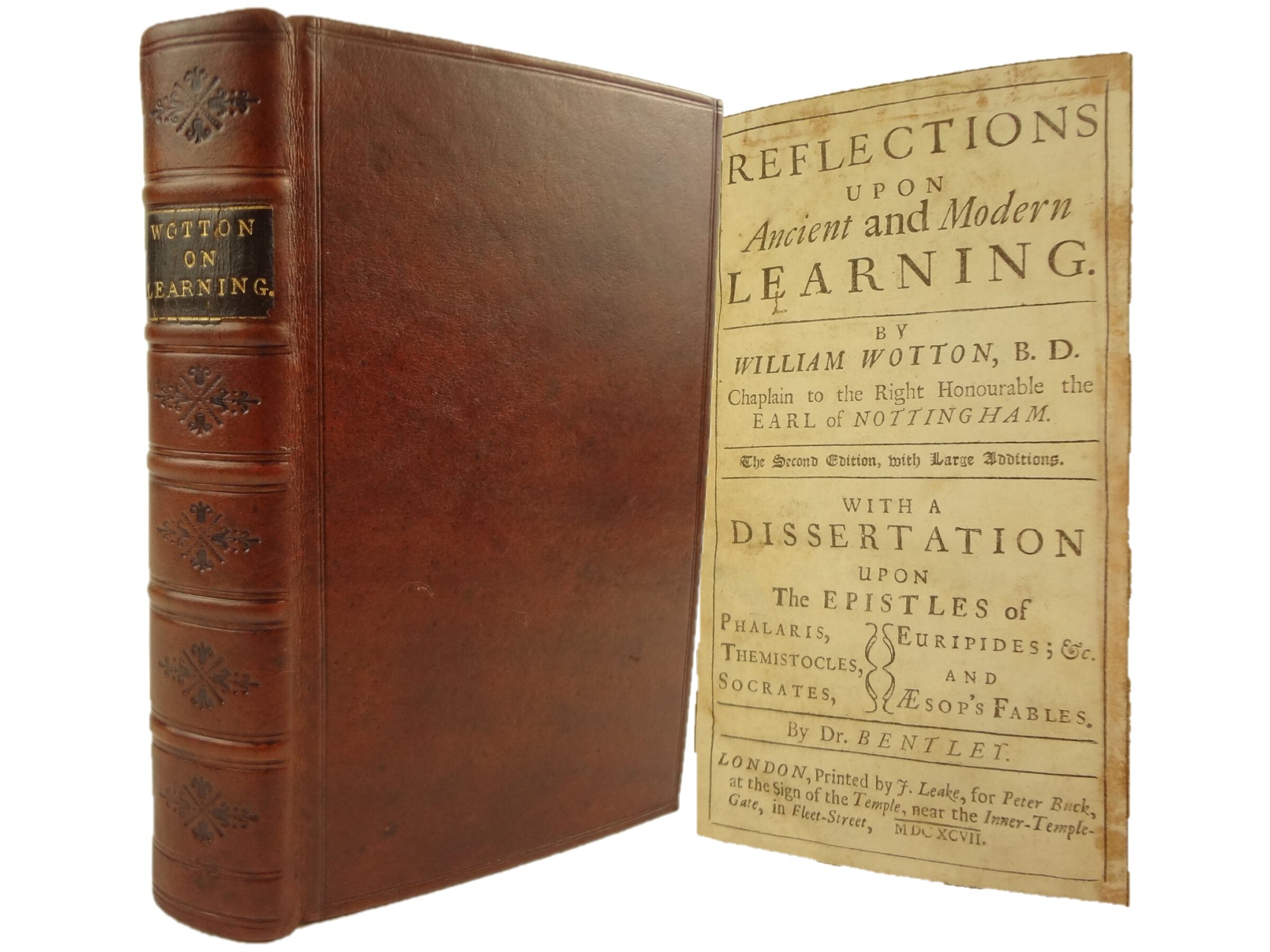 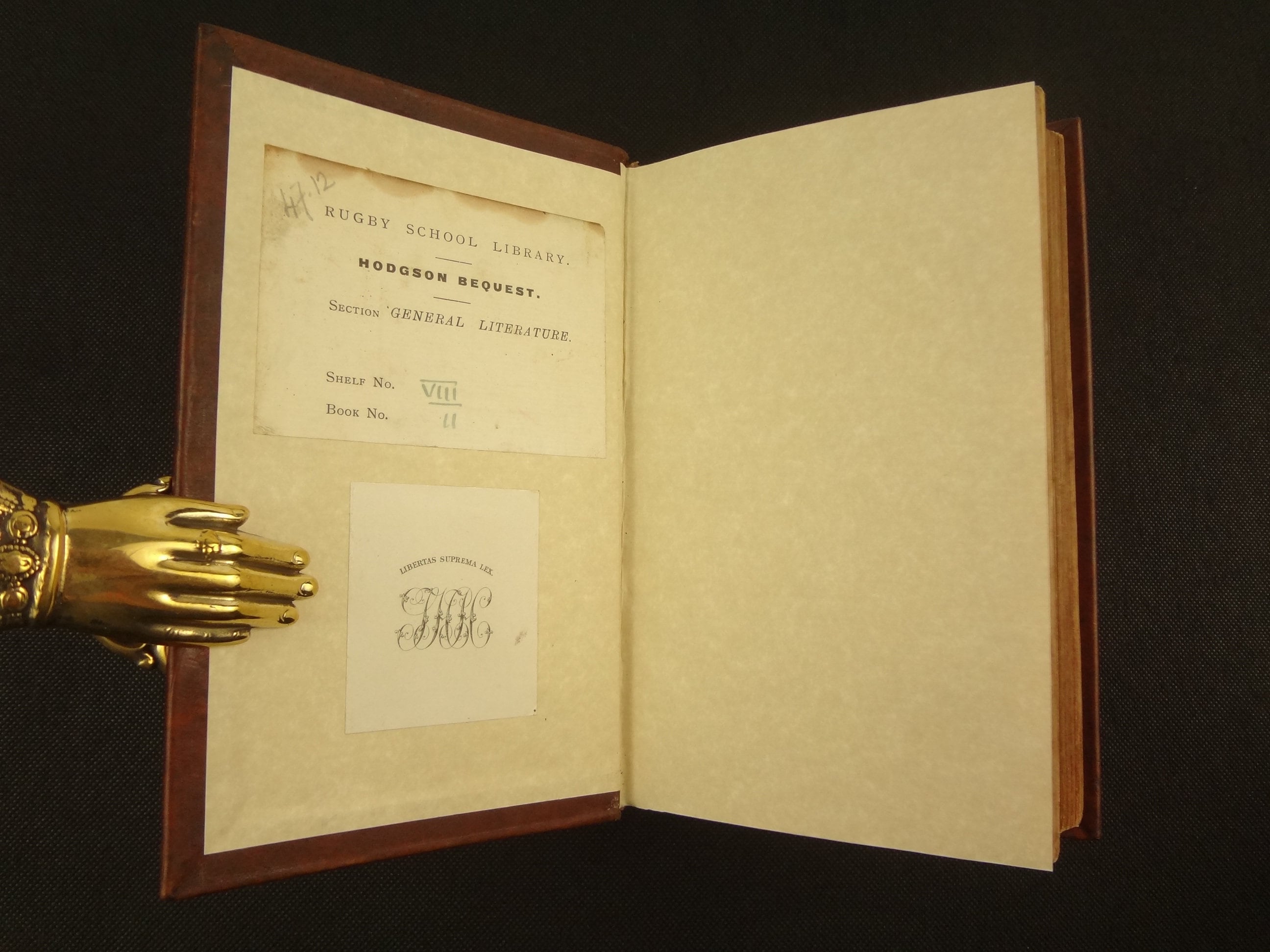 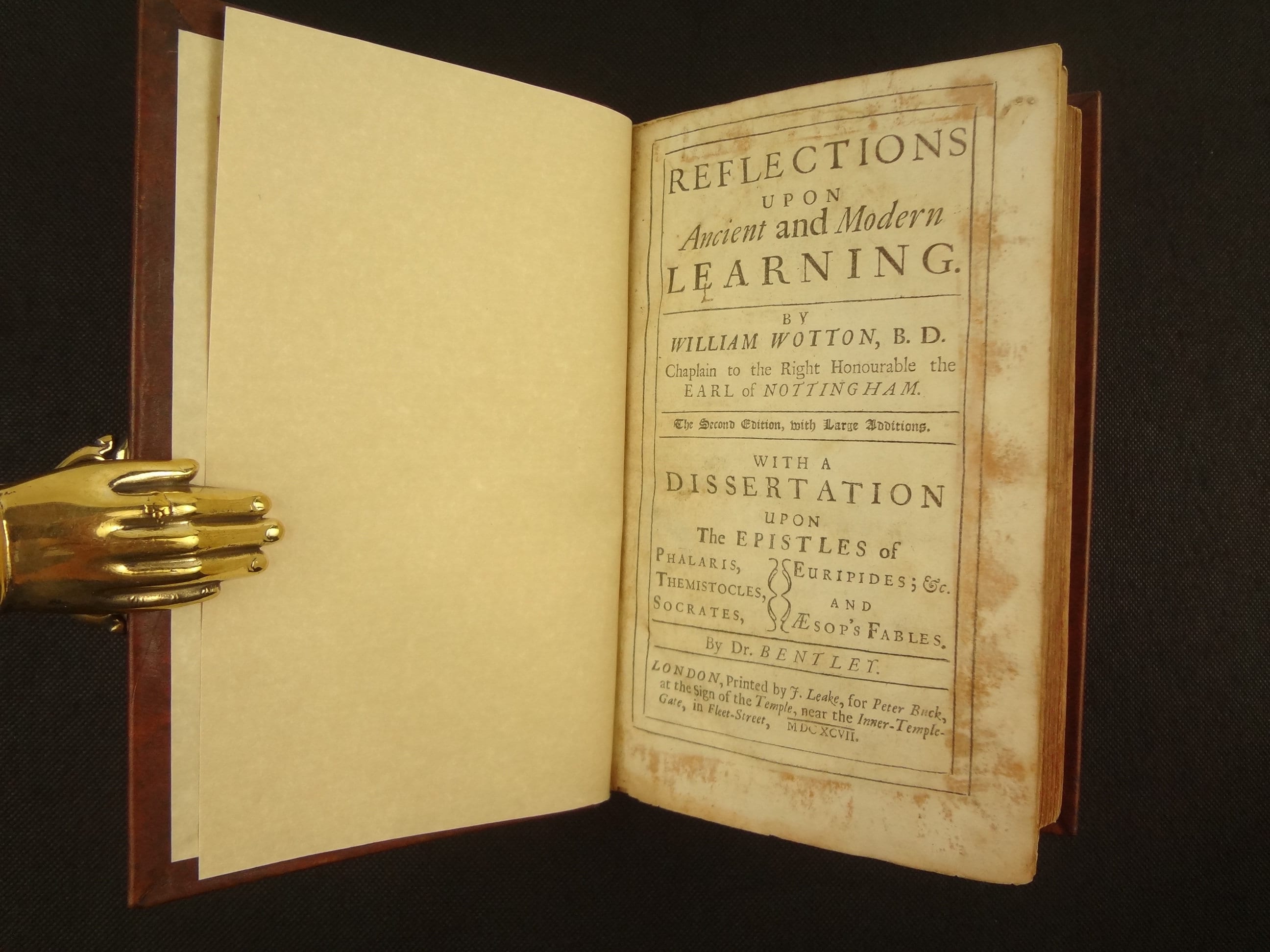 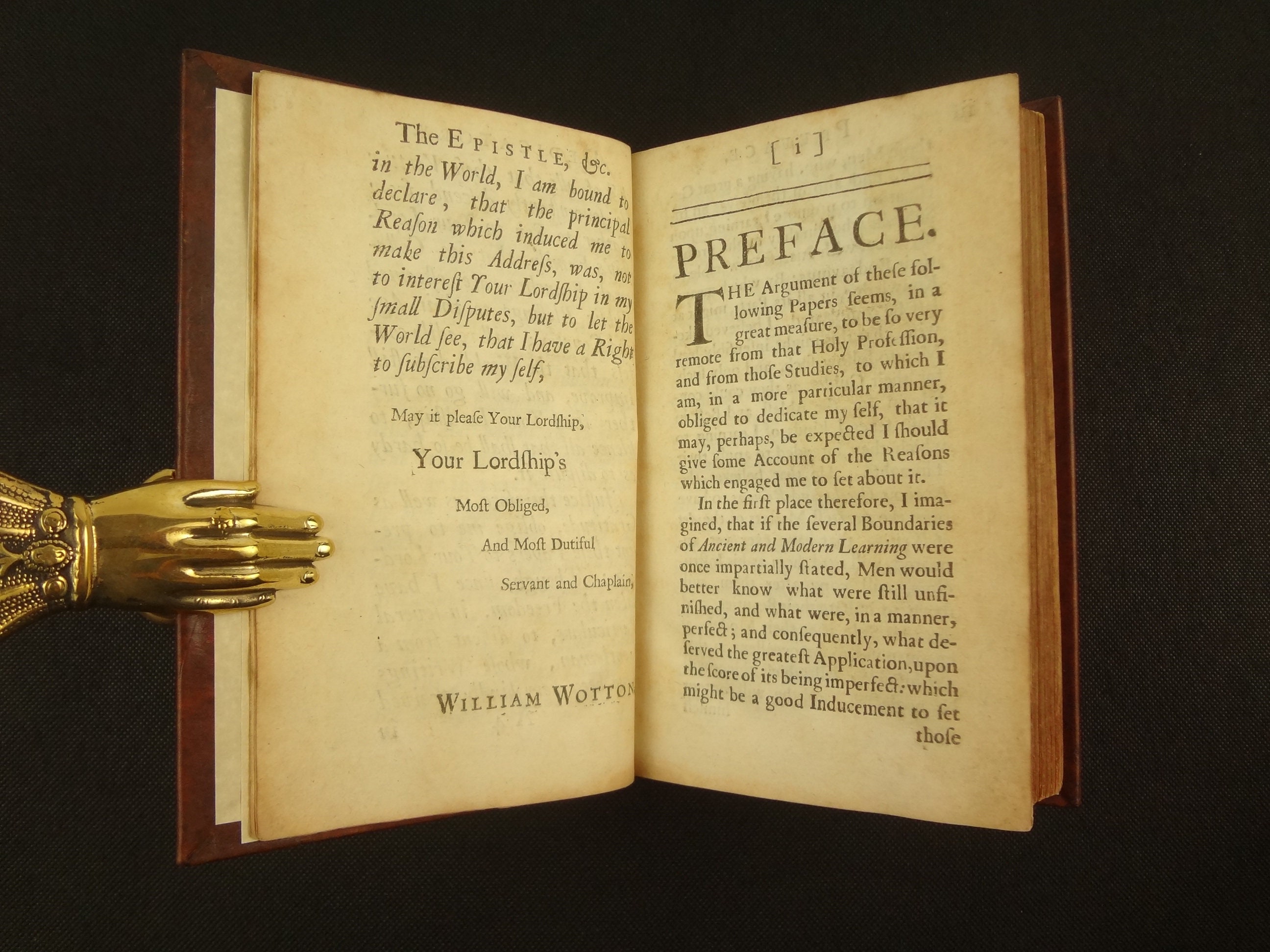 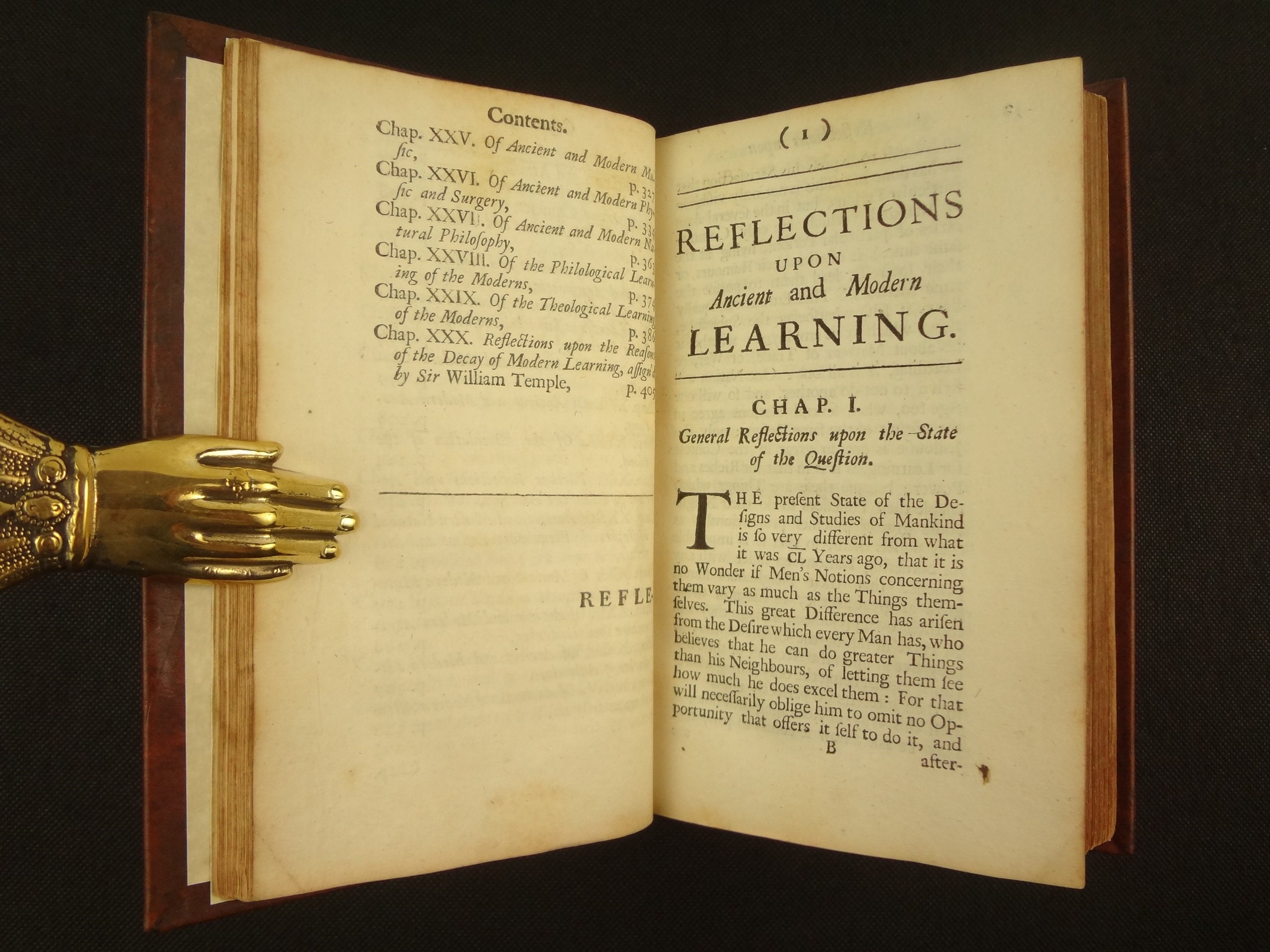 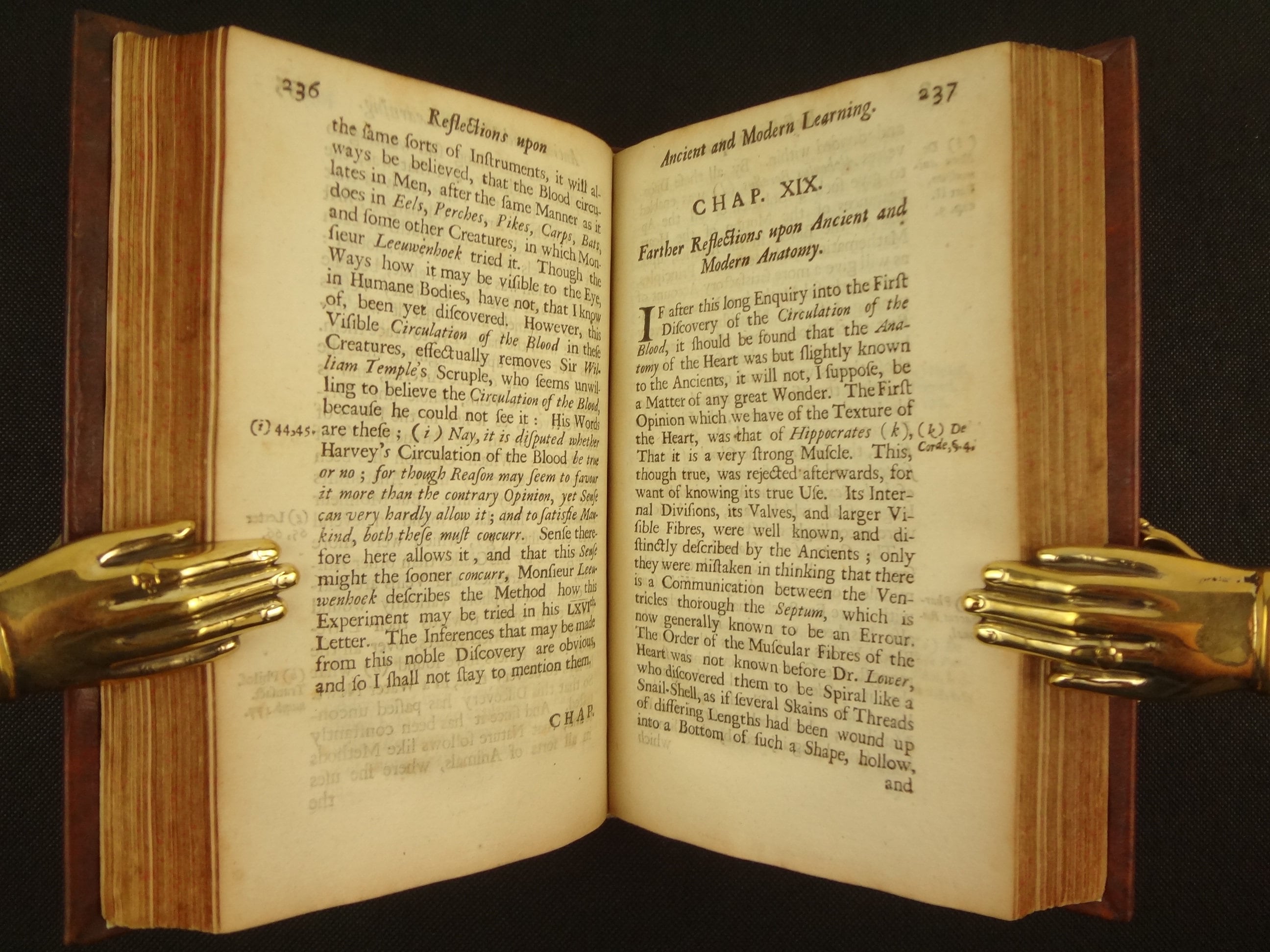 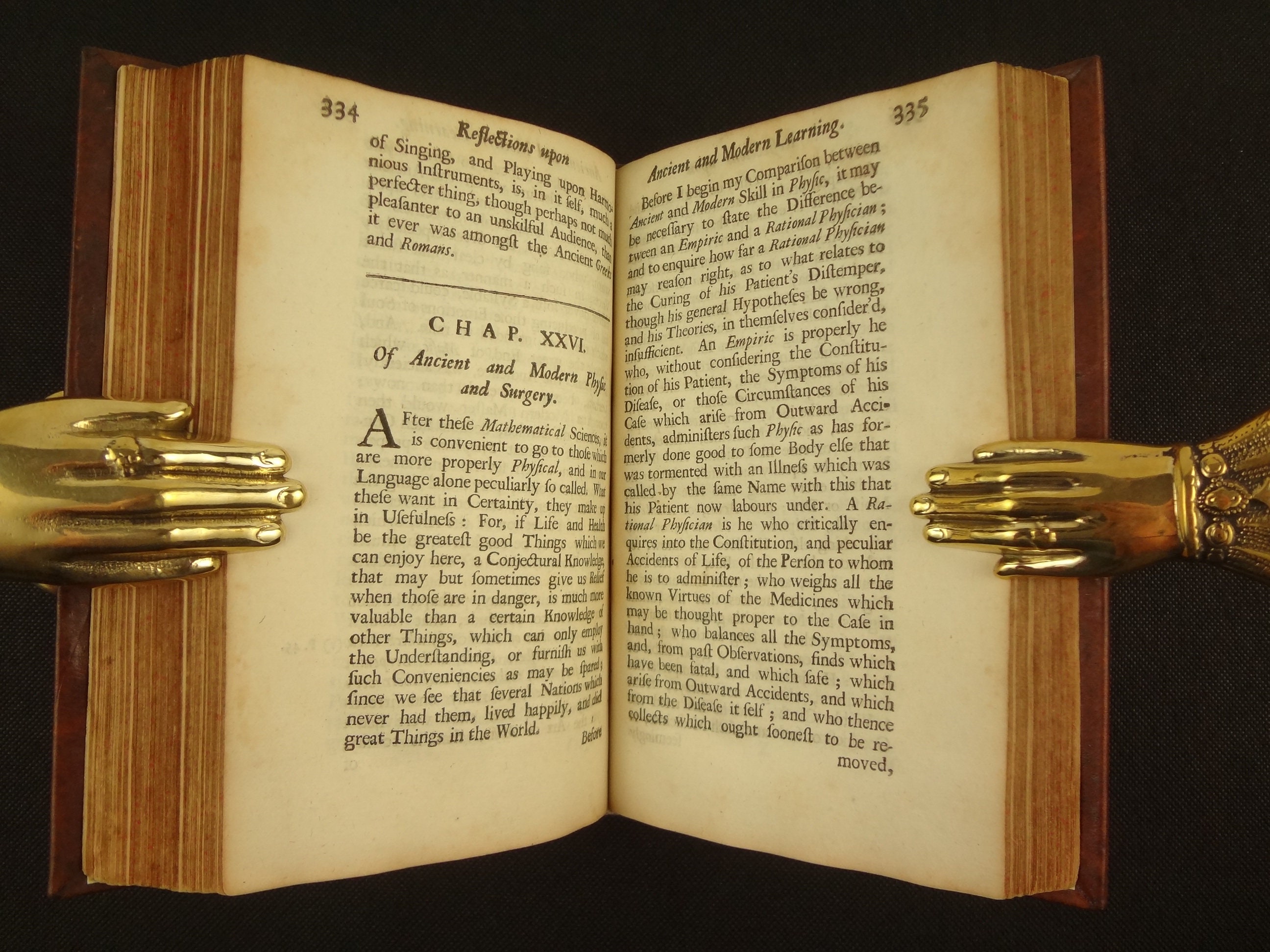 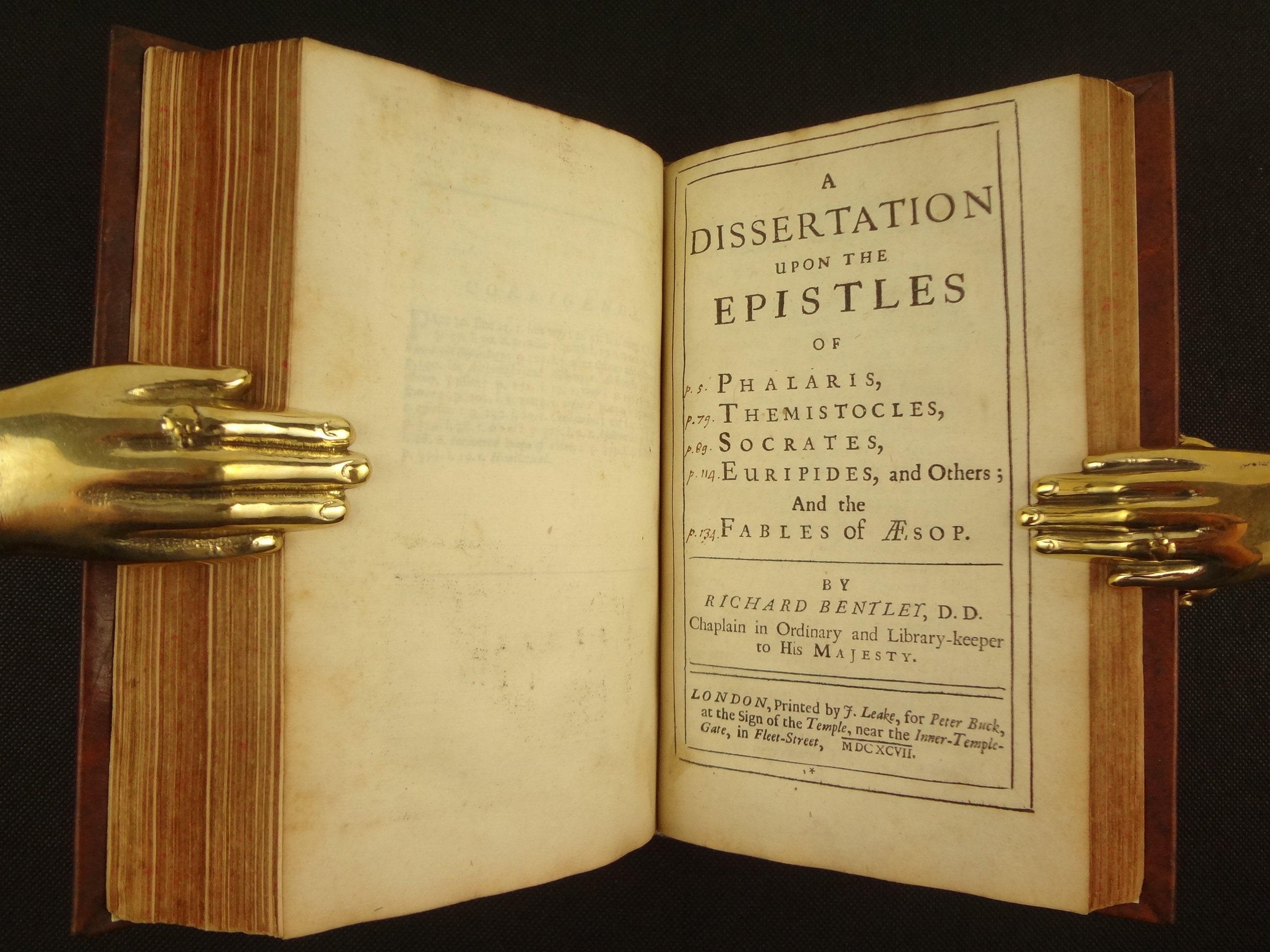 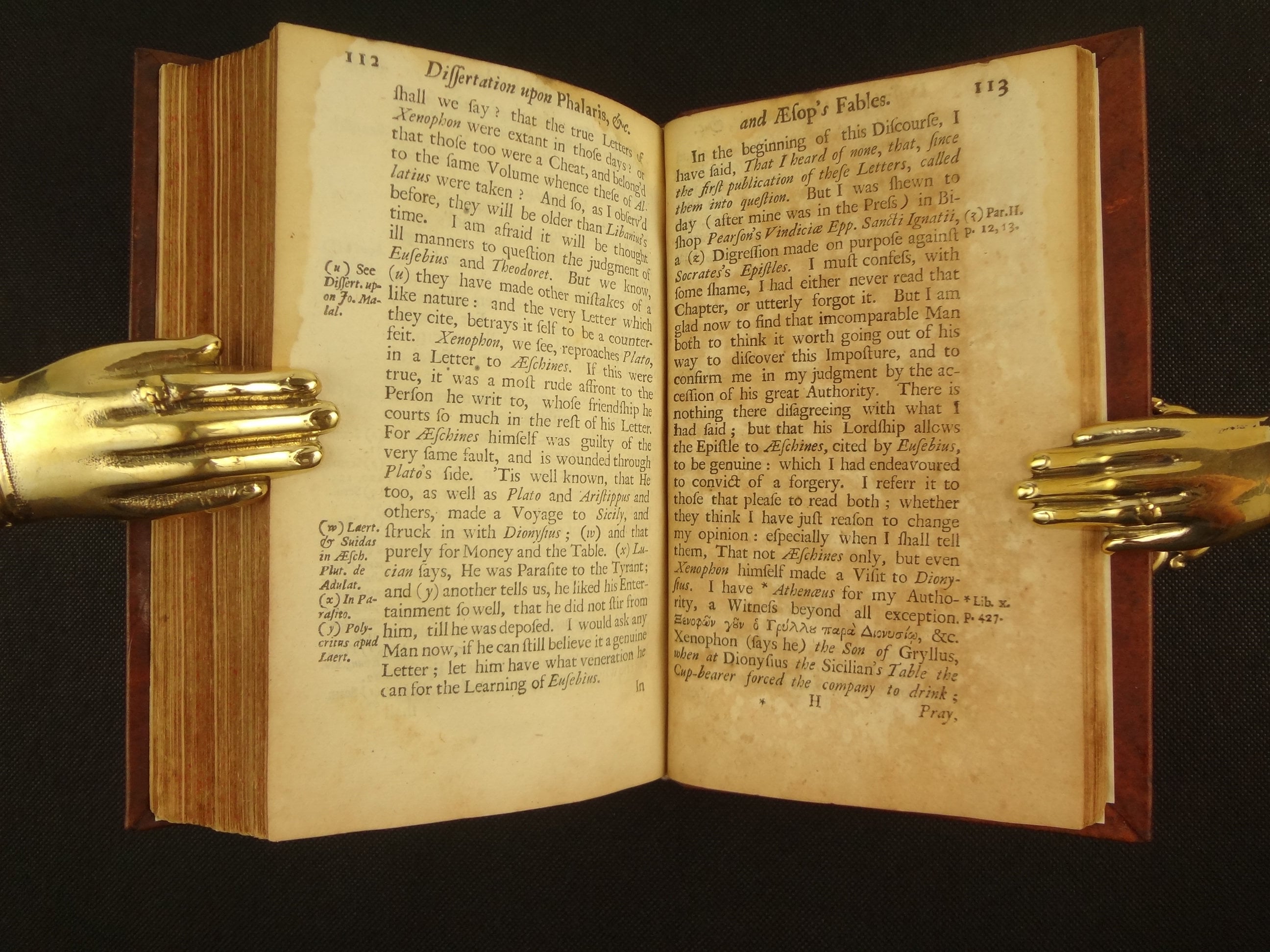 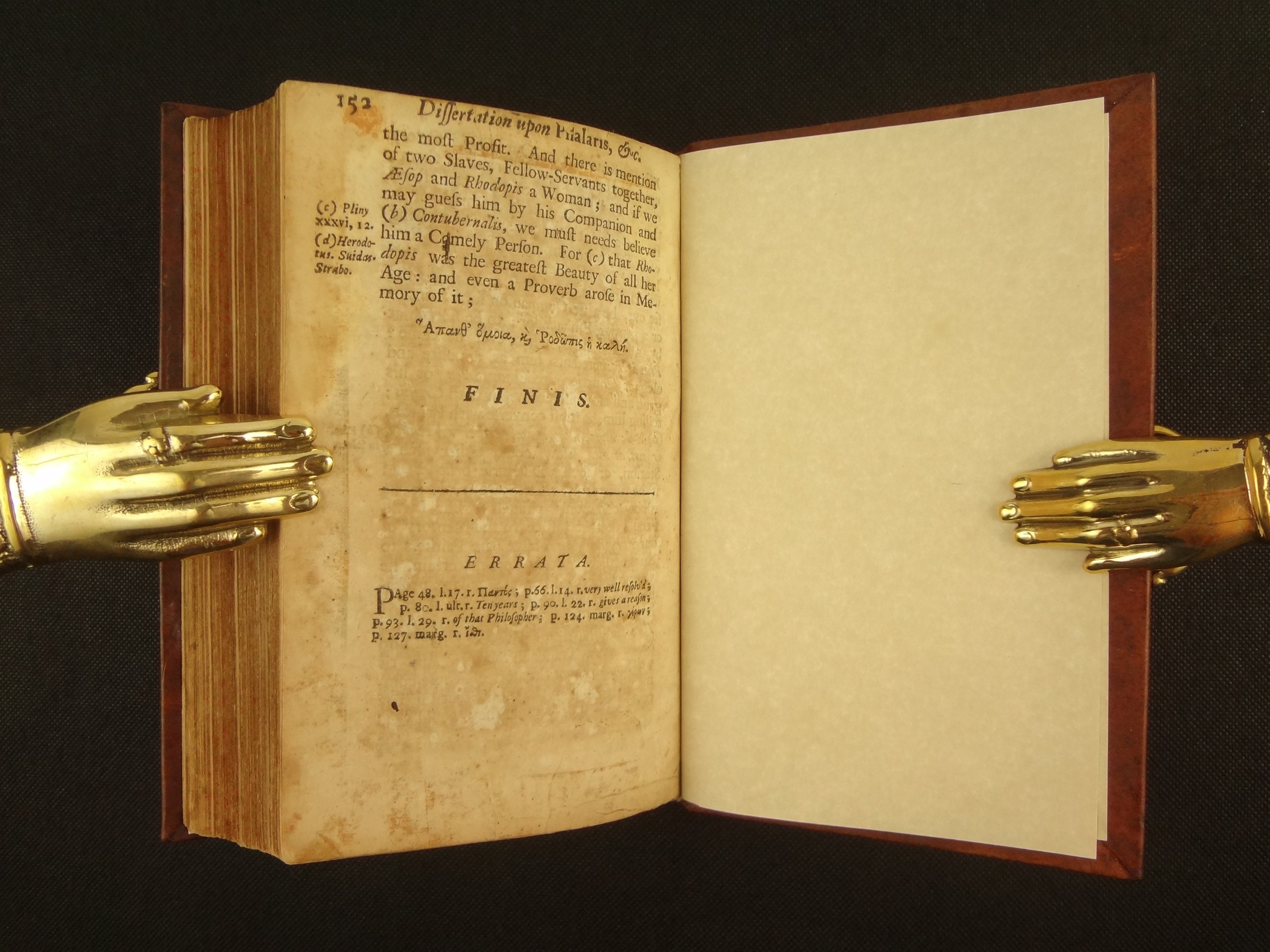 Wotton's second edition, "with Large Additions", of his treatise regarding Ancient and Modern Learning, an important work largely because Wotton was the first to describe William Harvey's work and learnings regarding the circulation of blood. Published as a counter-point to another scholar, the argument later satirized by Jonathan Swift.

At the time of publication, Wotton was engaging in an intellectual battle regarding whether ancient or modern learning was more important. Here Wotton directly responds to a published work by Sir William Temple on the same subject; "(Wotton) praised the Moderns in most but not all branches of learning, conceding the superiority of the Ancients in poetry, art, and oratory. The primary points of contention were then quickly clouded and confused, but eventually two main issues emerged: whether literature progressed from antiquity to the present as science did, and whether, if there was progress, it was linear or cyclical. These matters were seriously and vehemently discussed. Jonathan Swift, defending his patron Temple, satirized the conflict in his Tale of a Tub (1704), and, more importantly, in The Battle of the Books (1704)." - Encyclopedia Britannica