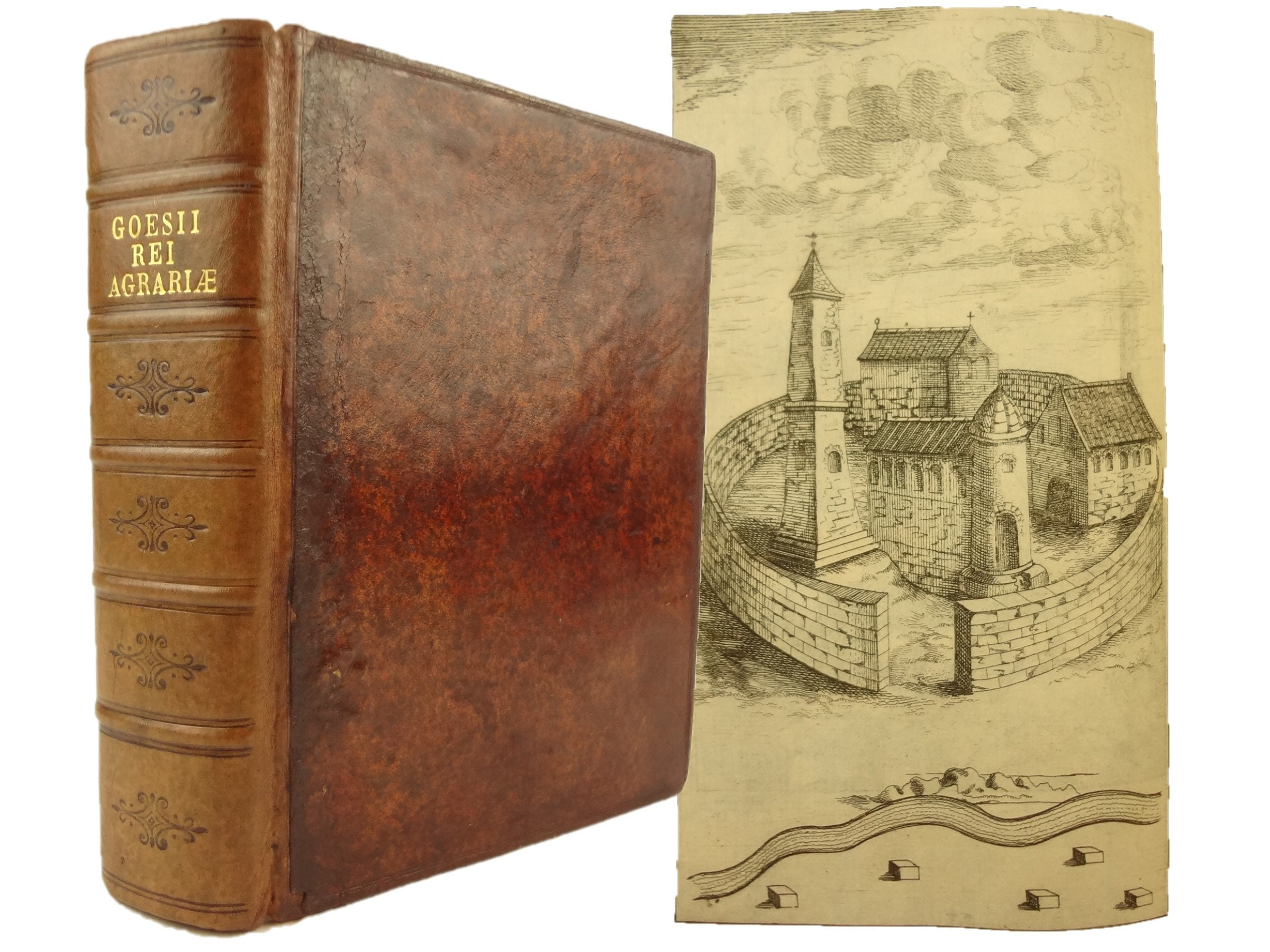 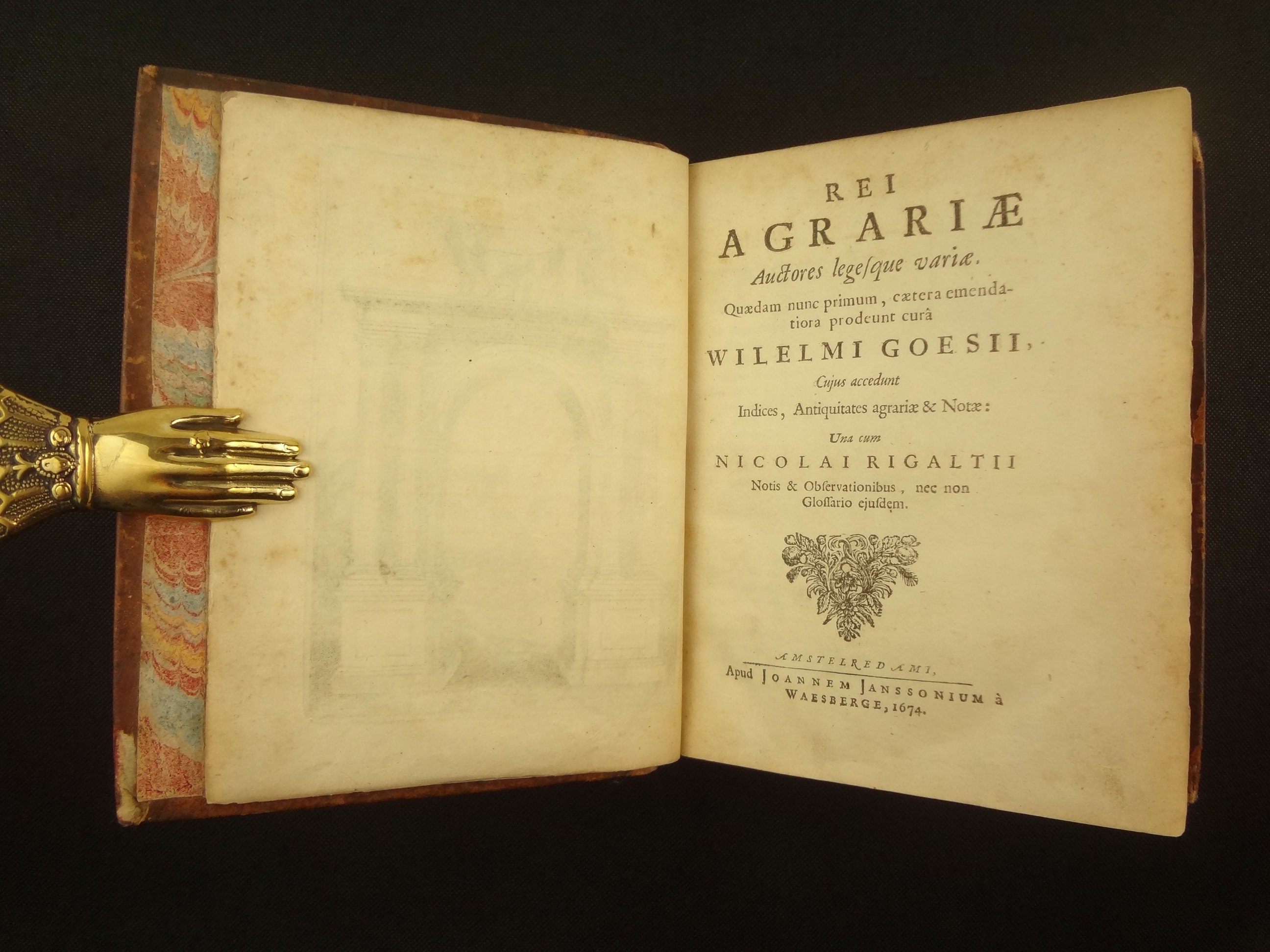 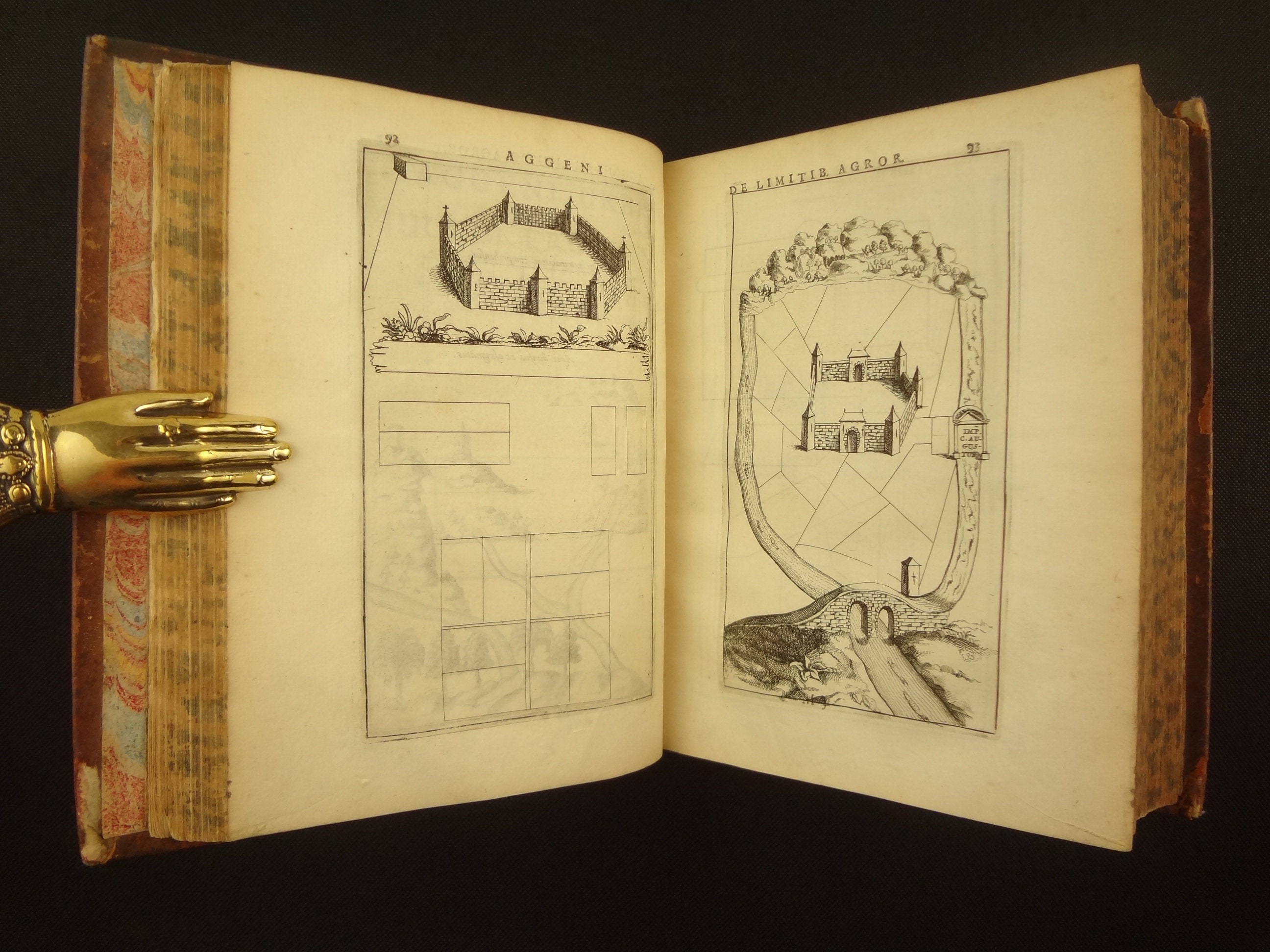 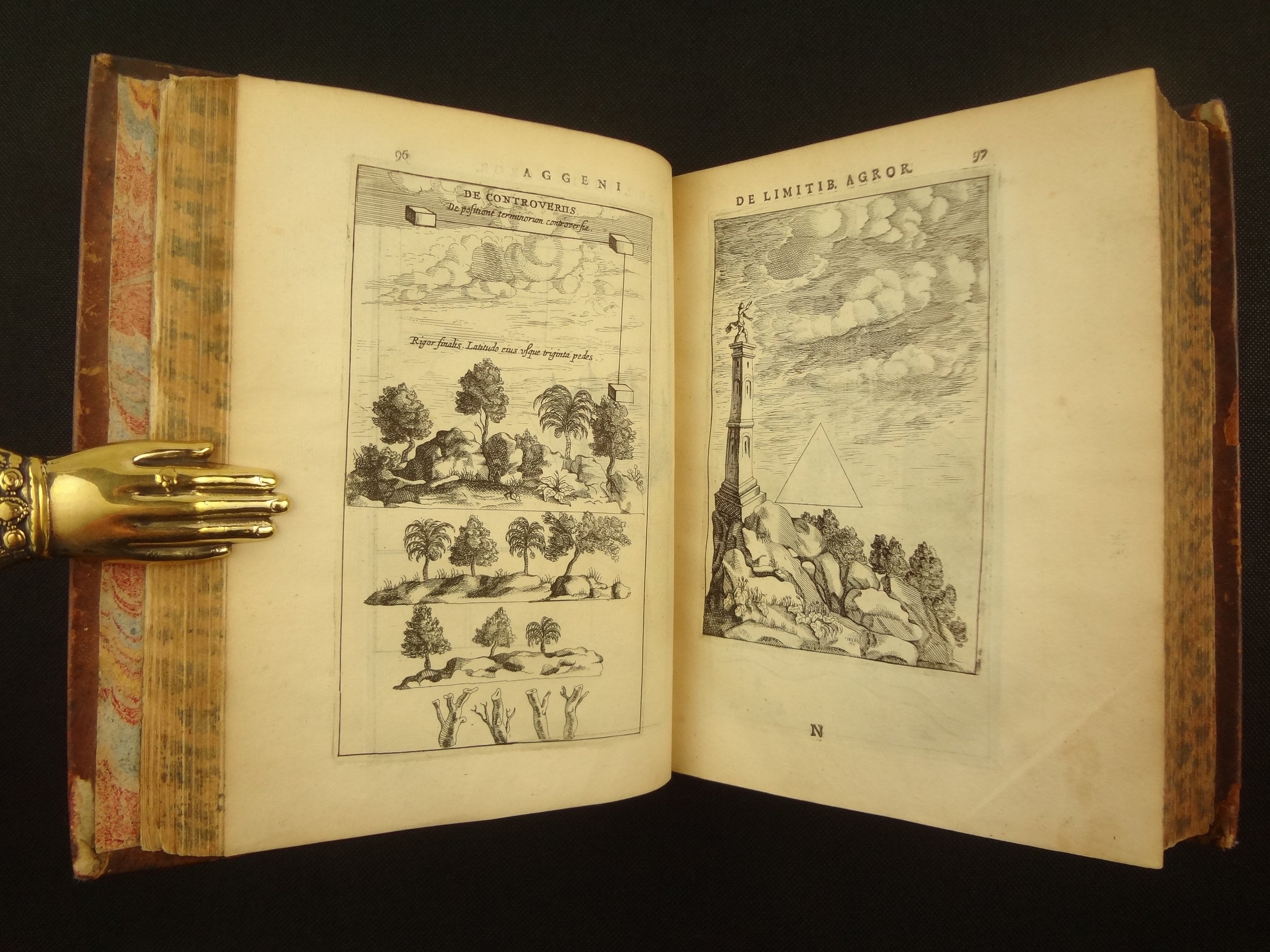 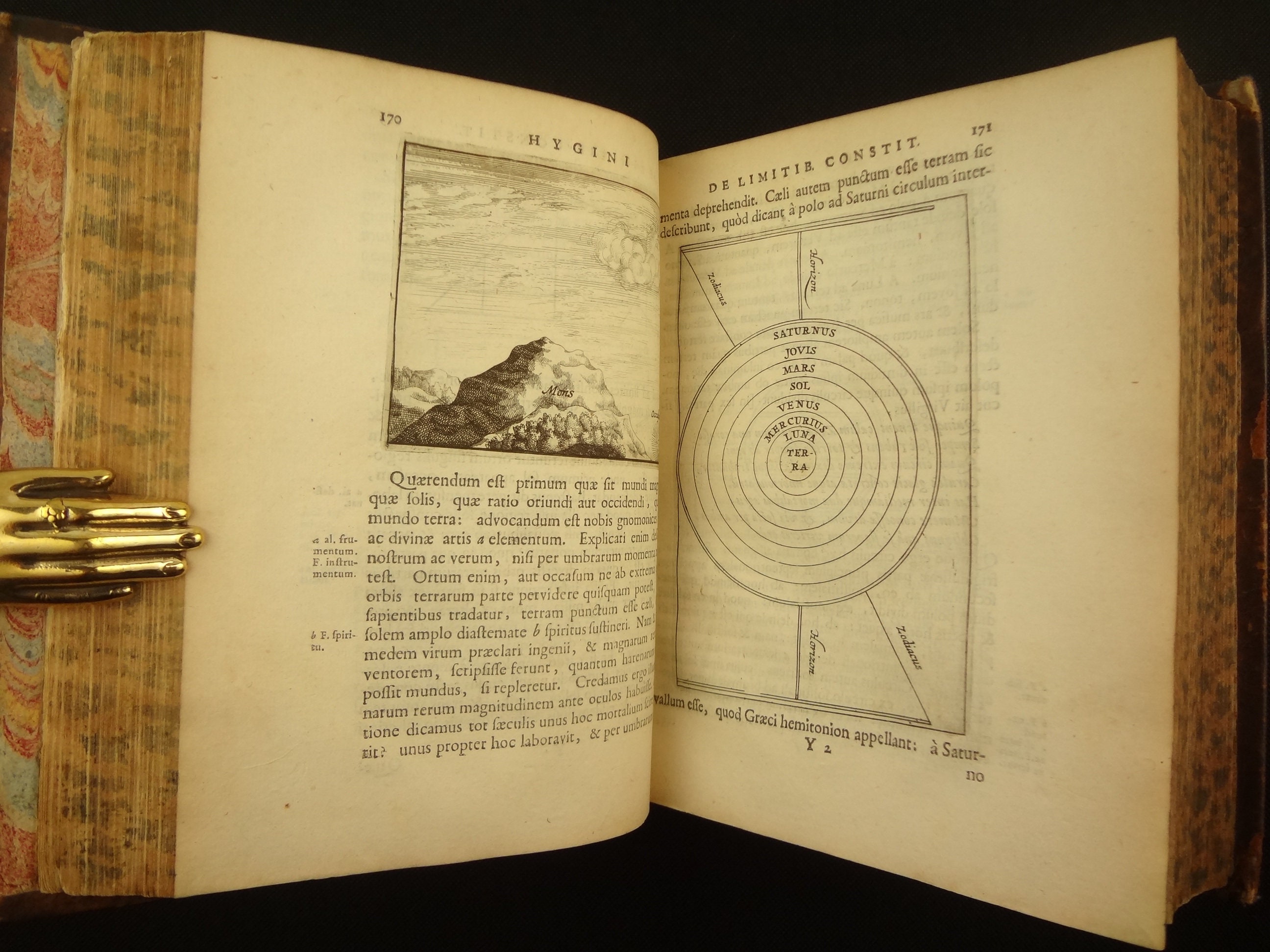 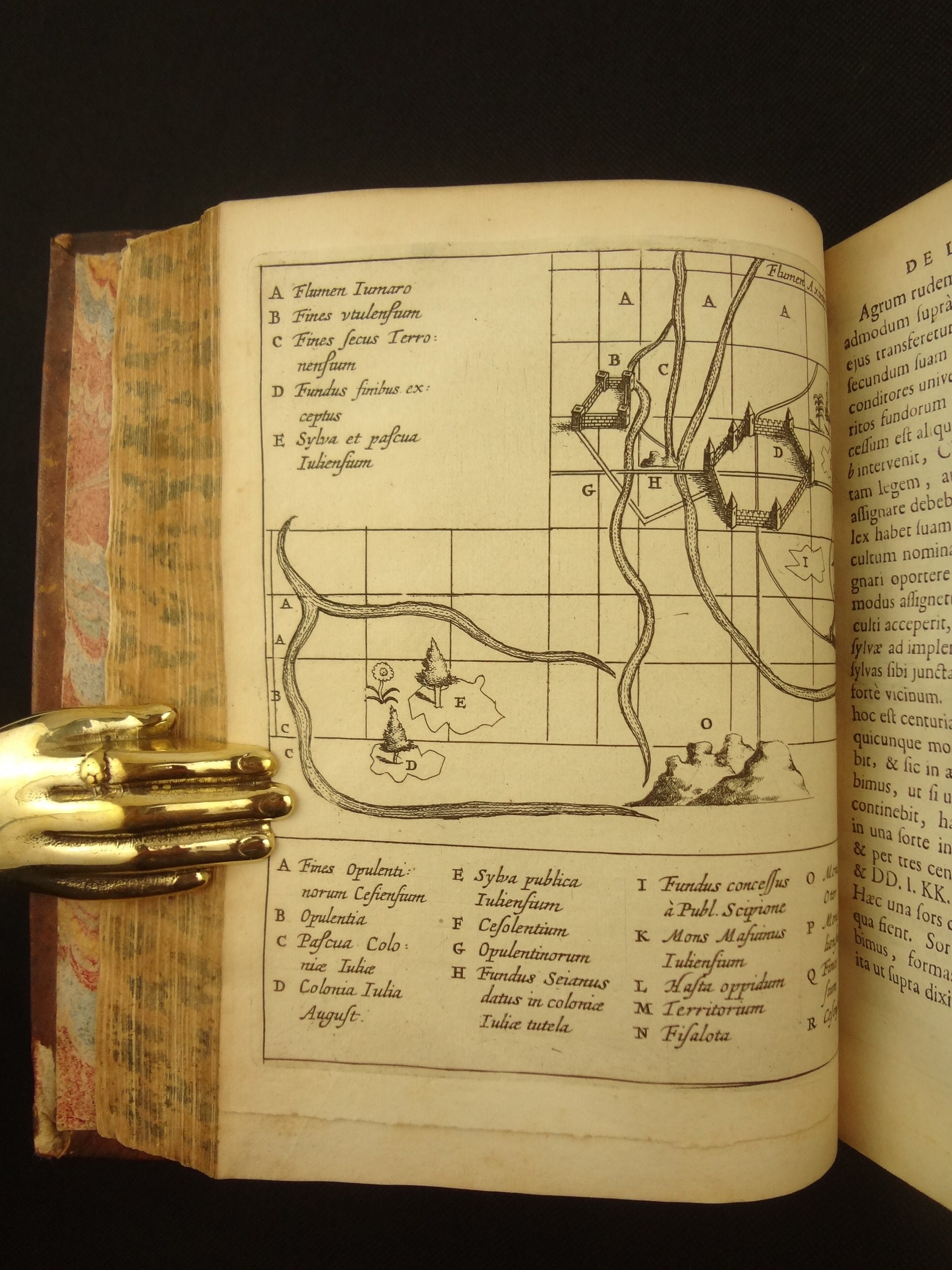 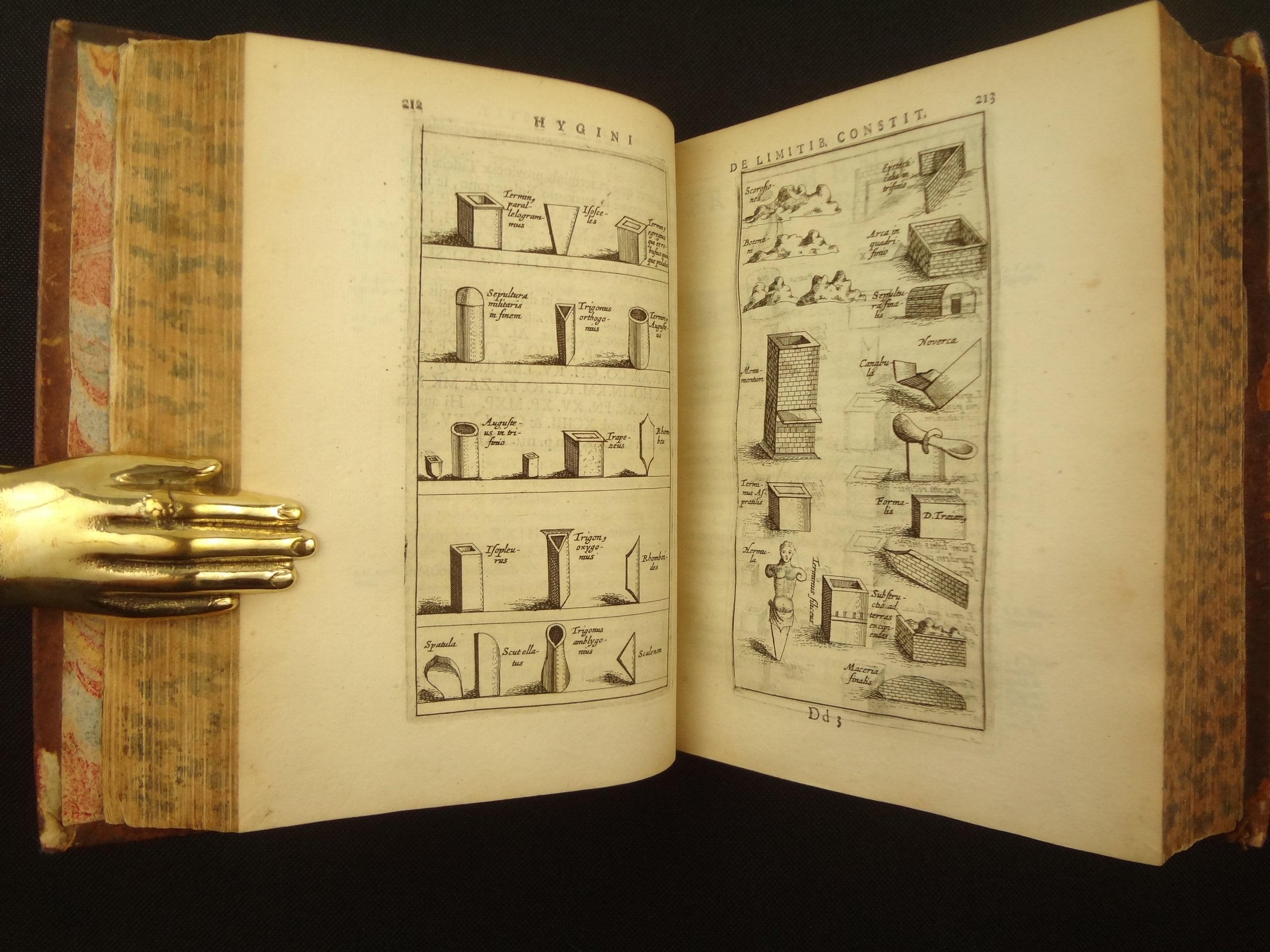 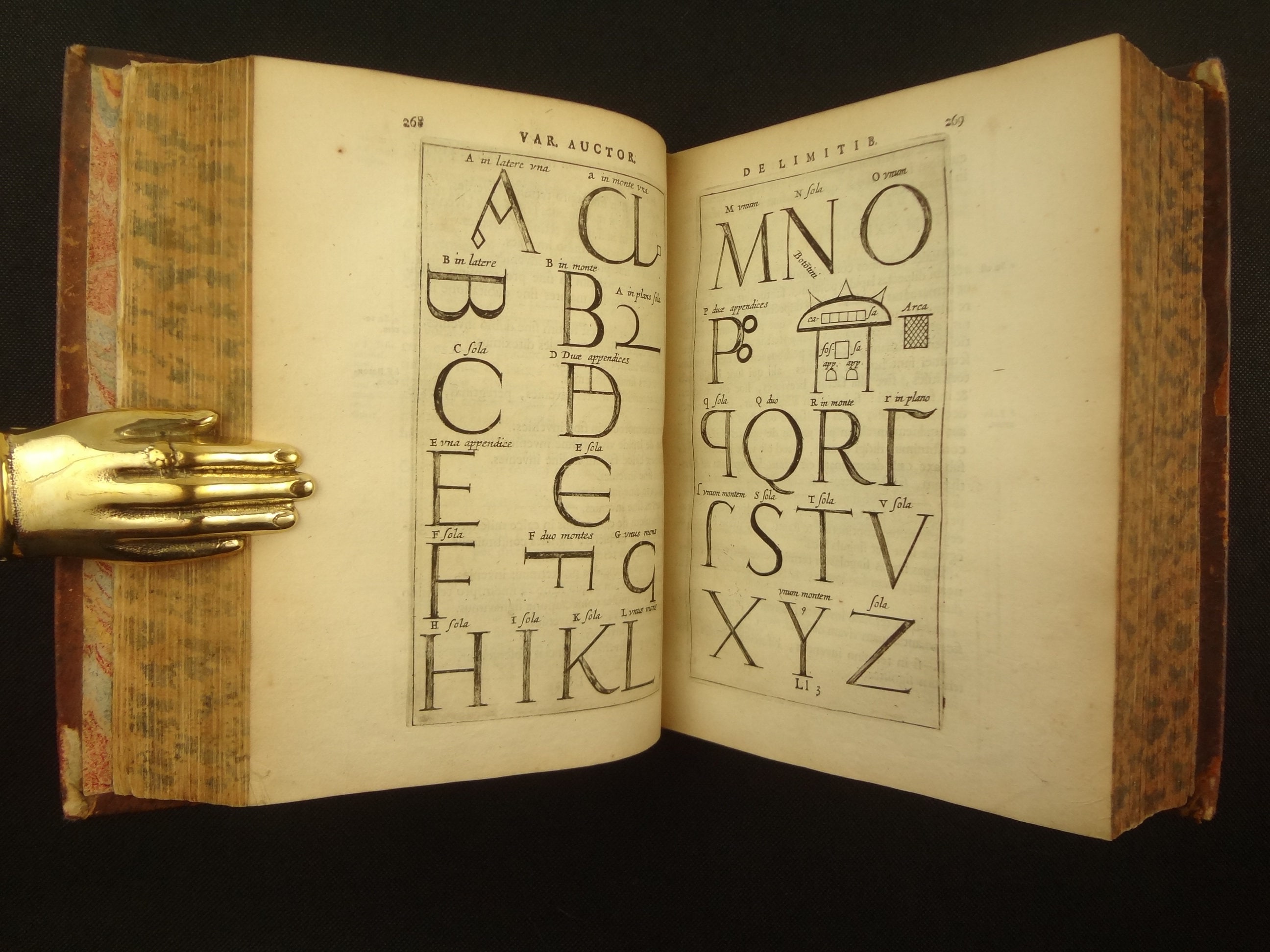 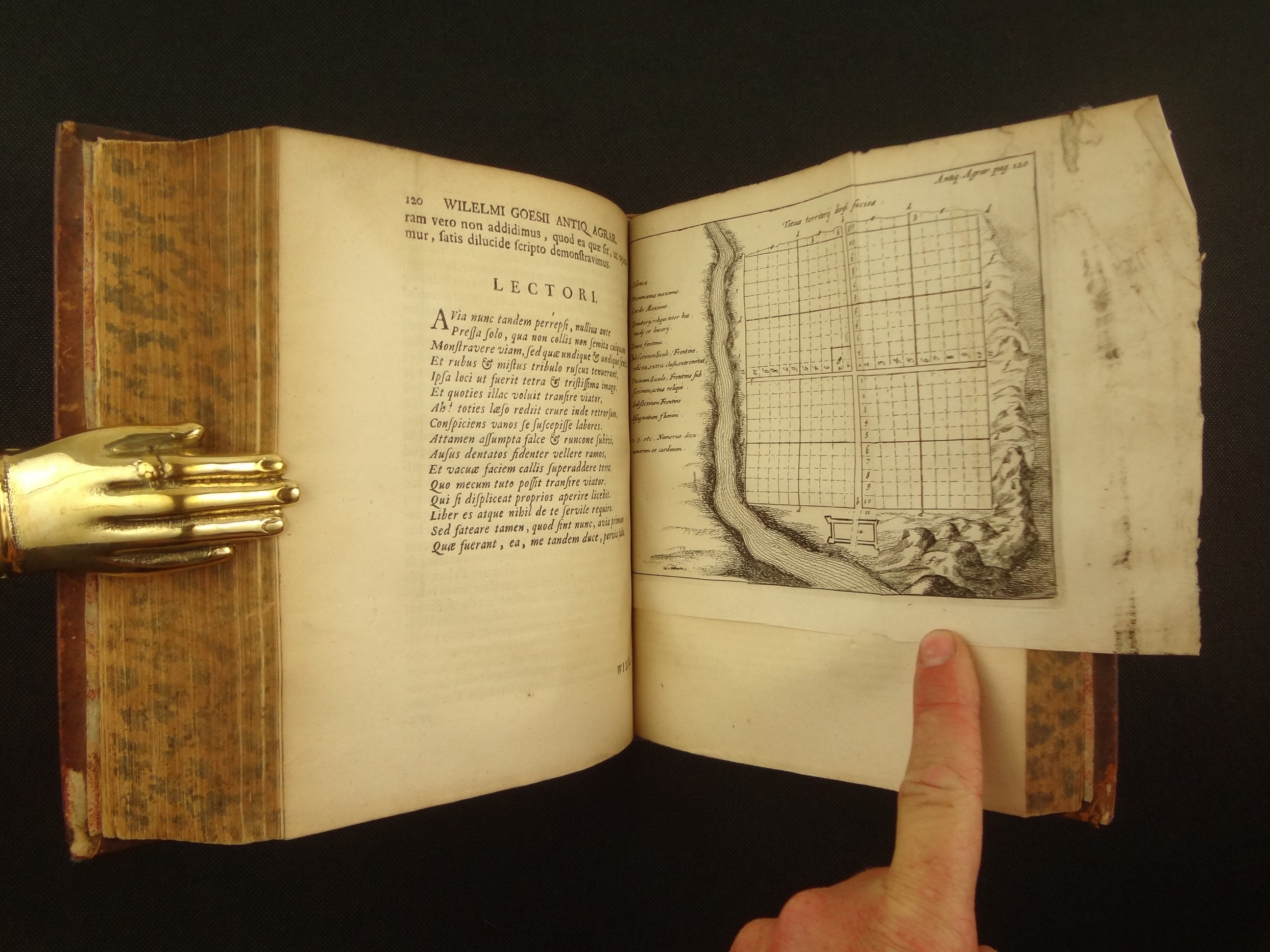 The Roman surveying works are mainly found in an ancient manuscript titled Corpus Agrimensorum Romanorum, which was discovered in the 16th century and first printed by Turnebus in 1554. Goes notes that he had access to fragments, which indicates he used manuscripts beyond the Corpus.

The woodcuts, which follow that of the 1554 edition, capture (and teach) the Roman surveying drawing technique of scaenographia.

Goes edition is a go-to work on Roman land division, as evidenced by the many, many times he's quoted in the section on Ager in Smith's Dictionary of Greek and Roman Antiquities (1875).

There is a second section, by Goes, on the history of Roman agriculture, Antiquita Tum Agrariarum.

Measures approx. 20.5 x 16 x 5 cm, quarto. Calf binding, respined. Illustrated. Three plates (other copies call for three fold-outs, but in this copy the foldout at p194 was trimmed tight so it fits within the binding without folding, so there are only two fold-outs), and many other illustrations. Pages - xx, 360, index/etc - 60, 328.