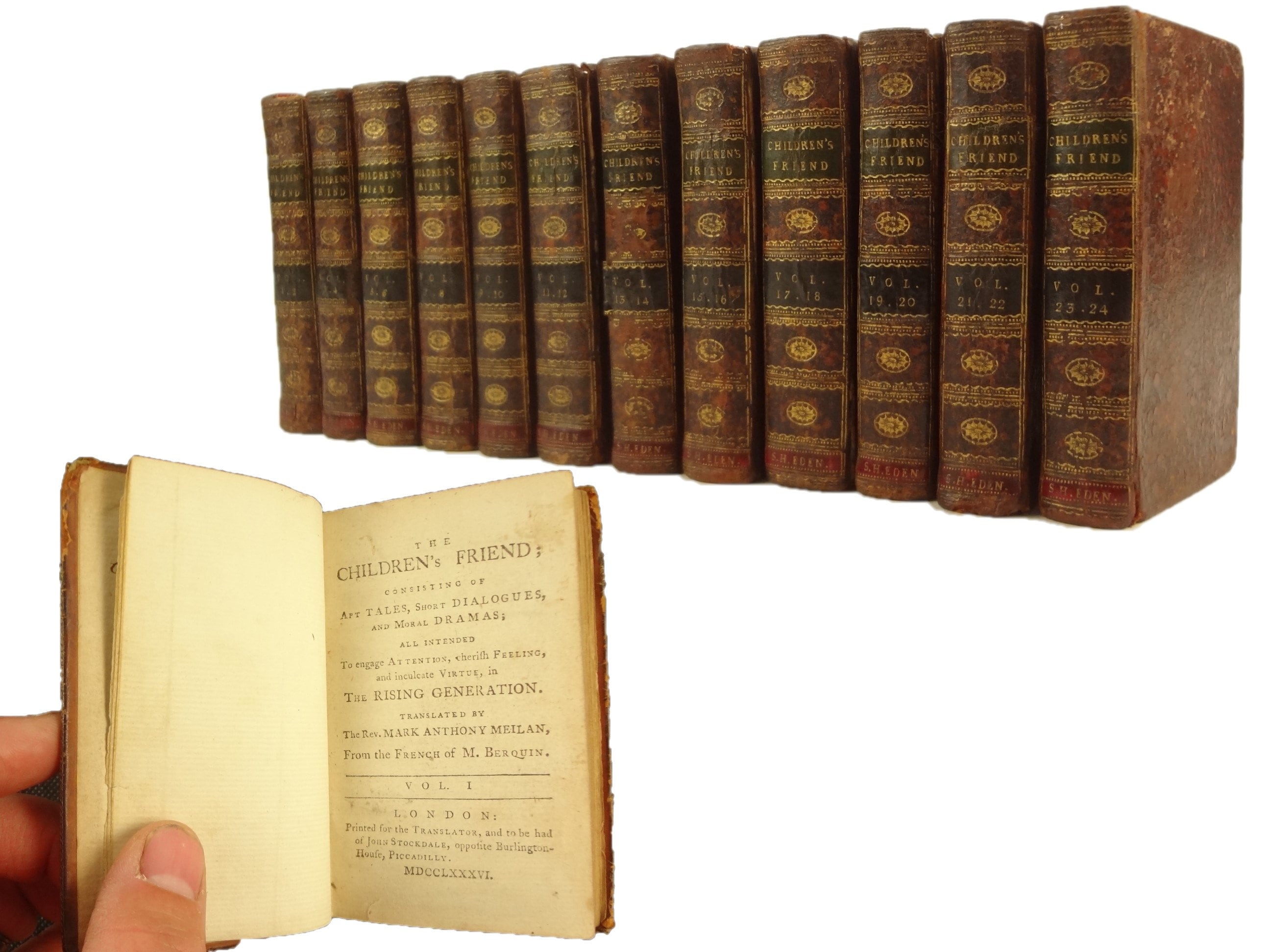 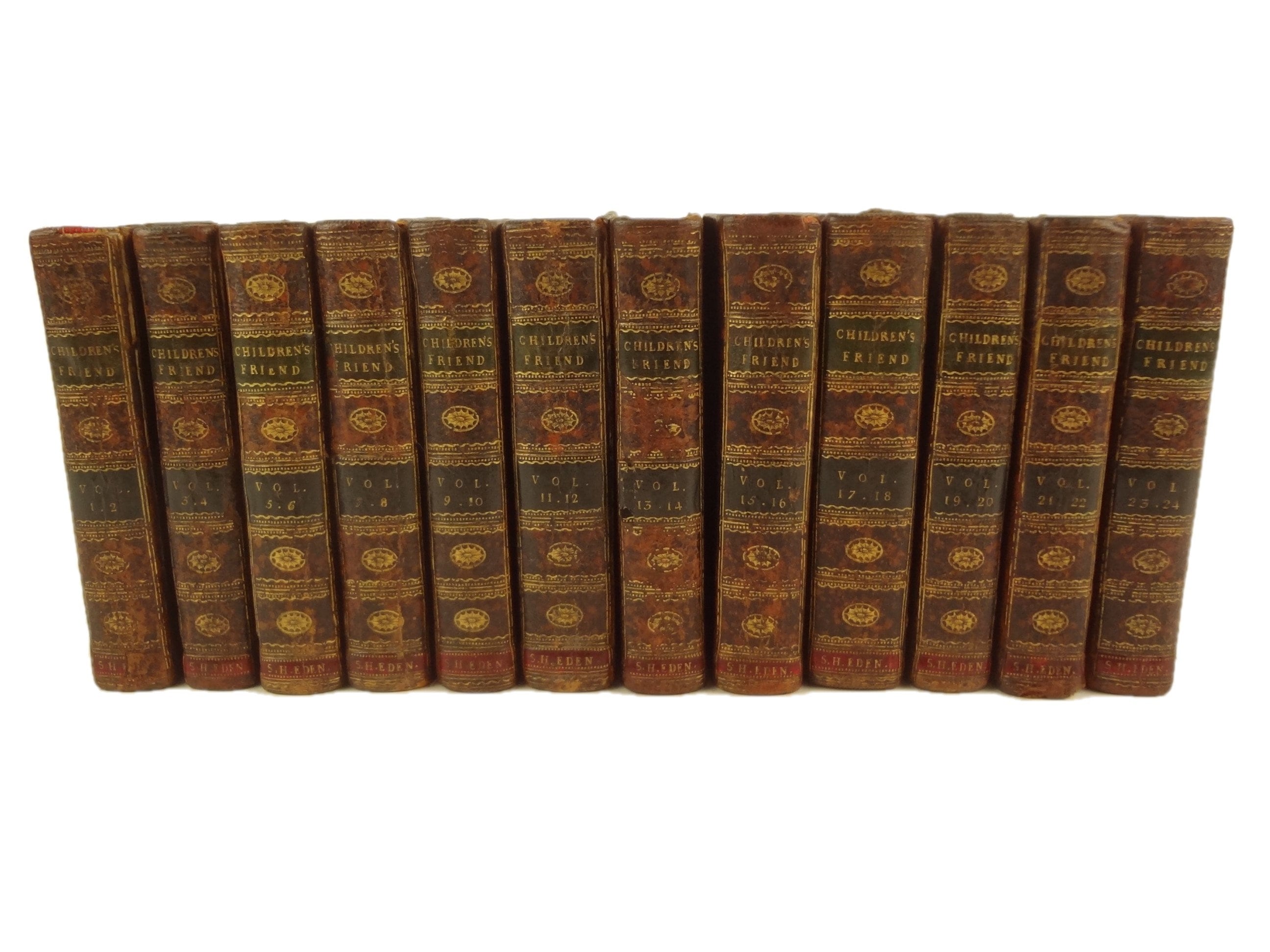 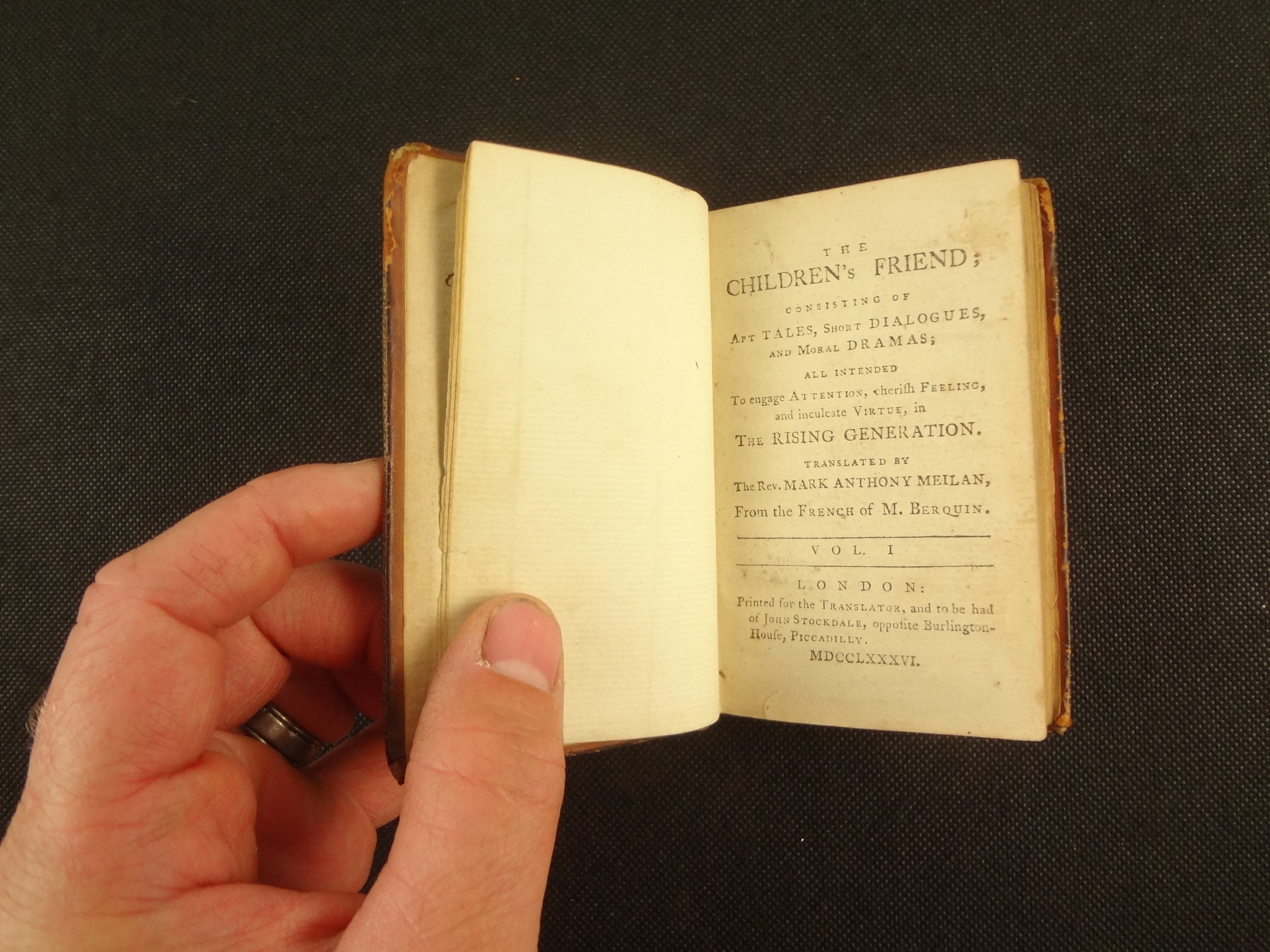 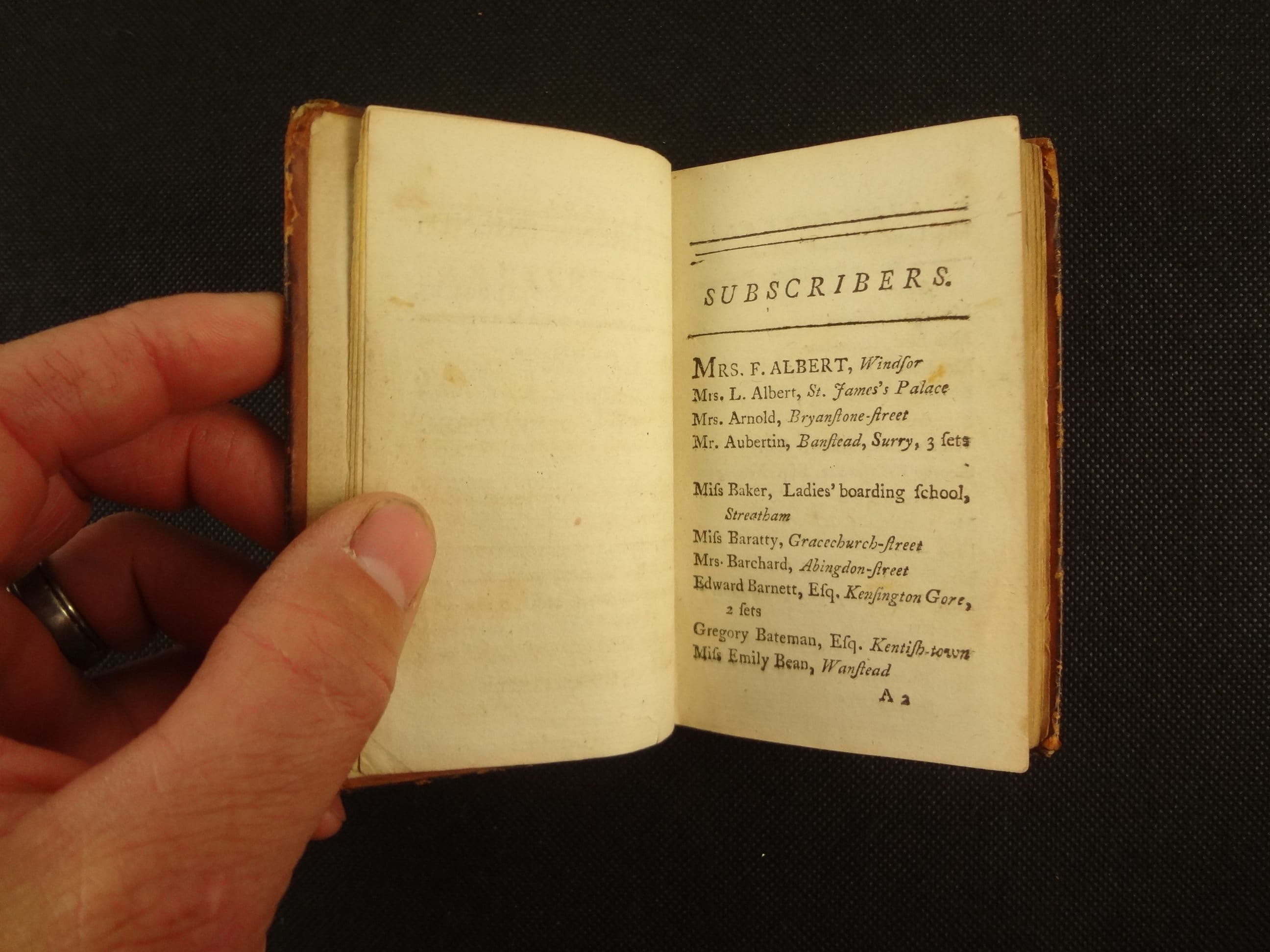 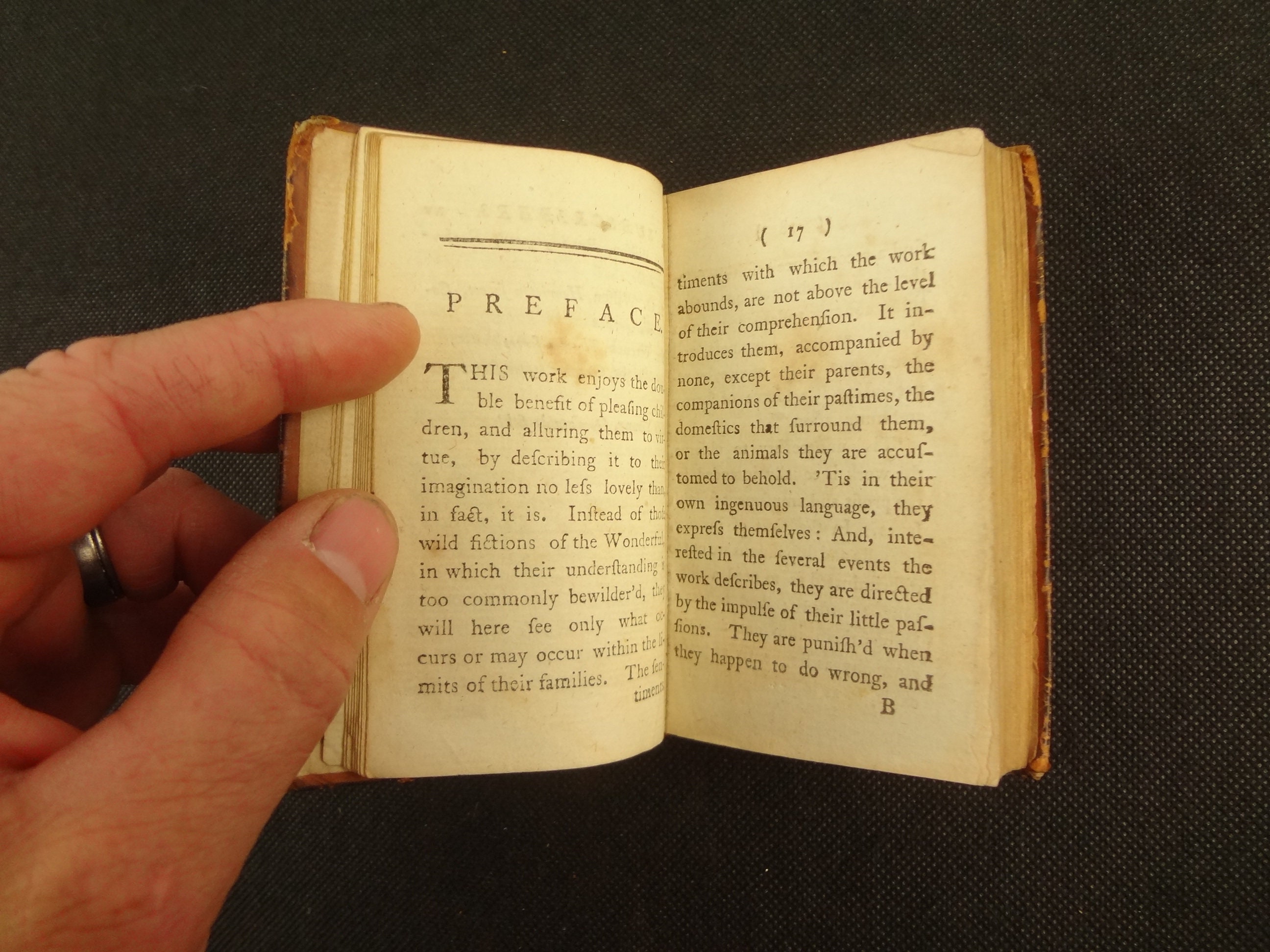 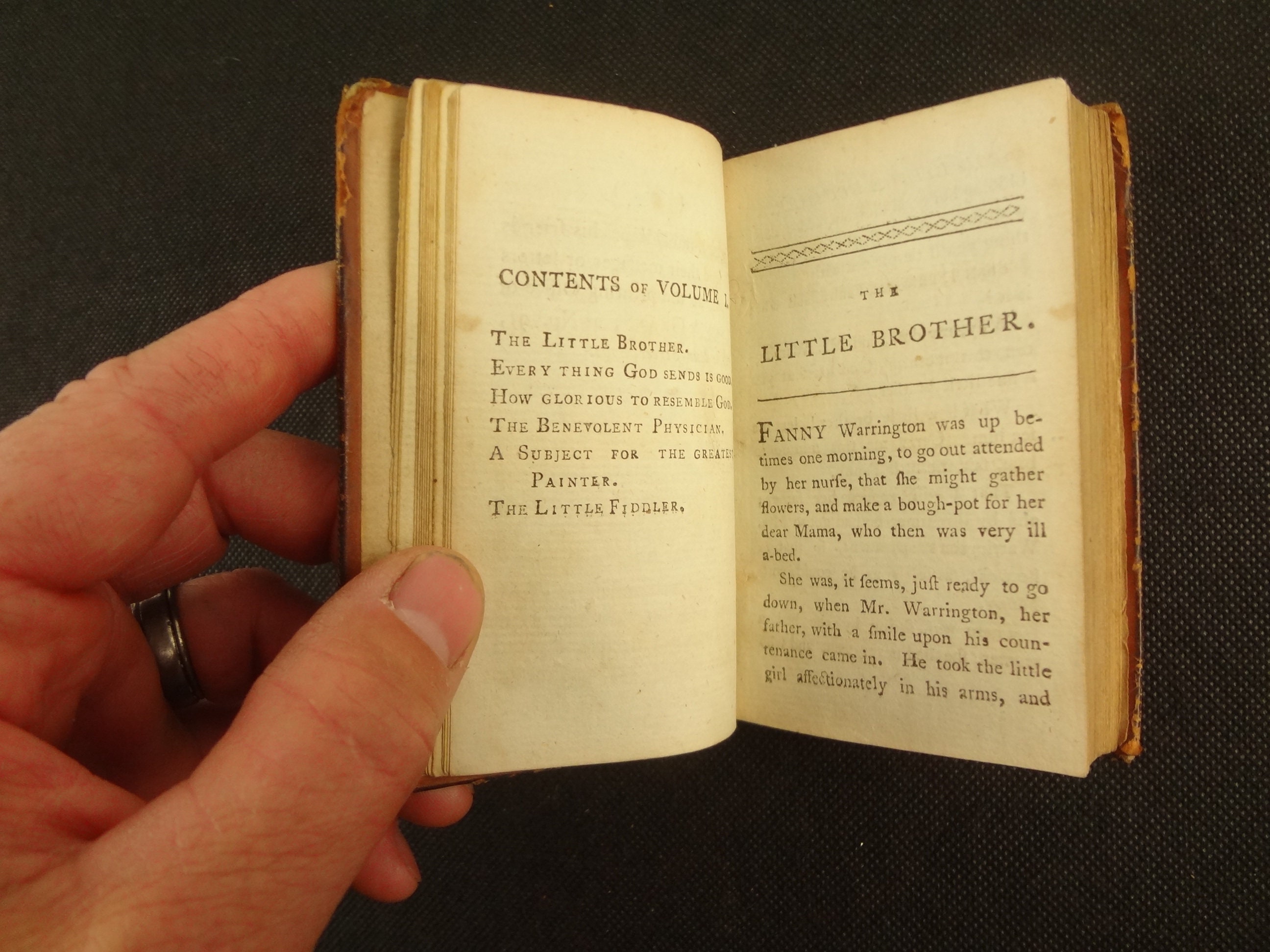 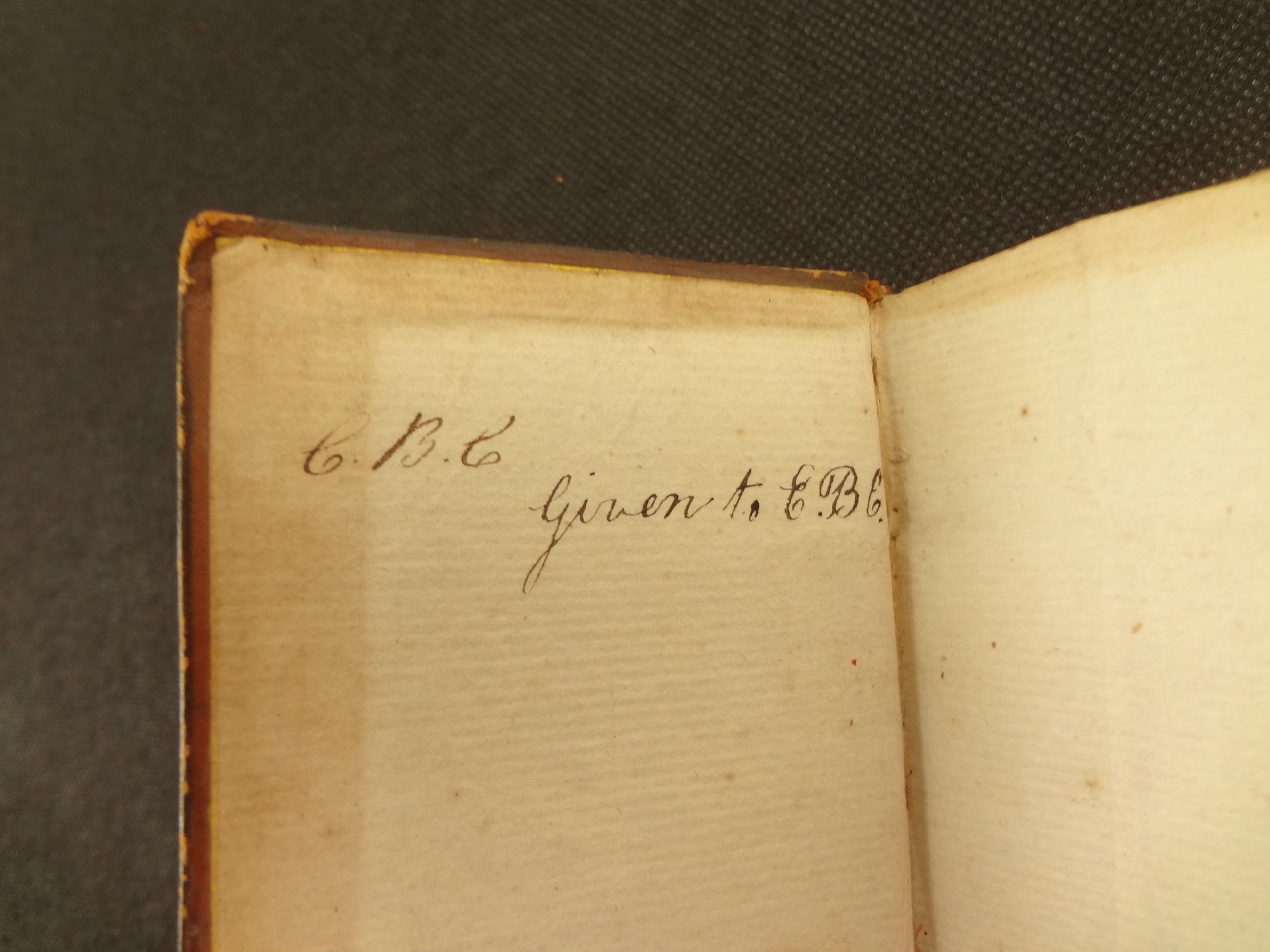 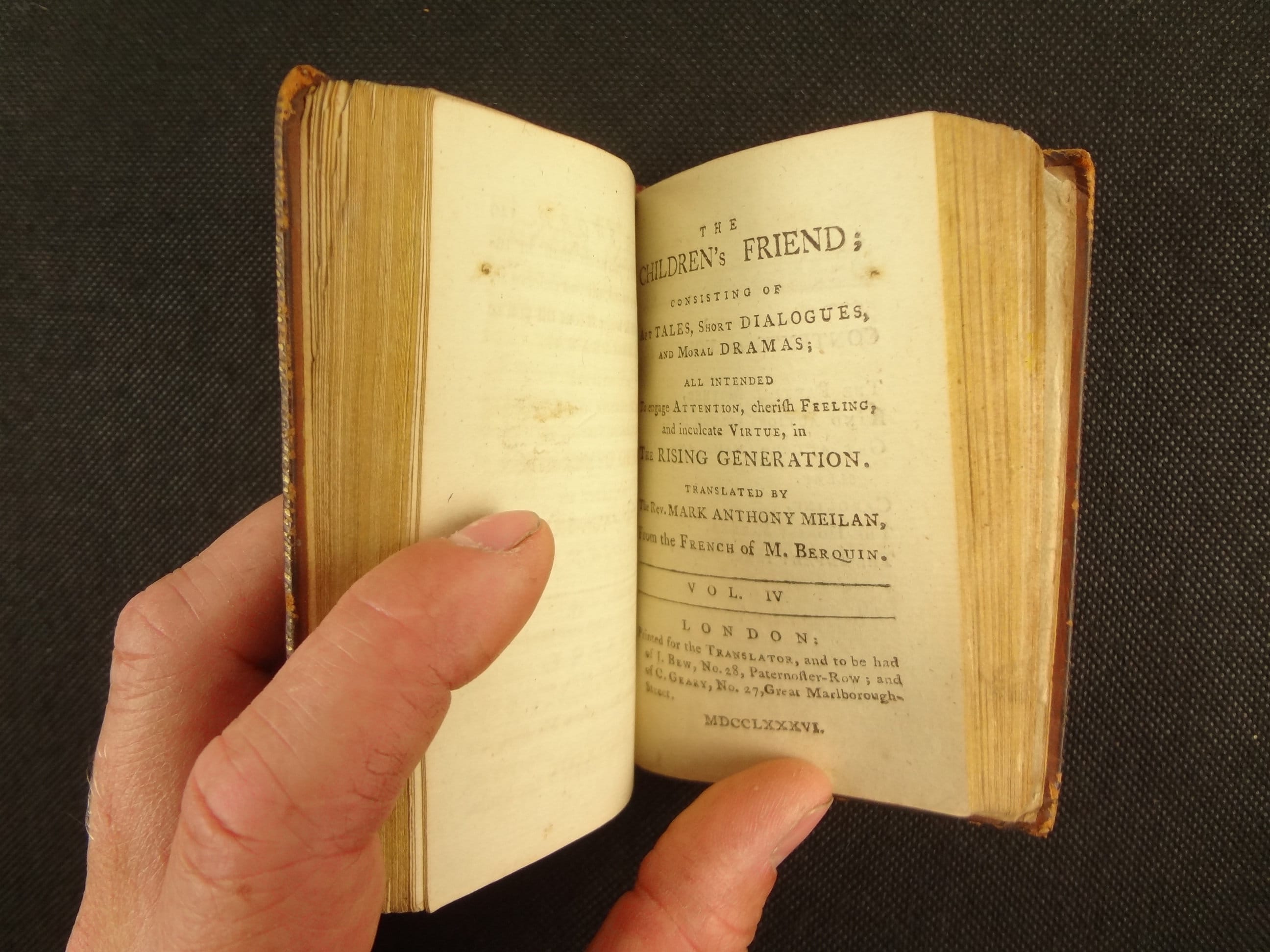 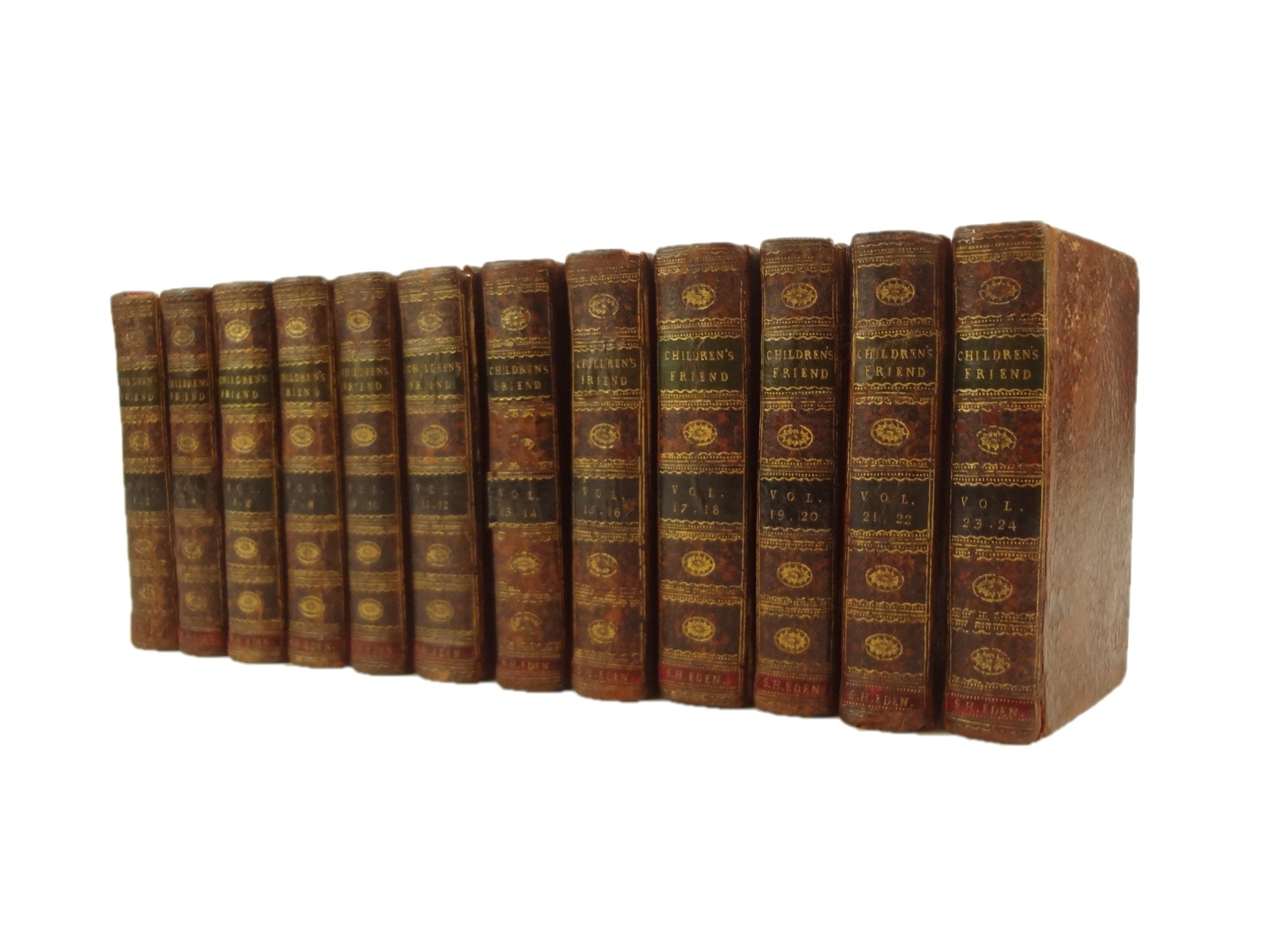 A rare find, an 18th century collection of children's literature, complete in twenty-four volumes, printed in 1786. The Children's Friend, translated by the Rev. Anthony Meilan, from the French of Arnaud Berquin.

Due to the heavy use of books designed for young children, the survival of this work is remarkable, even more so that it is free of scribbles, or etc.. And to be complete, it is a treat!

The New Cambridge Bibliography of English Literature (volume 2, p.1032, 1971) records that this work was first issued as a periodical, and that this edition is the first edition in book form. It was re-issued with another printer on the title page later in 1786, and then in fewer volumes in the following years.

The (stuffy) contemporary Monthly Review had this summary of the work - "When we consider it altogether , we think that this work , not withstanding the errors that are to be found in it , certainly has a considerable share of merit , and will be an acceptable present to children who cannot as yet read the original."

Worldcat records no libraries holding all 24 volumes, but the English Short Title Catalogue (entry 006406816) claims that eight of the world's libraries hold the work; I'm suspicious that not all of them have the complete collection of 24 volumes.

The pastedown of v7-8 states, "C.B.C. Given to Emily Connop by her affect' sister Charlotte". This is likely the Connop's of Hawley House, "a large mansion, pleasantly situated near Blackwater village" (William White, History... of Hampshire..., p. 279, 1878). The London Metropolitan Archives, reference ACC/1274/048/A records Charlotte and Emily Connop, in 1877, at Hawley House.

This set was purchased from the Heritage sale of the library of the noted children's book collector, Justin G. Schiller.

There is a "S.H. Eden" at the base of the spines, but I'm unsure who this is referring to.

Each volume measures approx. 11 x 7 x 2 cm. Contemporary mottled calf bindings. Spines with six compartments; four compartments with a central floret, two compartments with the title and volume in gilt on black morocco, and "S. H. Eden". Twelve bindings containing 24 volumes. Each volume with its own title page. Subscription page at the start of the first volume, and again at the end of the last.

See pictures. Twelve volumes, so impossible to list every page but - Bindings are likely contemporary. The mottling of the boards have left them textured over time. V1 has a little chipping at the top of the spine. Some of the joints are starting but held on by cords as well so boards doing well staying on. Some dust at top edges.

Inside, a little toning and an some occasional fox spots in the paper. Occasional thumb and dog-eared page. Bookseller notes at front pages of V1. All pastedowns have an ex libris inscription in an old hand. Small ink spot v3 88. Chipping to fore-edge of title page of v5. A few ink spots on top-edge of V7-8. Ticket removed from rear blank leaf of v11-12. A little chipping on top edge of last printed leaf of last volume.

Surprisingly well-kept for books designed to be given to children; and the gift inscription indicates that's exactly what was done.