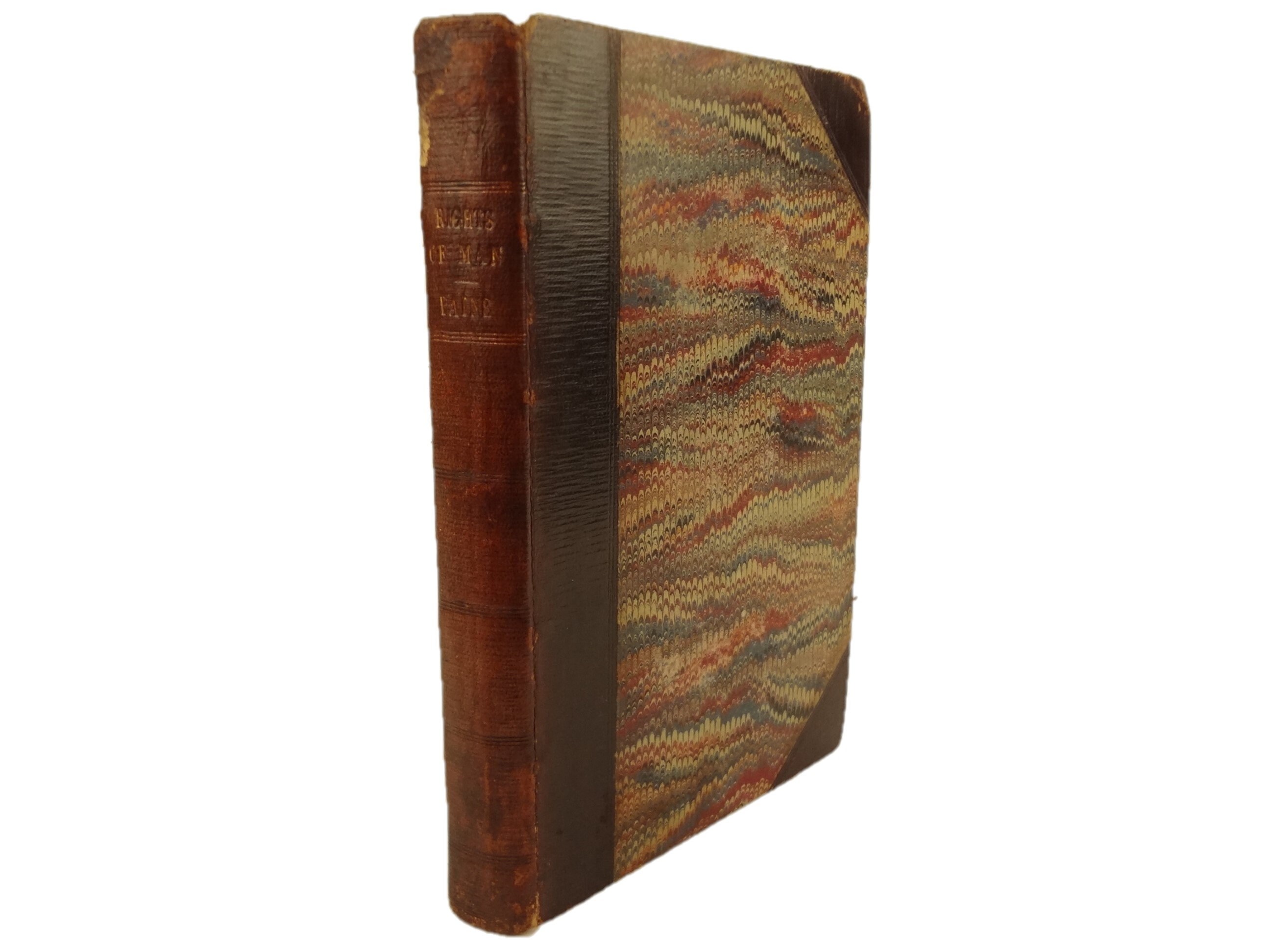 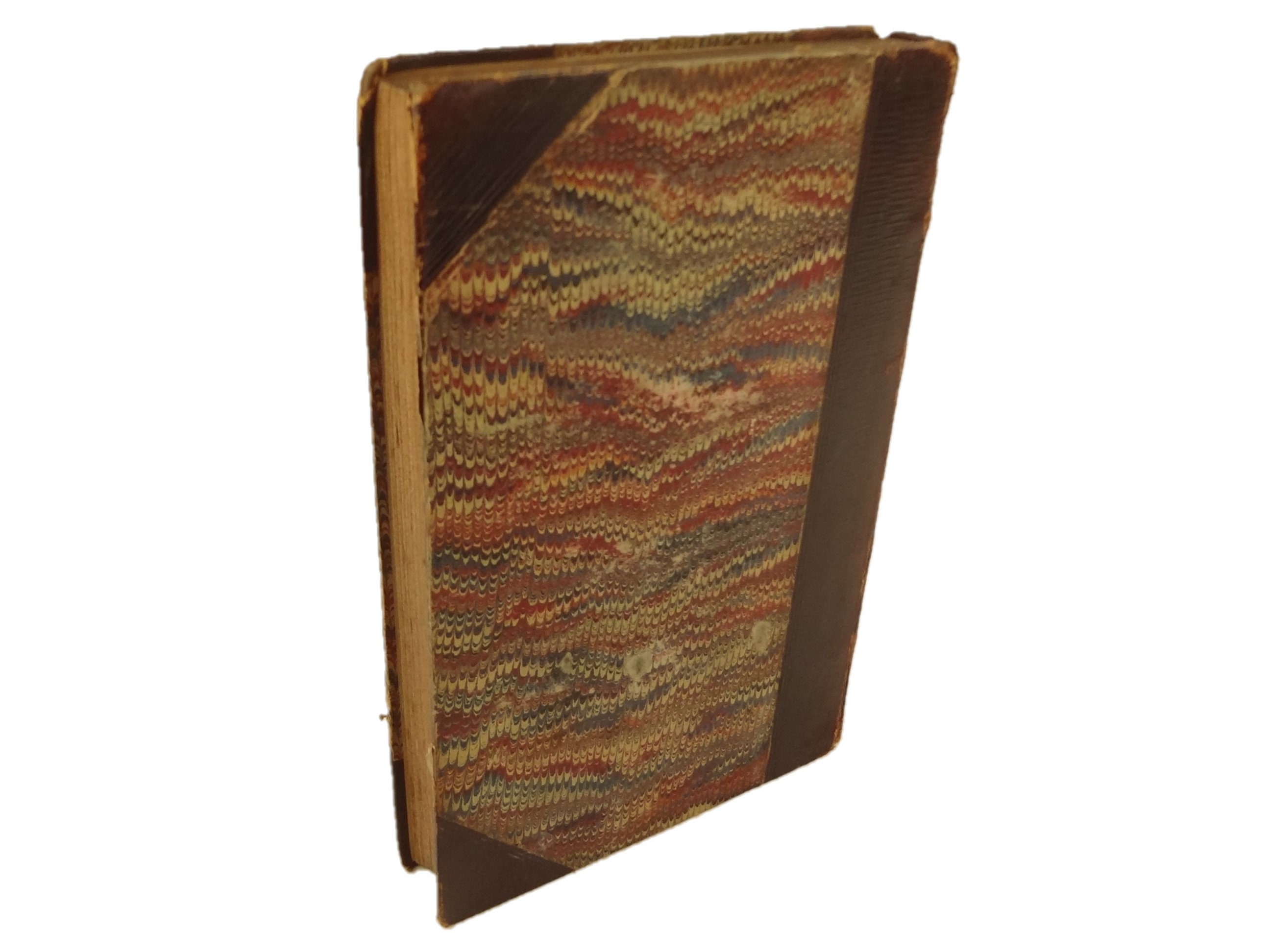 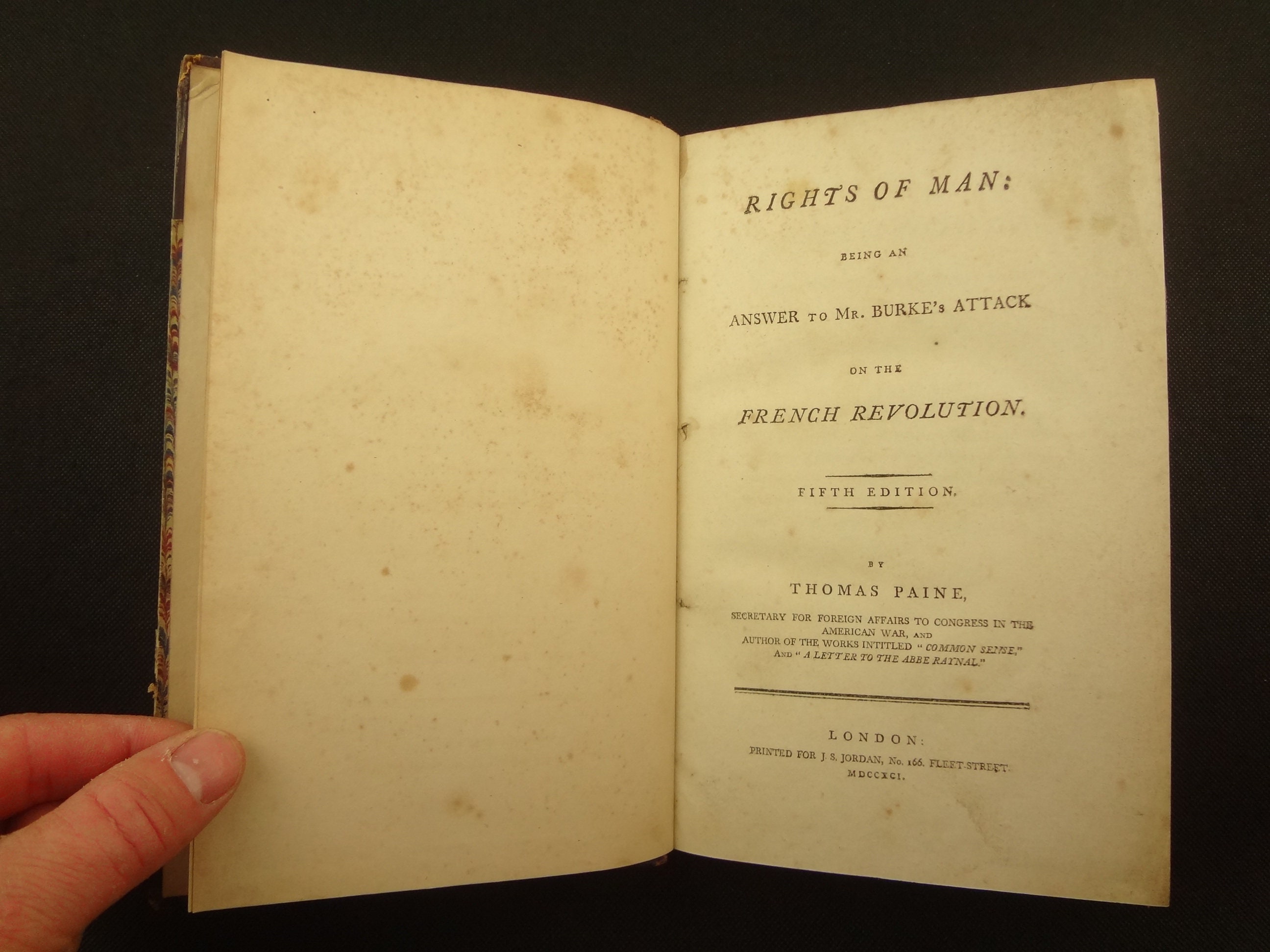 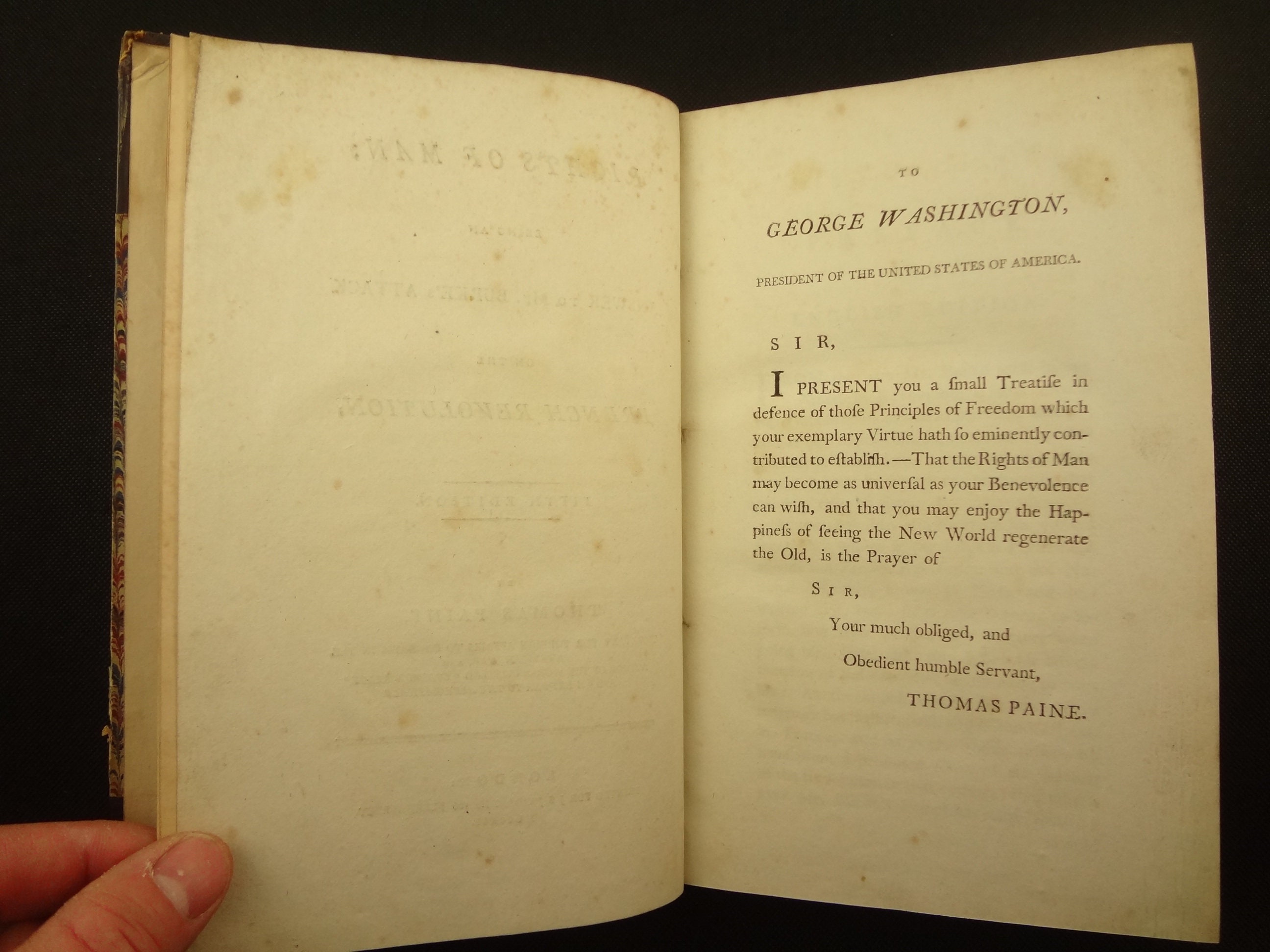 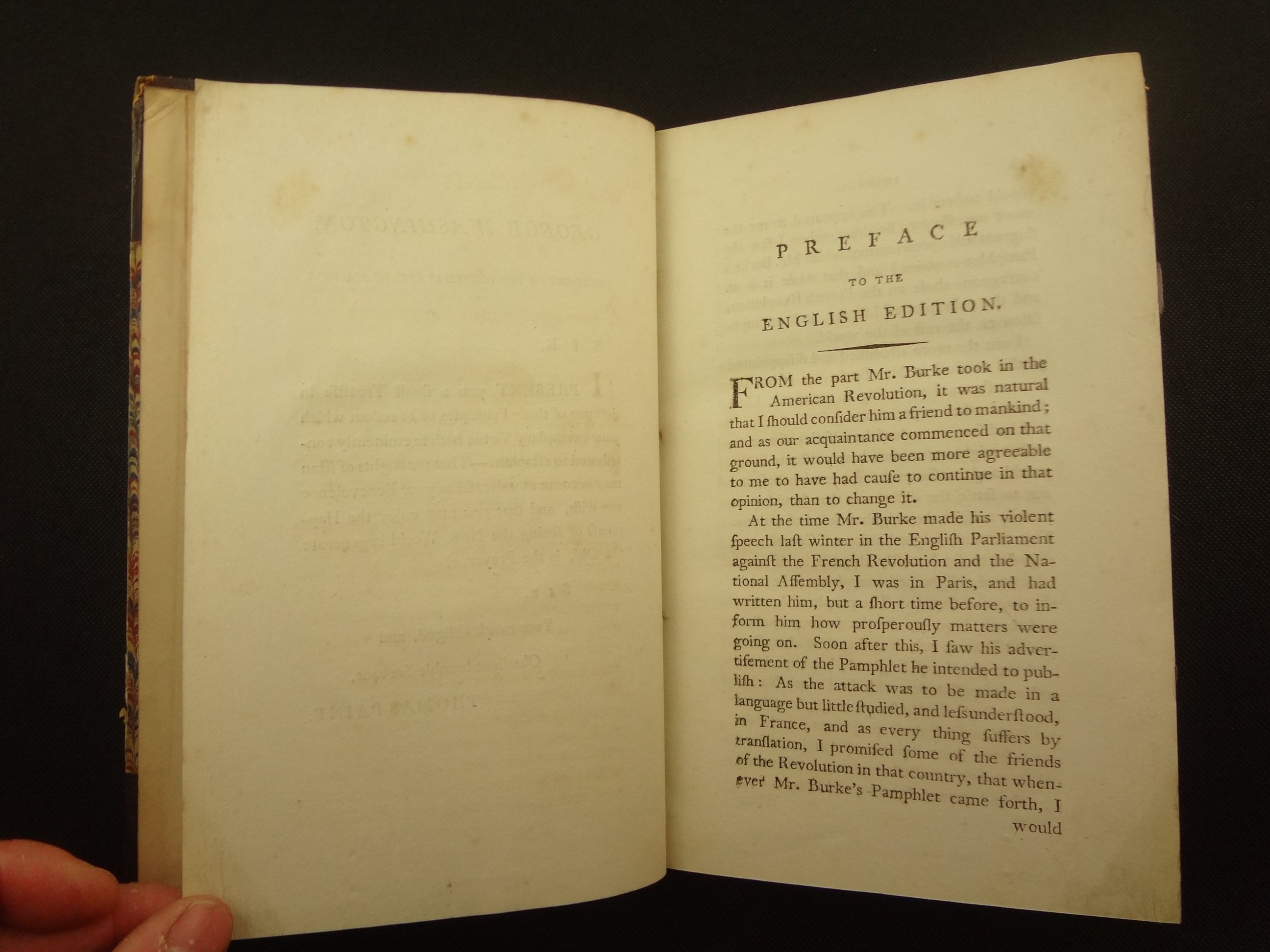 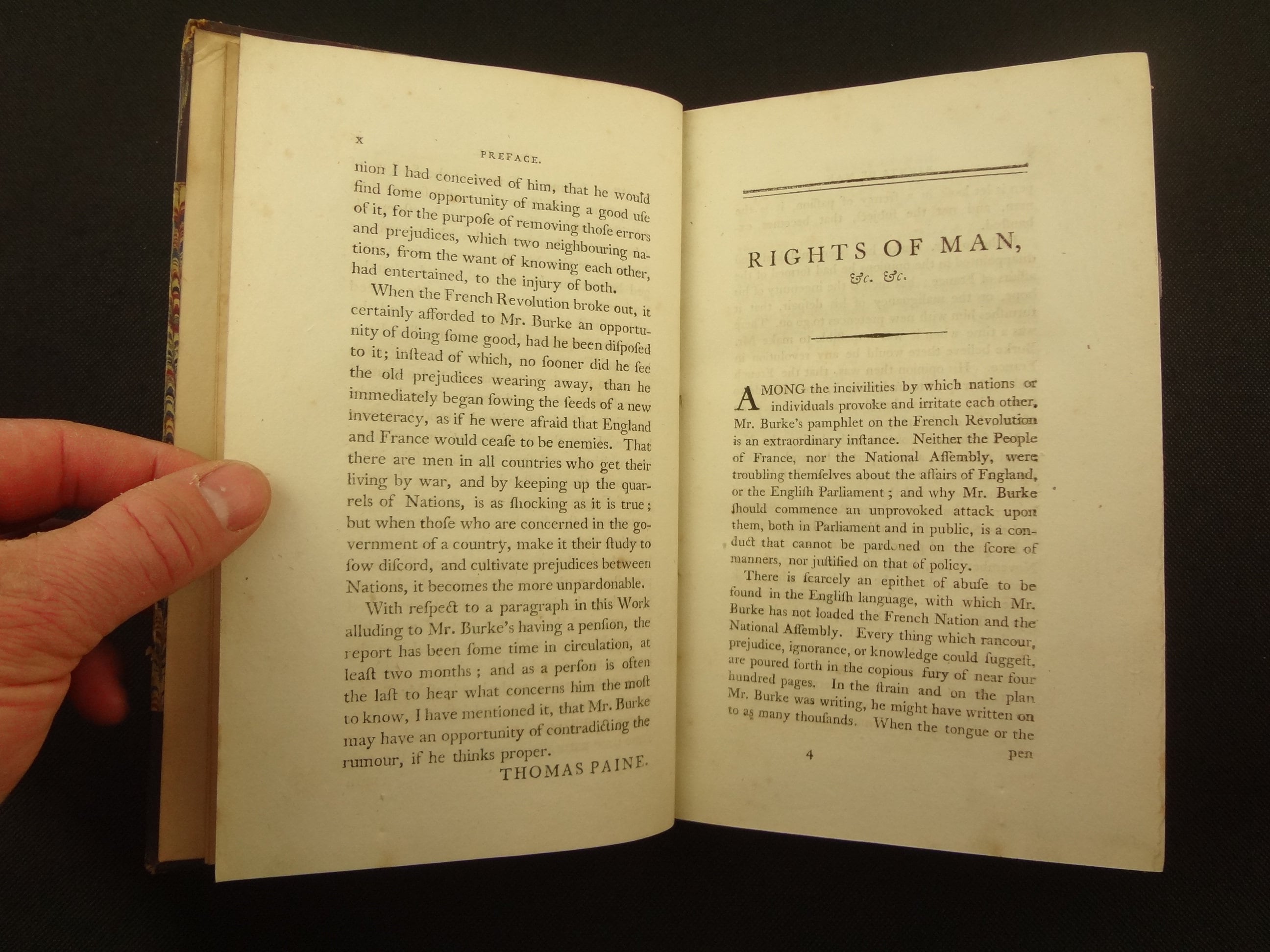 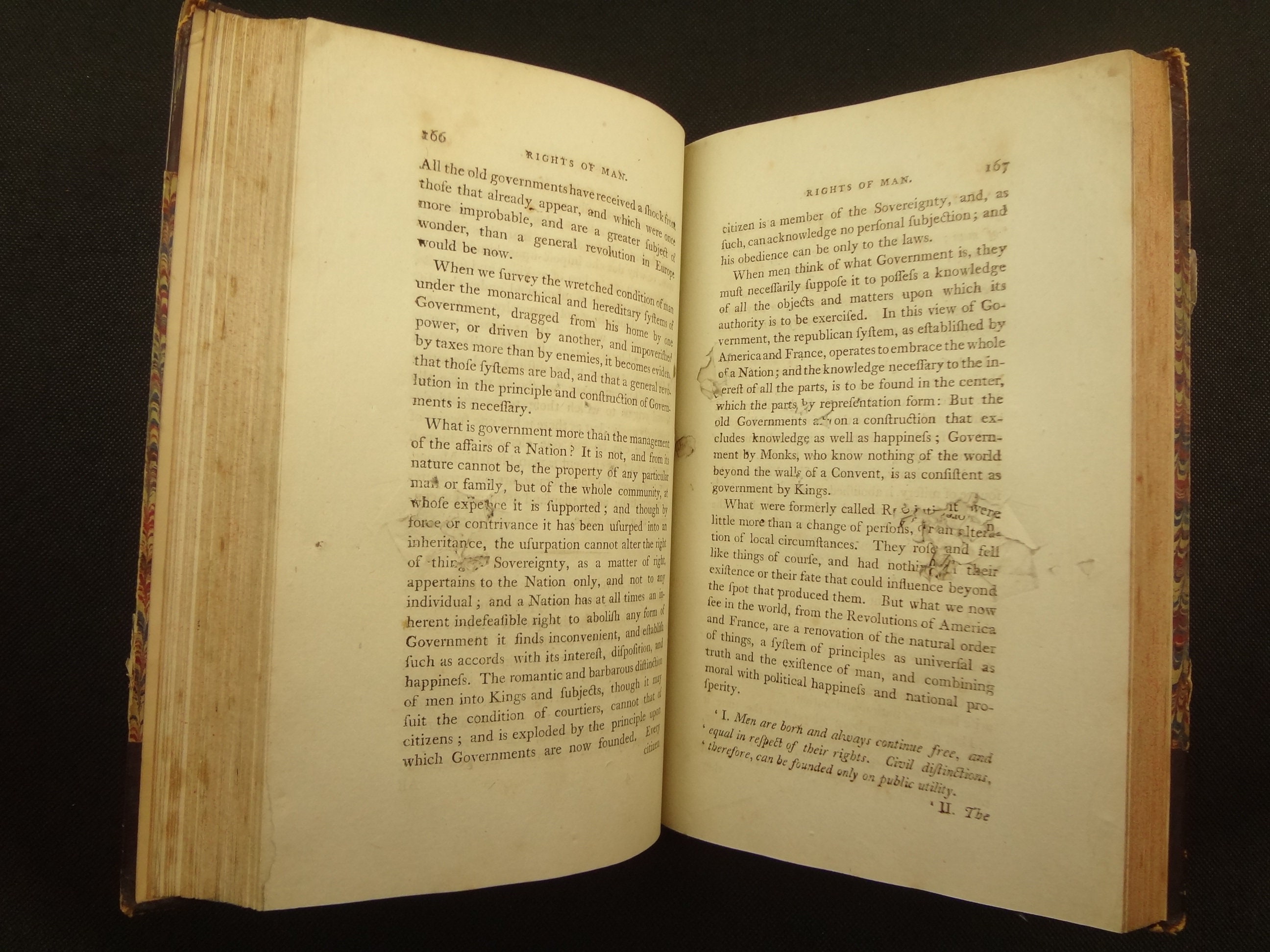 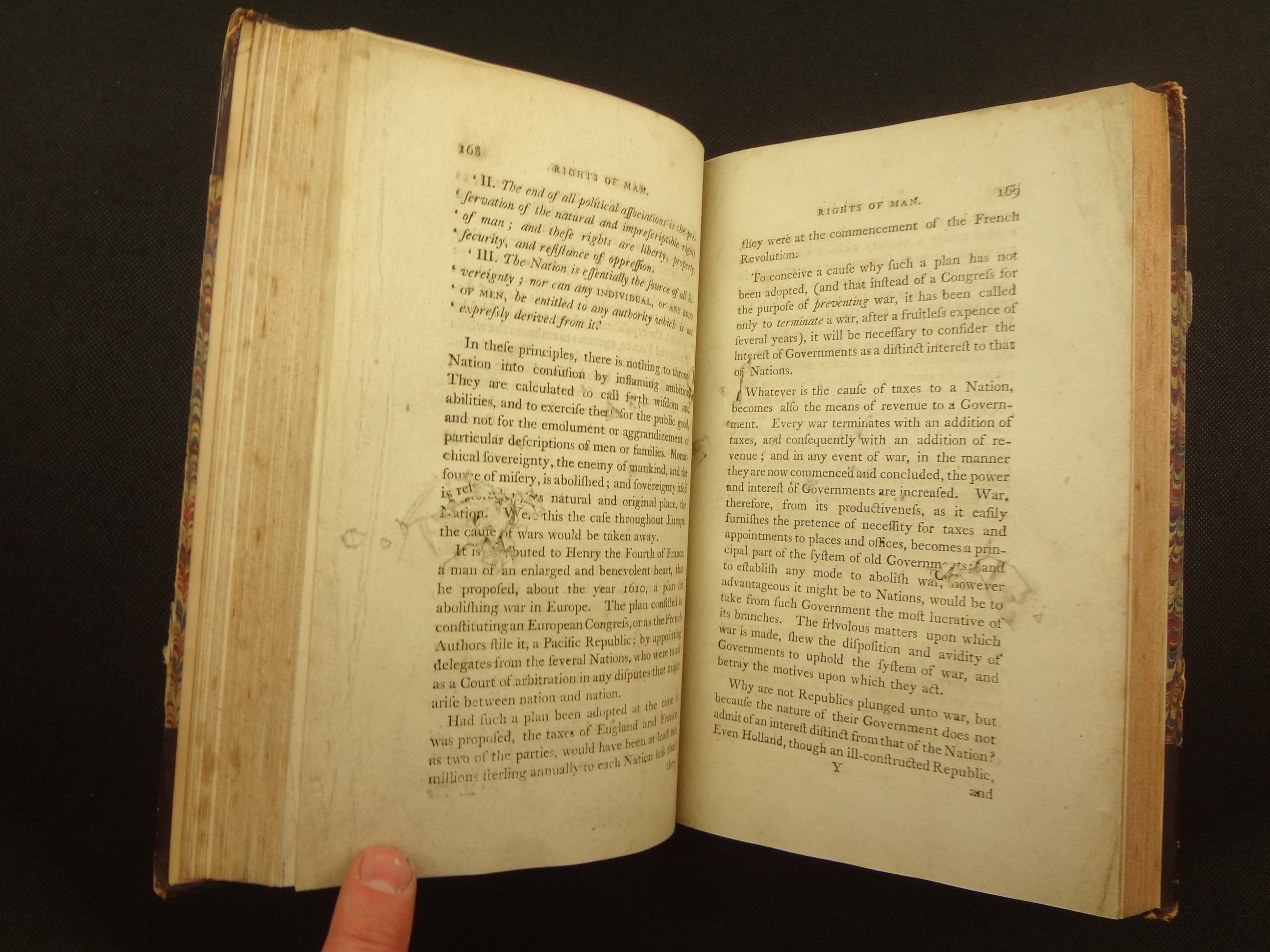 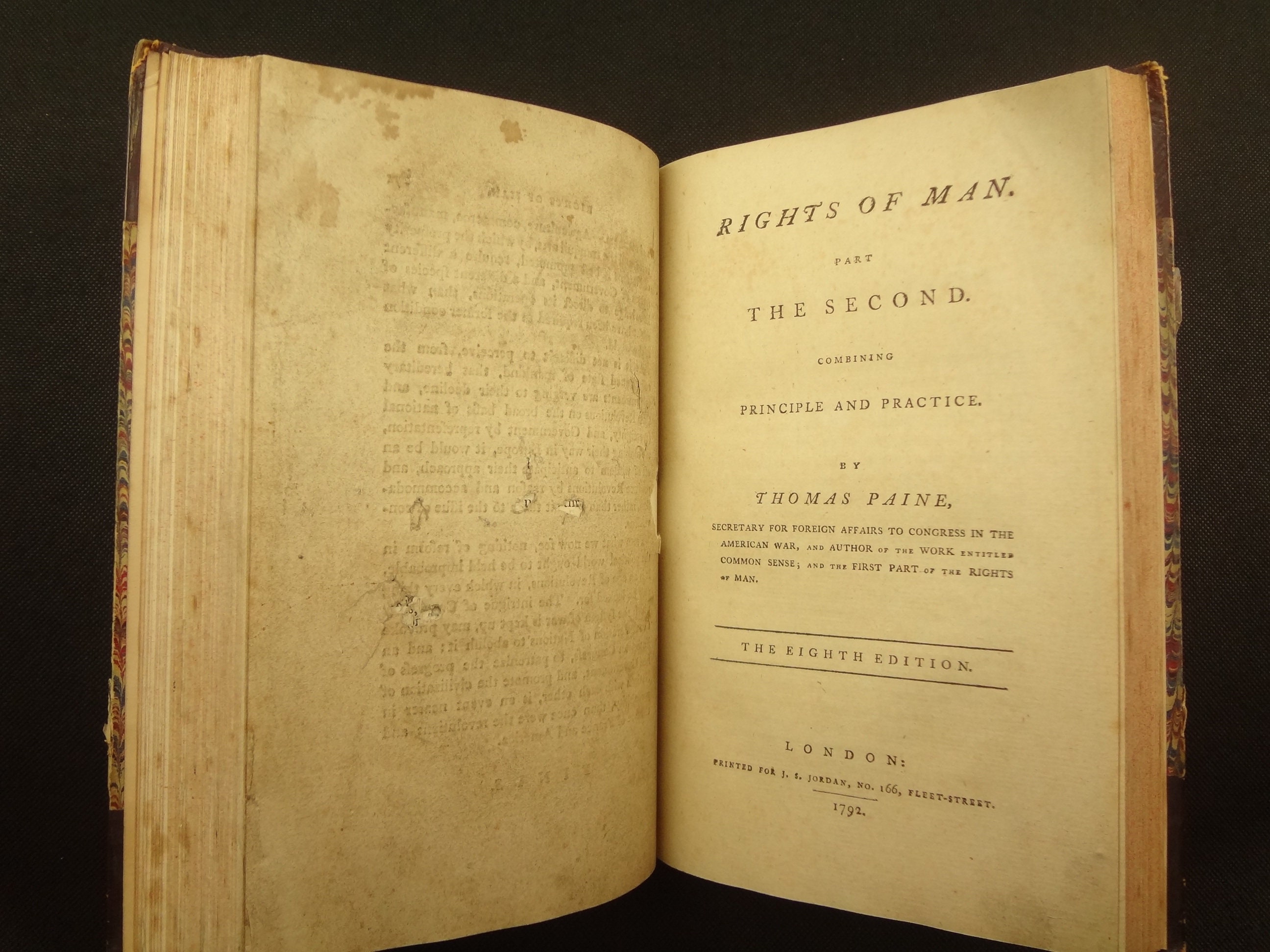 Thomas Paine's seminal work, Rights of Man, and the Second Part, bound in one volume. The first volume was printed in London in 1791 (5th edition), and the second part was in 1792 (8th edition), both printed by J.S. Jordan. Both volumes are from the year of their release, but later issues.

"Thomas Paine’s most famous work, The Rights of Man was published in 1791, two years after the French Revolution. In it he defended the values of the Revolution - those of ‘Liberté, égalité, fraternité’ (the French for 'liberty, equality and brotherhood'). Paine explored the idea that government based on true justice should support not only mankind's natural rights (life, liberty, free speech, freedom of conscience) but also its civil rights (relating to security and protection)."

"He highlighted the fact that only a fraction of the people who paid taxes were entitled to vote. Using detailed calculations, Paine showed how a tax system, including a form of income tax, could provide social welfare in support of those civil rights. Decades ahead of his time, he outlined a plan covering widespread education, child benefit, pensions for the elderly, poor relief and much more. The book sold tens of thousands of copies and became one of the most widely read books in the Western world at the time." - The British Library, Shelfmark: 523.f.19

See pictures. Last four leaves of Part 1 have a 1.5" damage spot, and several small holes. Binding is worn with edge, joint and corner wear. Top-edge darkened with dust. Some chipping at top of spine. Remnants of ex libris plate on pastedown and facing page (FFEP). There is not 1/2 title bound-in for either part (though called for). Endpapers toned, which also toned facing page (which includes title page). Occasional fox spots throughout. Title page with some soiling/thumbing. Title page has three small holes near gutter (almost look like binding holes). Occasional thumbing throughout. Tiny "x" in fore-edge margin of pt1 p19. Occasional dog-eared corner. Part two more toned. Title page and following three leaves, of part two, with darkened dog-eared corner at top. Last printed leaf, "Appendix", with more foxing. Part two does not have two leaves of advertisement at the end.