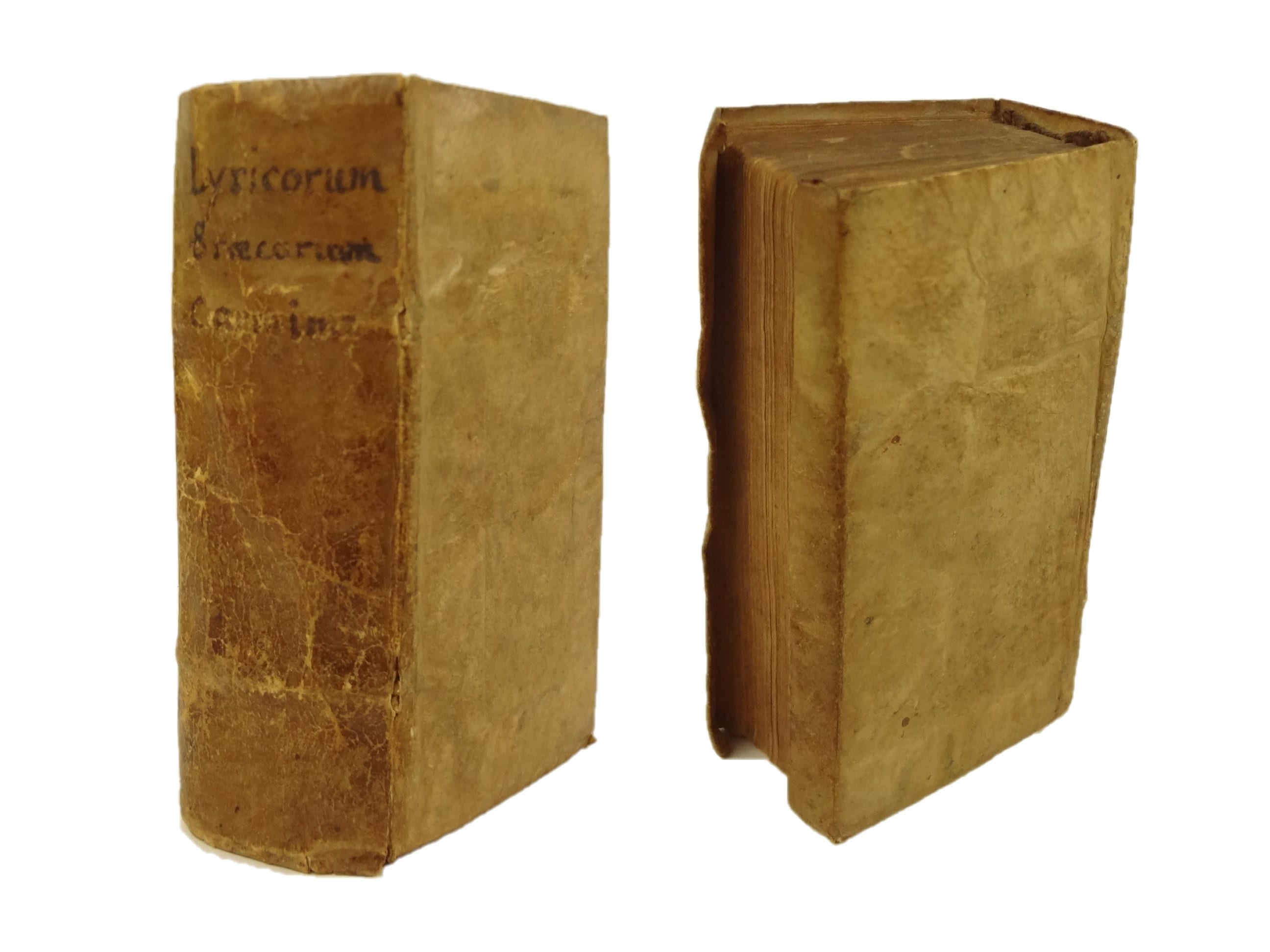 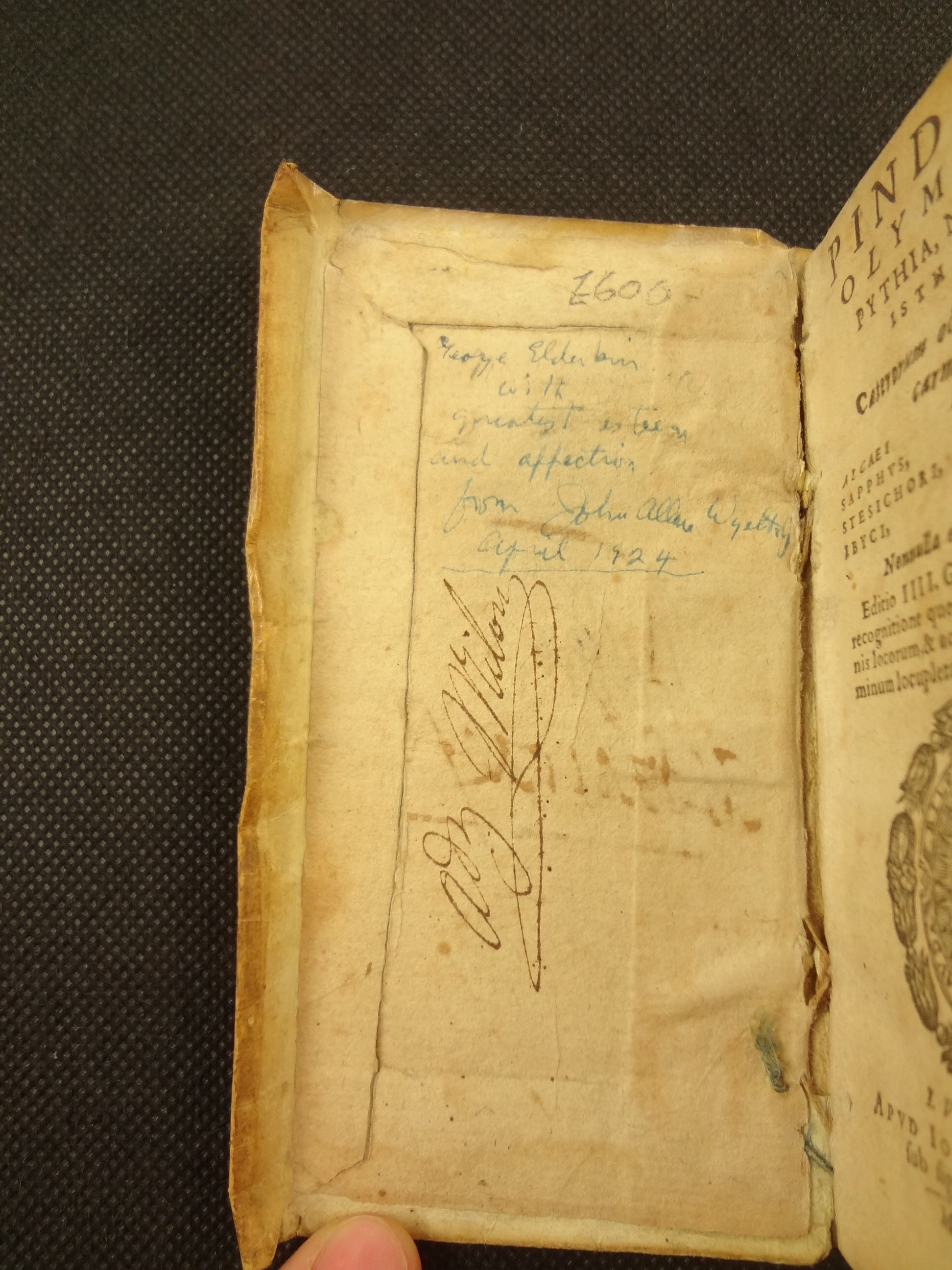 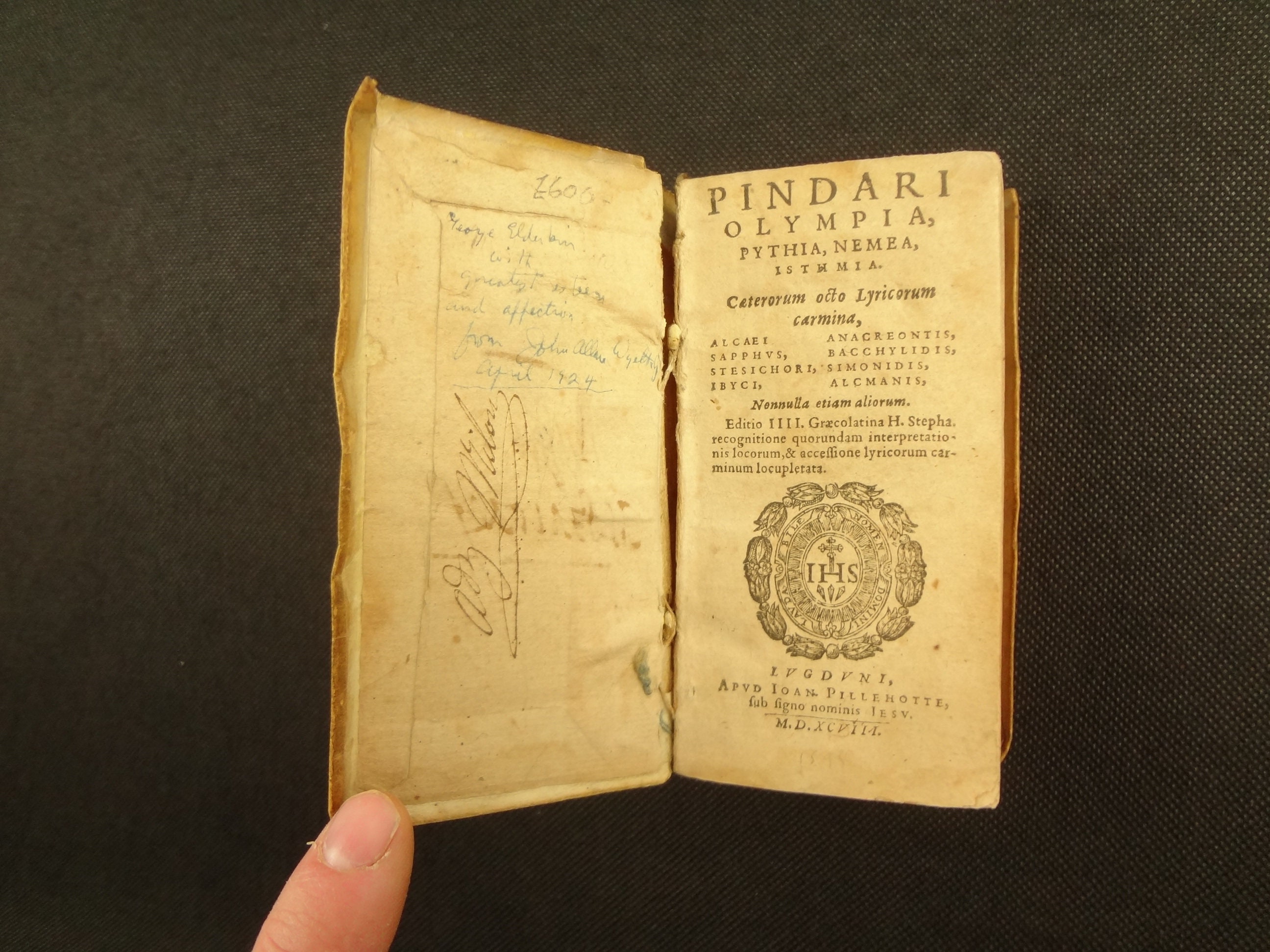 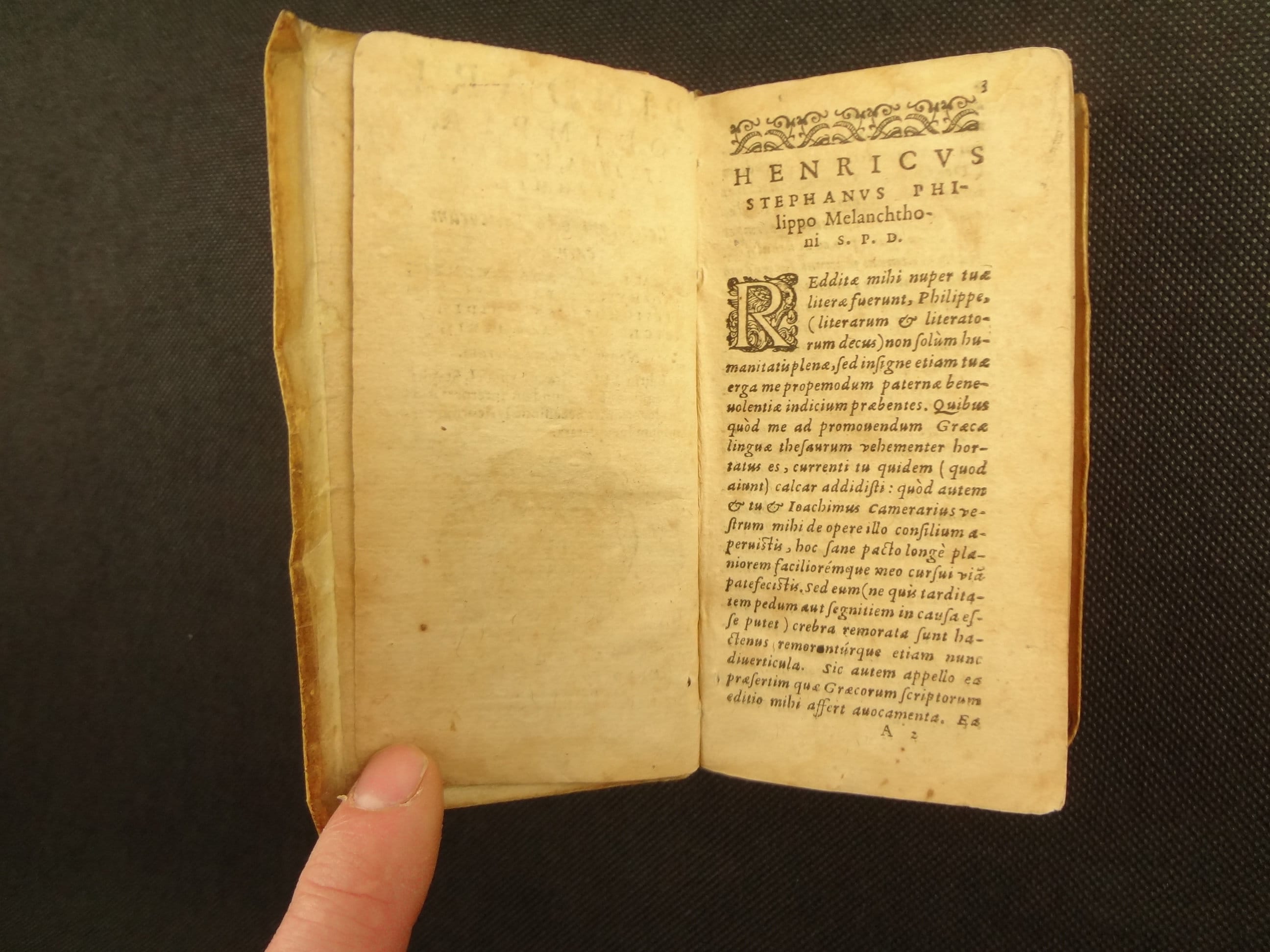 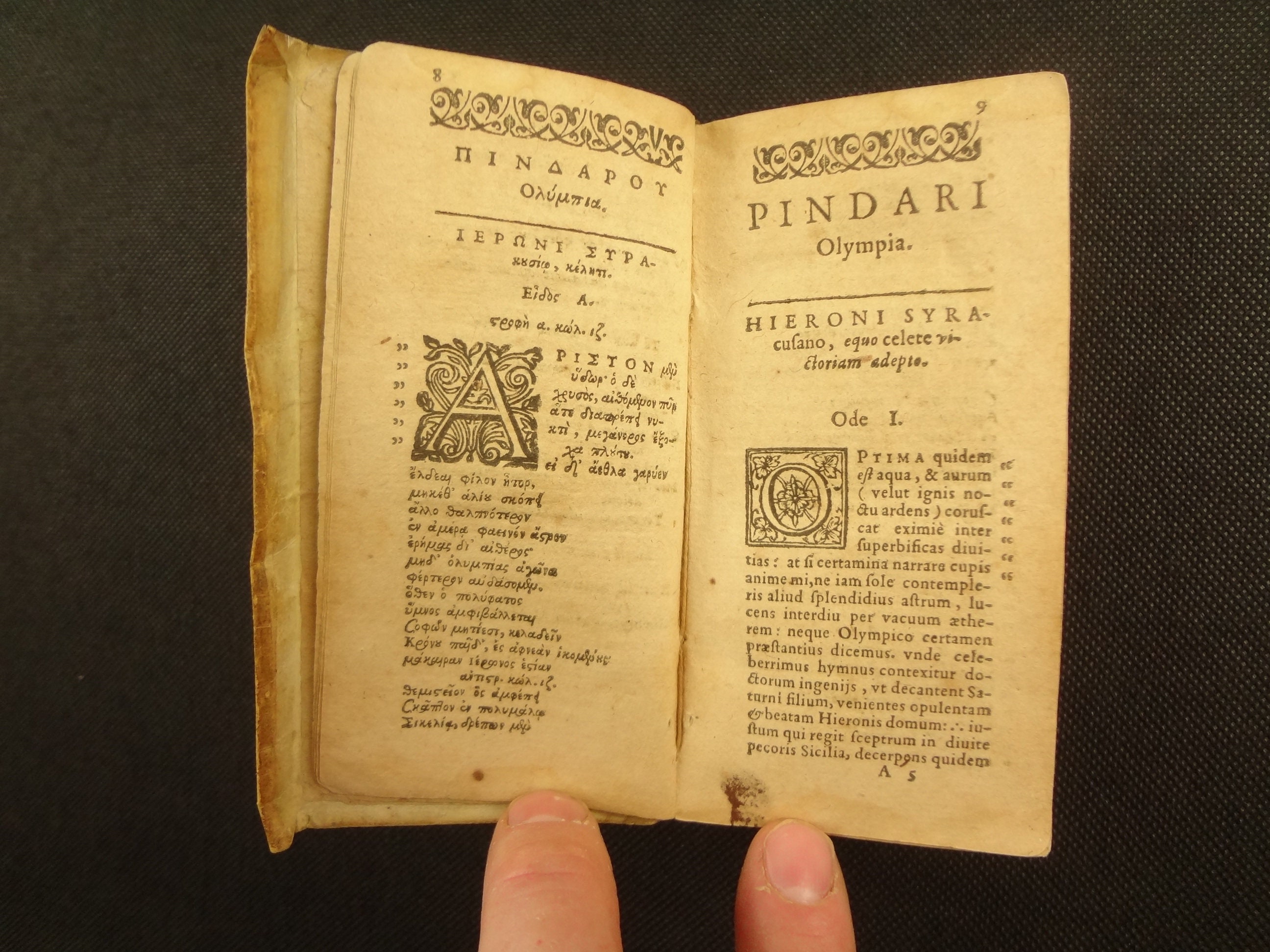 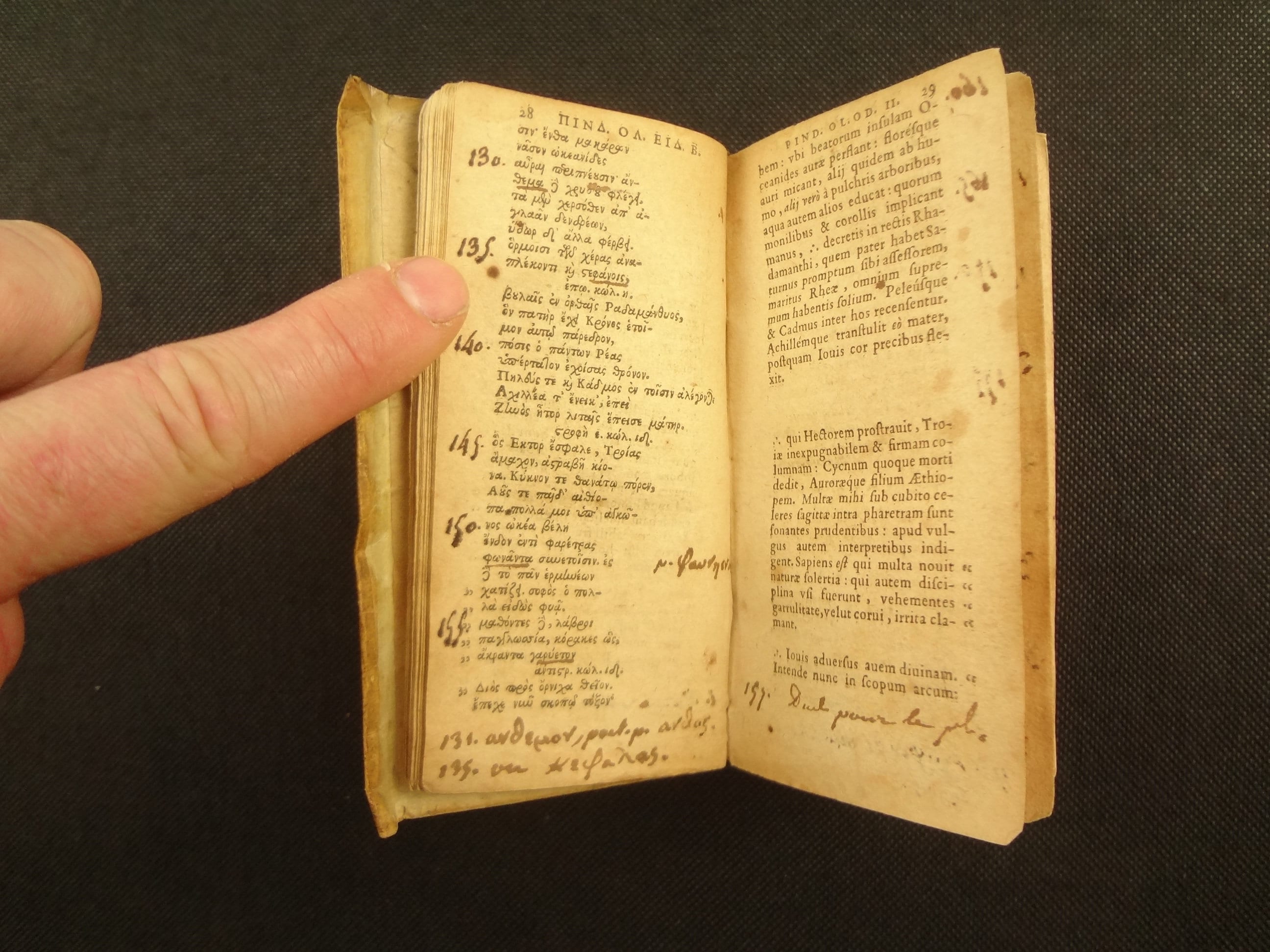 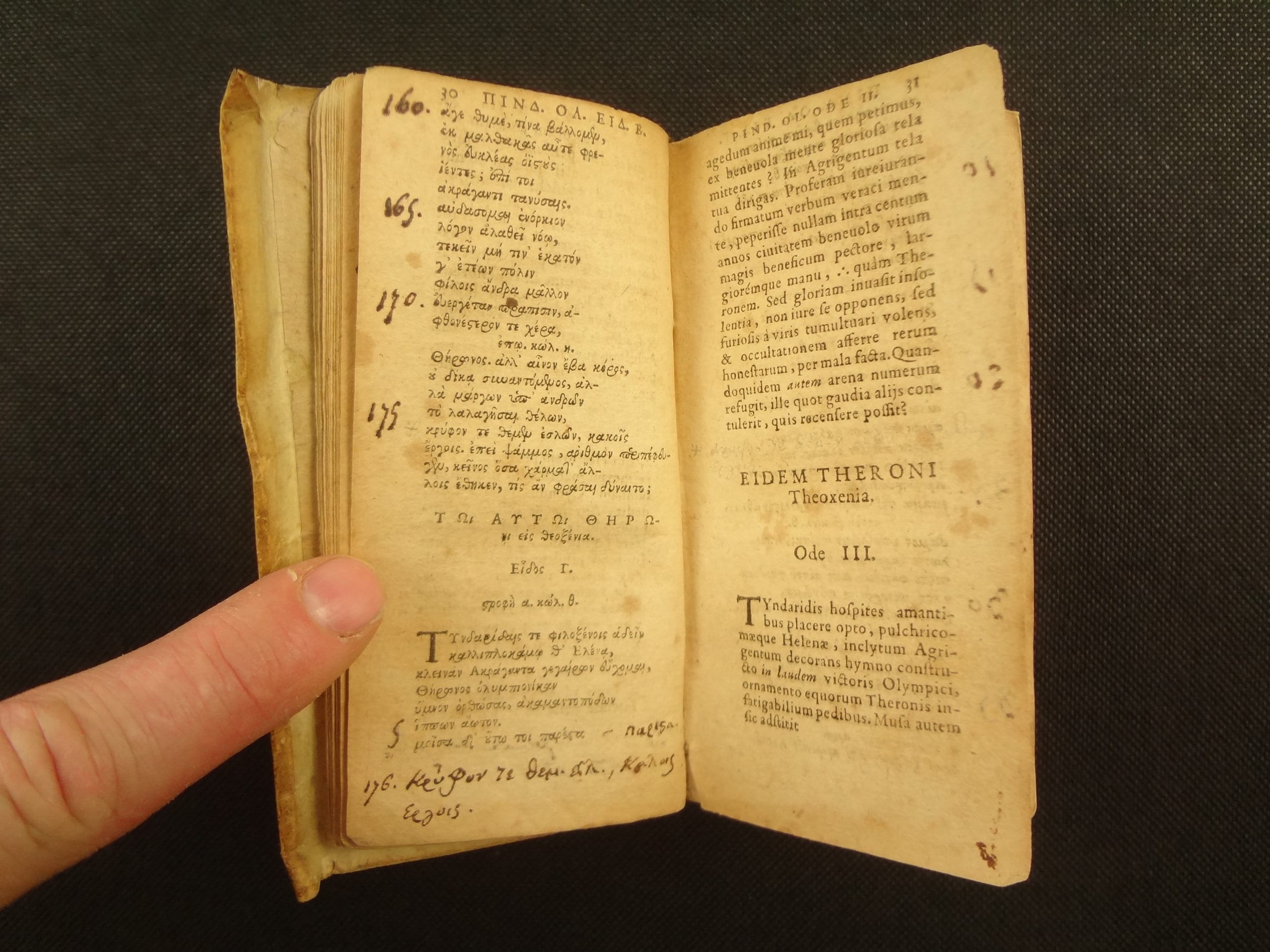 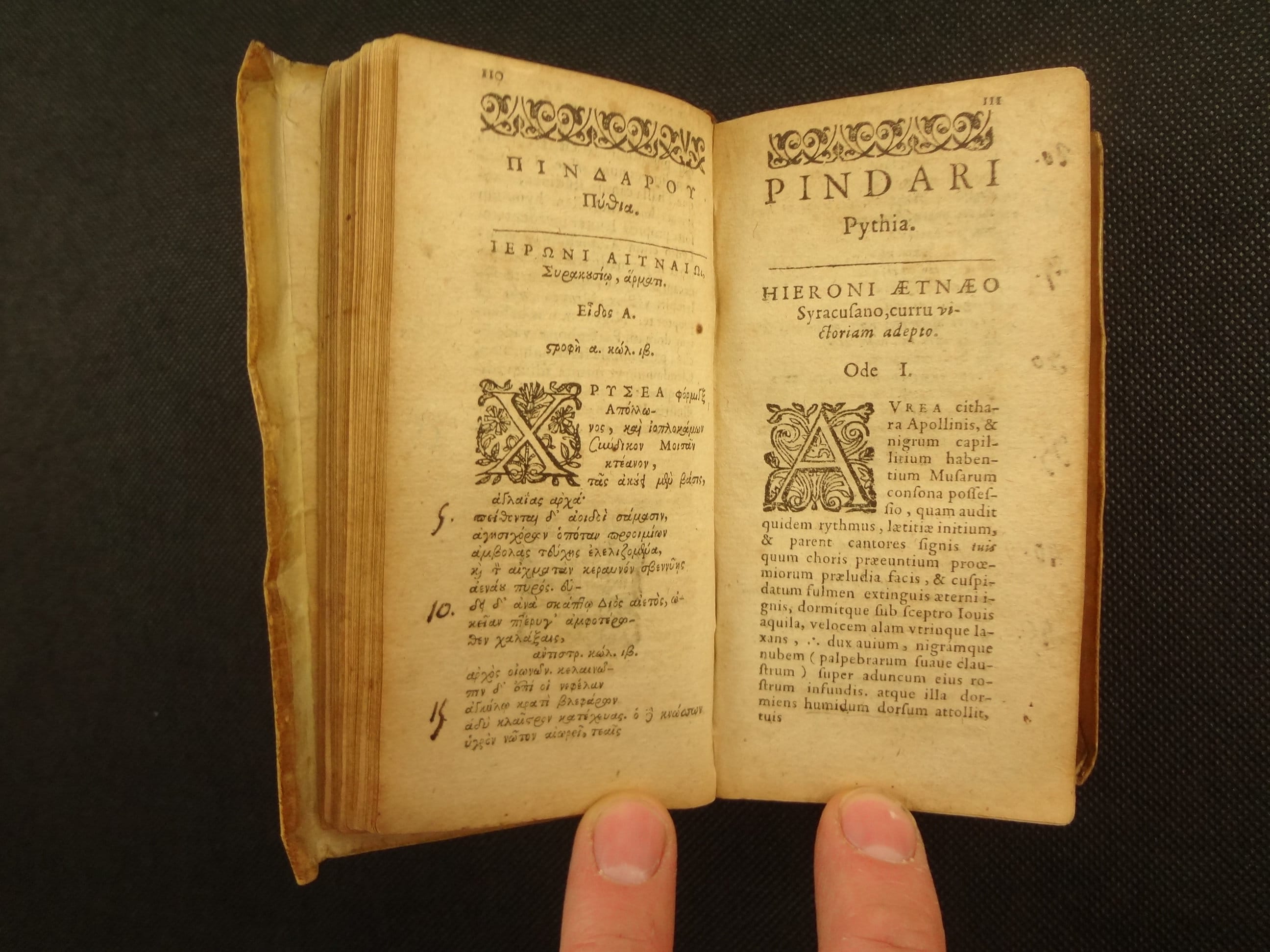 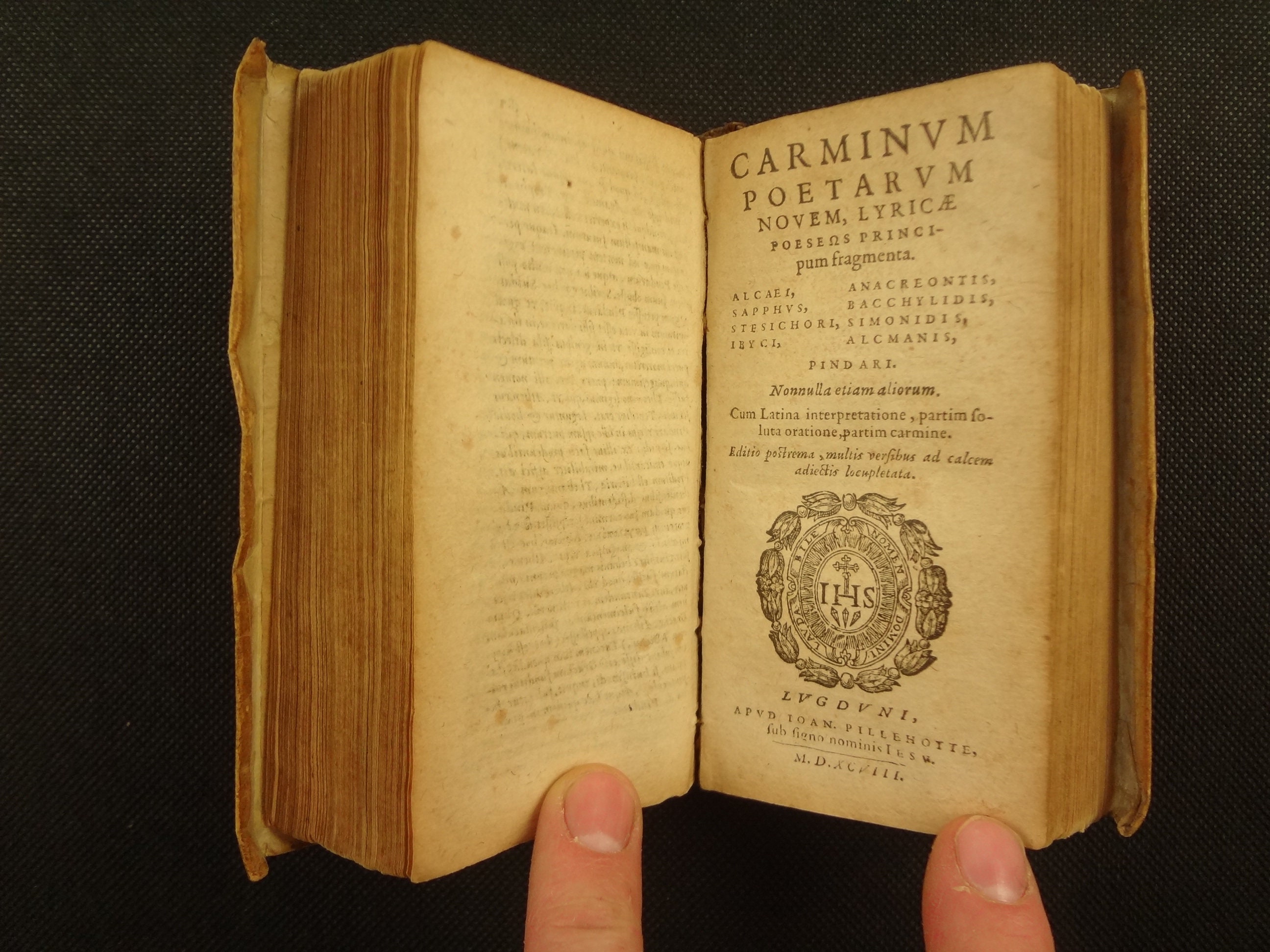 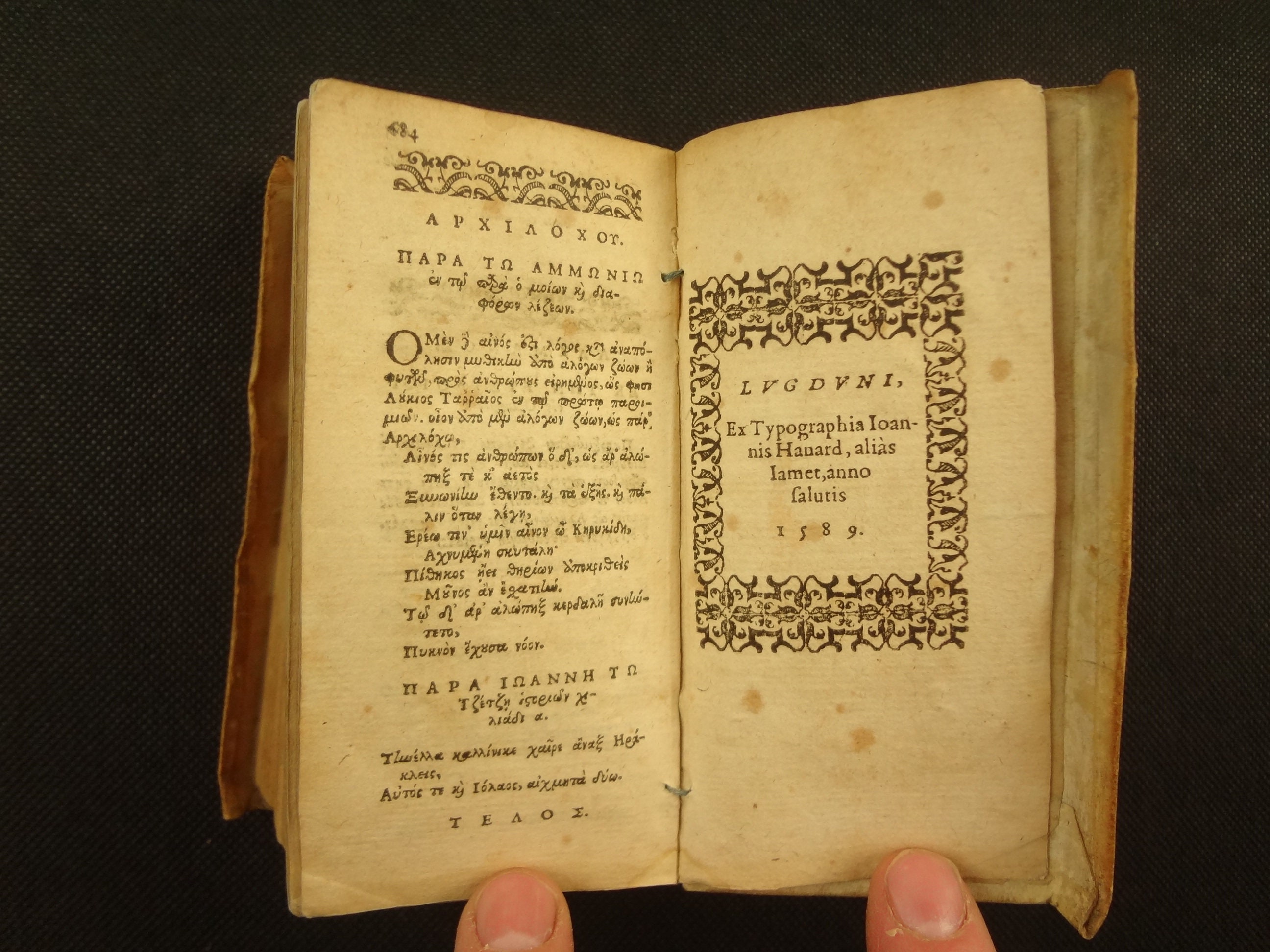 Ancient Greek victory odes (epinikion) written by Pindar (c. 518-438 BC), in praise of the ancient games at Olympia, Pythia, Nemea, and Isthmia, printed in parallel texts of Greek and Latin. This copy was previously used by a Greek scholar, as evidenced by the annotations and notes in the Greek passages.

After the epinikion, are the eight "carmina" (songs) of Pindar.

More on the Literature -

"Almost all Pindar's victory odes are celebrations of triumphs gained by competitors in Panhellenic festivals such as the Olympian Games. In the 5th century, when there was an increased tendency towards professionalism, they were predominantly aristocratic assemblies, reflecting the expense and leisure needed to attend such events either as a competitor or spectator. Attendance was an opportunity for display and self-promotion, and the prestige of victory, requiring commitment in time and/or wealth, perhaps far beyond anything that accrues to athletic victories today. Pindar's odes capture something of the prestige and the aristocratic grandeur of the moment of victory. His victory odes are grouped into four books named after the Olympian, Pythian, Isthmian, and Nemean Games – Panhellenic festivals held respectively at Olympia, Delphi, Corinth and Nemea." – Wikipedia