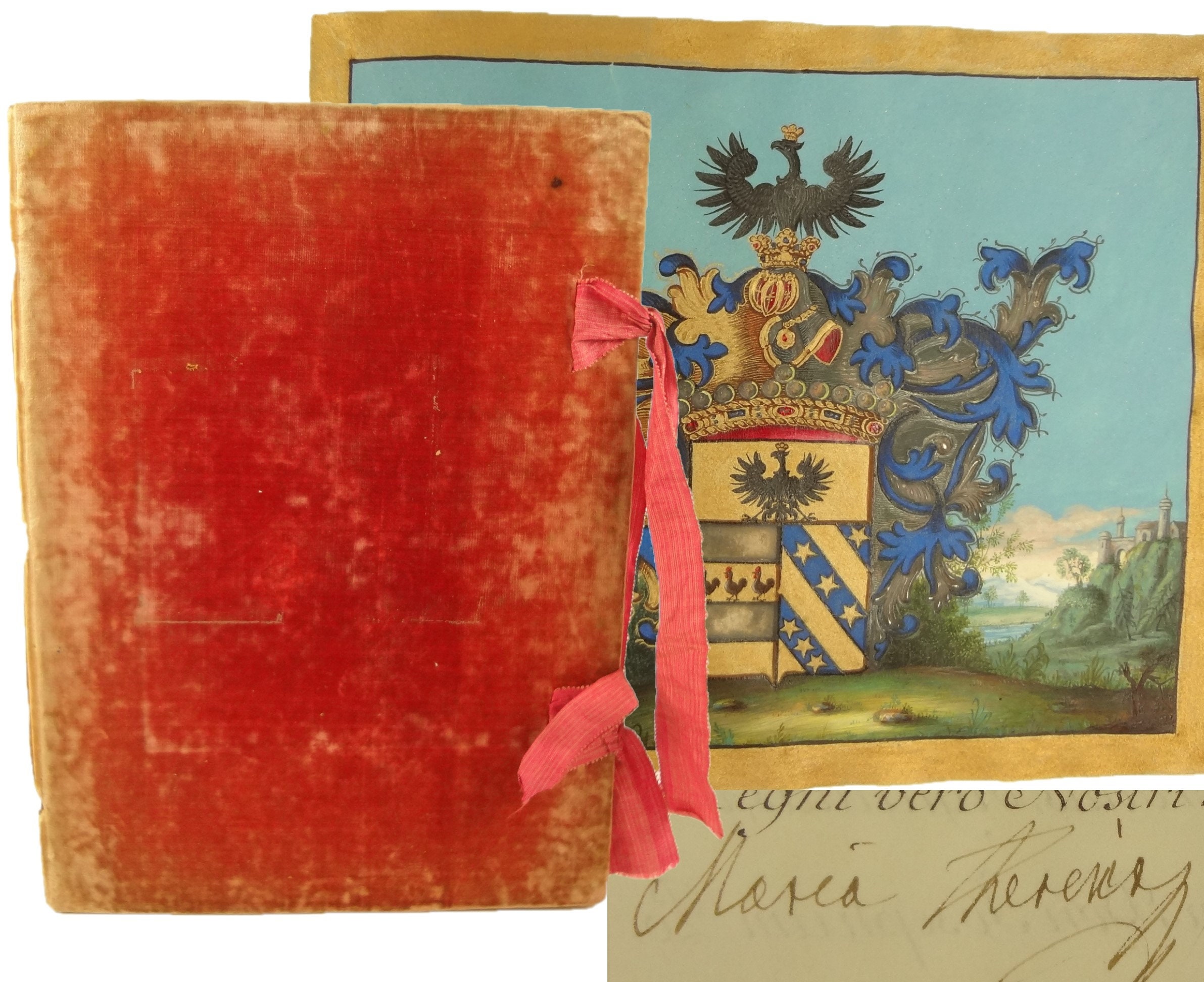 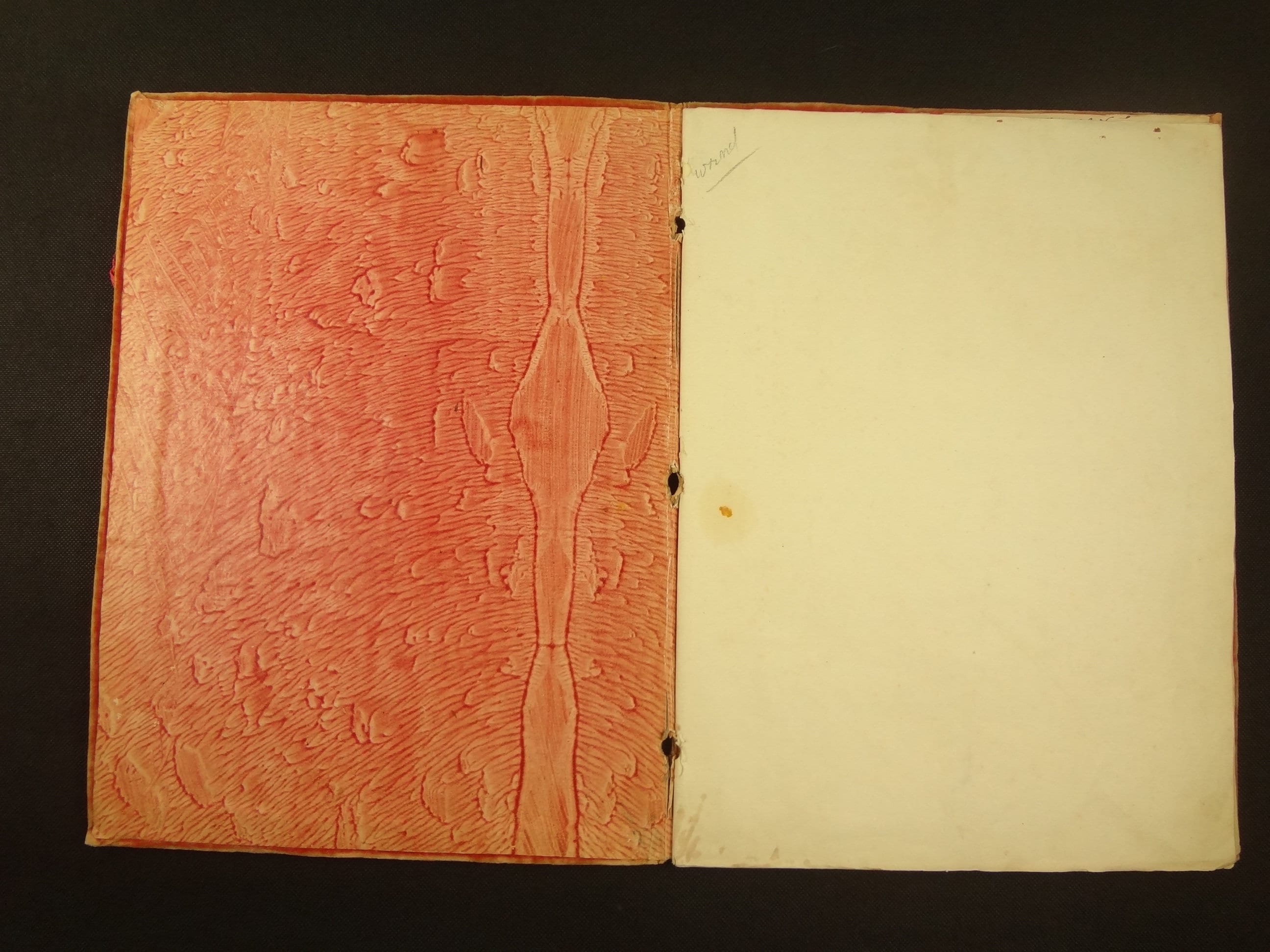 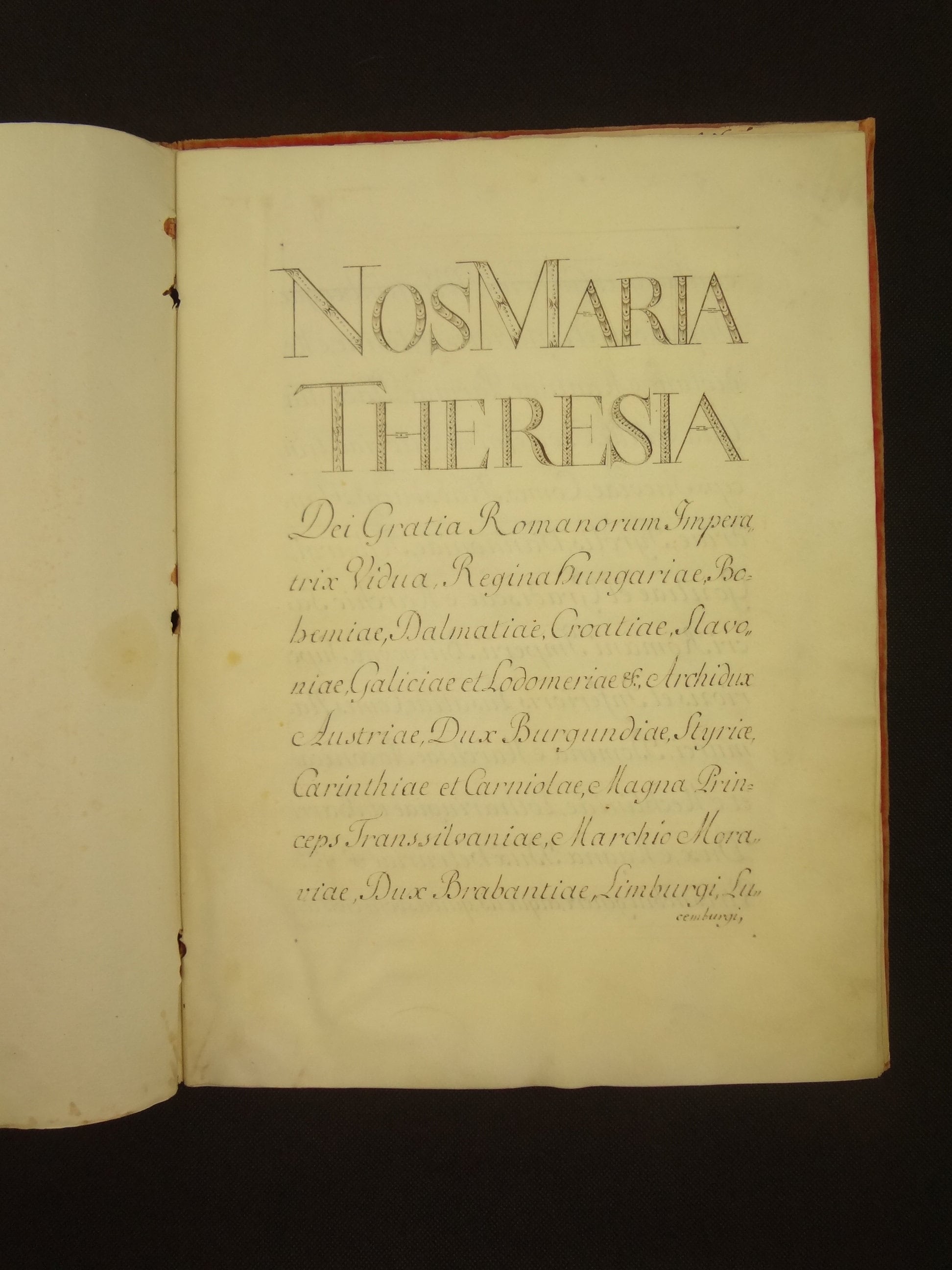 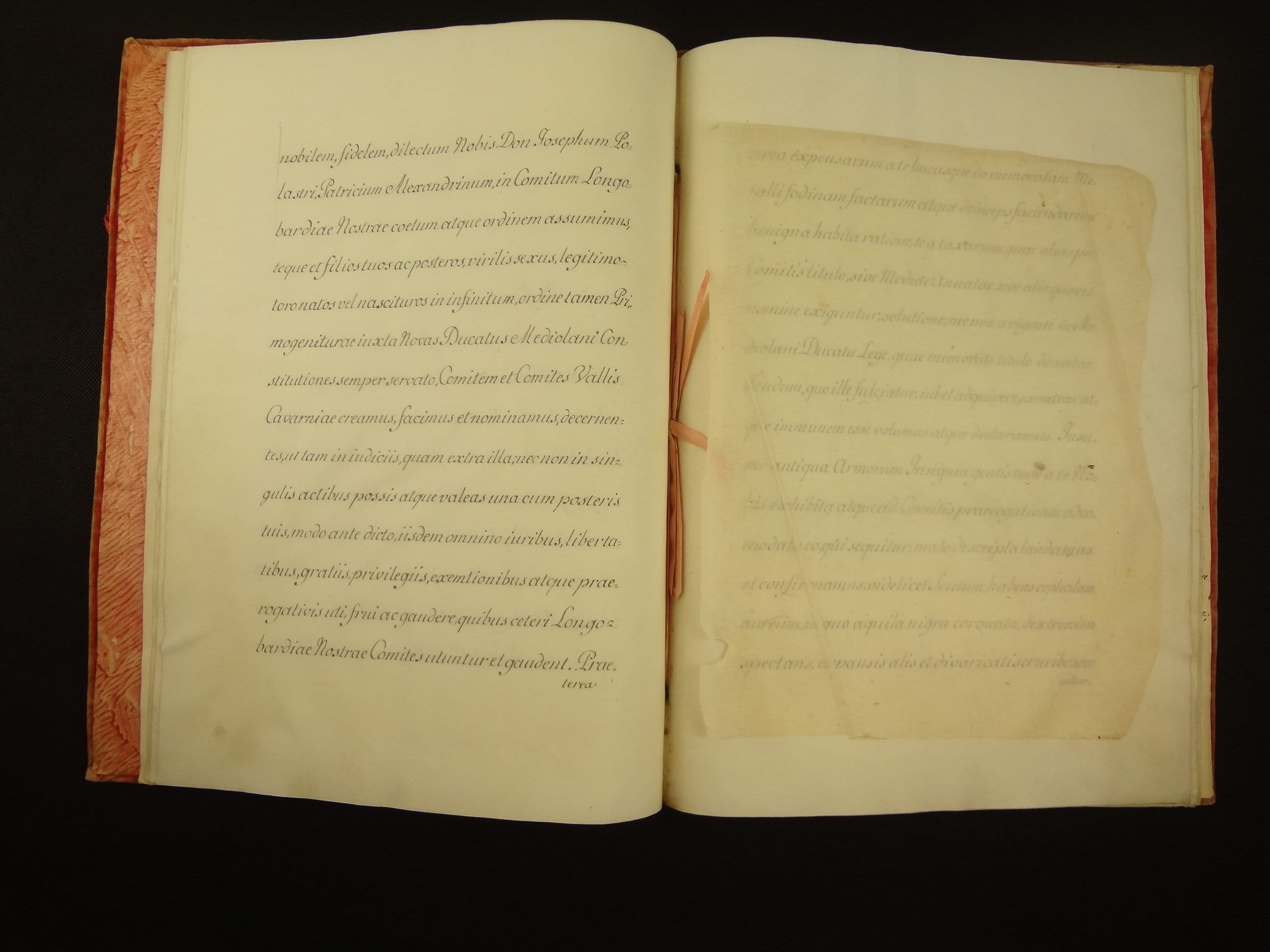 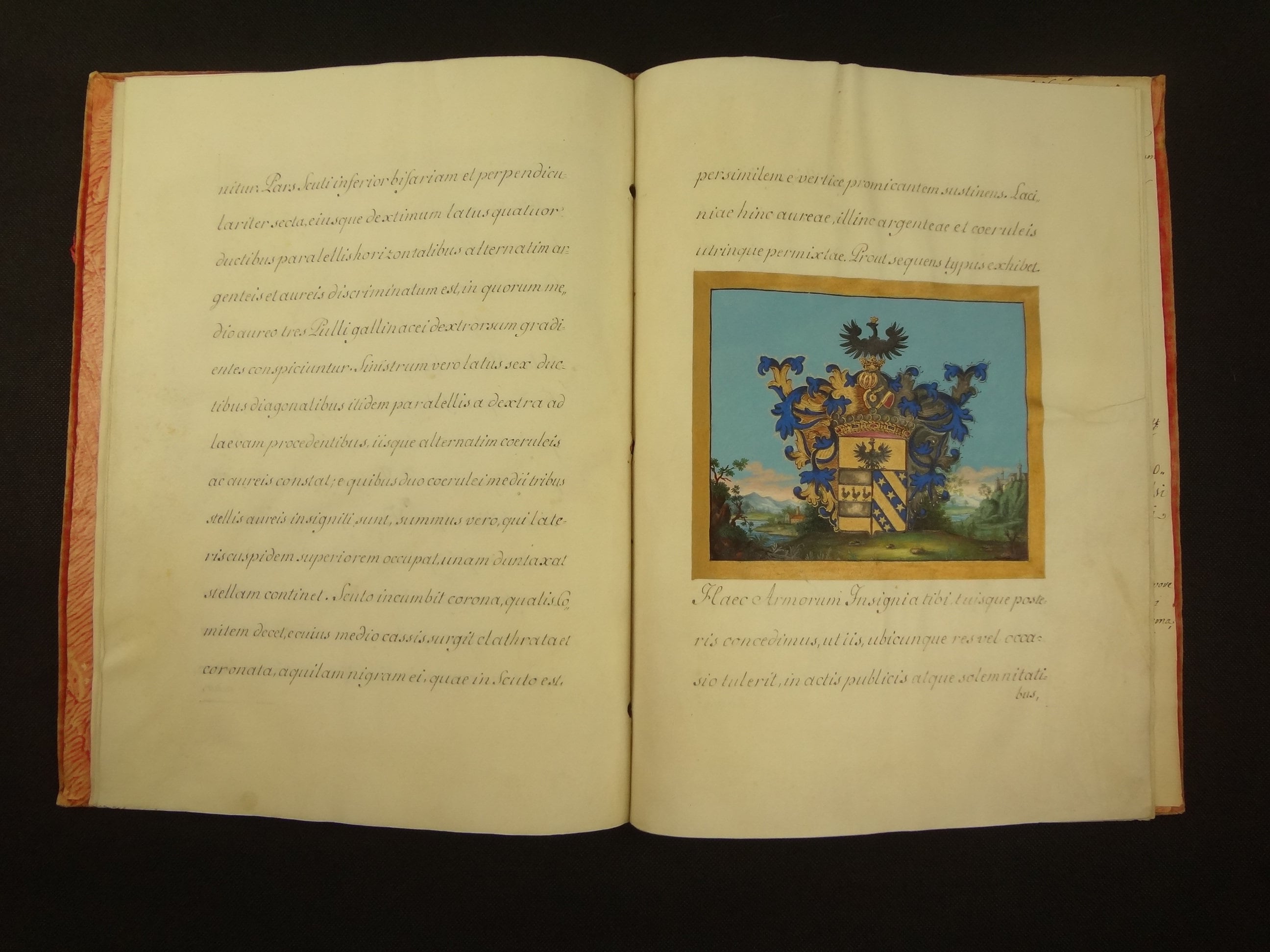 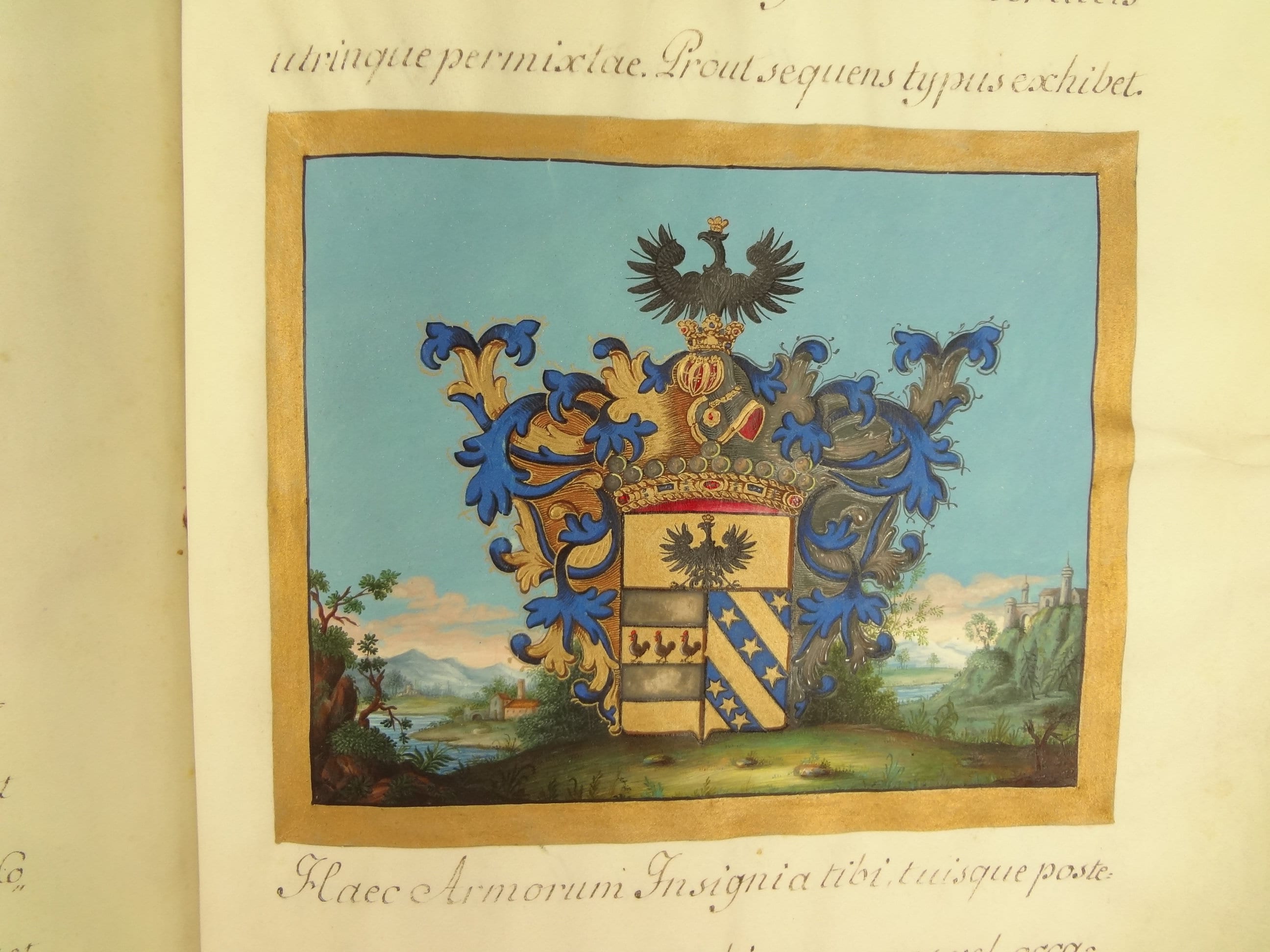 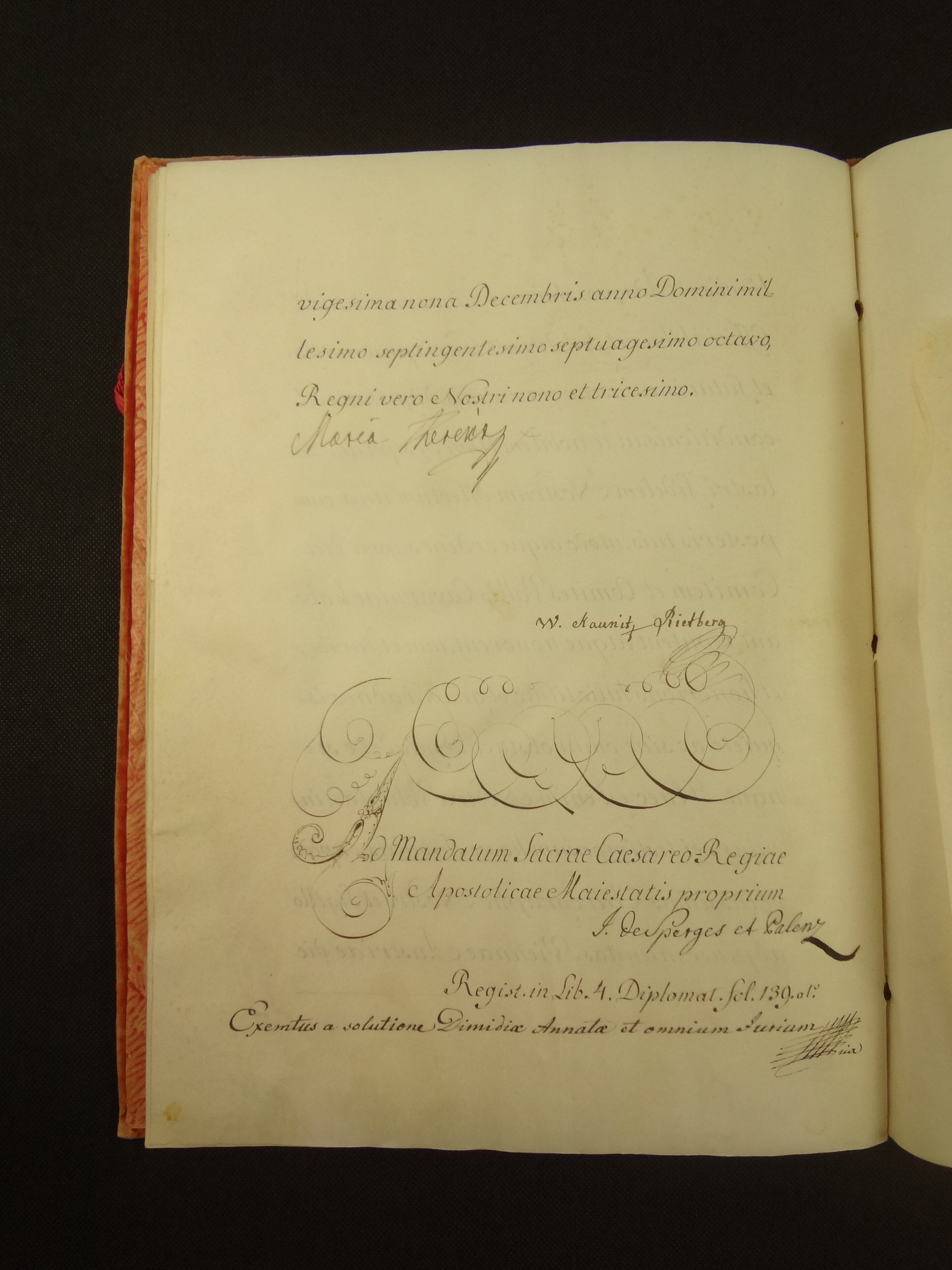 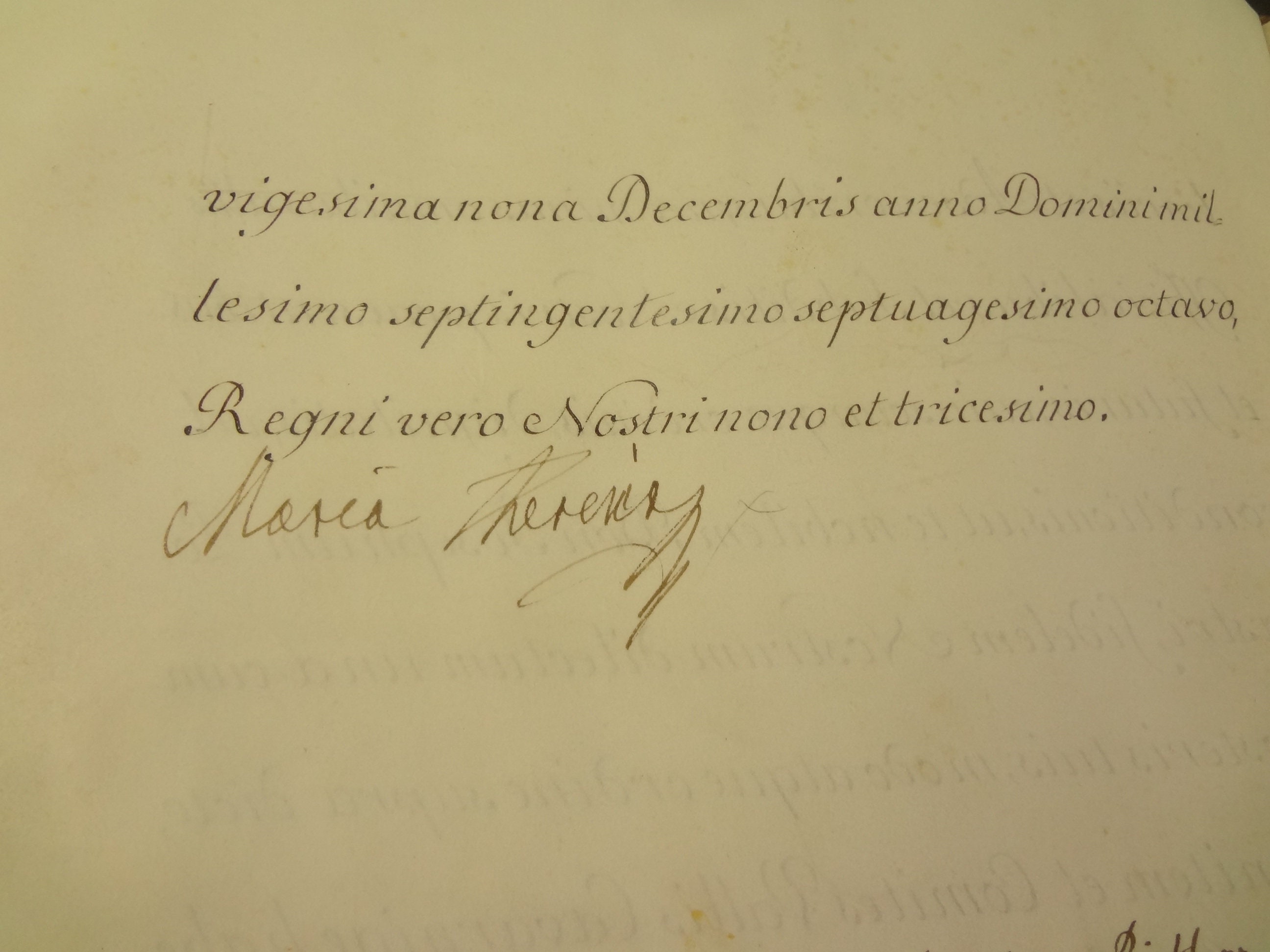 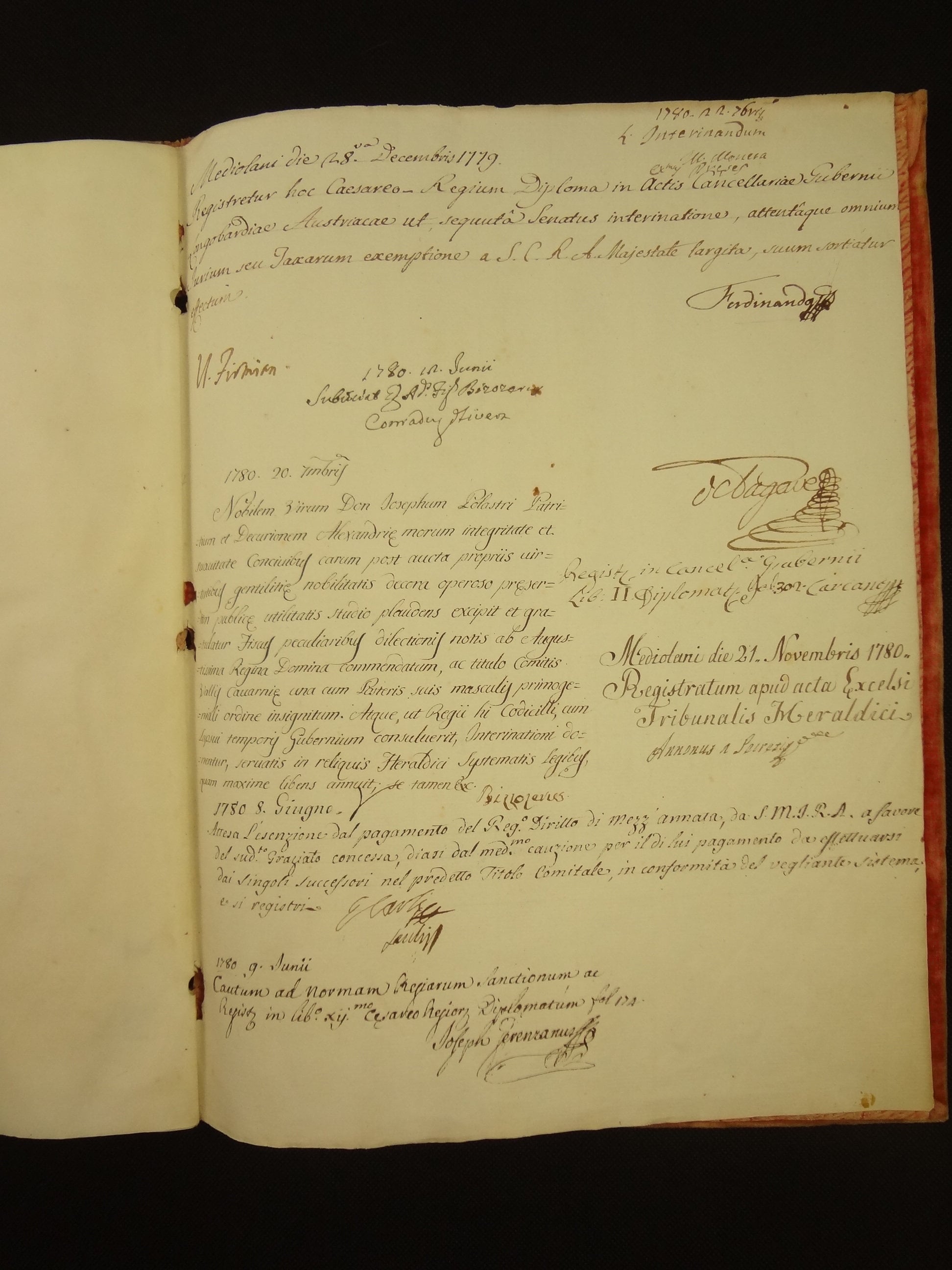 On the 6th vellum leaf, the arms of the Polastri family, highlighted by gilt application, are painted over a beautiful landscape background with a delightful play of light.

The rear leaf, of paper, seems to be used as a register with officials; for example, the first entry notes, "Registretur" and "Taxarum exemptione".

Maria Theresa Walburga Amalia Christina (German: Maria Theresia; 13 May 1717 – 29 November 1780) was ruler of the Habsburg dominions from 1740 until her death in 1780, and the only woman to hold the position in her own right. She was the sovereign of Austria, Hungary, Croatia, Bohemia, Transylvania, Mantua, Milan, Lodomeria and Galicia, the Austrian Netherlands, and Parma. By marriage, she was Duchess of Lorraine, Grand Duchess of Tuscany and Holy Roman Empress.

See pictures. There is some wear of time to the velvet, but it's in better shape than some other examples I've seen; the velvet feels like velvet, still shows signs of red, and wears all four ties (which often disintegrate). The flyleaves are paper, and the front flyleaf has bookseller notes ("WRND", "566/1080") written in pencil on it with a couple of small marks. First vellum leaf has some thumbing along the lower fore-edge. Occasional thumb at edge throughout. Tissue between leaves has some fox spots. Some of the leaves have slight cockling of vellum (wave). Rear paper flyleaf recto has the dedication, to the Polastri family, of many French officials dated 1780; the verso has several ink spots.