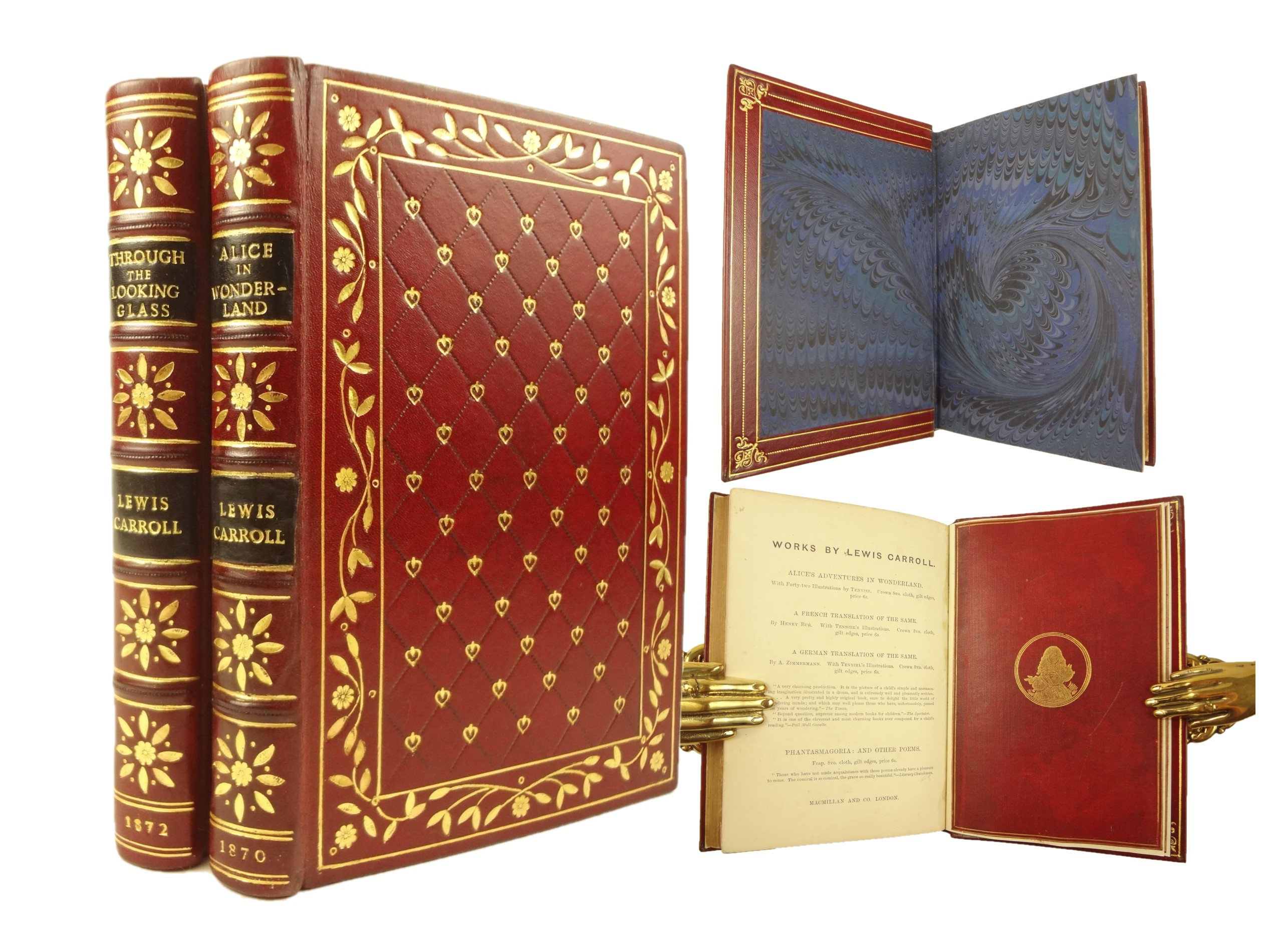 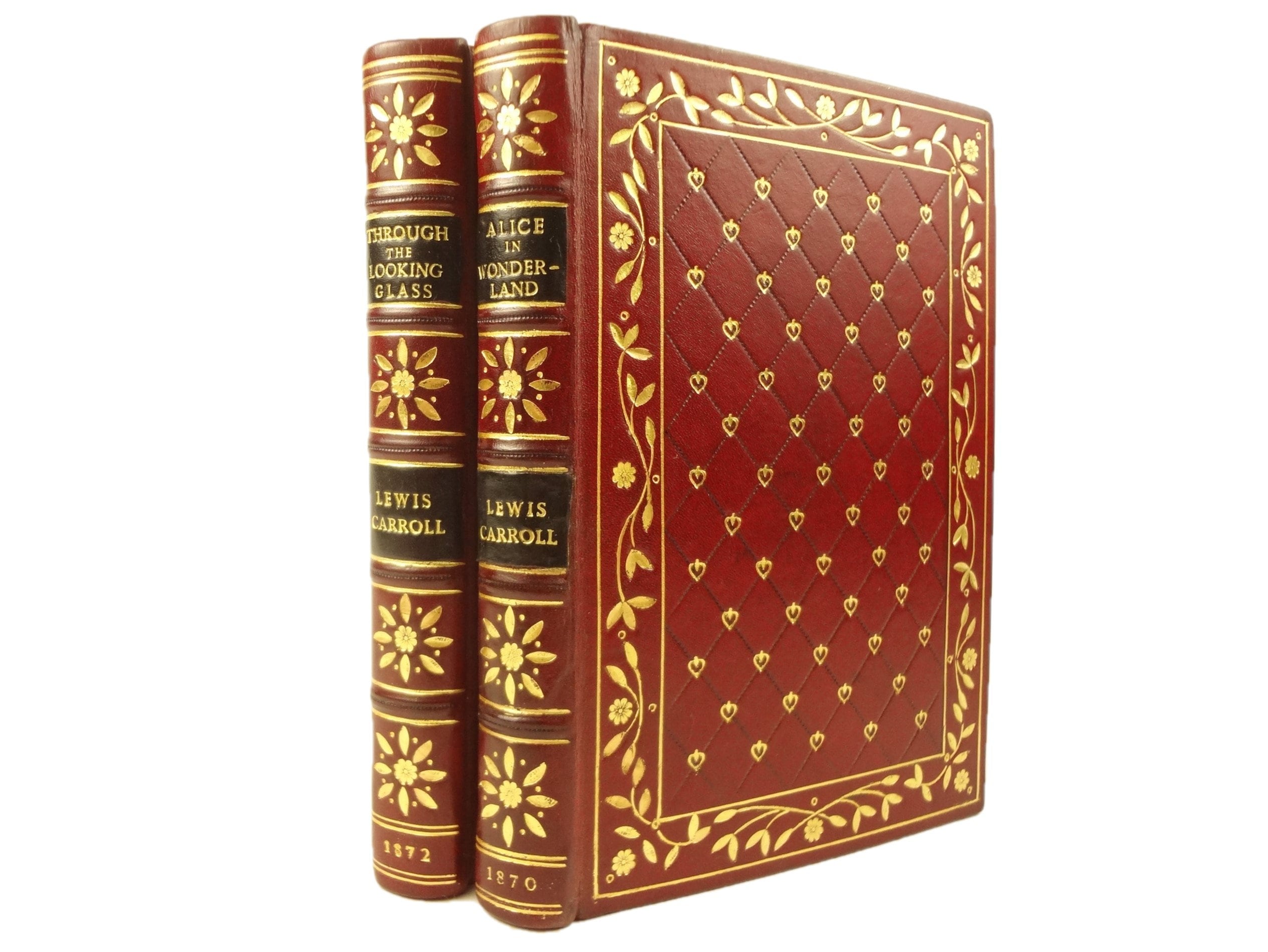 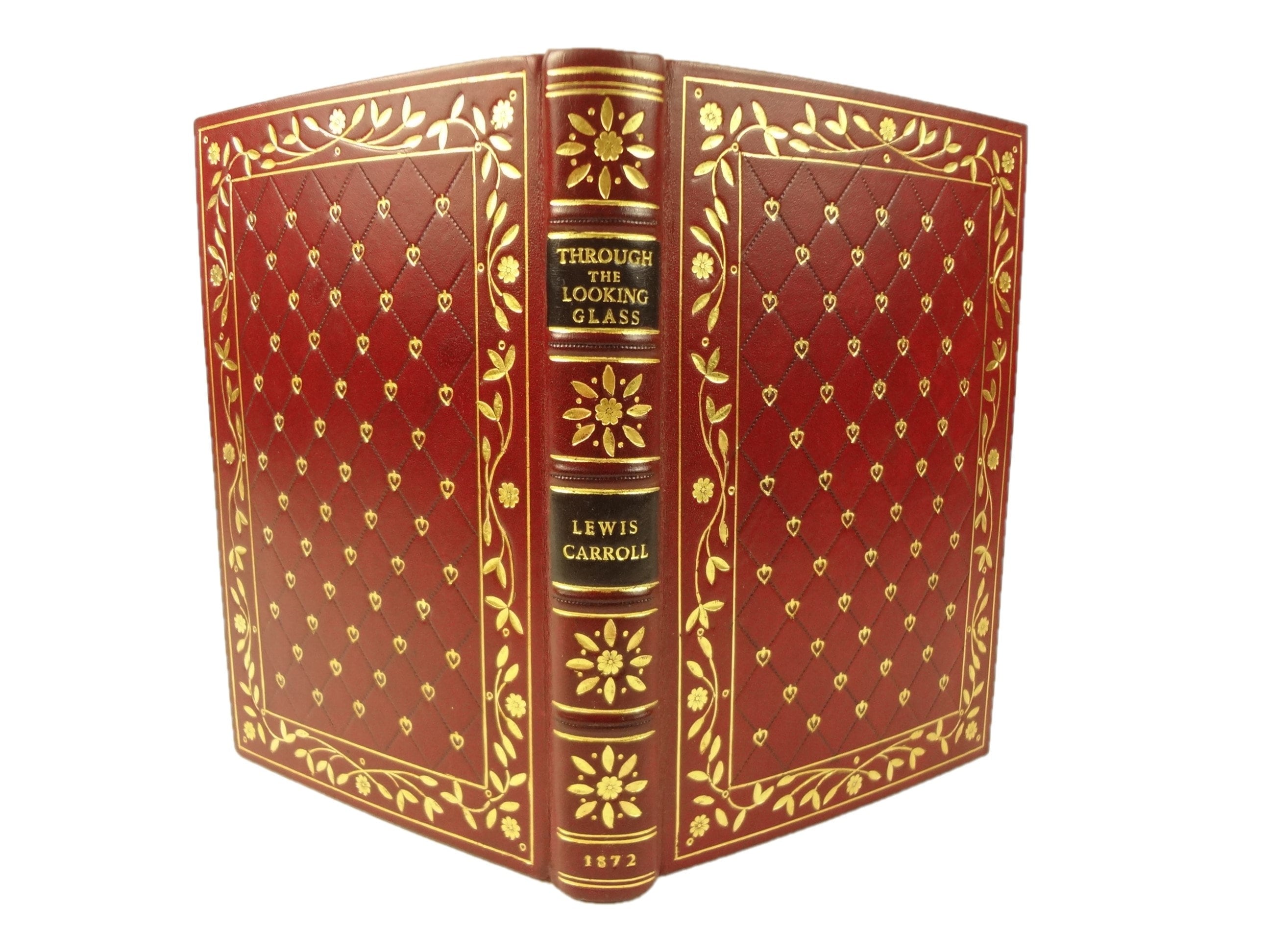 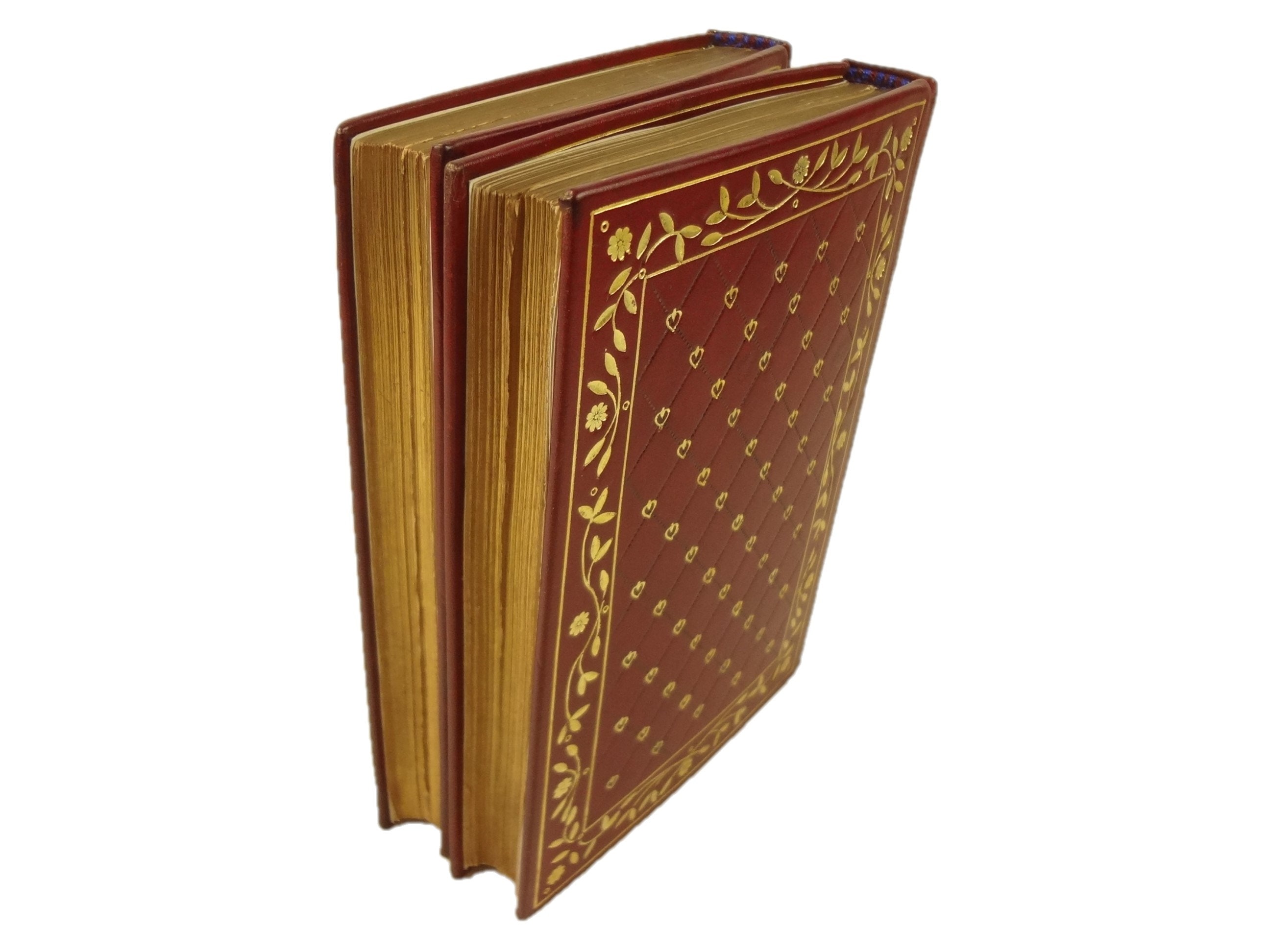 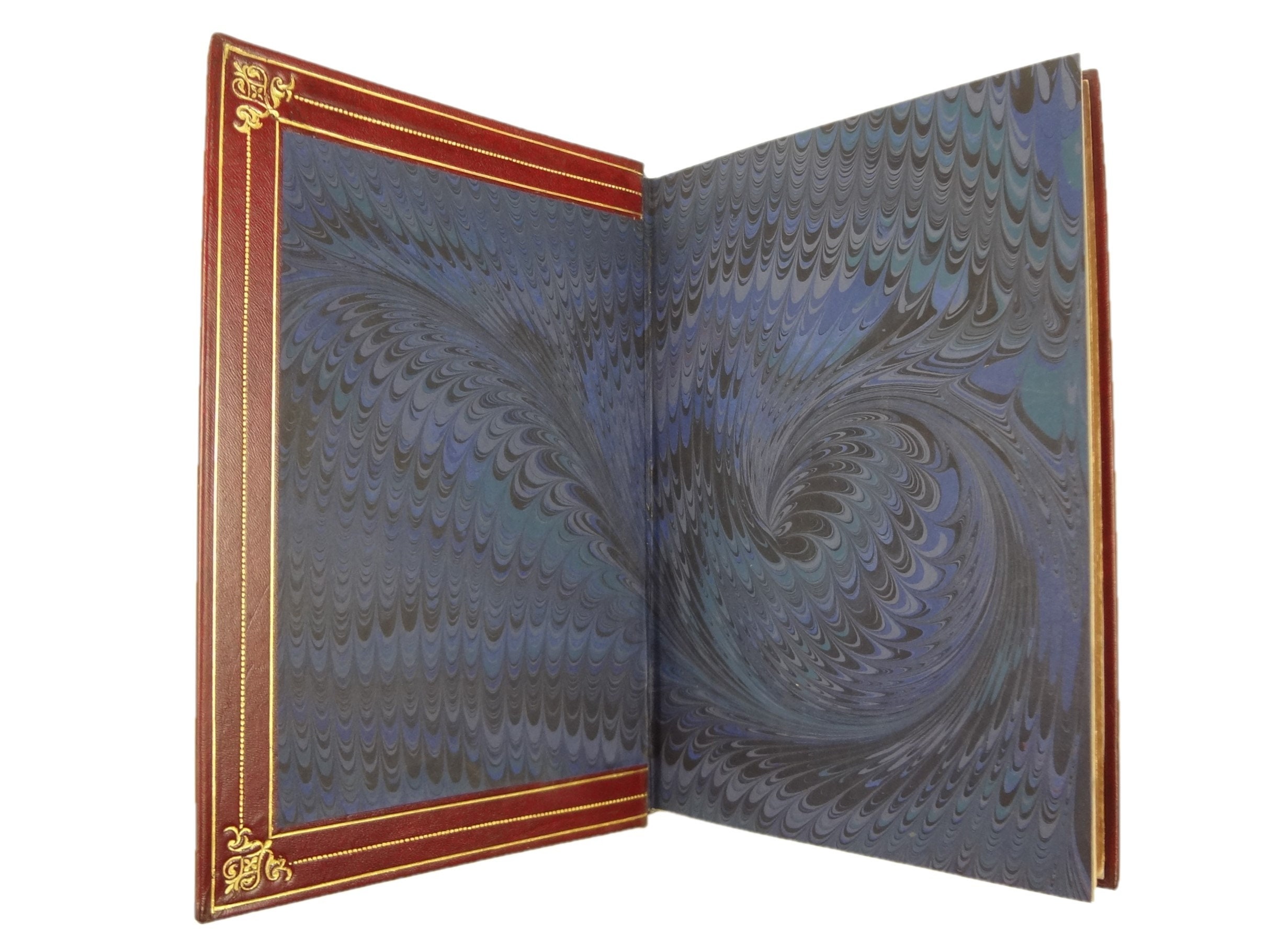 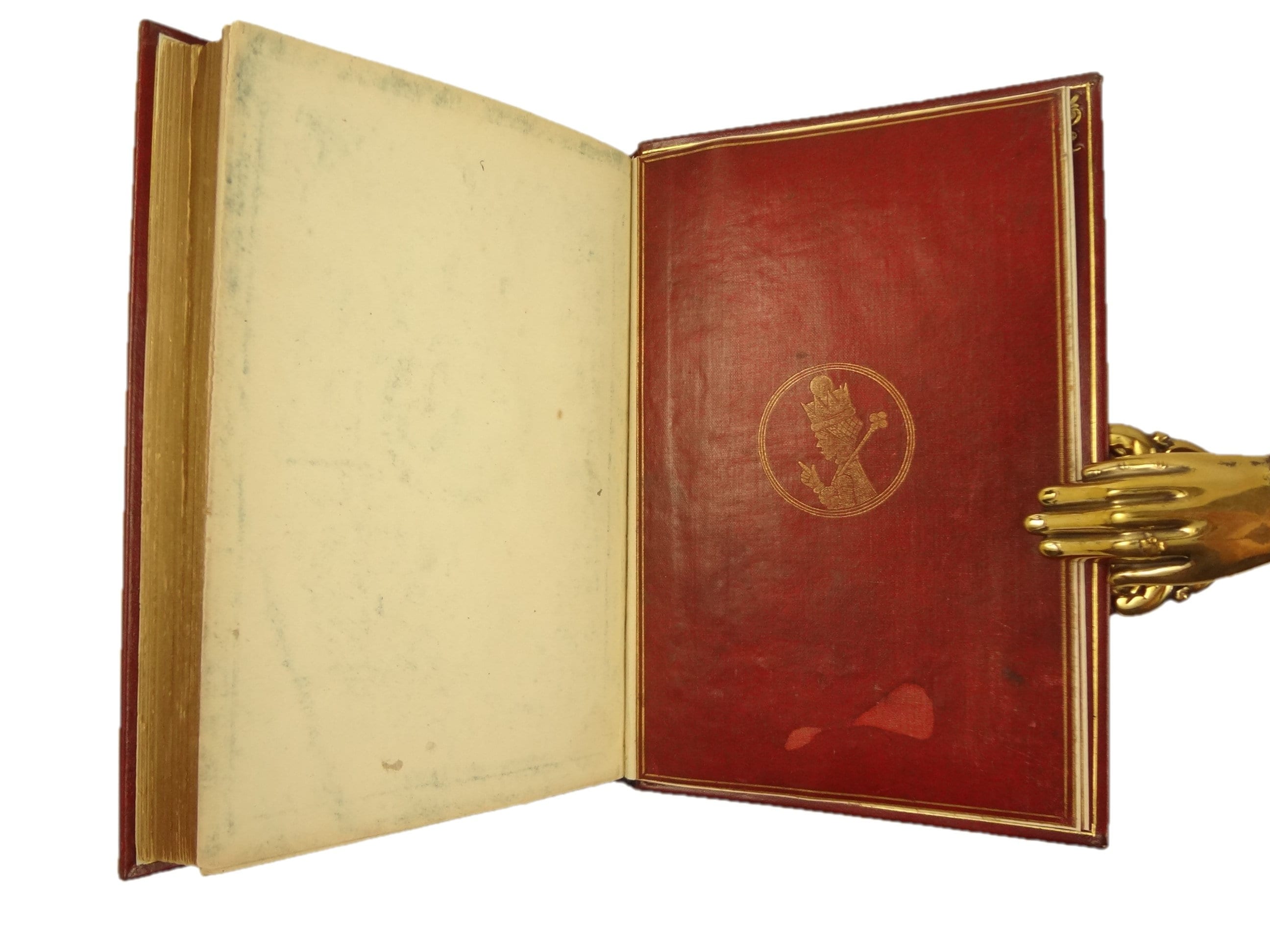 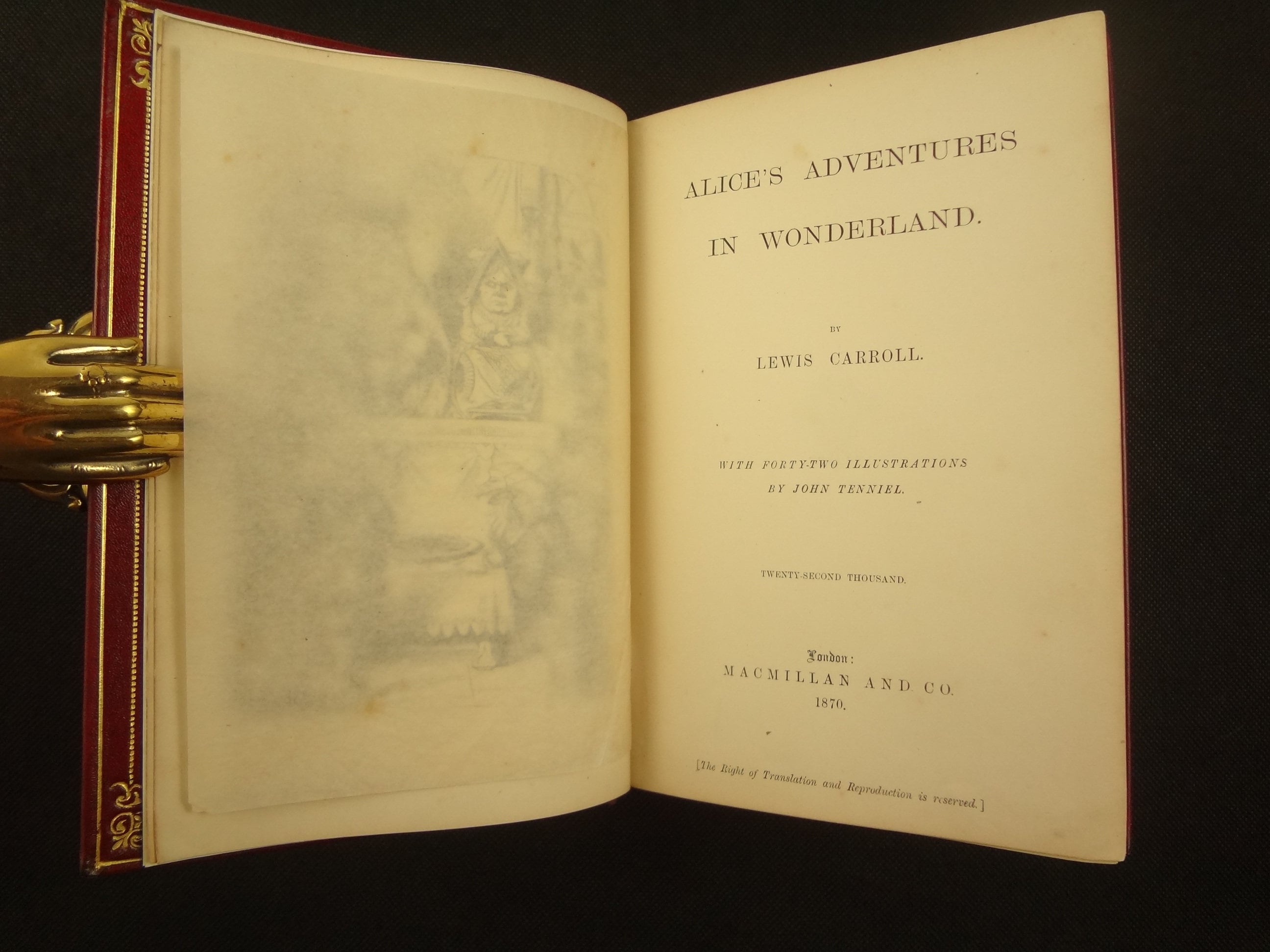 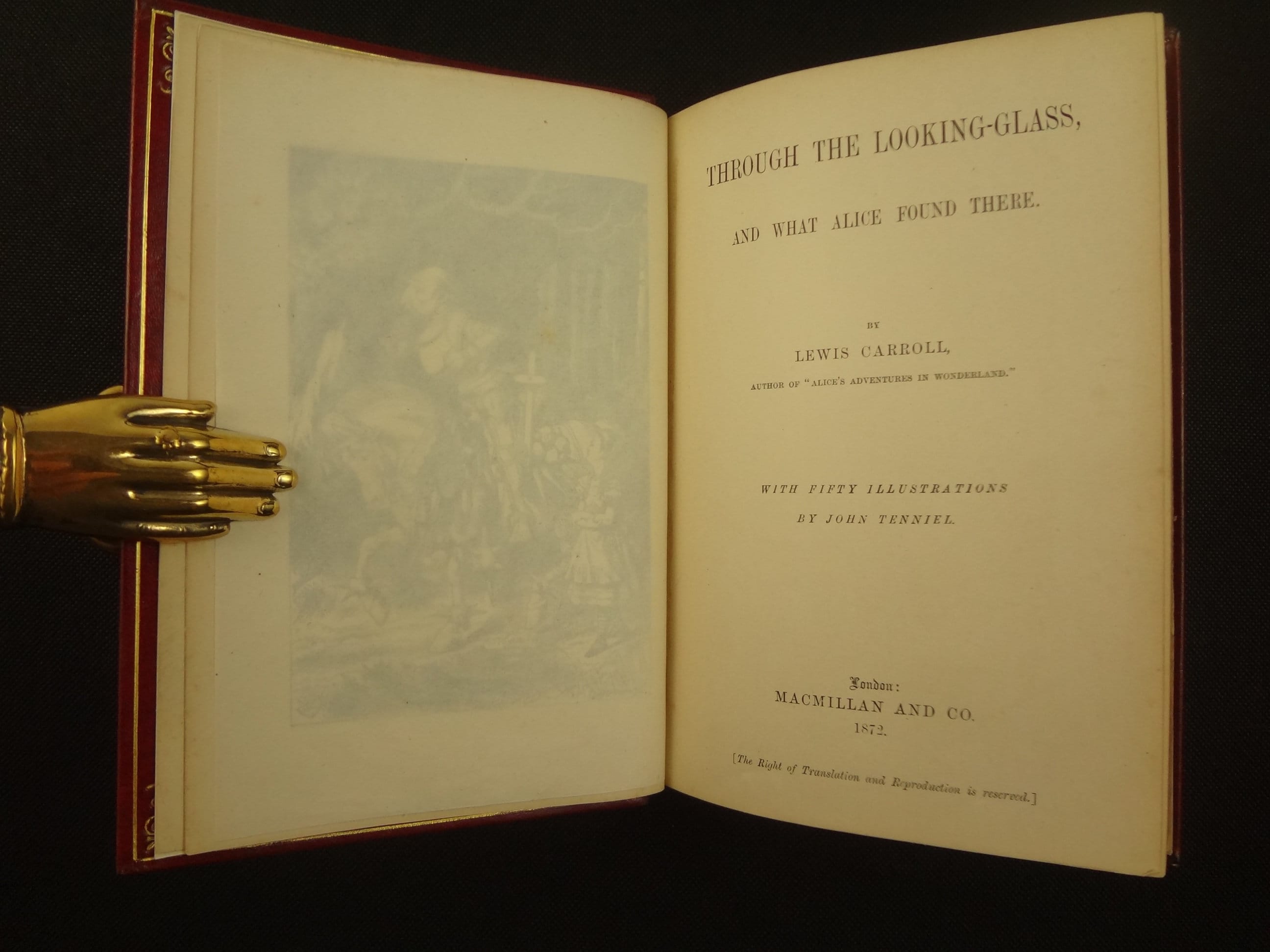 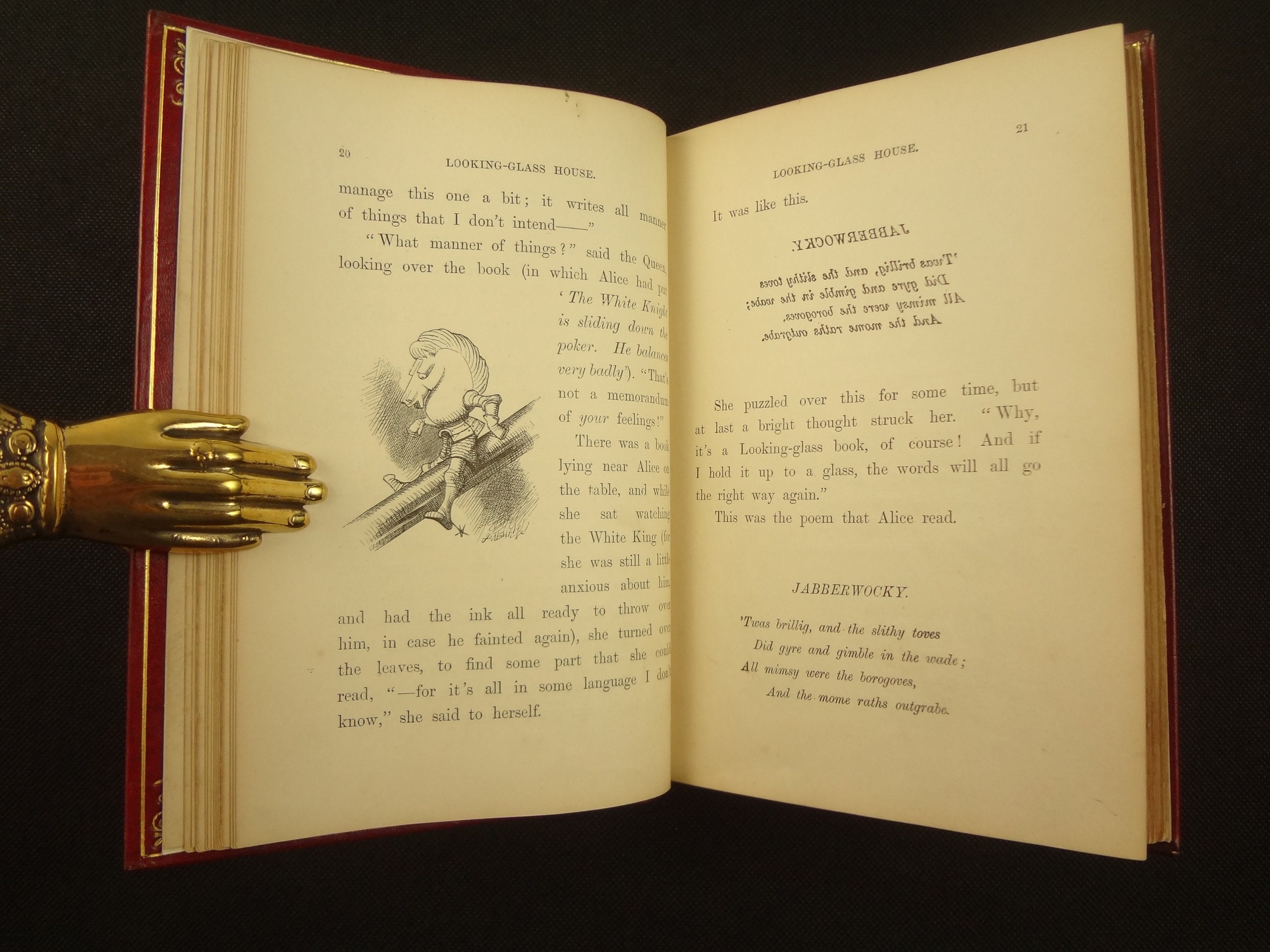 1870 Alice's Adventures in Wonderland (twenty-second thousand printing) and 1872 Through the Looking Glass (1st edition, with "wade" on page 21) in beautiful fine bindings, with the original board's cloth (front and rear) preserved at the rear of each volume.

An early, attractive and desirable set.

The dark-red bindings and dark-blue marbled endpapers pay homage to the original binding's red boards and blue endpapers. The text-blocks were not re-trimmed, retaining another element of the original look and feel of the works.

About Alice (in extreme brief) -

One of the best-known works of Victorian literature, its narrative, structure, characters and imagery have had huge influence on popular culture and literature, especially in the fantasy genre. One magazine declared it "exquisitely wild, fantastic, impossible". In the late 19th century, Walter Besant wrote that Alice was "of that extremely rare kind which will belong to all the generations to come until the language becomes obsolete". F. J. Harvey Darton argued in a 1932 book that Alice ended an era of didacticism in children's literature, inaugurating a new era in which writing for children aimed to "delight or entertain".

Each volume measures approx. 18.7 x 13.2 x 2.3 cm. Dark-red morocco bindings. Boards framed in gilt with a border of undulating leaves, vines and flowers in gilt; the inner compartment is diced (in blind) with a gilt heart tool applied at each intersection. Spines with five raised bands ruled in blind; four compartment with a central gilt flower with leaves radiating around them, and two with the title and author in gilt on black morocco. Copyright date of each in gilt at the base of the spine. Turn-ins with an inner and outer gilt filet, and a central dotted roll, with corner leafy florets that hint at the heart shape. Deep dark-blue marbled endpapers. All-edges original gilt (a little worn). Original boards retained at rear of each volume. Dark-blue and red endbands. Illustrated.

See pictures. Both books slightly out of square. Fresh bindings but the text blocks were not recut, retaining their original gilt edges and light wear. Bindings are fresh and attractive. Both volumes have a little toning and some foxing as is typical to 19th century paper/printing. Name on 1/2 title page of Alice's. Spot on rear of title page and facing page (.5 cm). Occasional thumb throughout both. Paper clip mark at top edge of 10/11 Alice's. 3 cm (tea?) mark on 61 Alice's; several more (tea?) spots at top edge of 81-83. Some foxing around edges of 1/2 title of Through. Page 11 of Through with large thumbing at bottom edge. Ink smudge bottom of 65 Through. Pronounced thumb 70 Through. Page 219-224 bottom corner dog-eared Through. Old fabric covers, pasted at rear, were a little worn, with some rubs, darkening and stains.