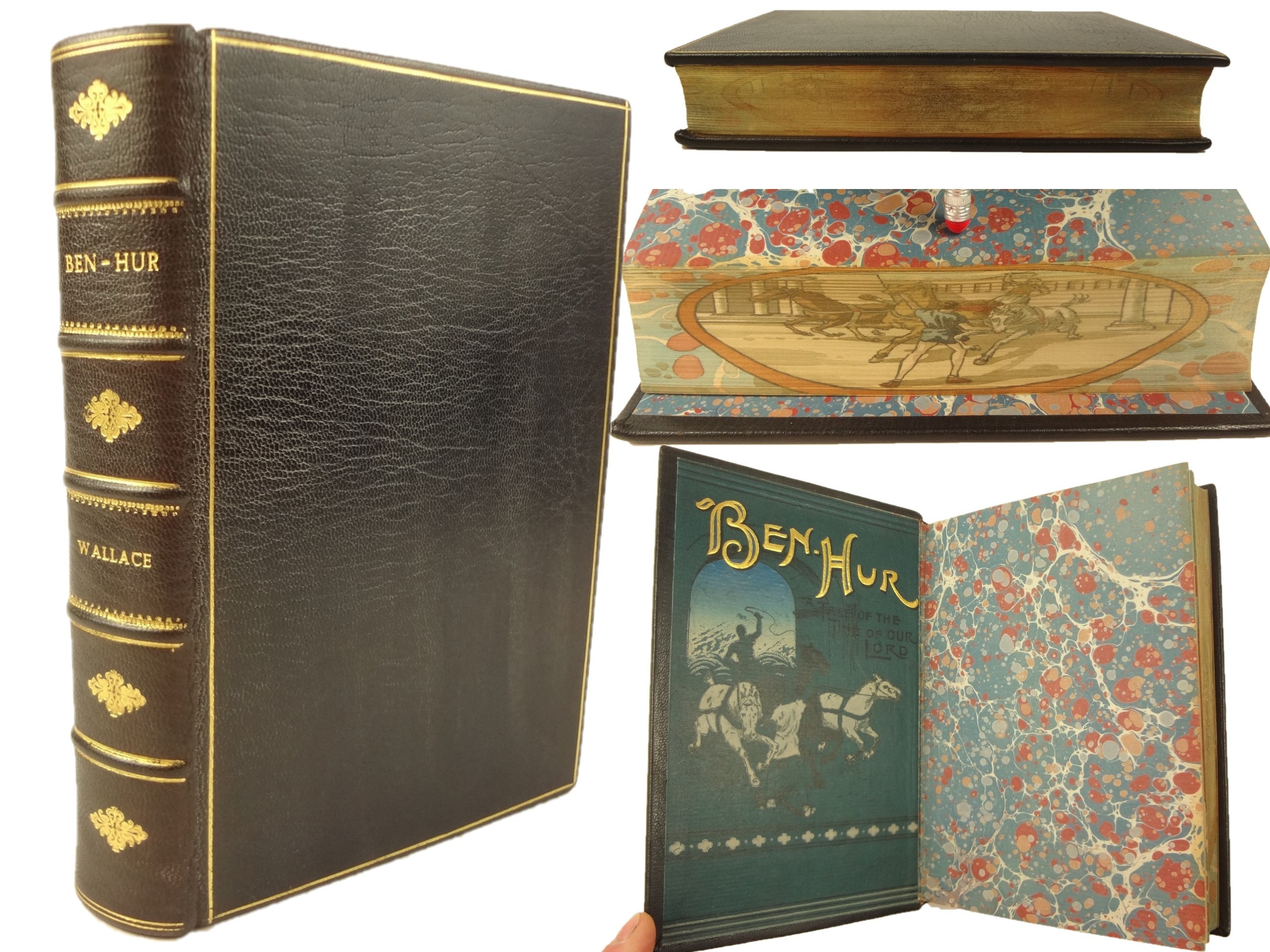 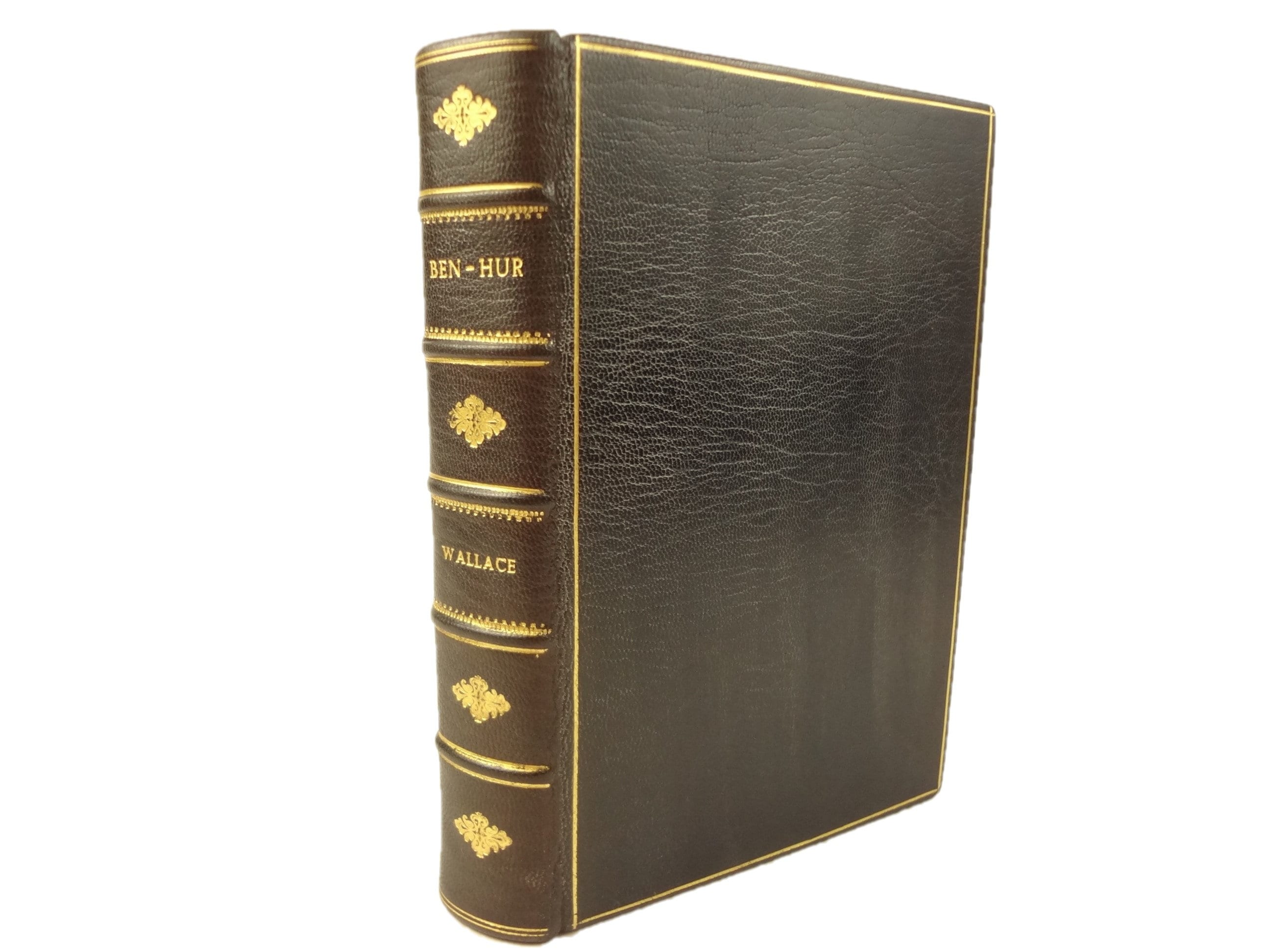 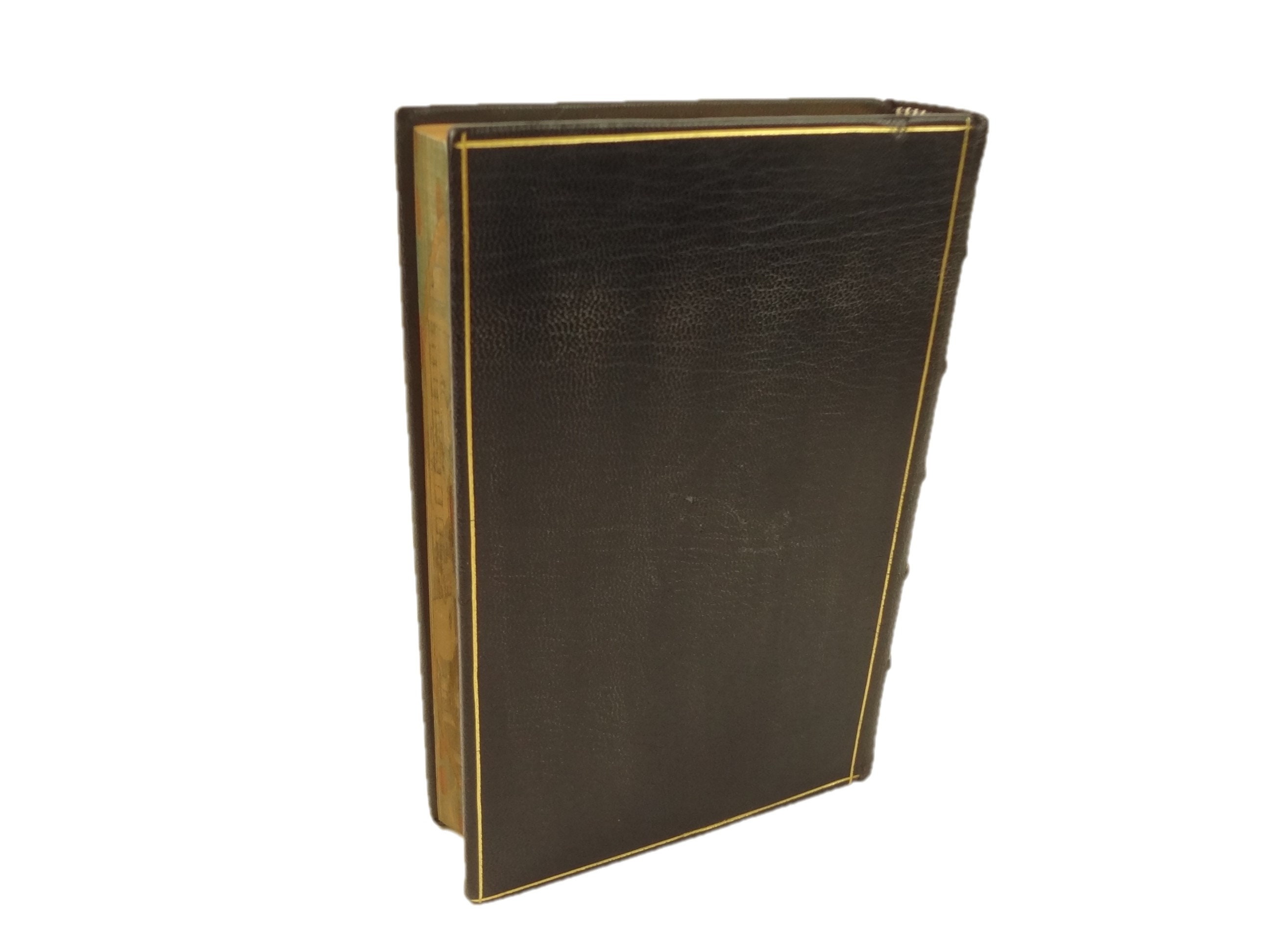 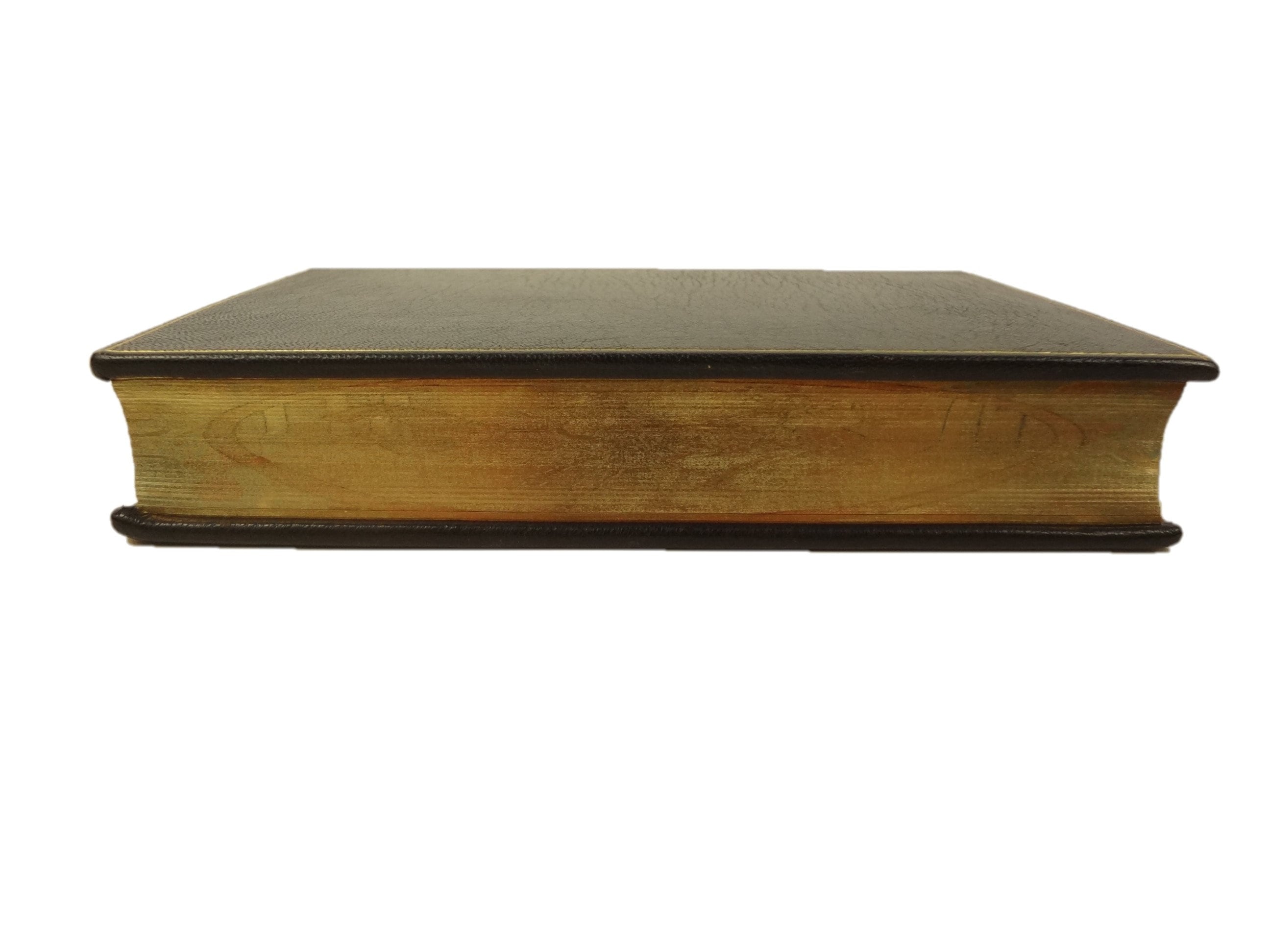 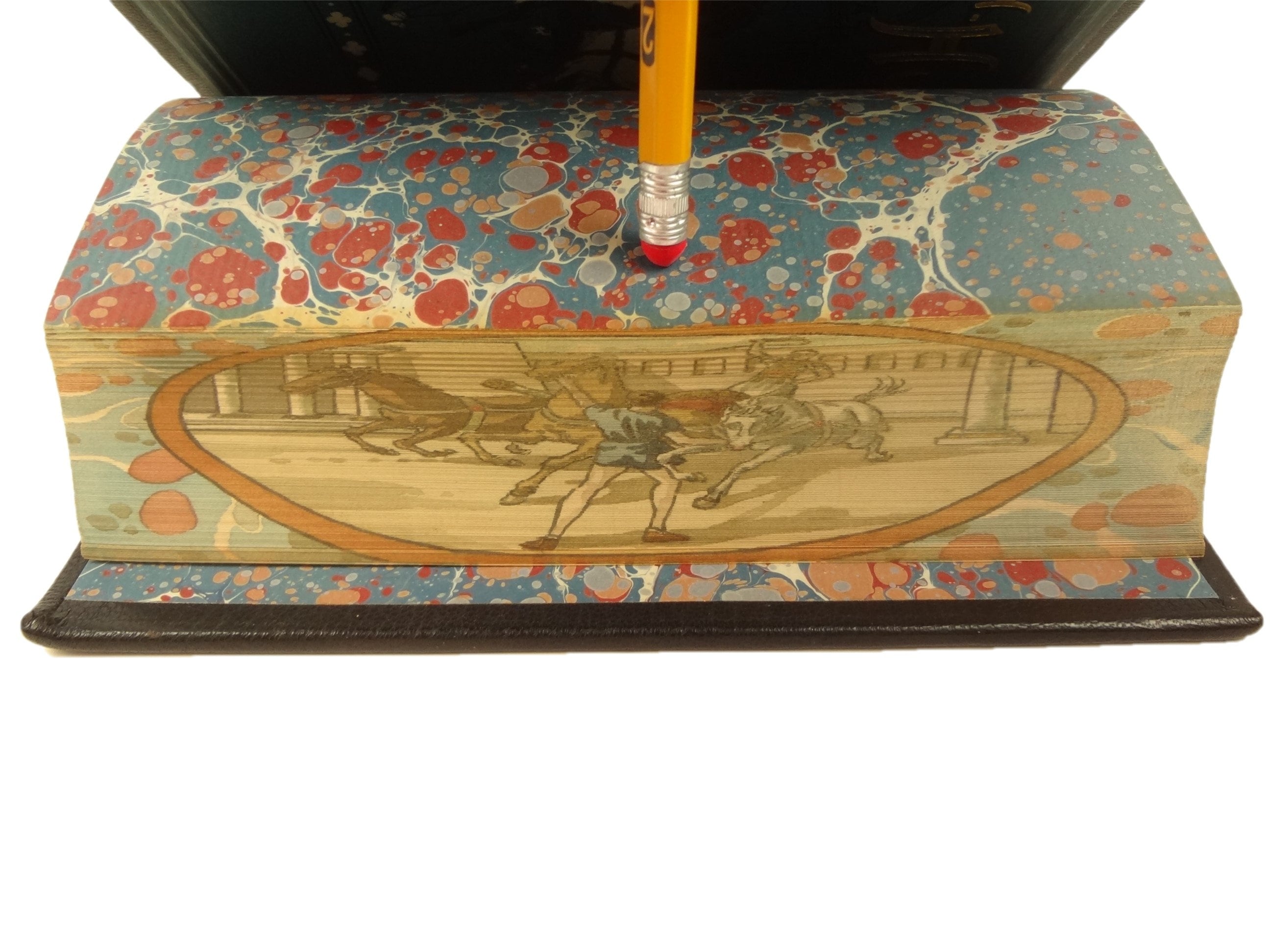 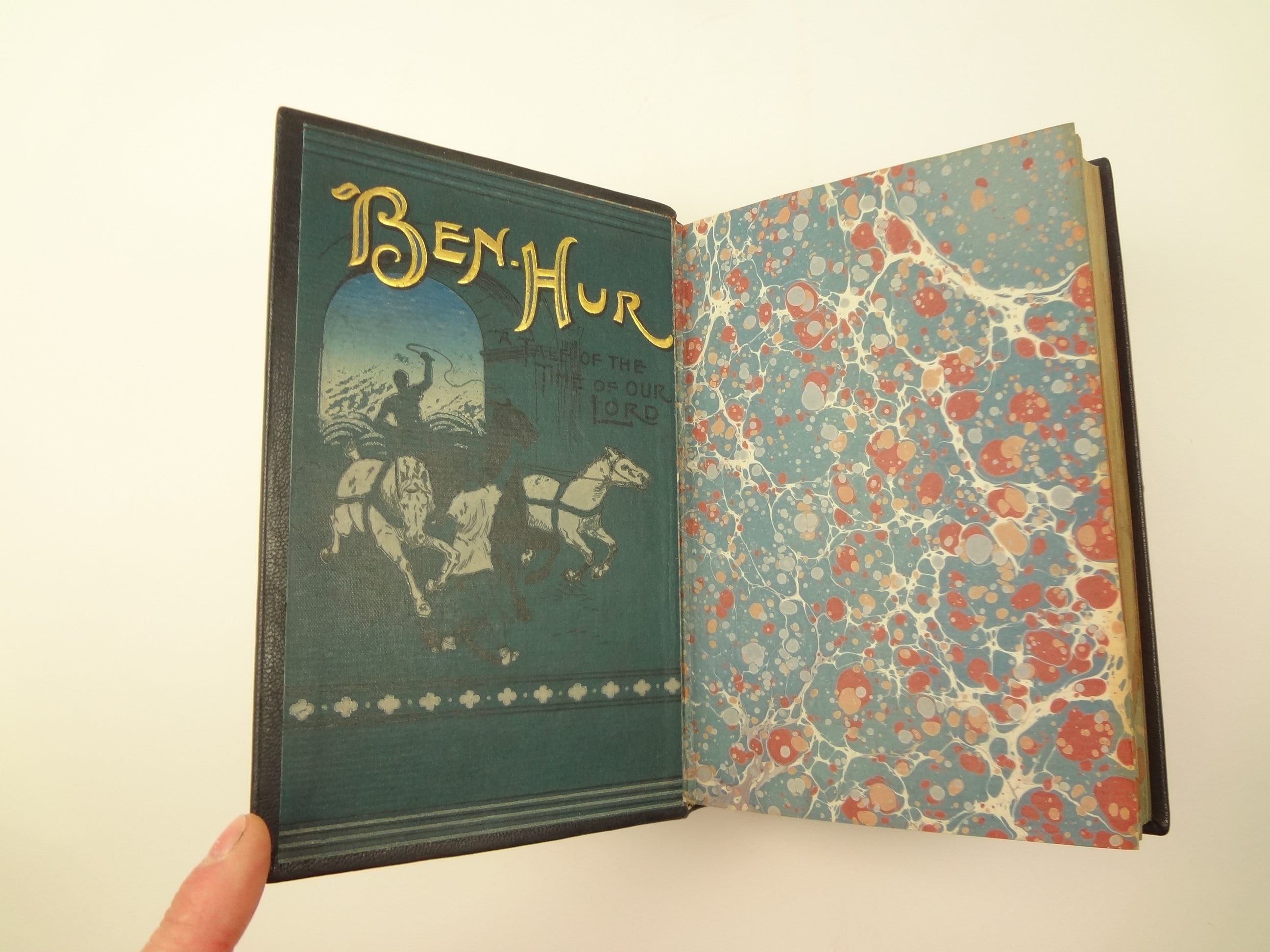 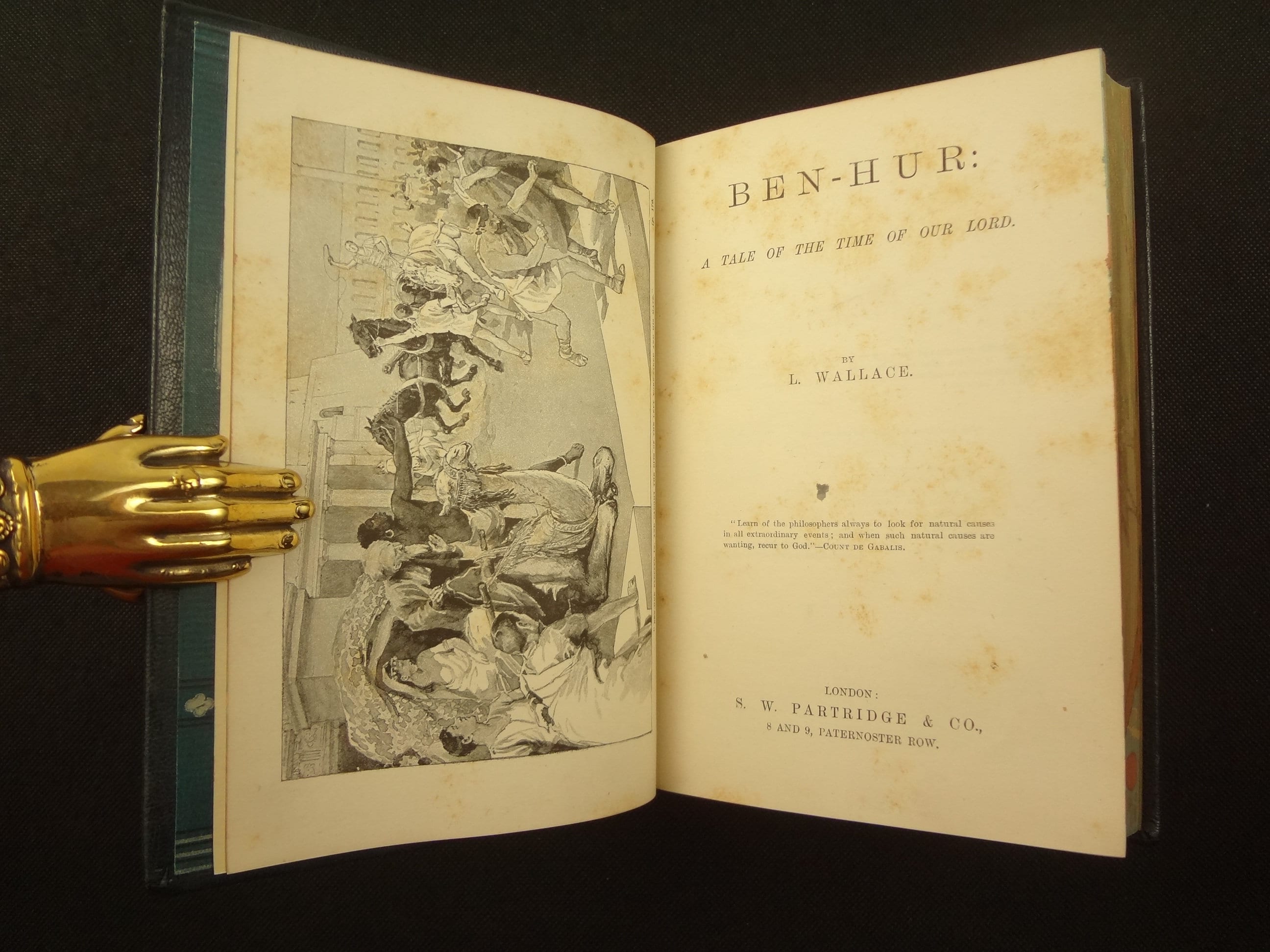 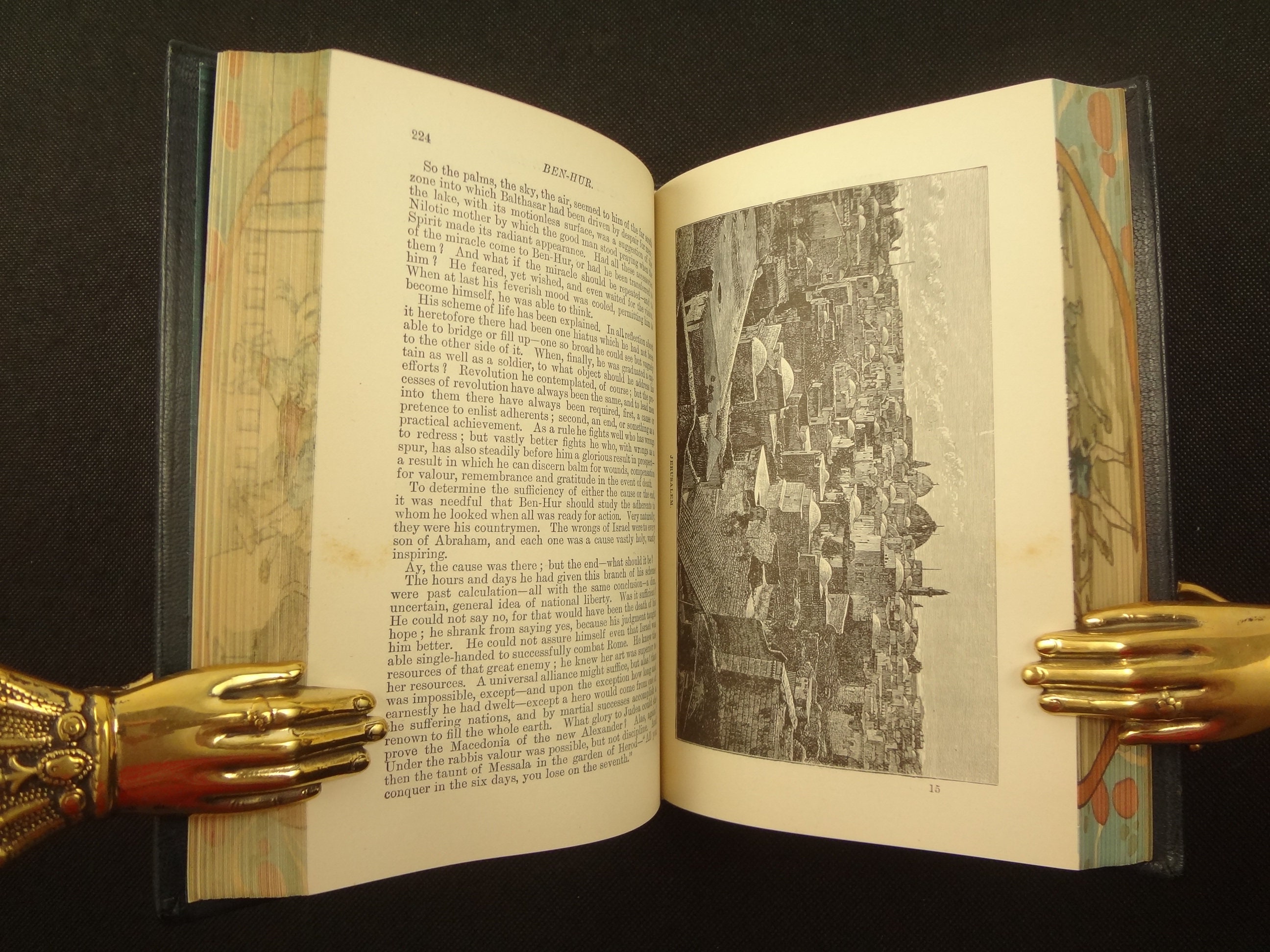 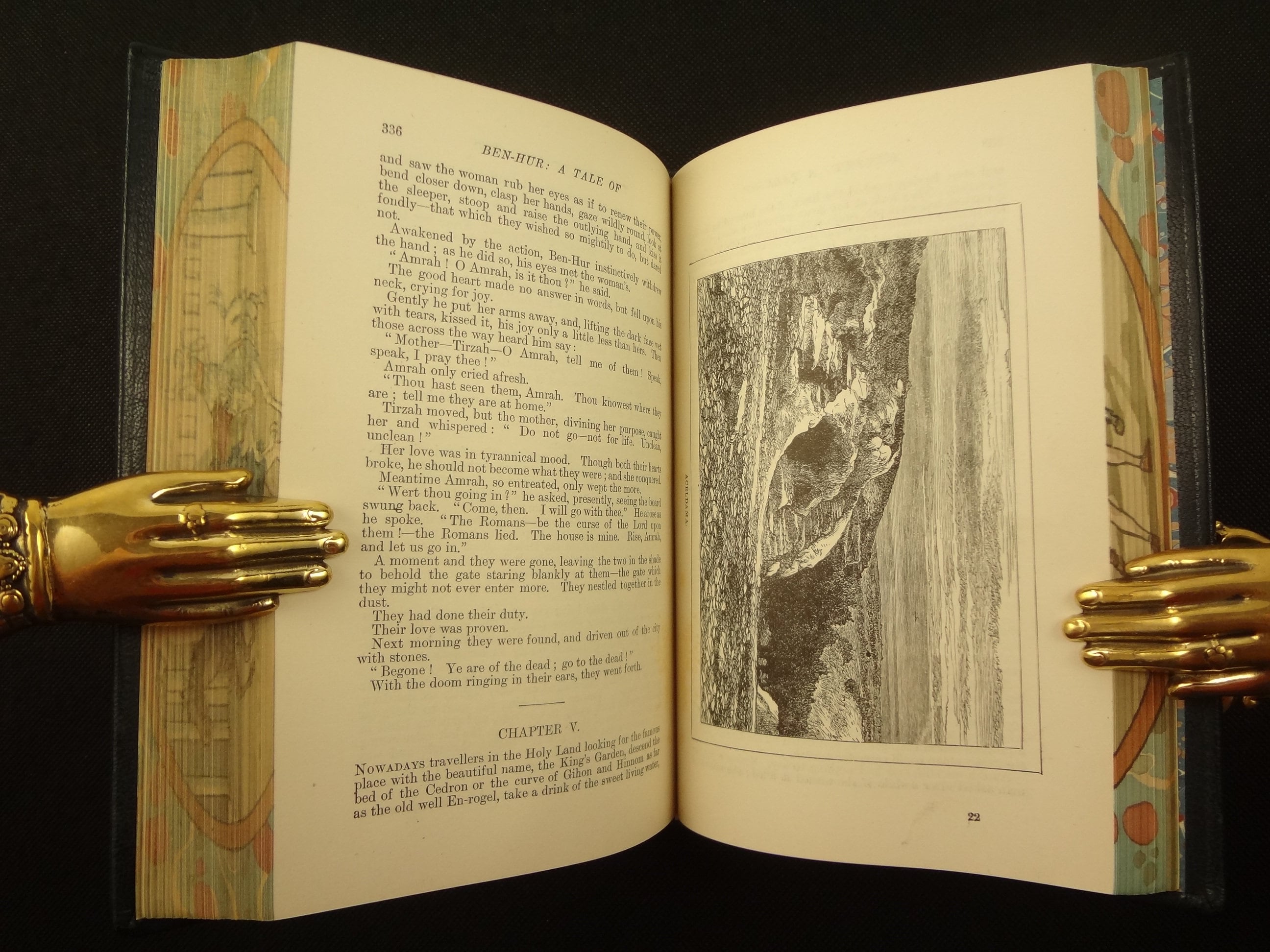 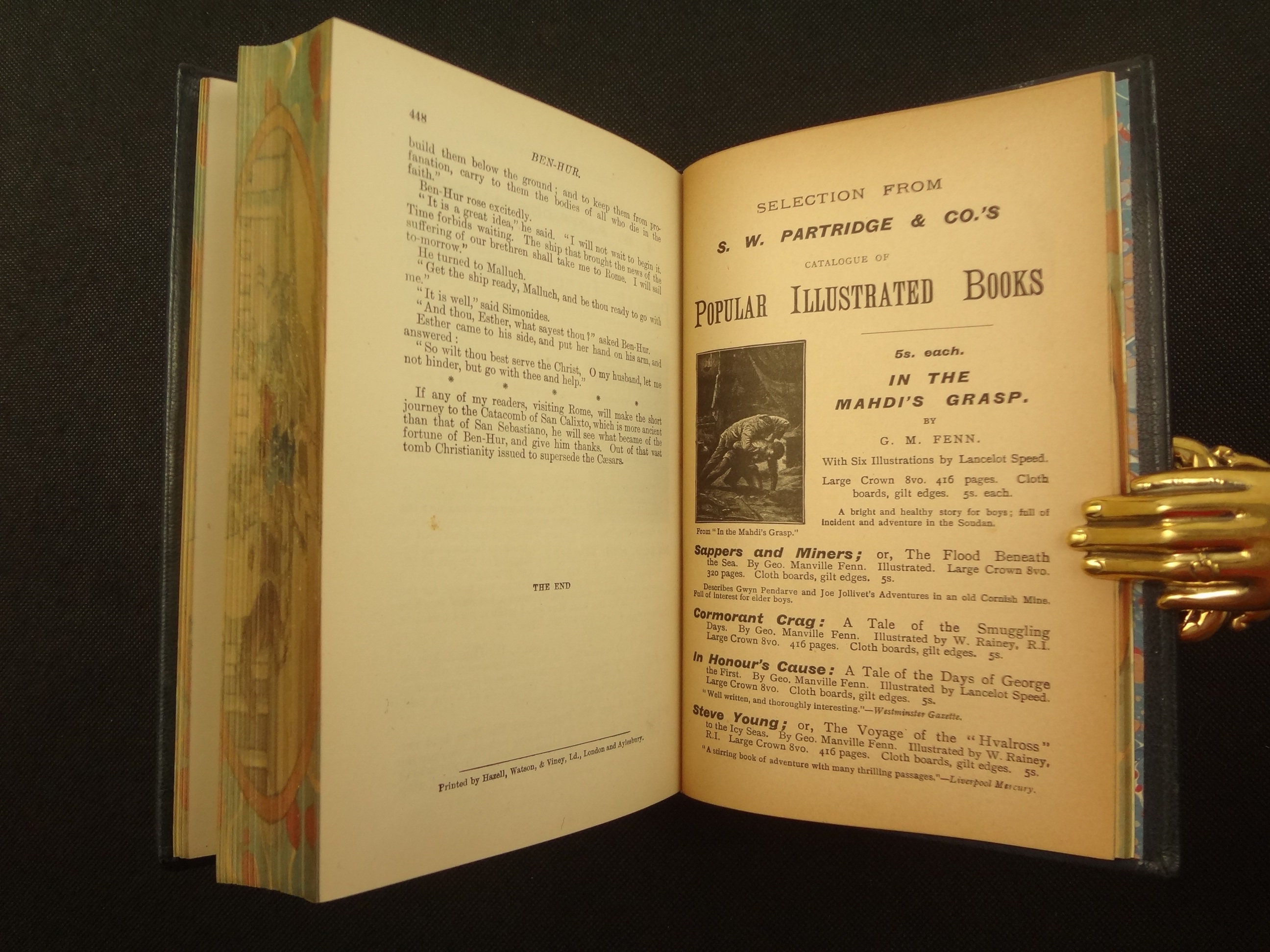 The fore-edge painting is bright, (likely) depicting Messala being trampled.

I would guess that this binding and painting is recent, and that what appears to be the original cover (pasted within) is really a simulated printing, because it looks brand new.

Ben-Hur: A Tale of the Christ is a novel by Lew Wallace, published by Harper and Brothers on November 12, 1880, and considered "the most influential Christian book of the nineteenth century". It became a best-selling American novel, surpassing Harriet Beecher Stowe's Uncle Tom's Cabin (1852) in sales. The book also inspired other novels with biblical settings and was adapted for the stage and motion picture productions. Ben-Hur remained at the top of the US all-time bestseller list until the 1936 publication of Margaret Mitchell's Gone with the Wind. The 1959 MGM film adaptation of Ben-Hur is considered one of the greatest films ever made and was seen by tens of millions, going on to win a record 11 Academy Awards in 1960, after which the book's sales increased and it surpassed Gone with the Wind. It was blessed by Pope Leo XIII, the first novel ever to receive such an honor. The success of the novel and its stage and film adaptations also helped it to become a popular cultural icon that was used to promote numerous commercial products.

The story recounts the adventures of Judah Ben-Hur, a Jewish prince from Jerusalem, who is enslaved by the Romans at the beginning of the first century and becomes a charioteer and a Christian. Running in parallel with Judah's narrative is the unfolding story of Jesus, from the same region and around the same age. The novel reflects themes of betrayal, conviction, and redemption, with a revenge plot that leads to a story of love and compassion.