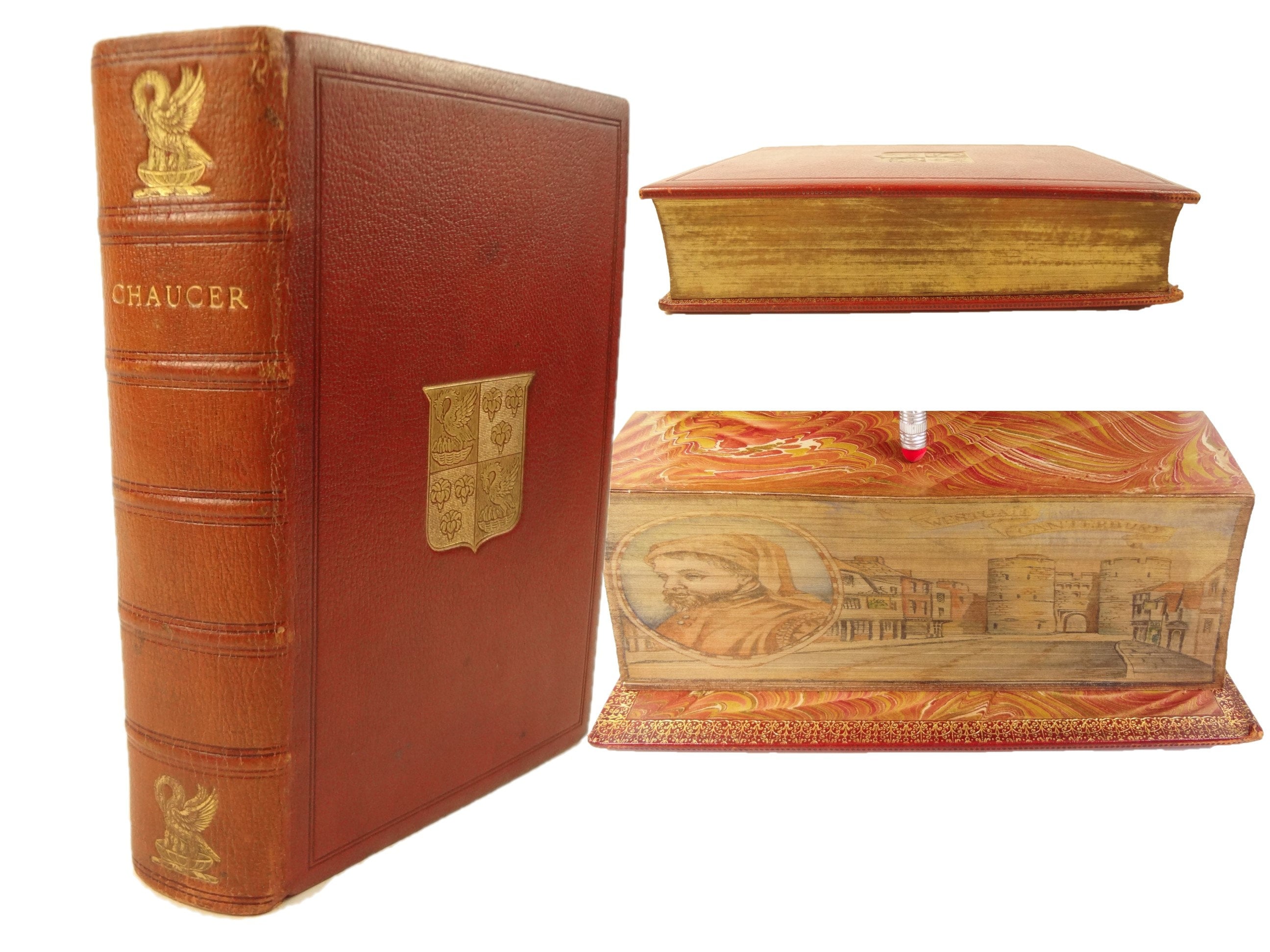 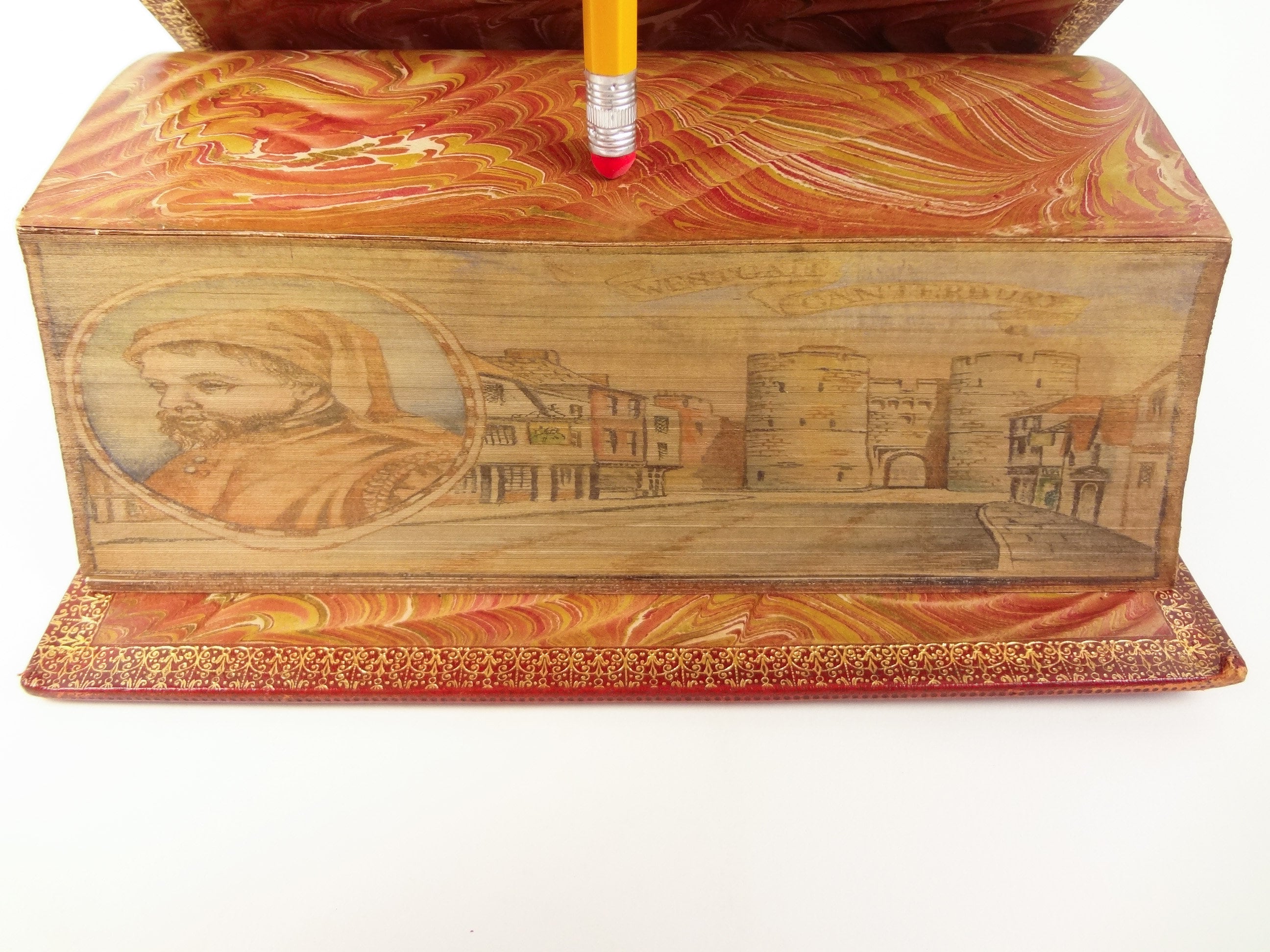 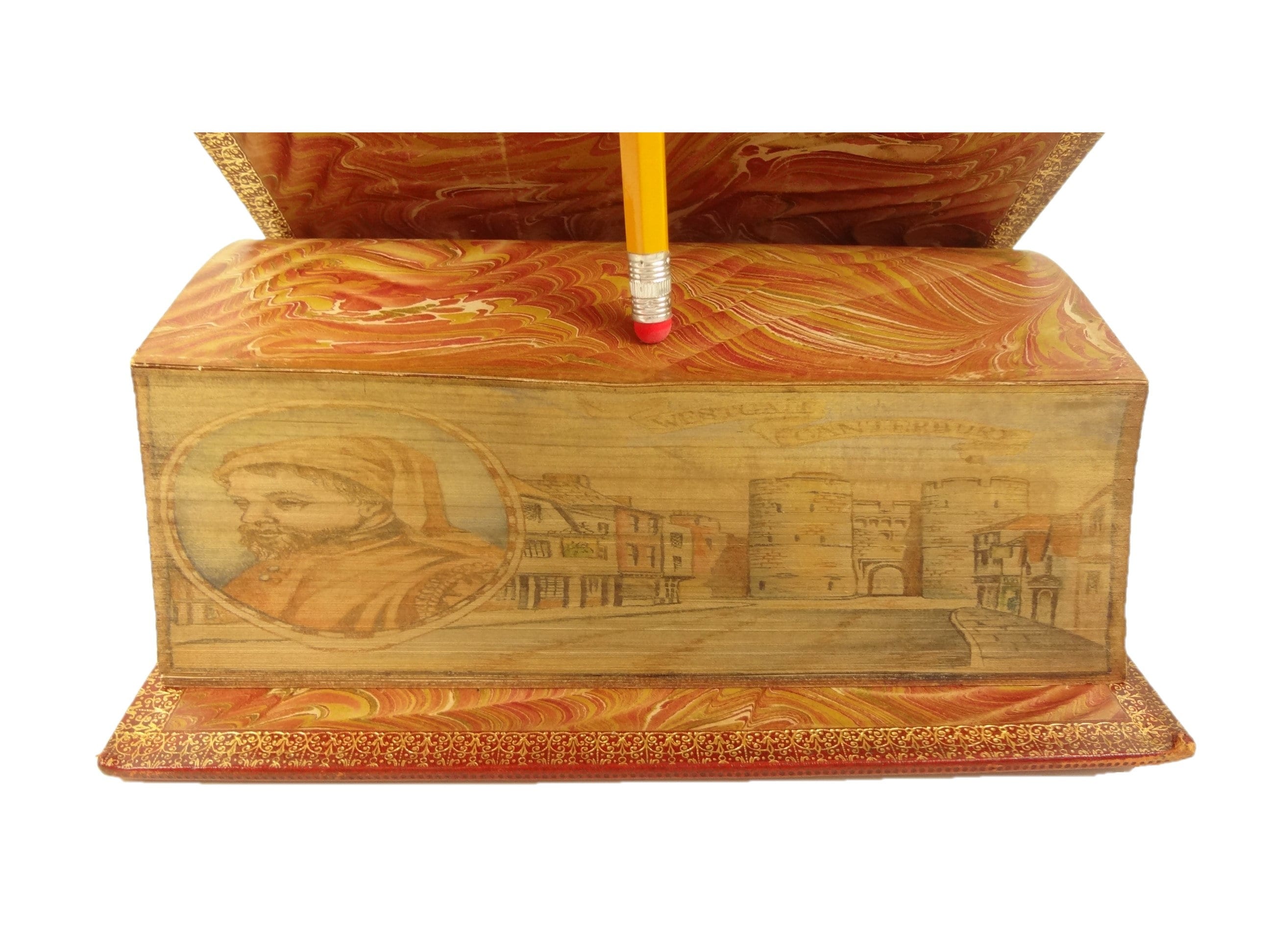 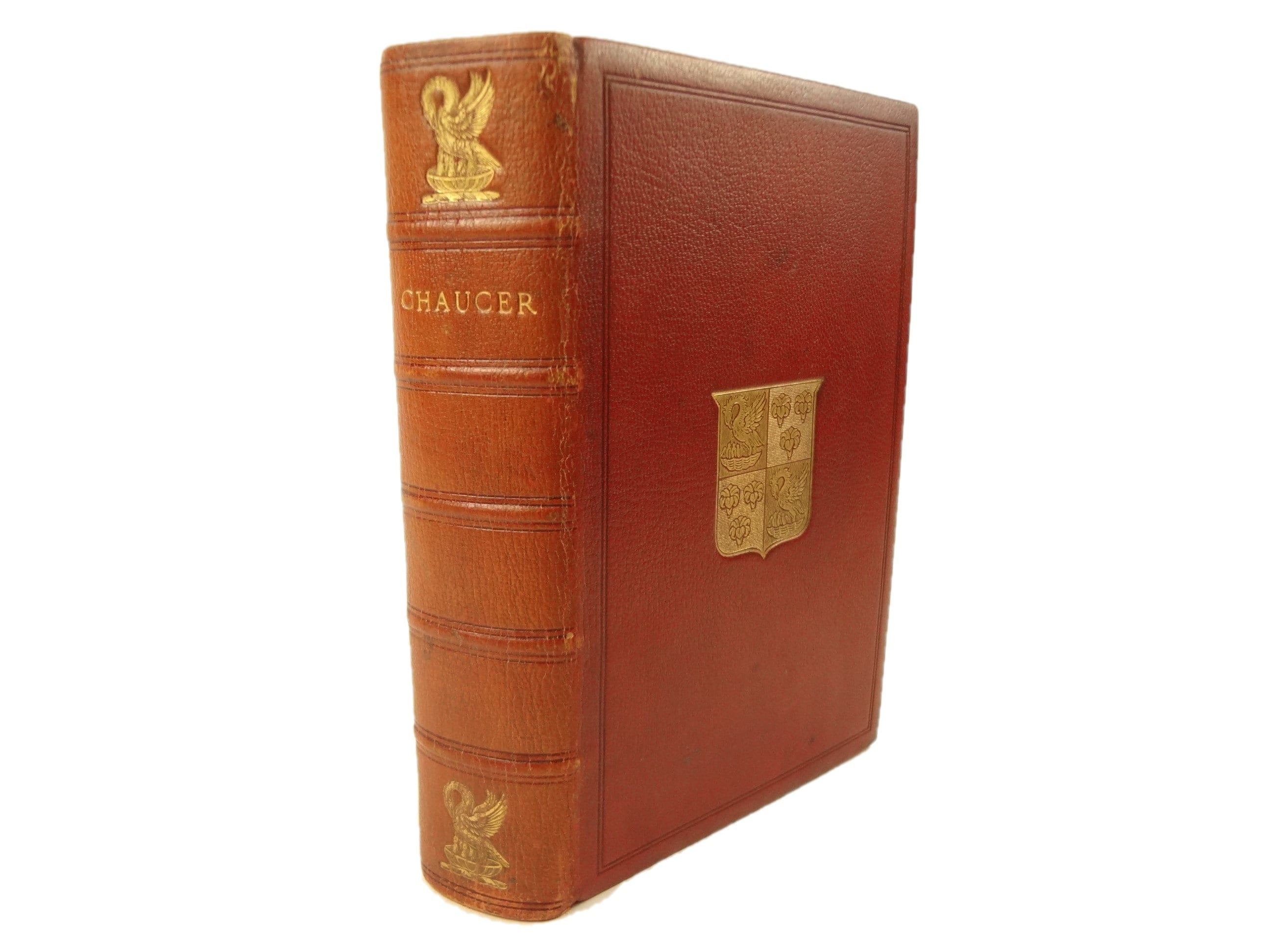 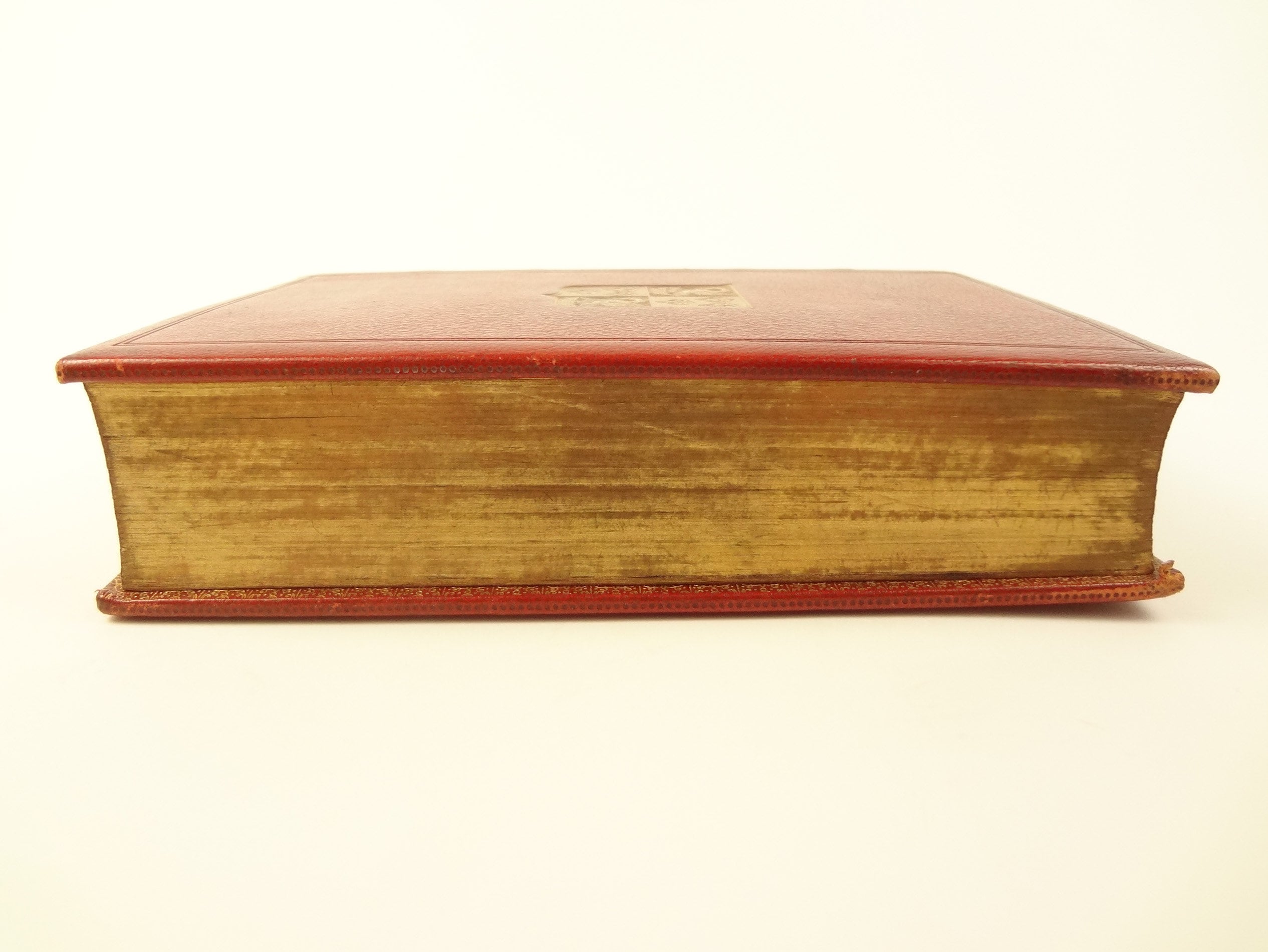 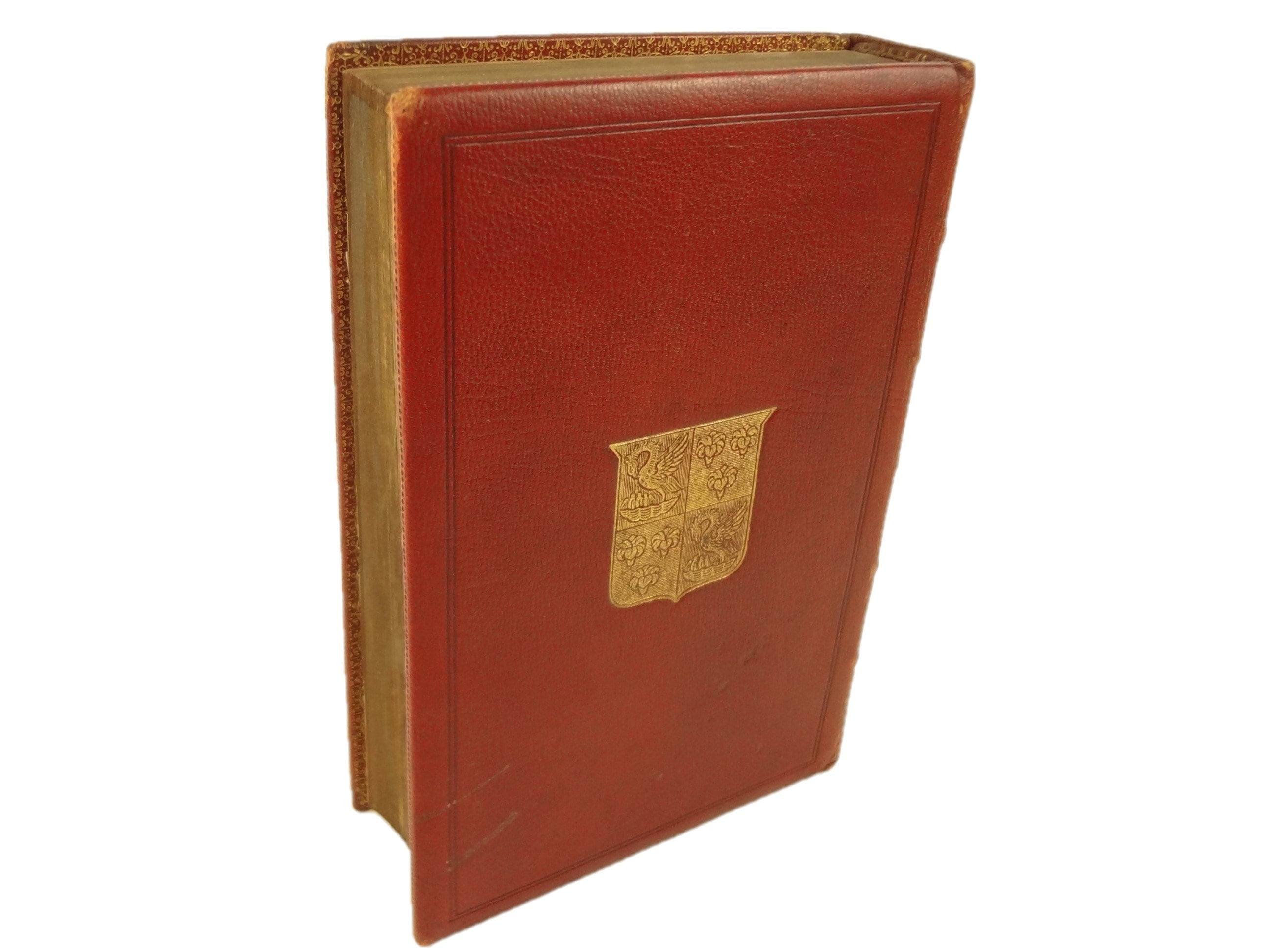 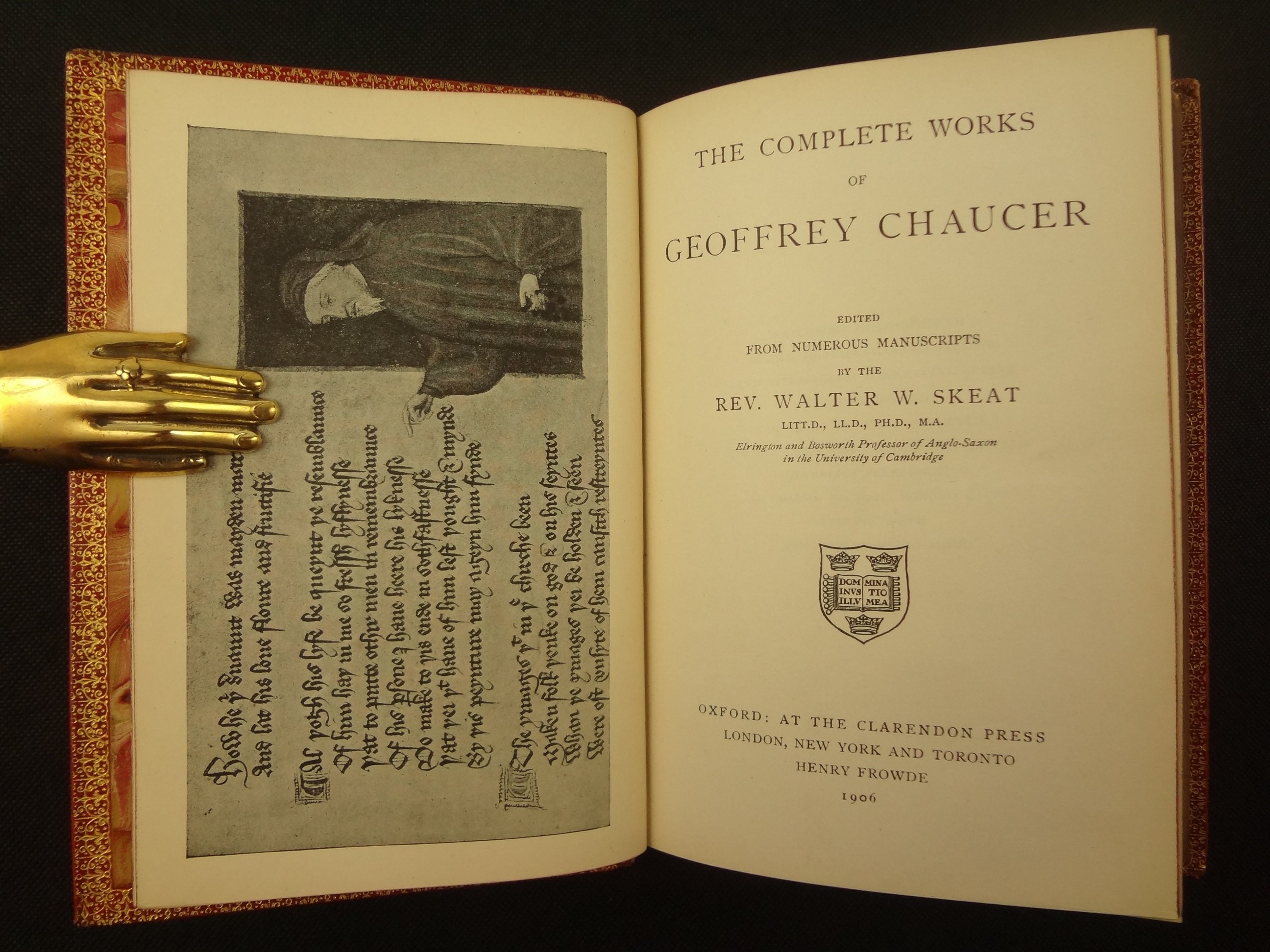 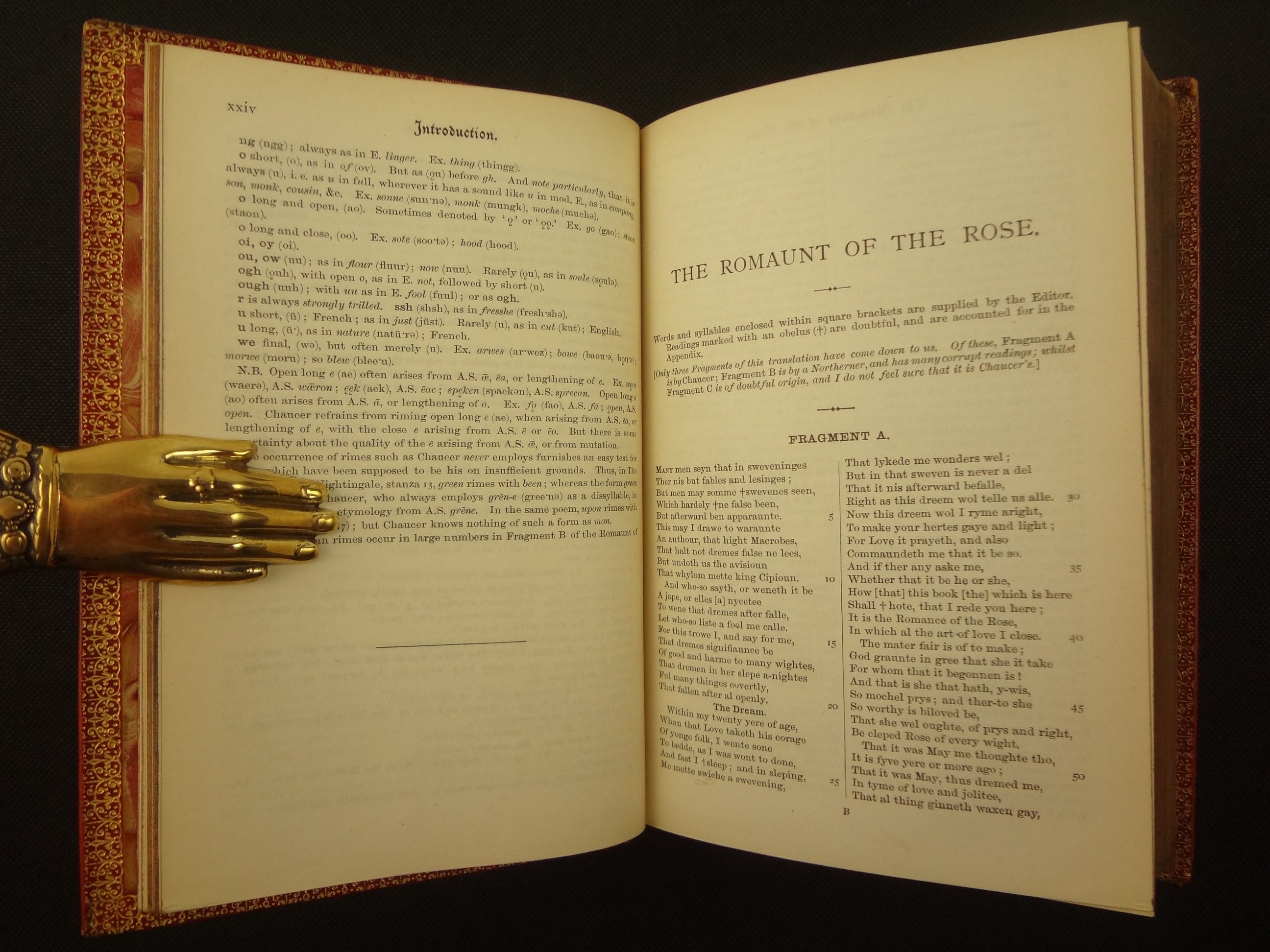 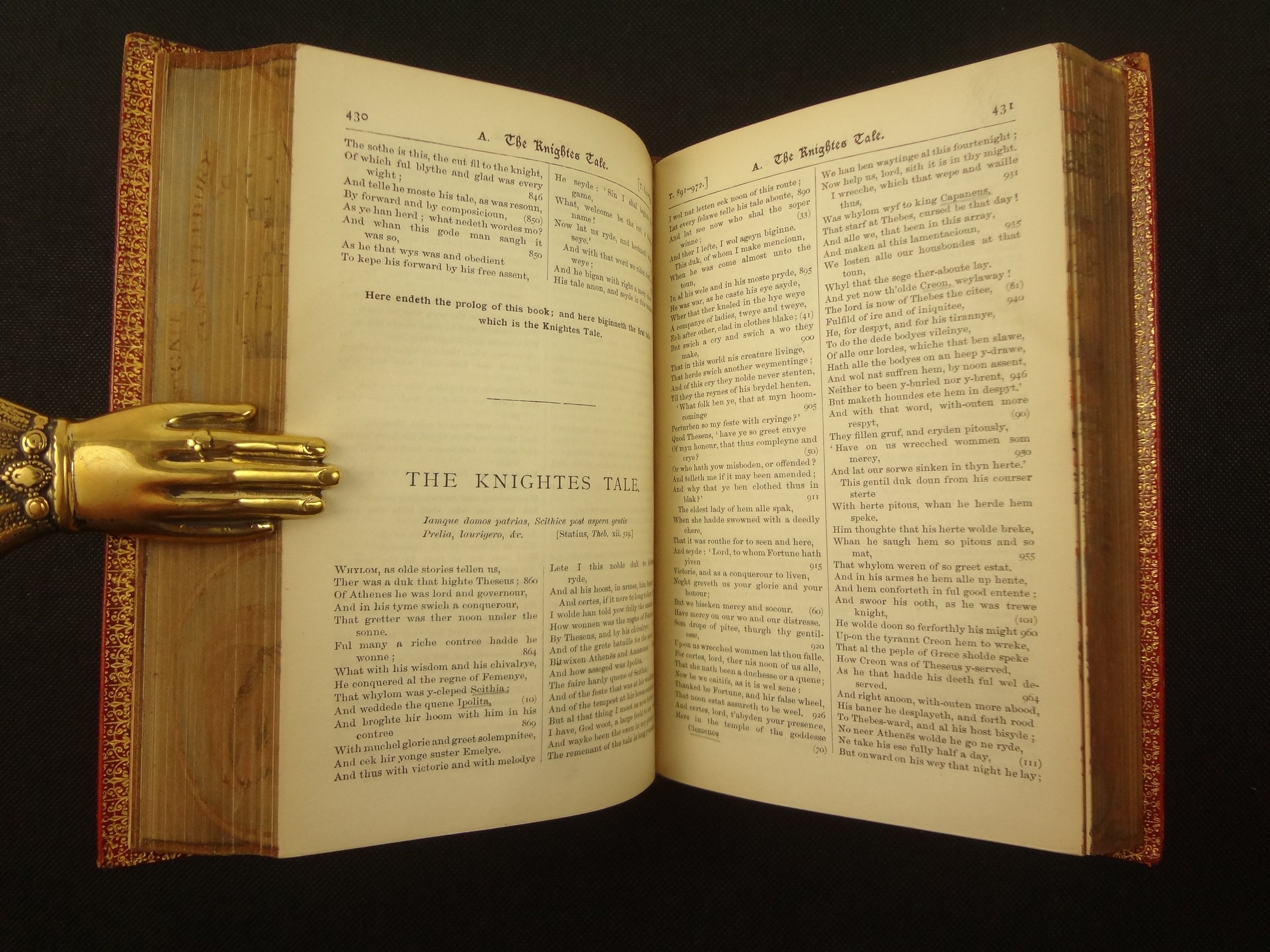 A handsome Corpus Christi College Cambridge armorial binding, with a fore-edge painting of Chaucer and the Westgate of Canterbury, add wonderfully to this 1906 Complete Works of Geoffrey Chaucer, edited from numerous manuscripts by the Rev. Walter W. Skeat (Professor of Anglo-Saxon in the University of Cambridge).

Among Chaucer's many other works are The Book of the Duchess, The House of Fame, The Legend of Good Women, and Troilus and Criseyde. He is seen as crucial in legitimising the literary use of Middle English when the dominant literary languages in England were still Anglo-Norman French and Latin. His contemporary Thomas Hoccleve hailed Chaucer as "the firste fyndere of our fair langage".

Undoubtedly, the Canterbury Tales are his most popular work, here included. The tales are presented as part of a story-telling contest by a group of pilgrims as they travel together on a journey from London to Canterbury to visit the shrine of Saint Thomas Becket at Canterbury Cathedral. The prize for this contest is a free meal at the Tabard Inn at Southwark on their return. After a long list of works written earlier in his career, The Canterbury Tales is near-unanimously seen as Chaucer's magnum opus. He uses the tales and descriptions of its characters to paint an ironic and critical portrait of English society at the time, and particularly of the Church. Chaucer's use of such a wide range of classes and types of people was without precedent in English.

The arms on the boards are the armorial of Corpus Christi College, Cambridge; the arms depict the pelican (the church) feeding its brood (overly simplified).

The book may have been presented as an award to a student; it's not uncommon to find armorial bindings with a student's prize award written within (this example does not have a explanatory prize within).

The fore-edge painting is somewhat rare in style as they don't always so closely relate to what is found in the book (often a random landscape or cityscape); here is Chaucer's portrait overlaid by a gate of Canterbury.