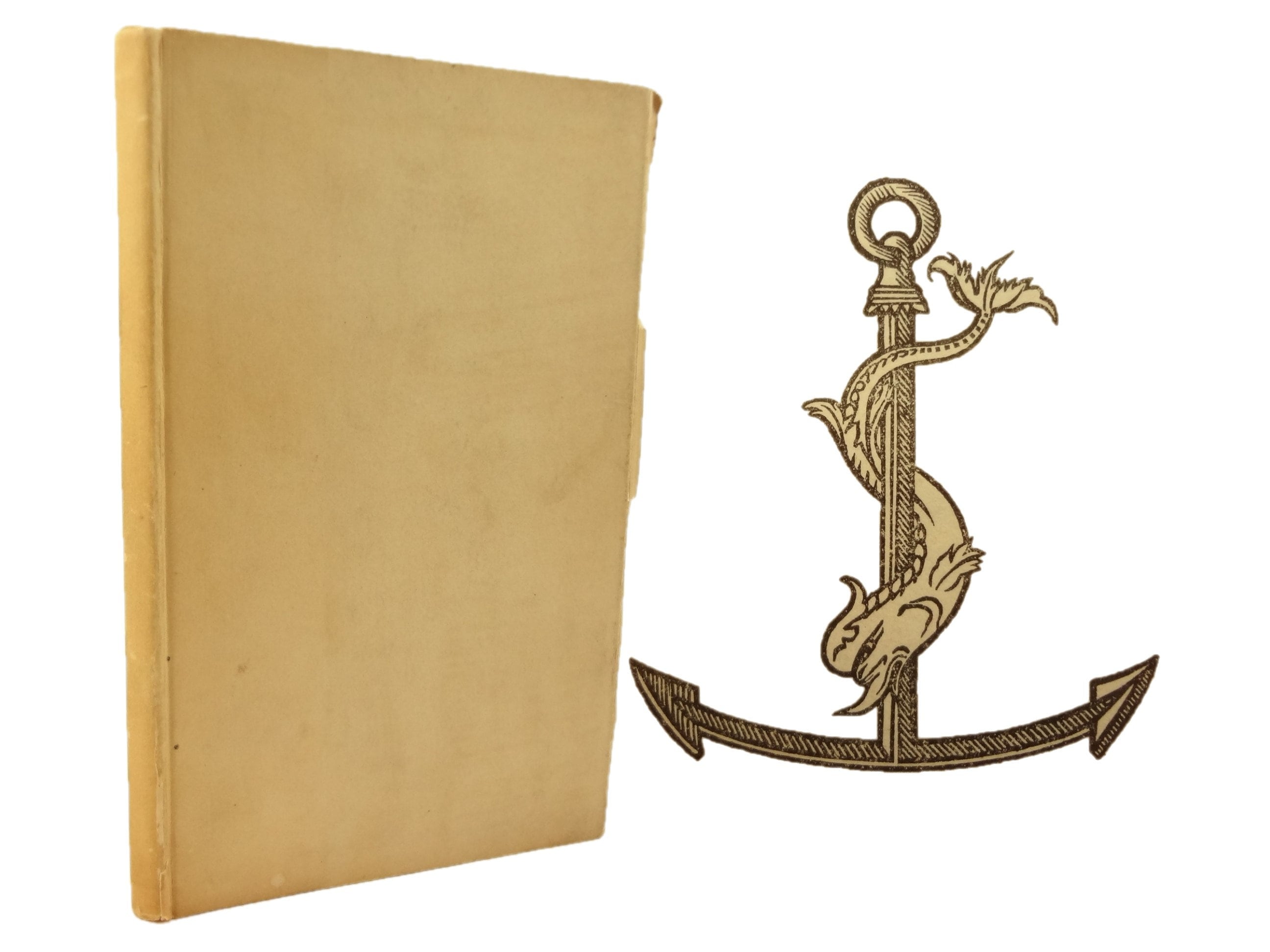 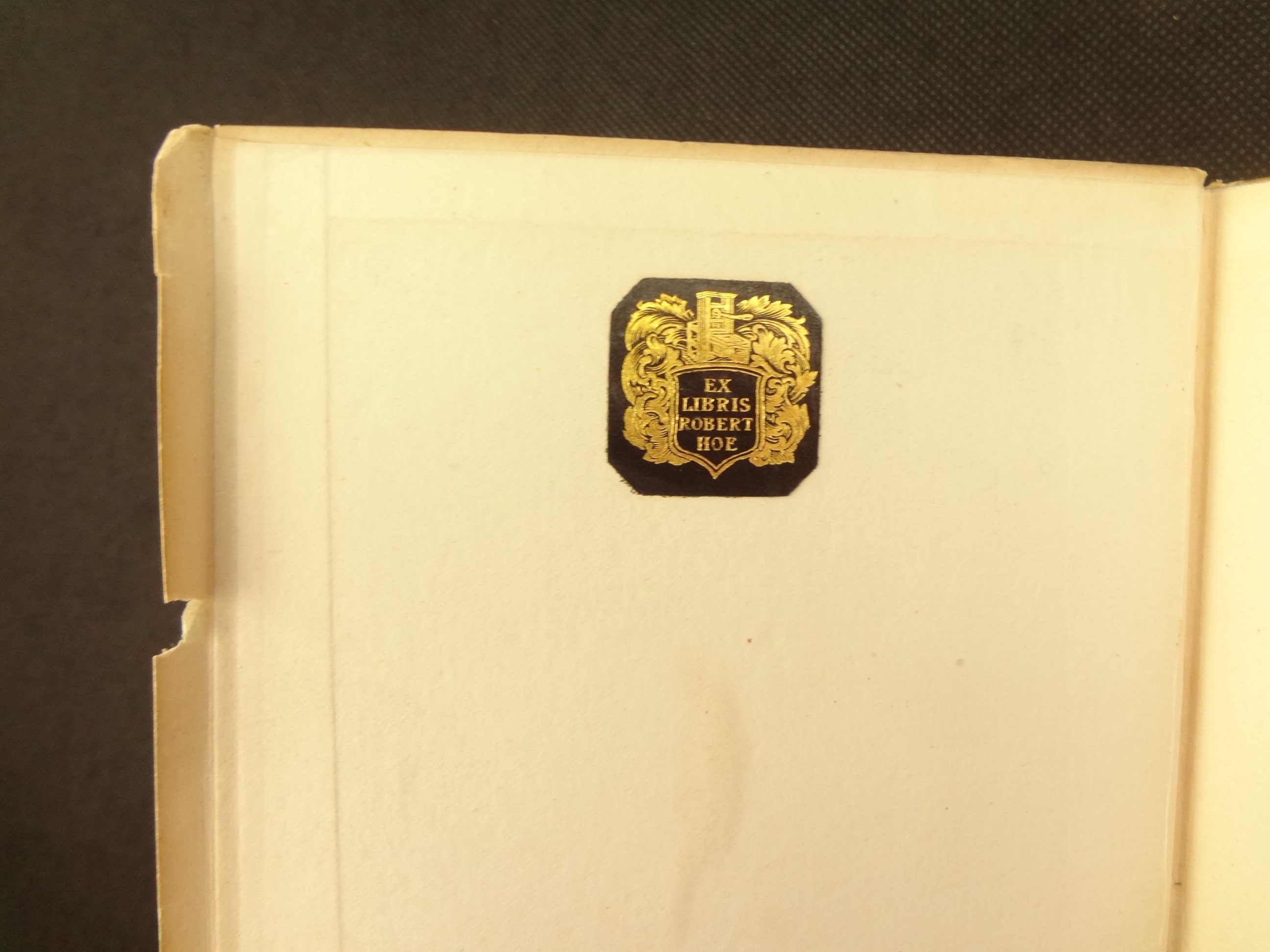 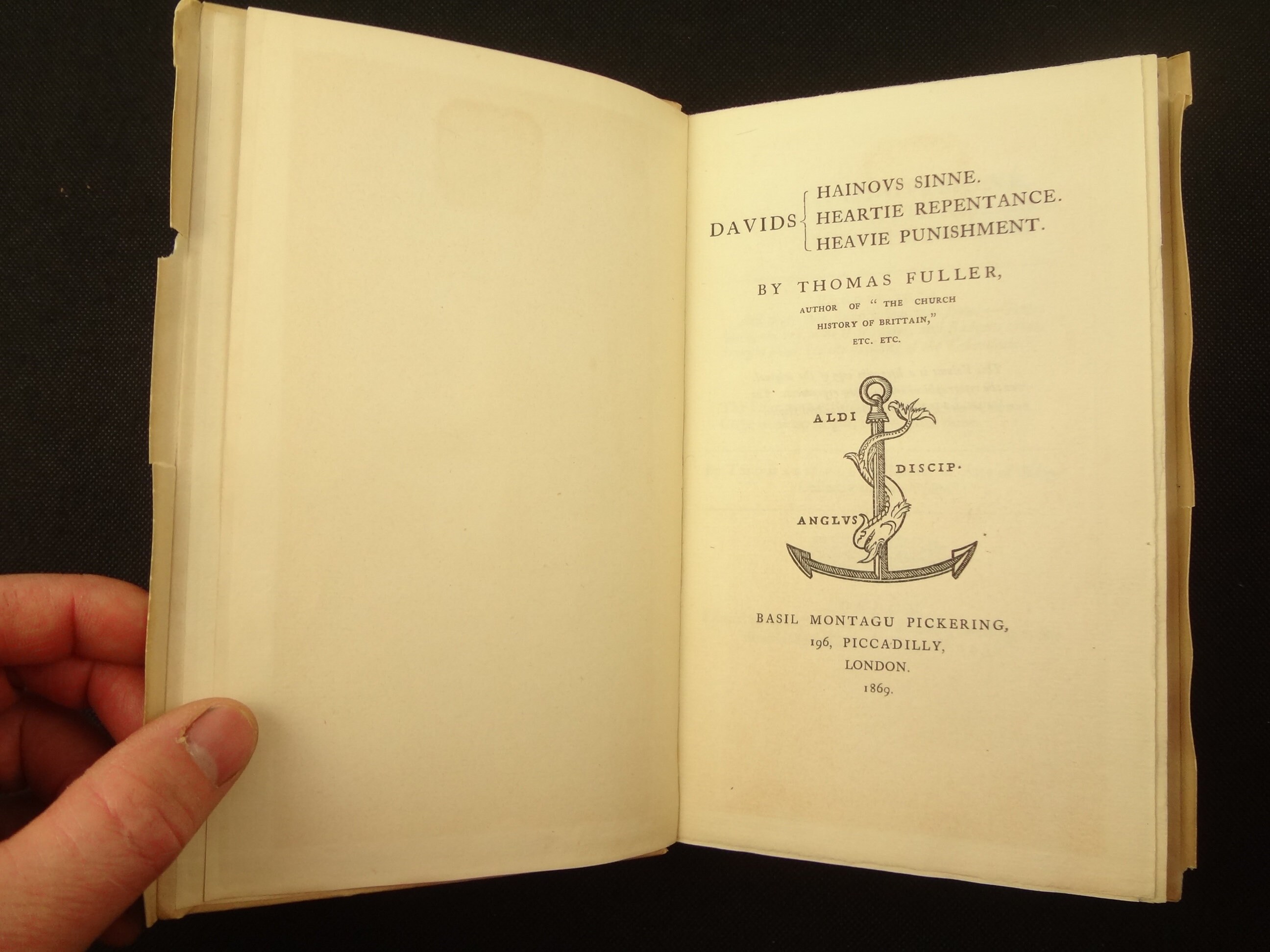 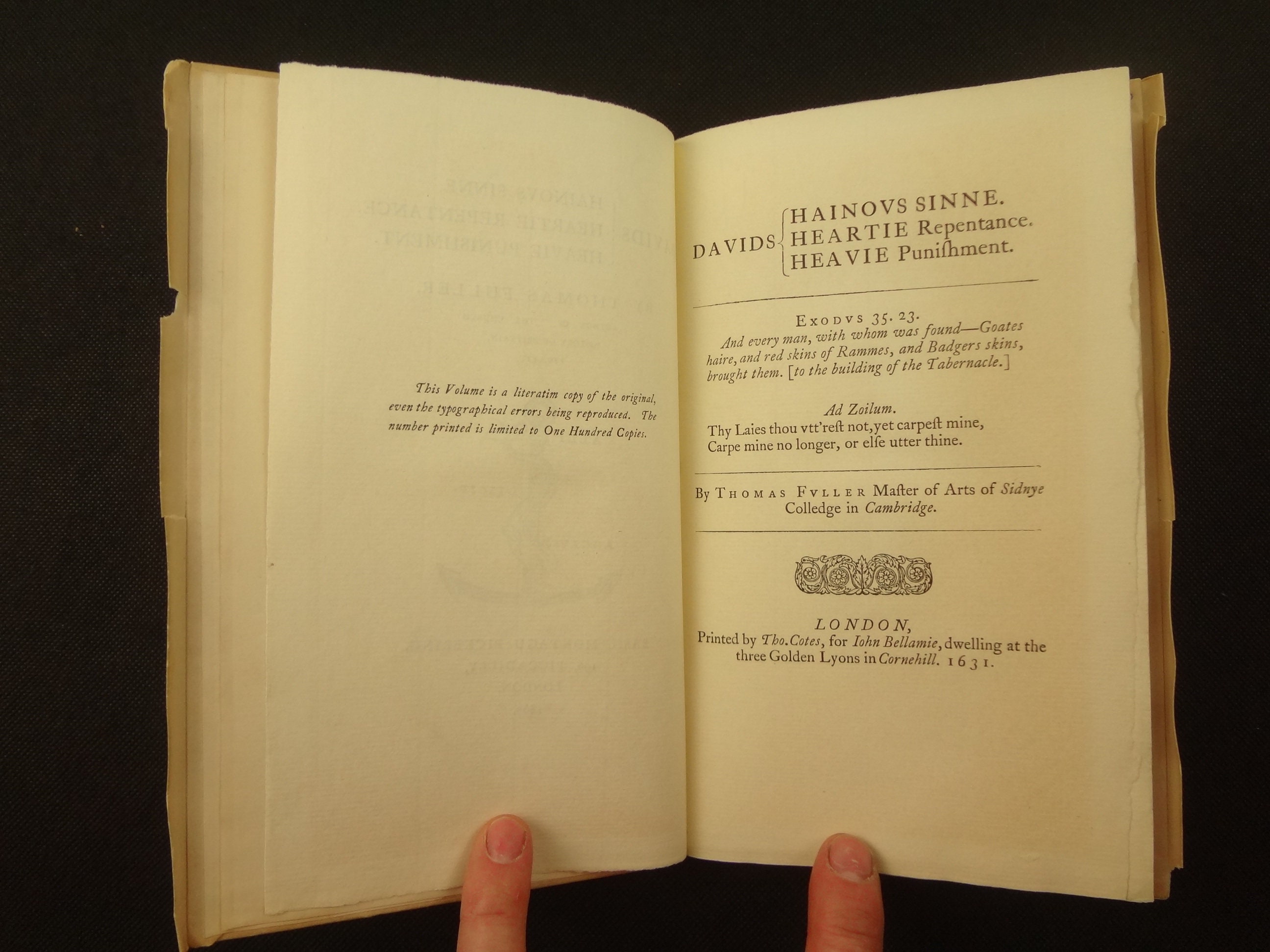 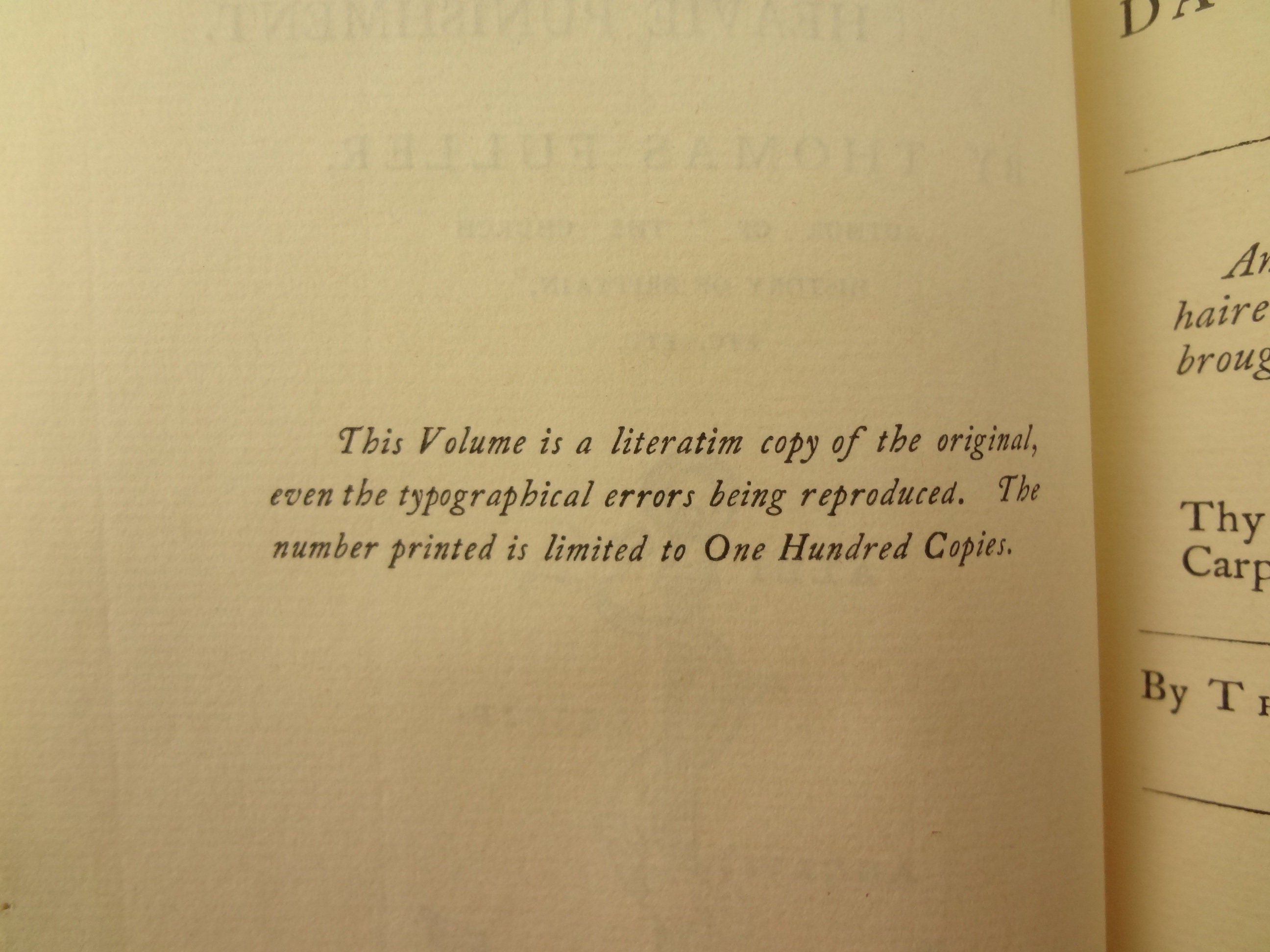 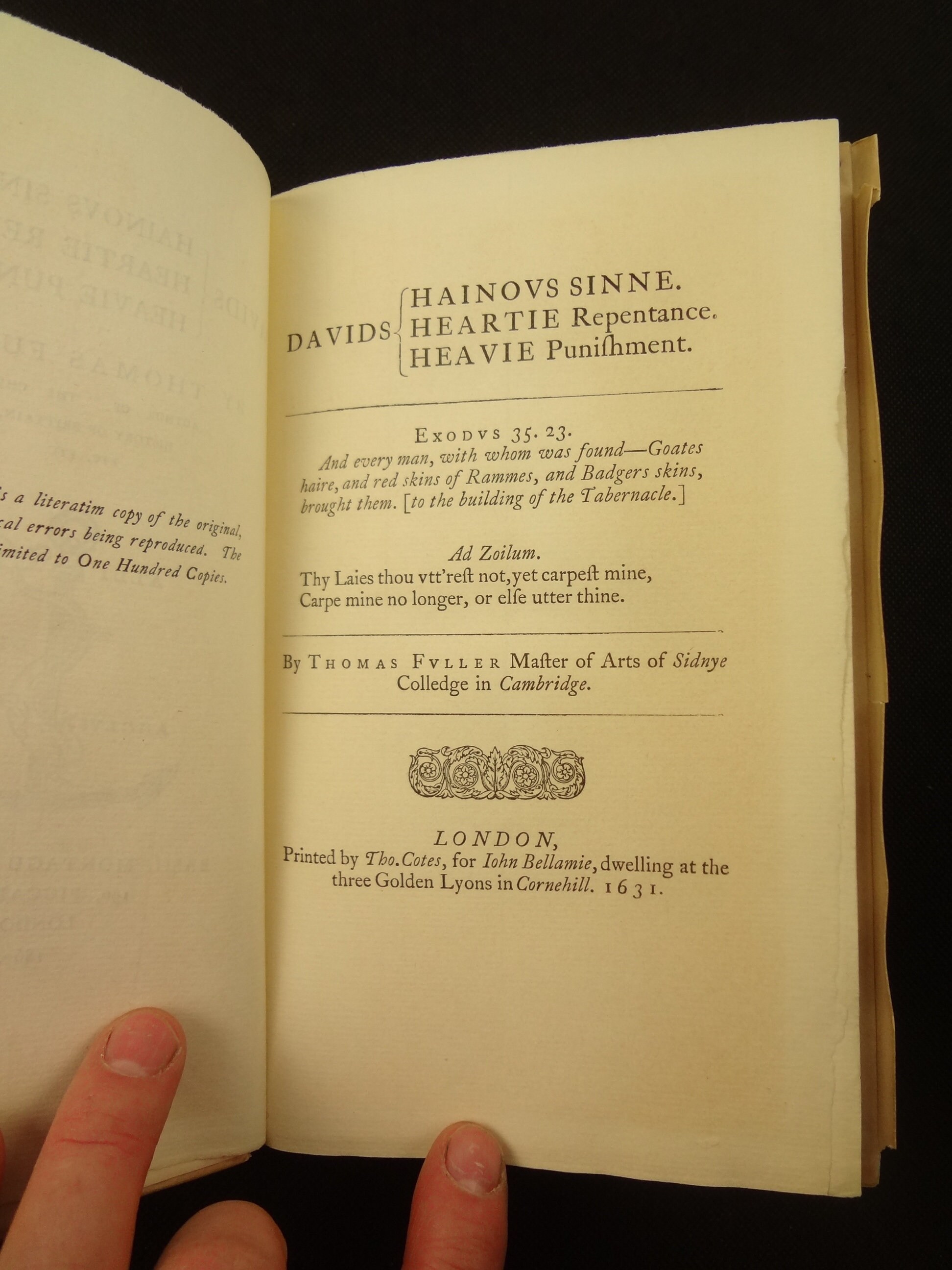 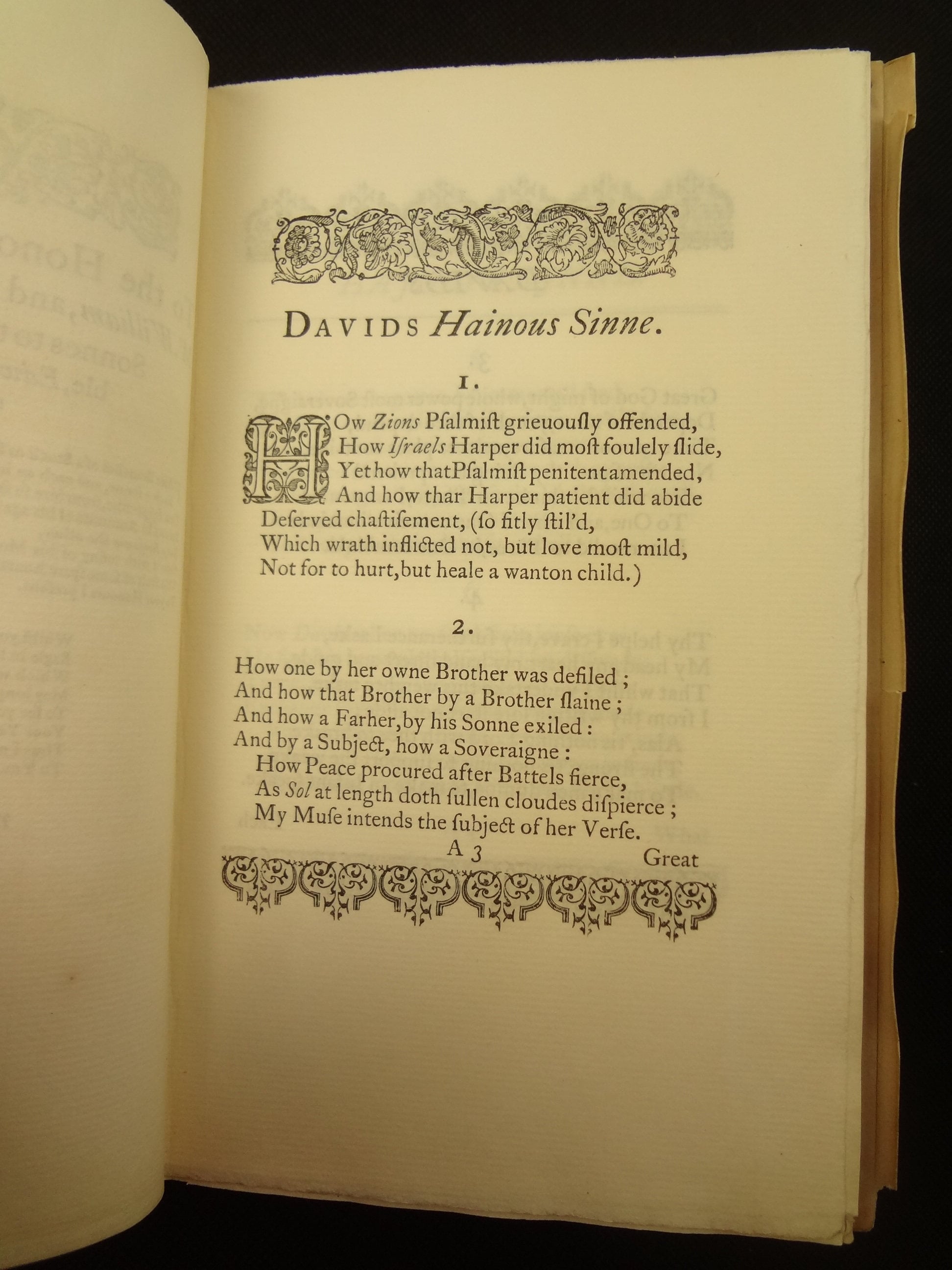 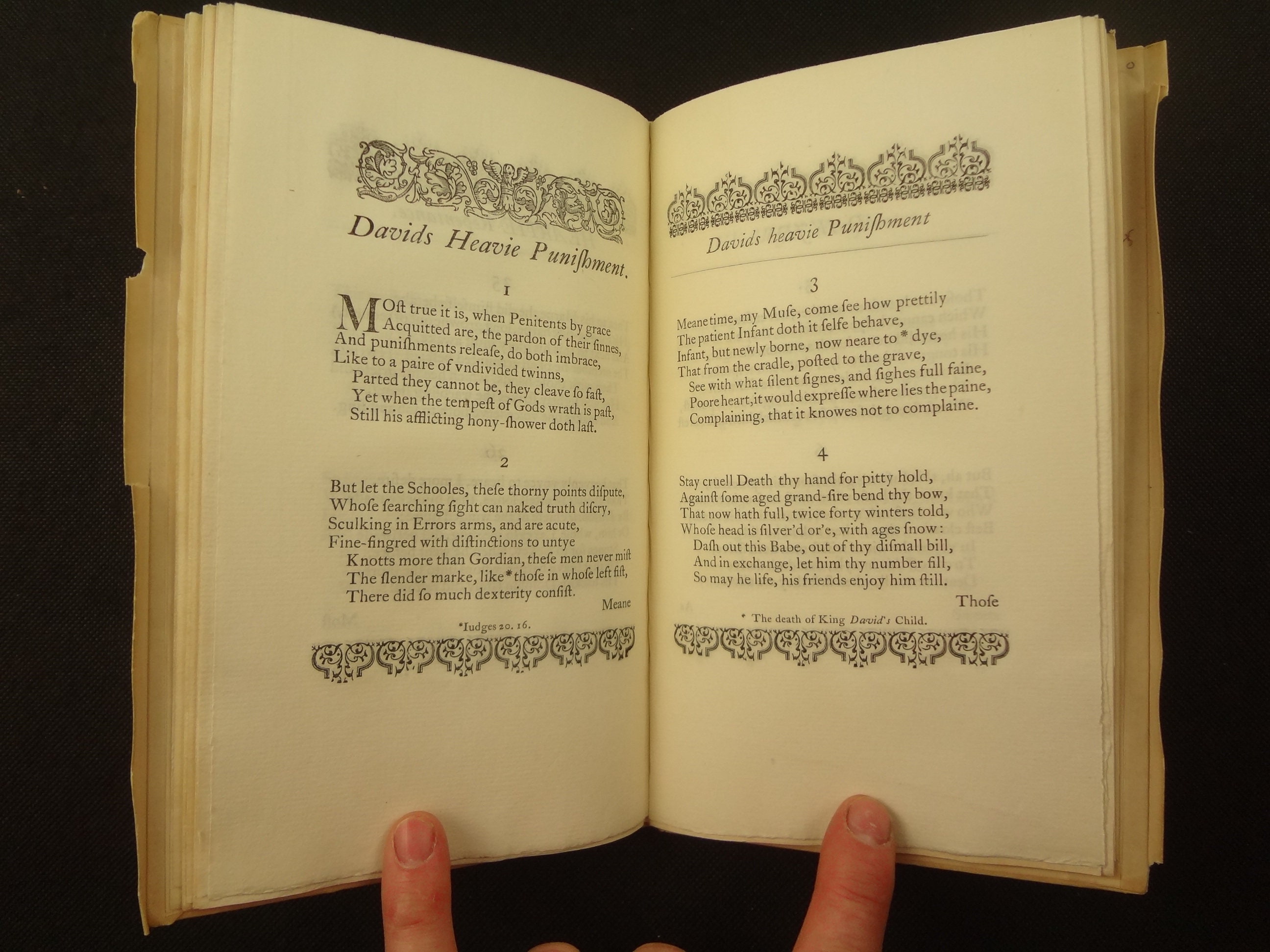 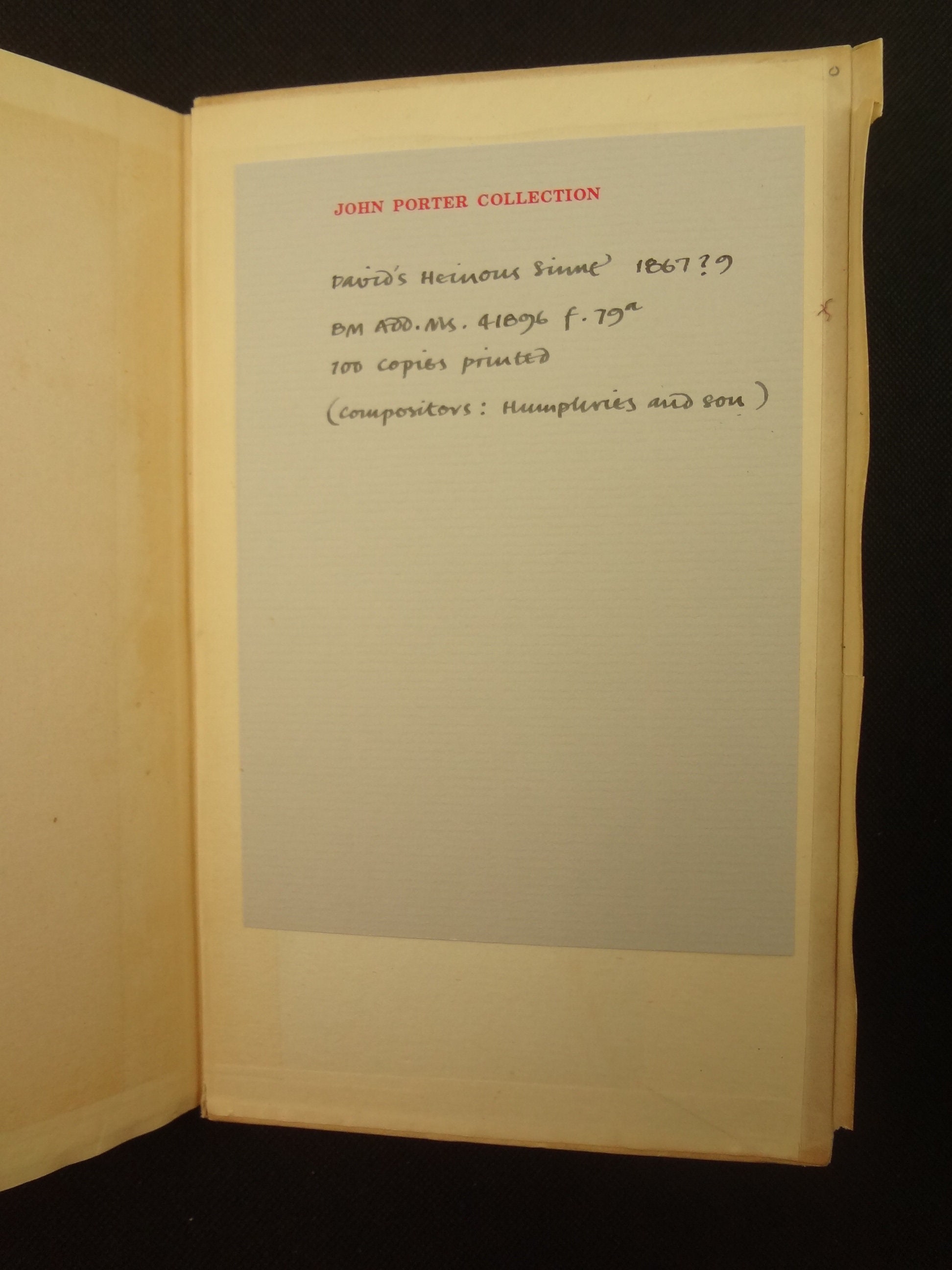 Limited edition of 100 copies. 1869 facsimile of 1631 Davids Hainous Sinne... by Thomas Fuller. This is the Robert Hoe copy.

Thomas Fuller (baptised 19 June 1608 – 16 August 1661) was an English churchman and historian. He is now remembered for his writings, particularly his Worthies of England, published in 1662, after his death. He was a prolific author, and one of the first English writers able to live by his pen (and his many patrons).

Robert Hoe III (10 March 1839, in New York City – 22 September 1909, in London) was an American businessman and producer of printing press equipment. He succeeded Richard March Hoe as head of R. Hoe & Company, which continued its preeminence among printing-press makers. He was one of the organizers and first president of the Grolier Club, the well-known New York organization for the promotion of bookmaking as an art. He was also one of the founders of the Metropolitan Museum of Art in New York City.