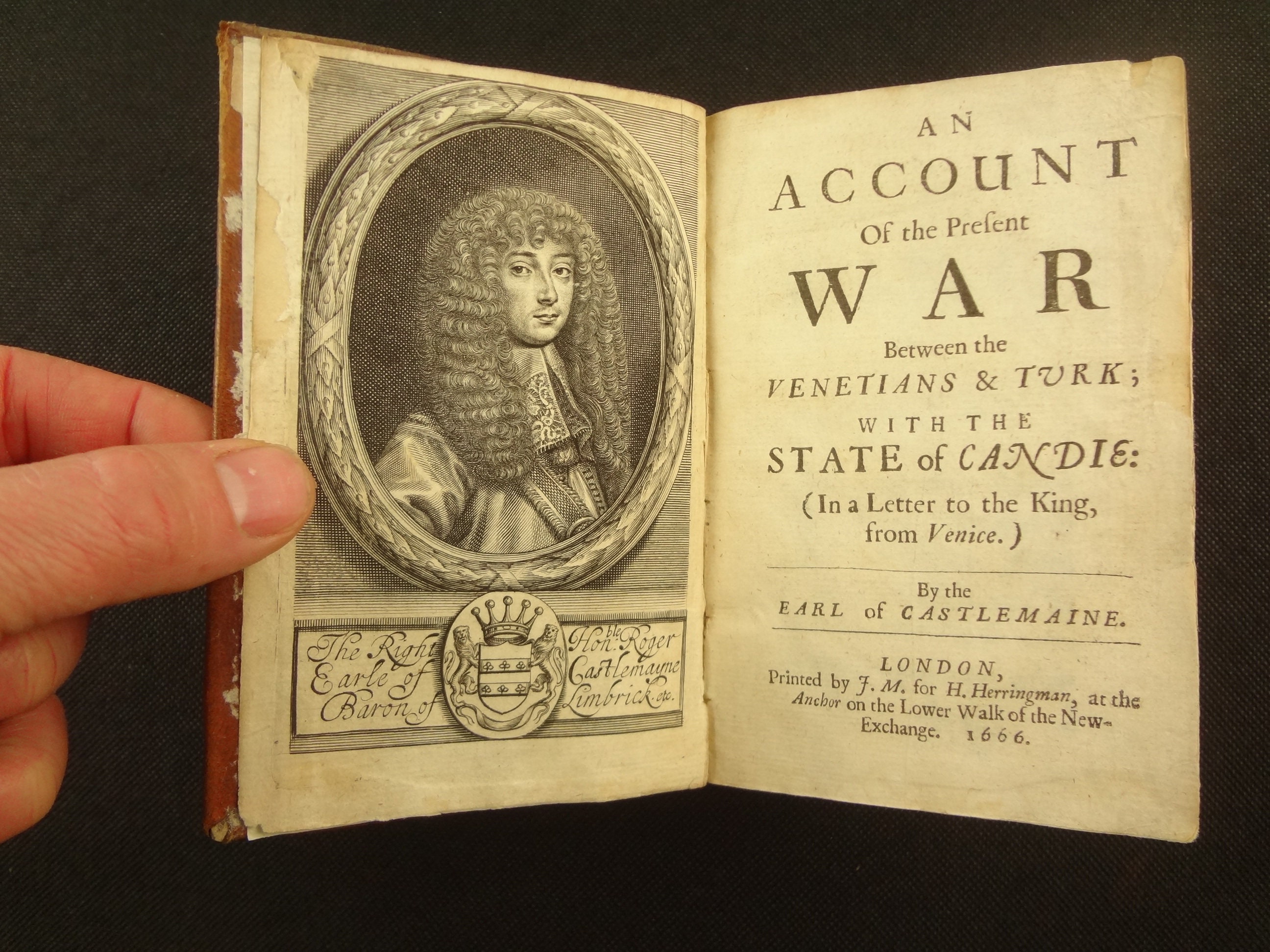 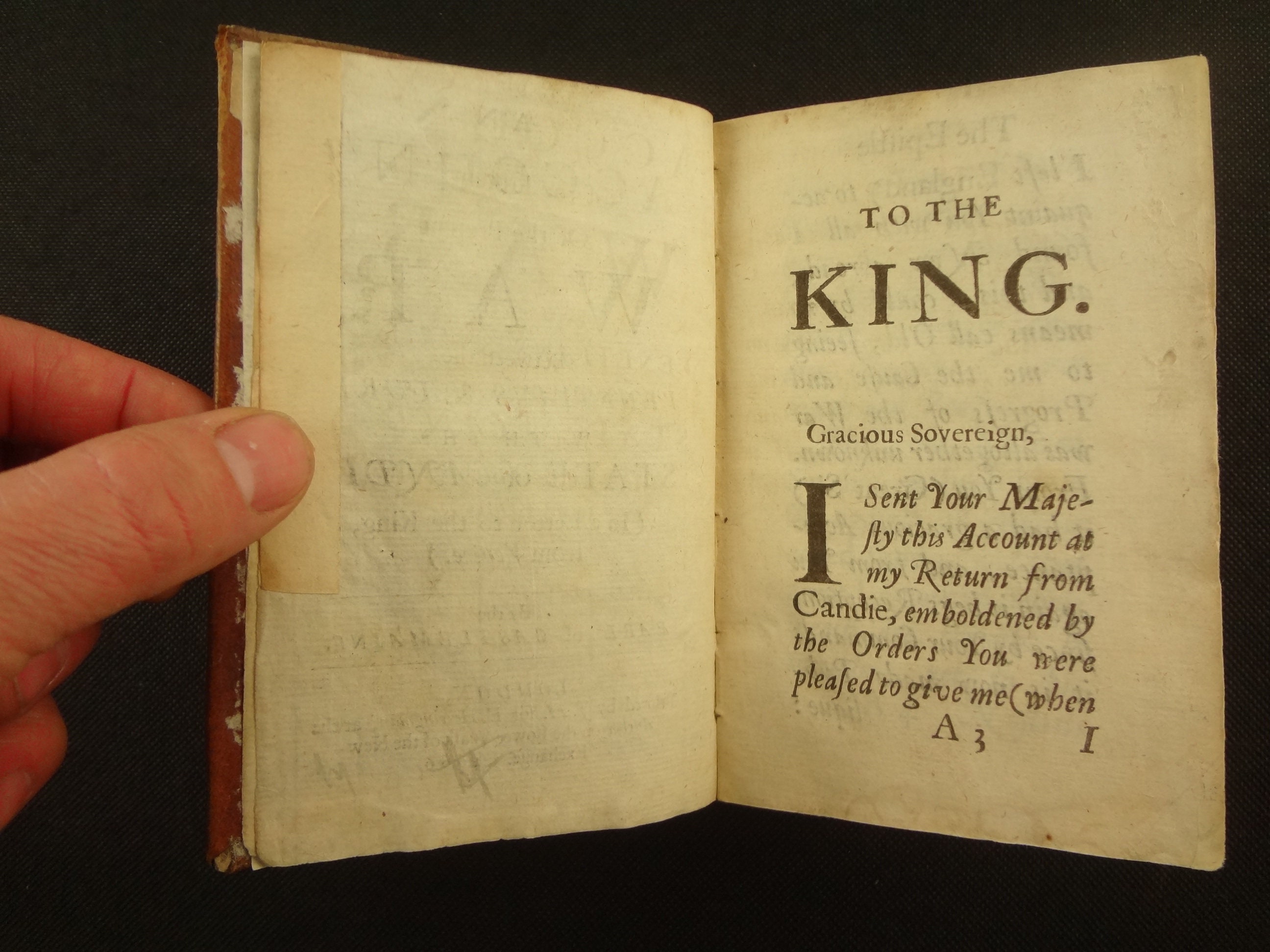 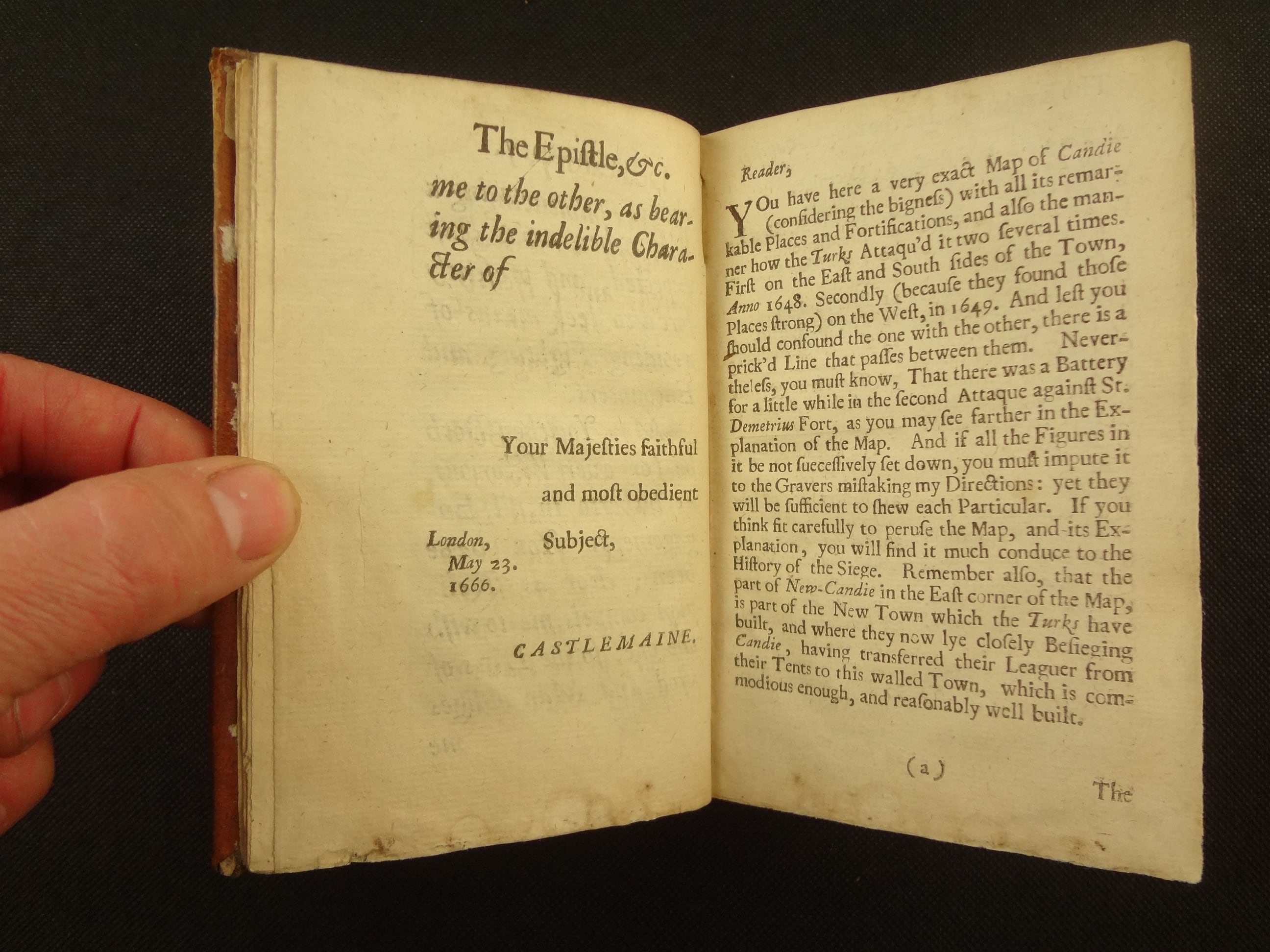 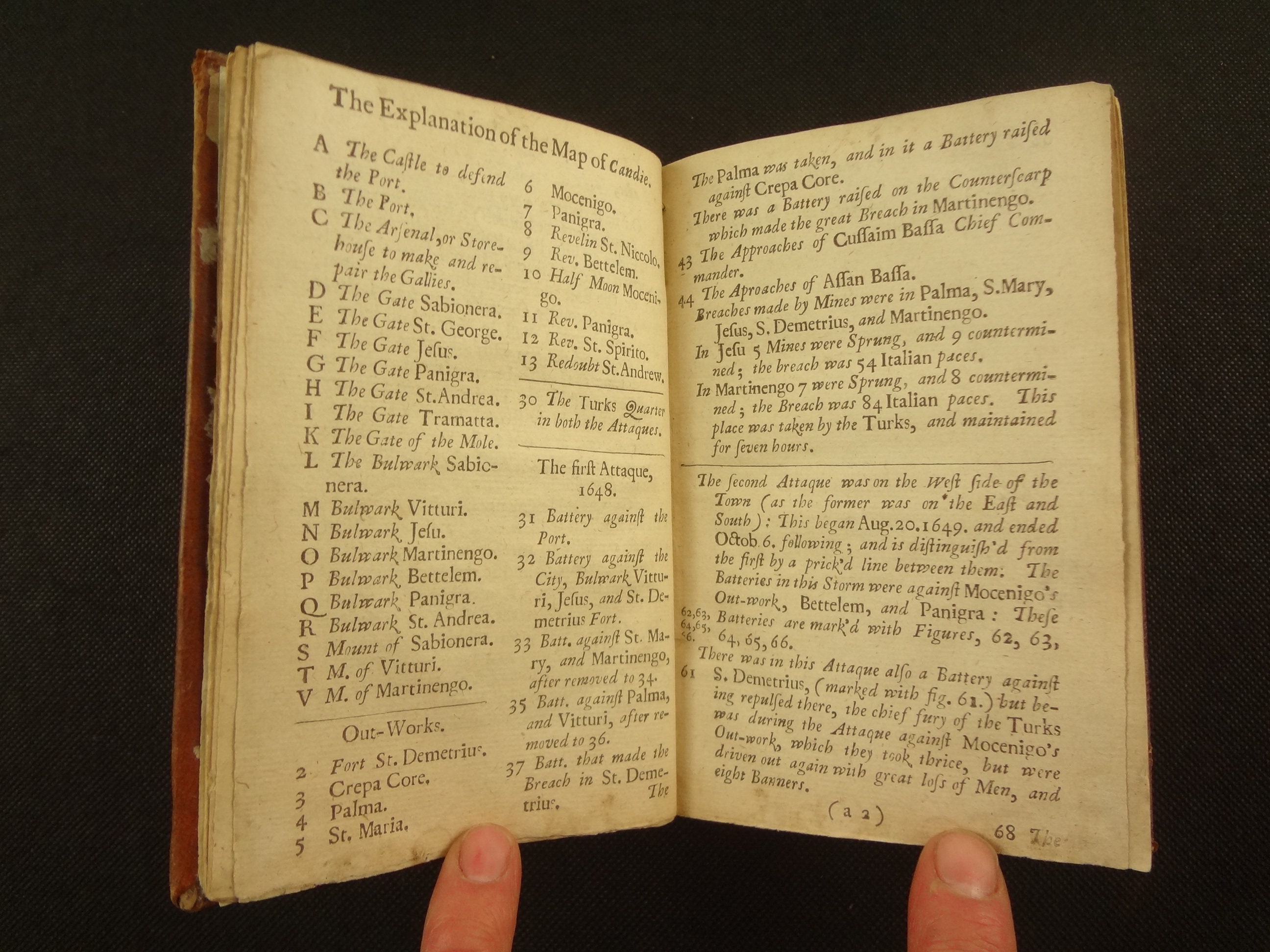 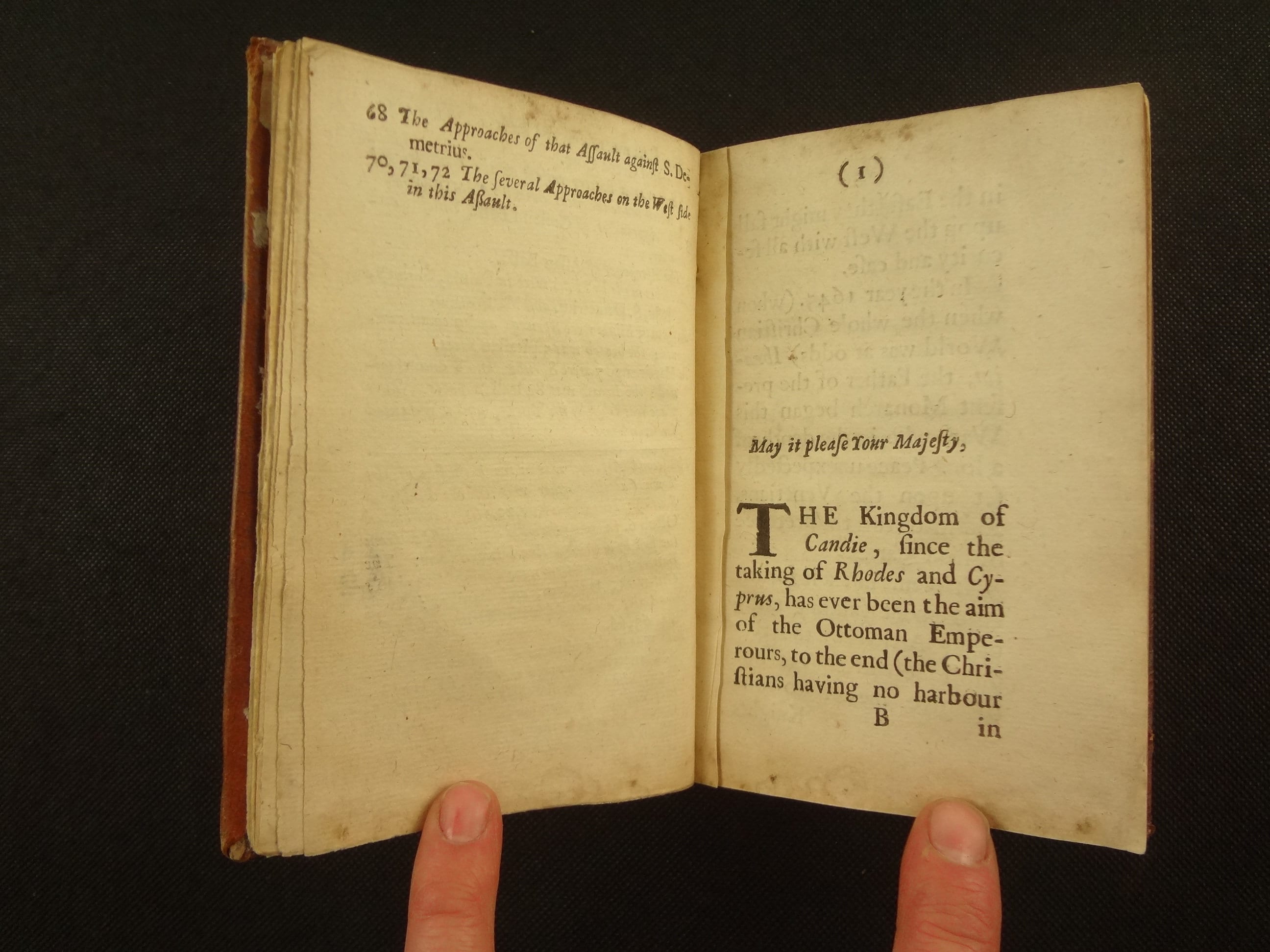 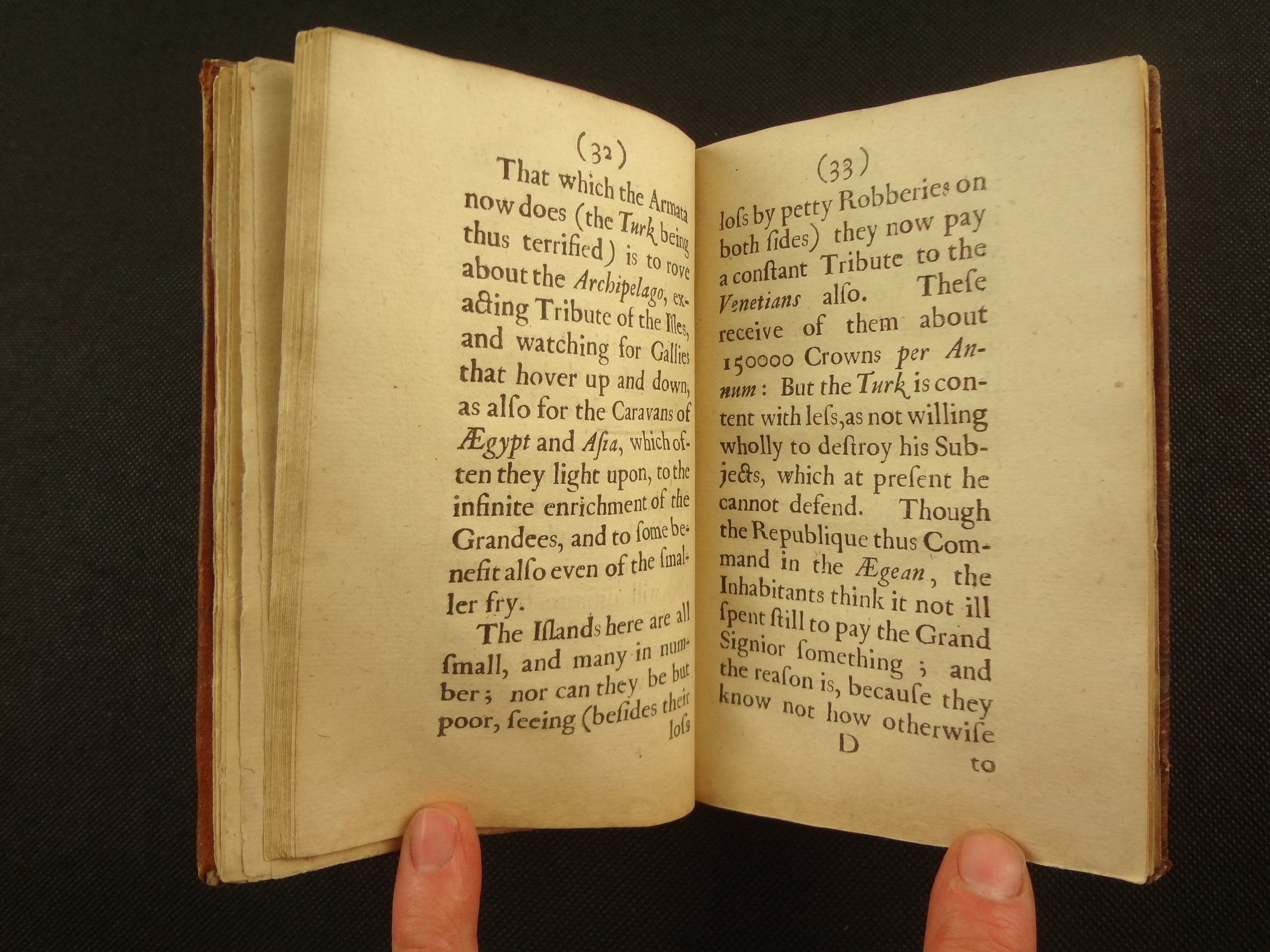 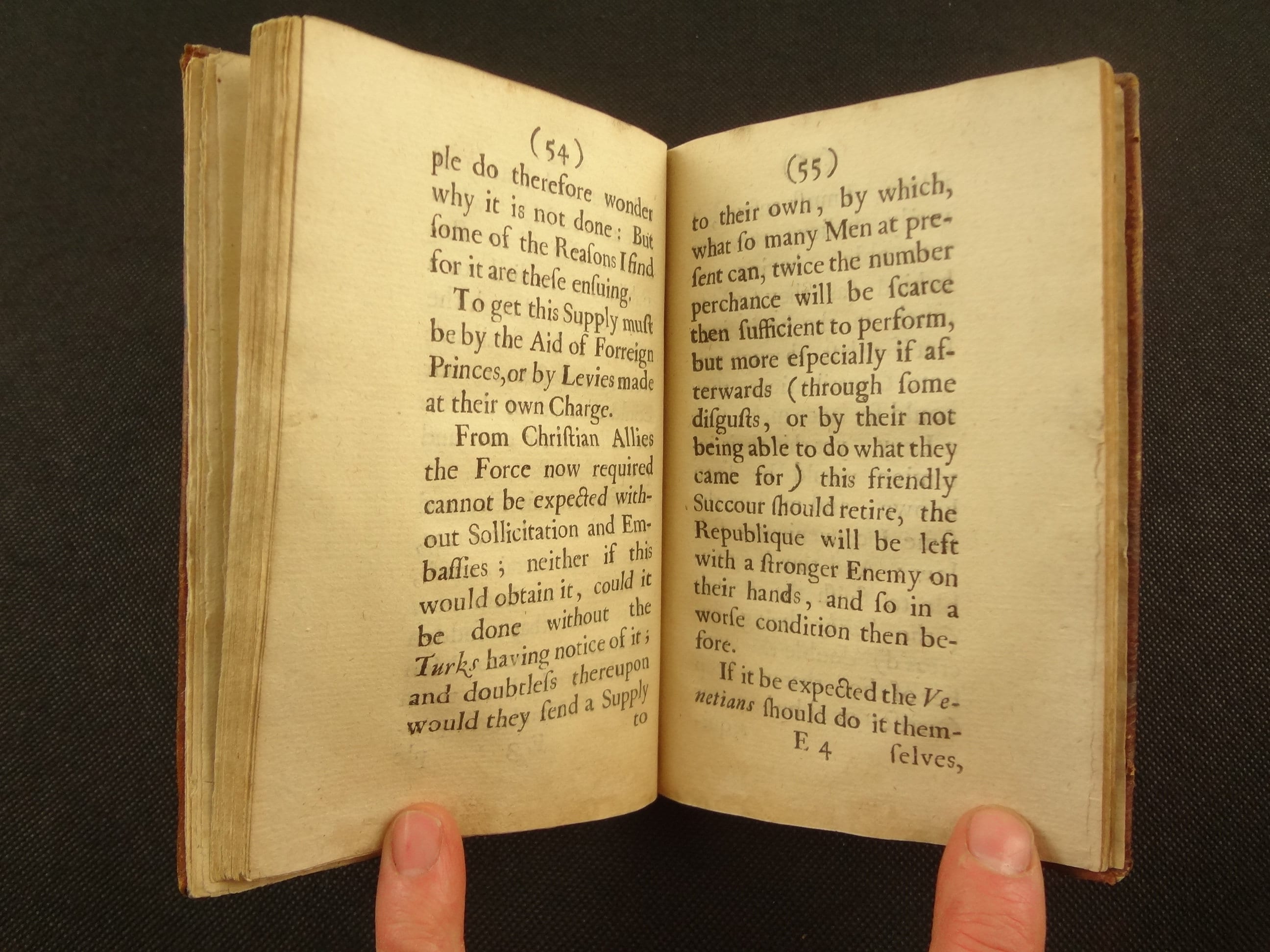 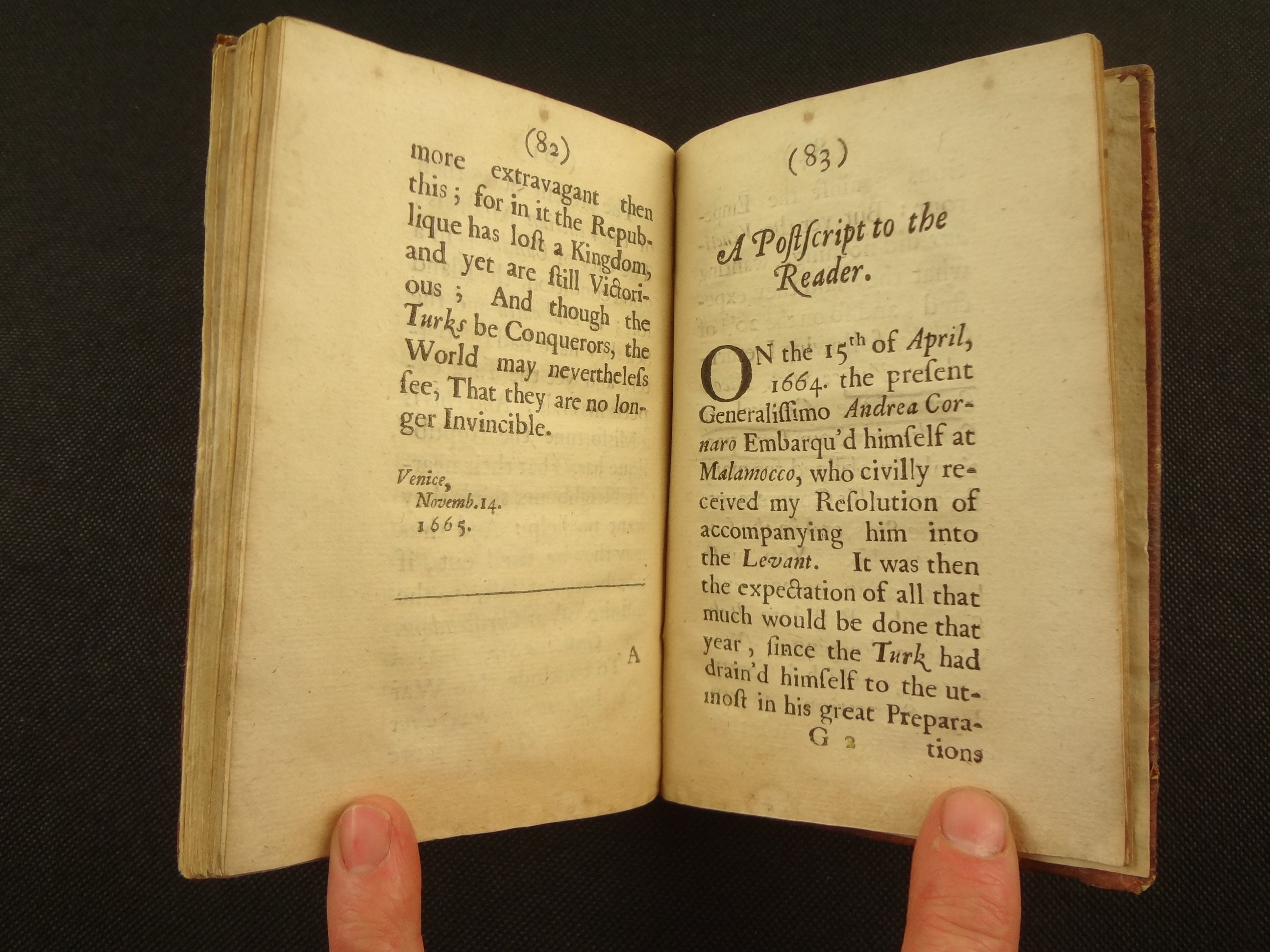 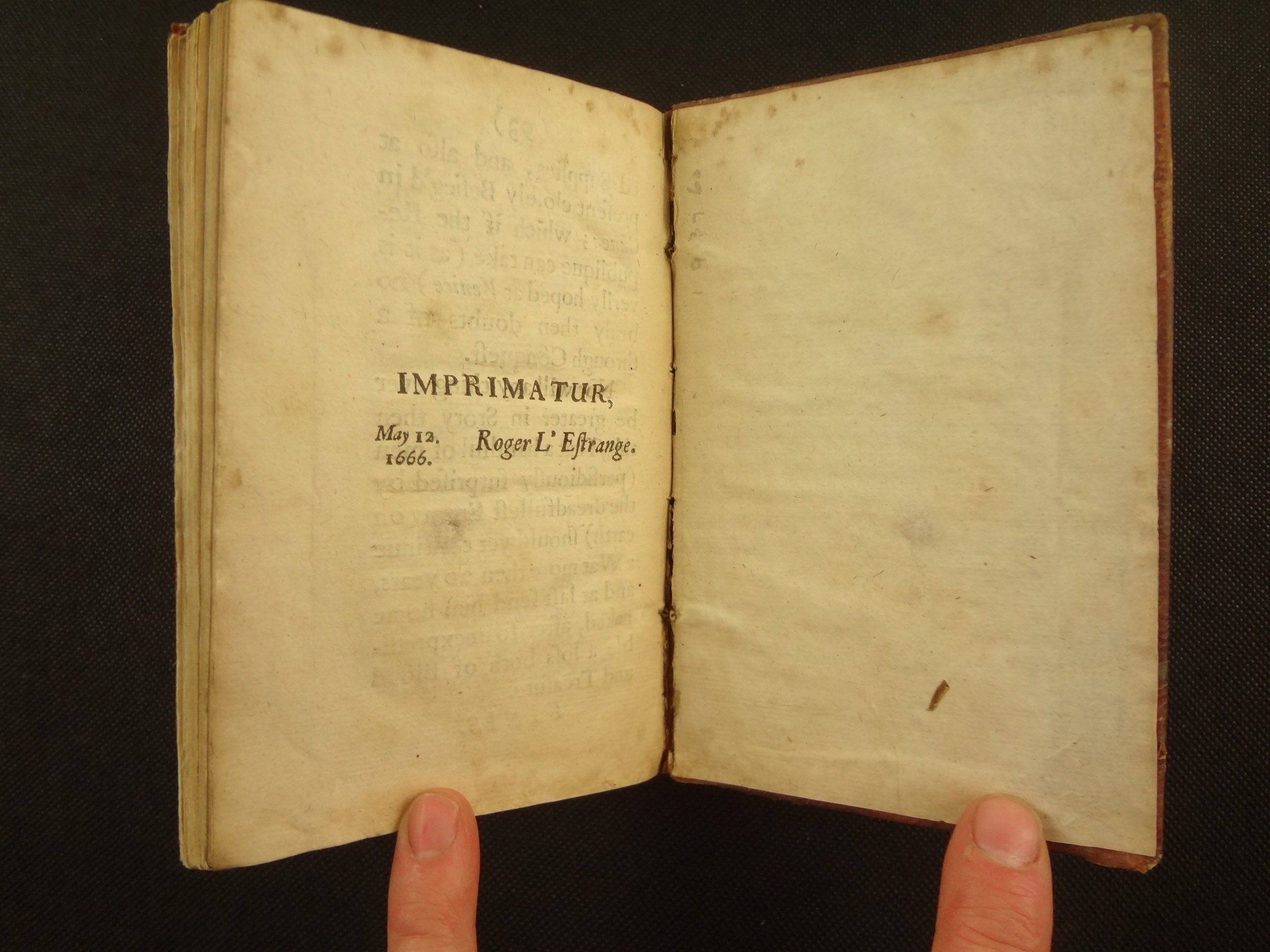 1666 An Account of the Present War Between the Venetians and Turk... Castlemaine

1st edition, 1666 Account of the Present War between the Venetians and Turk; with the state of Candie. Unfortunately, this copy is missing the two maps (one of Candie, the other of the Mediterranean). Still, somewhat scarce to market; at the time of listing there are no other copies appearing using Vialibri.

During the Earl of Castlemaine's European tour, the King asked him to report back on the war at Candie. He did so, and on returning to England he was given permission to print his findings. They were Britain's primary source on the war.

See pictures. Missing two maps (called out as one plan, one map on pastedown). Binding worn, with rubbing, edge wear, ex-libris ticket remnants, etc.. Some chipping at top and bottom of spine. Pastedown with bibliographic info. Flyleaf trimmed at fore-edge. Frontis repaired with rudimentary tissue to rear; still a little separation at bottom of gutter. Some toning near edges throughout, occasional fox spot, dog-eared page, thumb, etc.. Title page also repaired at fore-edge with paper pasted behind; also, graphite "4" on verso. Some moisture marks from bottom edge. Graphite underlining at 83. Last blank leaf looks like it was used as the rear pastedown (by inspecting the gutter); either that, or it's missing.