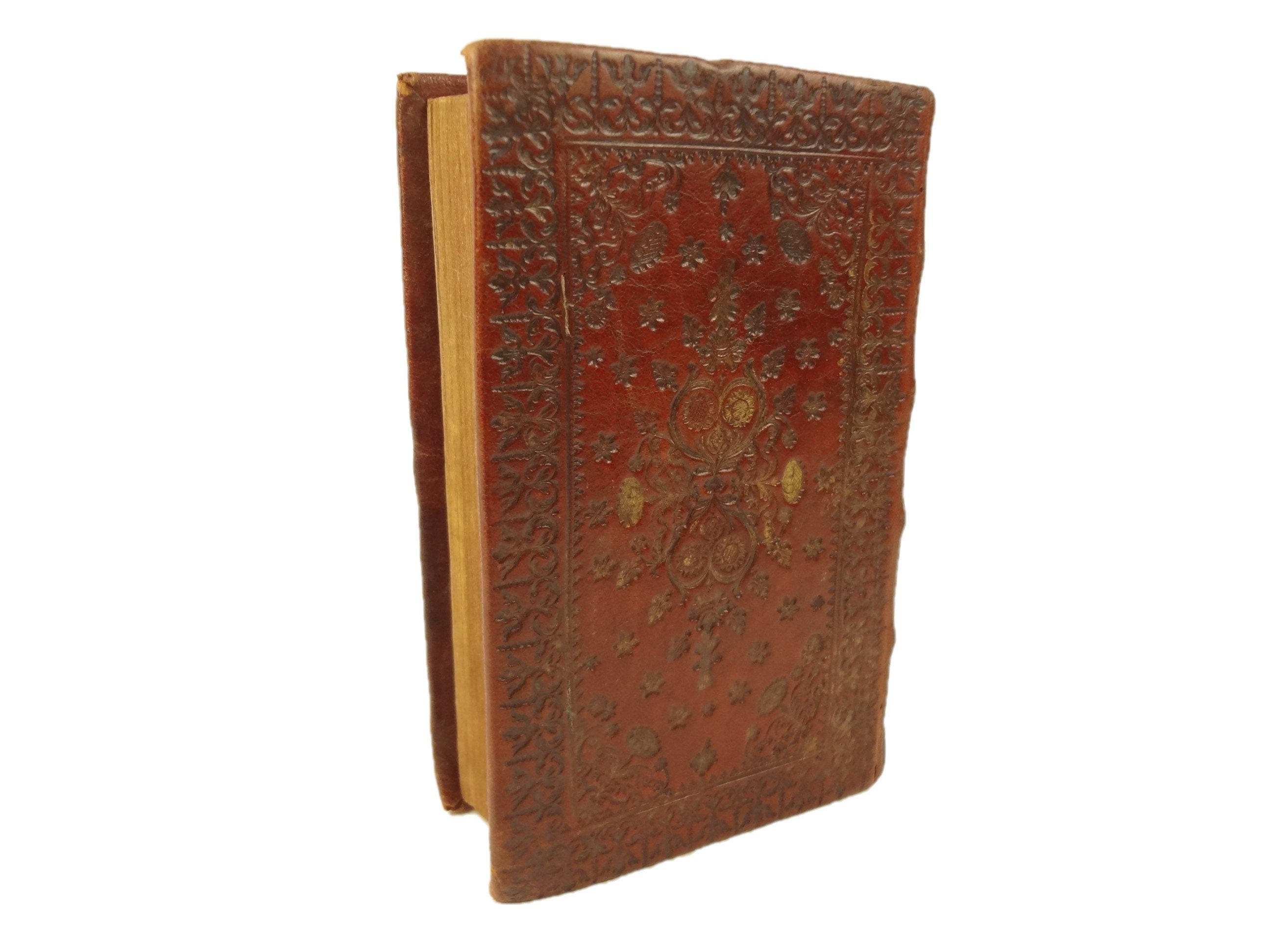 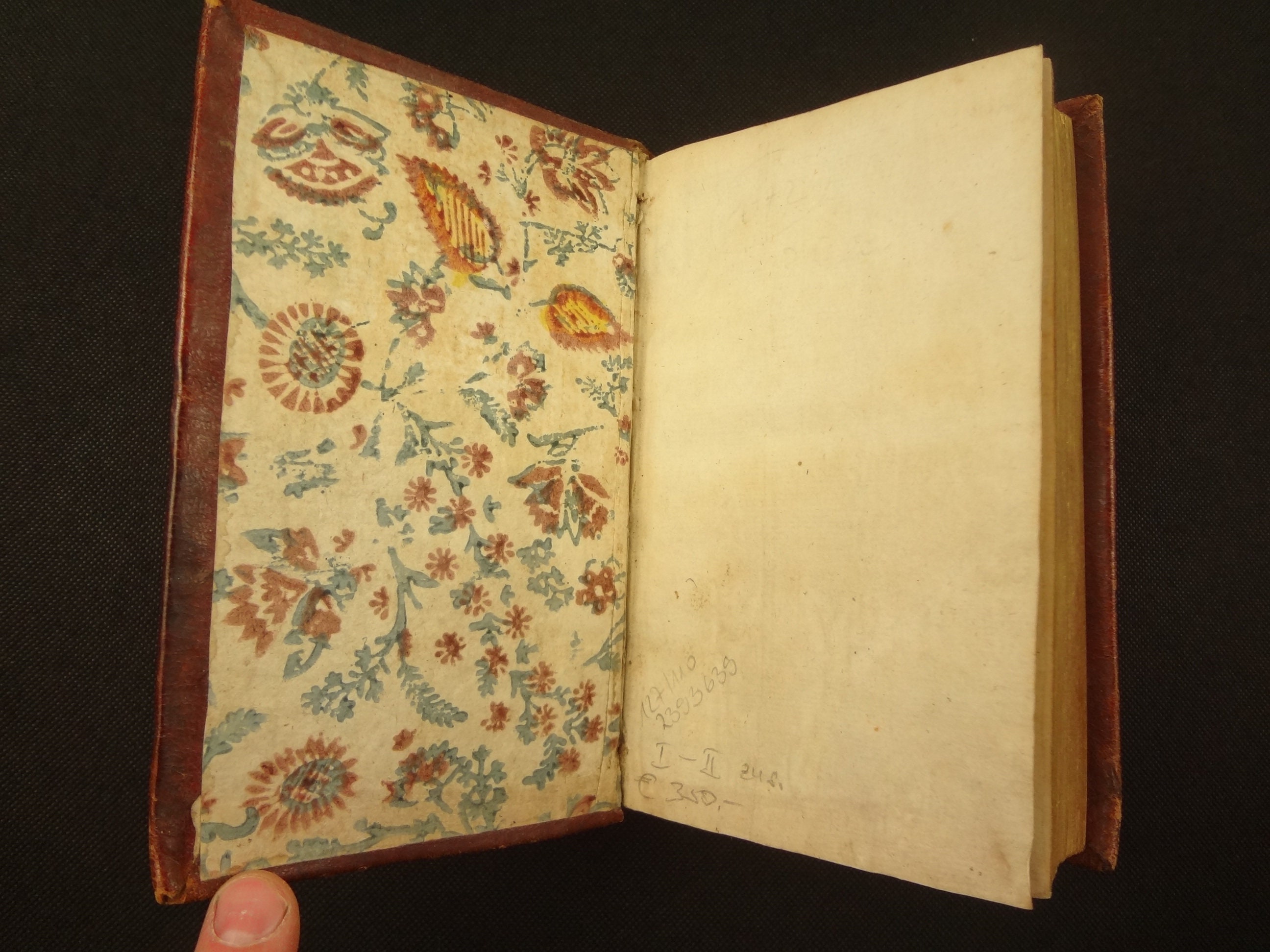 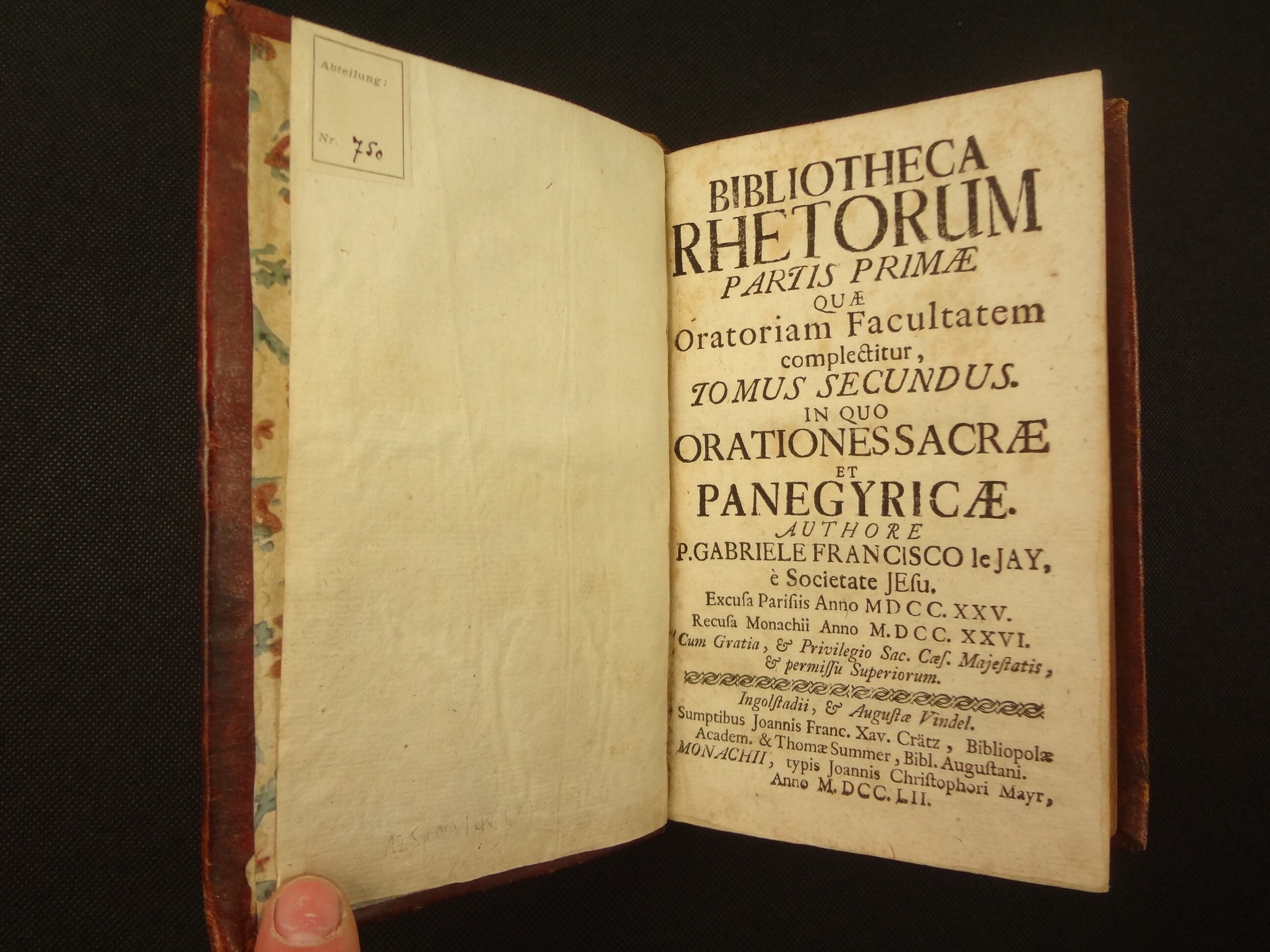 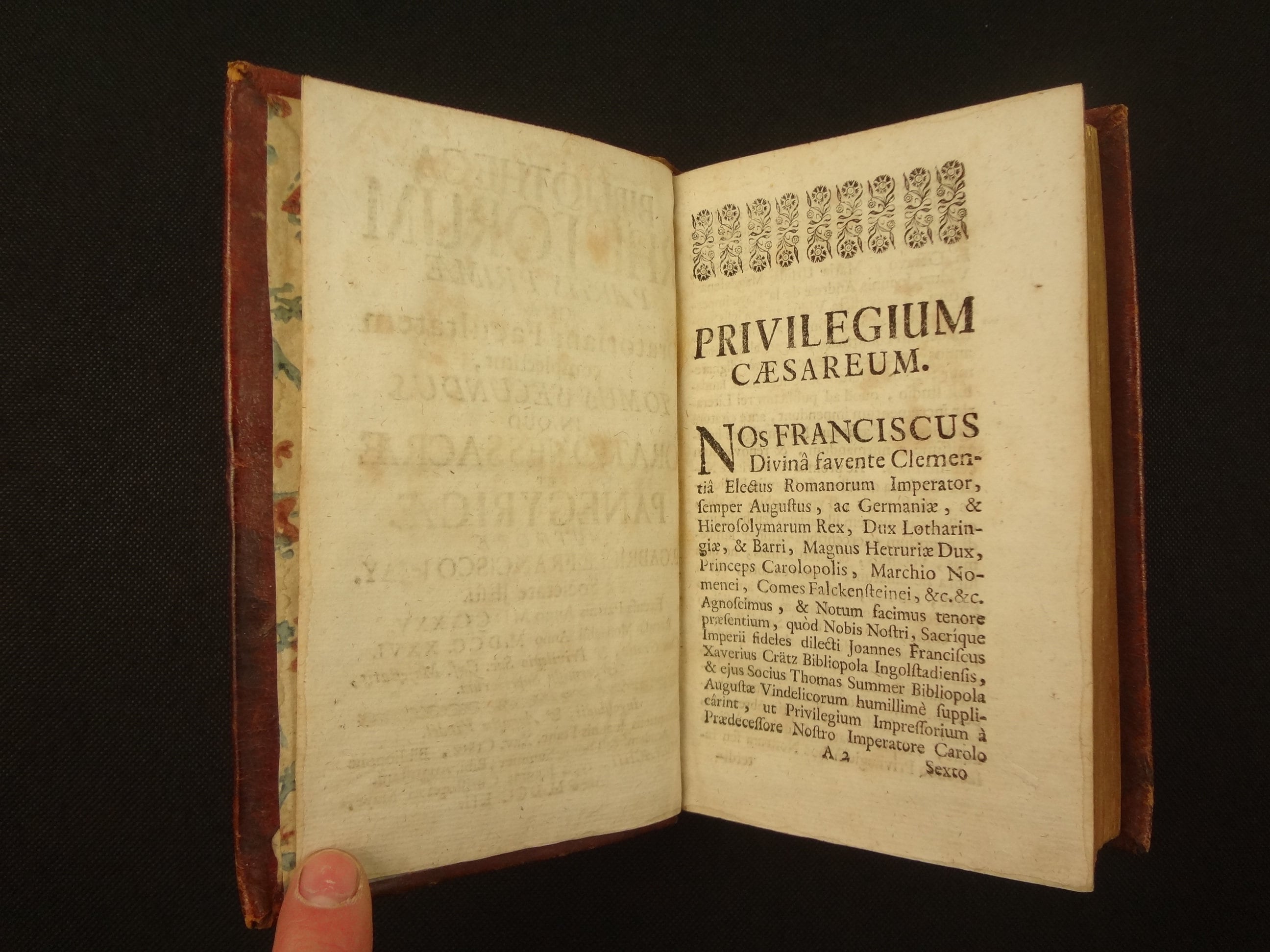 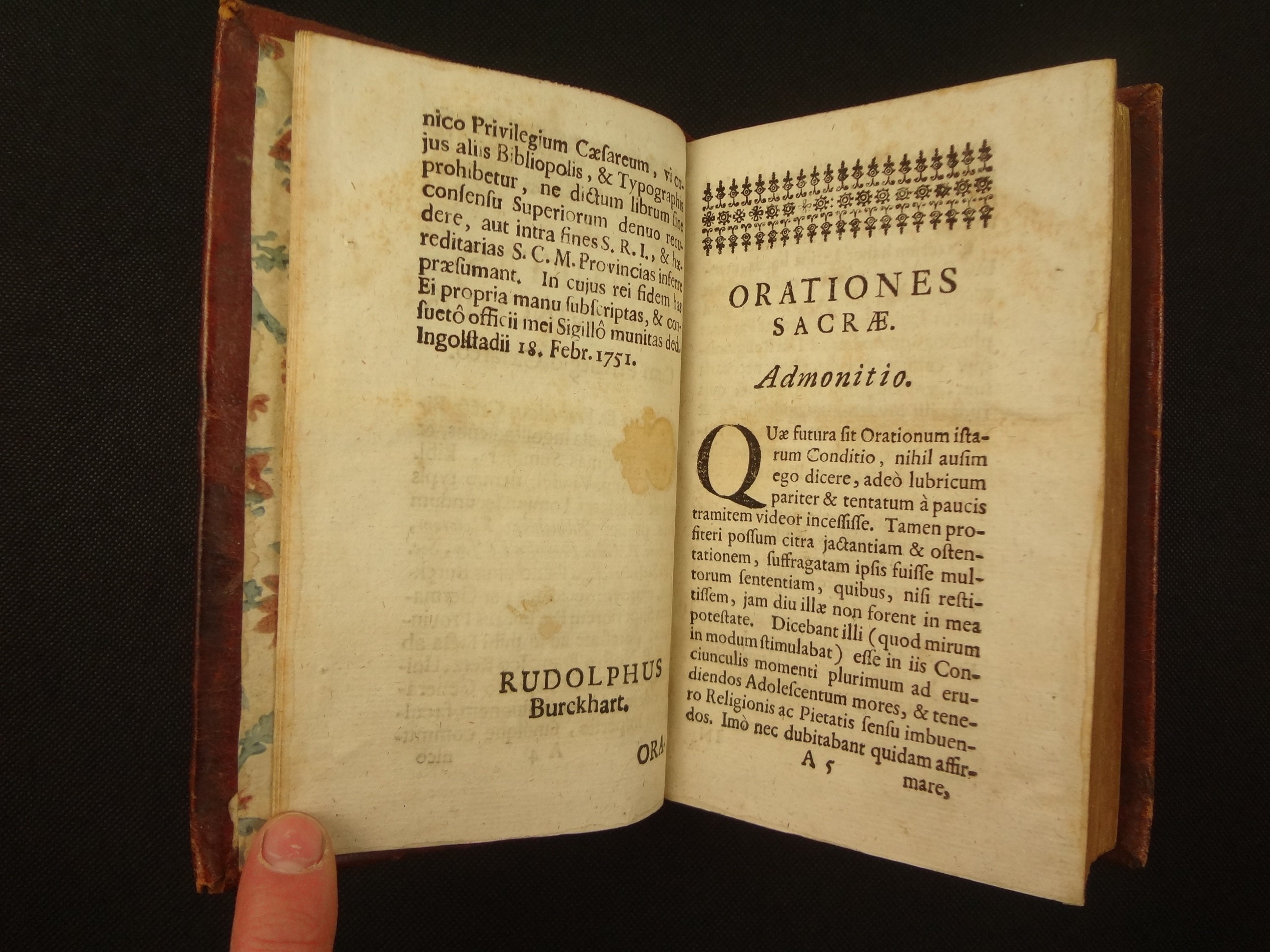 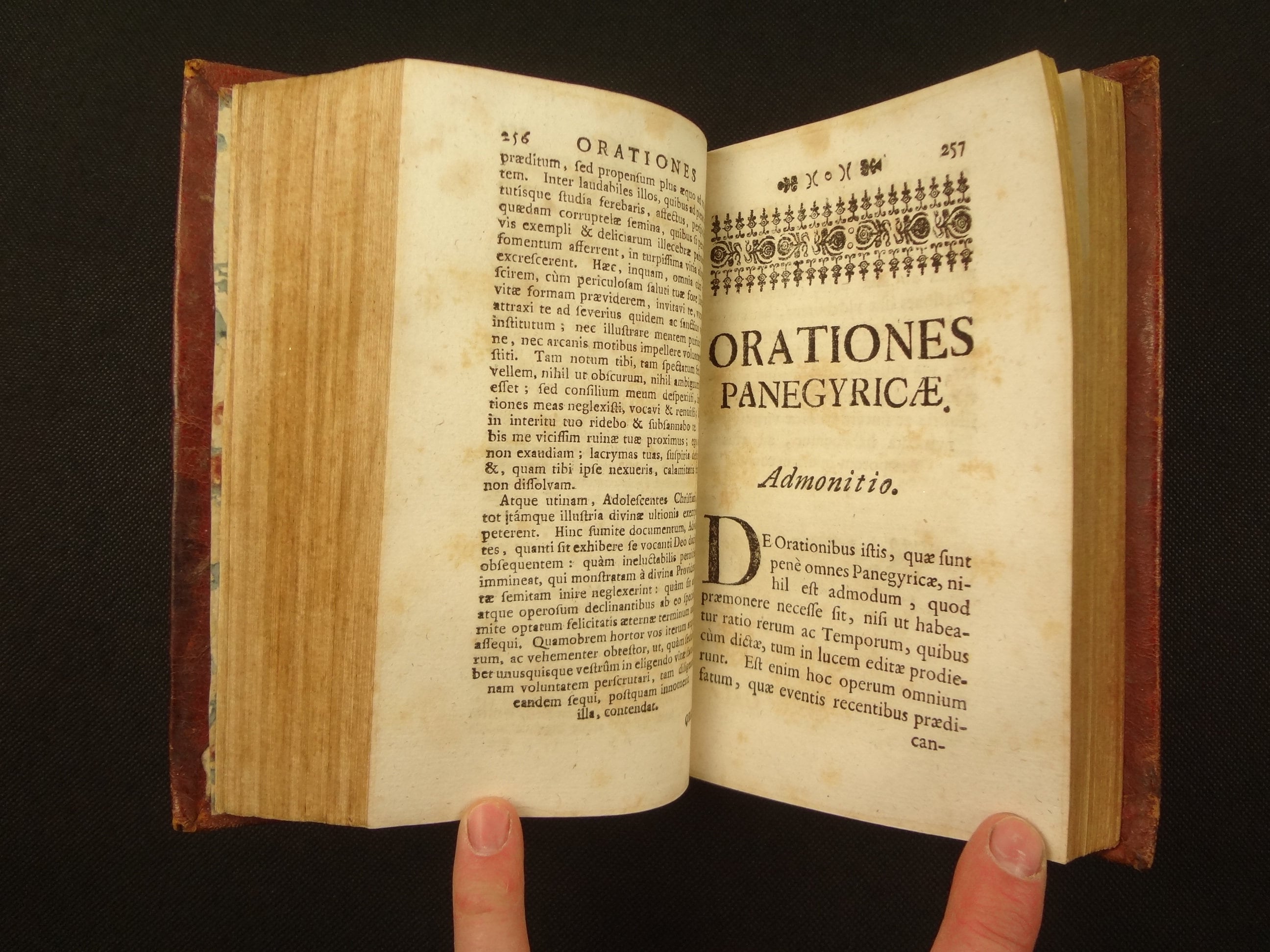 A very attractive 18th century binding graces the boards of this work on Rhetoric by the Franciscan Gabriel Francois Le Jay, Professor of Rhetoric. Voltaire was a pupil of Le Jay. This is the second book, in a series, this work collecting the orations and panegyricae of ancient rhetoric.

This book was likely kept in the Polling Monastery Library, as evidenced by the "Polling" on the spine.

Measures approx. 17 x 11 x 4 cm. Dark-red morocco bindings. Framed in gilt with roll of dentelle and flowers, with inner-corner florets with a sunflower blossoming. Both boards with a central medallion of sunflowers, vines, leaves, surrounded by stars. The spine with four raised bands; four compartments with a central gilt animal and corner leaves, one compartment with "Polling, 1772" in gilt, with an obvious correction from "1702". Pages - x, 498, [4]

See pictures. Some edge and corner wear; loss of gilt. On close inspection, it may have been expertly respined, even blending the leather to an impressive degree. I can't make up my mind. A little chipping at top of spine. A few bookworm holes along joint. Decorative endpaper doesn't extend into a flyleaf. Some bookseller notes on blank unpaginated front endpaper; library ticket pasted on verso. Some toning, ghosting and fox spots throughout.