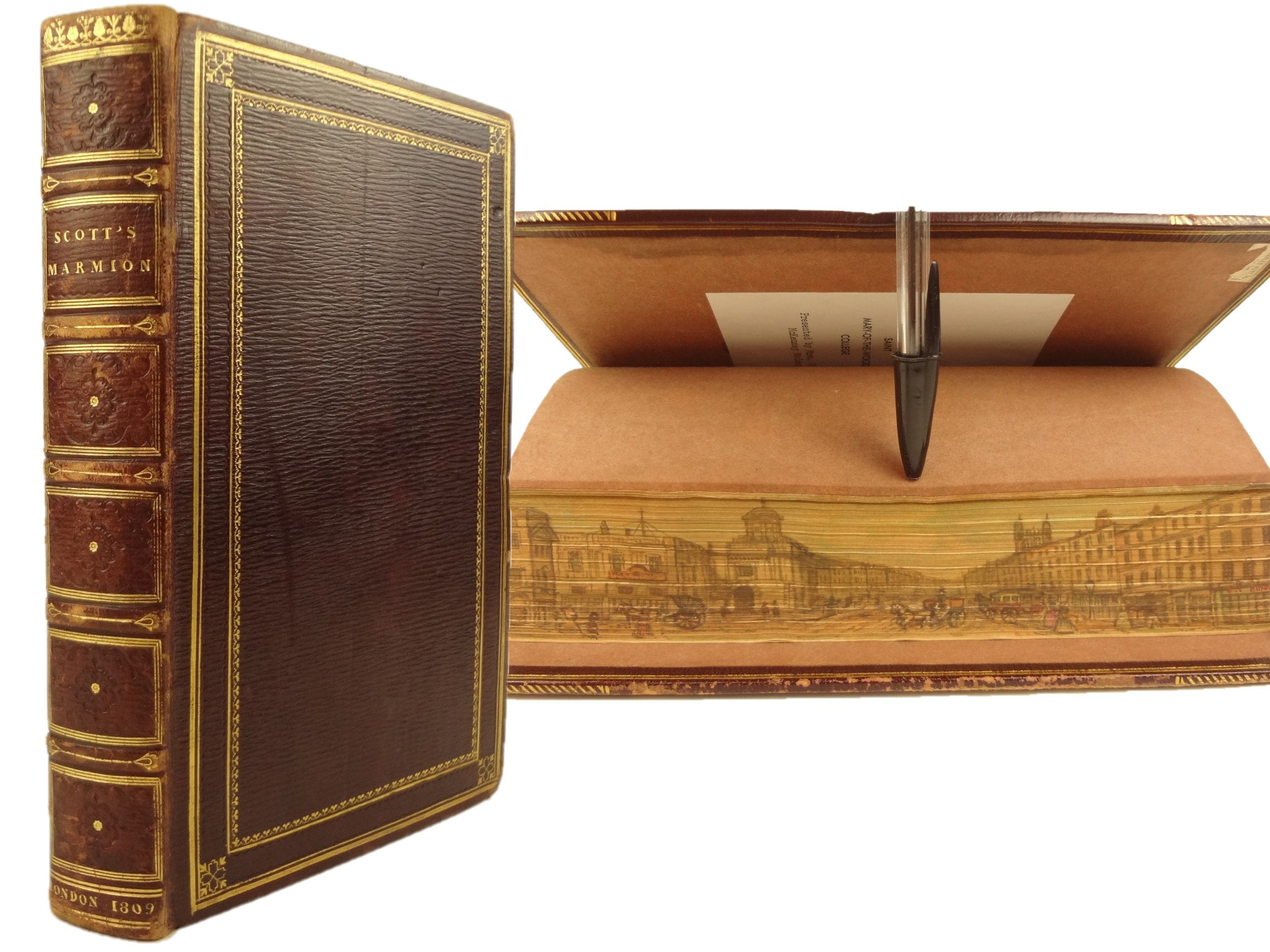 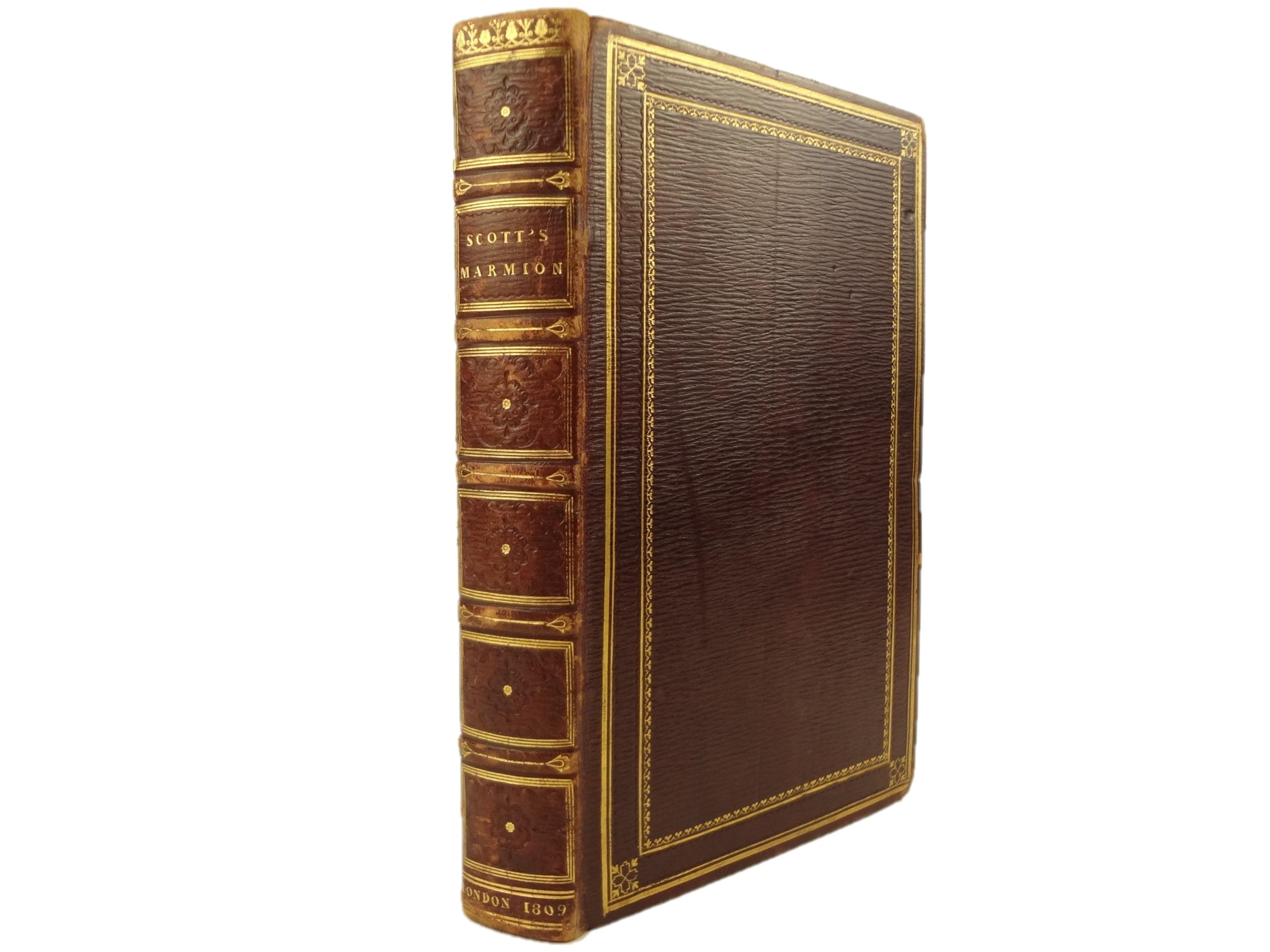 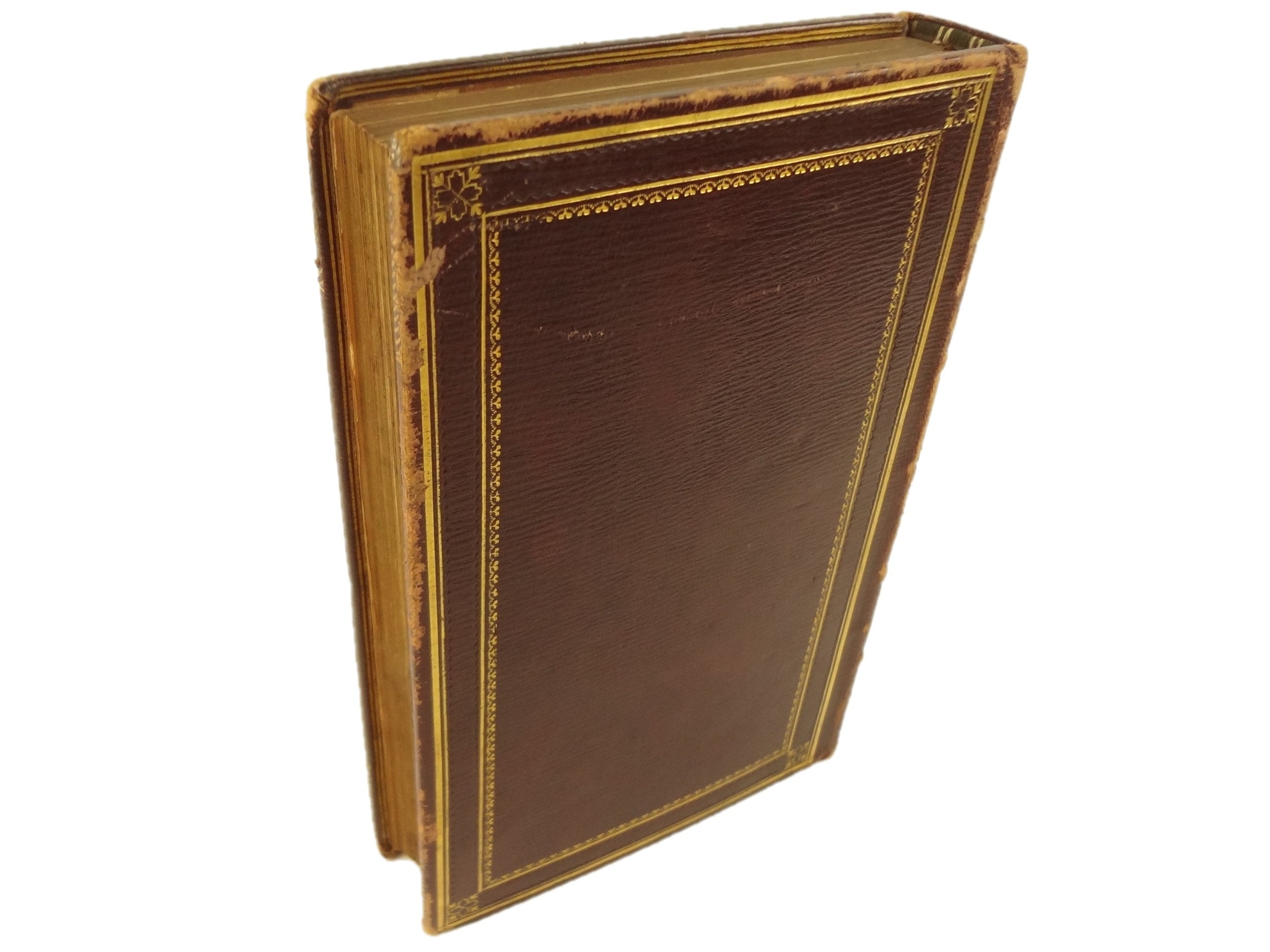 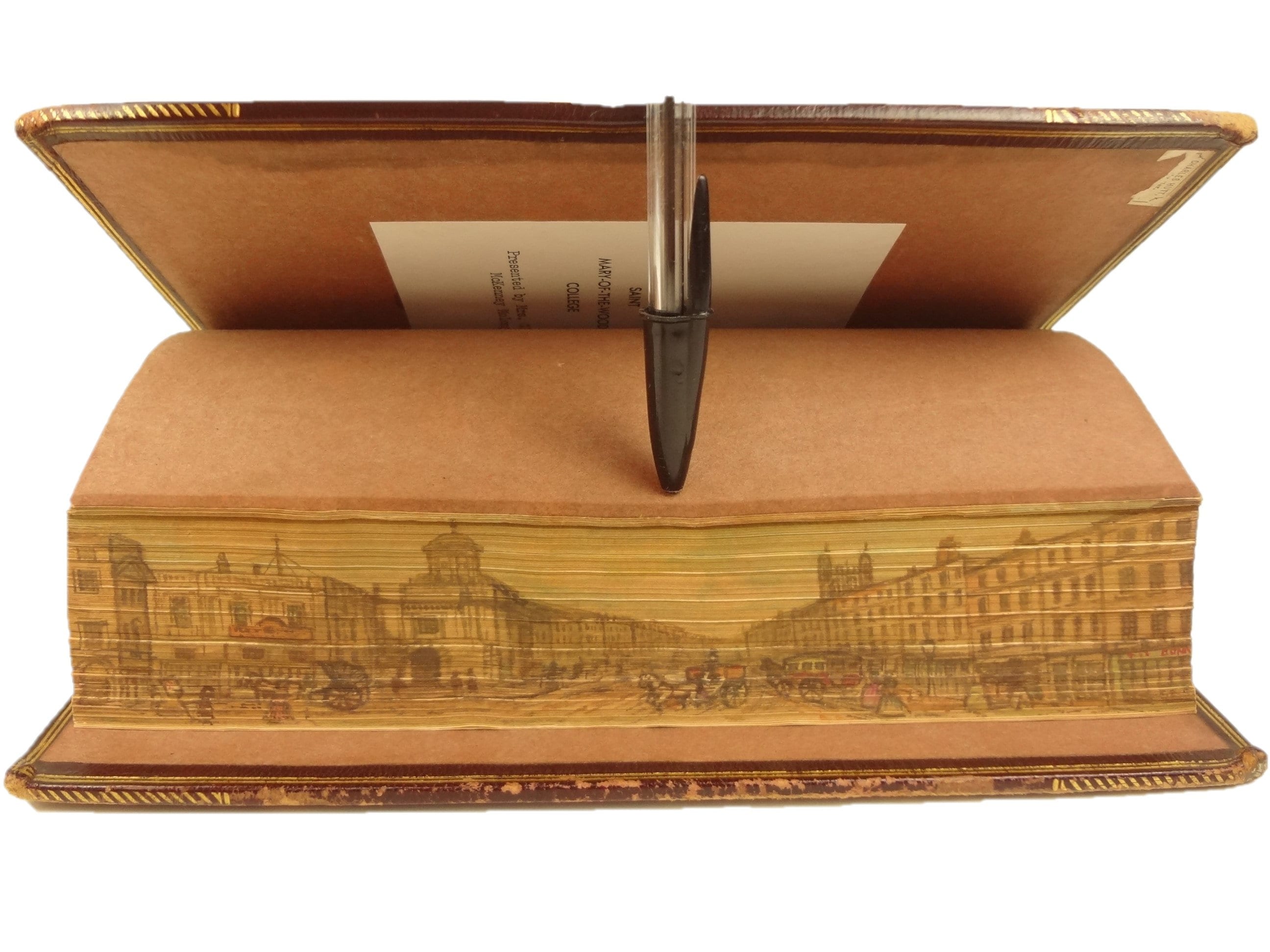 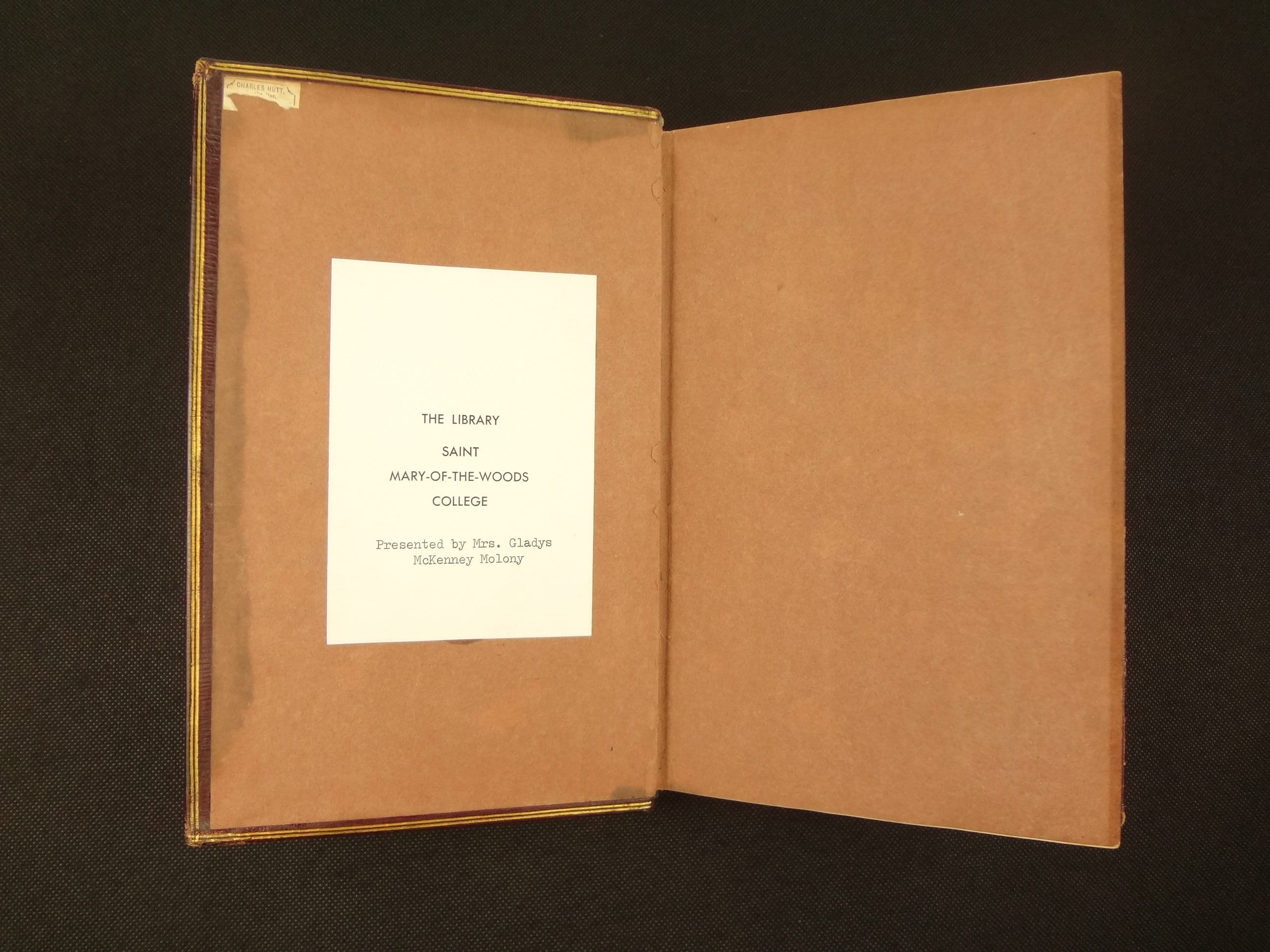 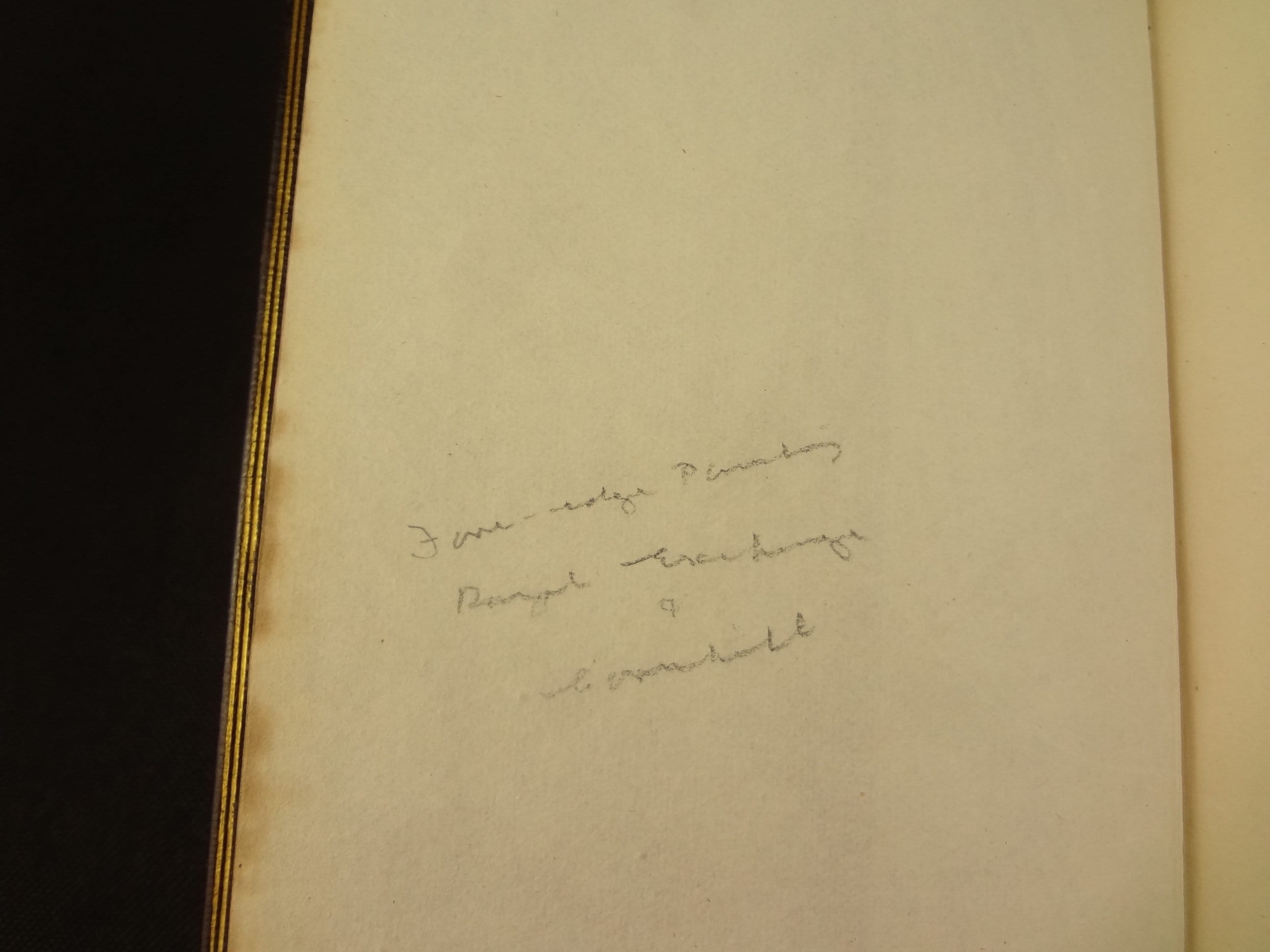 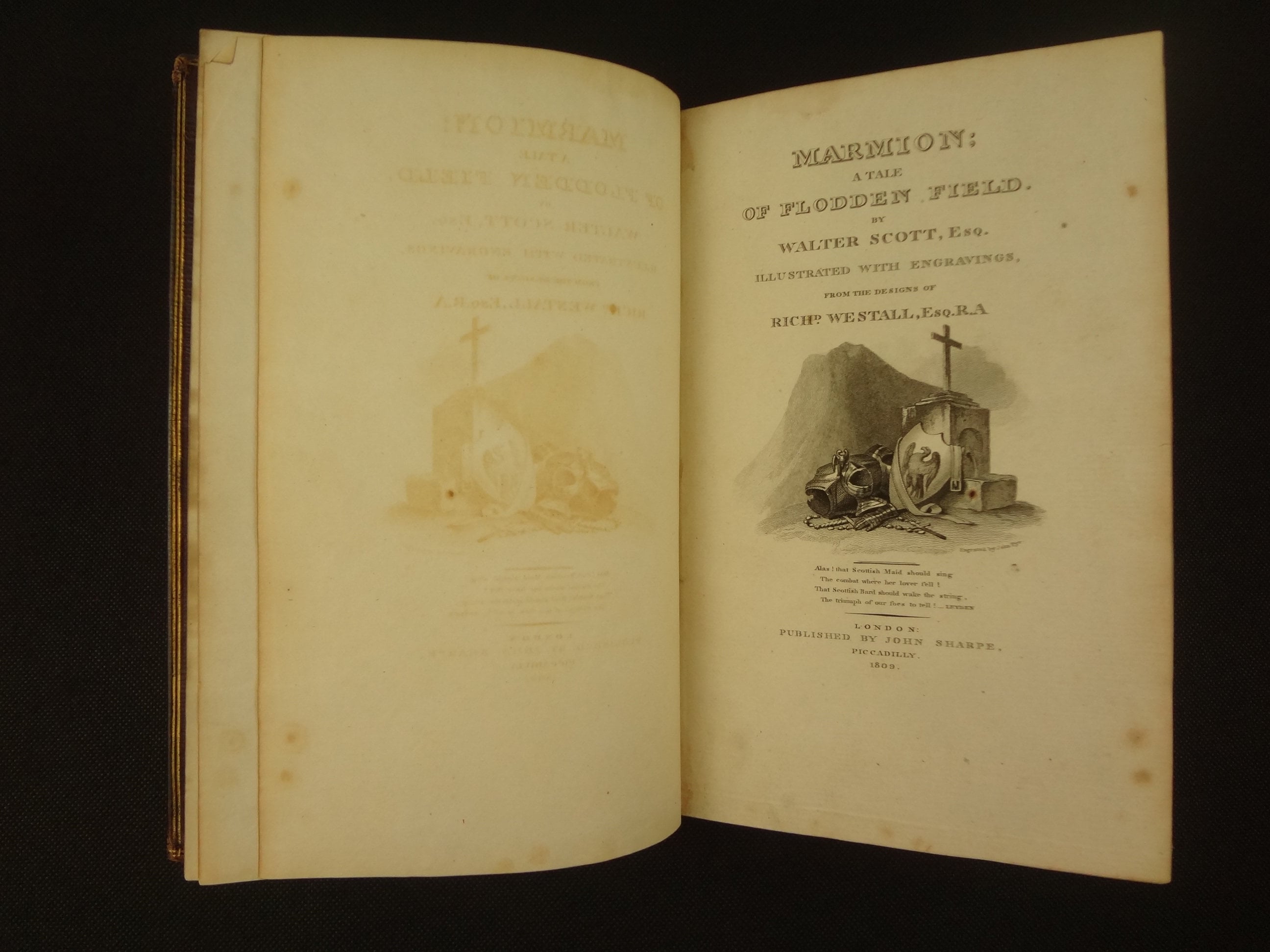 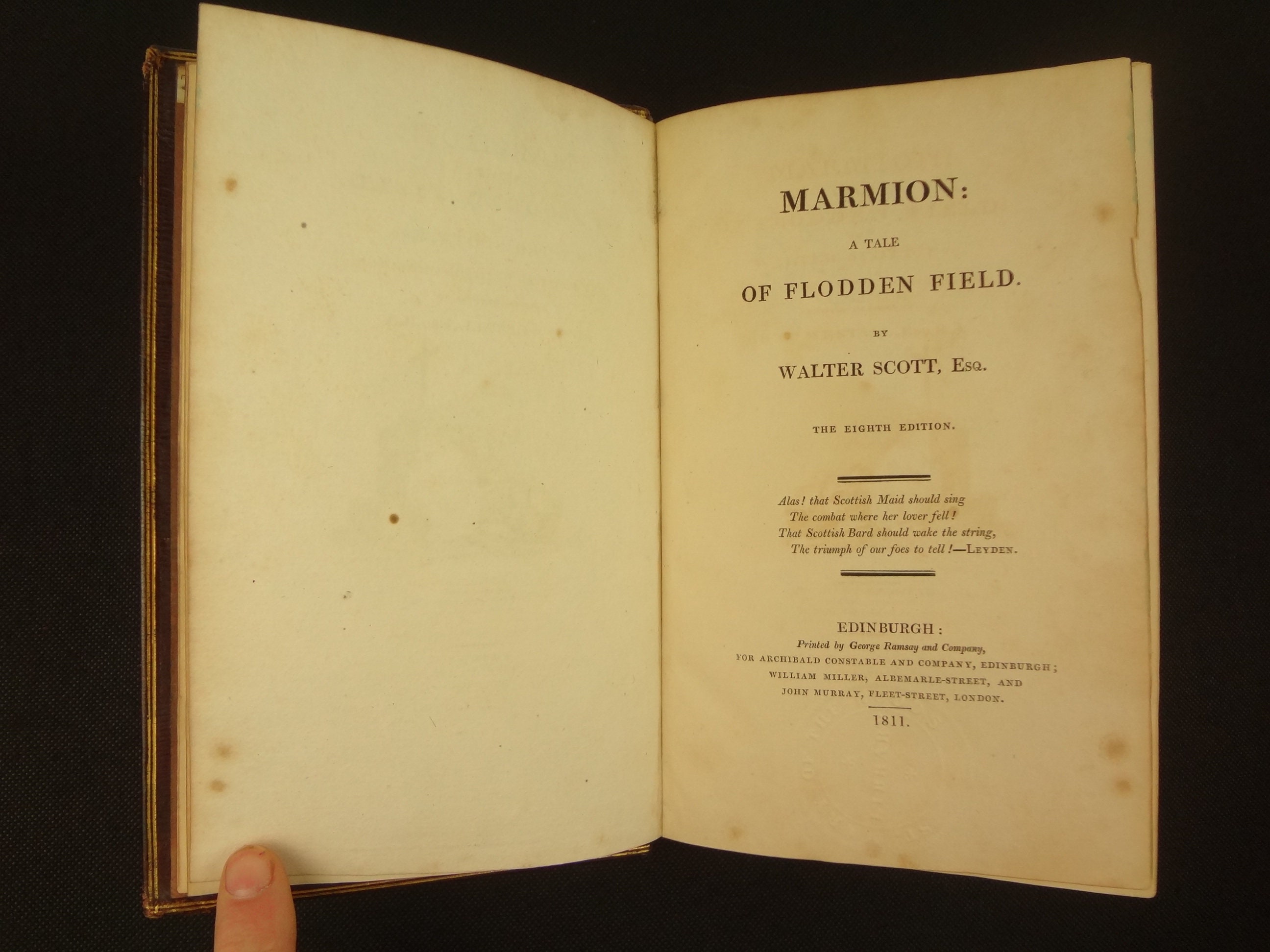 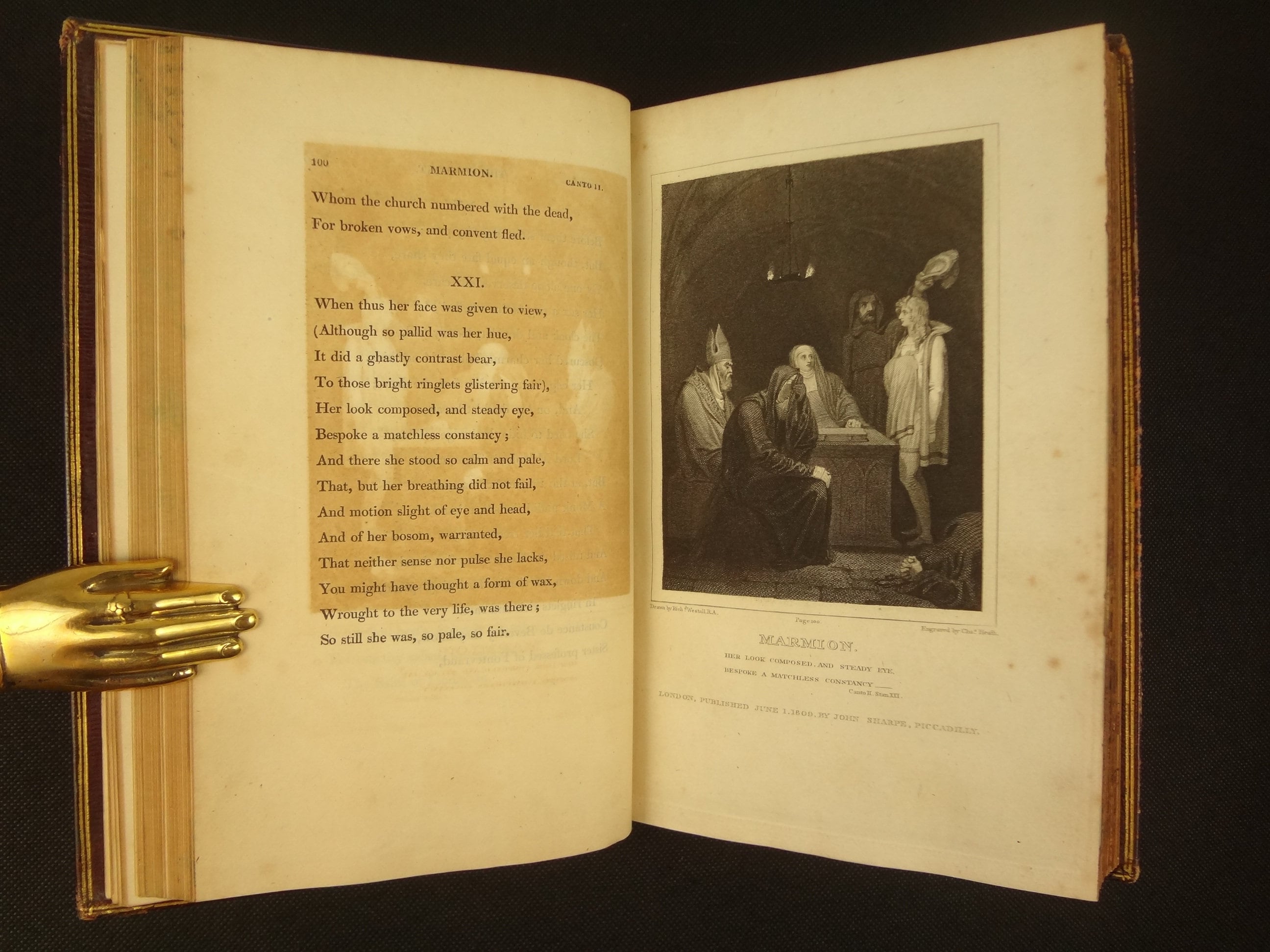 A delightful, likely 19th century, fore-edge painting of the Royal Exchange in London decorates this 1811 Marmion by Sir Walter Scott.

A ticket on the pastedown tells us the book was sold at the London book shop of Charles Hutt. An inscription on a binder's endpaper tells us it's the Royal Exchange Cornhill; you can see the Church of St. Michael, Cornhill on the right side of Cornhill lane, as it curves away. This scene was painted (approximately) from the Bank intersection, where a Blitz memorial now stands, looking down Cornhill. Because the book was sold in London, and the it was a selling technique of 19th century booksellers to add fore-edge paintings, I think it's highly likely that this is a period work.

A gracious provenance to this work. Gladys McKenney Molonly donated her collection of fore-edge paintings to her alma-mater, Saint-Mary-of-the-Woods; they sold some of the books off at auction in 2007 to raise money for scholarships.

The poem tells how Lord Marmion, a favourite of Henry VIII of England, lusts for Clara de Clare, a rich woman. He and his mistress, Constance De Beverley, forge a letter implicating Clare's fiancé, Sir Ralph De Wilton, in treason. Constance, a dishonest nun, hopes that her aid will restore her to favour with Marmion. When De Wilton loses the duel he claims in order to defend his honour against Marmion, he is obliged to go into exile. Clare retires to a convent rather than risk Marmion's attentions.

Constance's hopes of a reconciliation with Marmion are dashed when he abandons her; she ends up being walled up alive in the Lindisfarne convent for breaking her vows. She takes her revenge by giving the Abbess, who is one of her three judges, documents that prove De Wilton's innocence. De Wilton, having returned disguised as a pilgrim, follows Marmion to Edinburgh where he meets the Abbess, who gives him the exonerating documents. When Marmion's host, the Earl of Angus (Archibald Douglas) is shown the documents, he arms De Wilton and accepts him as a knight again. De Wilton's plans for revenge are overturned by the Battle of Flodden. Marmion dies on the battlefield, while De Wilton displays heroism, regains his honour, retrieves his lands, and marries Clare.

See pictures. Binding worn with wear to spine bands, corners, edges and some rubs to boards. Partially removed ticket of 19th century bookseller Charles Hutt and bookplate of Library Saint Mary-of-the-Woods on pastedown ("Presented by Mrs. Gladys McKenney Molony"). Some ghosting of turn-ins, the bindings was probably oiled back when oiling the leather was a thing. Binders blank endpaper dog-eared. 1st five leaves with some fox spots. A moisture mark from the top edge in the top margin. Library imprint on title page. call number and "RARE FORE-EDGE PAINTING 55" on title page verso. 2" hole mid-gutter of dedication page, also call number again. Some toning and occasional fox-spots and thumbs throughout. No tissue protection, plates have ghosted facing pages. Inky thumb on 260. A little creasing at rear leaves, likely from being held open to display fore-edge.