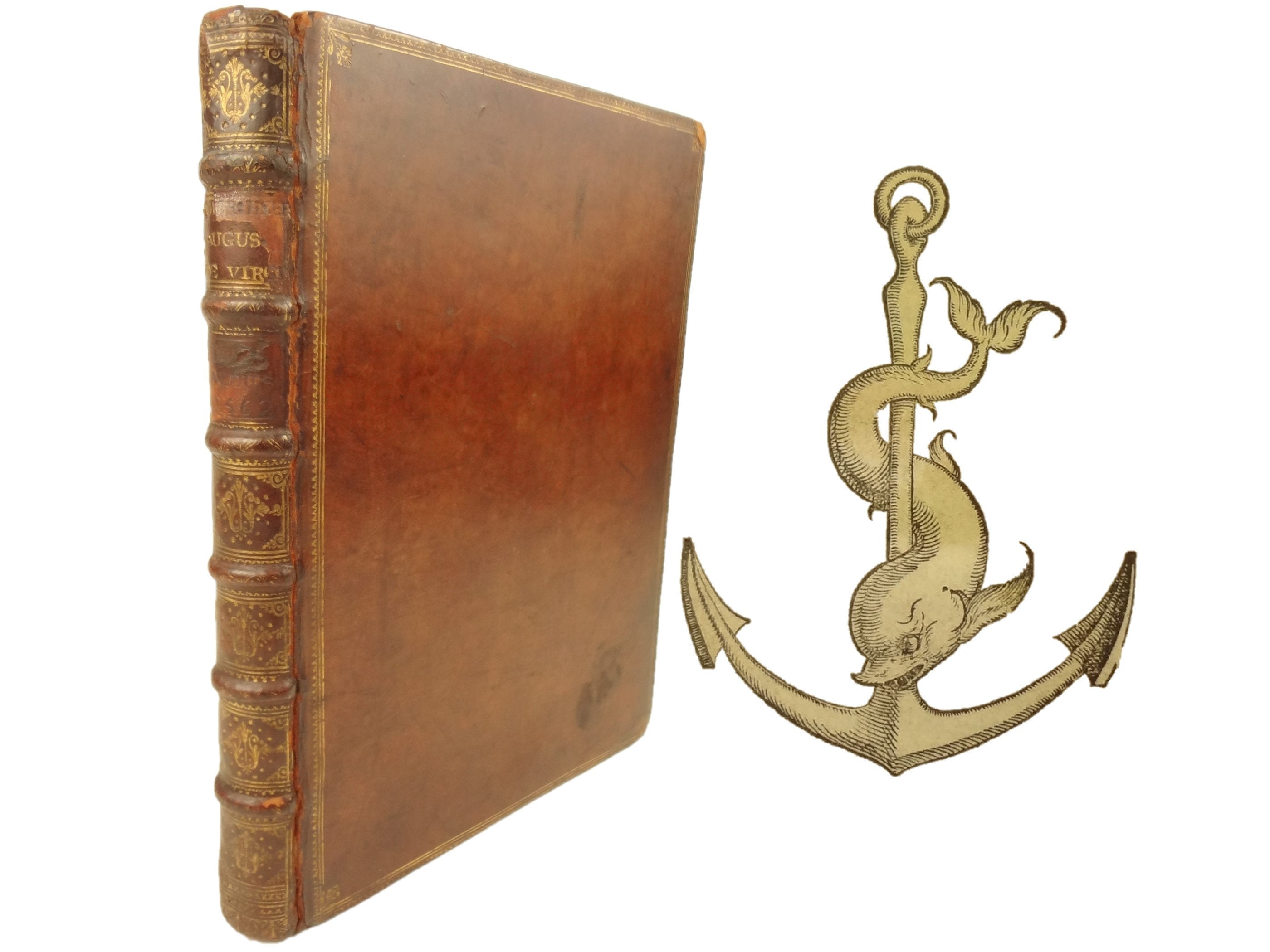 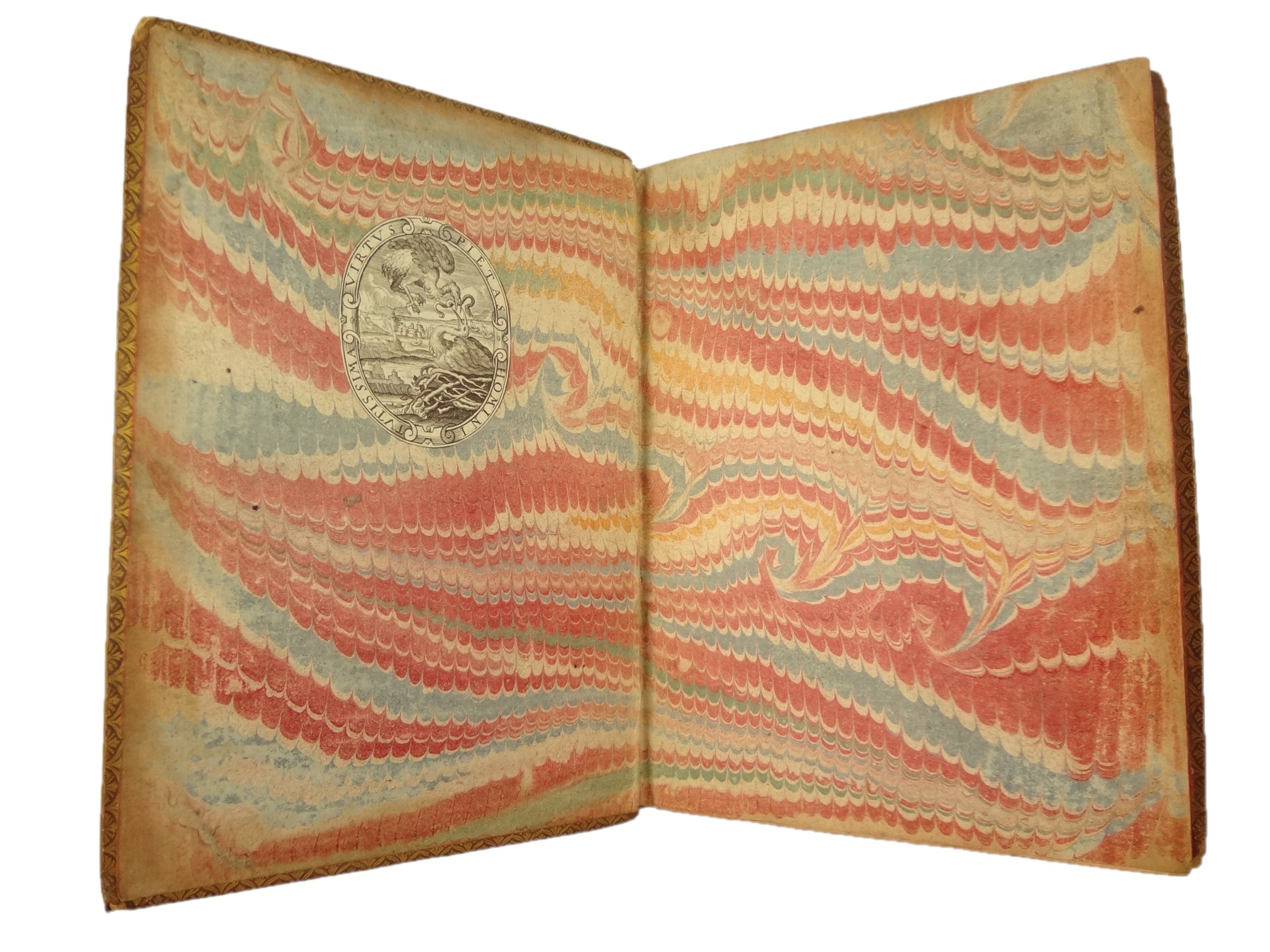 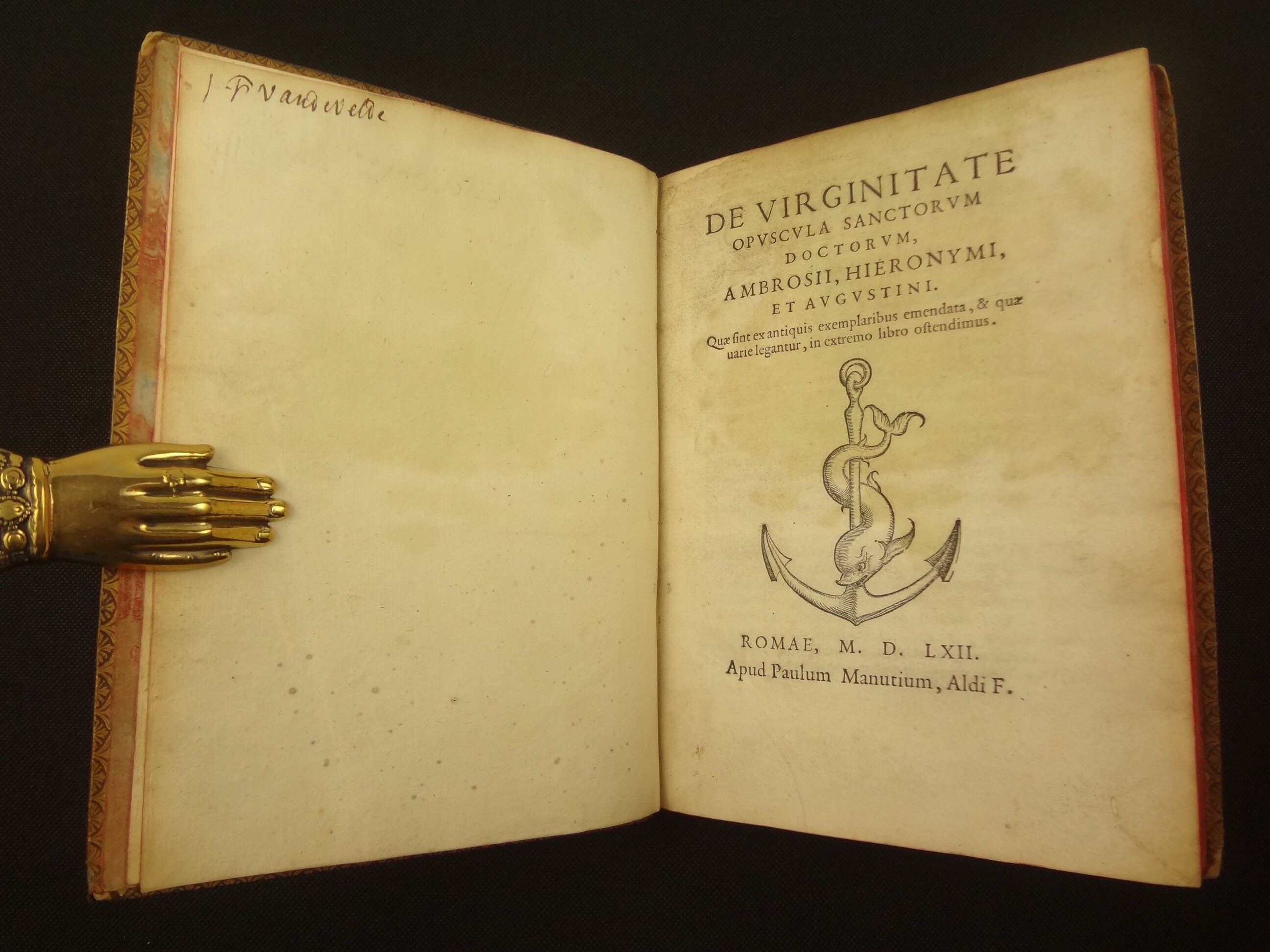 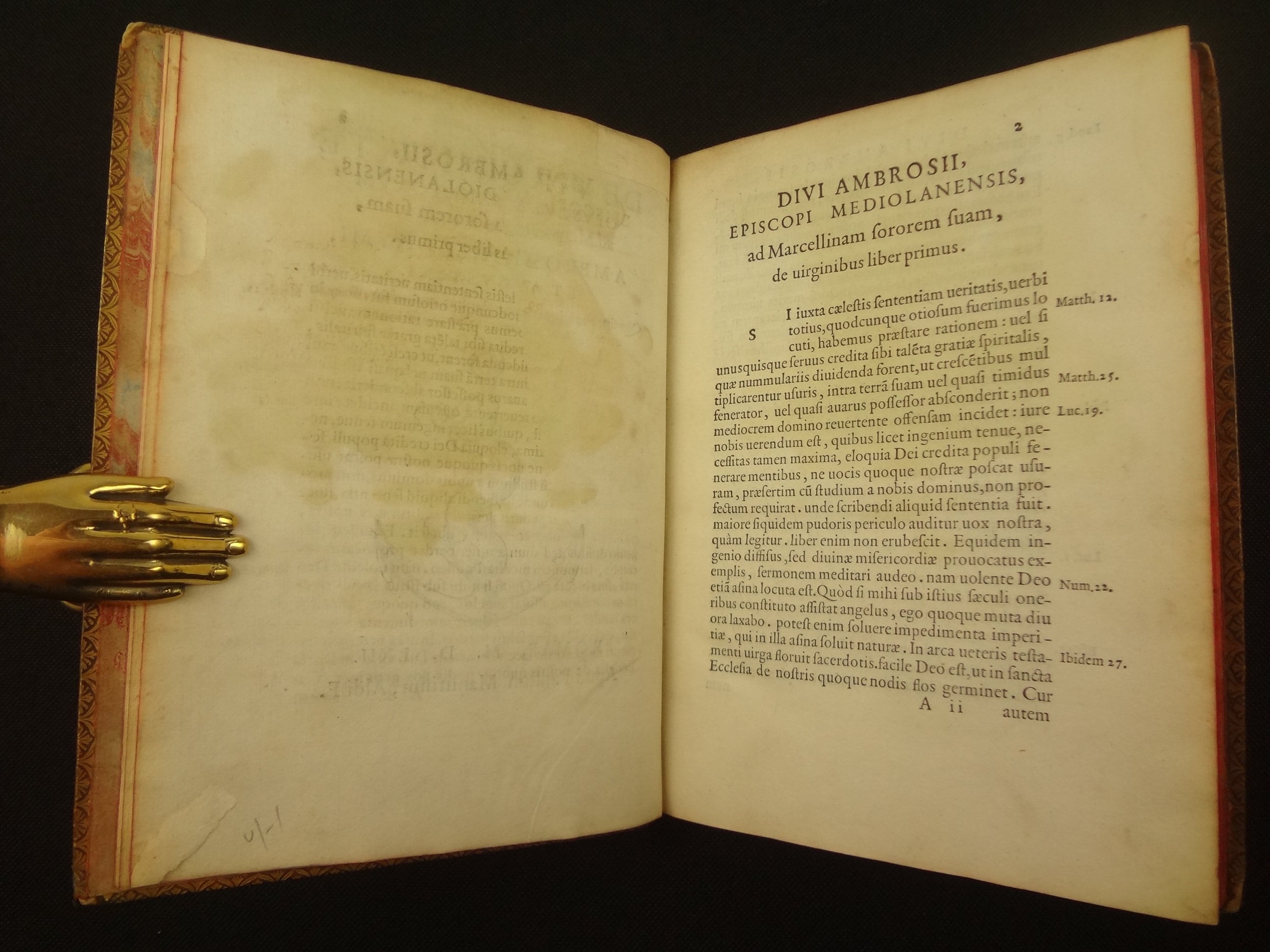 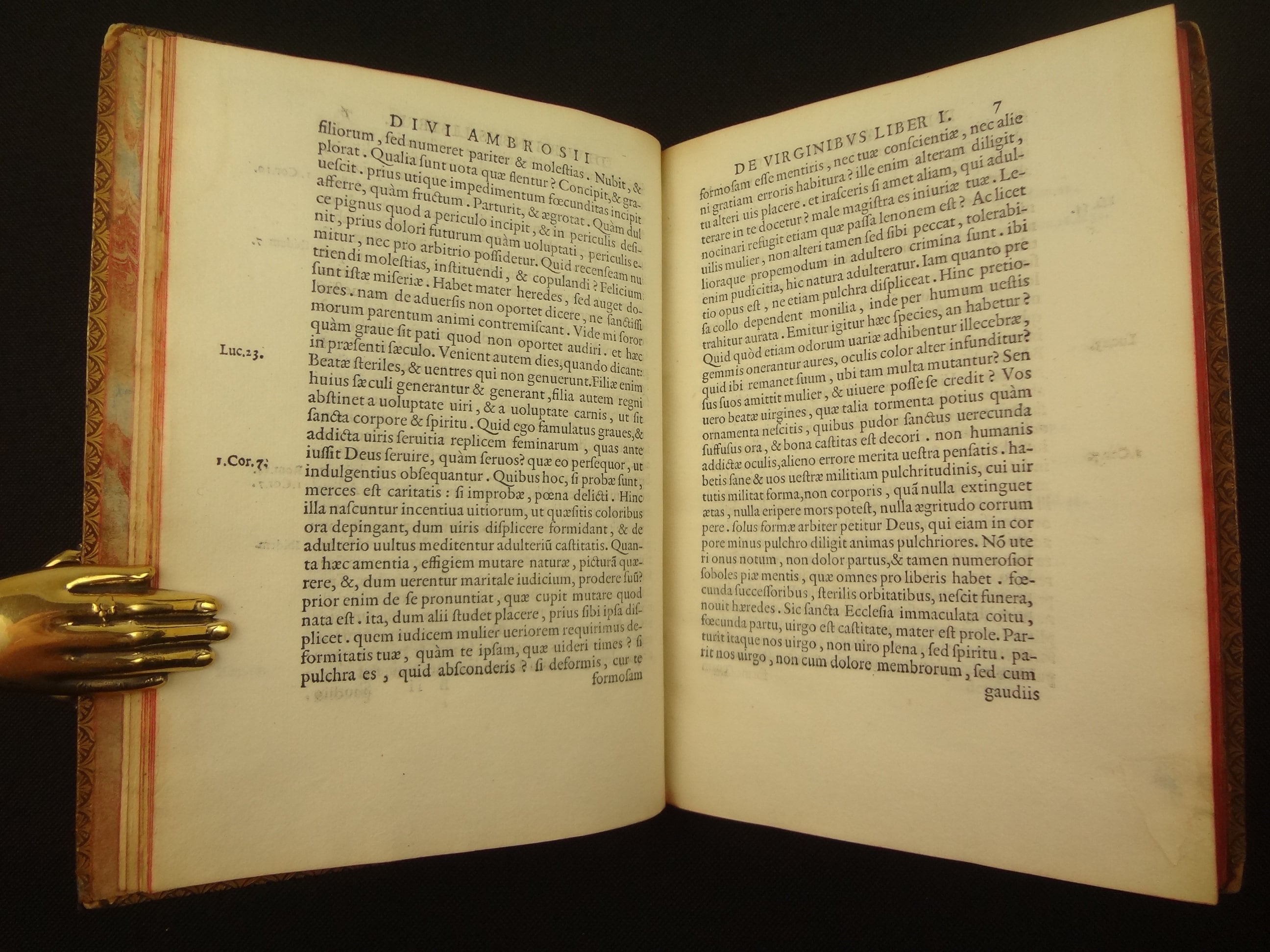 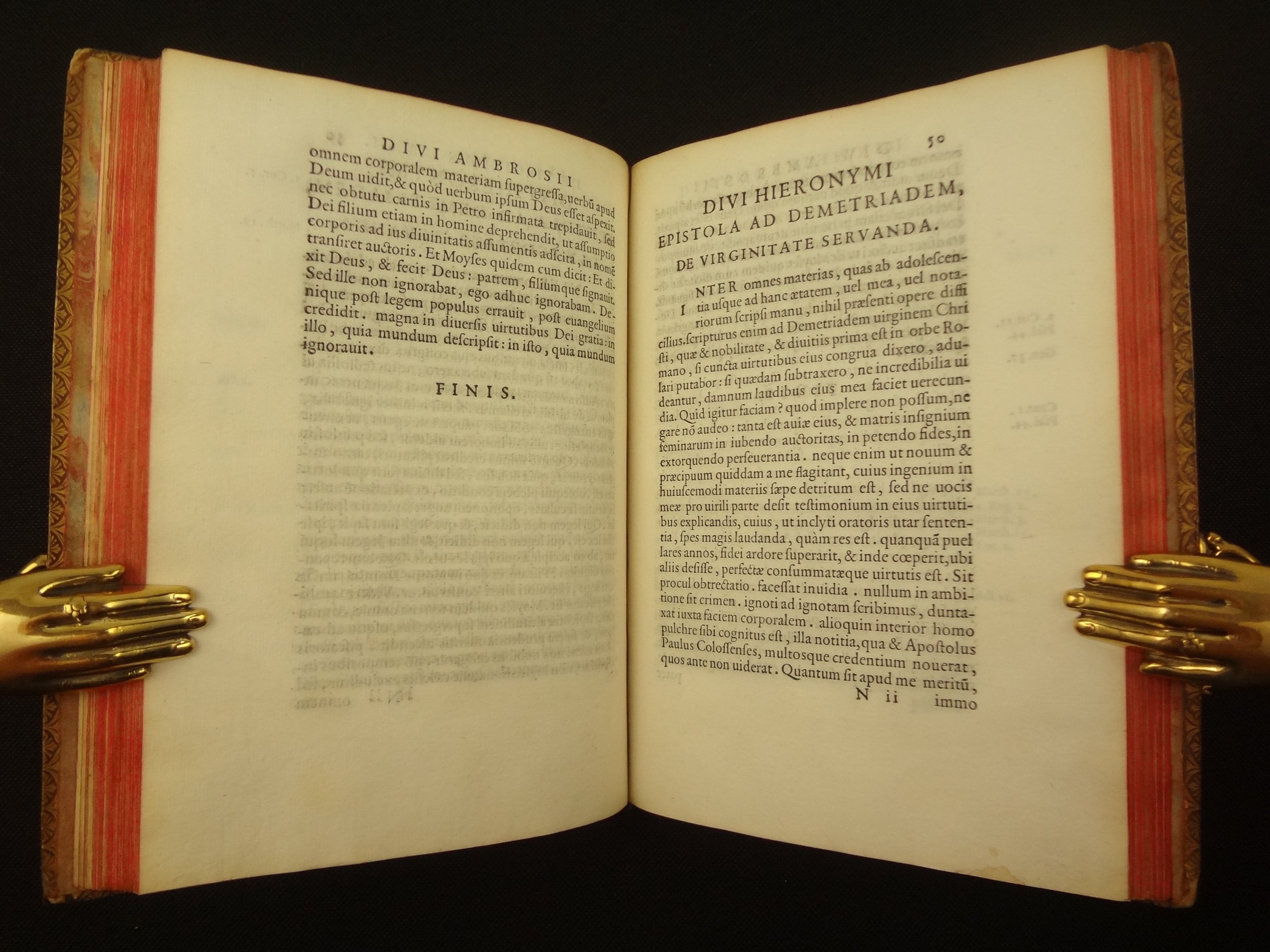 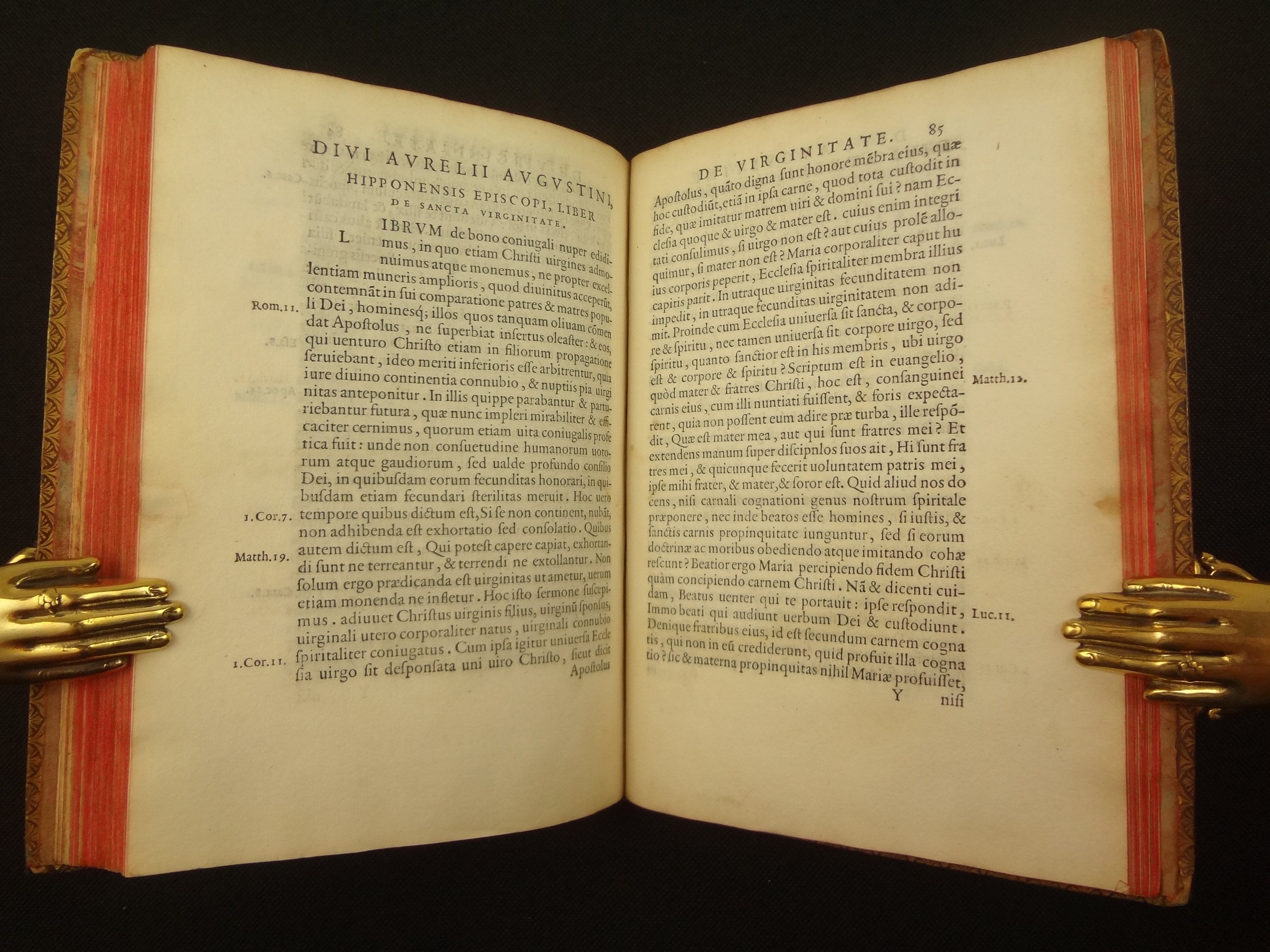 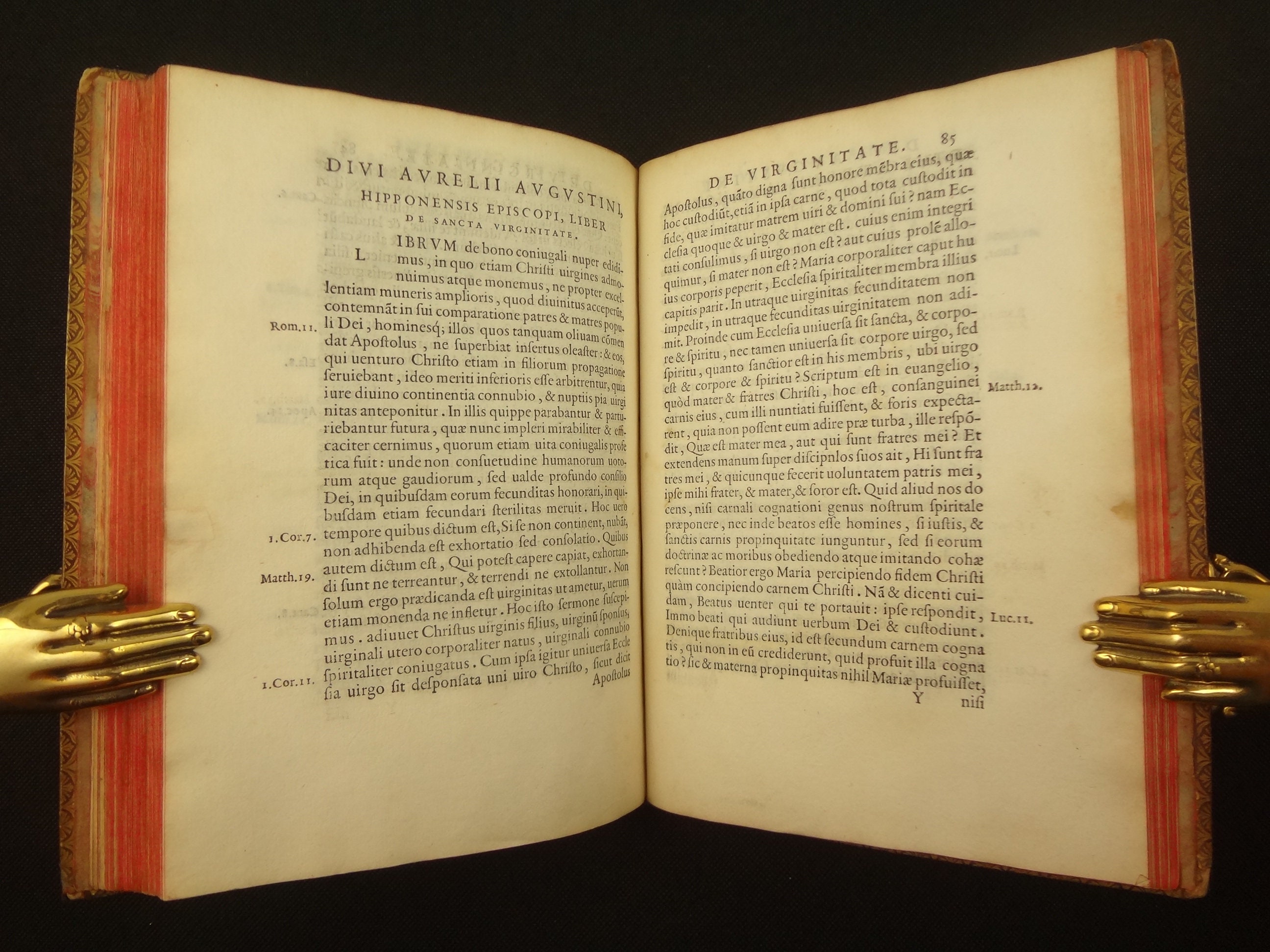 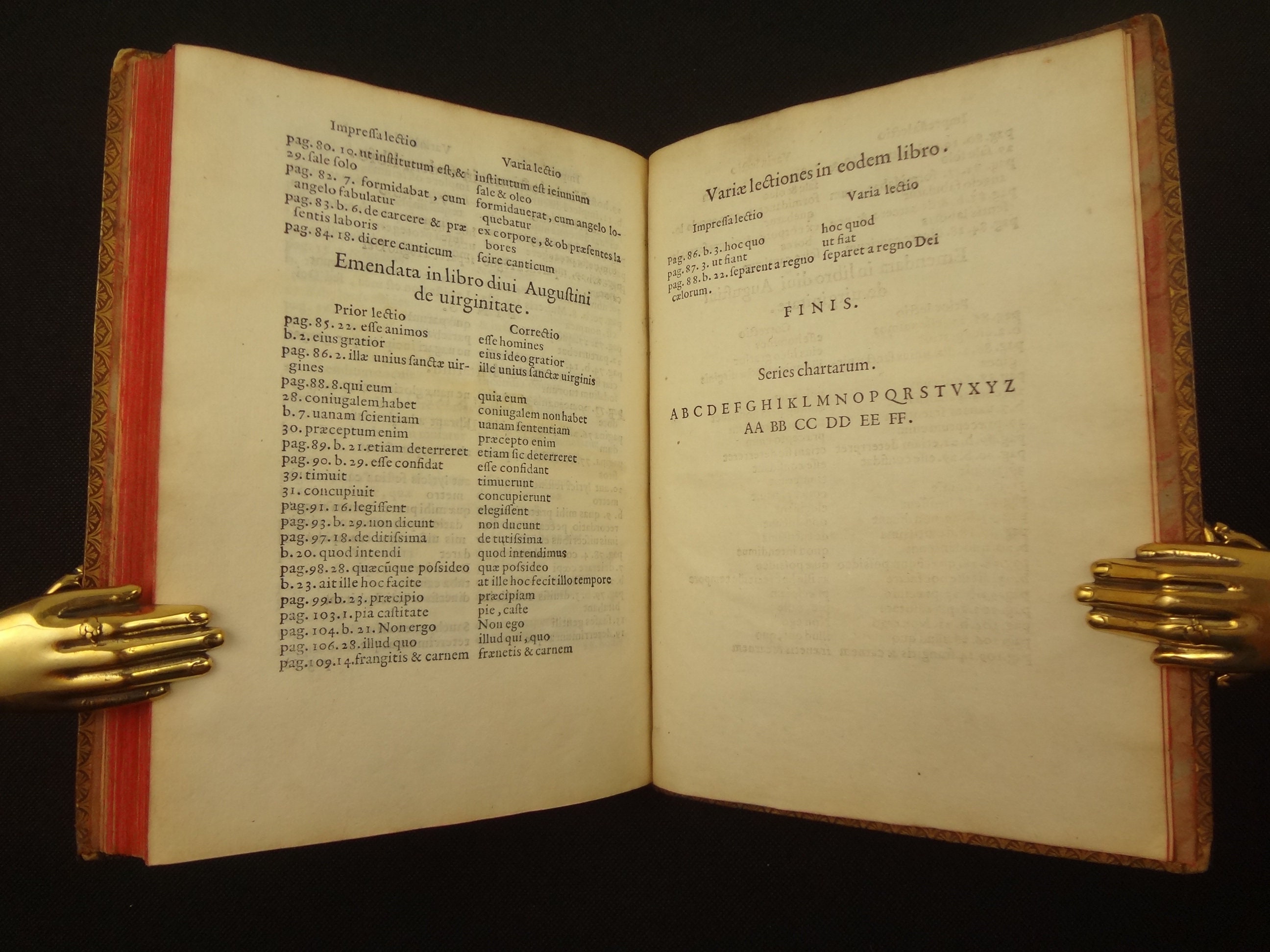 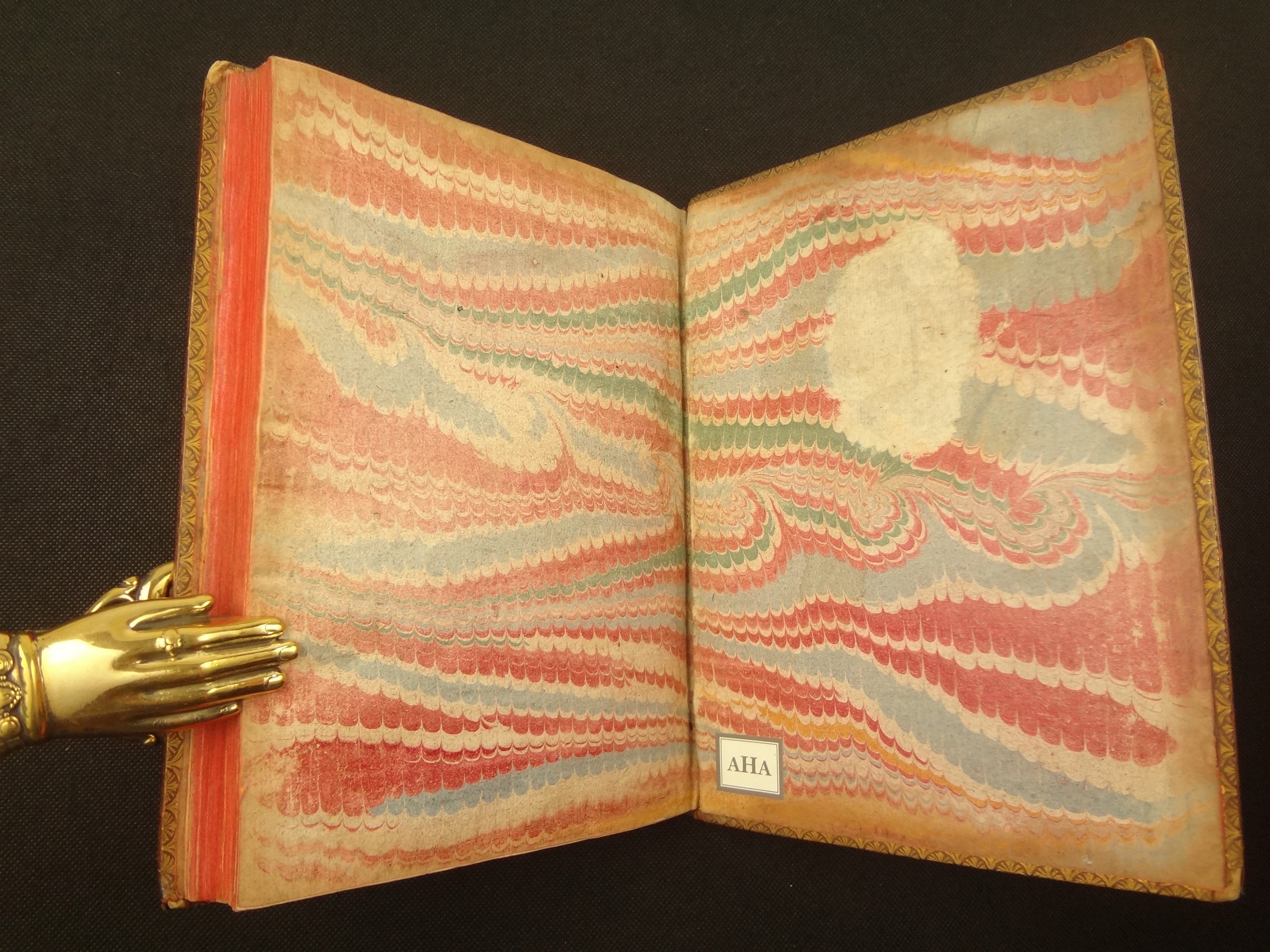 Three important theological works praising the virtues of celibacy and virginity, by the church fathers Ambrose, Jerome and Augustine; published by the important Manutius family of printers, with the Aldine printer's mark on the title page.

Bookplate (produced by a cutout of a printing) showing the Verdussen printer's mark (1659-1759 in use). This title was listed in the auction catalogue of Jean-Baptiste Verdussen III's book collection, indicating that this is (perhaps) the copy. G.F. Enoch and J.F. Van de Velde's names appear on the front blank endpaper. Enoch was a late 18th century professor in Leuven, and Van de Velde the librarian at the University of Leuven into the early 19th century. At the rear there is a ticket of AHA, Albert A. Howard, the American book collector.

Previous seller notes Adams catalogued as A950. Many other references provided.

See pictures. Joints cracking but boards being held by bands. Corners and edge wear to boards. Spine with some flaking to labels. Front board with a 2" rub mark near bottom. Ex libris plate on pastedown. Verso of flyleaf with price and blank binder's endpaper with several previous owner's names. Title page with discoloring, like oiling the board bled through to it (possibly just a moisture mark) and a worm track at bottom corner. Some toning, foxing and thumbing throughout. Worm track at corner goes to third leaf. Page edge chip repair to first three pages. Paper margin repair on 7. Some moisture mark intrusion along edges in margins, possibly caused by painting the edges red. Bottom corner repaired 12. Nice wide margins. Bottom corner of 51 repaired. Bottom margin of 66 with a repair. Some pages with a little more toning than others. Fore-edge chip repair 85. "110", "111", "112" written at top of those leaves. Some spotting in binder's endpaper blank leaves. Evidence of bookplate removal on rear pastedown.