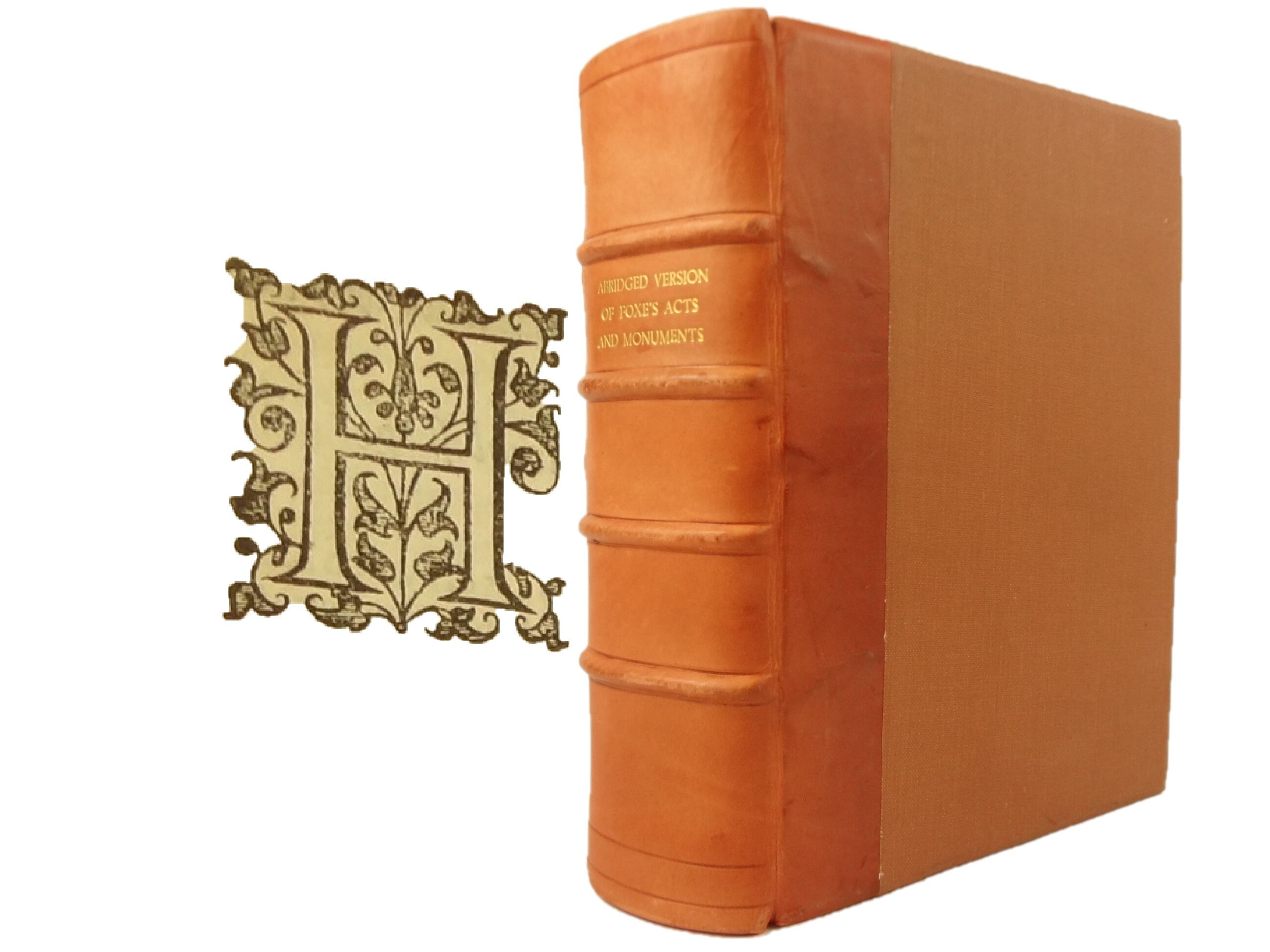 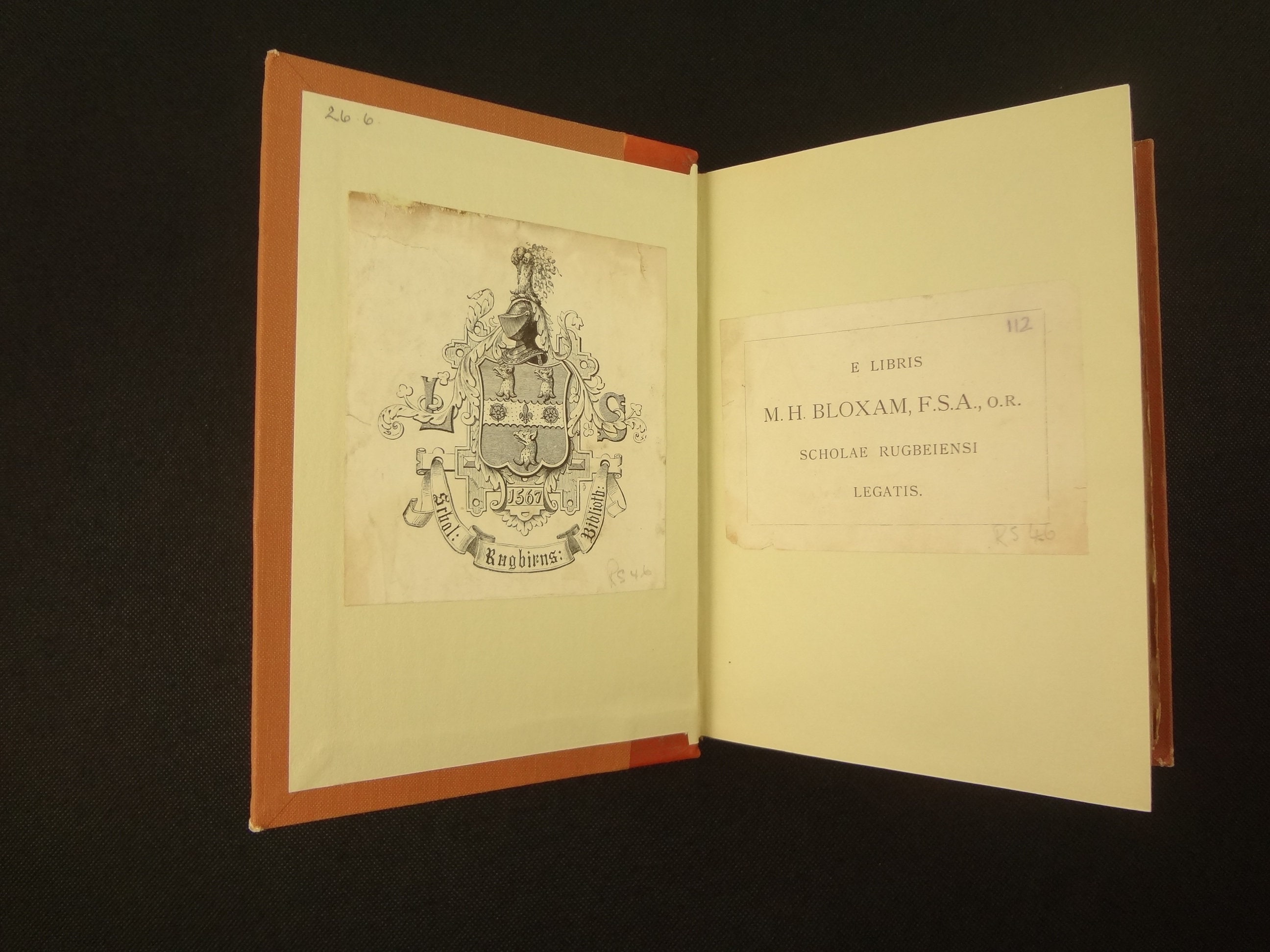 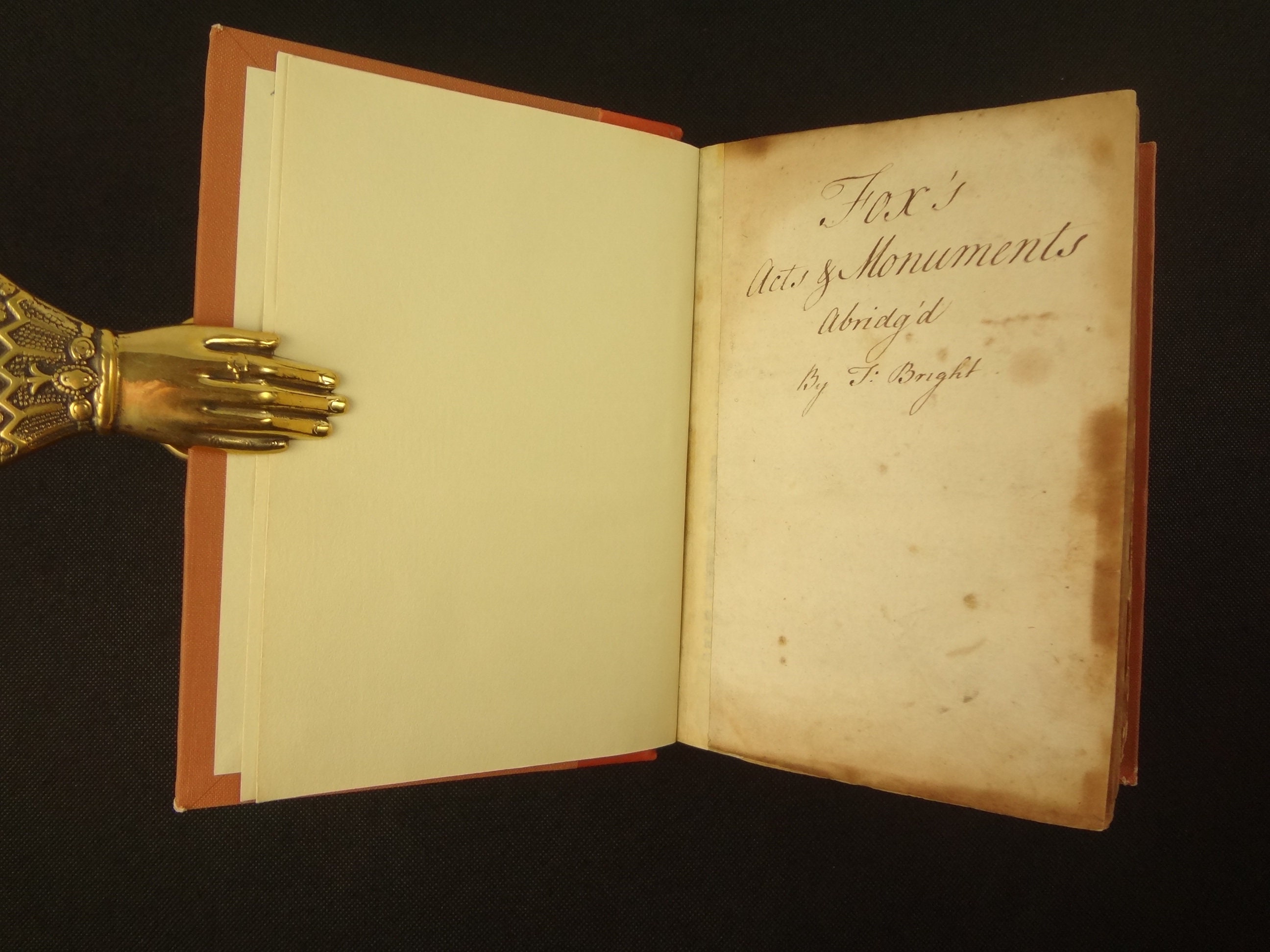 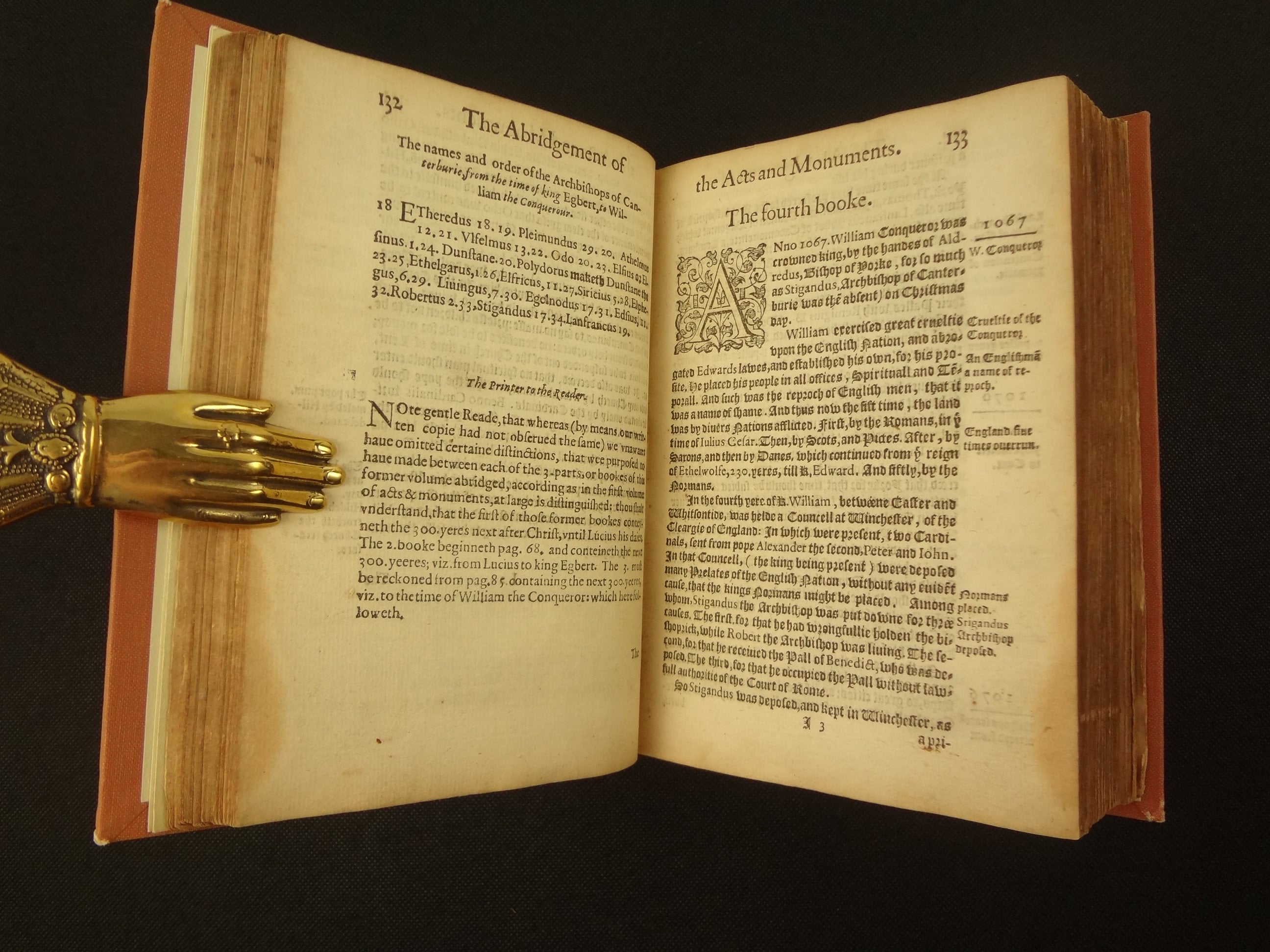 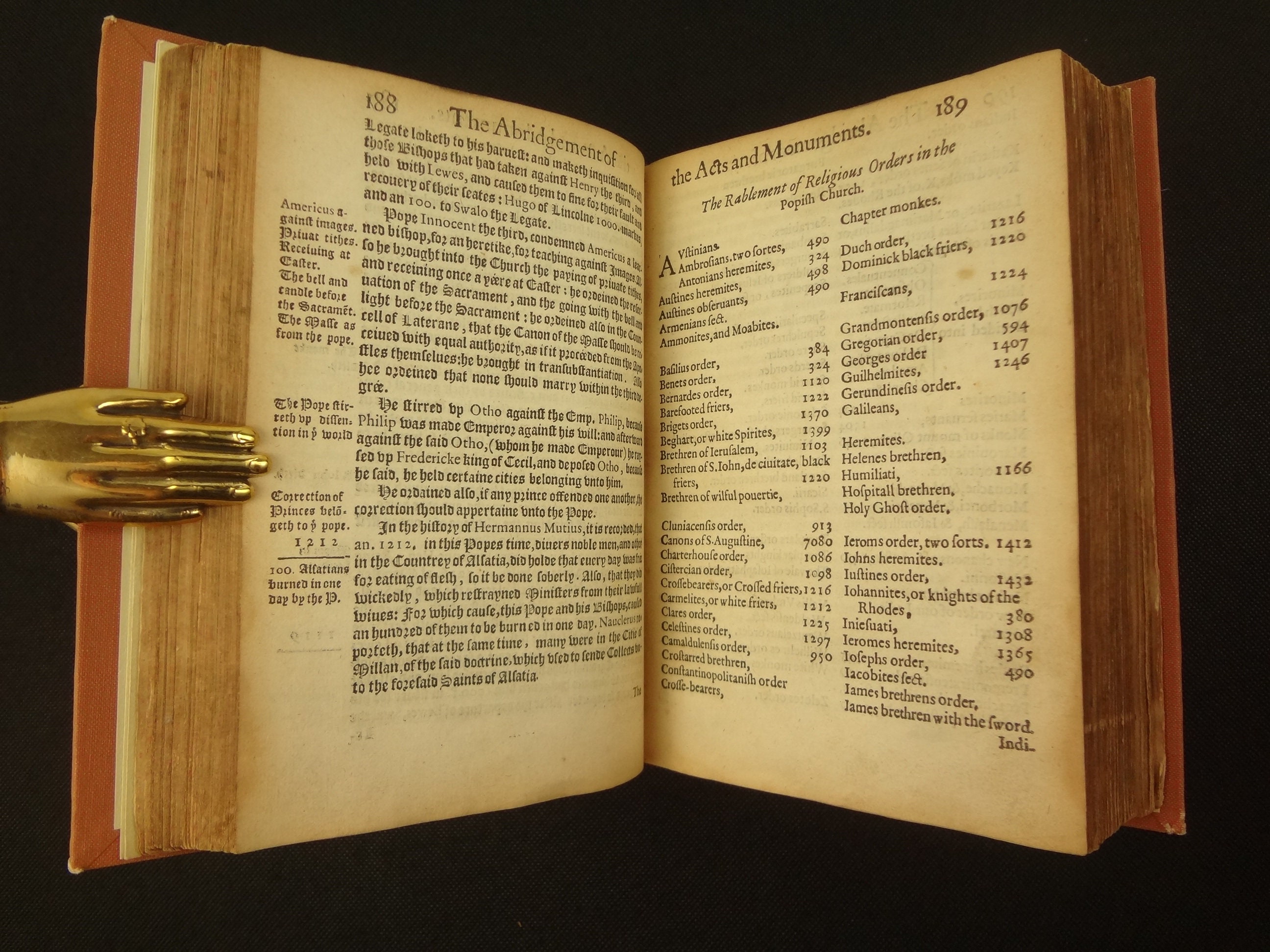 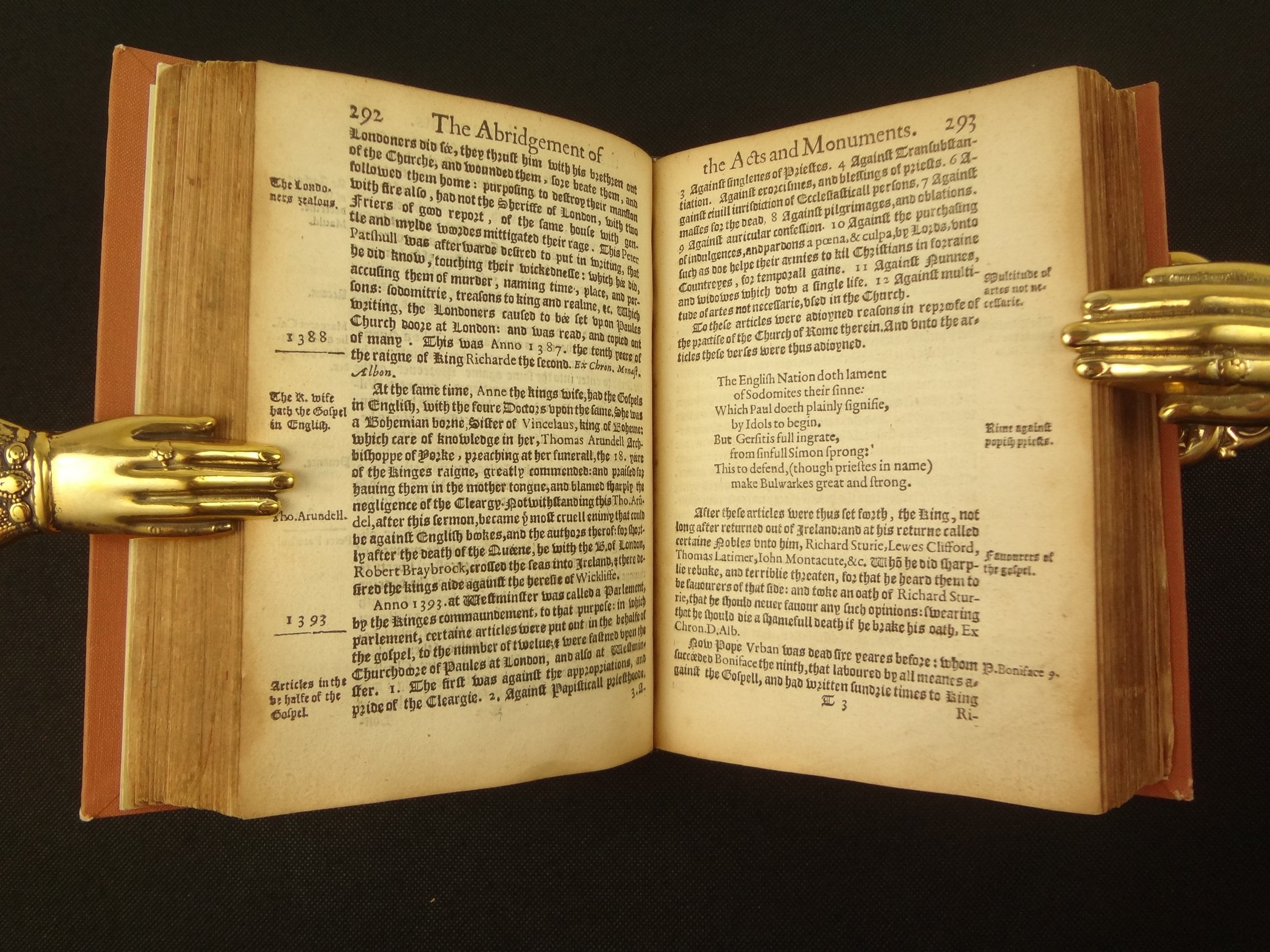 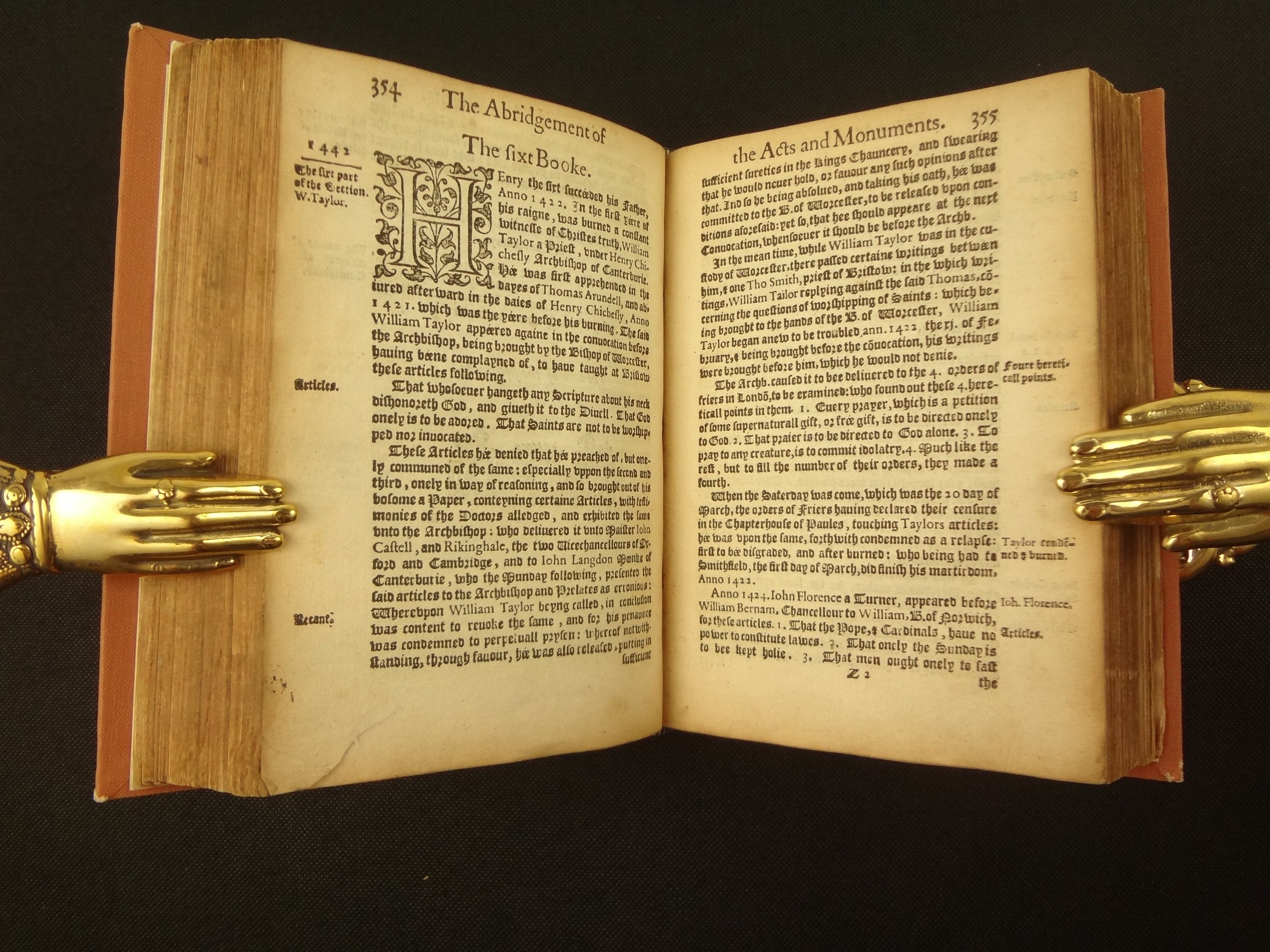 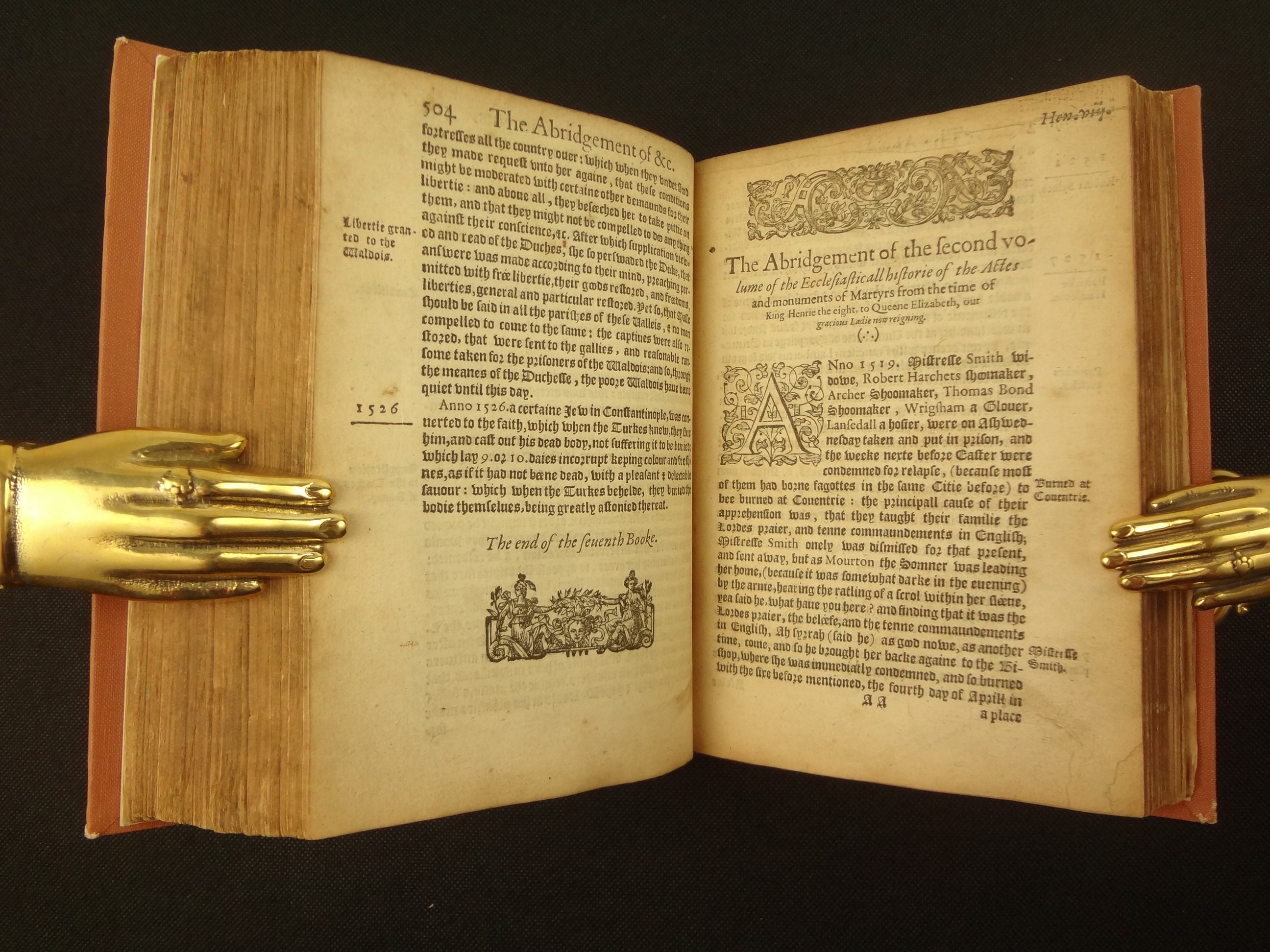 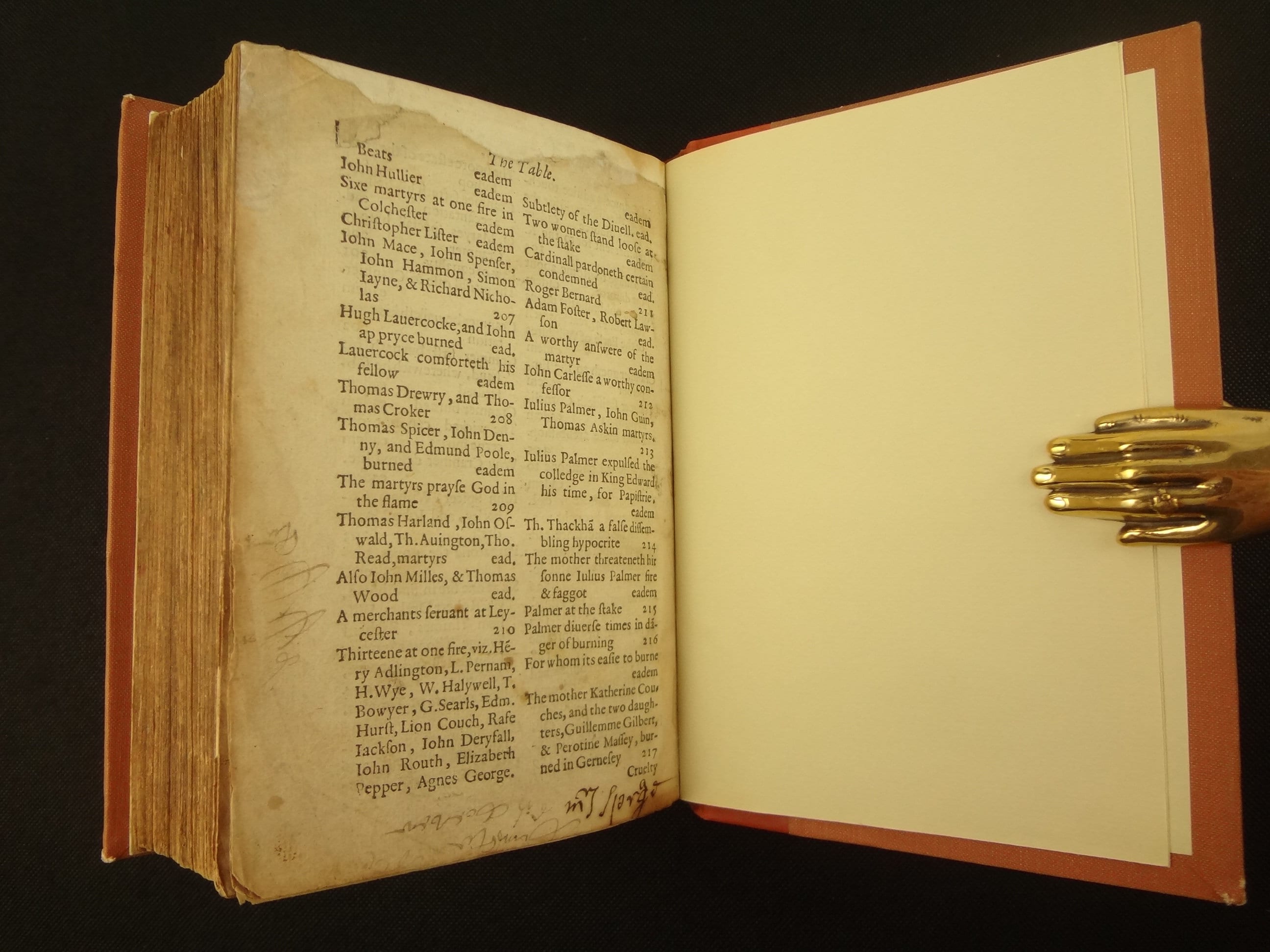 1589 Abridgement of the Booke of Acts and Monumentes, John Foxe (Book of Martyrs)

The first abridged edition of John Foxe's Booke of Acts and Monuments of the Church... often referred to as The Book of Martrys. Timothy Bright abridged Foxe's work and published this in 1589.

Bright writes that his intention for this abridged version is, "for such as either through want of leysure, or abilitie, have not the use of so necessary an history". This is a note on the title page, which is missing from this edition.

This copy is missing its preliminary leaves (eight leaves), eight leaves in the text, and three leaves of index. But it is a 16th century English printing of one of the most important works in the Christian library.

This copy also with some provenance. The Bysshopp family, Thomas, Martin and Humfrey, signed their names to the margins. The Rugby School, and its Assistant Master Matthew Bloxham applied their ex libris plates to the front endpapers.

John Foxe (1516/1517 – 1587), an English historian and martyrologist, was the author of Actes and Monuments (otherwise Foxe's Book of Martyrs), telling of Christian martyrs throughout Western history, but particularly the sufferings of English Protestants and proto-Protestants from the 14th century and in the reign of Mary I.

The first edition was printed in 1563. The book was produced and illustrated with over sixty distinctive woodcut impressions and was to that time the largest publishing project ever undertaken in England. Their product was a single volume book, a bit over a foot long, two palms-span wide, too deep or thick to lift with only one hand given it exceeded 1500 pages, and weighing about the same as a small infant.

This edition - The first abridgment appeared in 1589. Offered only two years after Foxe's death, it honoured his life and was a timely commemorative for the English victory against the Spanish Armada (1588). Timothy Bright's tight summary of Acts and Monuments headed a succession of hundreds of editions of texts based on Foxe's work, whose editors were more selective in their reading. Based with greater or lesser degrees of exactitude on the original Acts and Monuments, yet influenced always by it, editors continued to tell its tale in both popular and academic venues (although a different tale was told to each gathering).

English Short Title Catalogue number - S102503. Not rare, held at many of the world's best libraries.

See pictures. Fresh binding, but still with a little wear at the edges. Ex libris plates on endpapers.