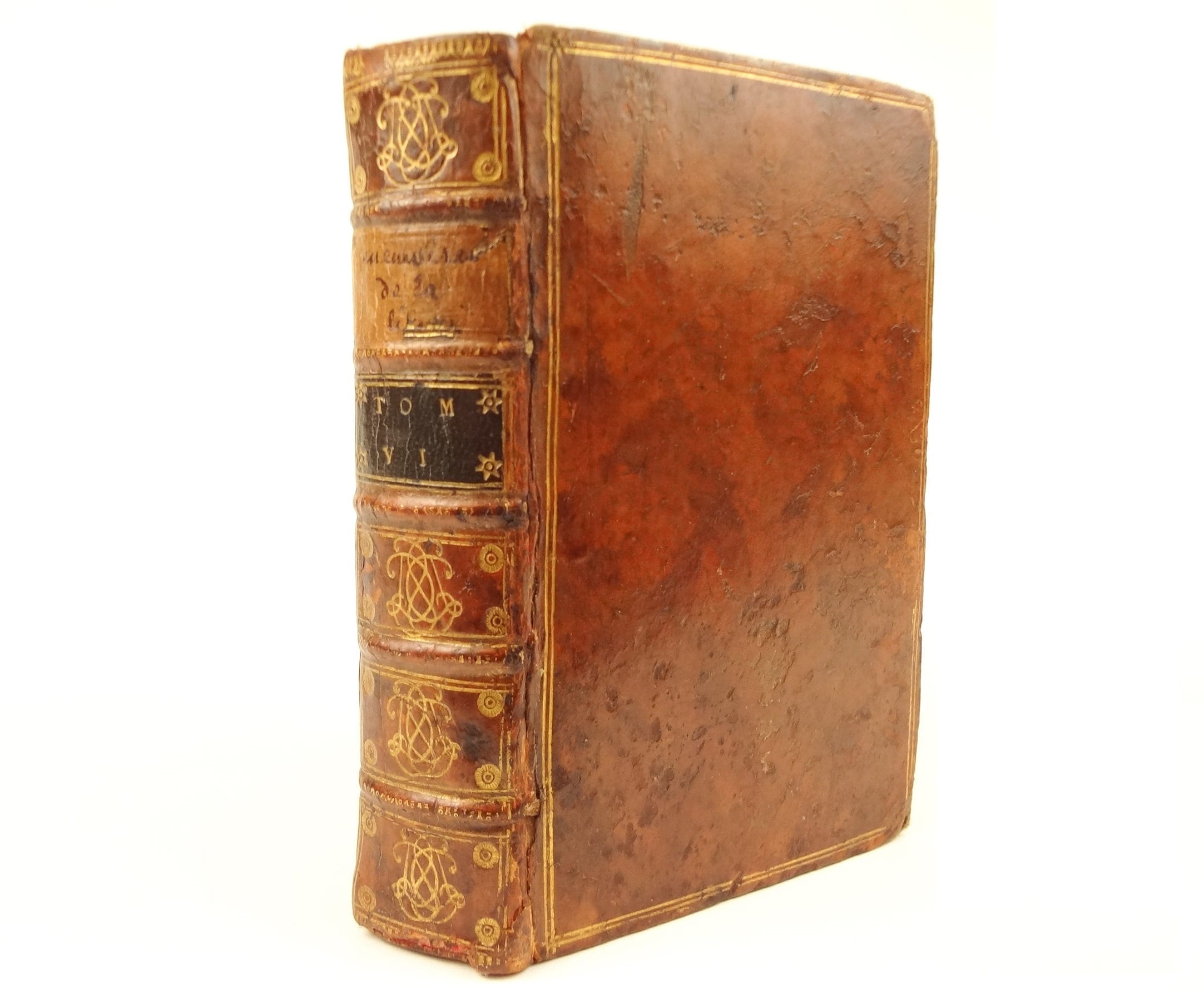 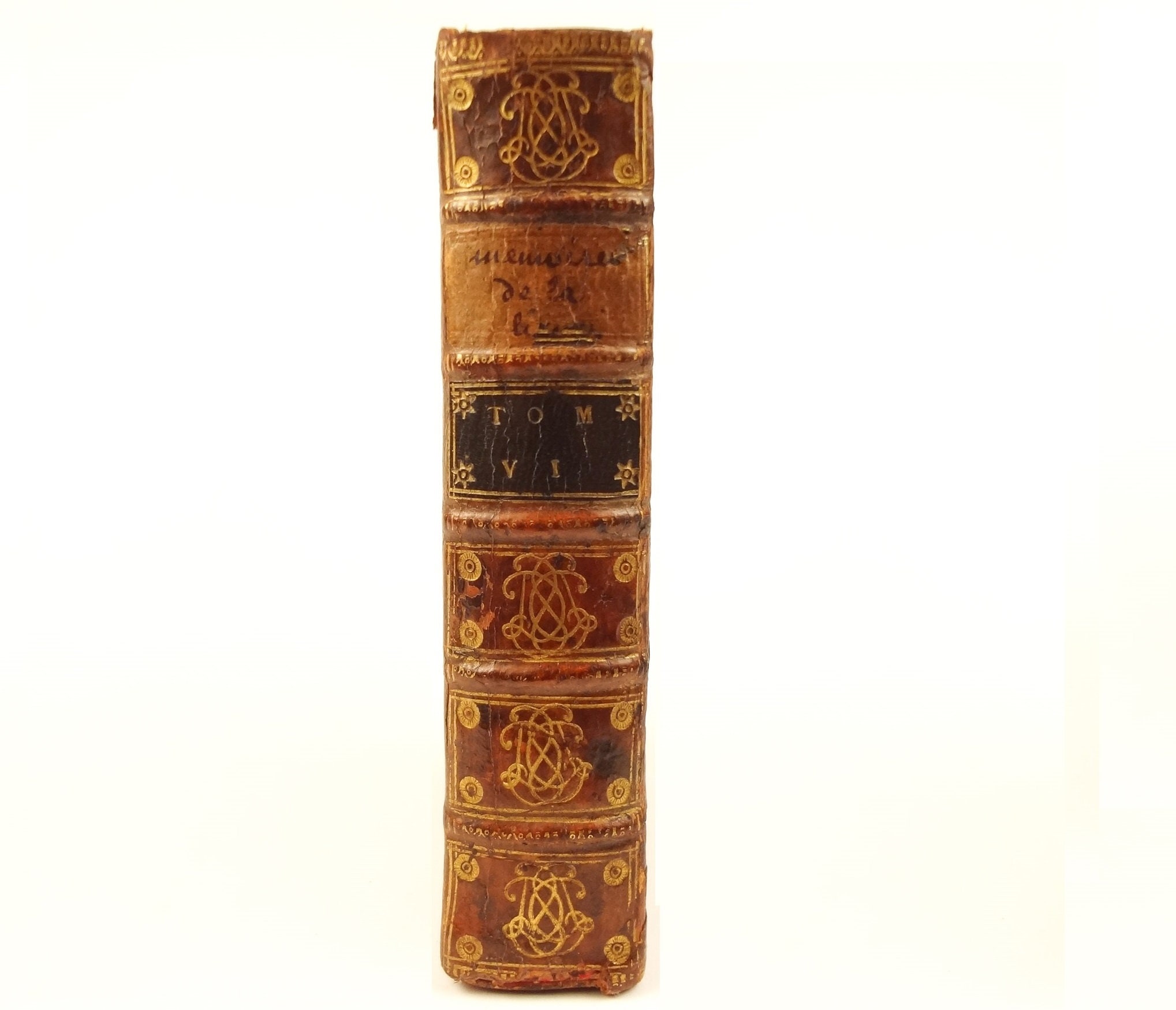 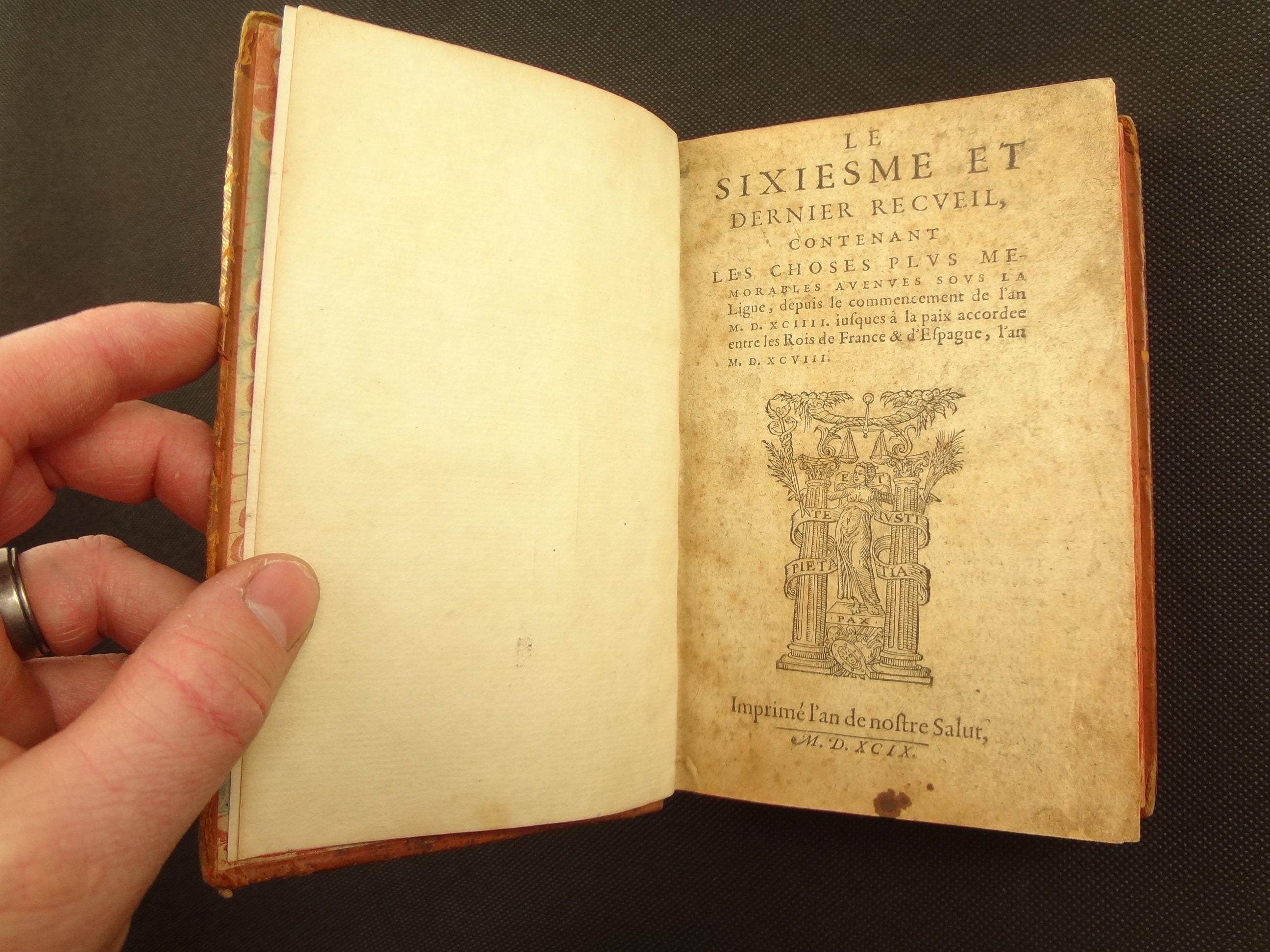 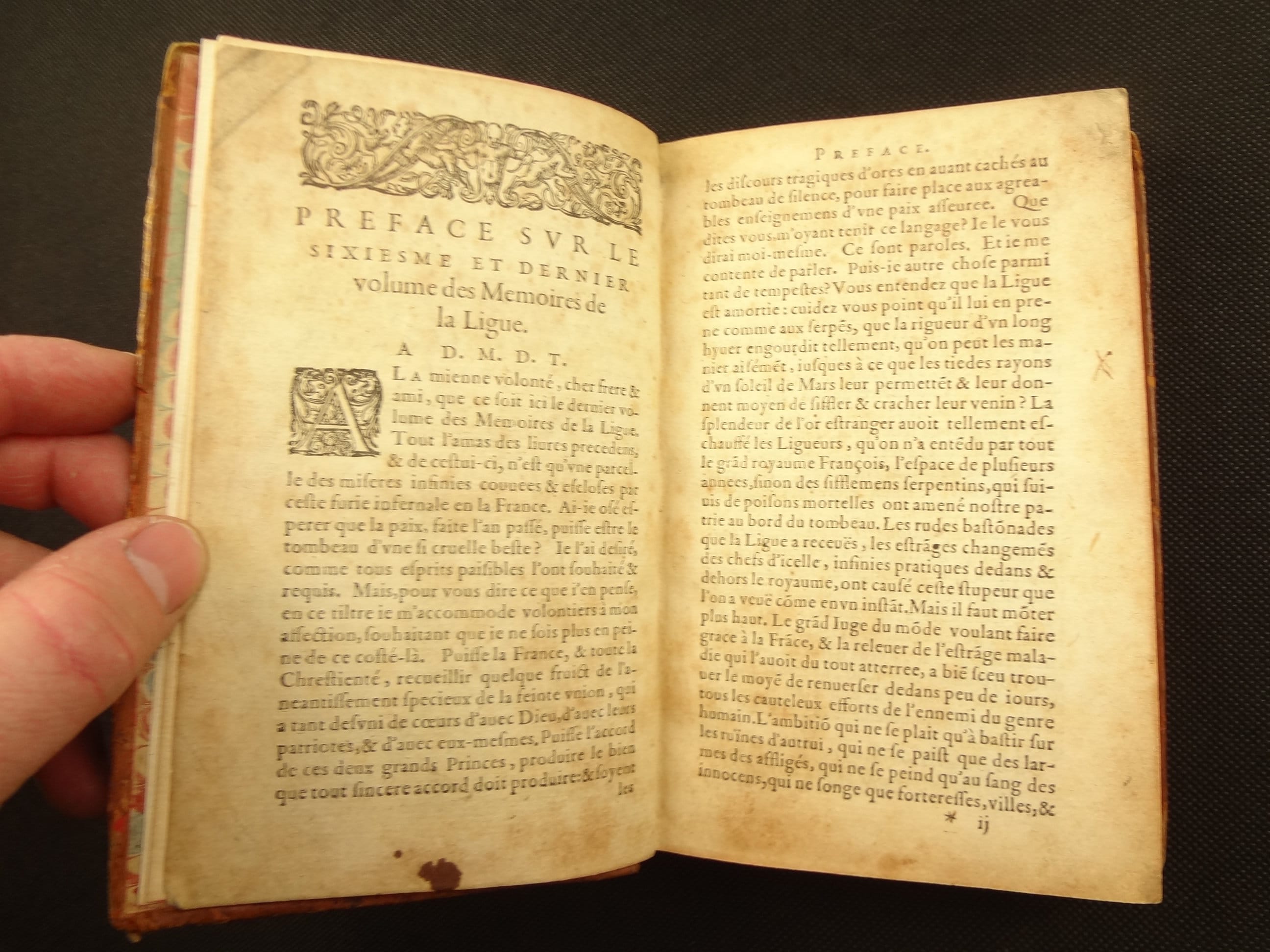 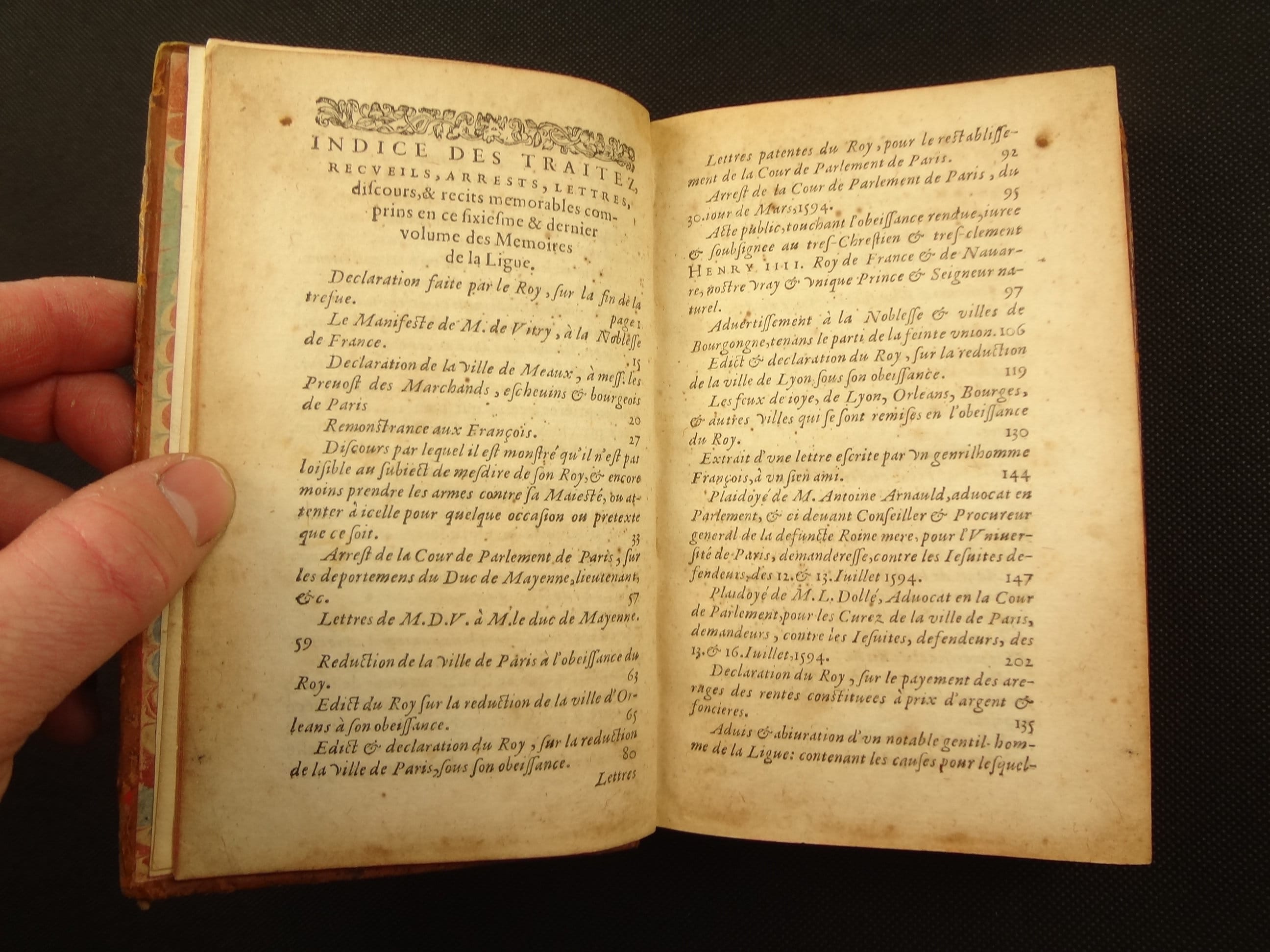 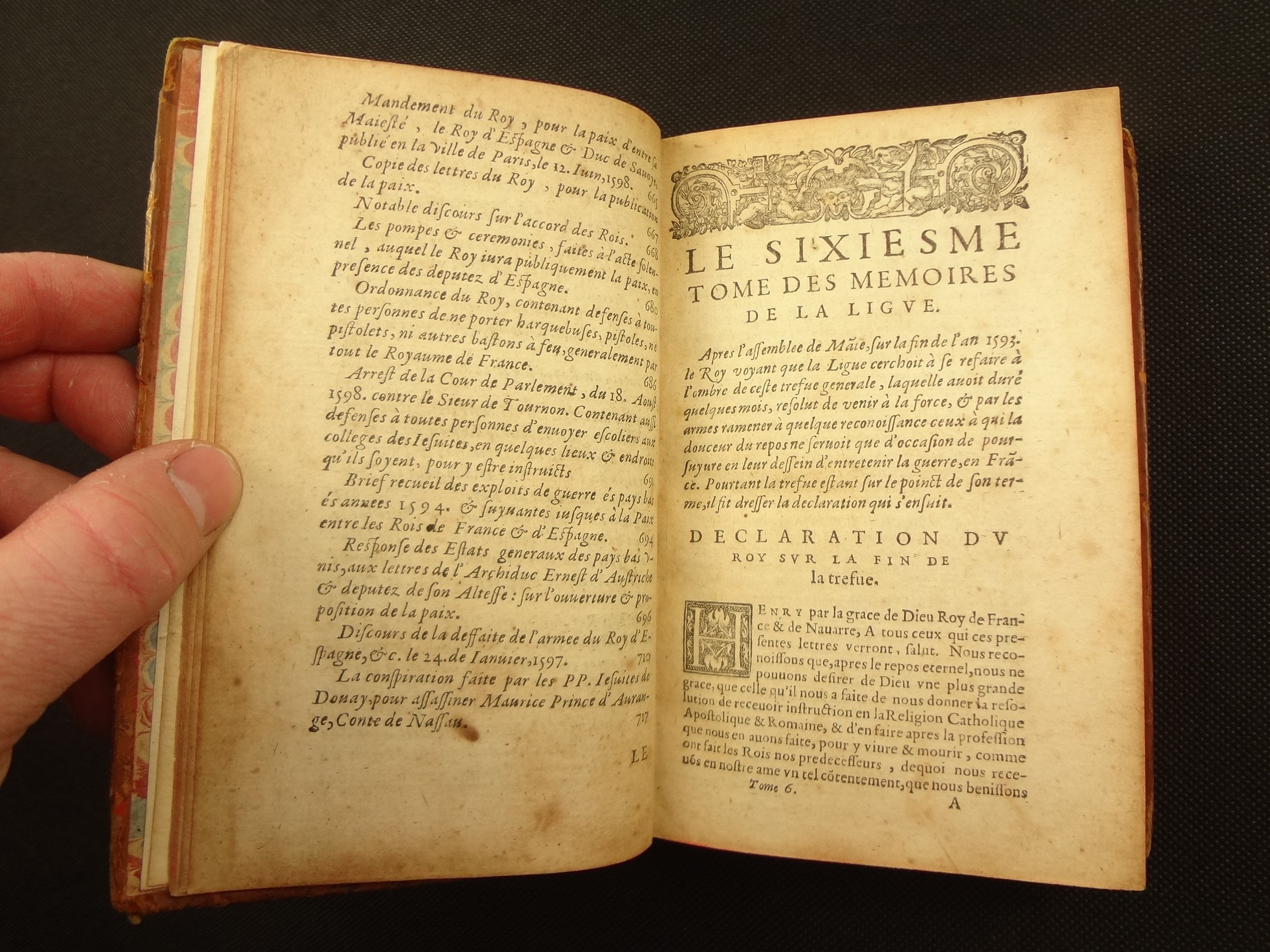 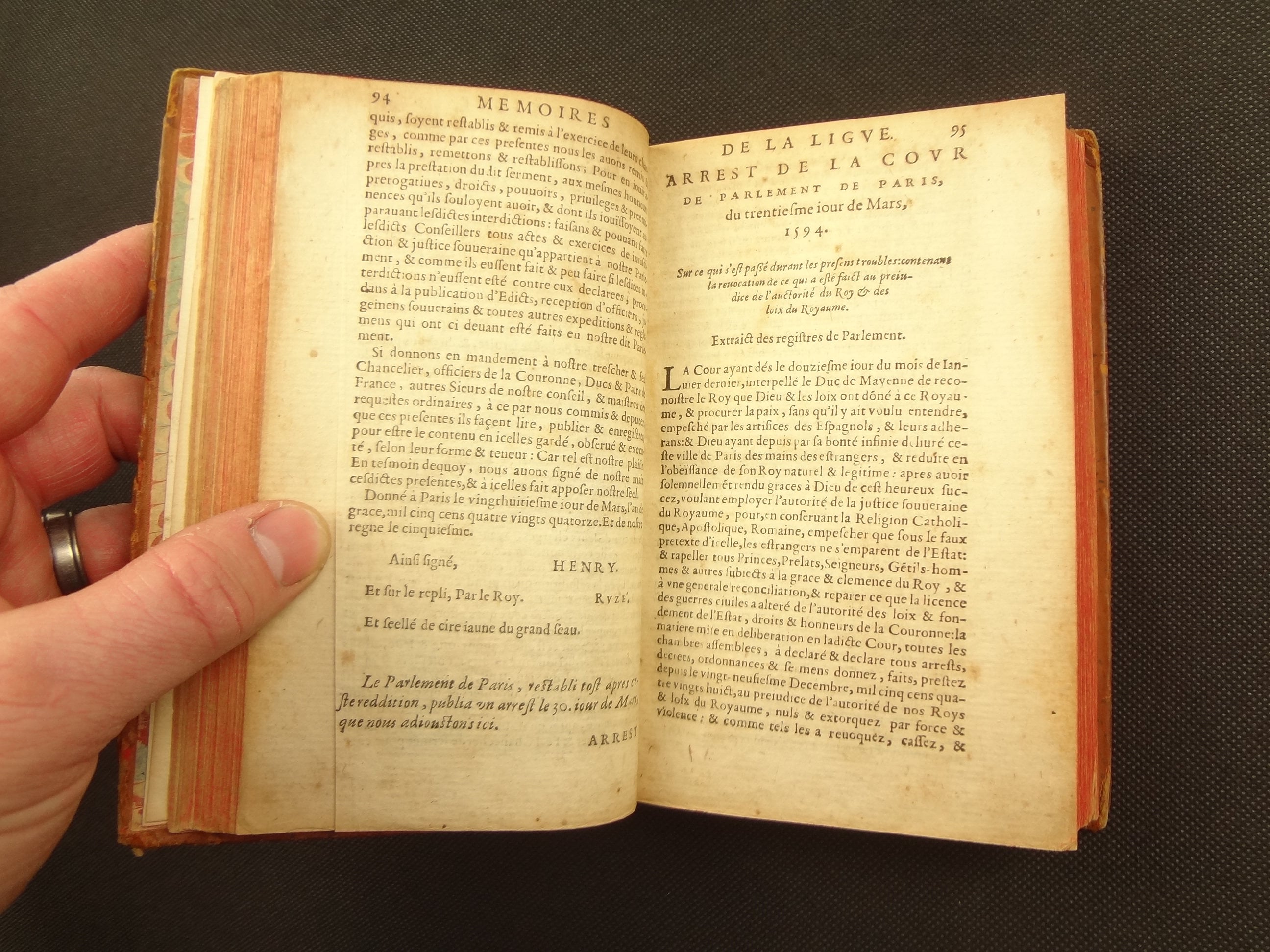 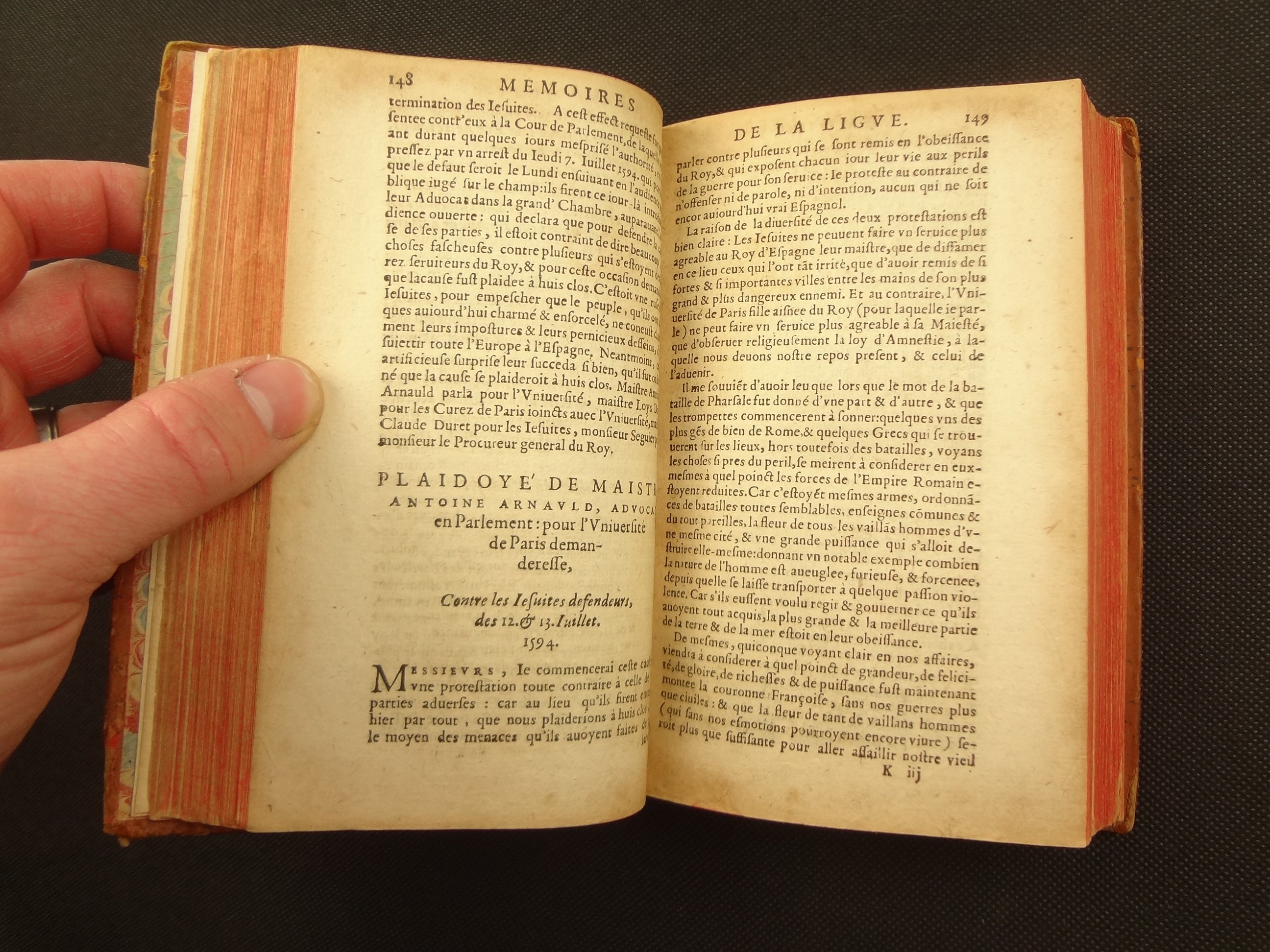 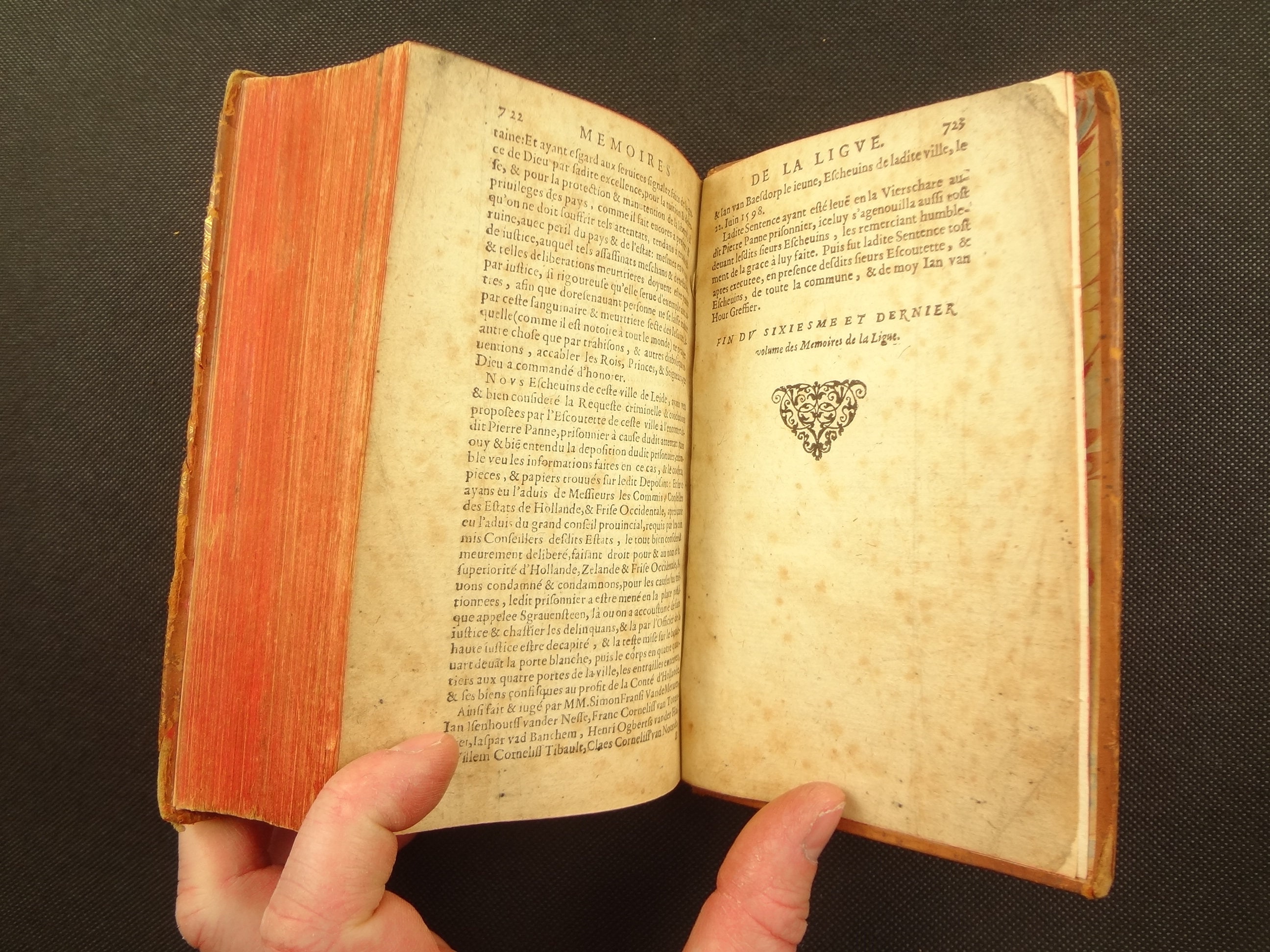 The last and final work, the sixth book released in an ongoing series covering the Wars of Religion, this book documenting the final years from 1594 to 1598. This book includes concludes with the Edict of Nantes, issued by King Henry IV (Good King Henry), which guaranteed religious liberties to Protestants. When I bought this work I had aspirations to research the monogram on the spine, but my schedule has not allowed it (it is a fabulous example of a monogram though). The publisher must have had some fear of printing this work as the title page is unclaimed, proclaiming only that it was printed in the year of thanks (1599); dangerous times.

See pictures. Front joint cracked (cords and endpaper good, and holding front board well). Shelf wear, rubbing, etc., slight loss at top and bottom of spine, general overall vintage patina to boards. Some soiling, toning and occasional foxing throughout. I found only one "x" written in the margin of the preface, and no tears.