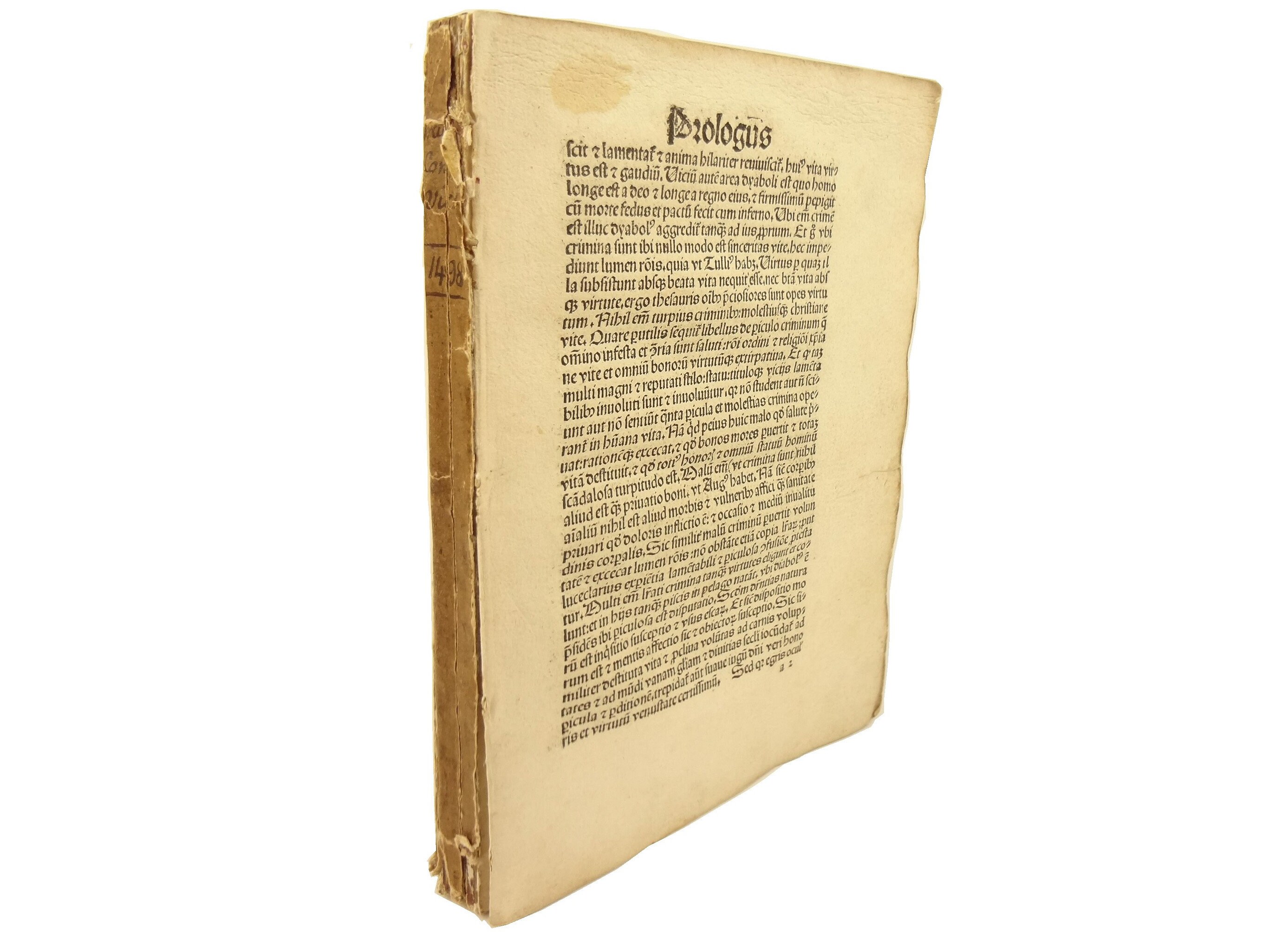 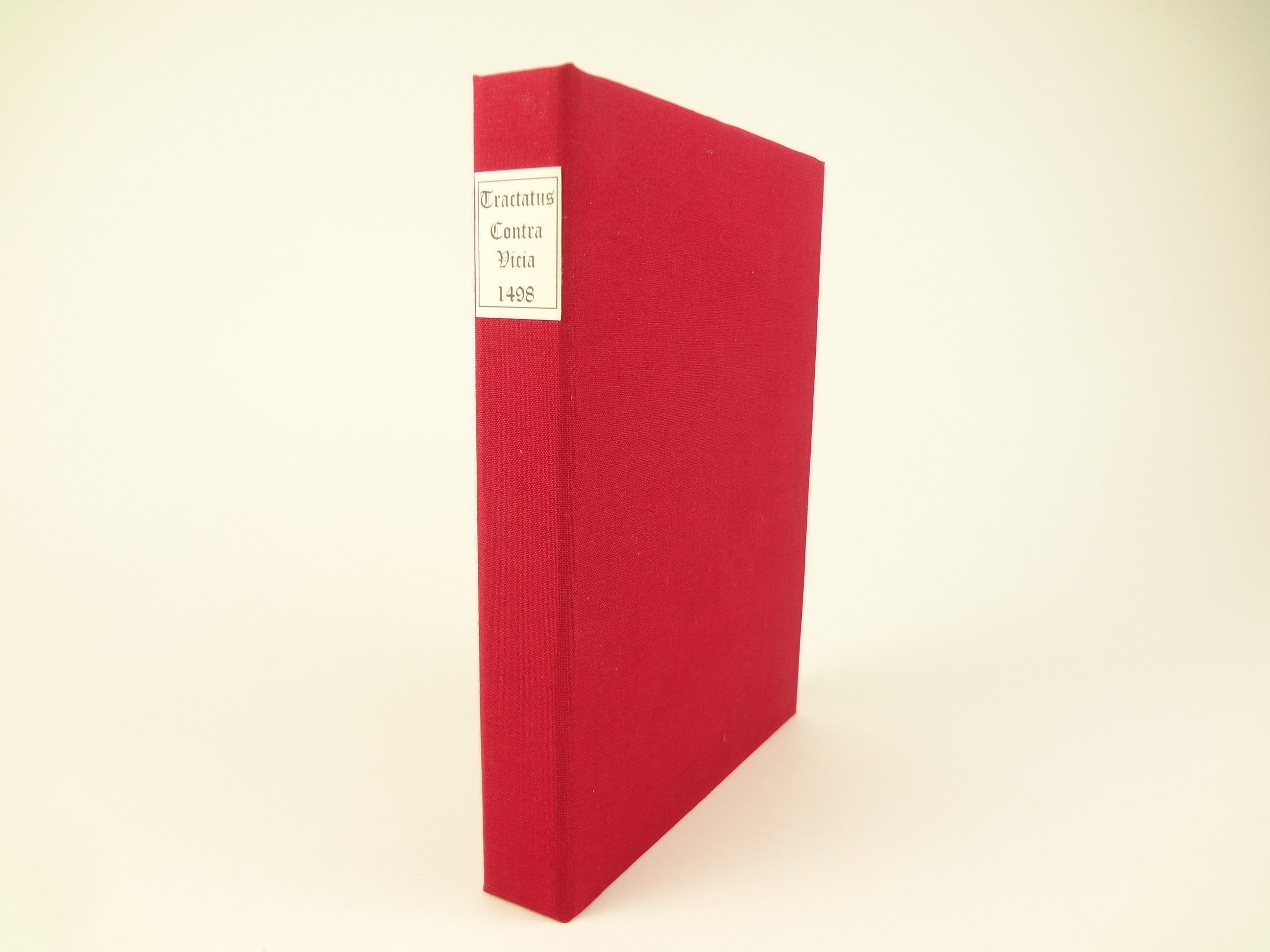 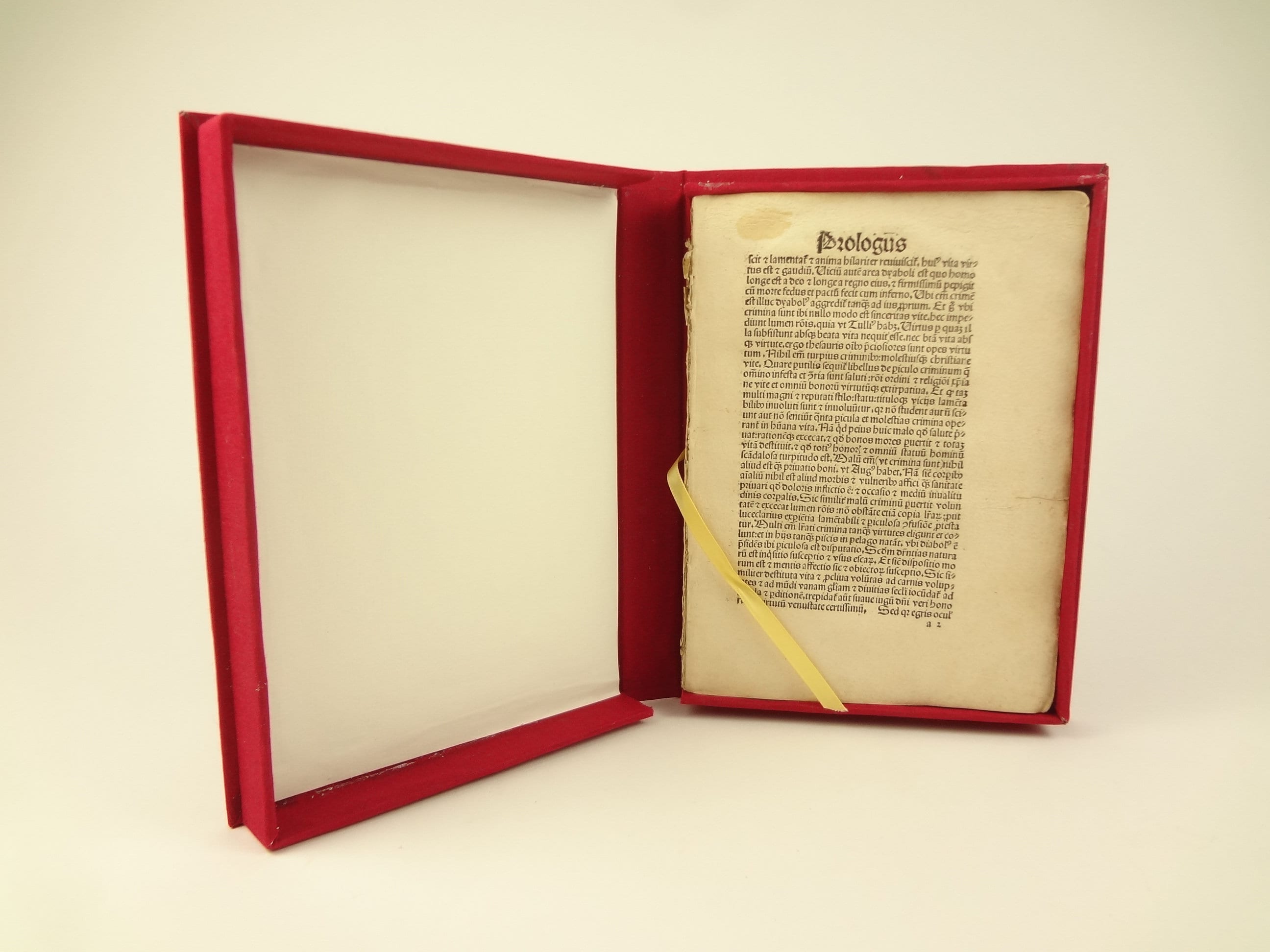 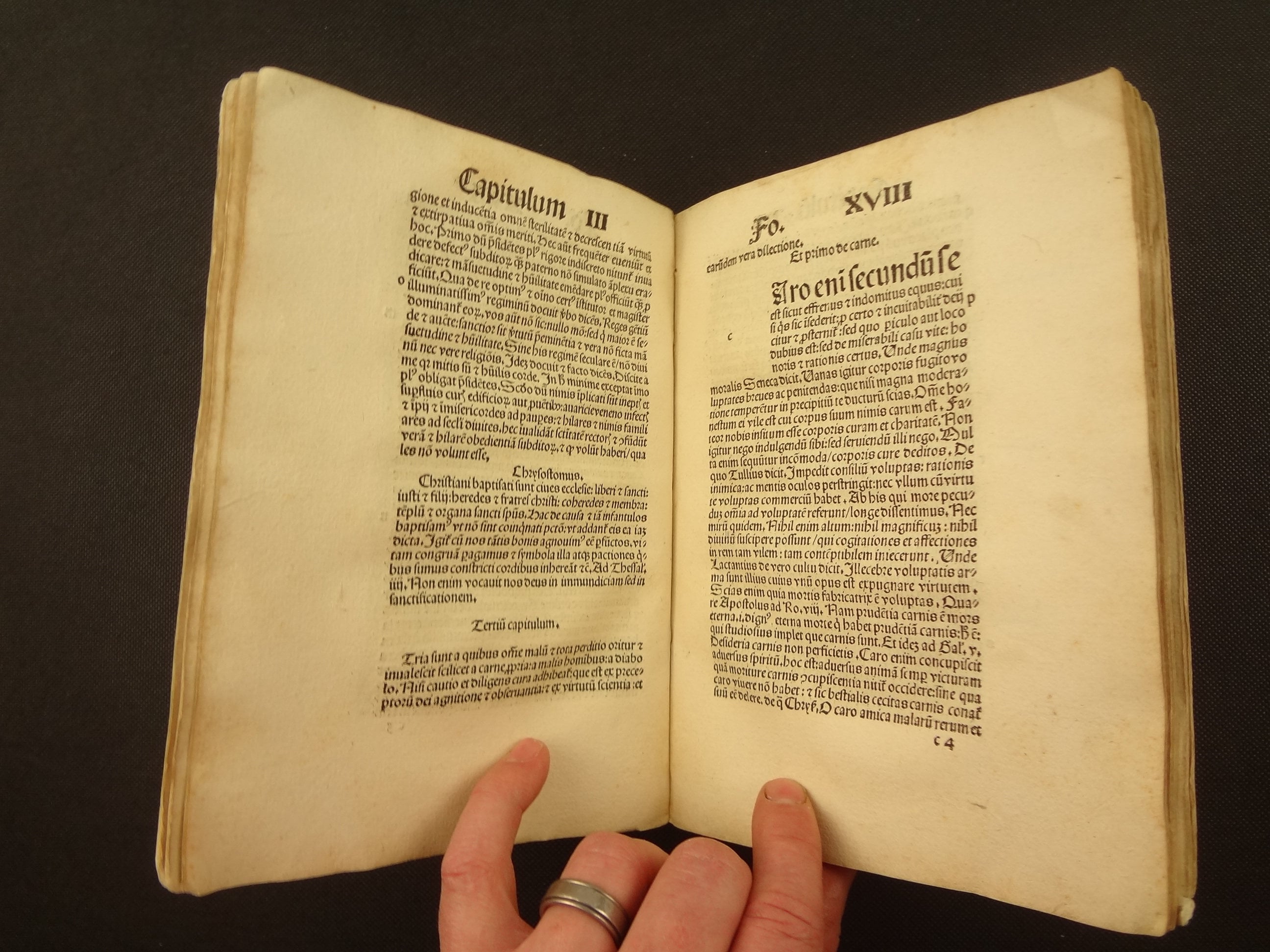 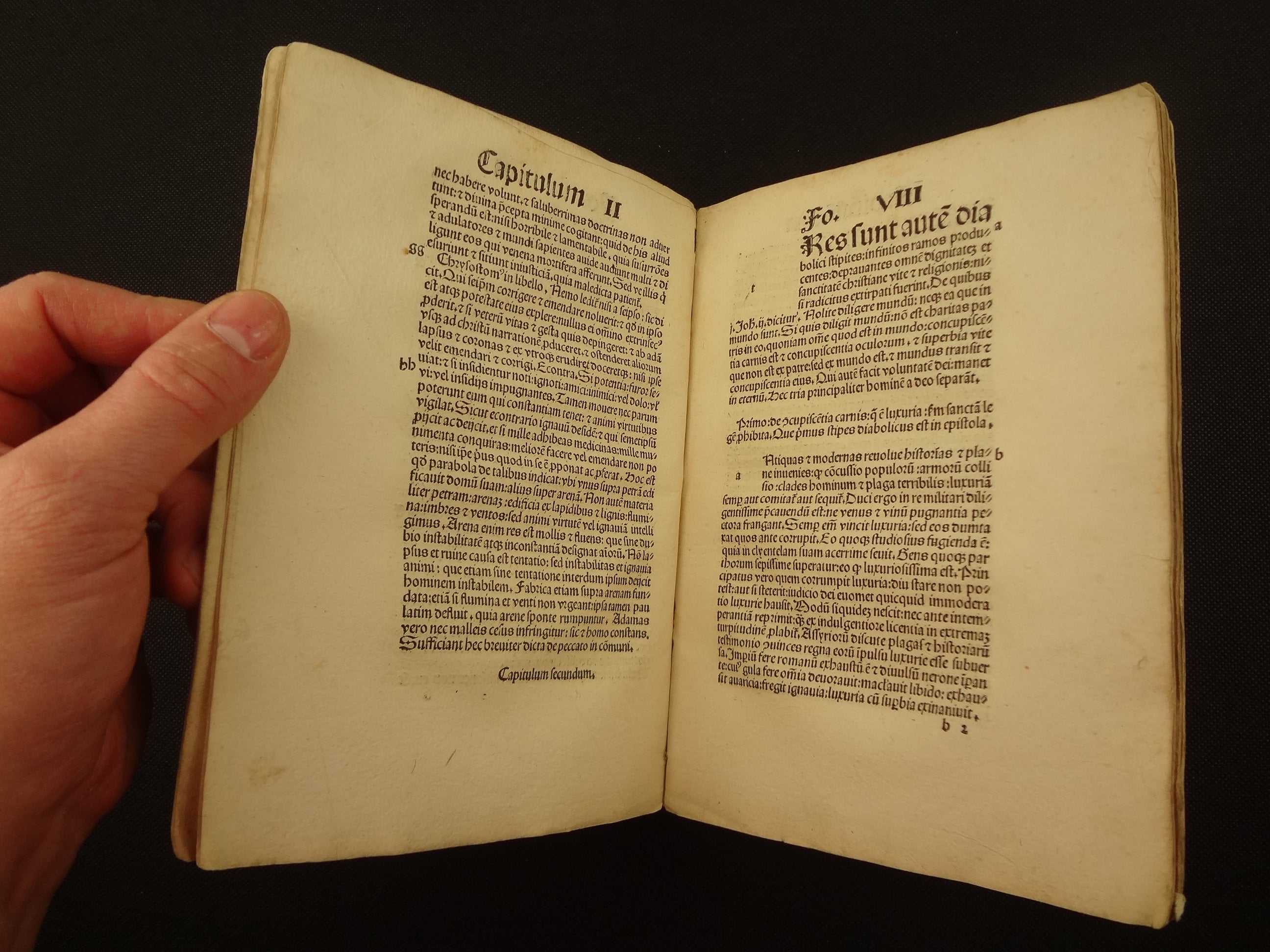 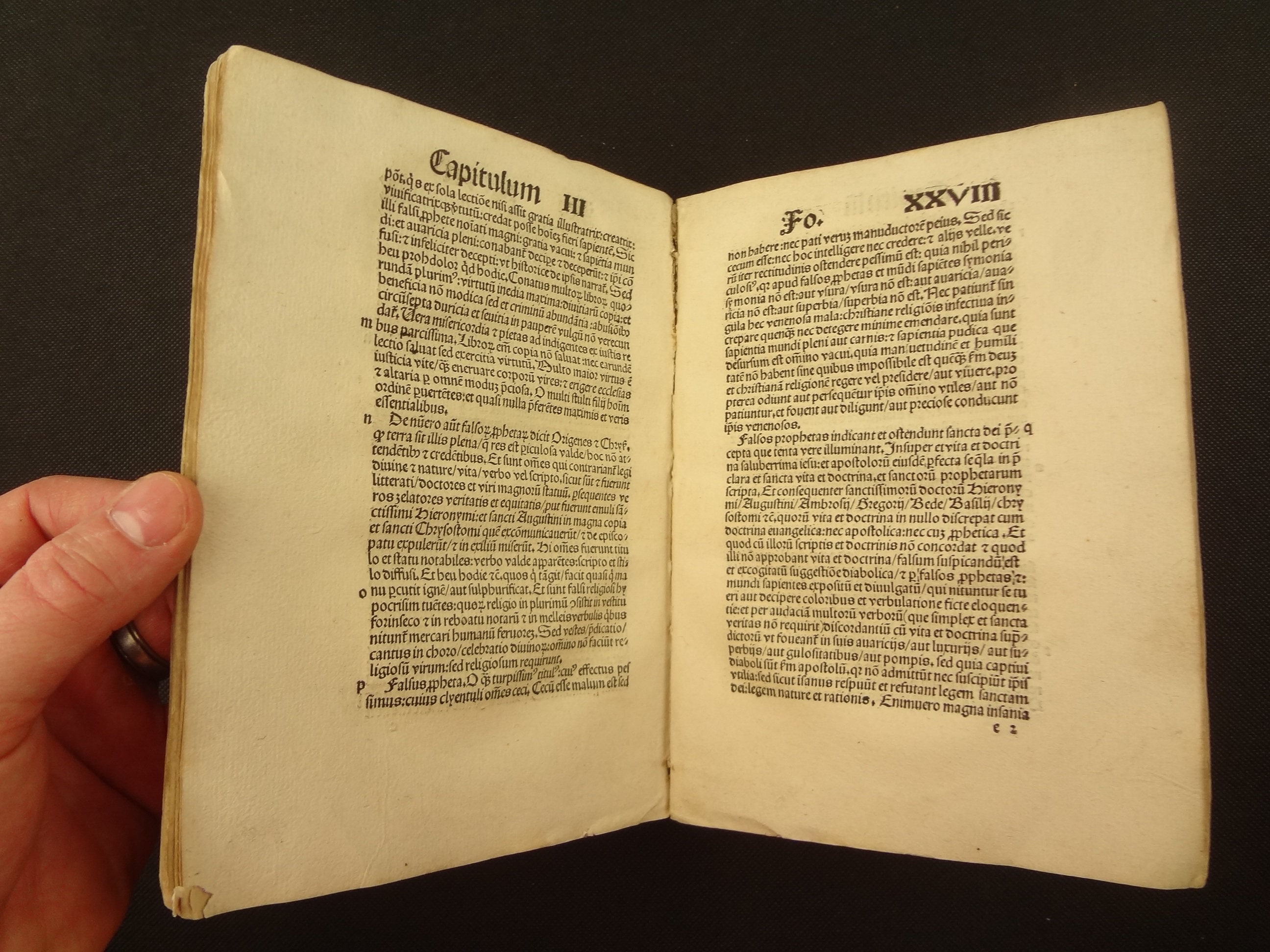 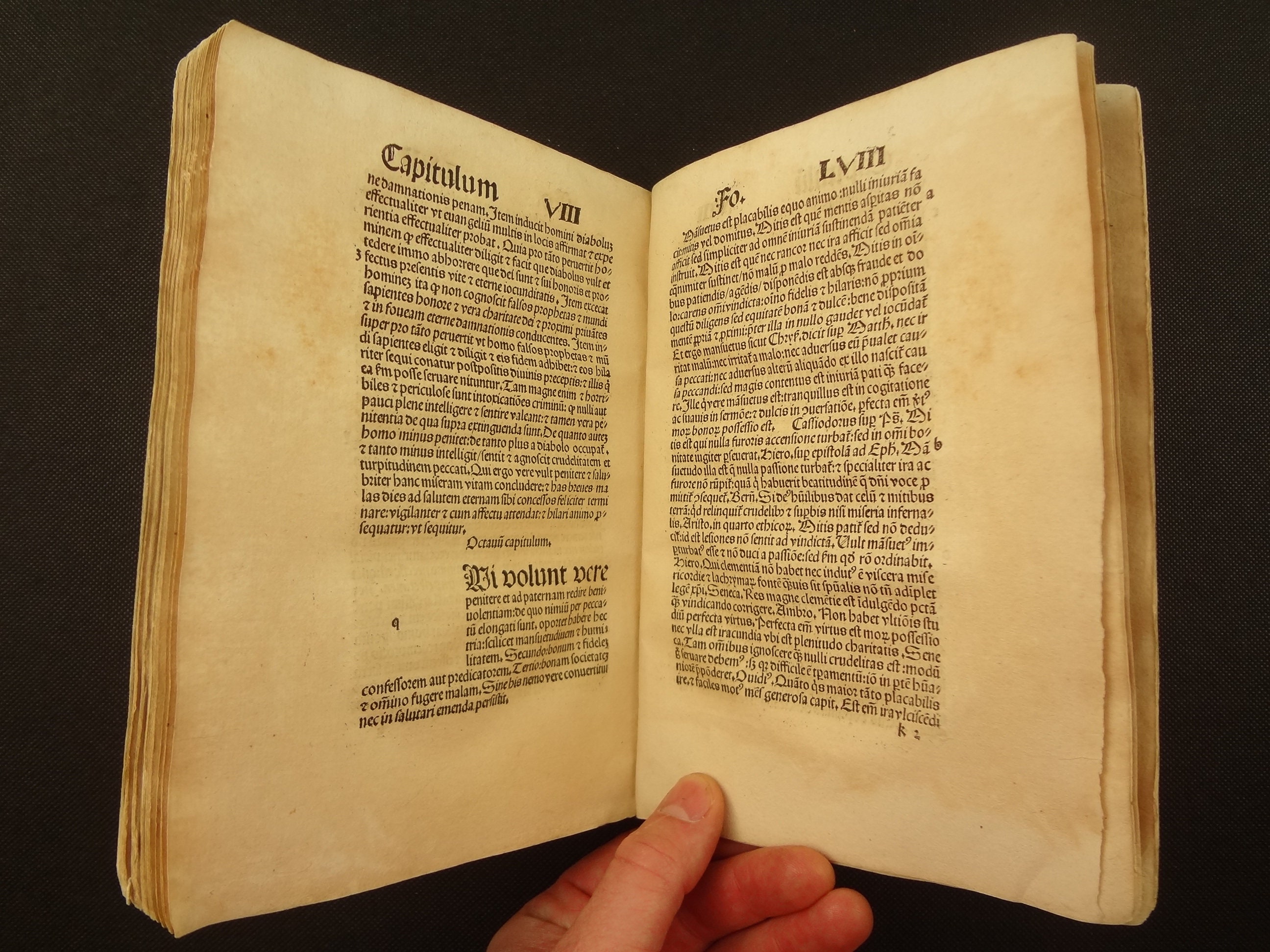 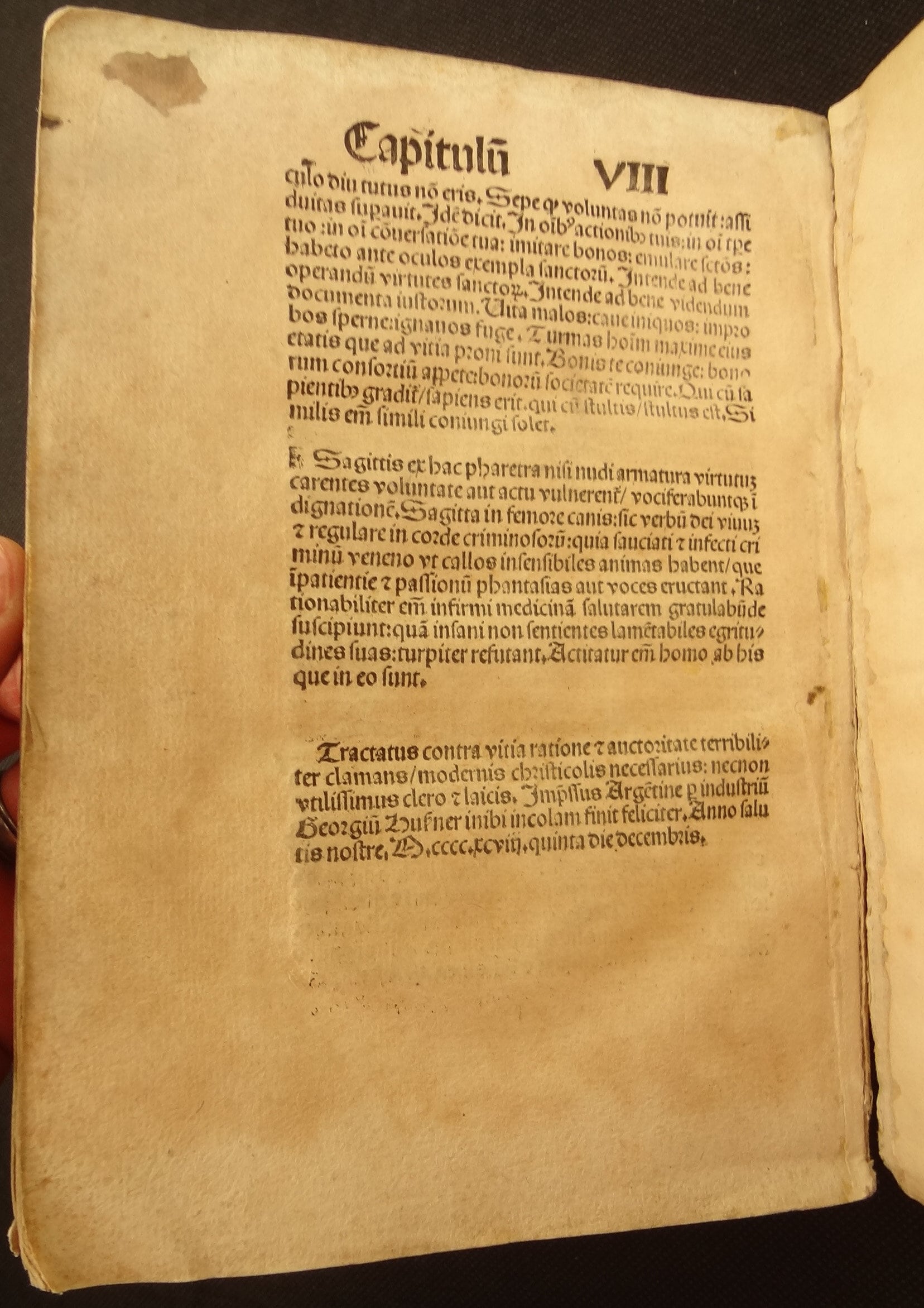 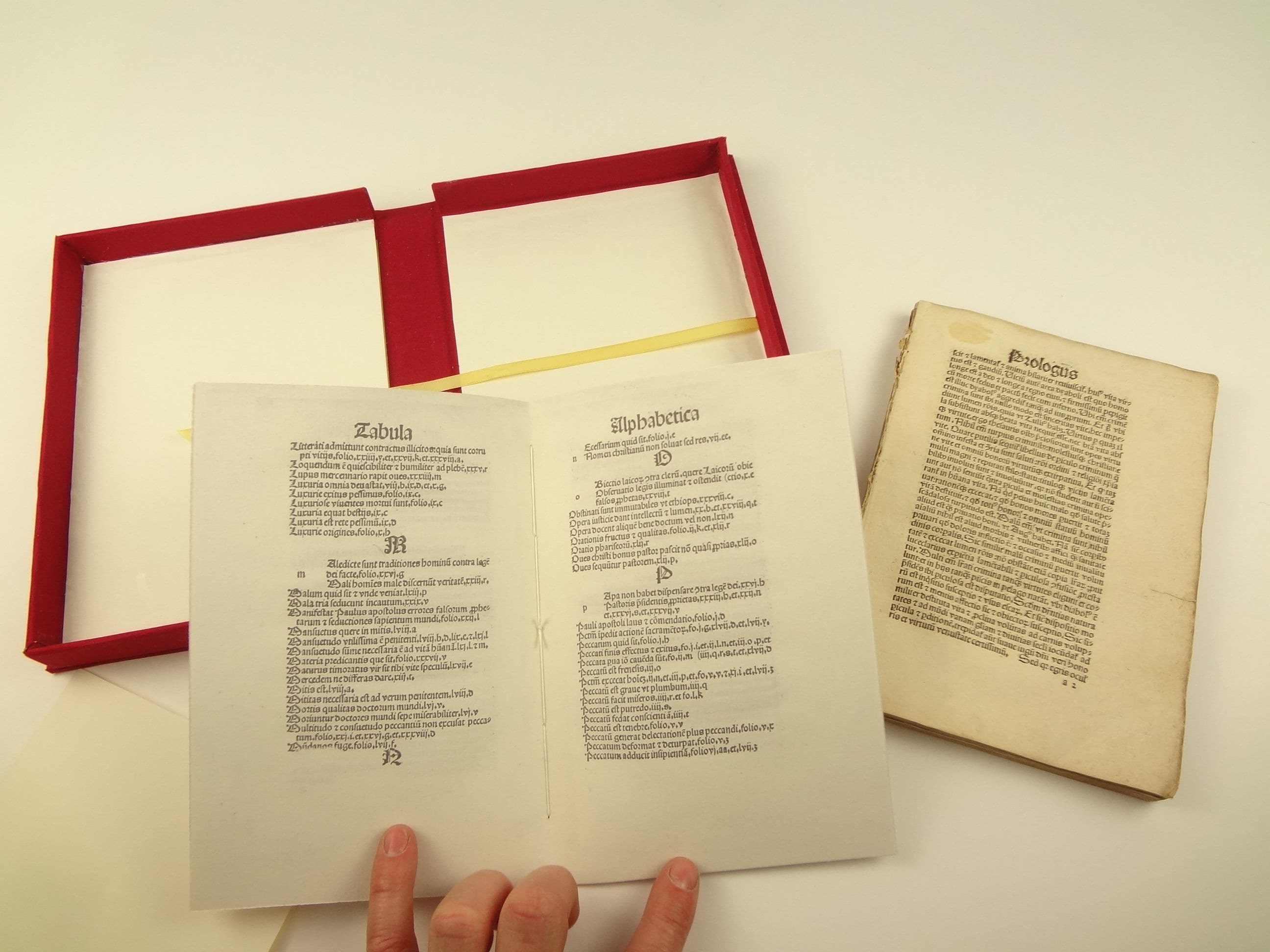 Eight sermons/chapters against vices, printed by Georg Husner in 1498 (Strassburg). Incunable. Author unattributed and unknown. This copy is missing its index and 1st prologue page, but they are supplied in facsimile.

The book is protected in a clamshell box, made to fit; with a ribbon for withdrawing the work.

"Georg Husner, who became a citizen of Strassburg by marriage in 1470, put his name (with that of Beckenhub) to one printed book in 1473, and (without Beckenhub) to two in 1476. The only other book signed by him at present registered is the Tractatus contra vicia, completed 5 December, 1498 (IA. 2367). There was enough anonymous printing done at Strassburg to keep several presses busy, and if Husner only signed three books at the beginning, and one at the end of his career, he may, during a long period, have been active as a printer without signing any at all." - Catalogue of Books Printed in the British Museum, 1908

Supplied in facsimile are the frontis, index, and 1st page of the prologus (what would be directly the left of what is seen beginning the 1498 edition for sale); bound into an octavo format matching in size and similar in paper weave.

See pictures. Front board missing. Index and first leaf of "Prologus" also missing, but supplied in facsimile. 1st quire shaken (holding in by topmost cord). Occasional yellow spots and/or thumbing throughout. Evidence of a trim (rebind; see note on leaf 54). Leaf 19, recto, has graphite annotation lines placed in right margin. Leaves 23-26 are yellowed. Leaf 31 has "Sigma" written in the recto right margin. Leaf 54 has annotations (trimmed) in the recto right margin. Leaves 57 to 63 have yellowing. Leaf 67 (but numbered LXVI) and rear blank (L8) have yellowing. Blotted "69" in upper right corner of the leaf 67; also "I" added to "LXVI" to reflect that it is the 67th leaf.