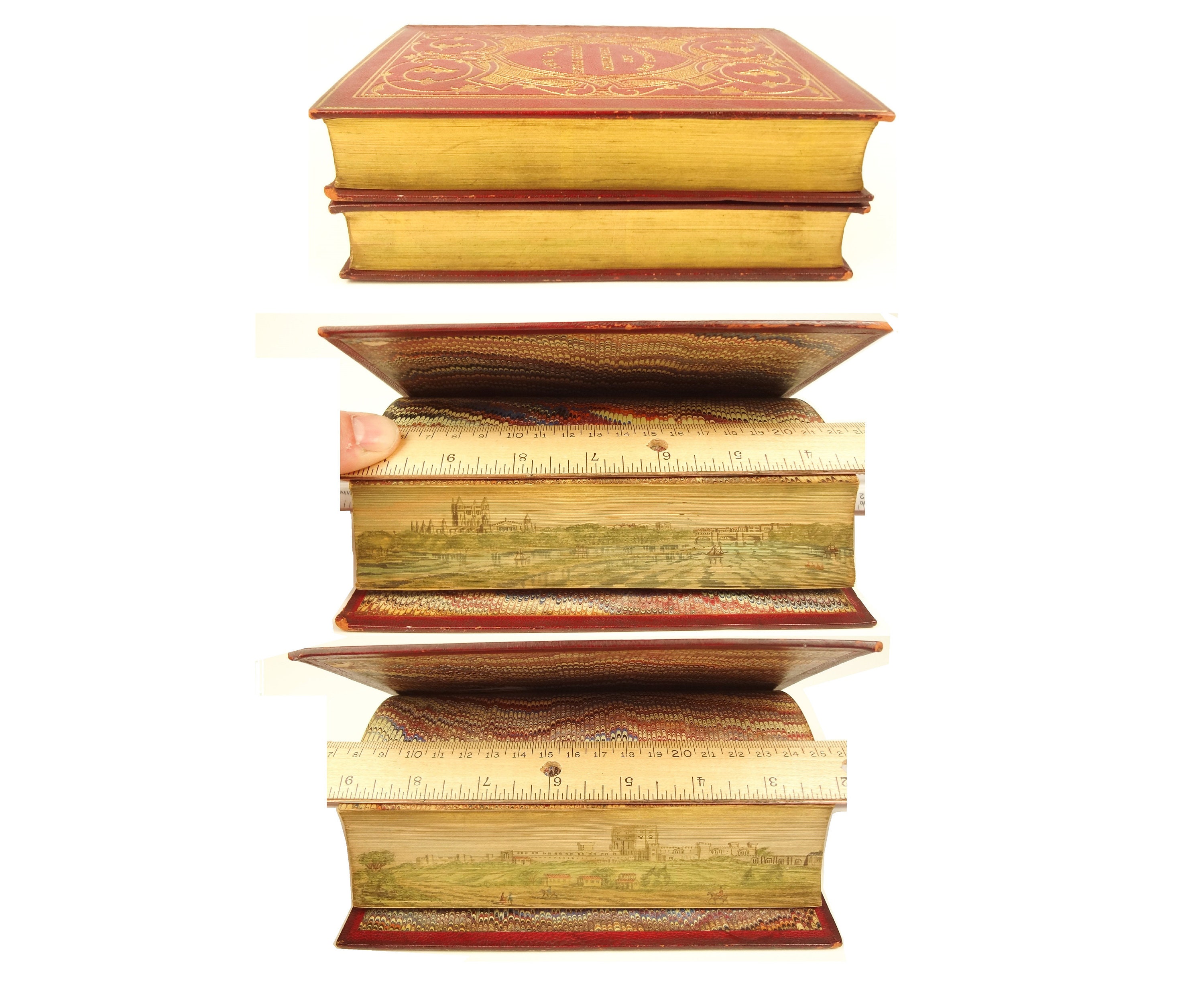 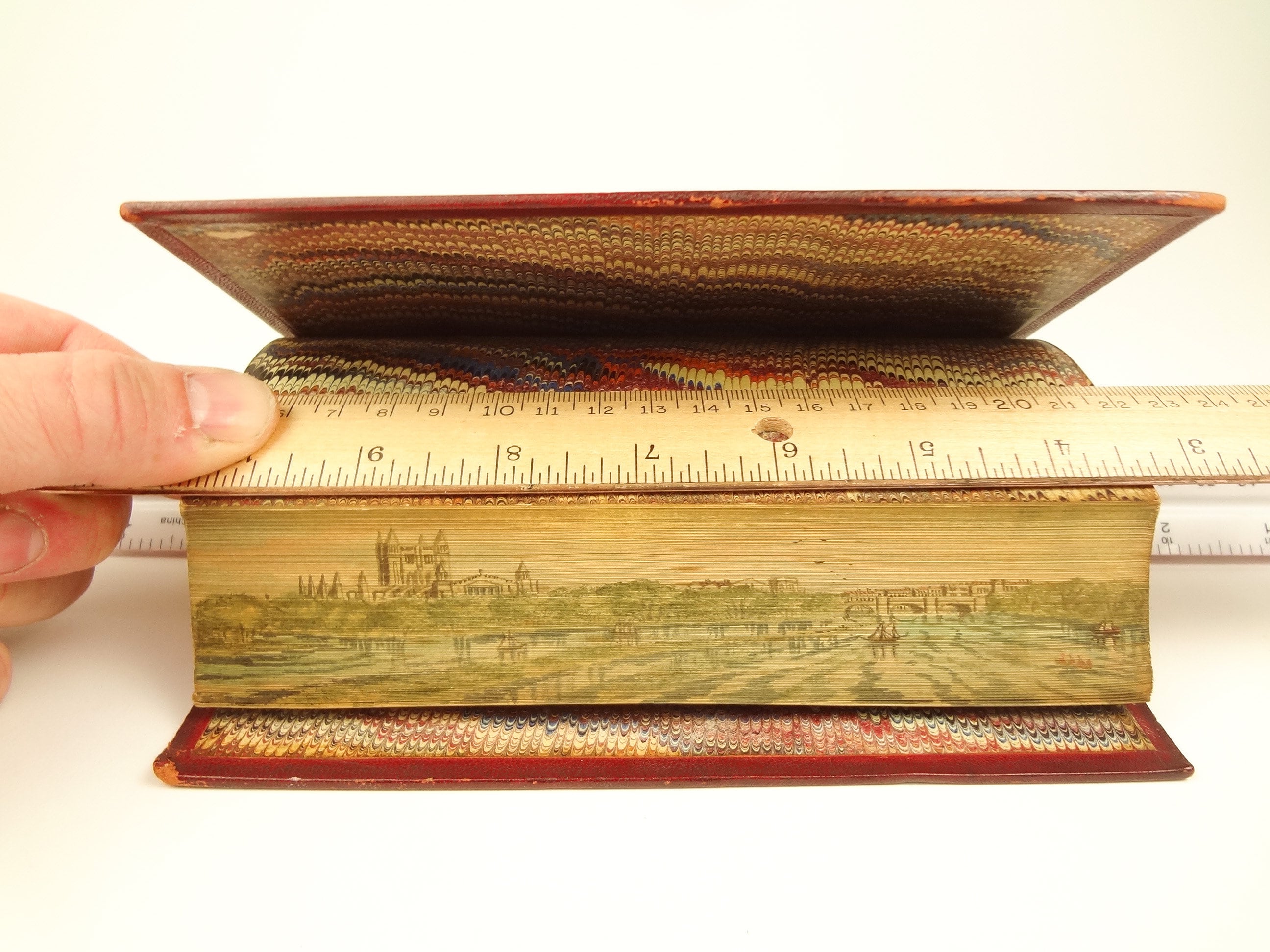 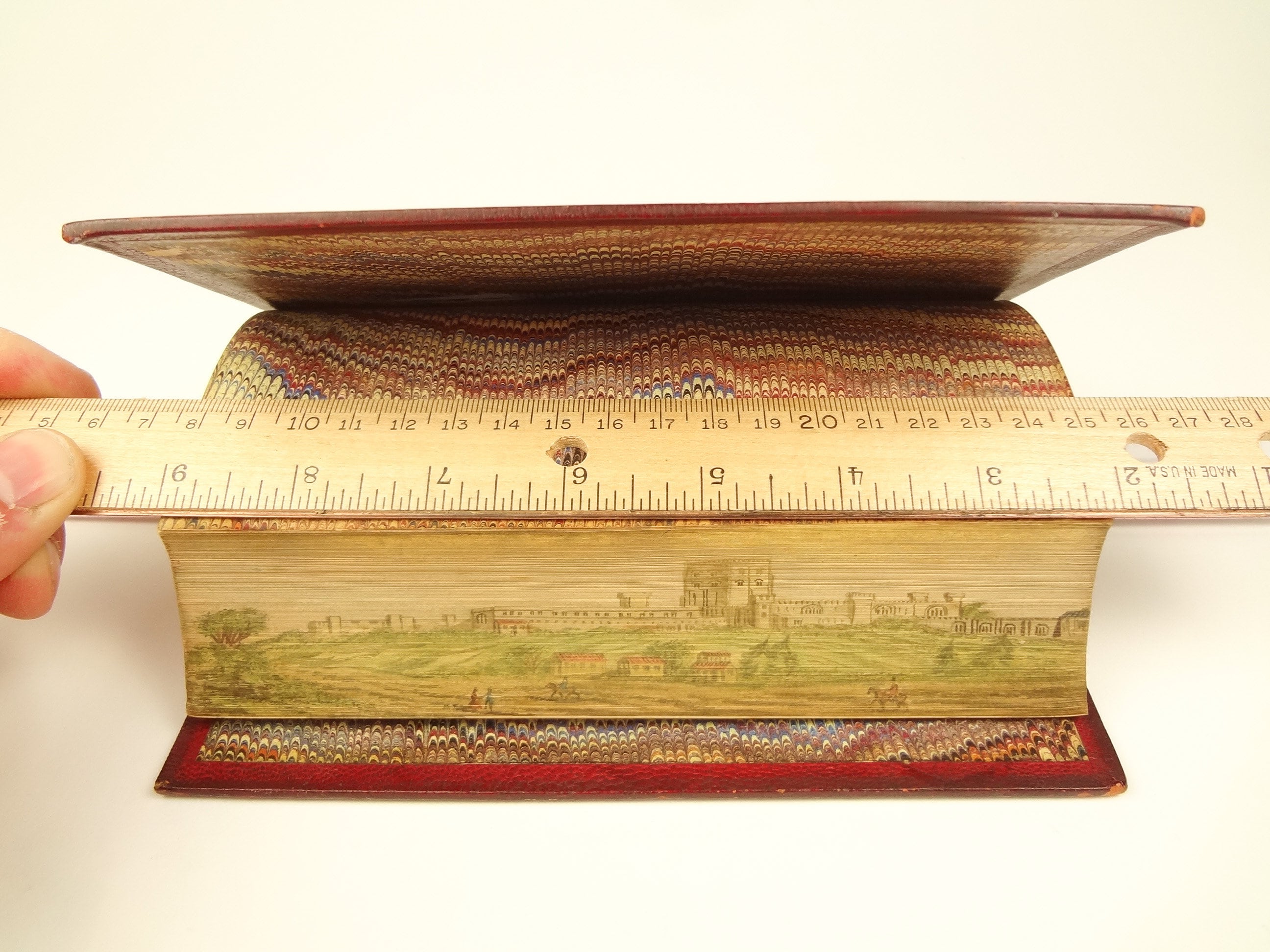 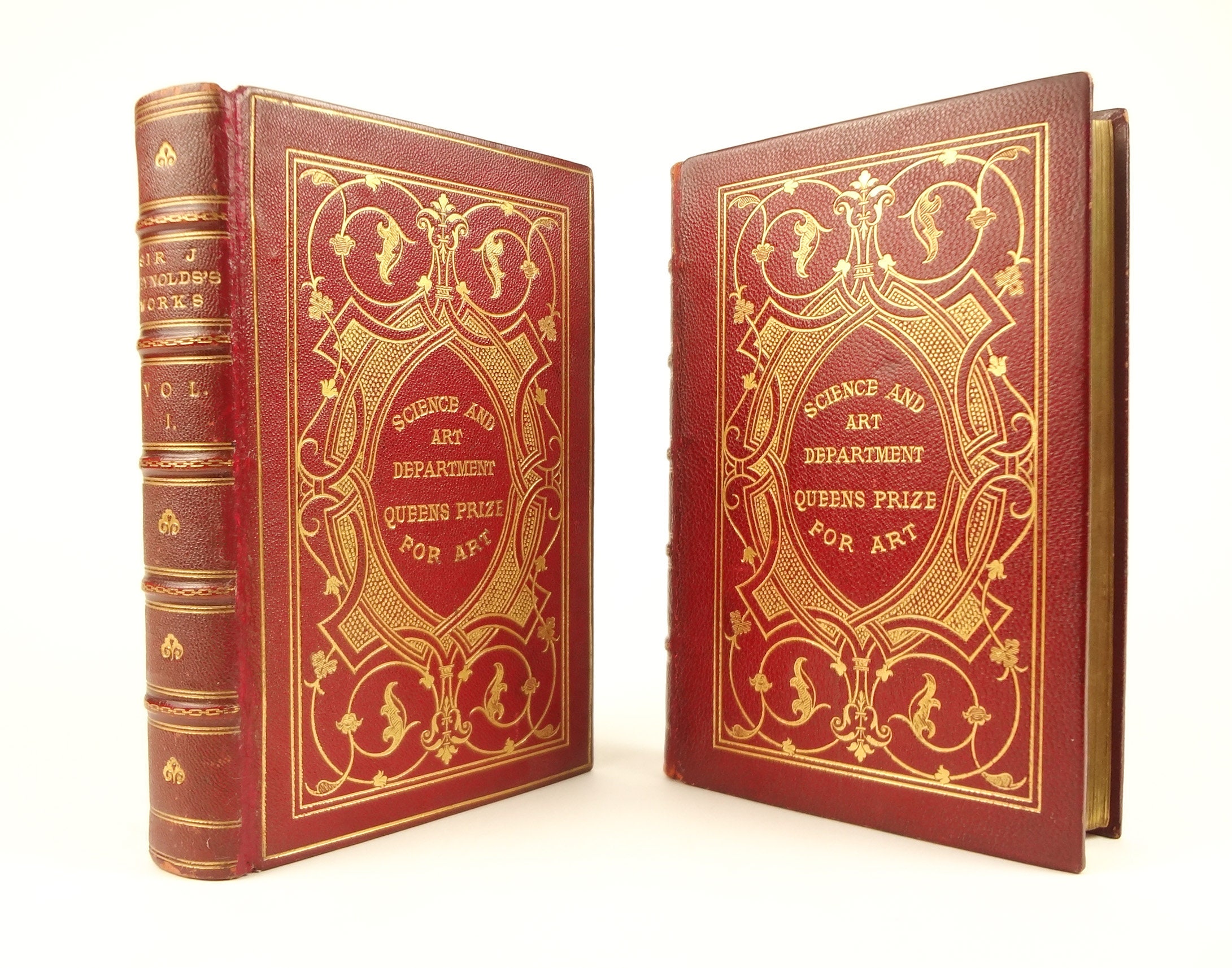 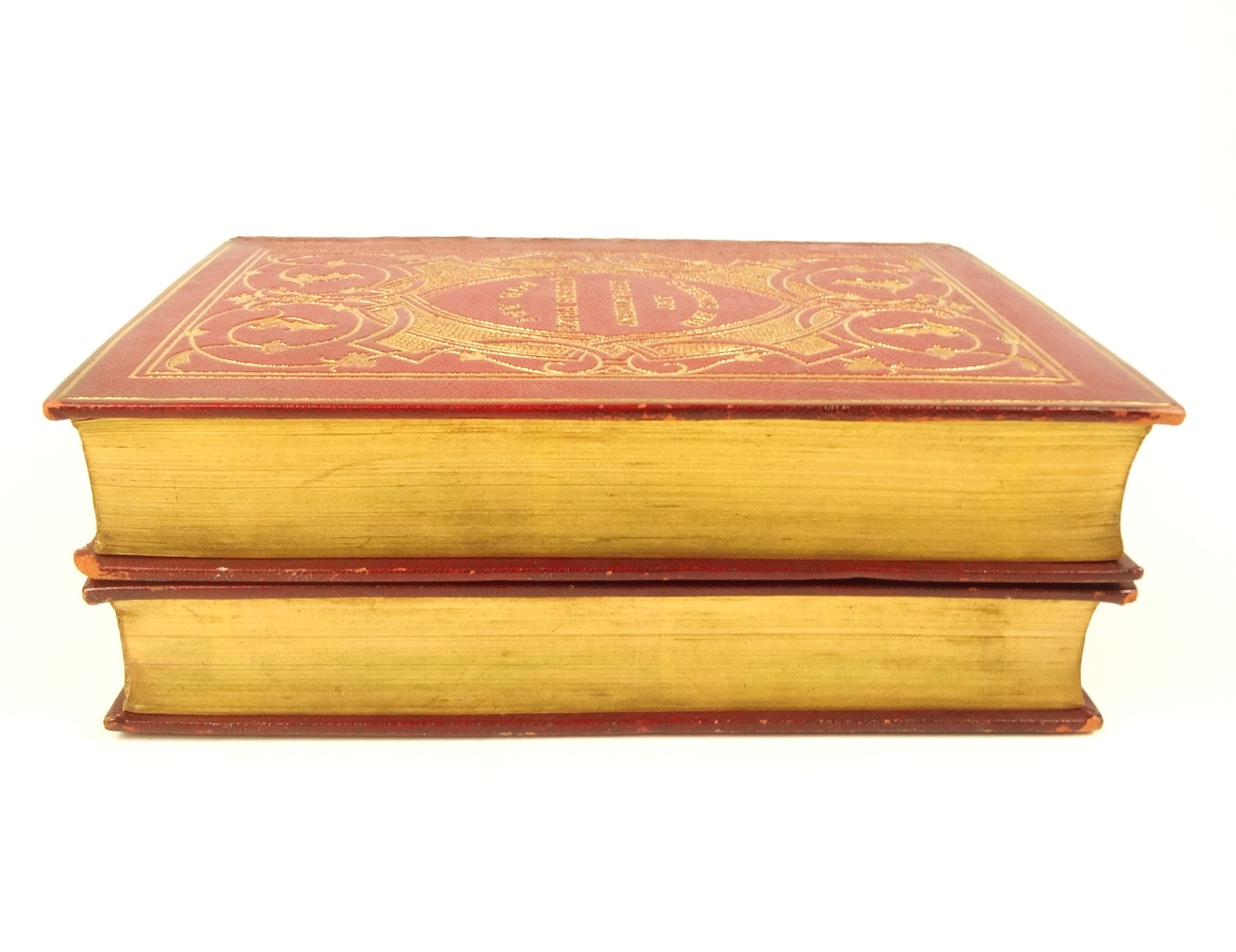 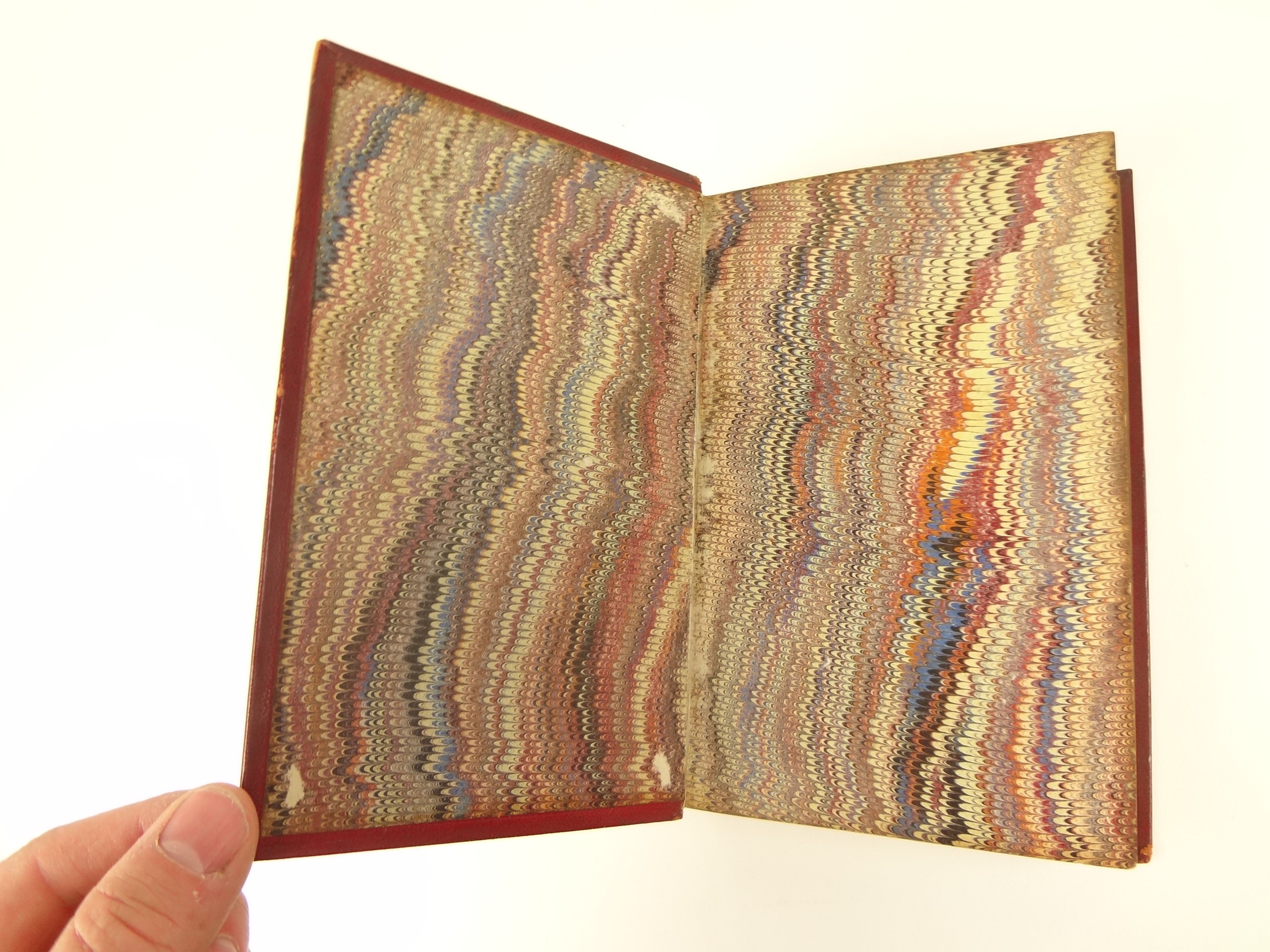 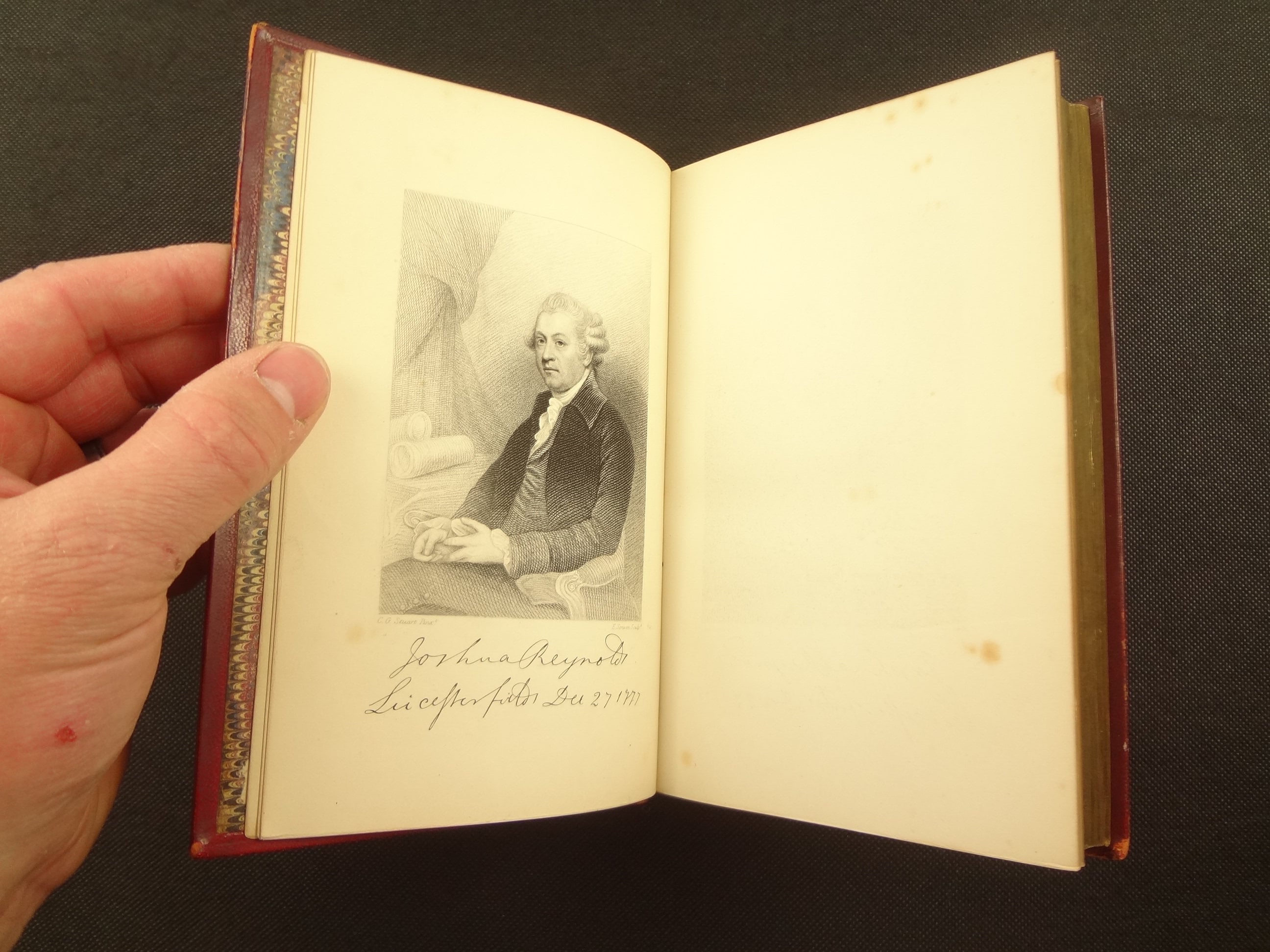 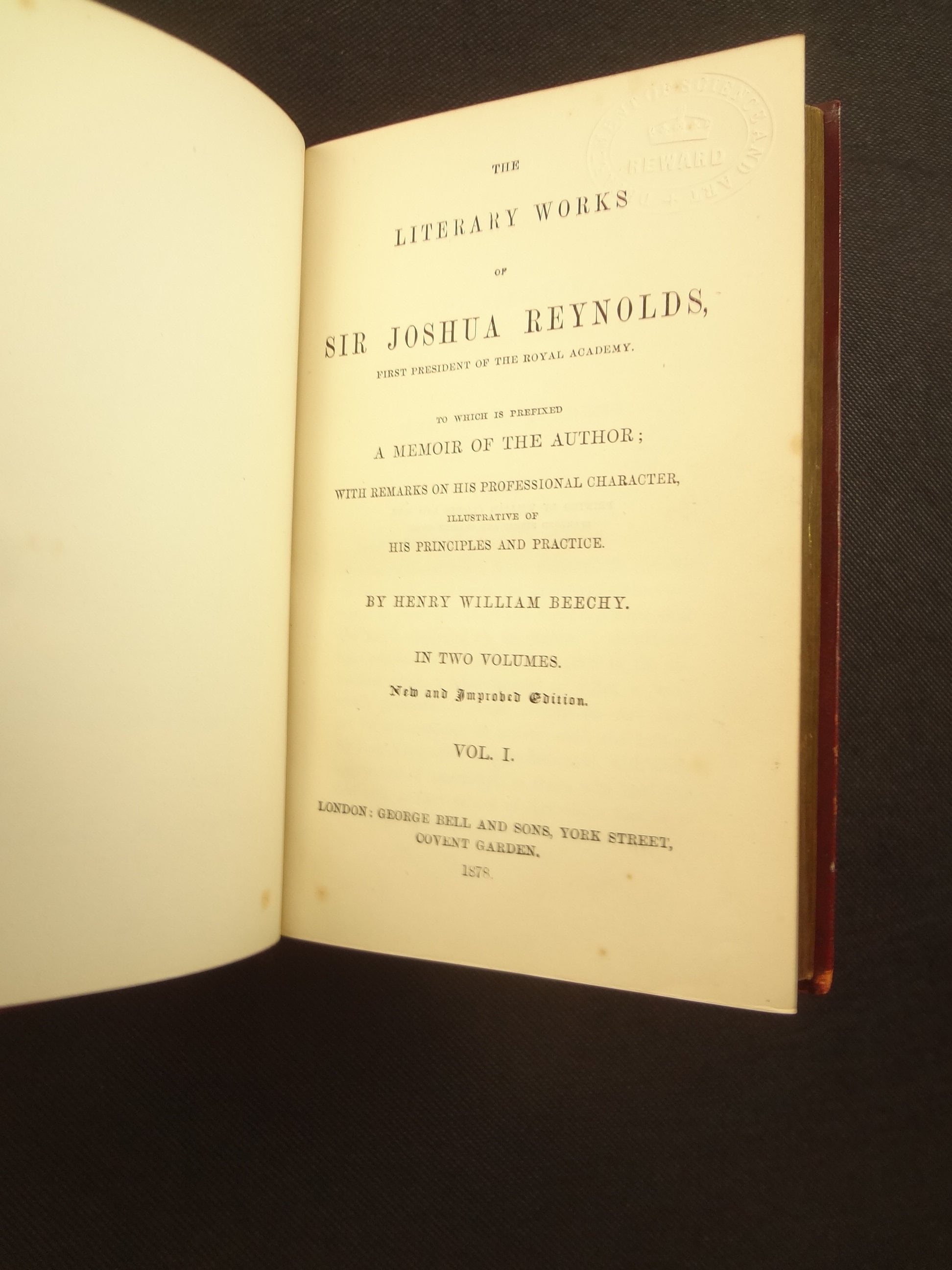 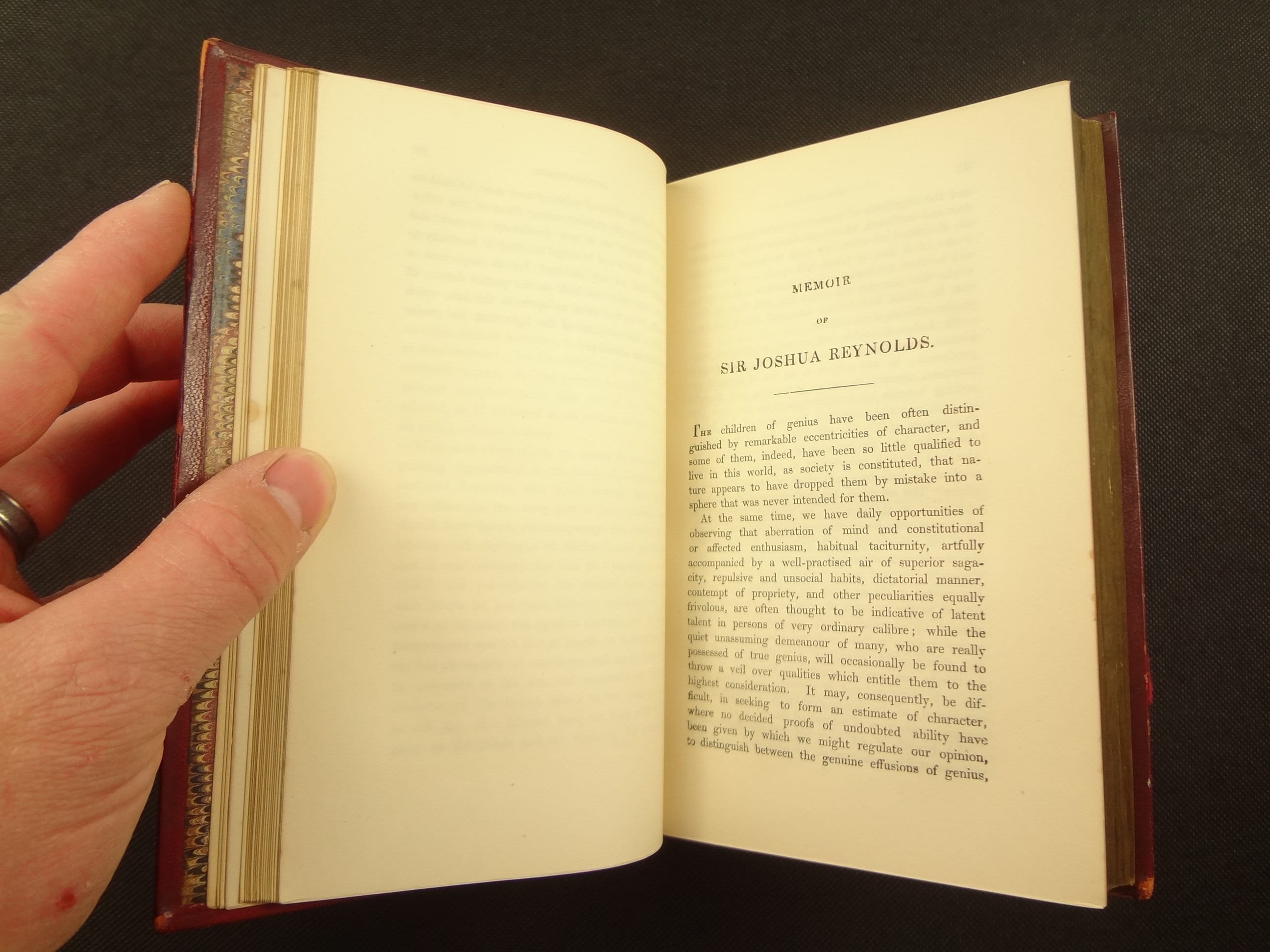 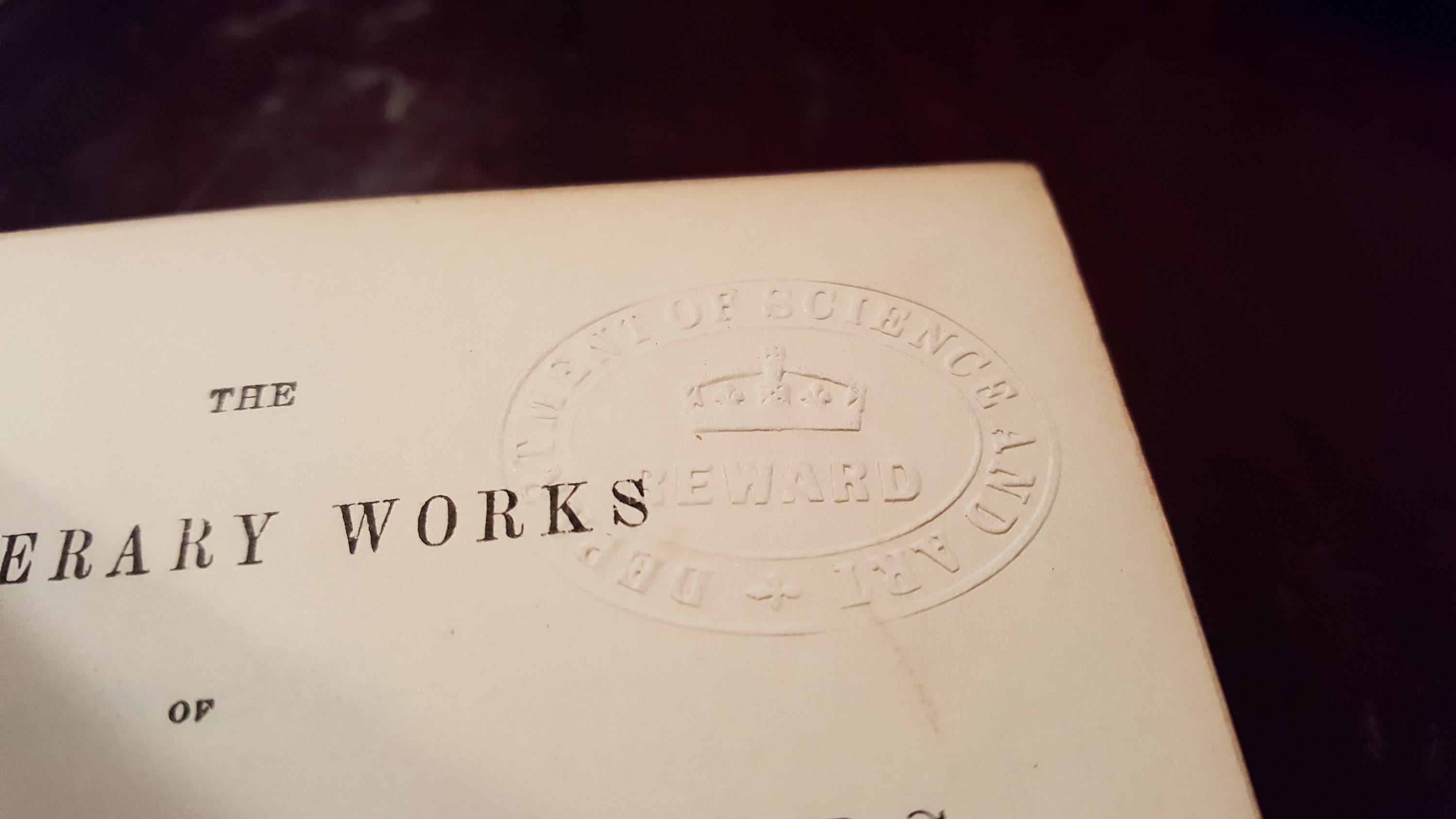 This two-volume set of Reynolds' Literary Works (1st President of the Royal Academy) is decorated both in the Queen's Prize binding, but also hosts two fore-edge paintings.

These books were given as a reward to the winner of the "Queen's Prize for Art", a late 19th century prize.

The Literary Works of Sir Joshua Reynolds, prefixed by a Memoir of the Author by Henry William Beechy. Sir Joshua Reynolds (1723 –1792) was an English painter, specializing in portraits. John Russell said he was one of the major European painters of the 18th Century. He promoted the "Grand Style" in painting which depended on idealization of the imperfect. He was a founder and first president of the Royal Academy of Arts, and was knighted by George III in 1769.

Each measures approx. 18.5 x 12 x 3 cm. Calf, with five raised bands to spine. The title and volume are in compartments, in gilt on the spine. The boards are bordered in gilt, with a central motif of leaves interlocking around "Science and Art Department Queens Prize for Art", front boards in gilt, rear blind stamped. All edges gilt (AEG). Volume one has a frontis portrait of Reynolds. Volume one - 463 pages, Volume Two - 495 pages.

See pictures. A little shelf/edge wear. Slight hints of front joint repair volume one. Spines slightly darkened. Small marks on pastedowns likely from removal of prize plates. Rear of flyleaves have written (graphite) explanation of fore-edge paintings. Endpapers have a few fox spots that affect the facing/nearest pages, but mostly the text block is free and clear. Title pages have been impressed with the "Reward" stamp of the Queen's Prize. A handsome set when in hand, with little dust to the top-edge testifying of being well-kept.