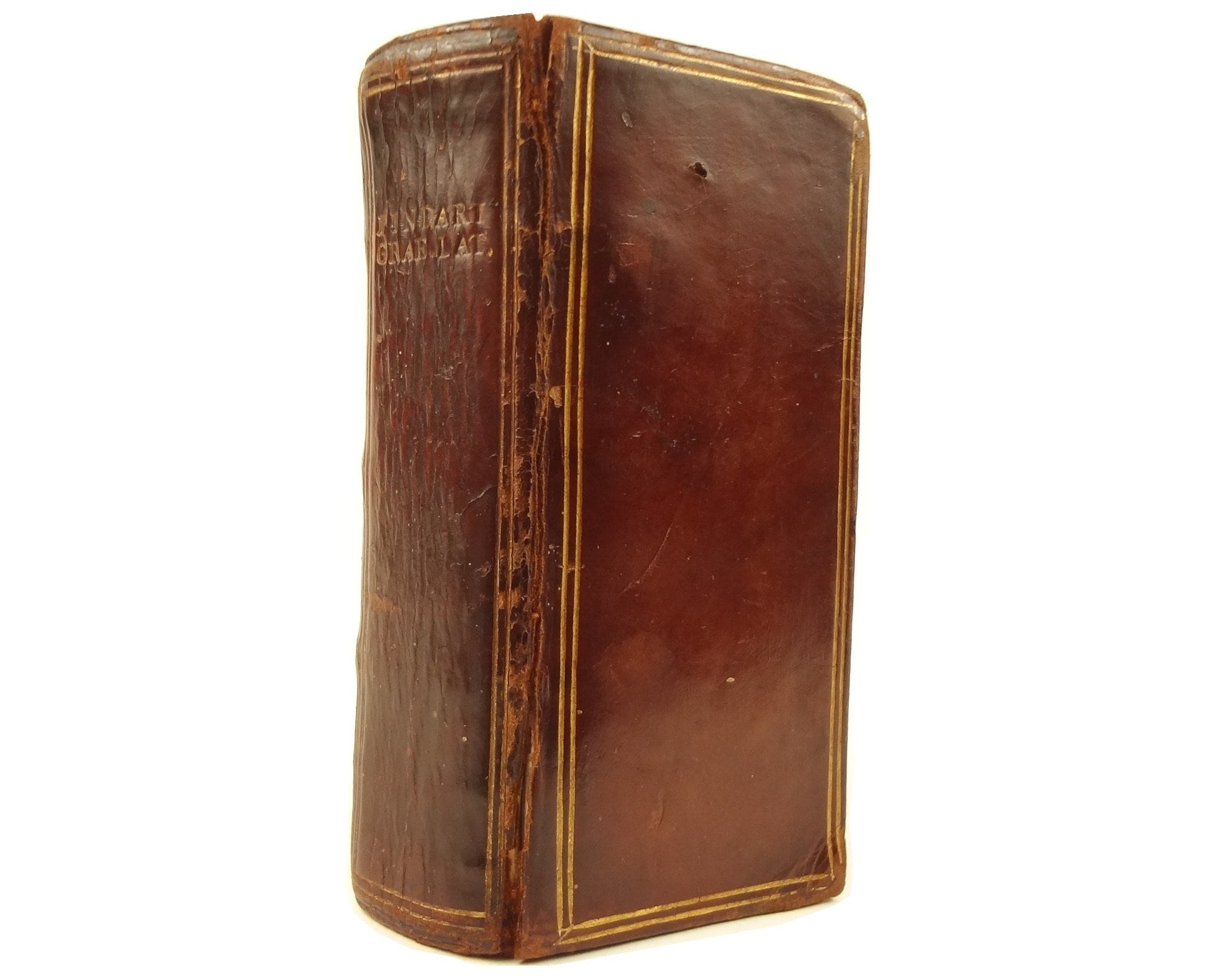 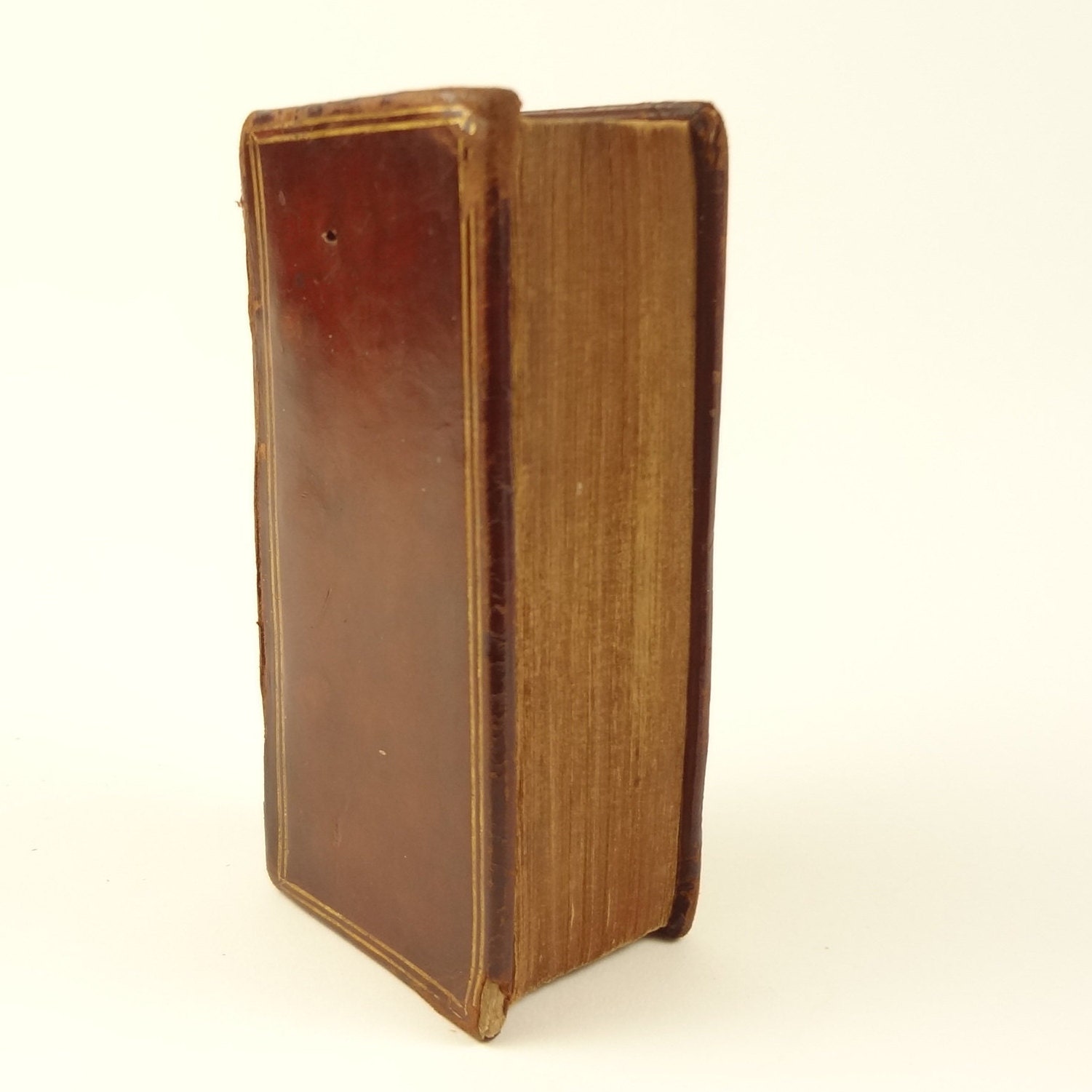 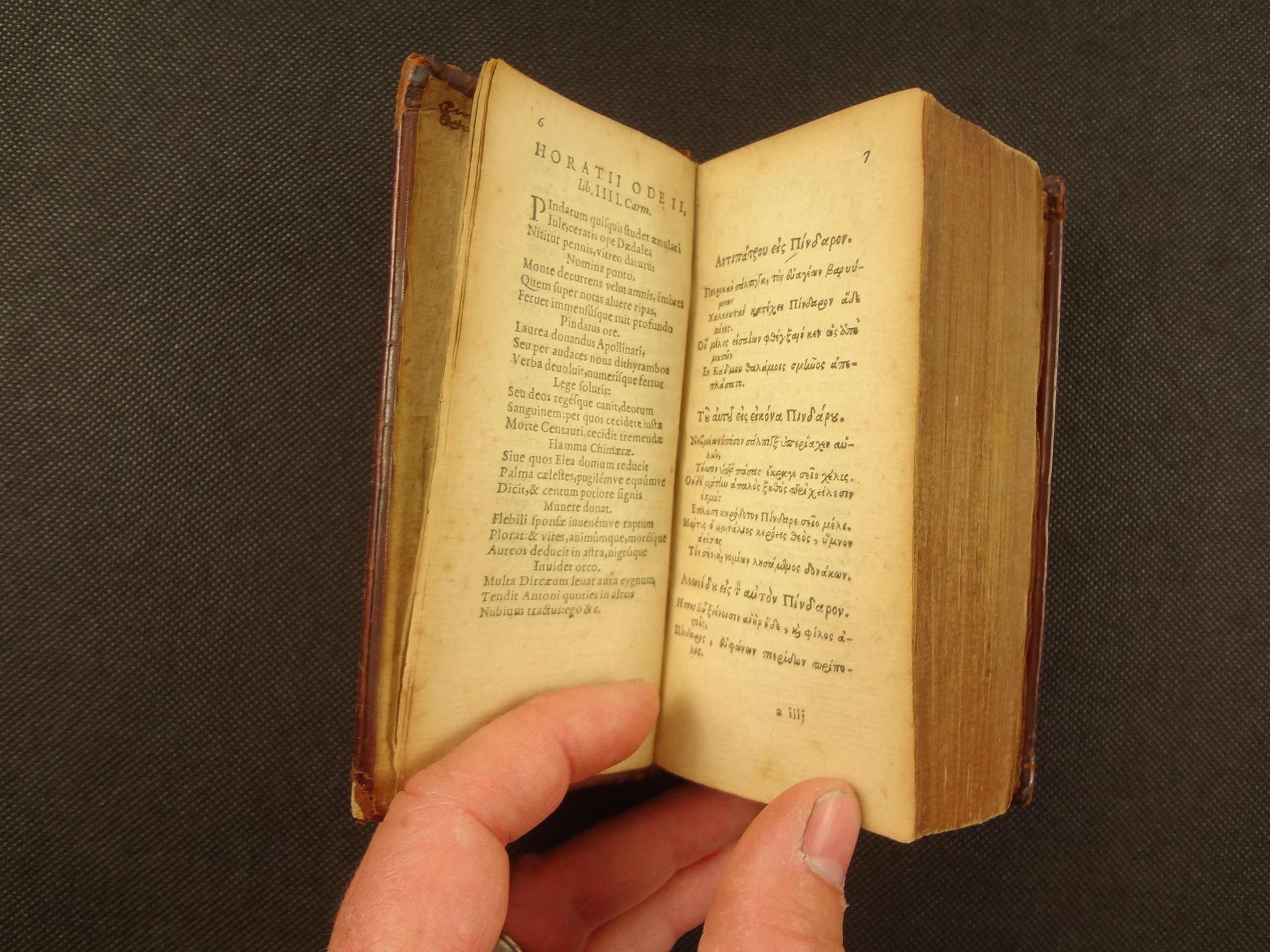 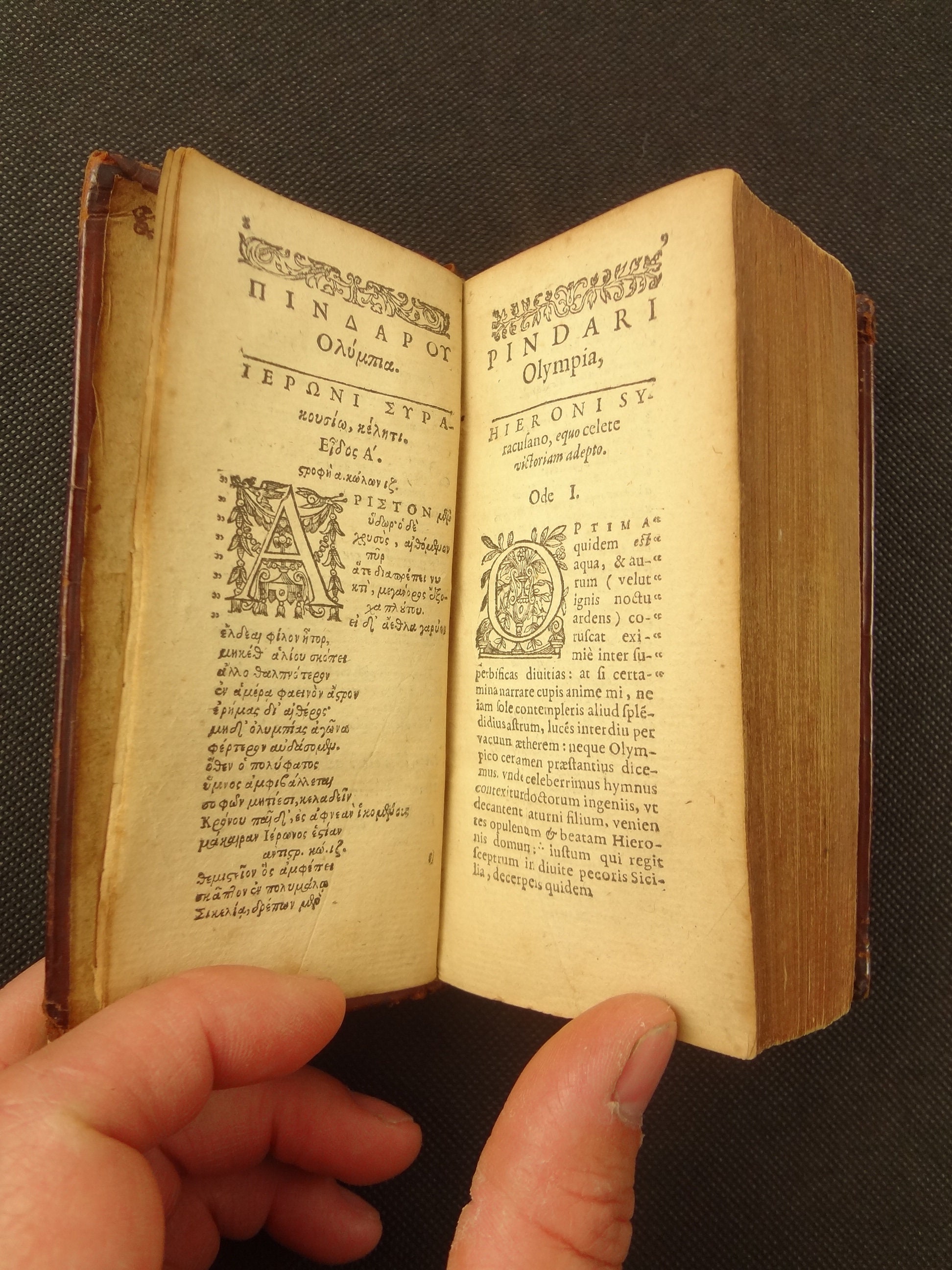 The unique size/format of this book, combined with its (still relevant) Olympic Games ode, make this 16th century printing a treat. A collection of the ancient Greek author Pindar's Victory Odes, including the Olympic games, printed in 1586. This little work would make an excellent gift for a bibliophile (or Greek language study) athlete. The text is in Greek and Latin, referred to as "polyglot", with each language's translation on facing pages.

More on the Literature -

"Almost all Pindar's victory odes are celebrations of triumphs gained by competitors in Panhellenic festivals such as the Olympian Games. In the 5th century, when there was an increased tendency towards professionalism, they were predominantly aristocratic assemblies, reflecting the expense and leisure needed to attend such events either as a competitor or spectator. Attendance was an opportunity for display and self-promotion, and the prestige of victory, requiring commitment in time and/or wealth, perhaps far beyond anything that accrues to athletic victories today. Pindar's odes capture something of the prestige and the aristocratic grandeur of the moment of victory. His victory odes are grouped into four books named after the Olympian, Pythian, Isthmian, and Nemean Games – Panhellenic festivals held respectively at Olympia, Delphi, Corinth and Nemea." – Wikipedia

See pictures. Some rubbing to binding, joint between spine and front board cracked. Spine has surface cracking. One worm hole on both front and rear board. Writing on back of front board in an old hand. No writing/annotations. Occasional dog eared page. Slight toning to pages. One worm hole in rear blank endpapers. Last two quires of 1st volume, and 1st quire of second volume missing (this is not the Olympic ode, but other cantos); they must have been missing before the book was bound because the binding does not have a gap and they do not appear "missing", you just have to read the page numbers to realize that there was a change.