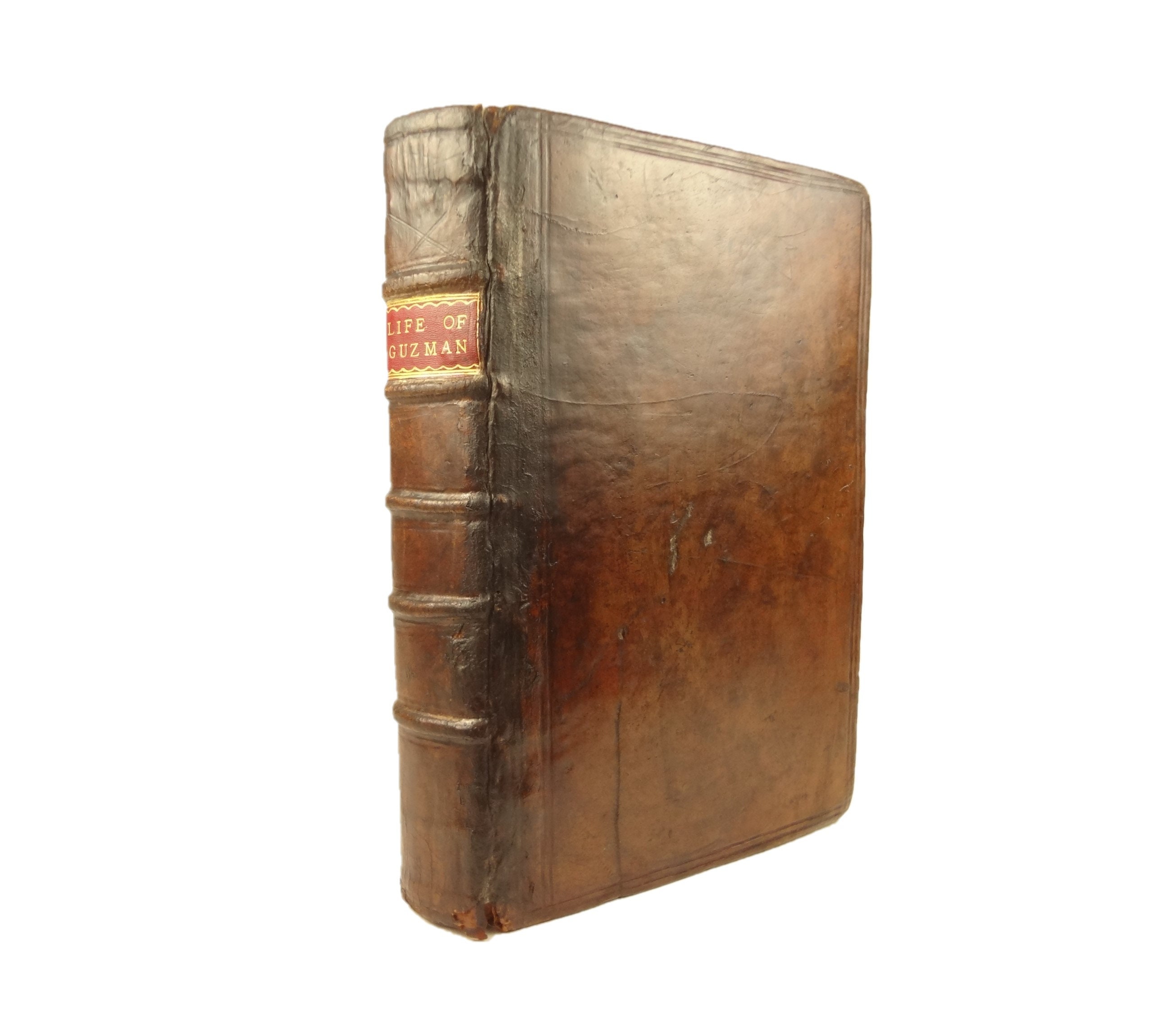 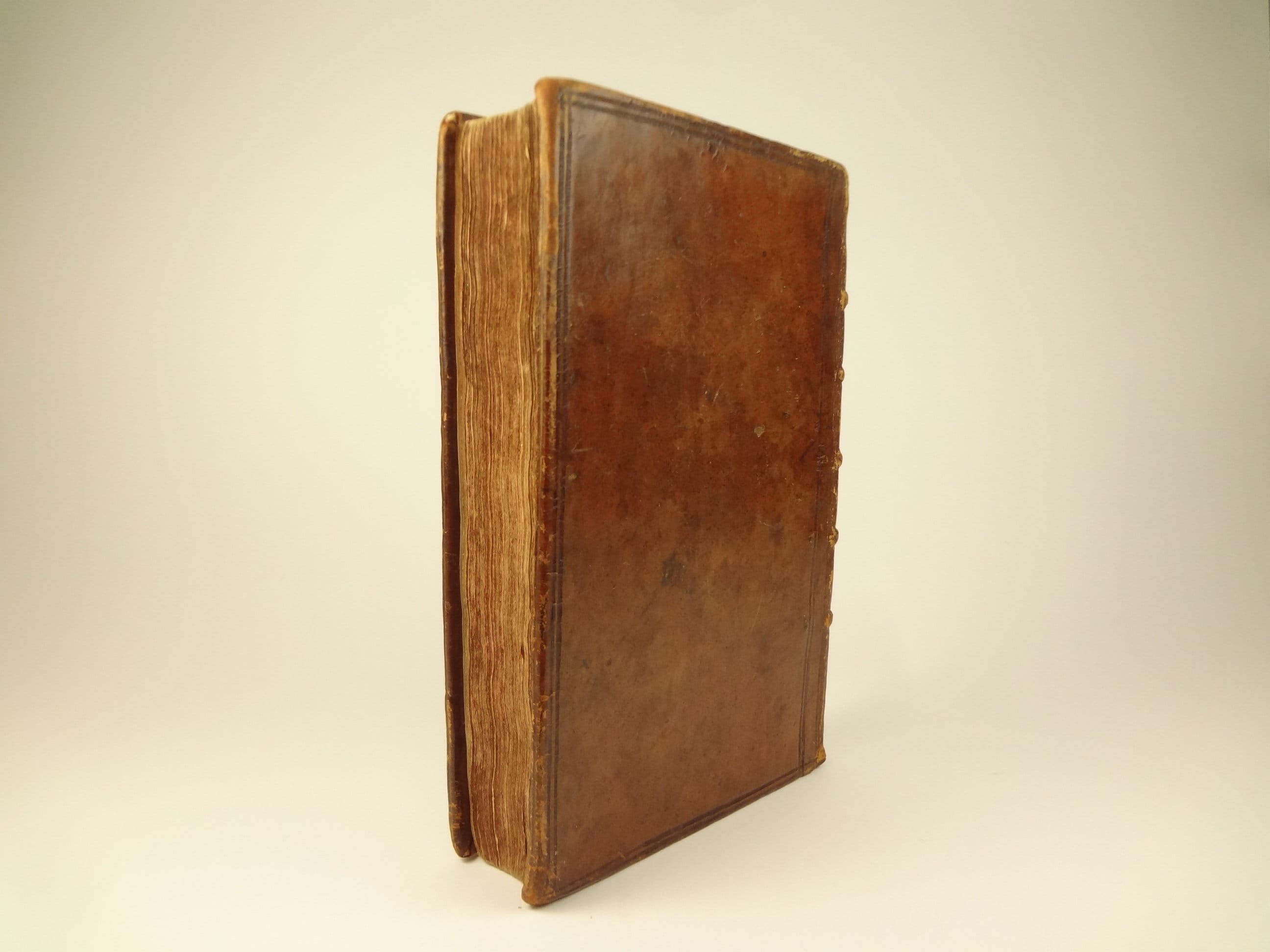 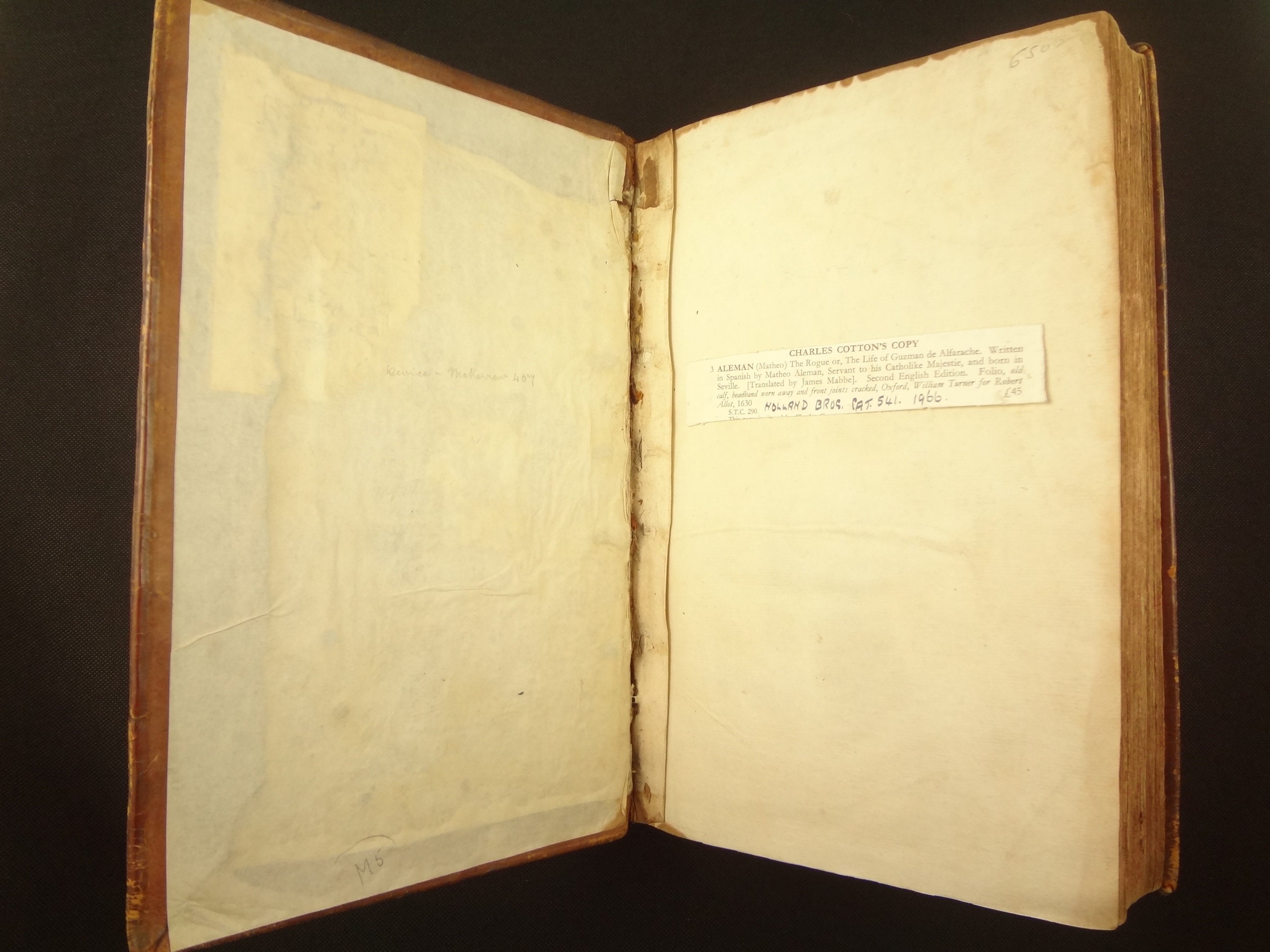 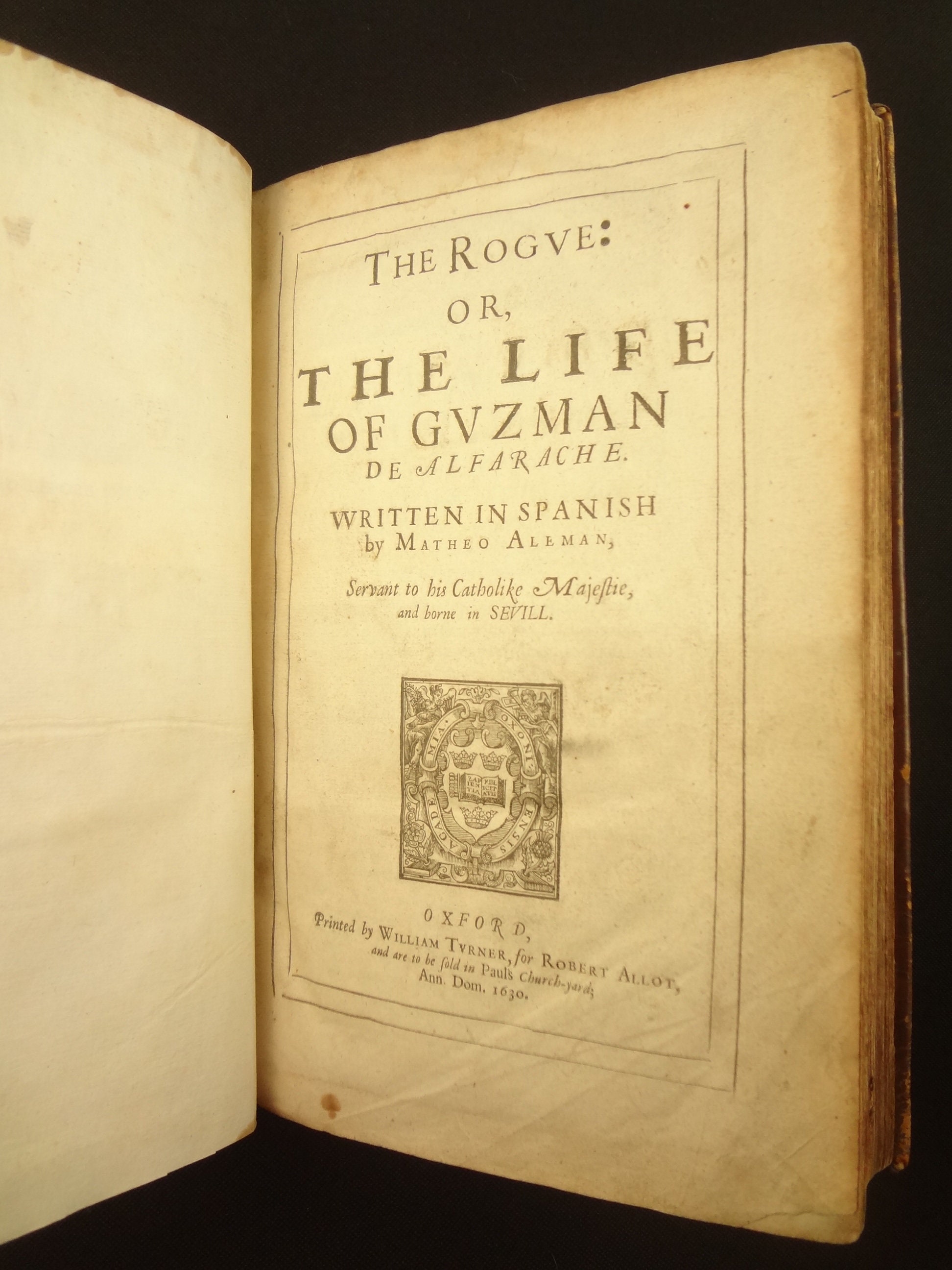 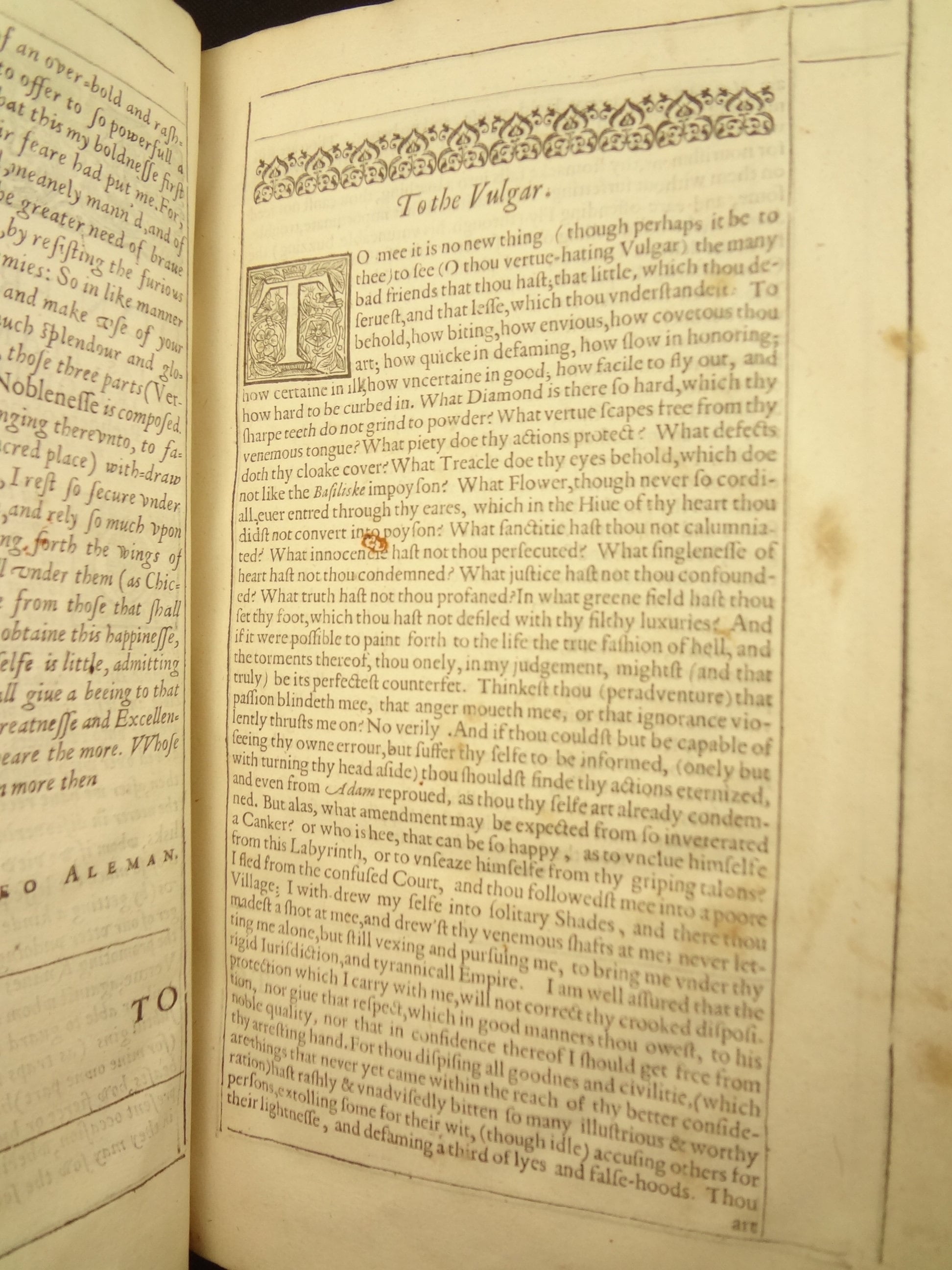 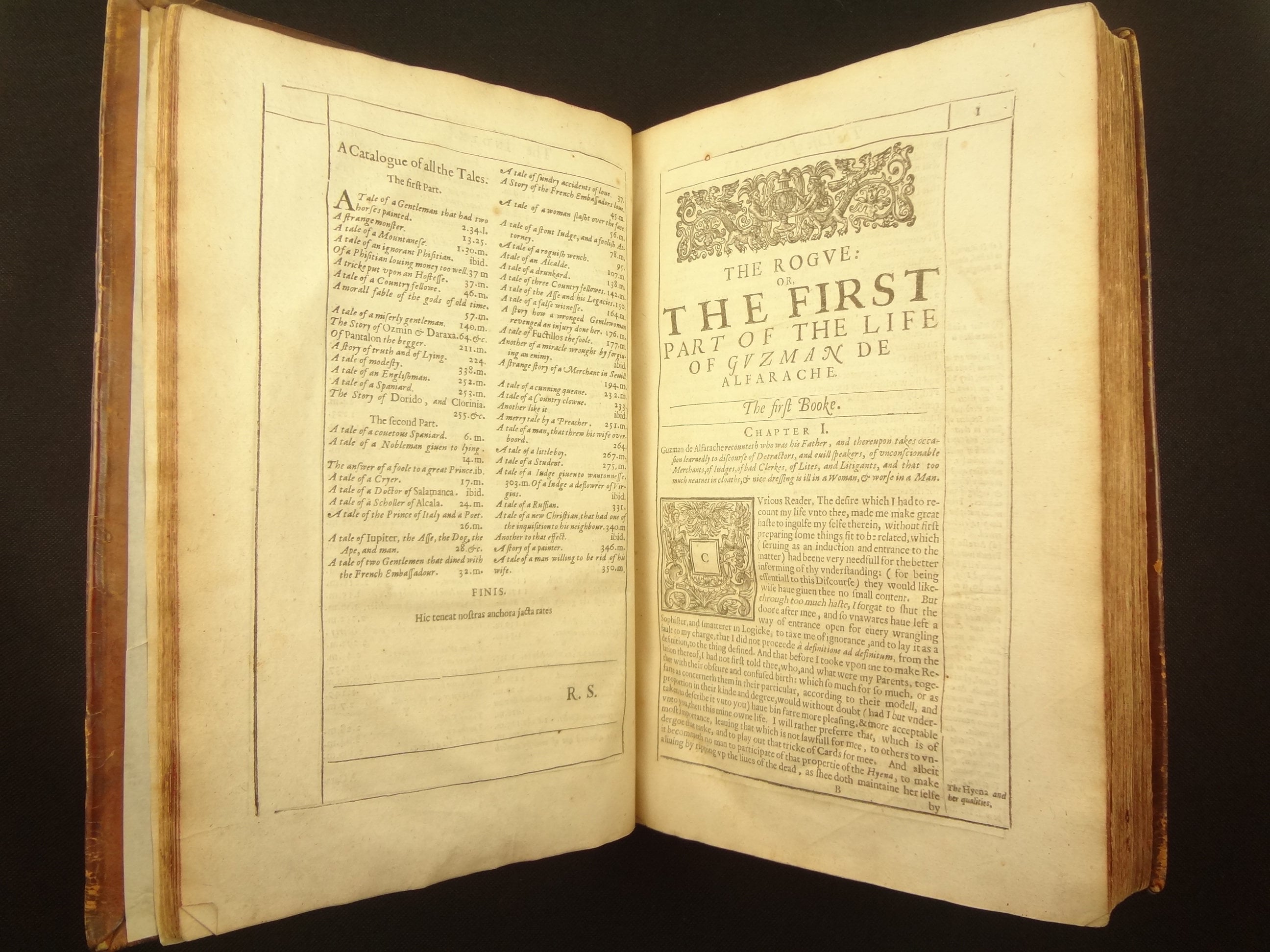 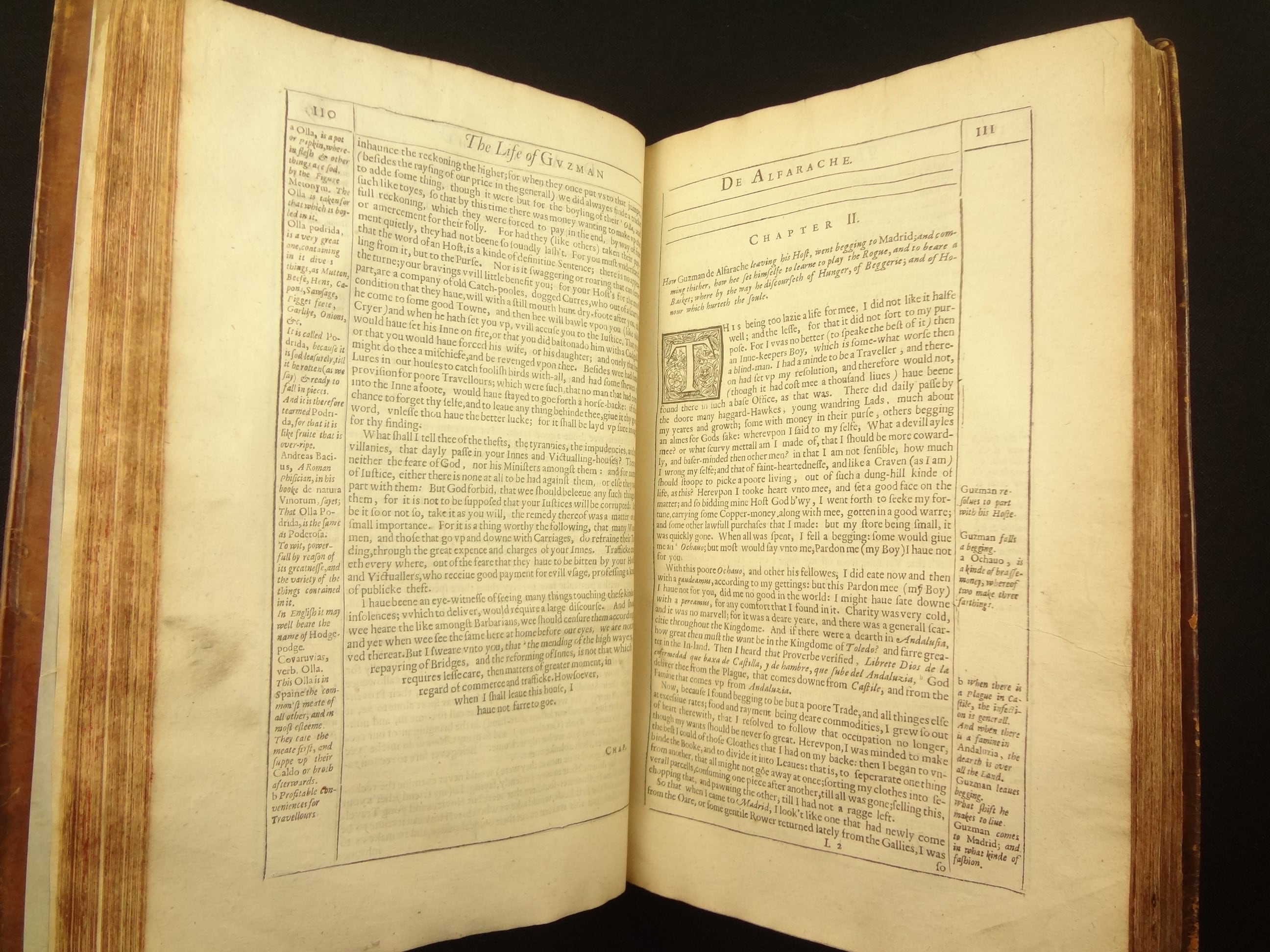 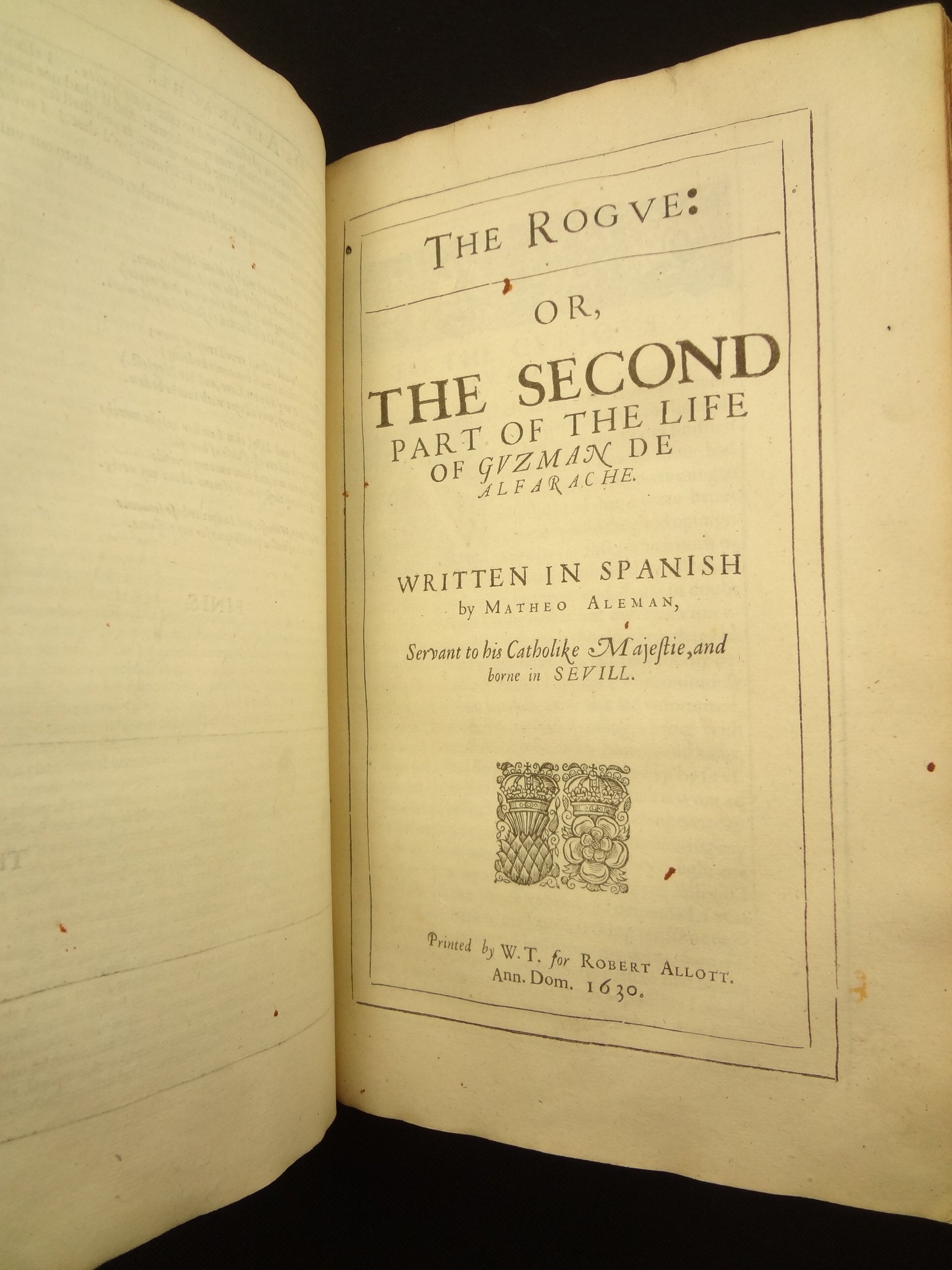 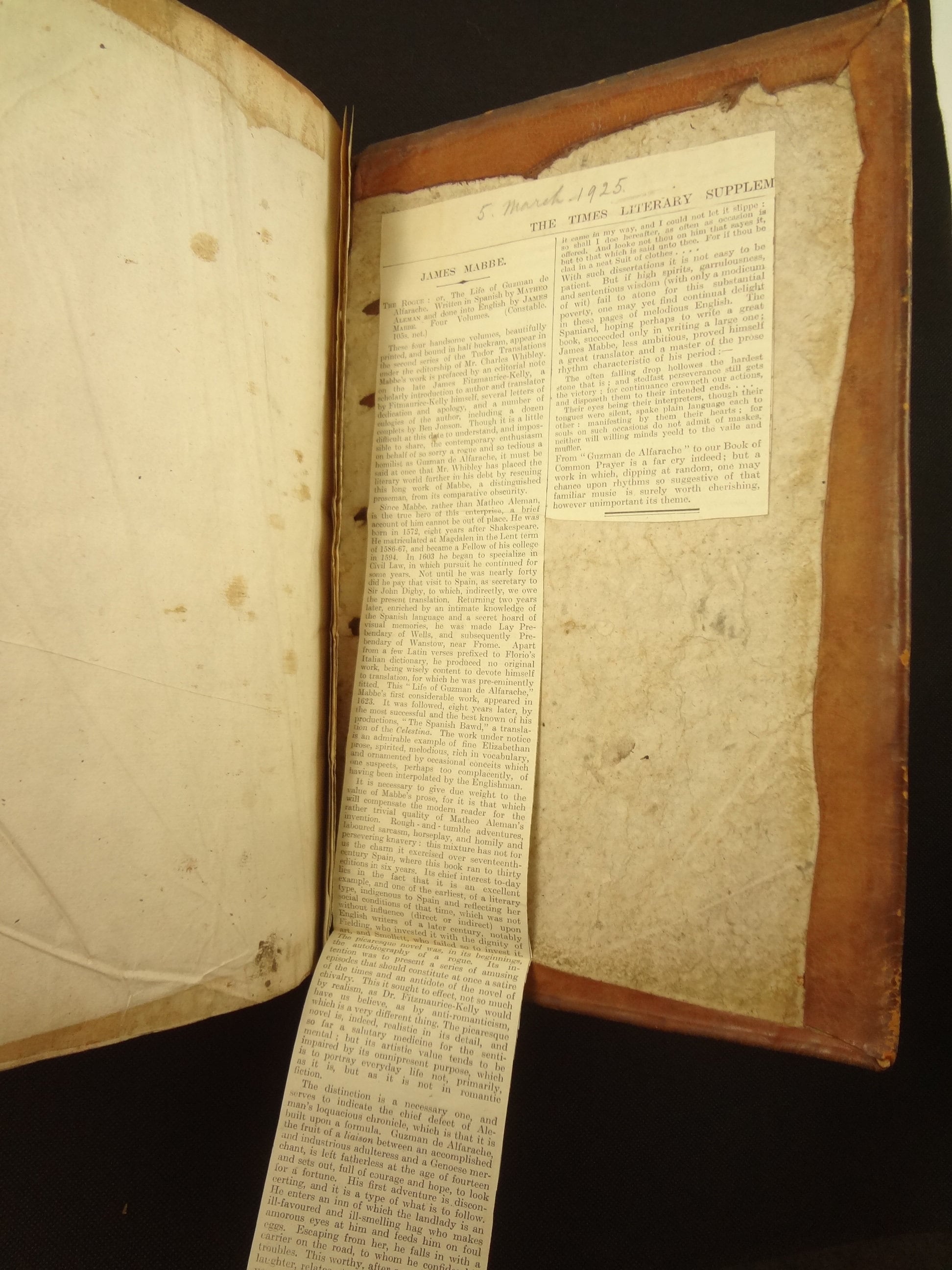 1630 The Rogue: Or, The Life of Guzman de Alfarache. Oxford, William Turner.

An early (1630) English edition of, The Rogue: or, The Life of Guzman de Alfarache, by Matheo Aleman.

This work was very popular at the turn of the 17th century; the first part was first printed in Spanish in 1599, with a second part and many editions and translations following. It is an example of Picaresque novel, with a rogue hero, from a lower class of people, who survives the corruption and hard world around them through great wit. Aleman also included moral commentary, the sincerity of which has been discussed for centuries.

This is a great reading example, in folio (a larger size), with both parts (1 & 2), and translated to English. It wears wonderfully some signs of aging, but still opens and reads nicely. It has the feel of a book you might pull down from the shelves in a large historic English home.

See pictures. 1966 advertisement stated, "Headband worn away & front joint cracked"; since then the headband has been repaired and a Japanese tissue, toned, has been applied to the front joint. Edge wear and rubbing to binding, but despite repairs and age it looks unassumingly handsome. 3 cm start of crack at rear joint, bottom. Several pencil notes on later pastedown inside the front board. Hinges are lifted at front and rear.

Although there are signs of use through the centuries, it remains entirely readable and handsome.