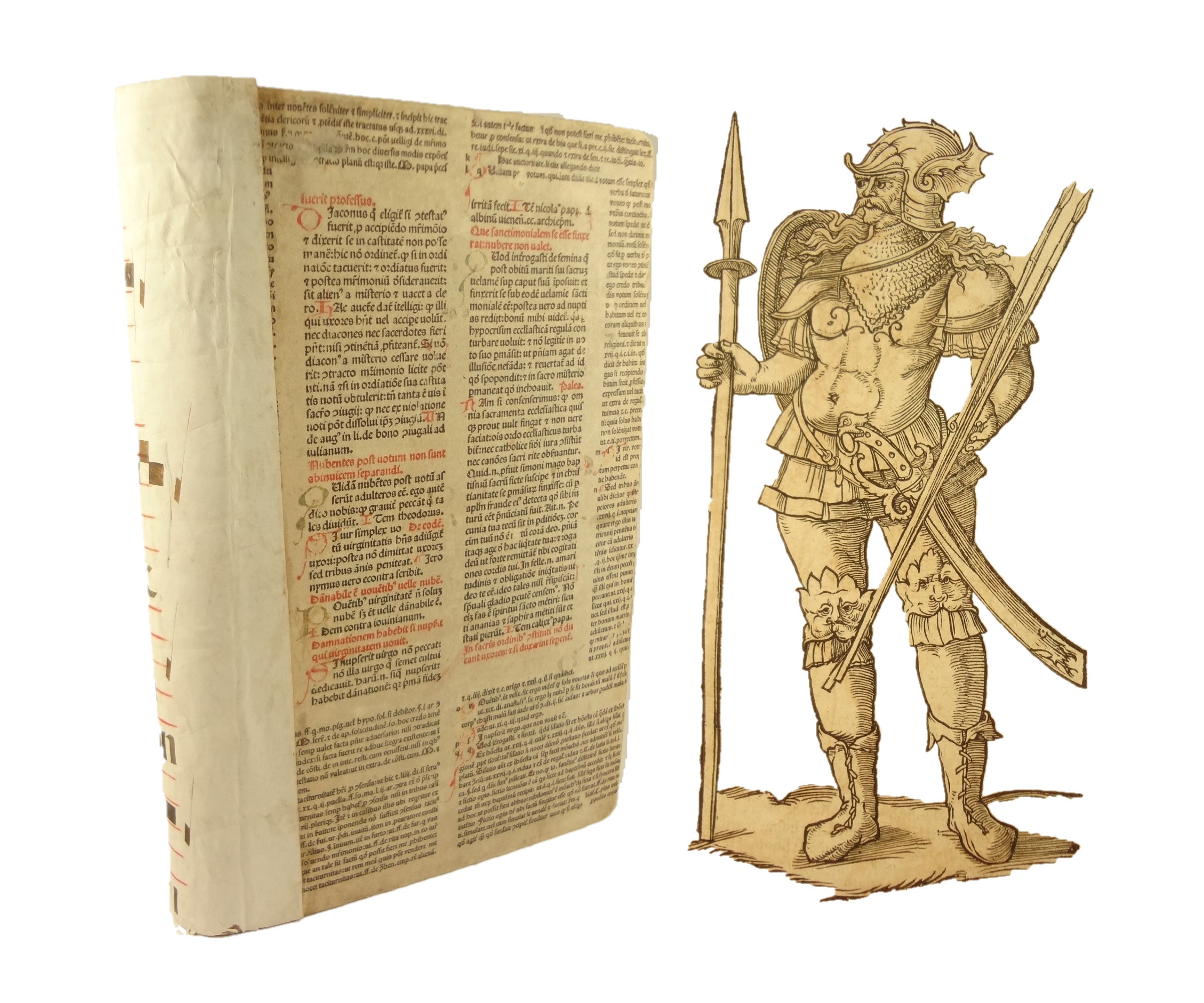 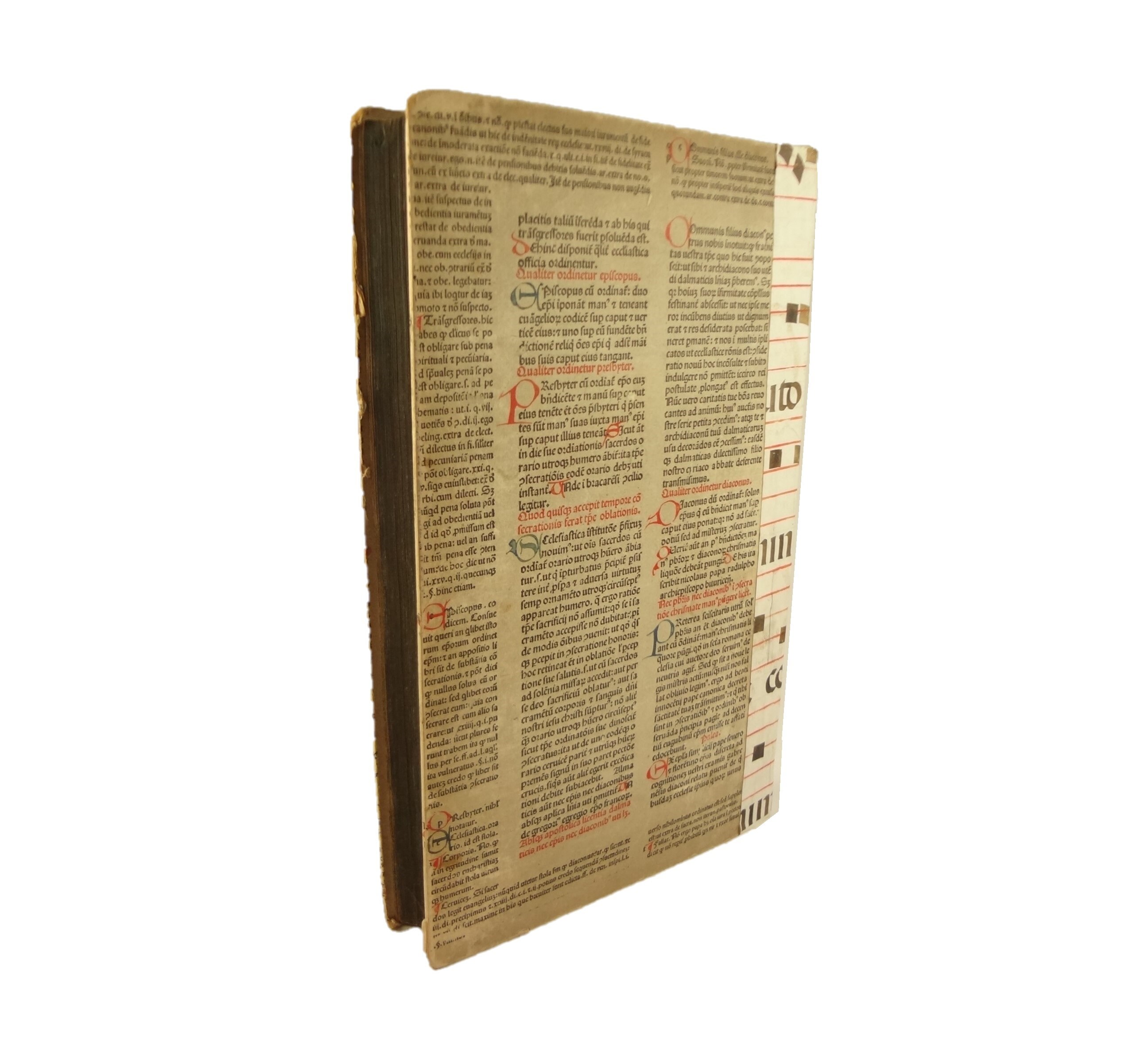 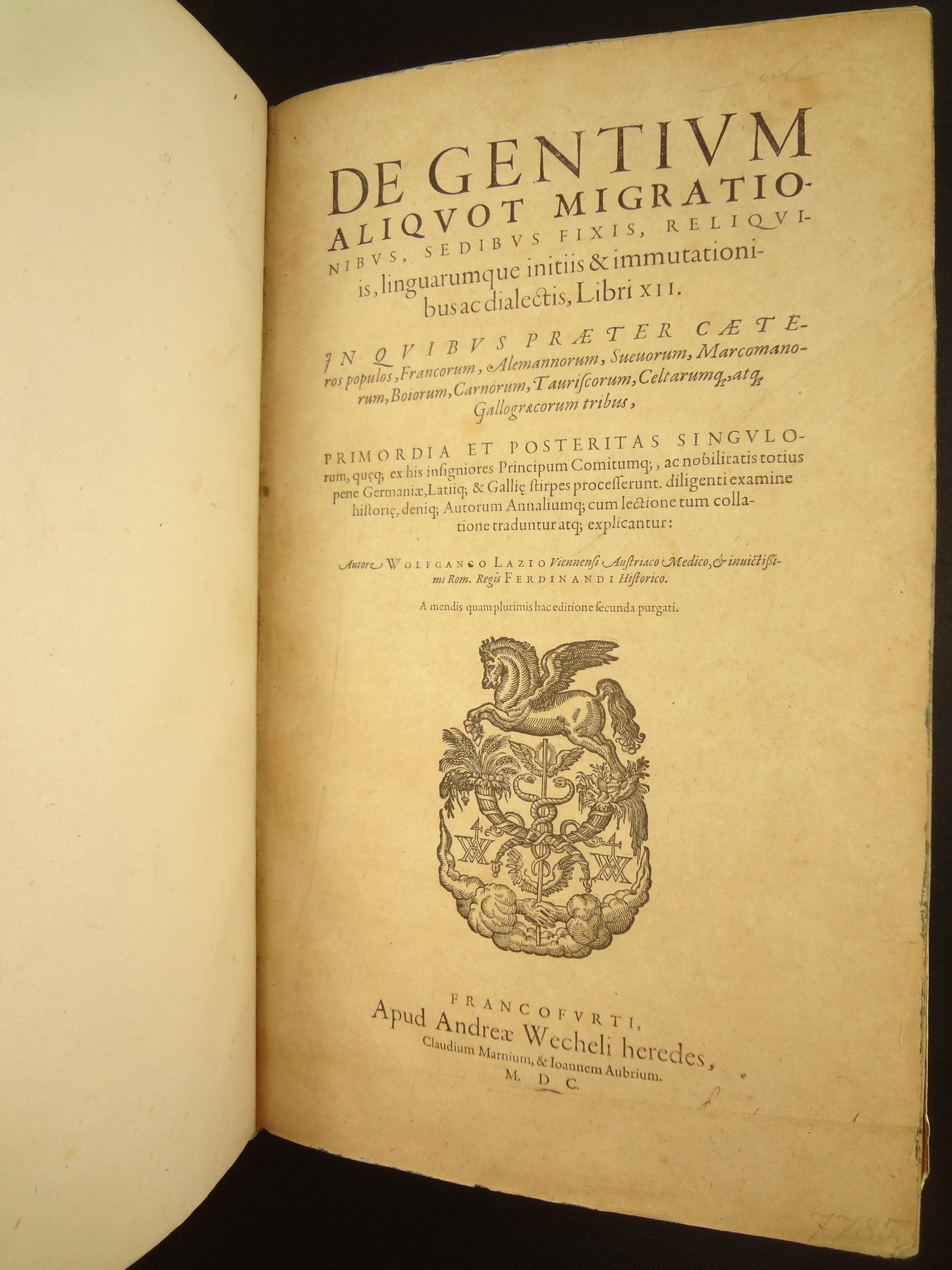 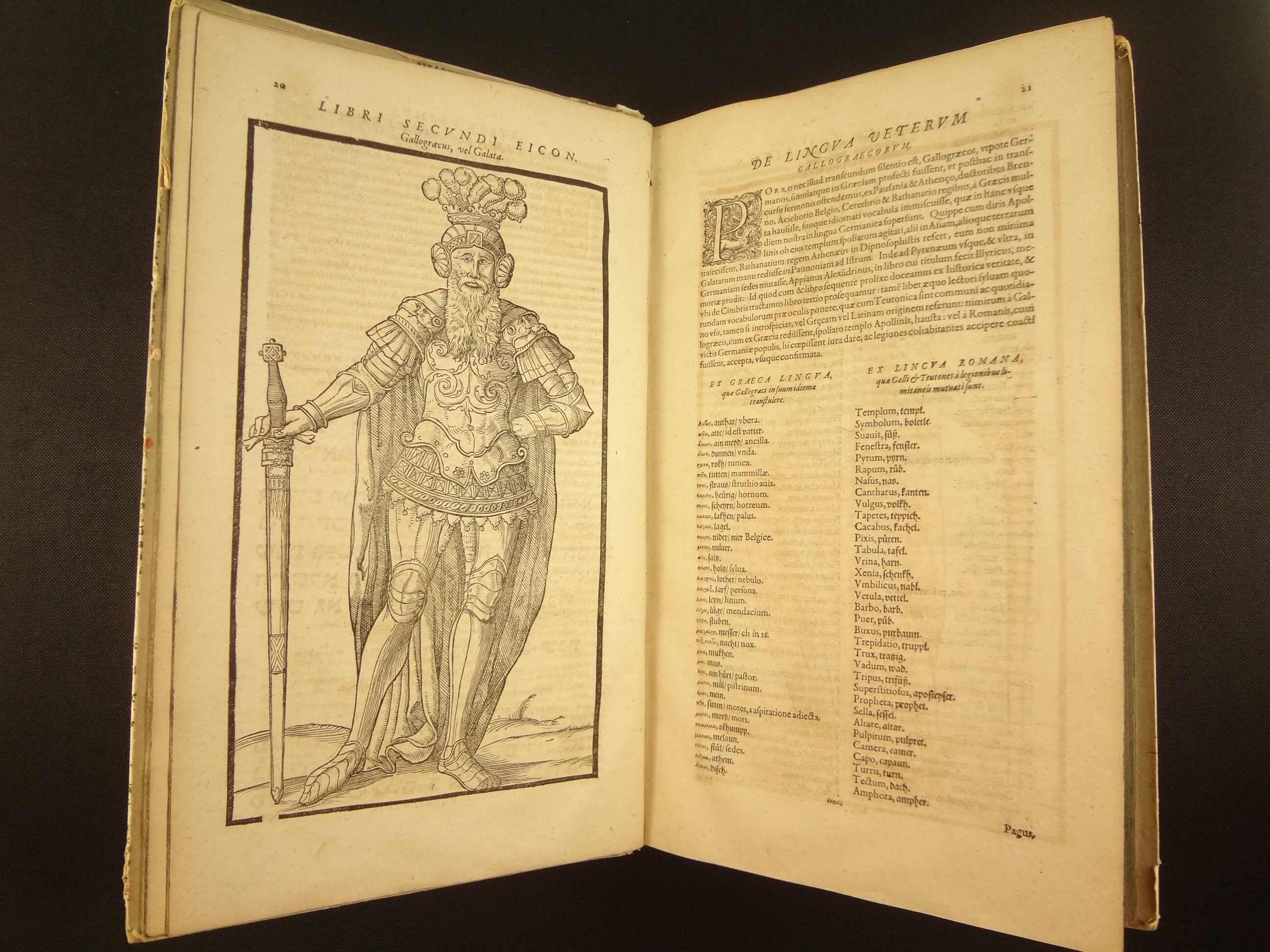 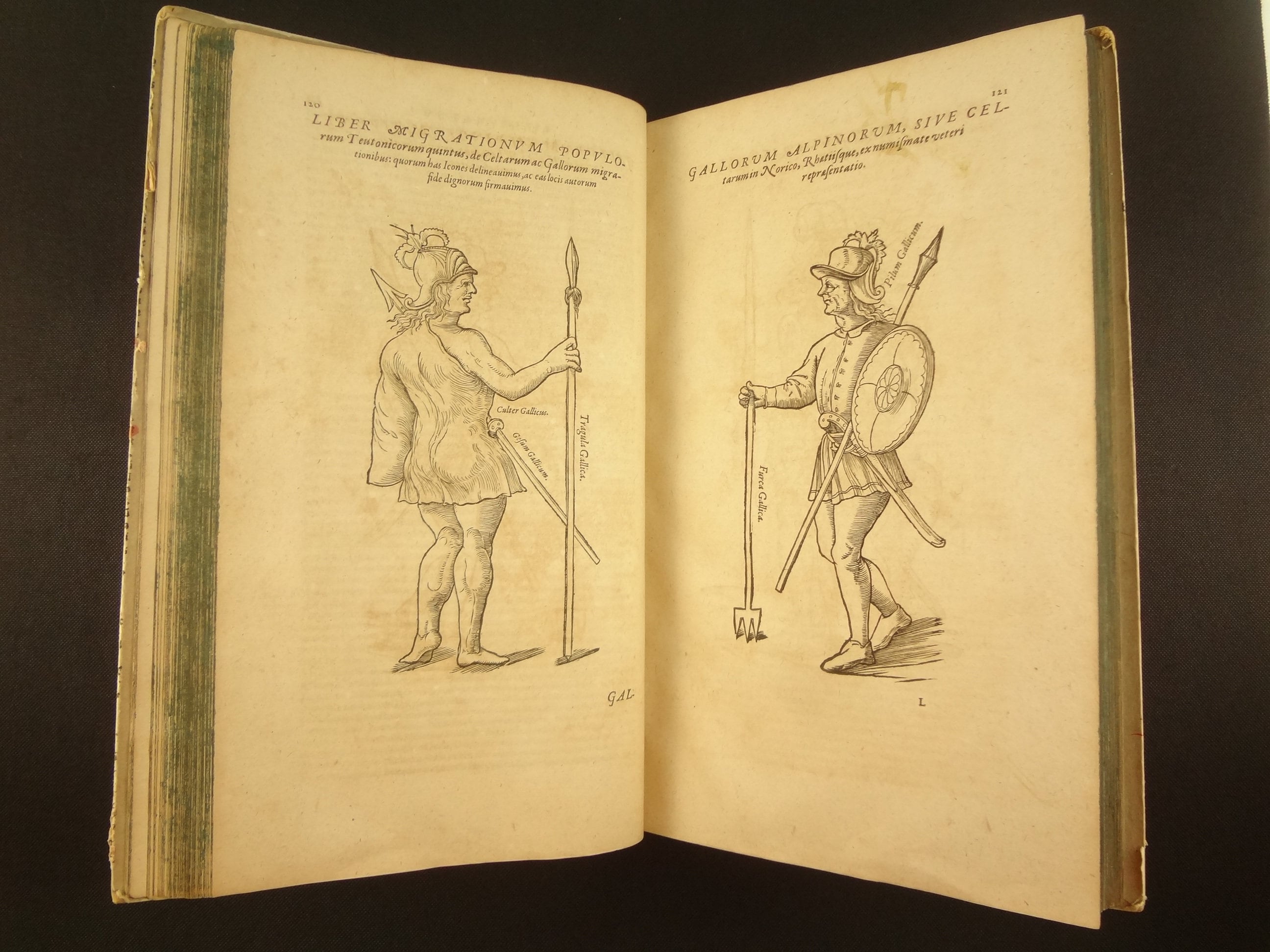 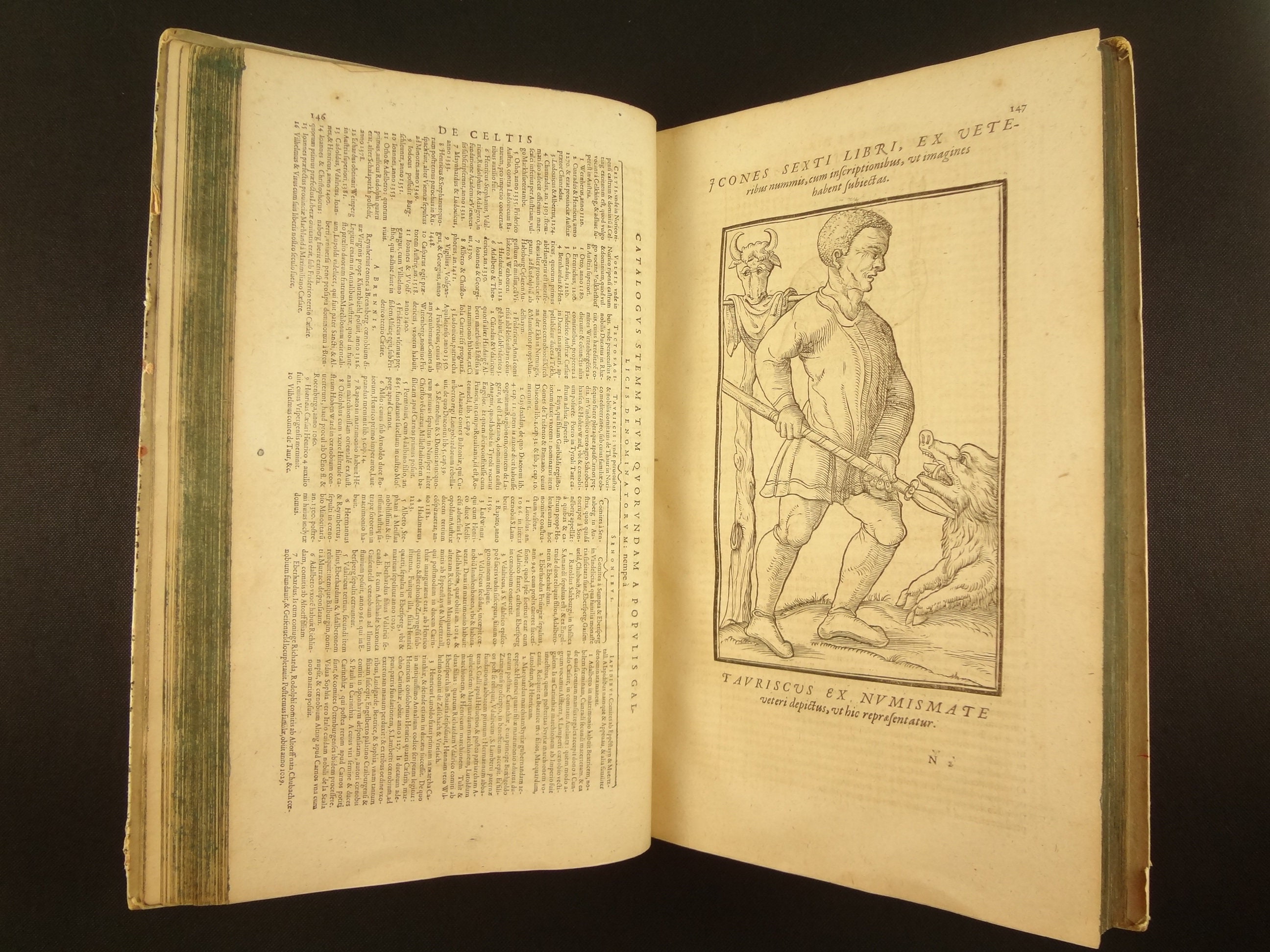 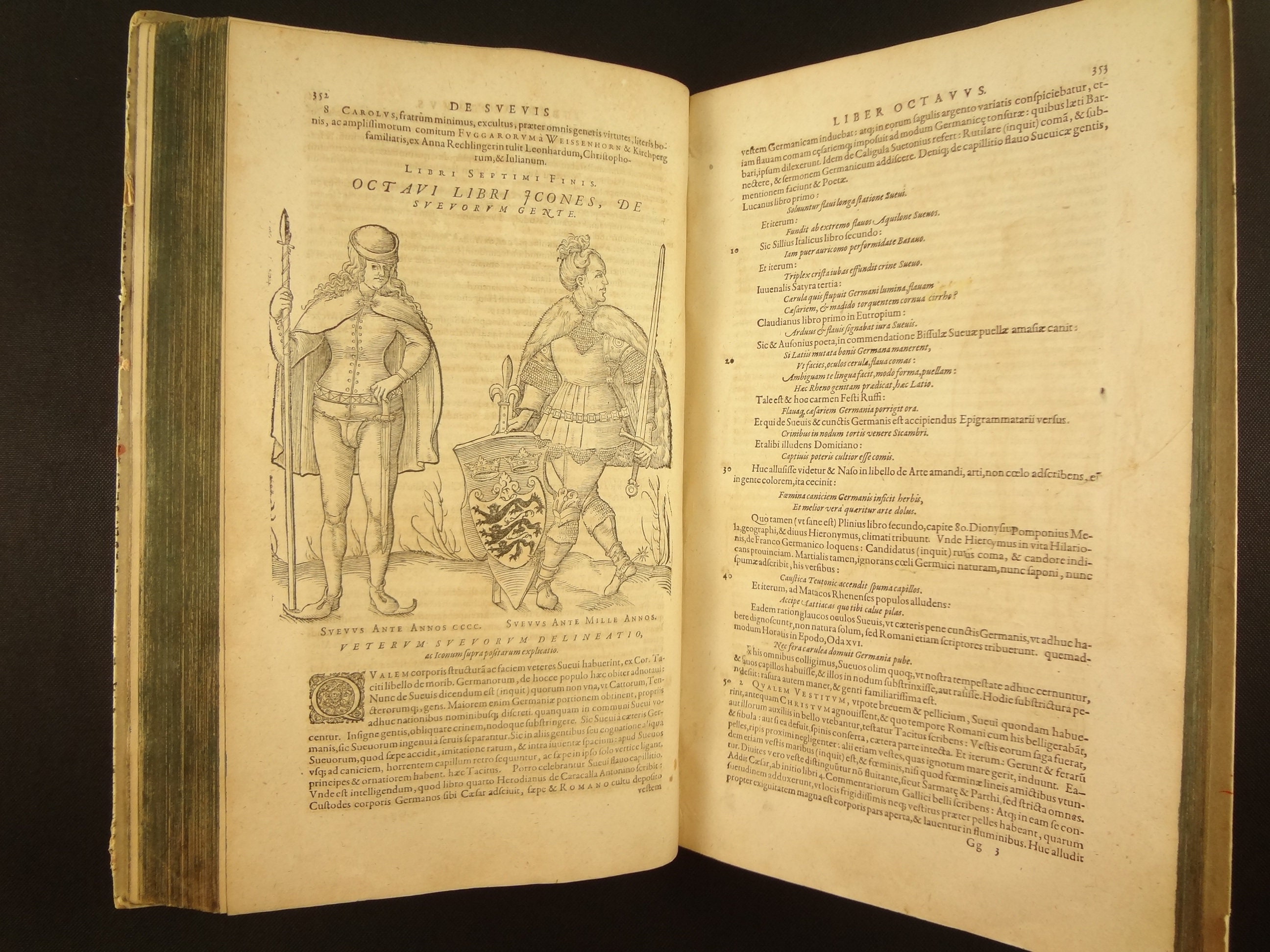 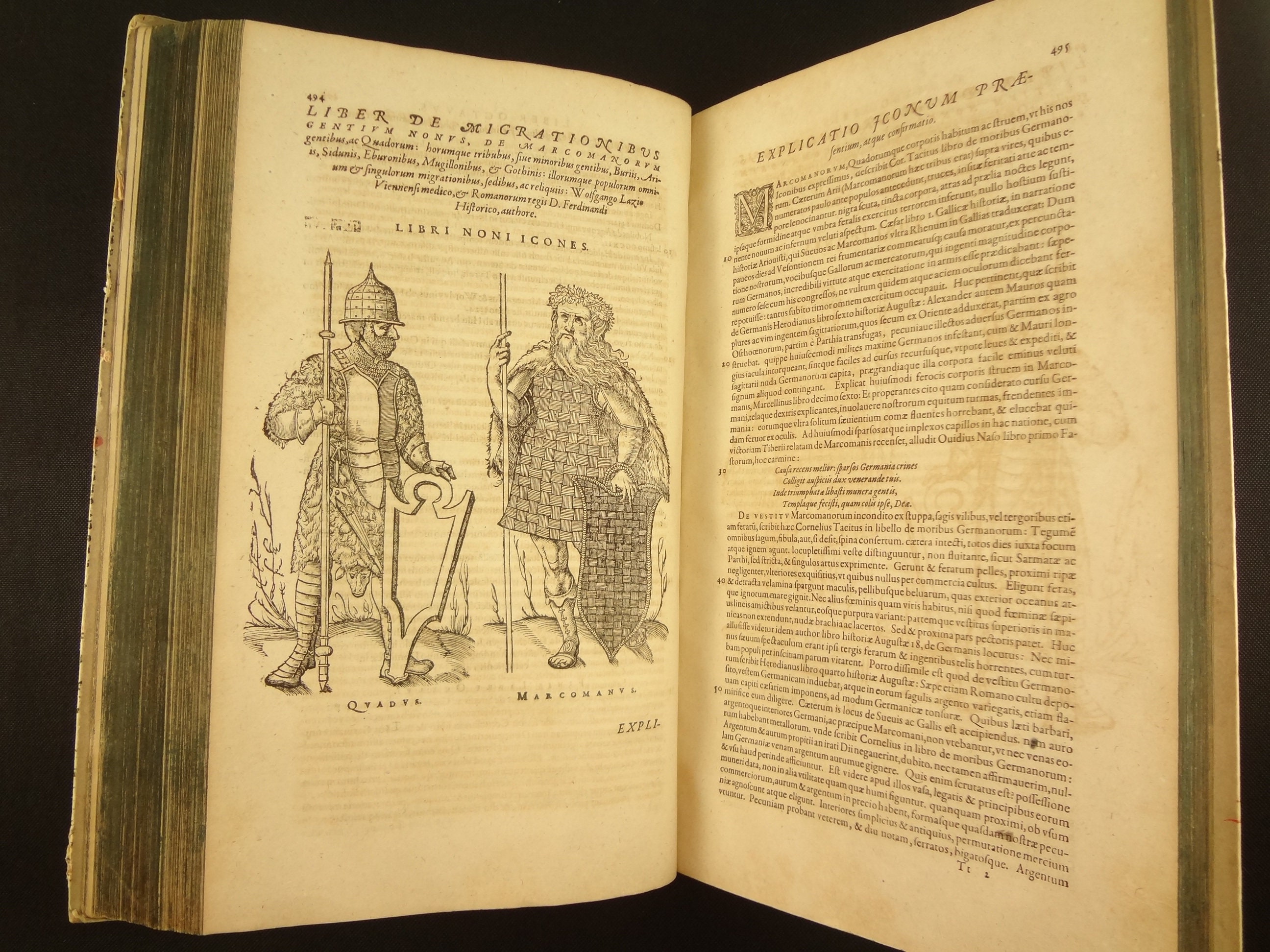 This work is broken into twelve "books"; some of the people groups discussed are still commonly discussed (Celts, Lombards), others are less familiar (Marcomanorum, Boiorum, etc.).

The illustrations of the historic costumes are excellent (see pictures).

“Lazius was an Austrian humanist who worked as a cartographer, historian, and physician. Lazius was born in Vienna, and first studied medicine, becoming professor in the medical faculty at the University of Vienna in 1541. He later became curator of the imperial collections of the Holy Roman Empire and official historian to Emperor Ferdinand I. In that capacity, he authored a number of historical works, in research for which he traveled widely, amassing (and sometimes stealing) documents from numerous monasteries and other libraries.” - Wikipedia

The Gratian leaves are very similar to the incunable printings of the late 15th century. Go to Google Images and search for “Decretum Gratiani, Eggestein, 1471” (the editio princeps, or 1st printed edition). There you will see the similarities to the earliest printing, although these leaves are not an exact match. I have not found the exact edition match yet.

See pictures. Binding is worn with some rubbing and corners bare; spine has been crudely quickly repaired with a large strip of antiphonal vellum - endbands at top and bottom of spine look great.

Inside - there are several creases on the title page, and a stamp and signature have been excised at the bottom, the paper then repaired. Graphite bookseller mark on rear of title page. Slight separation at hinge pages 14 to 15. Blue underlining on pages 13, 14, 15, 27, 28 & 29. Deckled edge at top of page 33. Page 37, the binding trimming process cut the top border line of the woodcut (illustration bound sideways). Occasional spots throughout, toning throughout and the woodcuts ghosted lightly onto the facing pages.

A handsome work, mostly clean throughout, with nice margins.