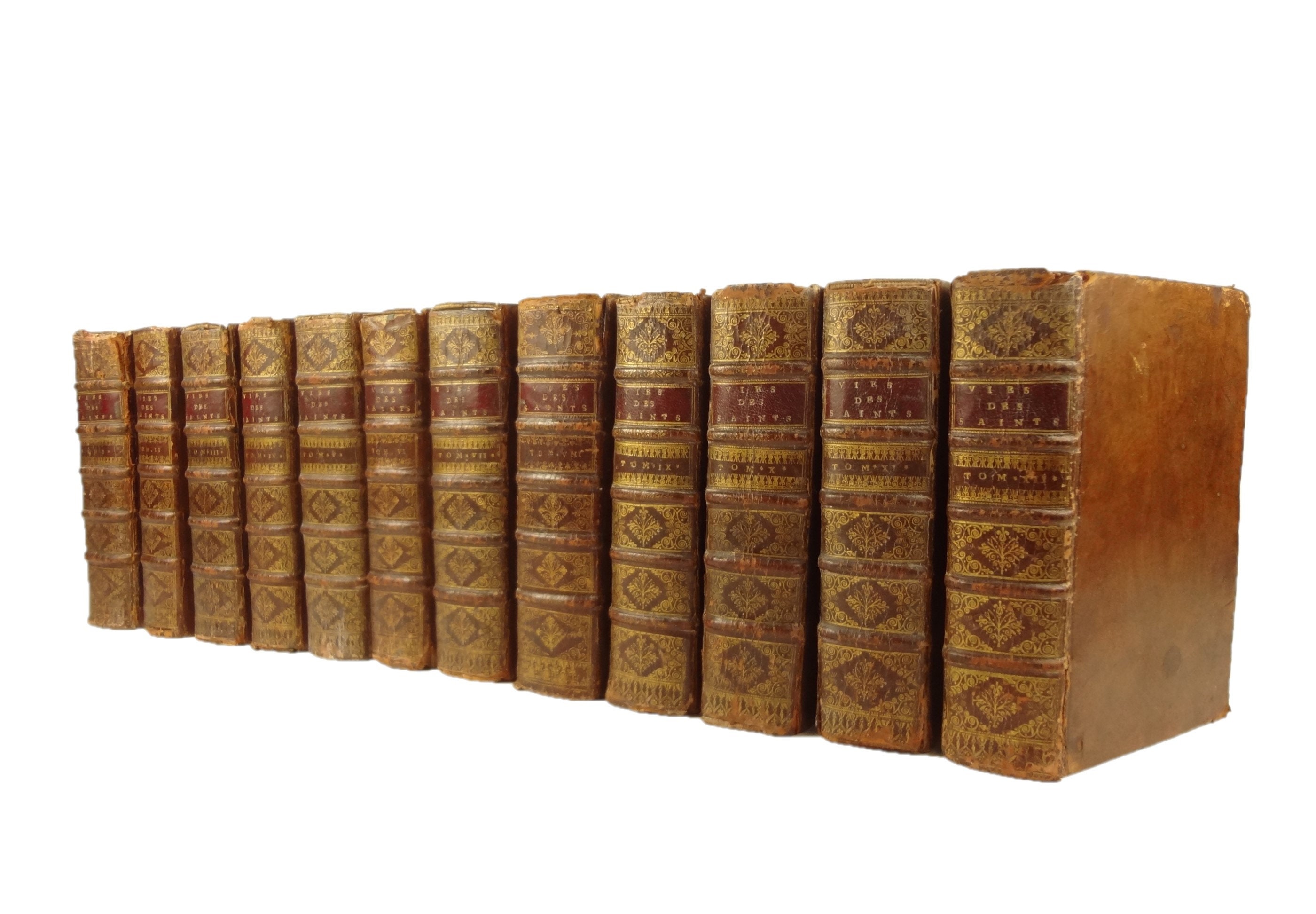 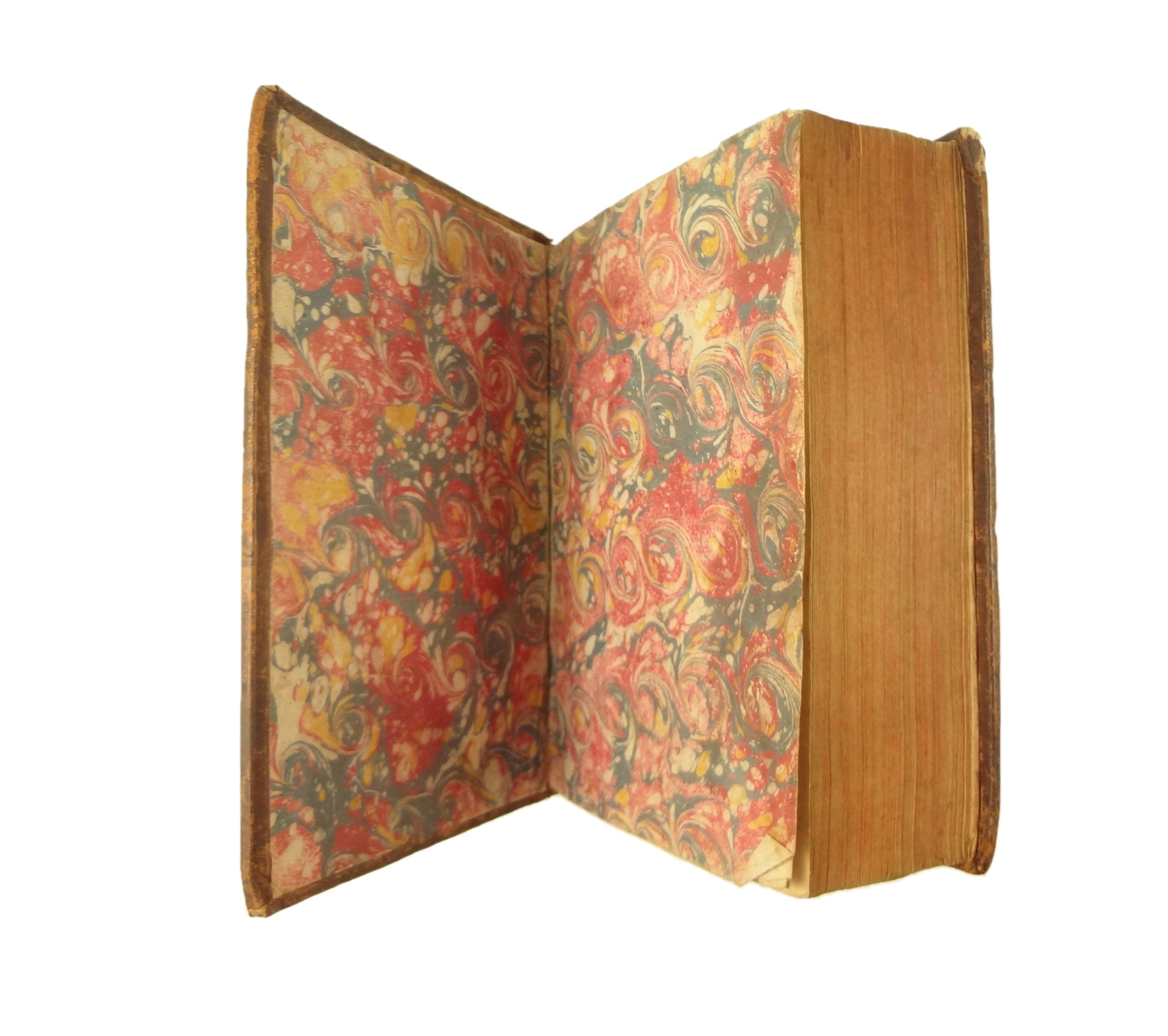 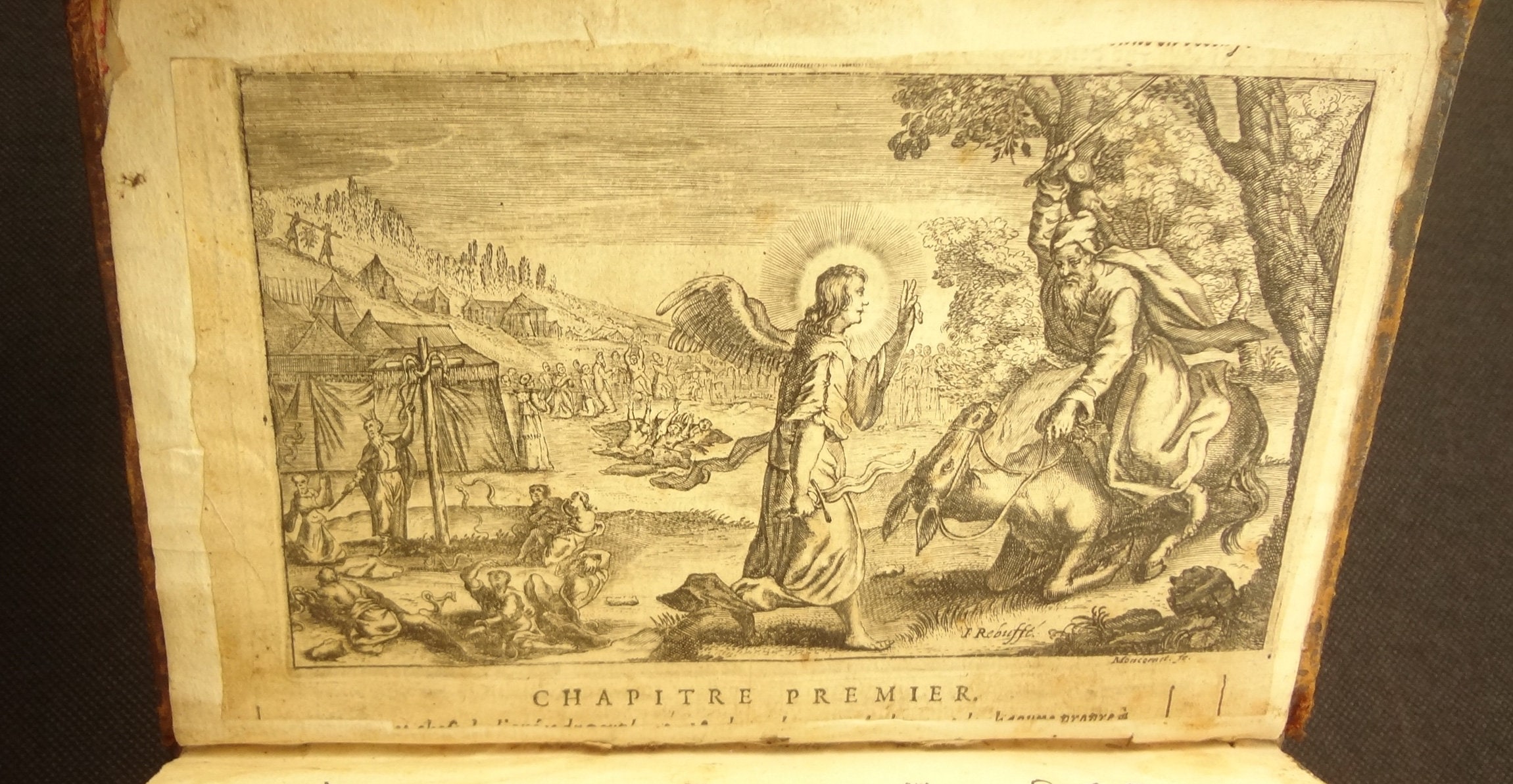 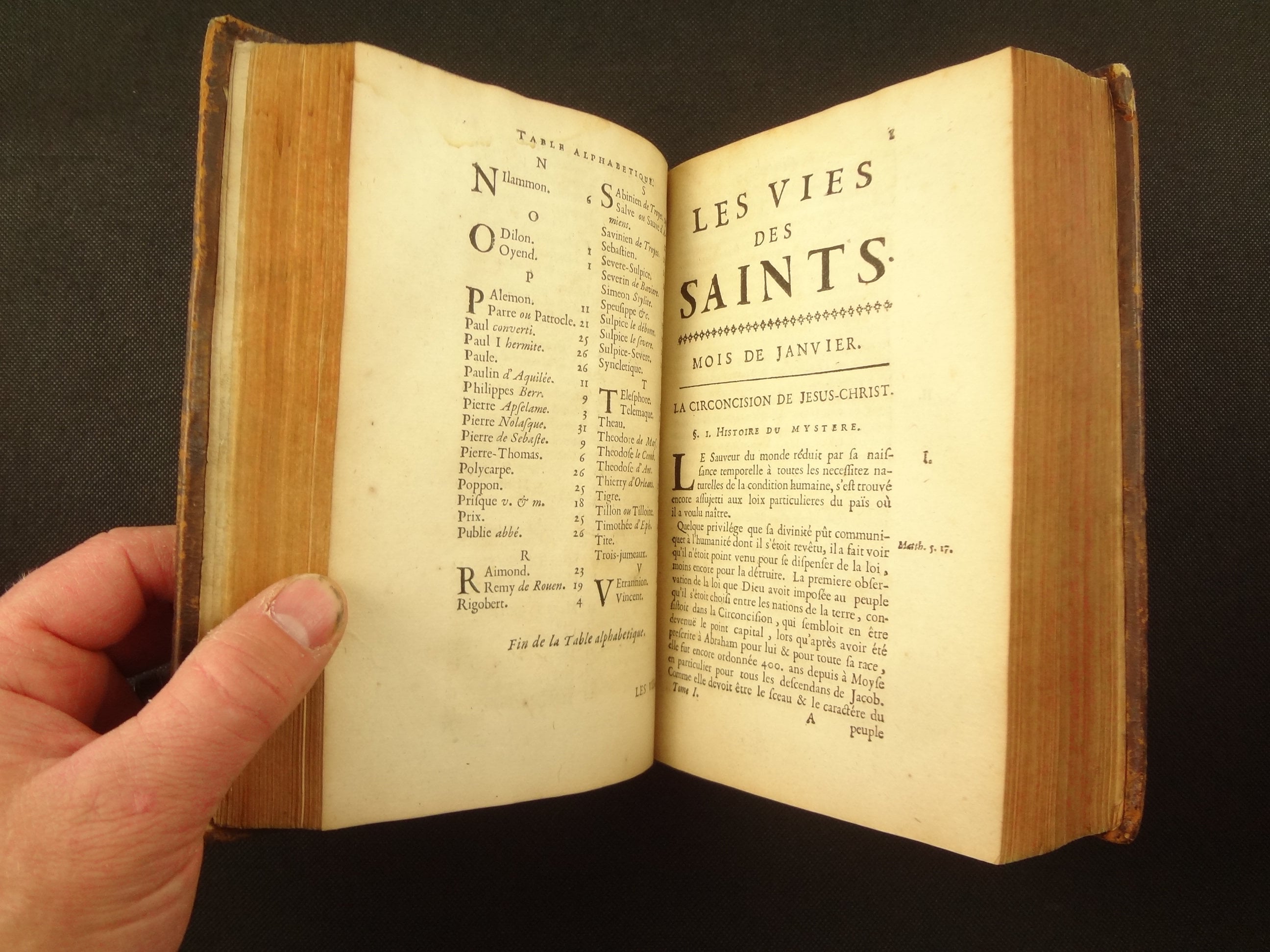 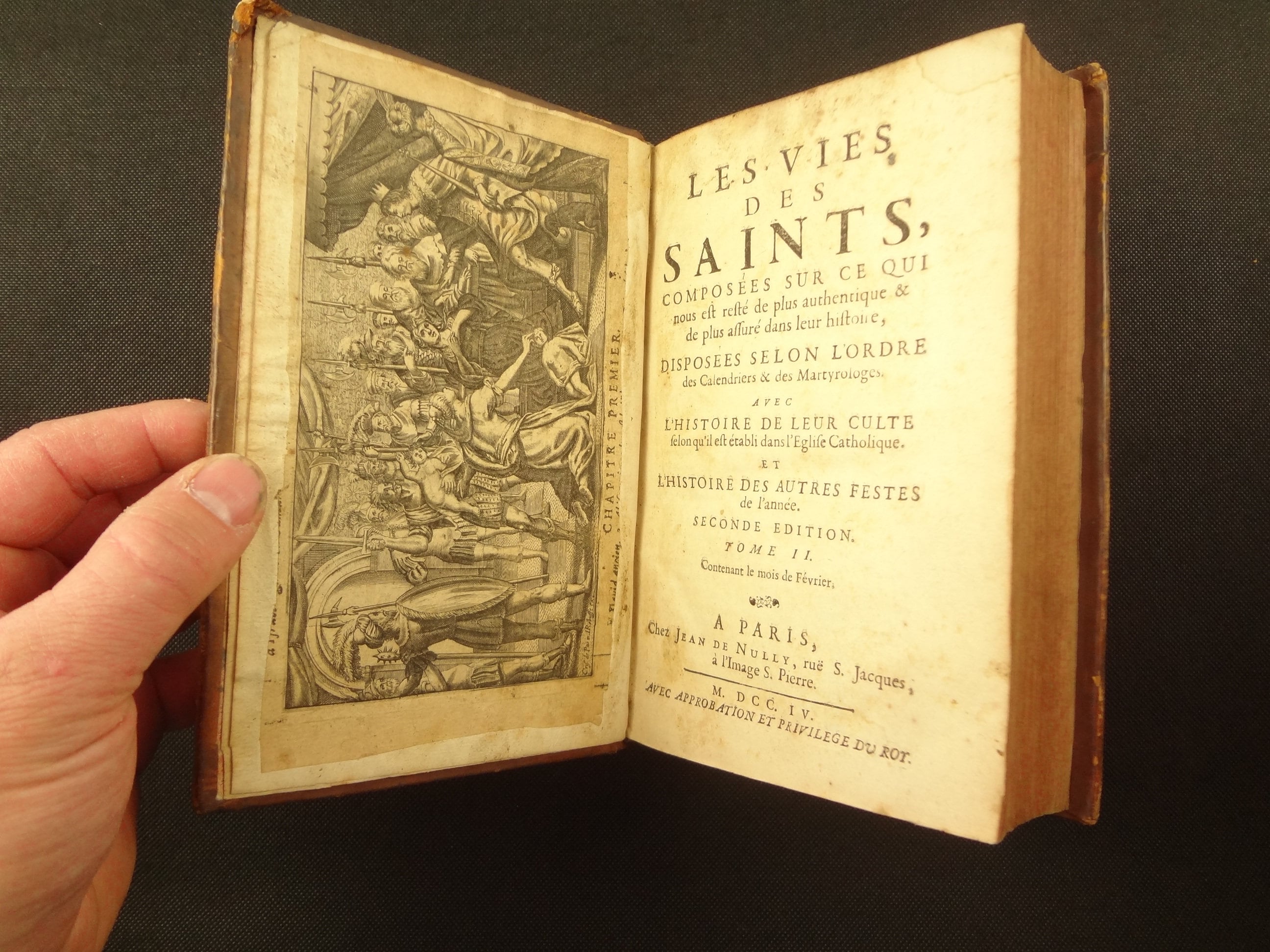 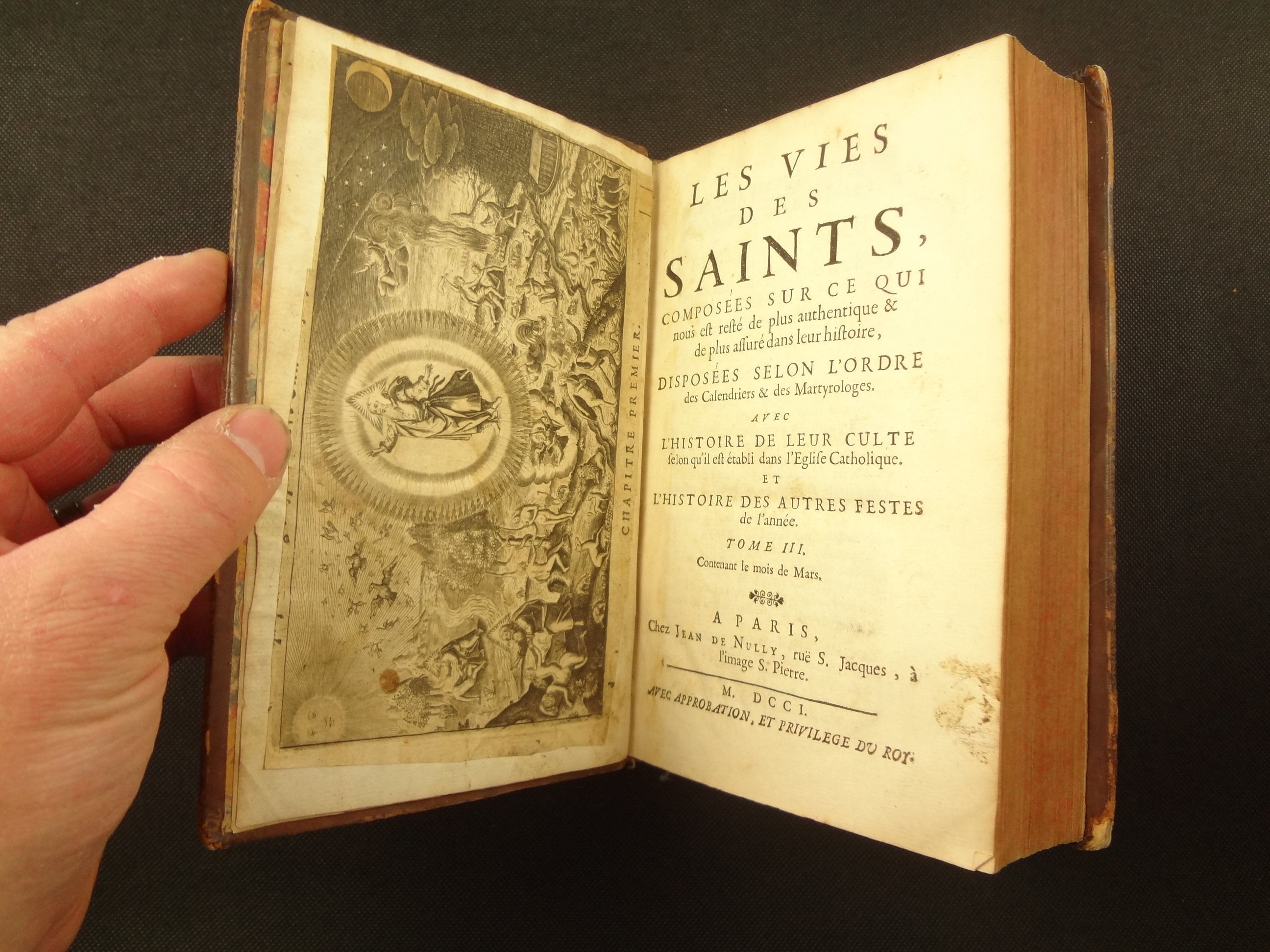 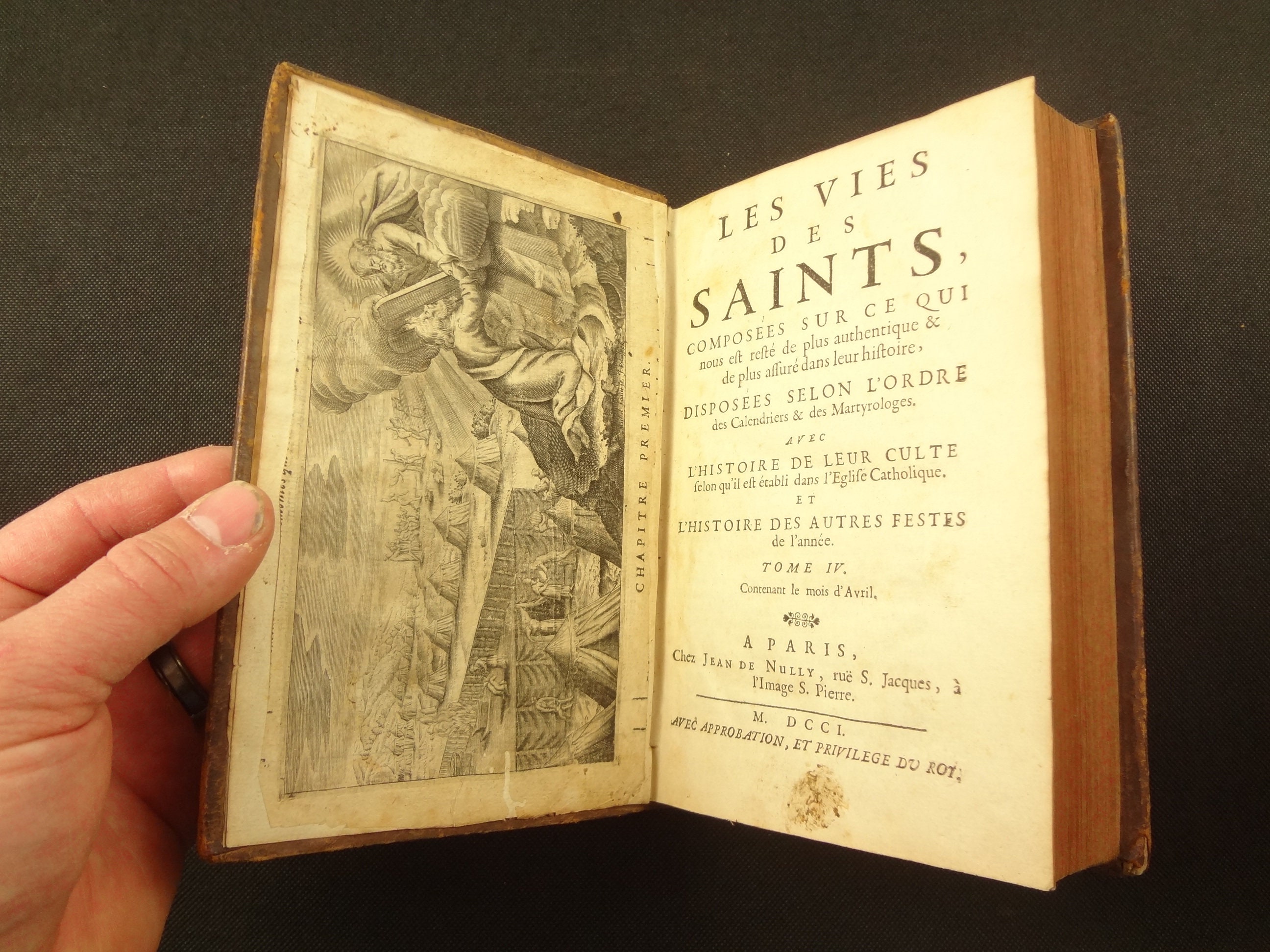 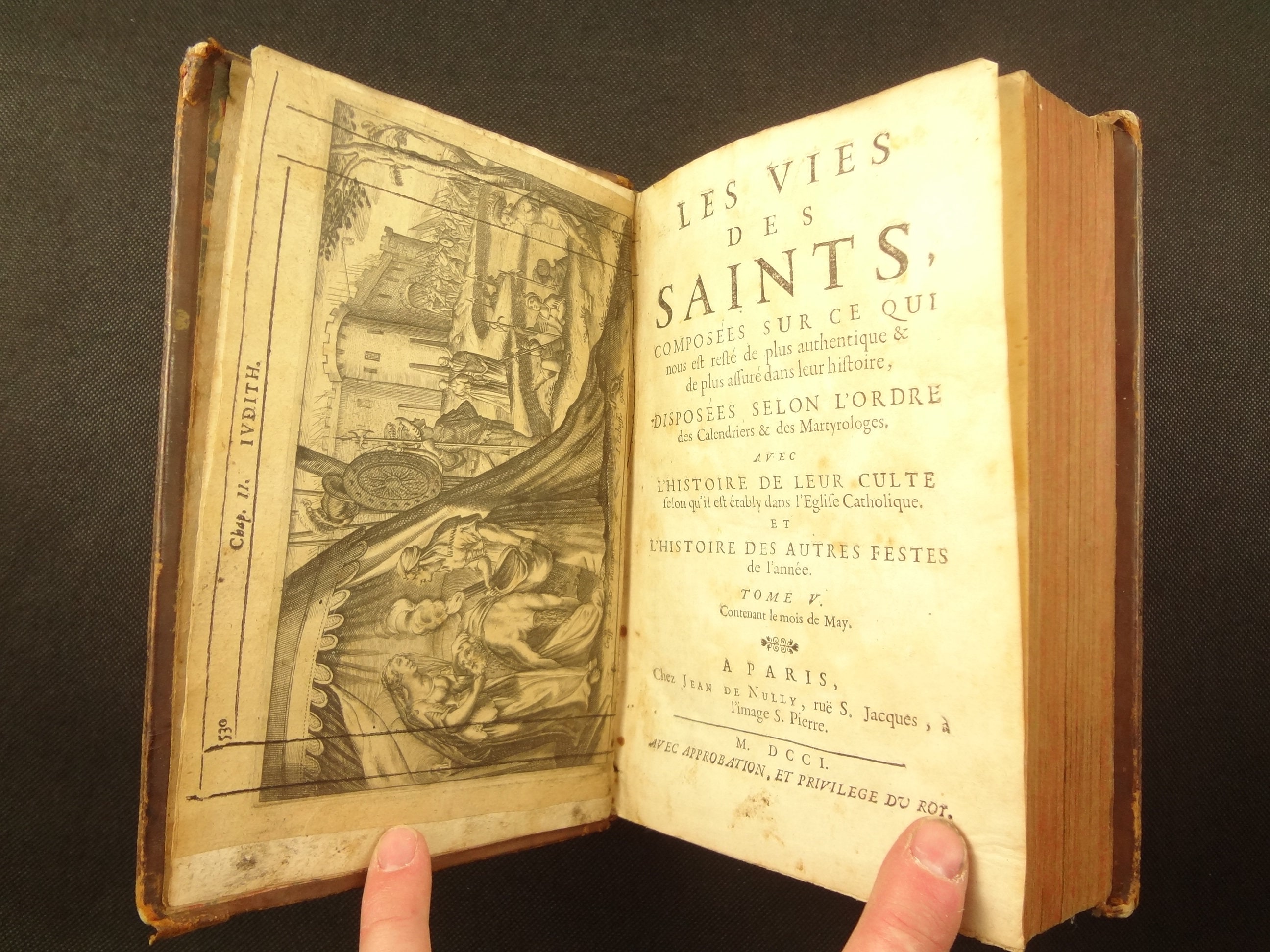 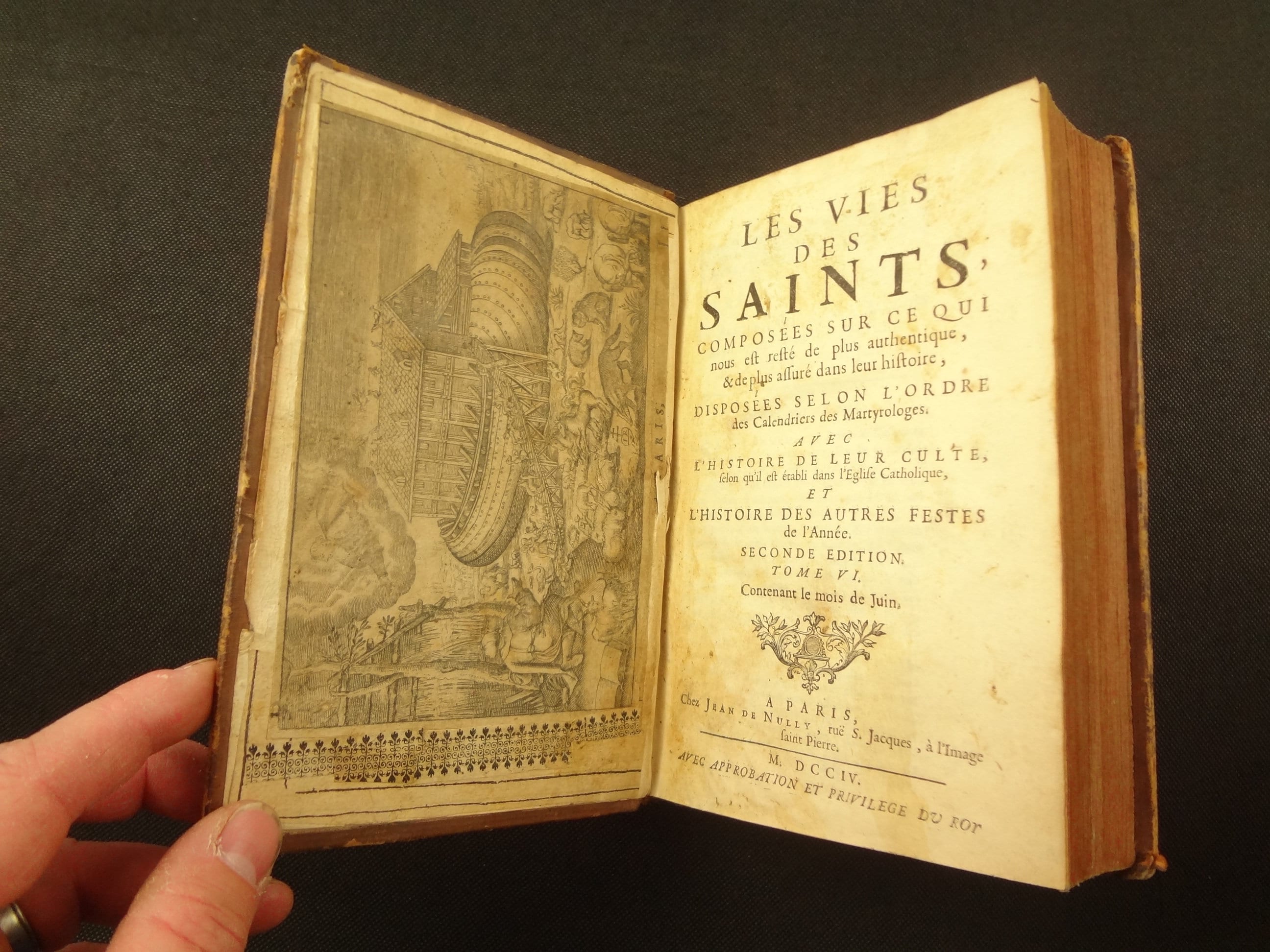 A wonderful twelve volume calendar of saints, martys, holidays/feasts, etc.., authored/edited by Adrien Baillet, and published in Paris in 1701. Bound handsomely! This work starts in January 1st, in Volume One, and takes twelve volumes to reach December 31st. Extra illustrated, as someone pasted in biblical engravings by Rebusse, of the same period, as a frontis illustrations for each volume.

Using Worldcat, I've found this is the earliest edition of this work (therefore, first edition); OCLC #702614329. The bibliography can be confusing because Baillet also published a Lives of the Saints (Vies des Saints) in 1701, in four volumes. This work is actually a calendar, that includes the lives of the saints, but also the martyrs, the holidays and feasts, etc.. See below, for the complete title.

Born in the village of Neuville near Beauvais, in Picardy. His parents could only afford to send him to a small school in the village, but he picked up some Latin from the friars of a neighboring convent, who brought him under the notice of the bishop of Beauvais. By his kindness Baillet received a thorough education at the theological seminary, and was afterwards appointed to a post as teacher in the college of Beauvais. In 1676 he was ordained priest and was presented to a small vicarage.

He accepted in 1680 the appointment of librarian to François-Chrétien de Lamoignon, advocate-general to the parliament of Paris. He made a catalogue raisonné (in 35 vols.) of its library, all written with his own hand. The remainder of his life was spent in incessant, unremitting labor; so keen was his devotion to study that he allowed himself only five hours a day for rest.

Each measures approx. 19 x 13 x 4 cm (some wider, some thinner). Calf. Spine with five raised bands and rich in gilt; title and "tom." in gilt on red Moroccan in two compartments, others with a central floret and with corner decorations. All edges red. Marbled endpapers. Extra illustrated.

See pictures. Shelf wear with worn edges, rubbing, etc. Most of the spines have chipping at the top and bottom, with an occasional missing endband. Dusty edges. Many bookseller notes and a 1904 signature on the back of the blank unpaginated front endpaper. Throughout the twelve there is an occasional foxing, toning (throughout), dog-eared pages, edge tear, underline, etc.. All have contemporary biblical engravings pasted in a frontis portraits (extra illustrated). Despite condition notes, the text blocks are in a nice condition. Bookbinders notes on rear endpapers. A handsome set, that display well on the shelf.