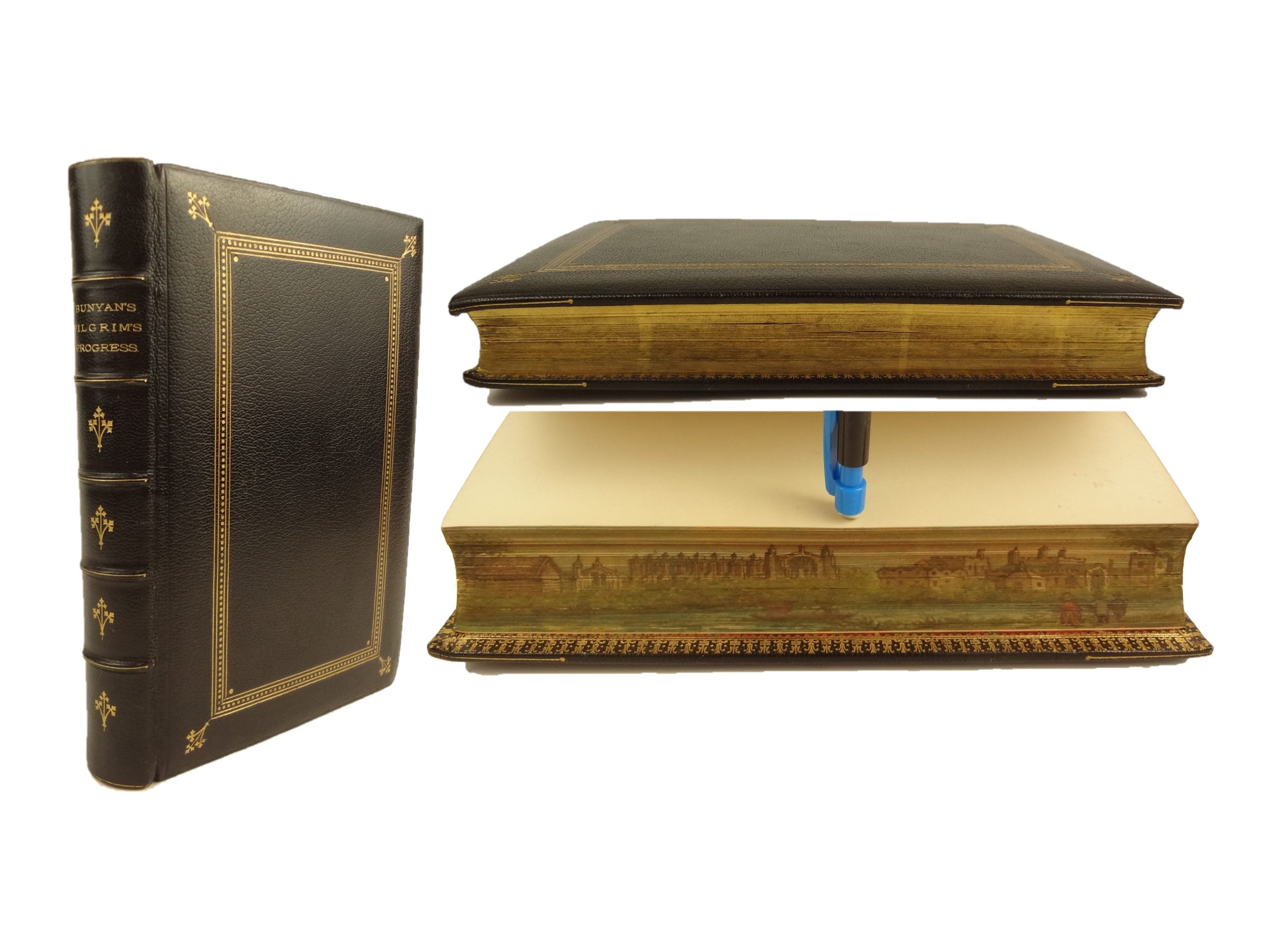 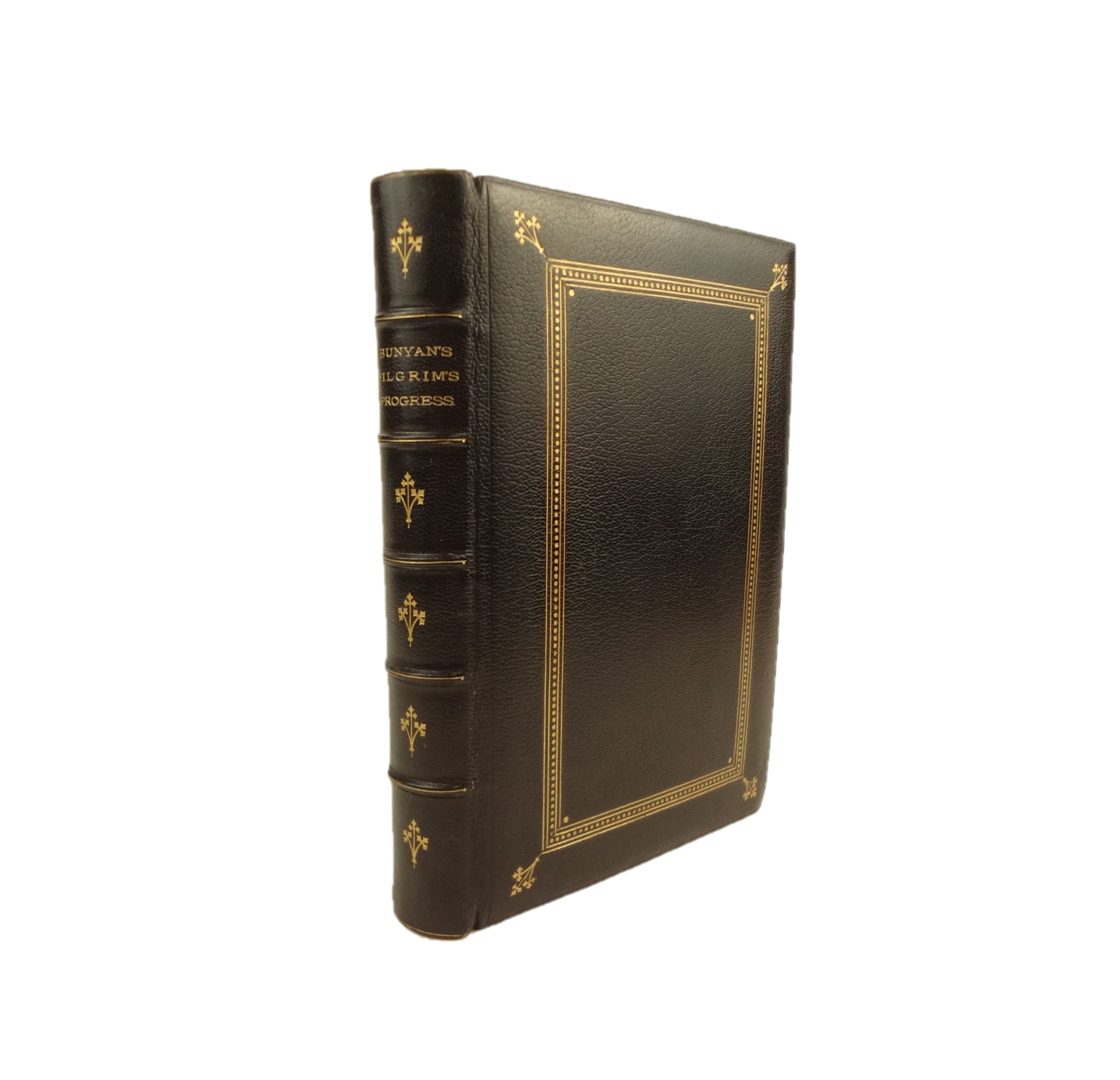 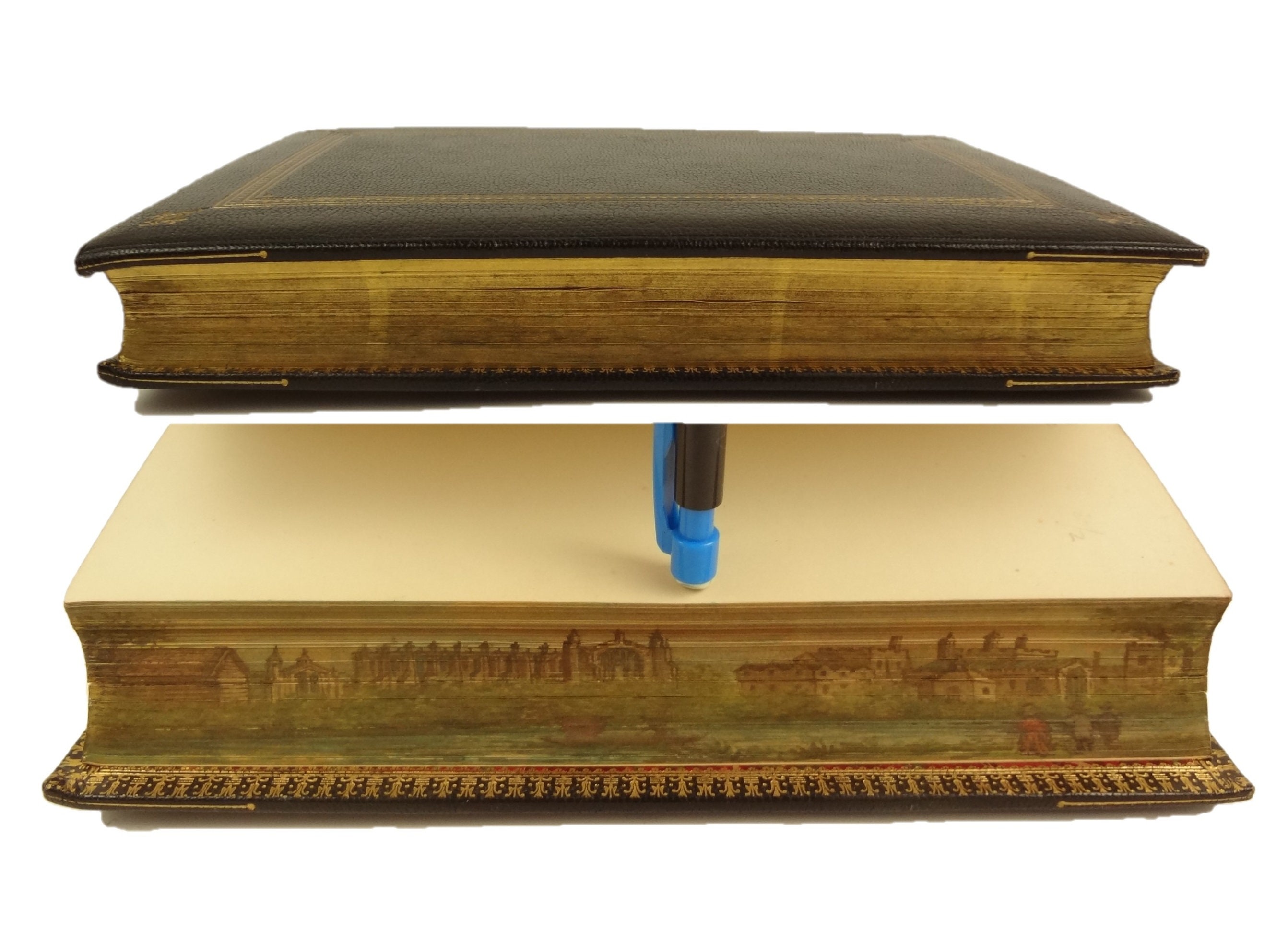 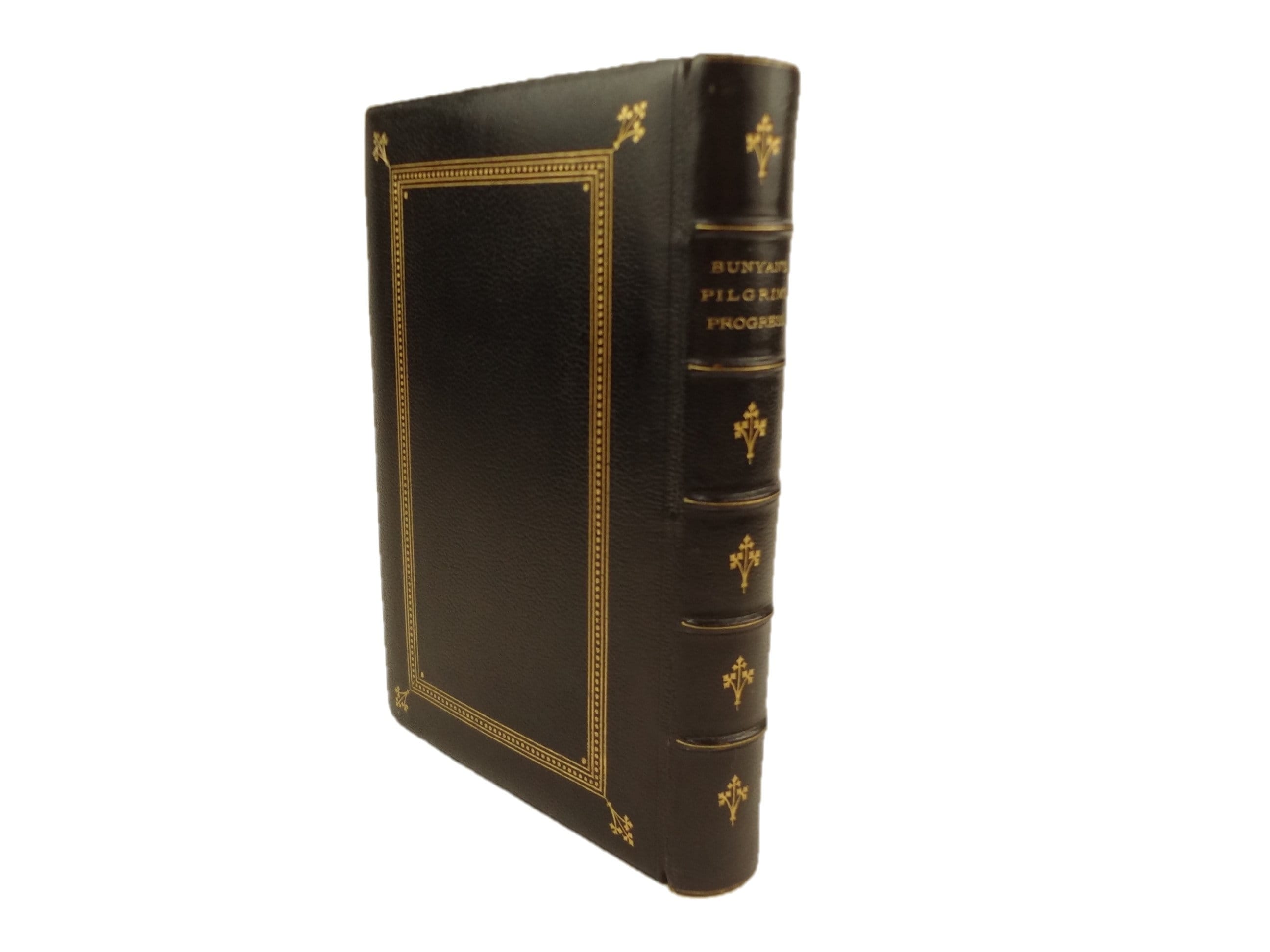 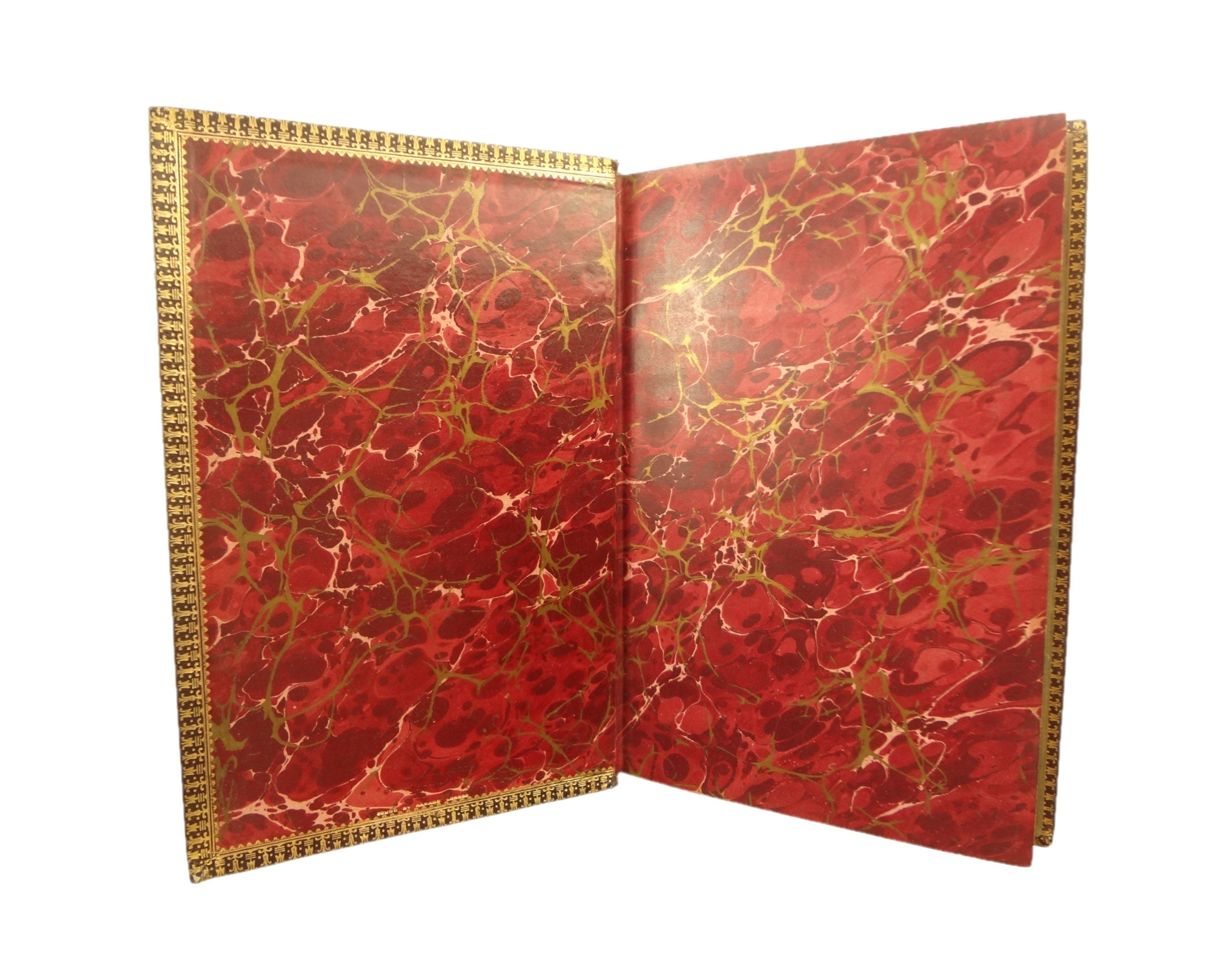 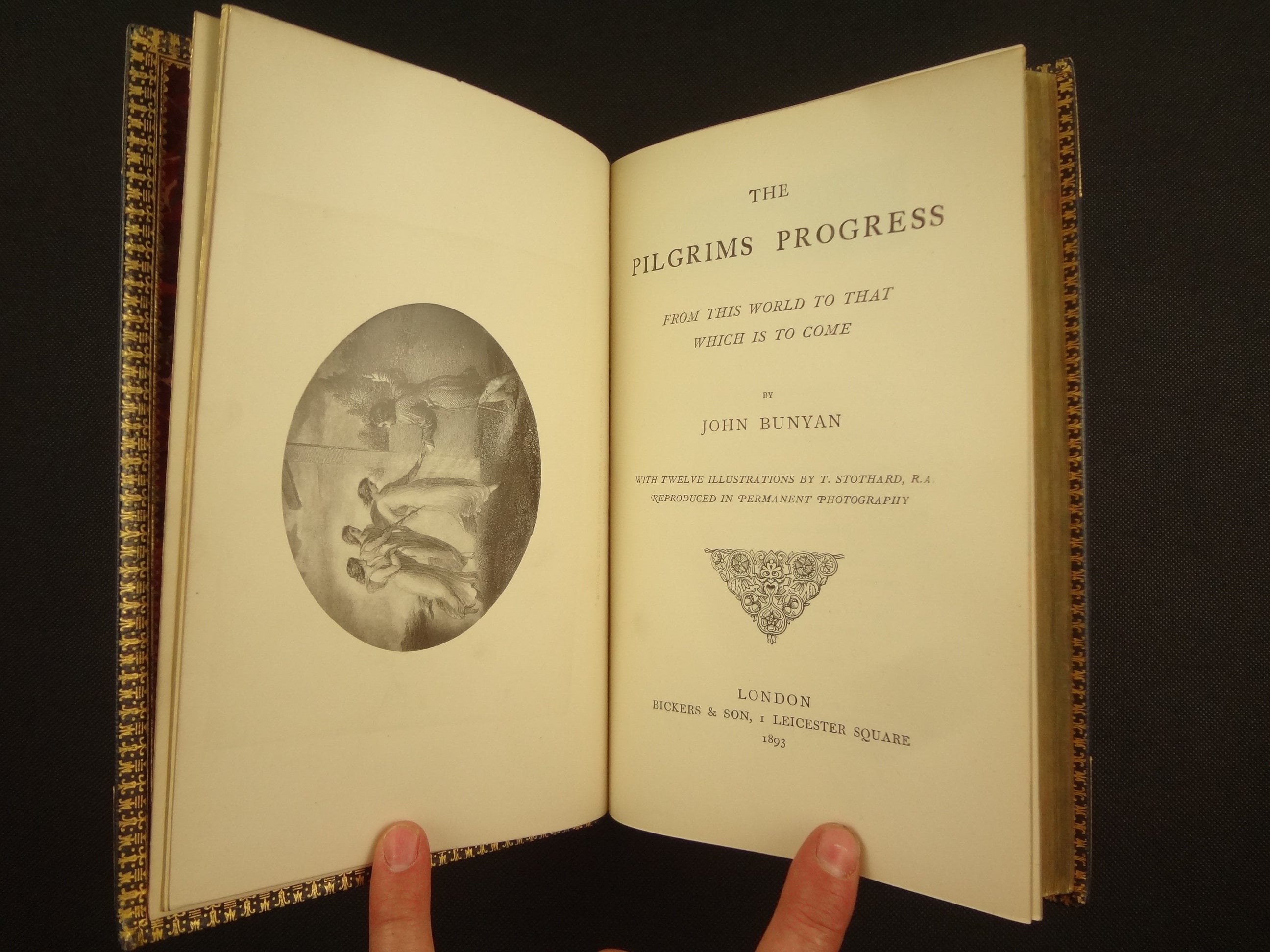 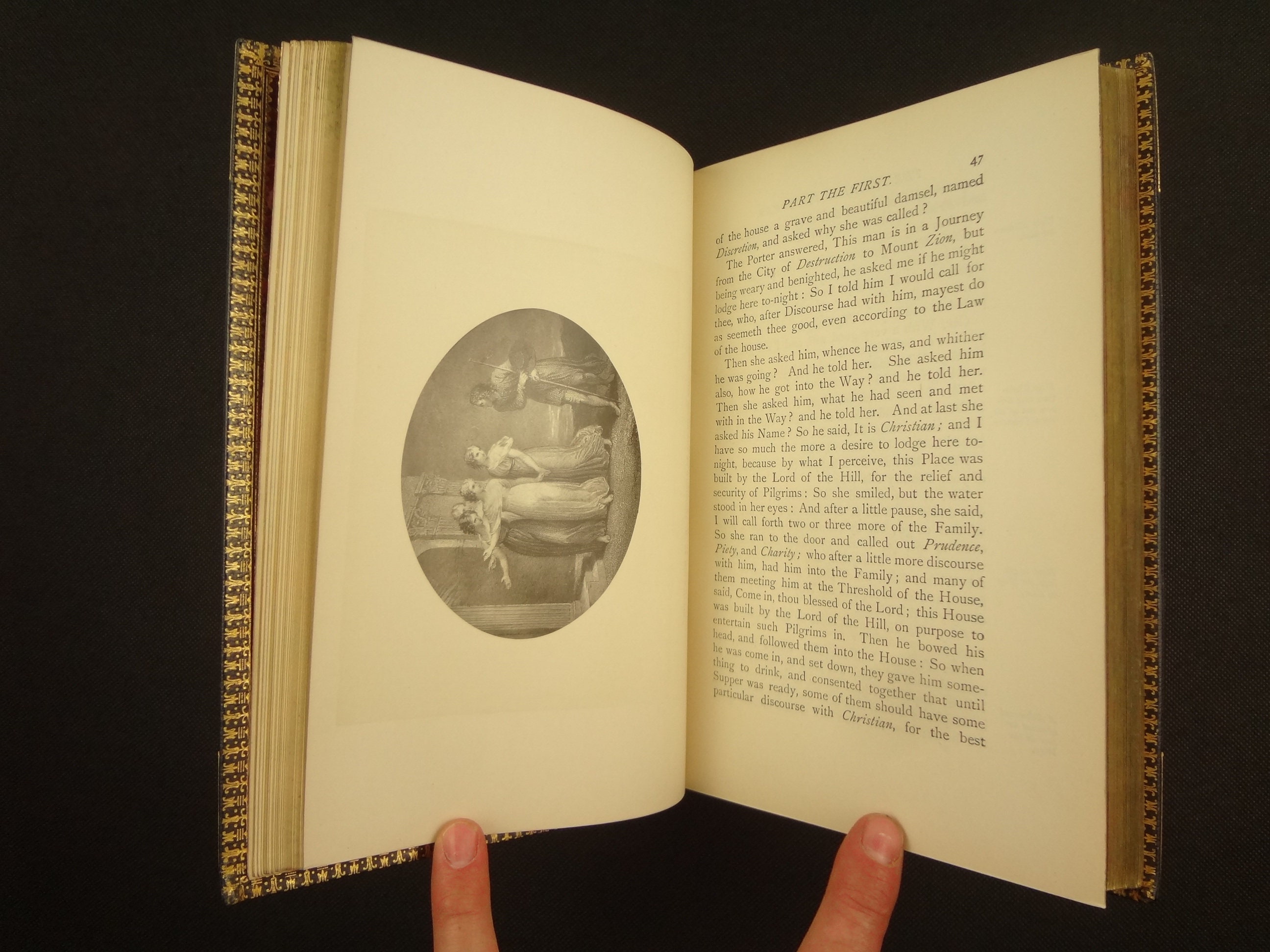 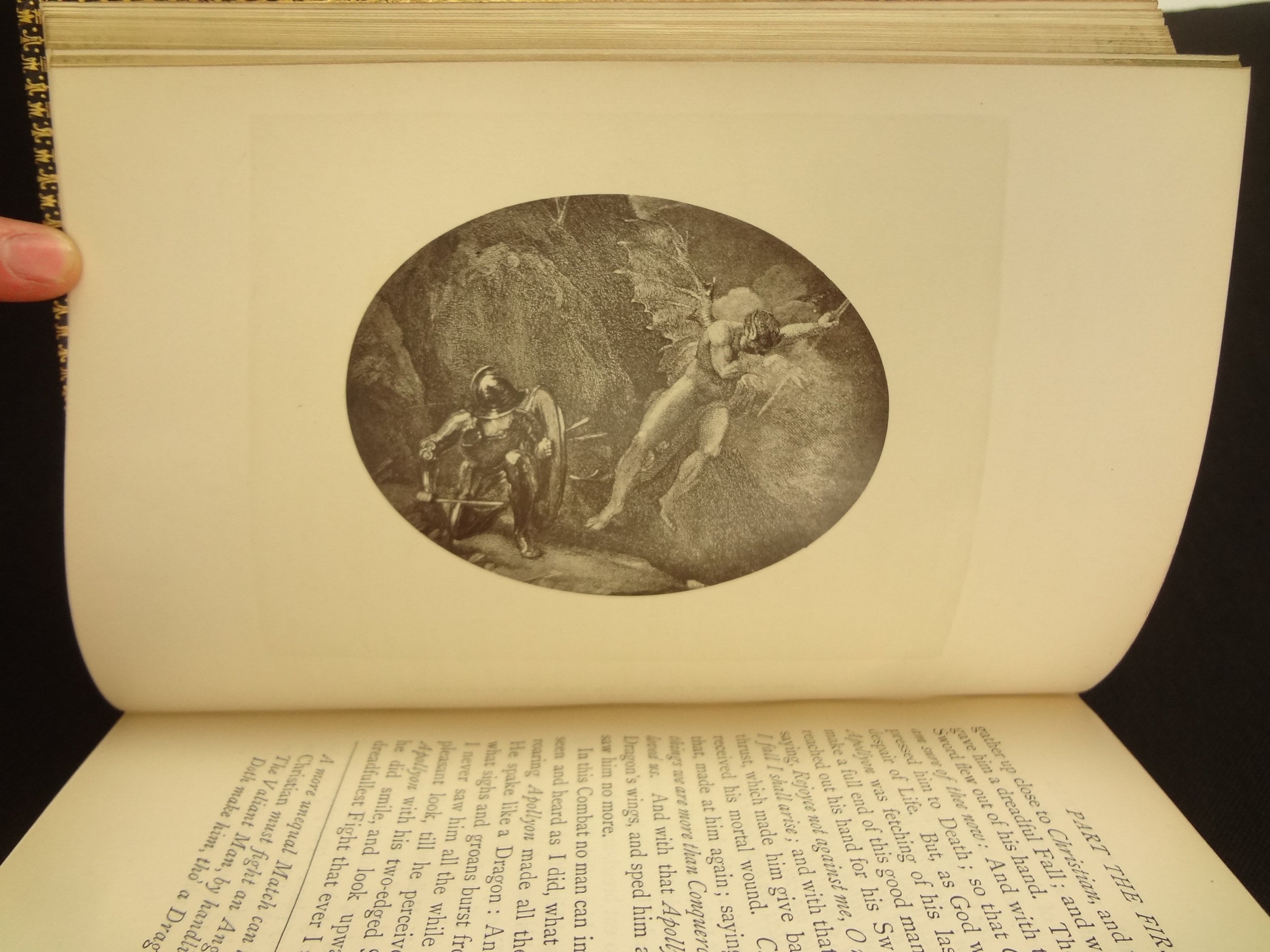 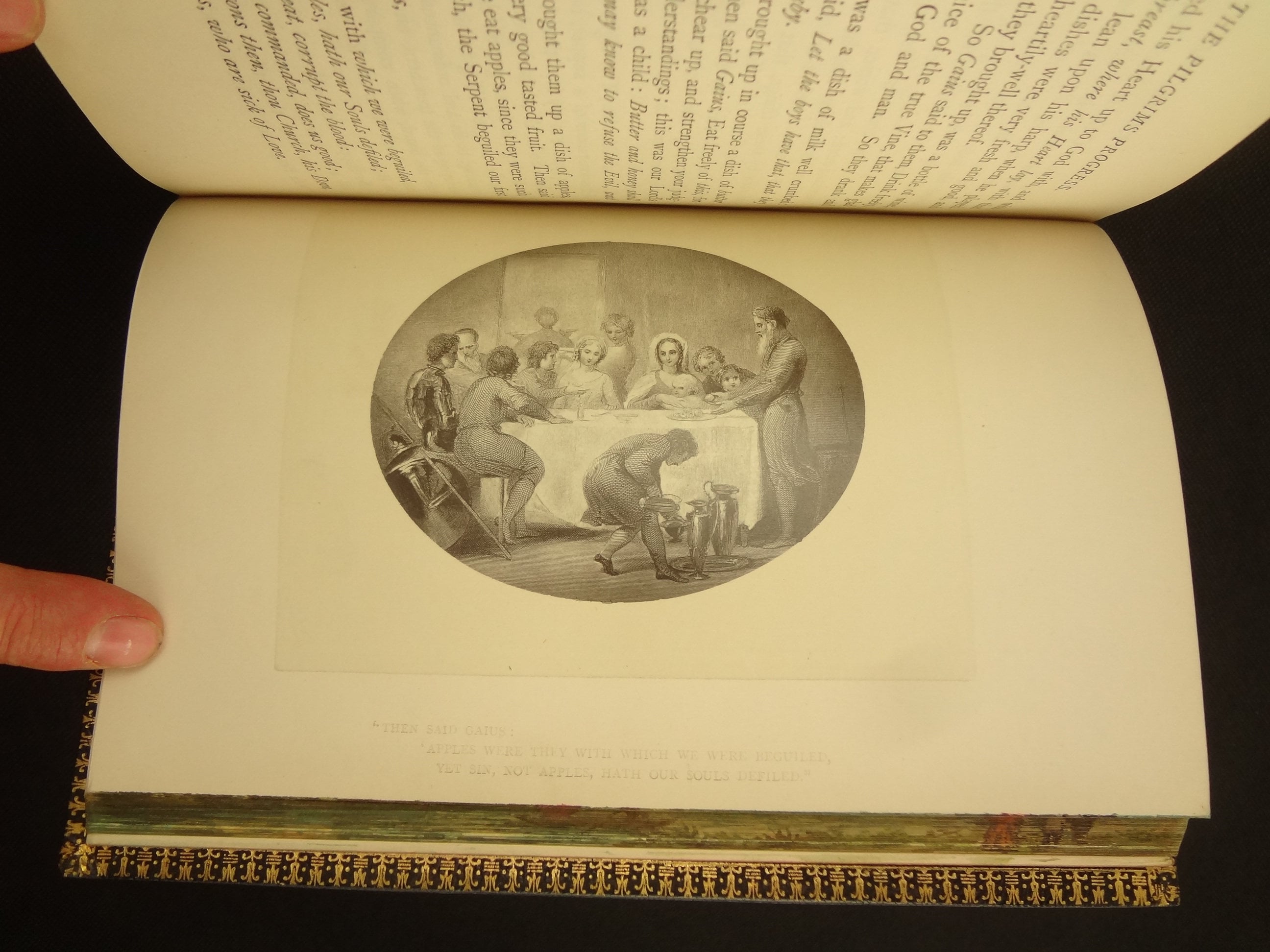 A beautiful example, and edition, of one of the most significant works of religious English literature, John Bunyan's venerable Pilgrim's Progress. This copy finely bound, and signed (stamped, pastedown) by Ramage of London, with the fore-edge hosting a painting under gilt of an idyllic river scene with a medieval cathedral in the background.
About the Work -

Pilgrim's Progress is a Christian Allegory, first published in 1678. It follows the journey of Christian, an everyman character, as he progressed through life towards a heaven-like destination. Along the way Christian experiences many perils and miraculous occurrences.

Samuel Johnson said, "this is the great merit of the book, that the most cultivated man cannot find anything to praise more highly, and the child knows nothing more amusing."

It has been translated into more than two hundred languages.

Thomas Stothard (1755-1834) was an English artist who studied at the Royal Academy and produced paintings, illustrations and engravings. "These are popular with collectors for their grace and distinction." - Wikipedia. The first edition of his illustrations for Pilgrim's Progress were published in 1788.

John Ramage (born 1836) apprenticed with John Wright, then worked with Lortic in Paris. In 1860 he returned to the United Kingdom, opening a shop in London in 1863, which produced fine bindings into the 20th century (Booktryst, Bound to be Great posting).

See pictures. A beautiful book. Just a touch of edge wear at leading board edges. Two light rub marks on the rear board, only really visible when you're glancing light off it for inspection. Perhaps the slightest sunning to black, but still quite black. Blank unpaginated binder's endpapers lightly foxed, with "Fine binding by Ramage London" in pencil at front, and binder's notations at rear endpapers. No tissue over illustrations. Tiny chip at top-edge of frontis. The lightest toning to pages. A very pleasing and handsome copy of the classic work.