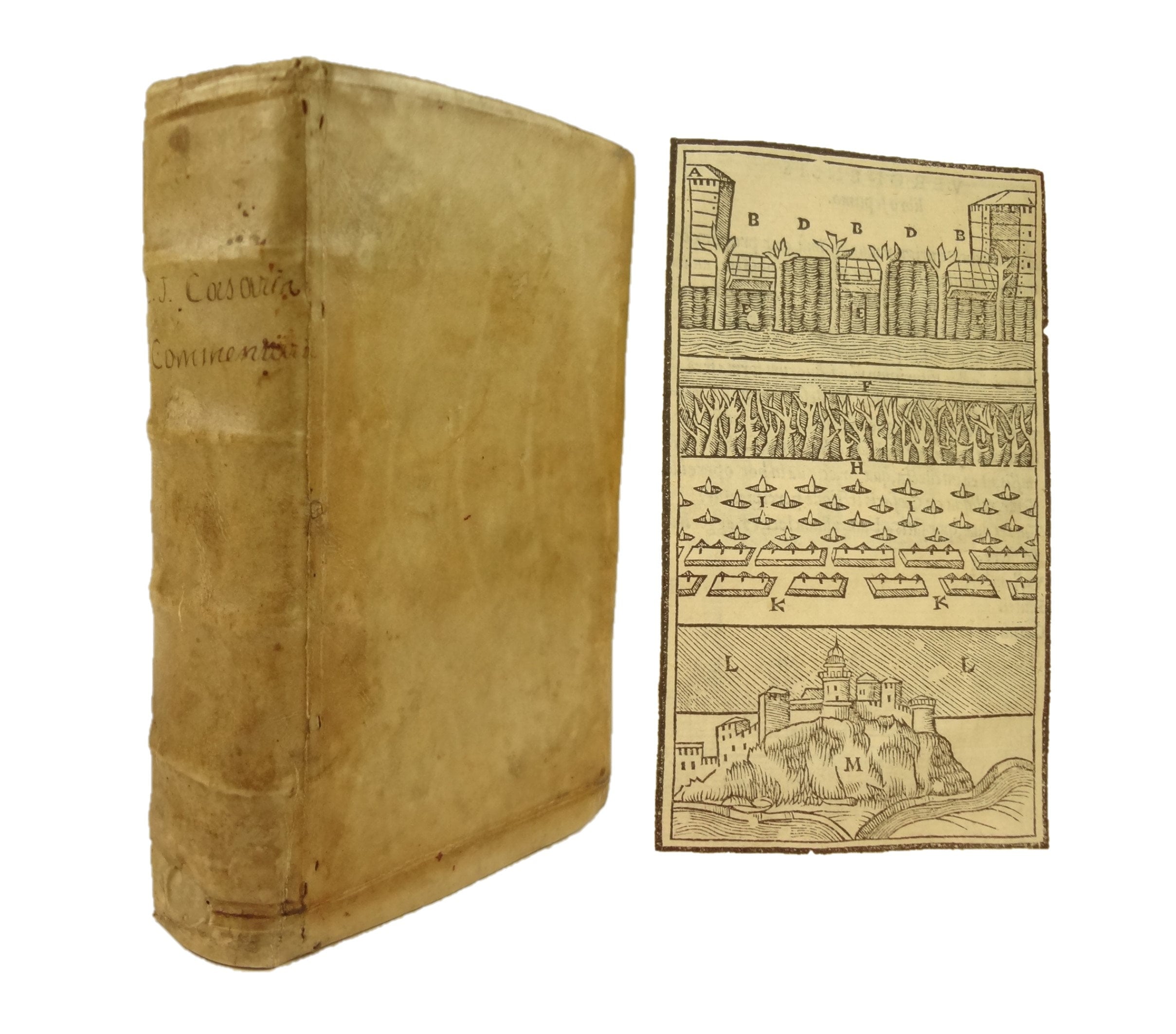 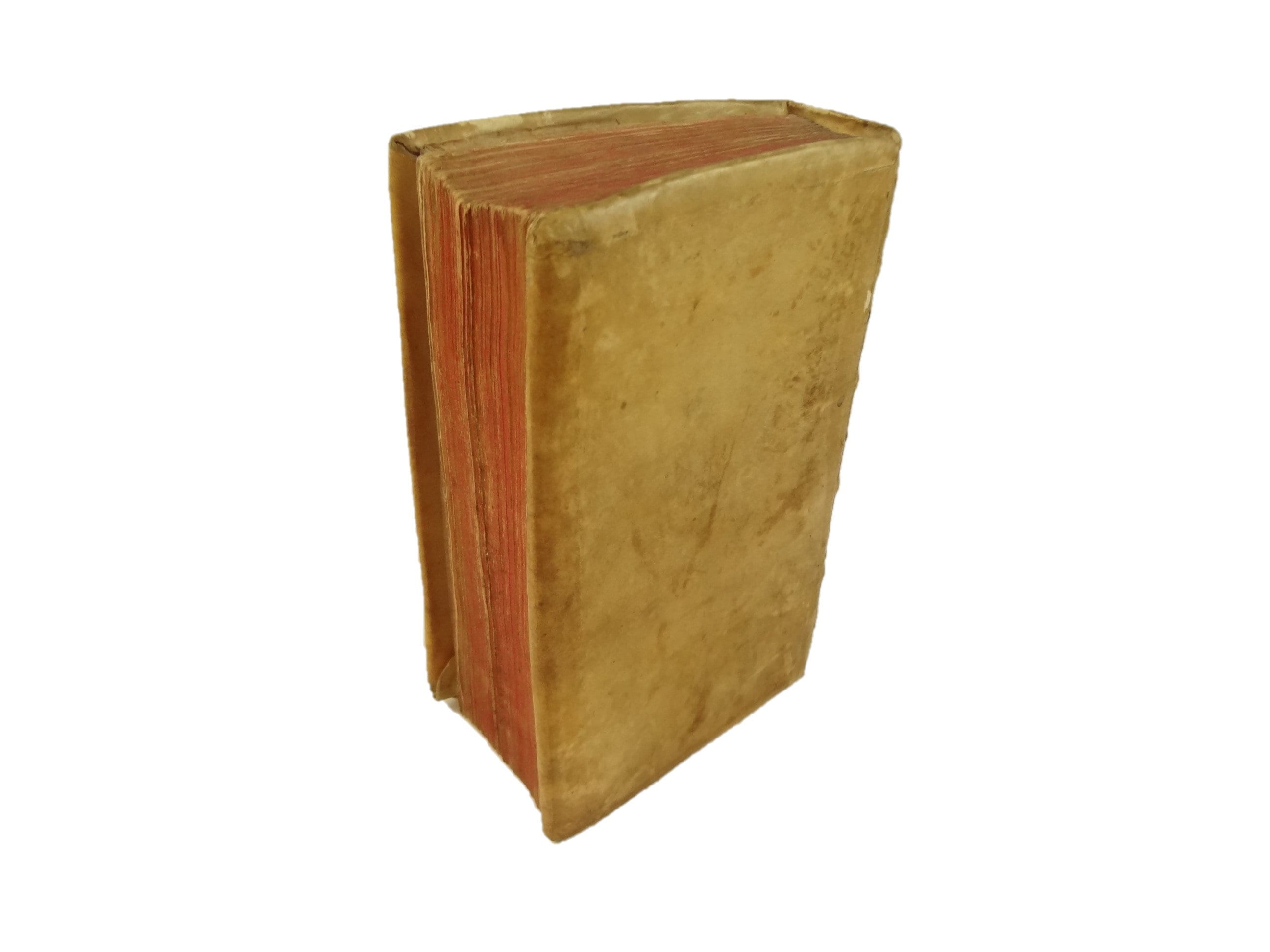 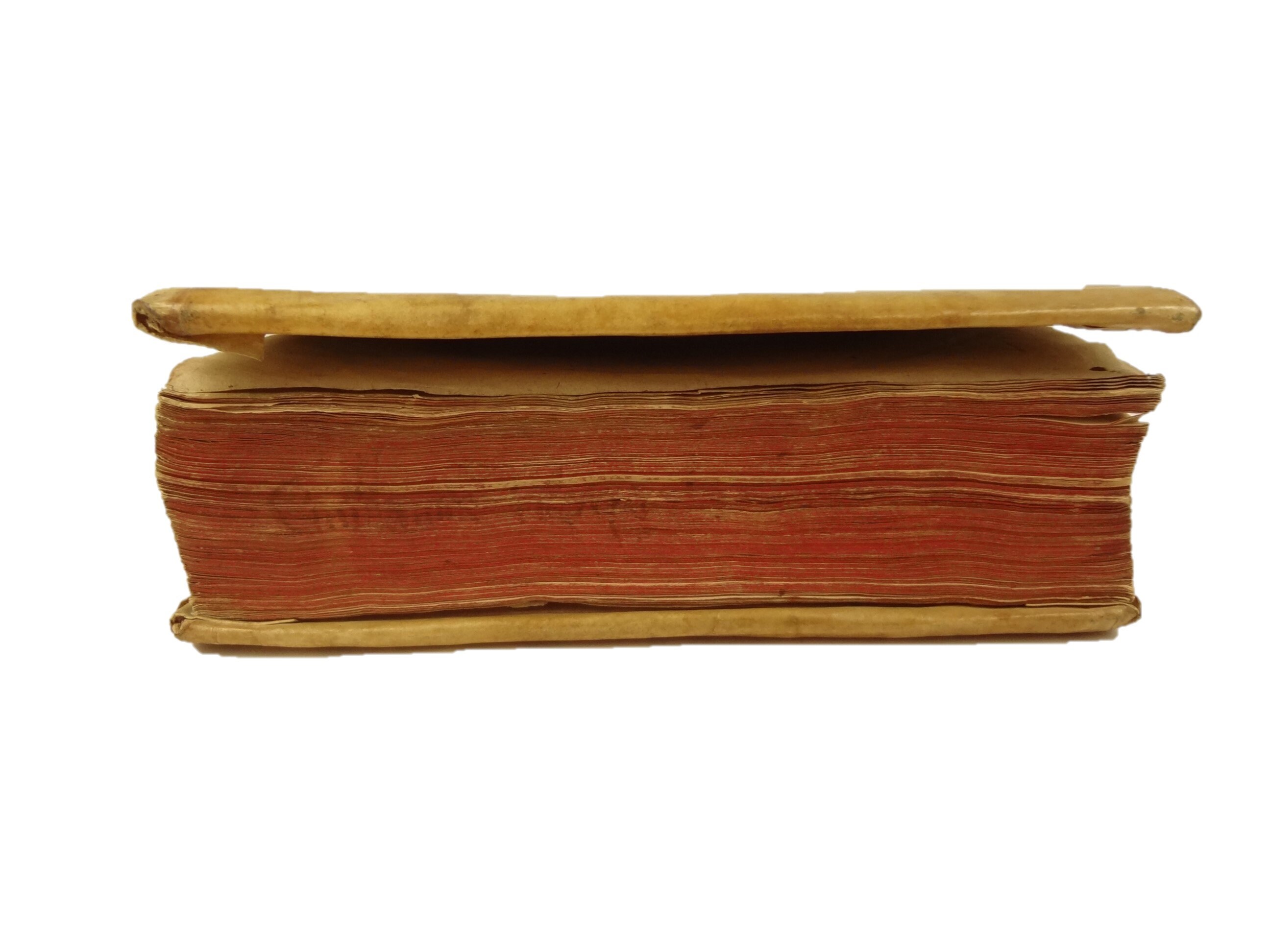 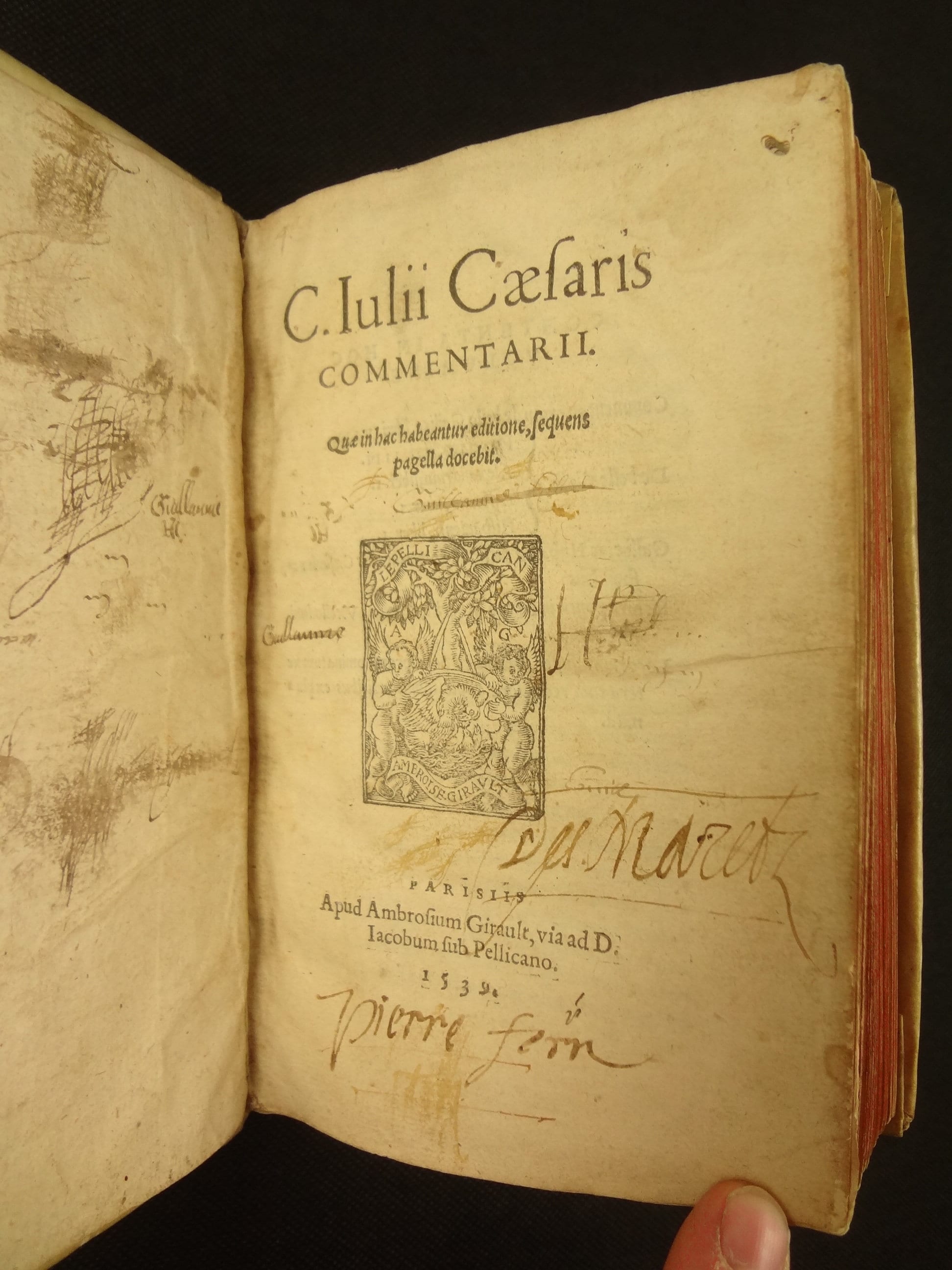 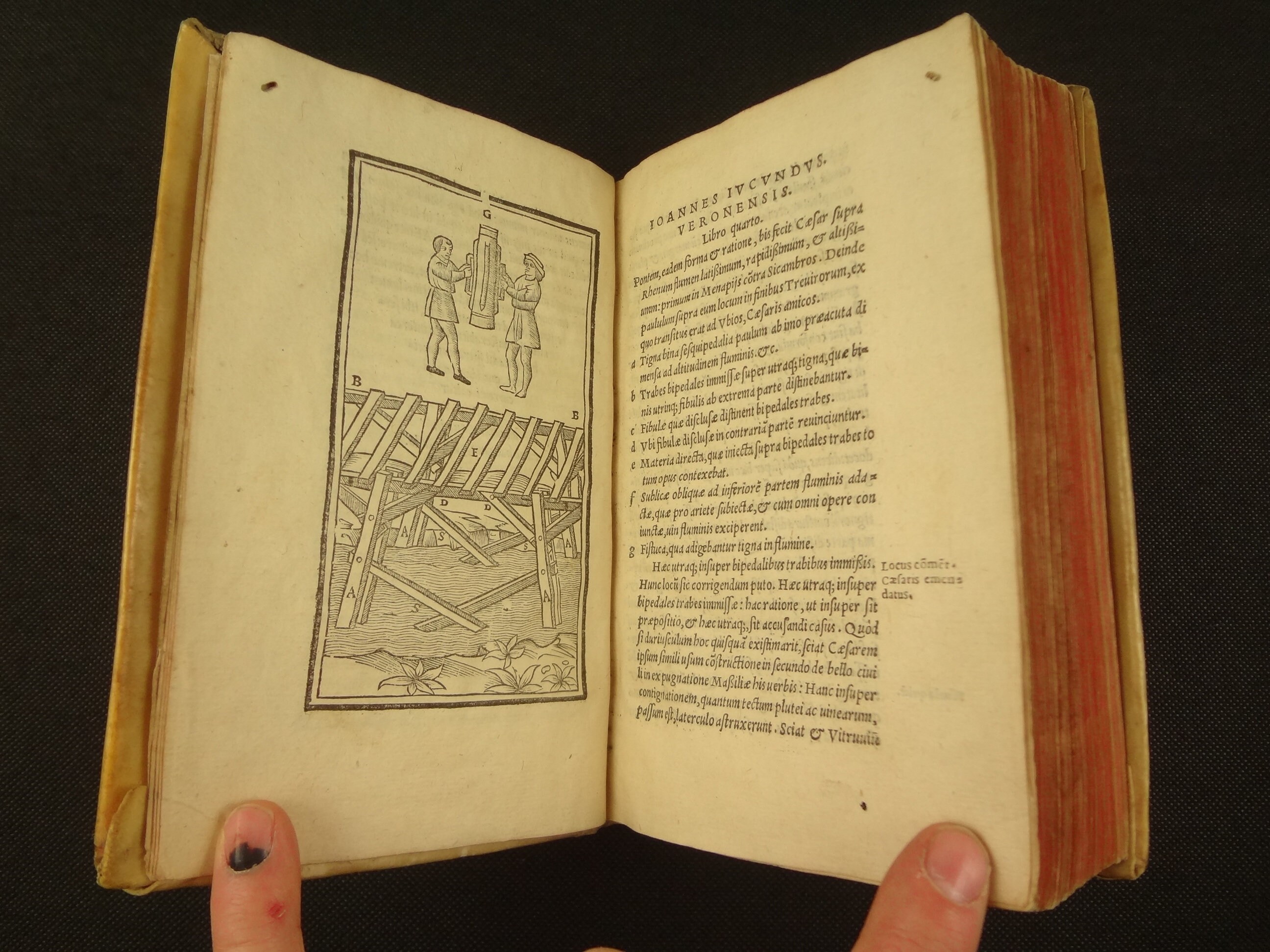 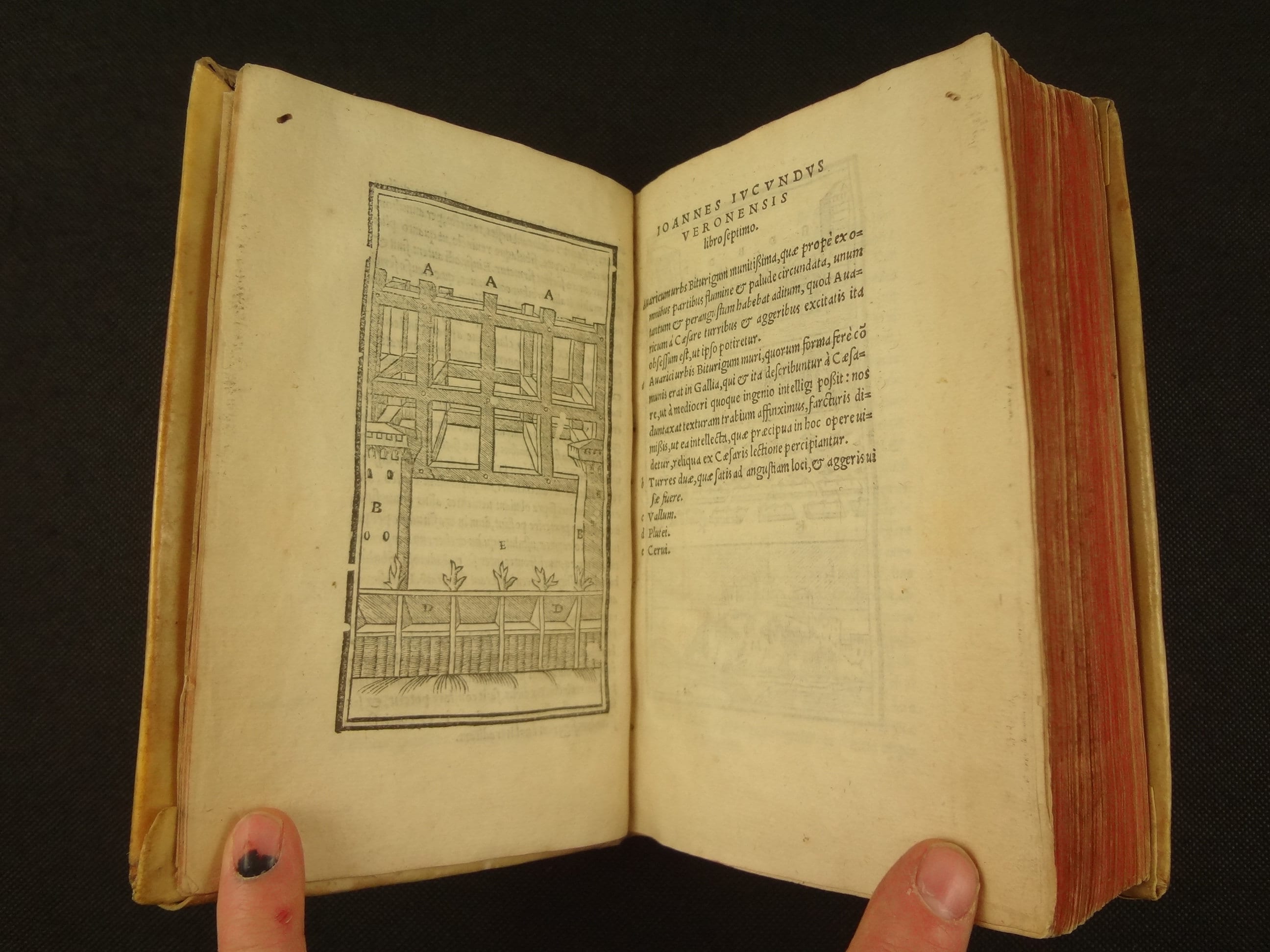 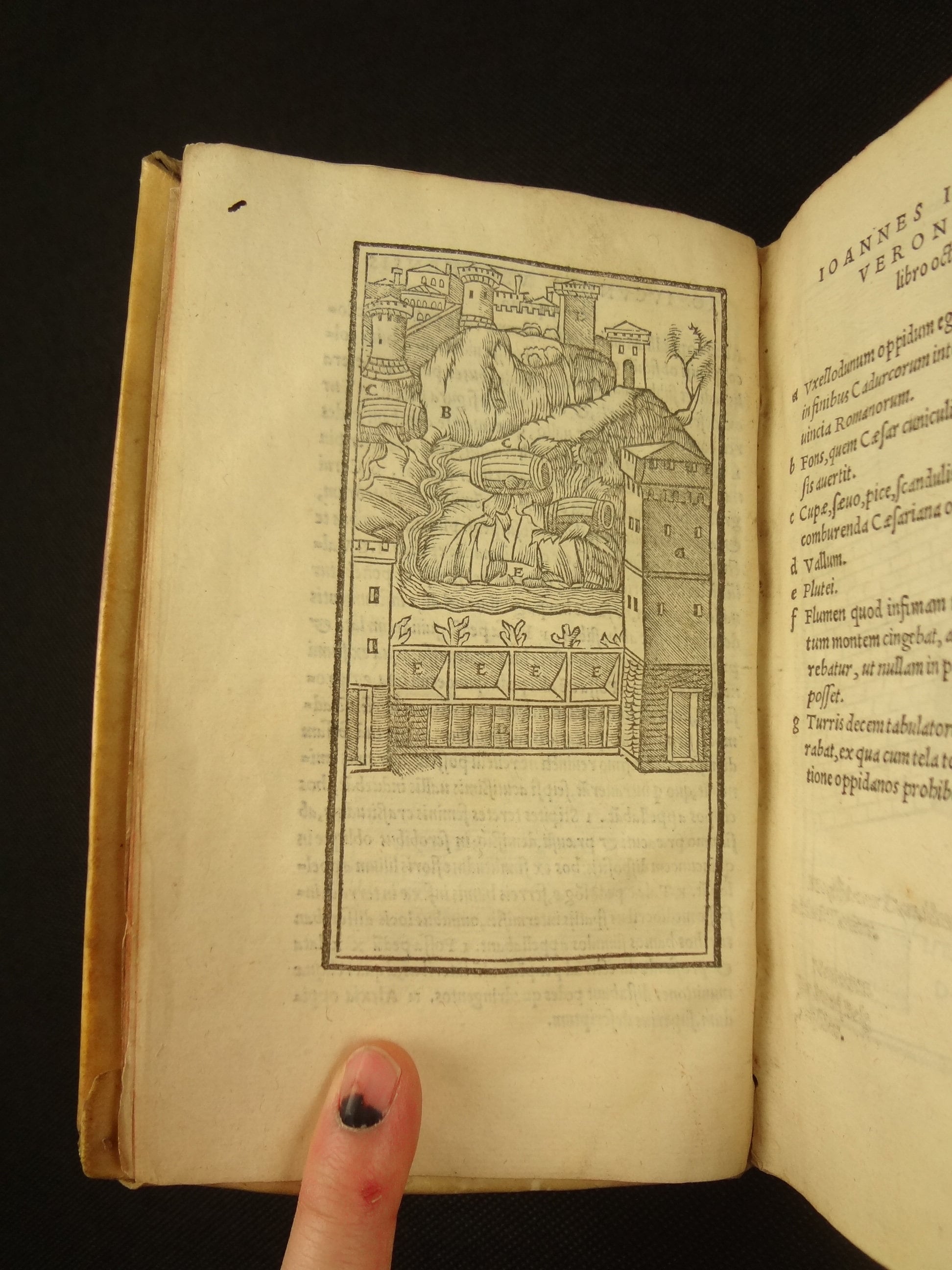 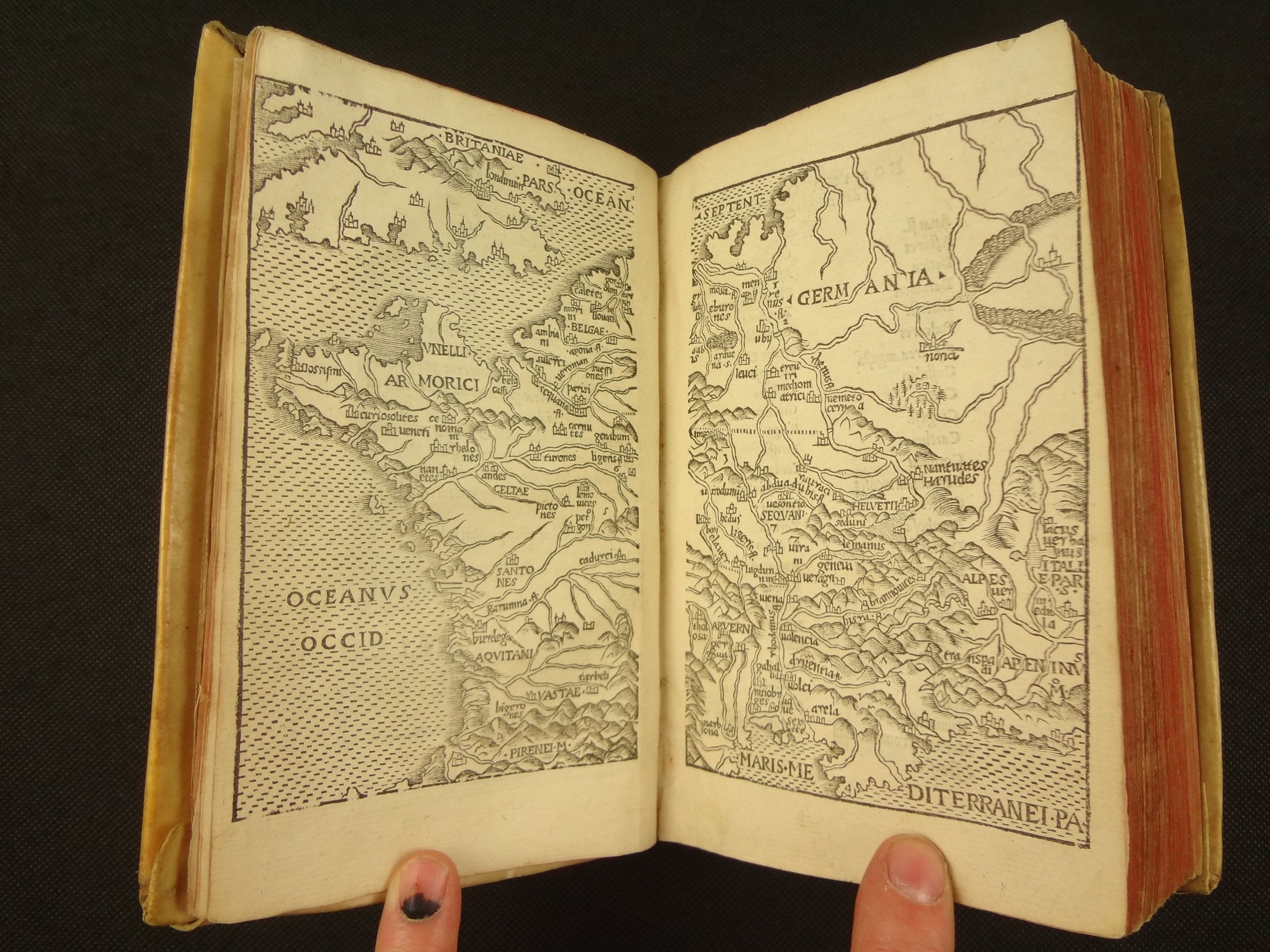 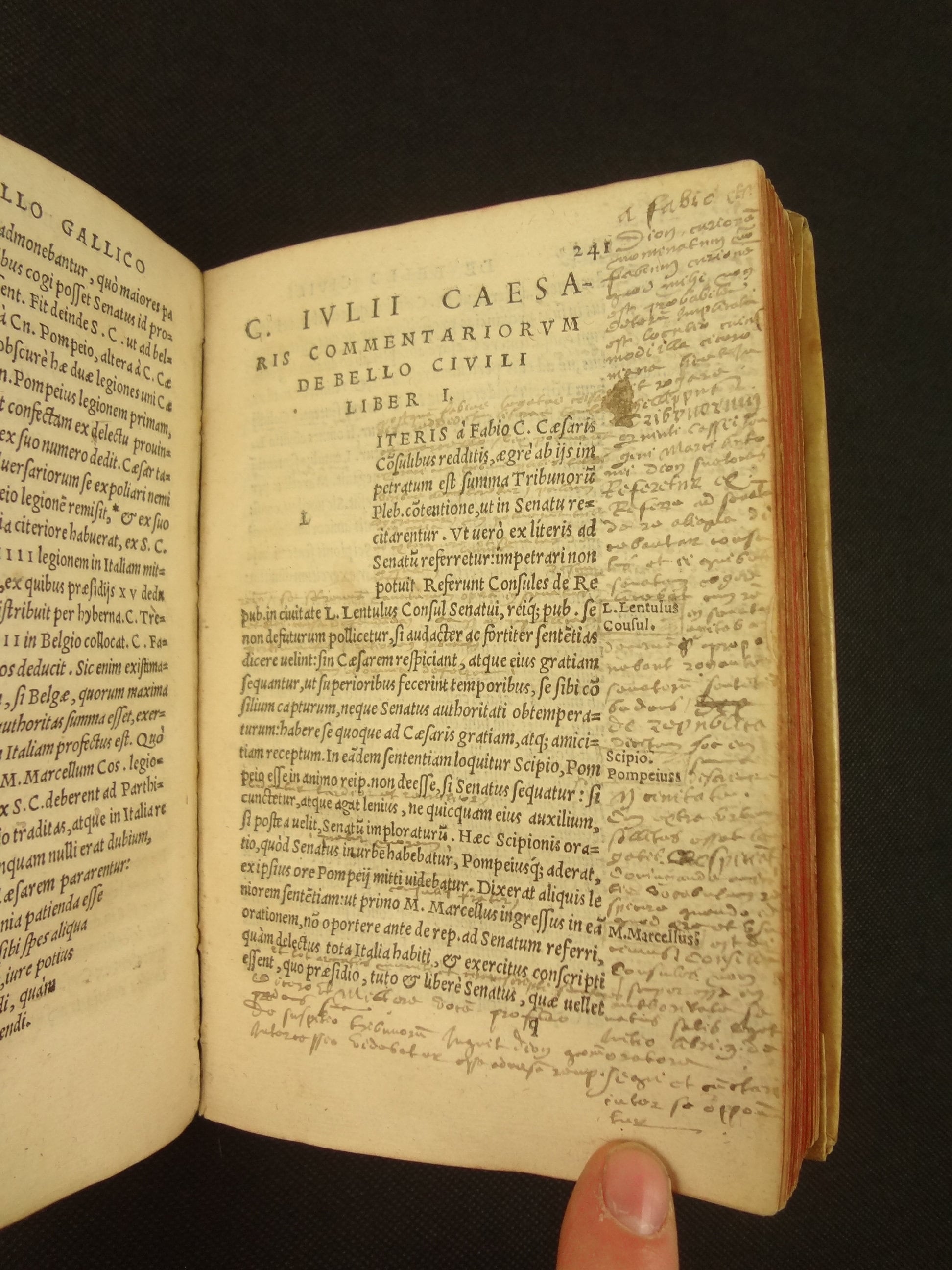 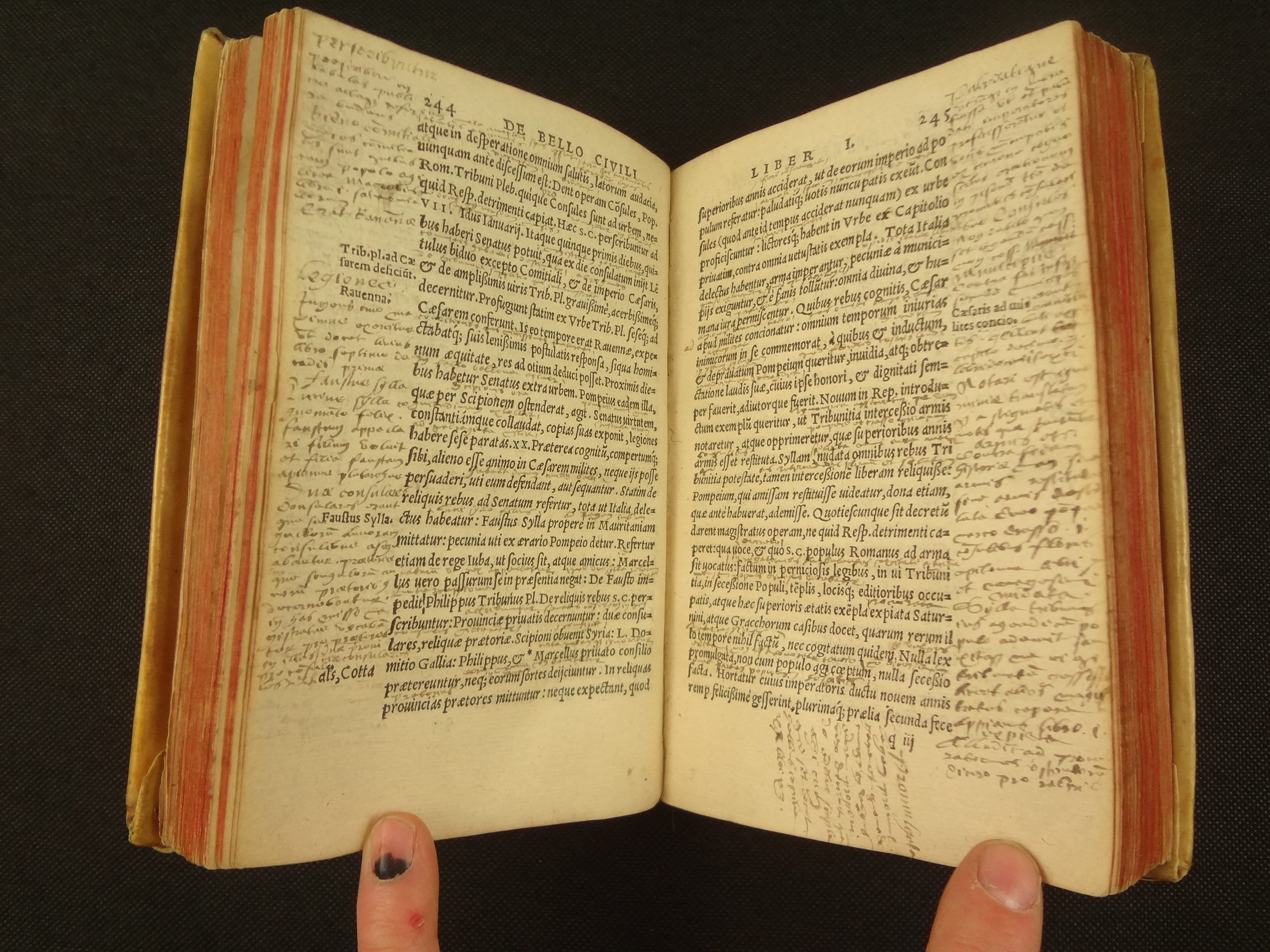 A handsome 16th century printing of Julius Caesar's commentaries. Caesar documented his wars (or had someone do it for him, as a modern celebrity might do). This book contains all eight of his books on the Gallic Wars (fighting throughout Europe, including Britain) and the Civil War, De Bello Civili. In addition, this also contains the Pompey, Alexandria, Spanish and African wars.

In this copy, the Civil War's have been richly annotated, in an old hand (i.e. notes are from the past).

Rare, with this printer attributed; I find no OCLC record for Girault in 1539. Still, the pagination matches the printing of several other printers from around the same year (e.g. the 1538 Gryphius of Lyon printing).

“The Commentarii de Bello Gallico, usually known in English as The Gallic Wars, seven books each covering one year of his campaigns in Gaul and southern Britain in the 50s BC, with the eighth book written by Aulus Hirtius on the last two years. The Commentarii de Bello Civili (The Civil War), events of the Civil War from Caesar's perspective, until immediately after Pompey's death in Egypt.”

“These narratives were written and published annually during or just after the actual campaigns, as a sort of 'dispatches from the front.' They were important in shaping Caesar's public image and enhancing his reputation when he was away from Rome for long periods. They may have been presented as public readings. As a model of clear and direct Latin style, The Gallic Wars traditionally has been studied by first- or second-year Latin students.” - Wikipedia

See pictures. Vintage patina, with the pleasing look of history. A little waviness and splaying to vellum boards. Binding has some rubbing, marks, etc.. Appears to have a second binding placed over its first, both vellum.

Ex libris marks on flyleaf and title page. Occasional small worm hole. Pin size hole margin B6. Chip edge c3 index and marks at bottom of four. Occasional moisture mark near edges, mostly marginal. Underlining, pages 52 and 120. Marks on 57. Occasional dog eared page. Spot in 67 bottom margin. Spot on 129. Notes on 134 to 139. 1" tear along bottom margin of 193, no text affected. Richly annotated from 241 to 281. 269-272 fore-edge chip. Fox marks on 305. Spot at top of 389, marginal. Some moisture marks at end. This book is delightful in its use, with someone richly annotating portions of it. Despite my notes, it's a nicer copy; I've sold others with much more wear and toning. Very little trimming to the margins too; the remnants of the fore-edge title are a testament to that.