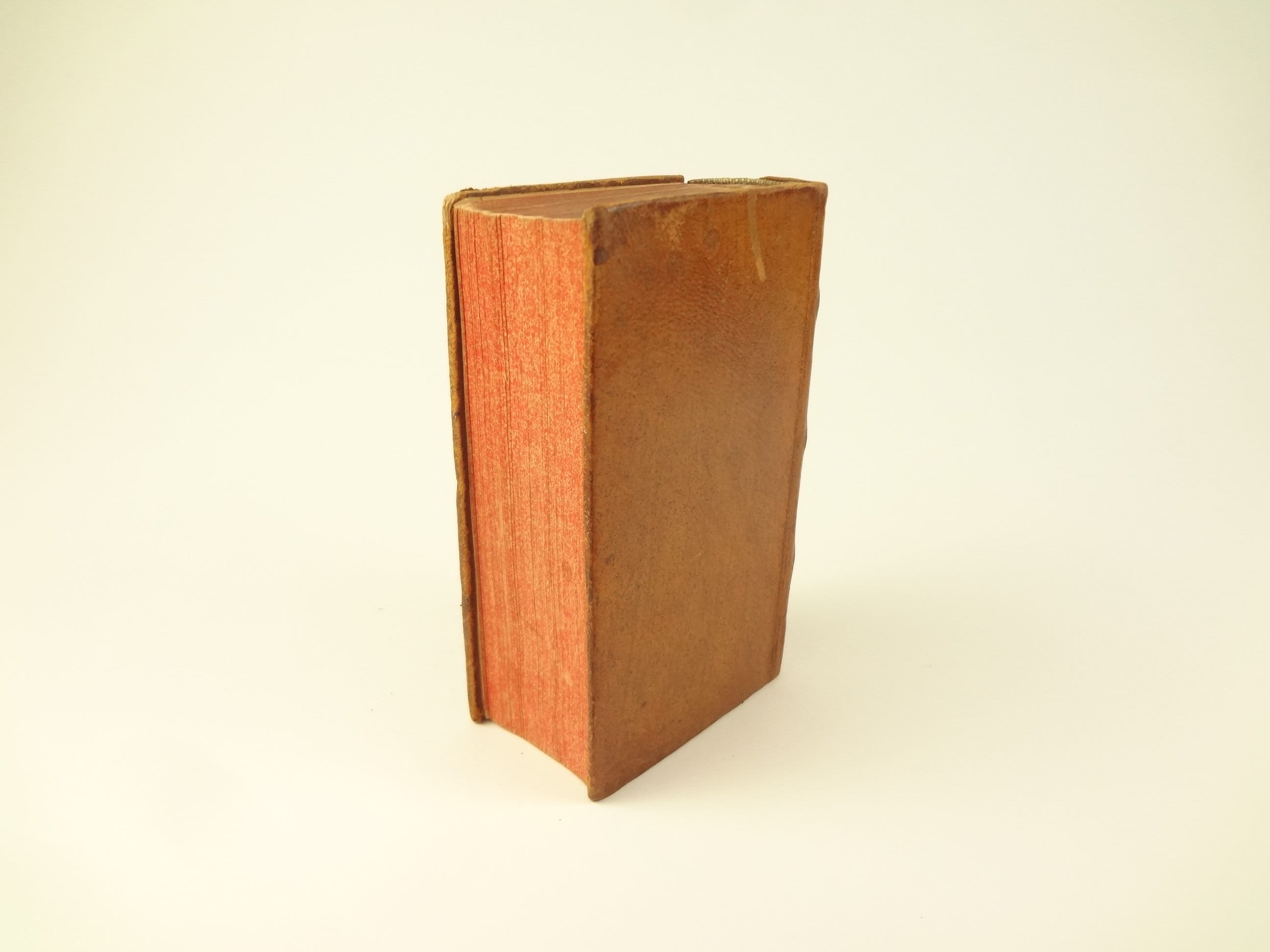 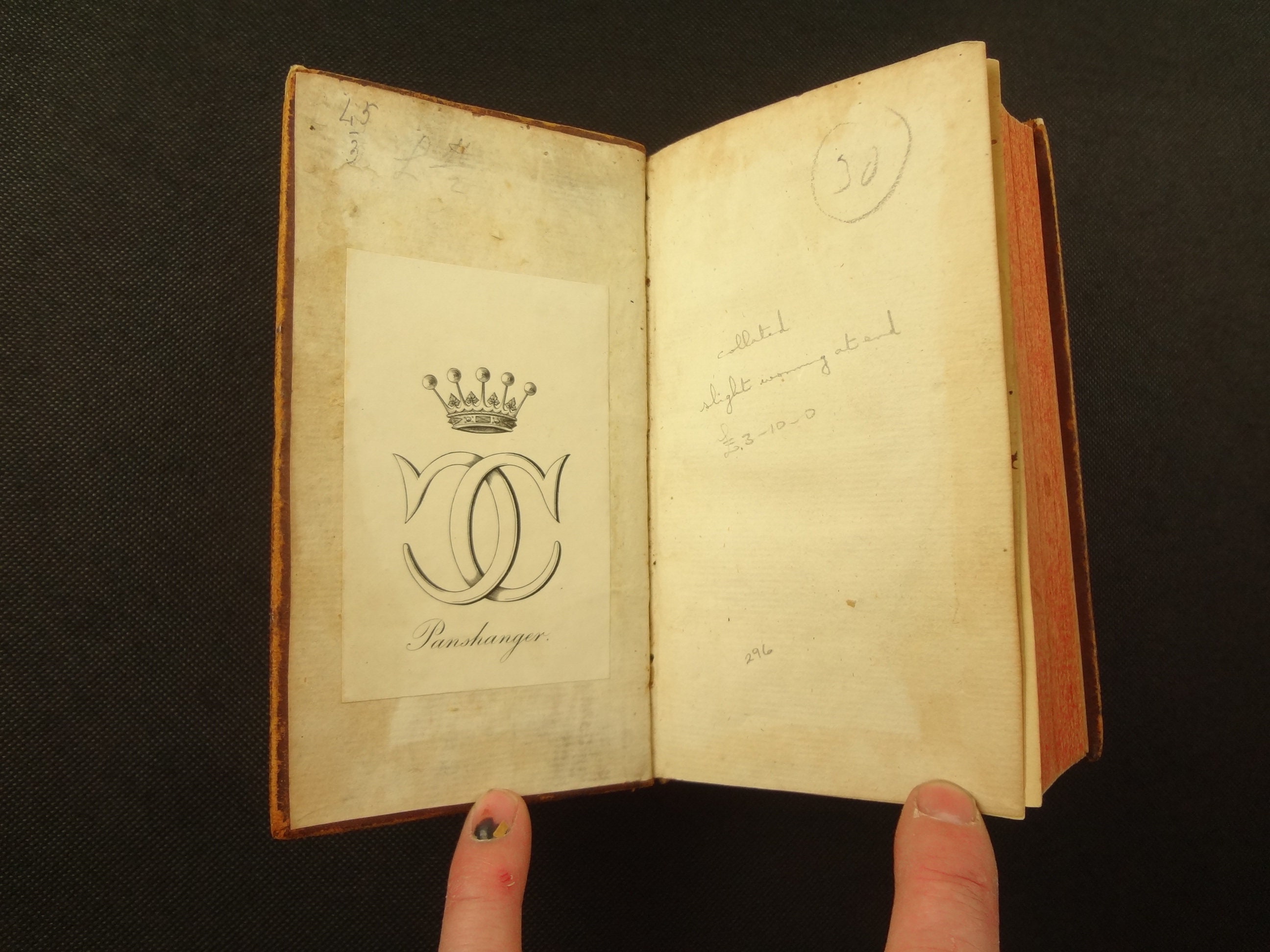 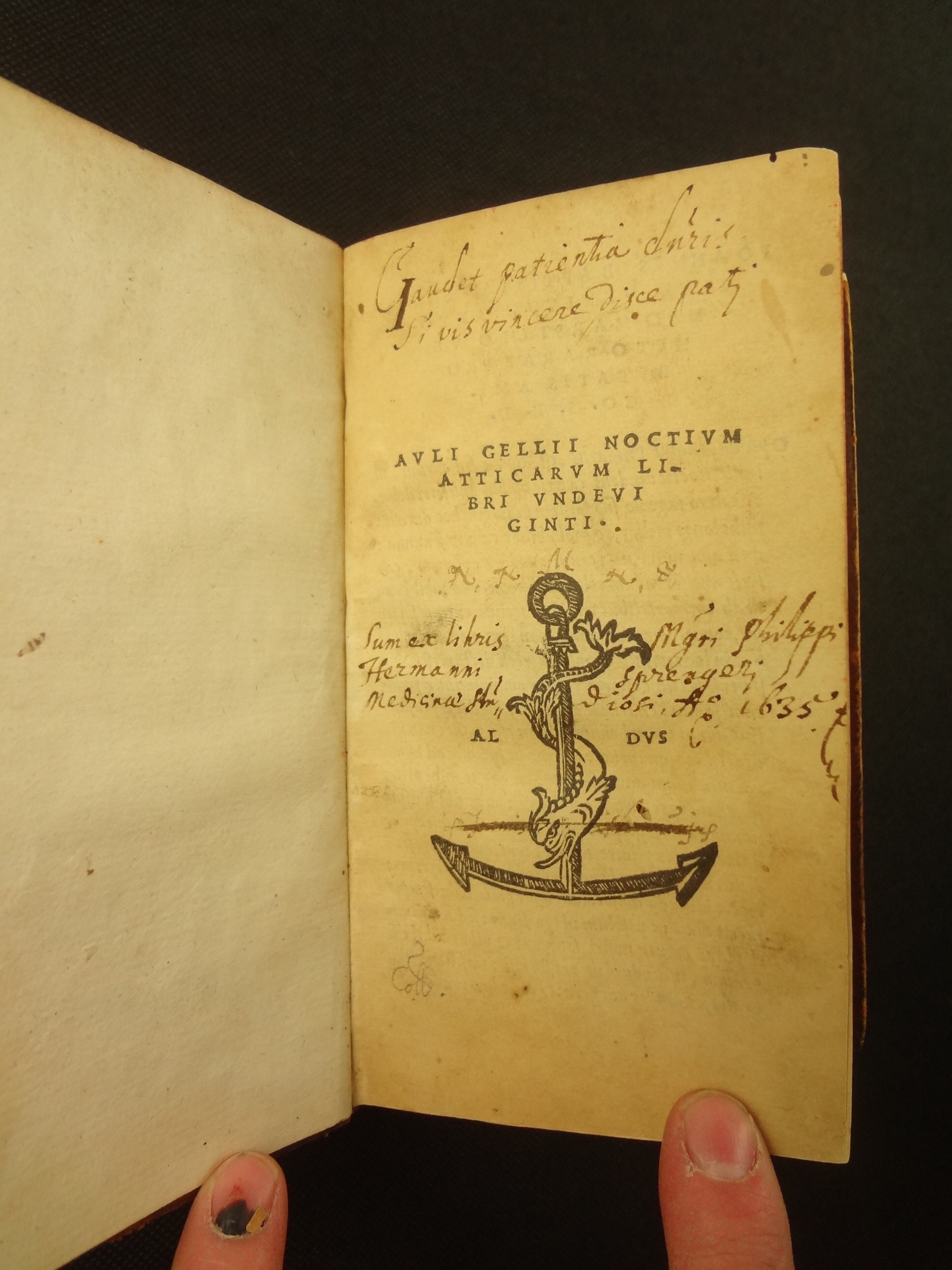 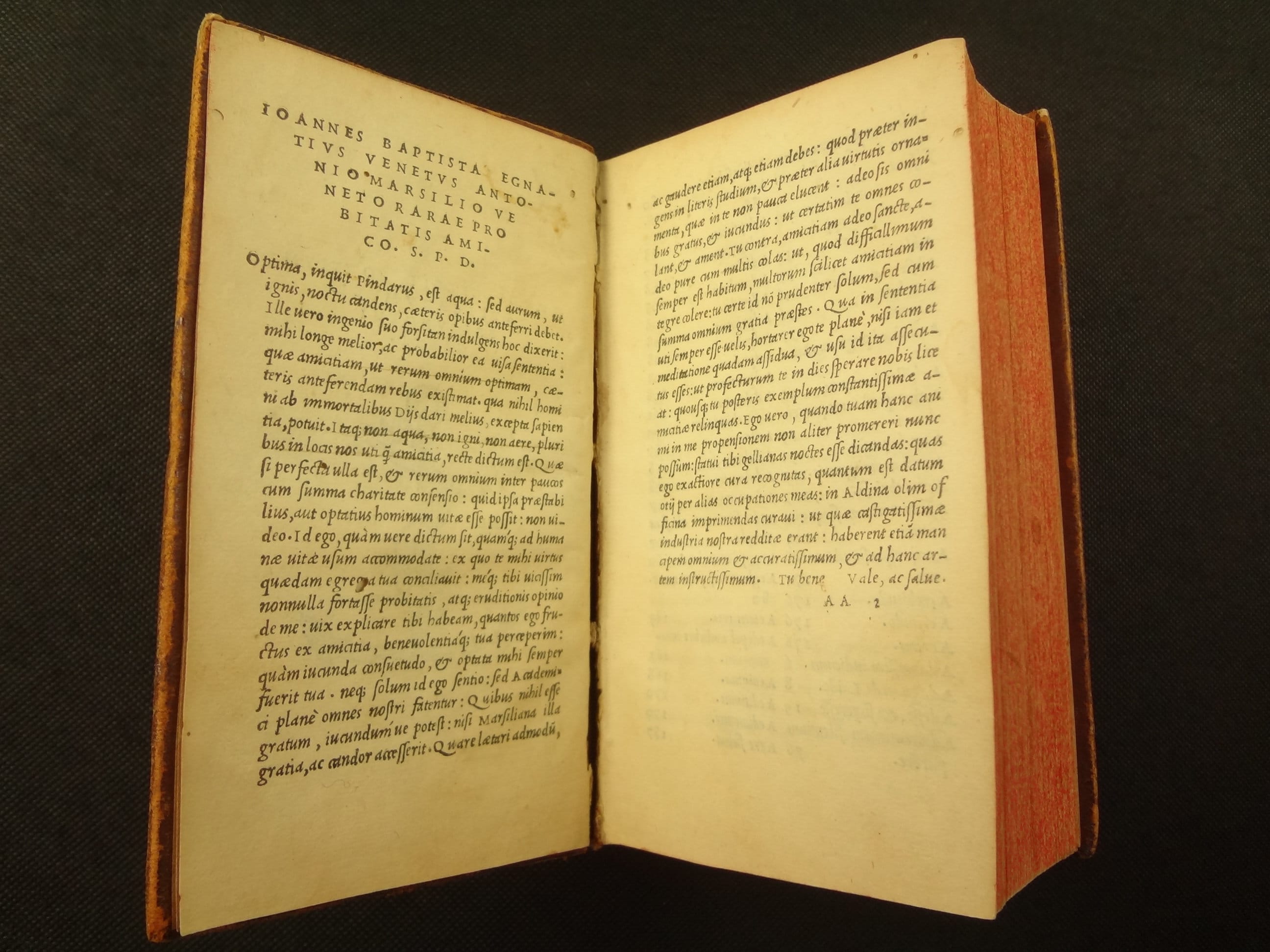 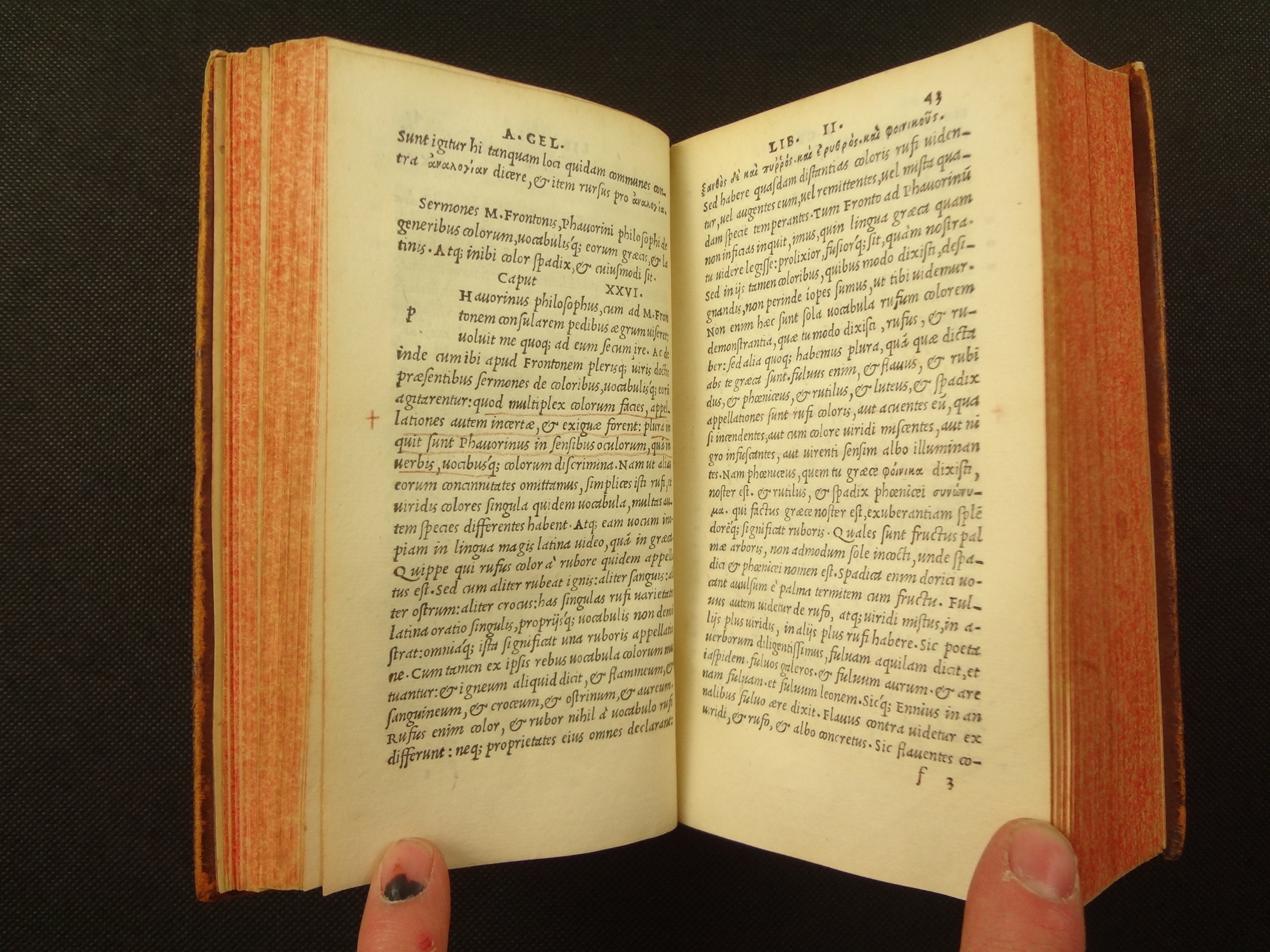 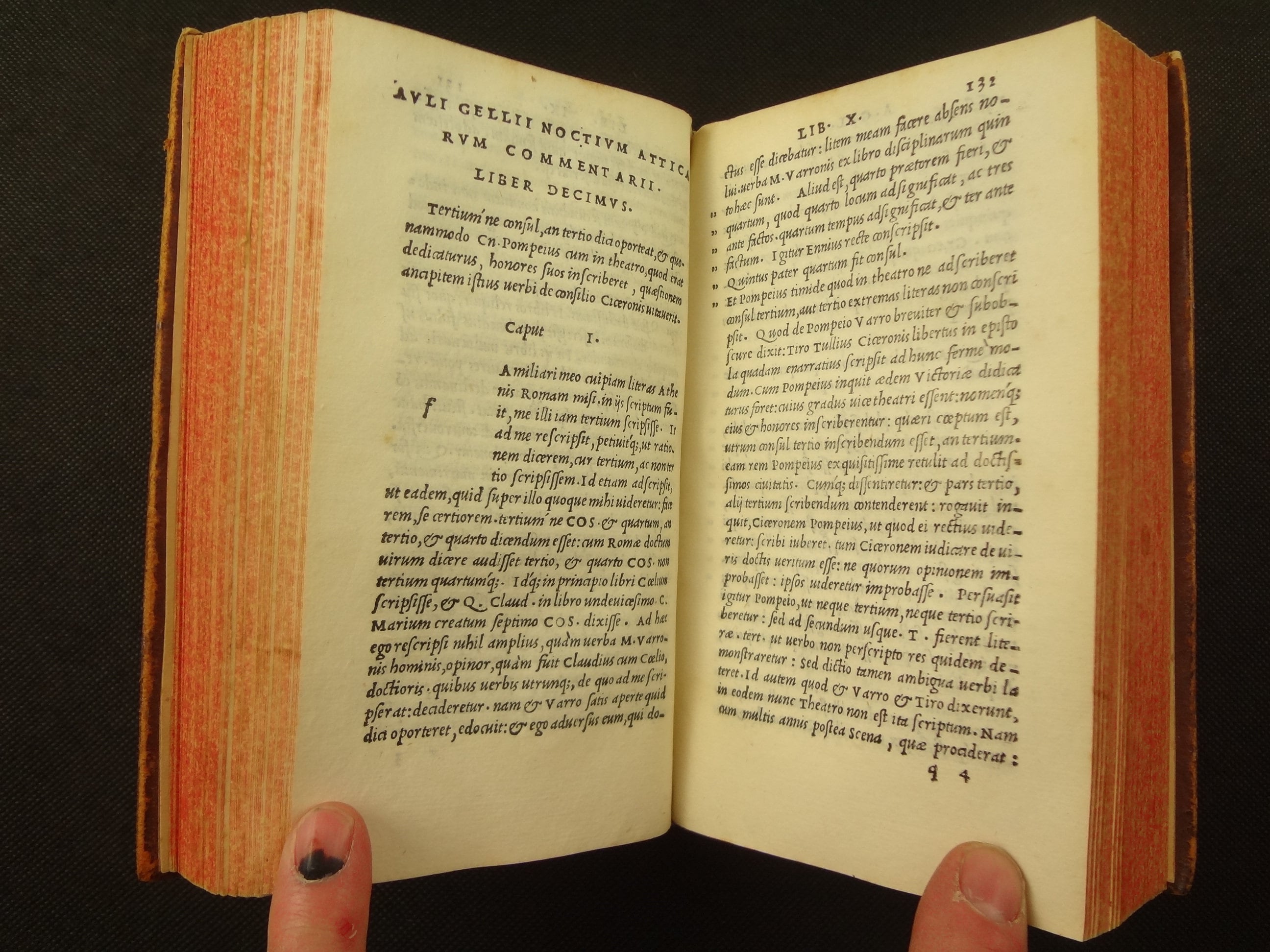 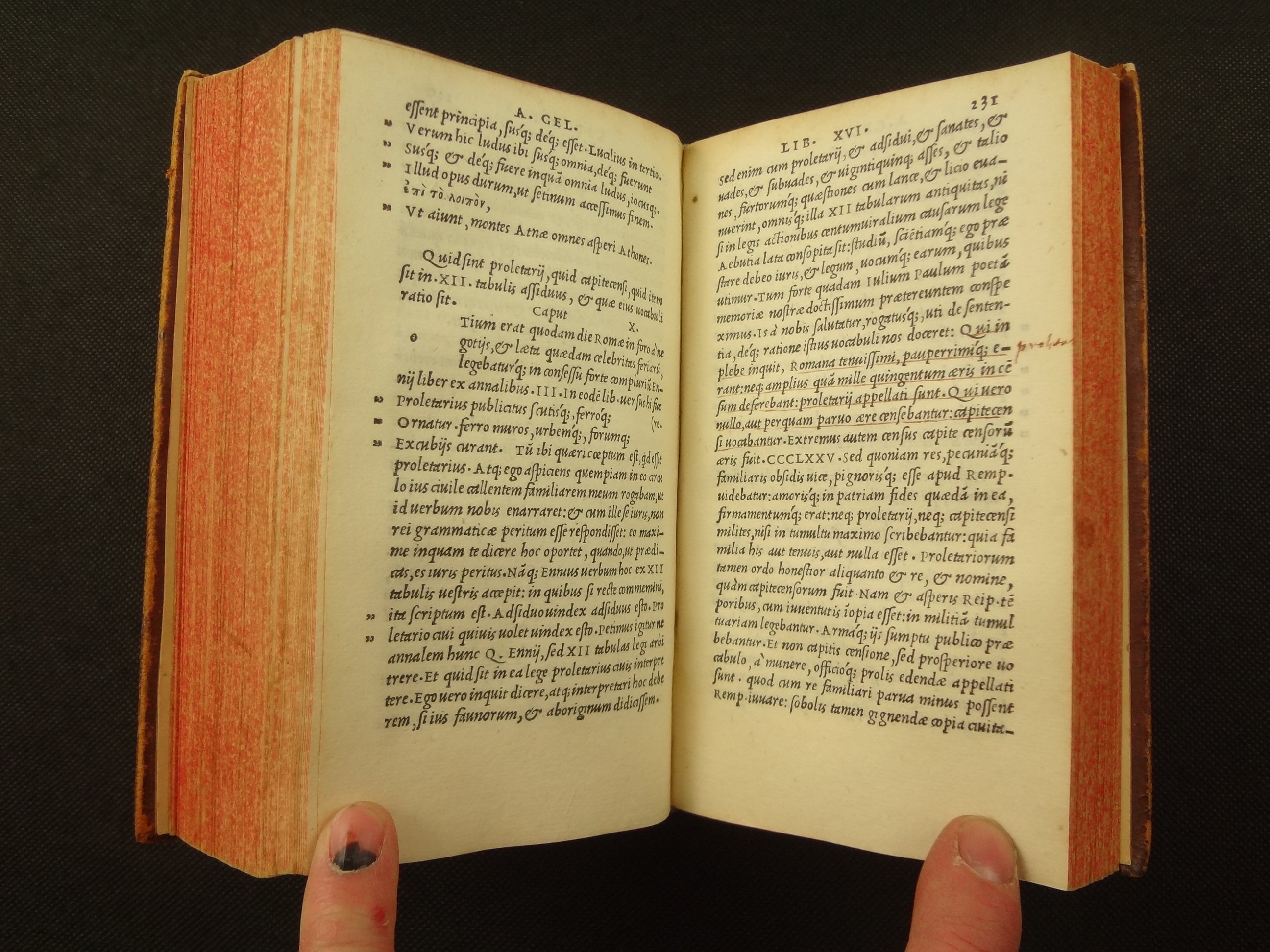 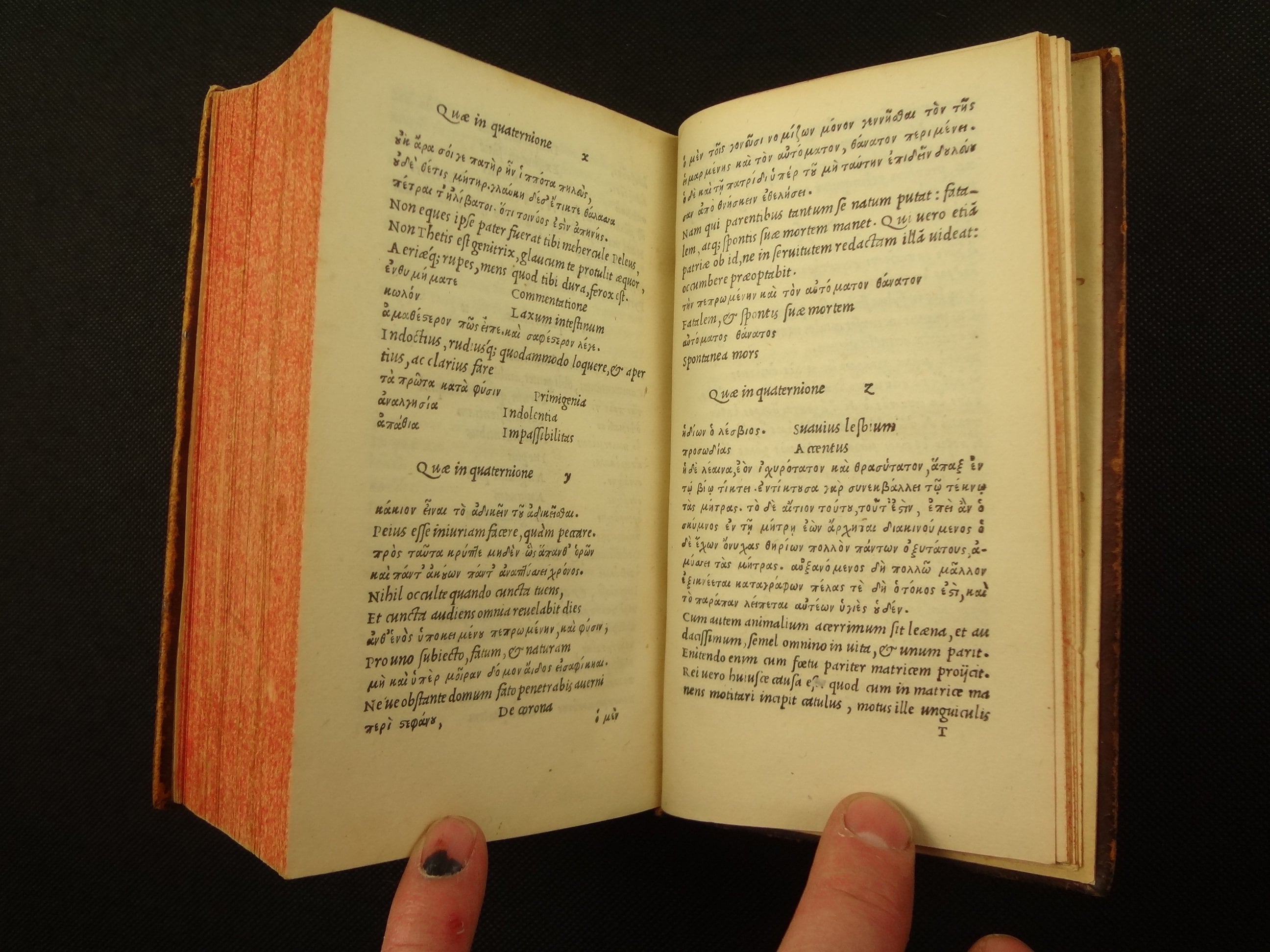 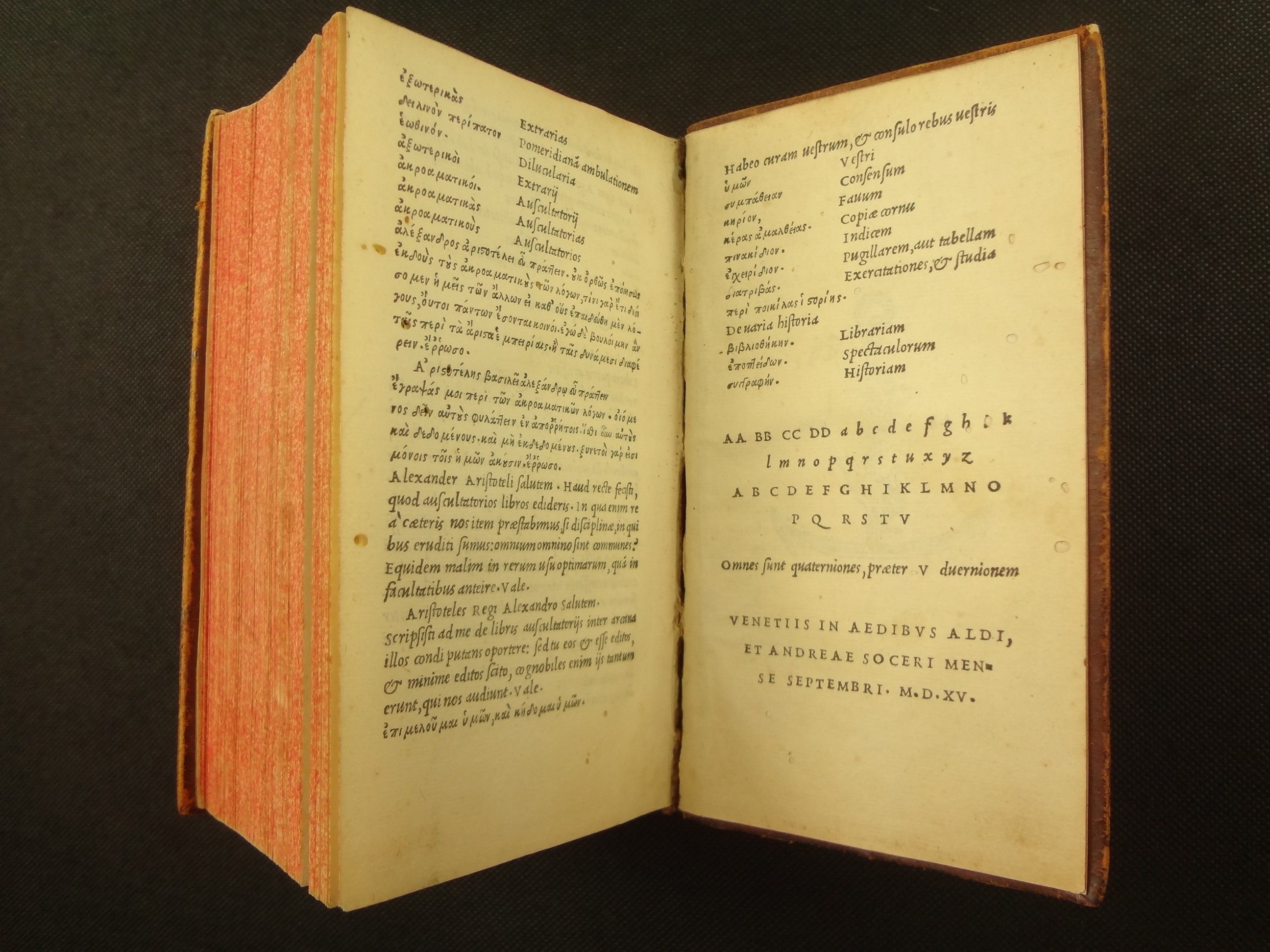 A handsome Aldine work, the first Aldus edition of Gellius' Attic Nights. This is the second state, with the corrected colophon ("duernionem"). This is considered one of the last works that Aldus Manutius oversaw (he passed in February 1515, the colophon for this work is dated September 1515).

"Aulus Gellius (c. 125 – after 180 AD) was a Latin author and grammarian, who was probably born and certainly brought up in Rome. He was educated in Athens, after which he returned to Rome, where he held a judicial office. He is famous for his Attic Nights, a commonplace book, or compilation of notes on grammar, philosophy, history, antiquarianism and other subjects, preserving fragments of many authors and works who otherwise might be unknown today."

" Attic Nights takes its name from having been begun during the long nights of a winter which he spent in Attica. He afterwards continued it in Rome. It is compiled out of an Adversaria, or commonplace book, in which he had jotted down everything of unusual interest that he heard in conversation or read in books, and it comprises notes on grammar, geometry, philosophy, history and many other subjects. One story is the fable of Androcles, which is often included in compilations of Aesop's fables, but was not originally from that source."

"The work, deliberately devoid of sequence or arrangement, is divided into twenty books. All these have come down to us except the eighth, of which nothing remains but the index. The Attic Nights are valuable for the insight they afford into the nature of the society and pursuits of those times, and for its many excerpts from works of lost ancient authors."

Panshanger ex libris, indicating that it's from the library of the Earls of Cowper.

See pictures. Some edge wear to binding, with upper front corner pasteboard exposed. Bump on top-edge that extends to spine top that is chipped (looks like a book from above fell and caused a small dent to top-edge and chipped the top of the spine at the right side). A few rubs to boards and spine, and darkening (and a little crazing) to spine leather.

Text block is trimmed, as evidenced by some trimmed annotations in an old hand. Ex libris plate on pastedown, and bookseller notes (as well as on flyleaf). No blank endpapers. Title page toned, with saying written at top and ownership inscriptions written on and around Aldine anchor. Small gap between AA1 and 2 at gutter. Several small worm holes at front and rear, occasionally in the text. Occasional dog ear, marginal annotations, underlining. Occasional foxing to top margin of page. Ring marks in upper corner of leaves 123-125 (cup?).

I nitpicked, but the book is in a nice condition, easy to read and review.