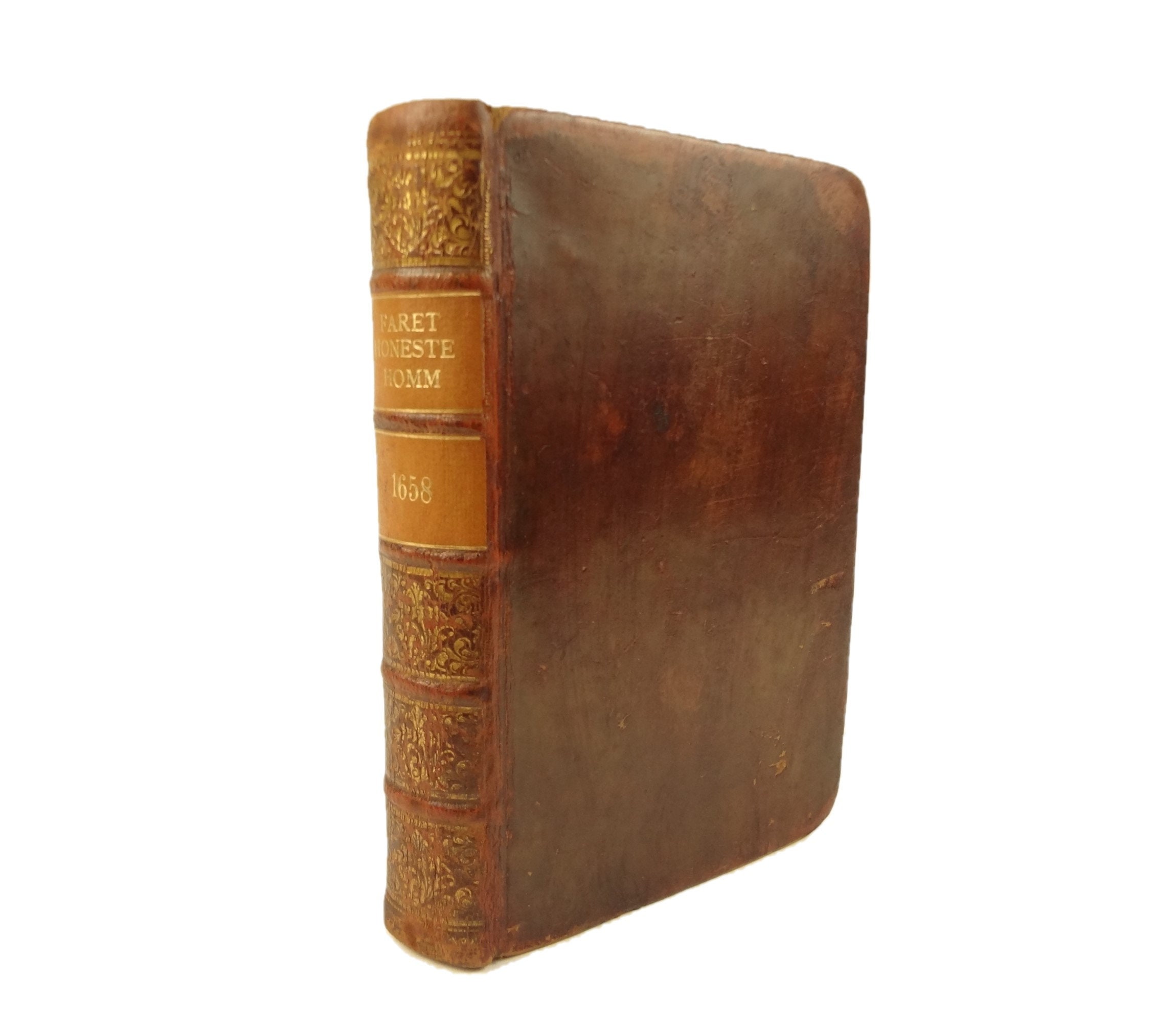 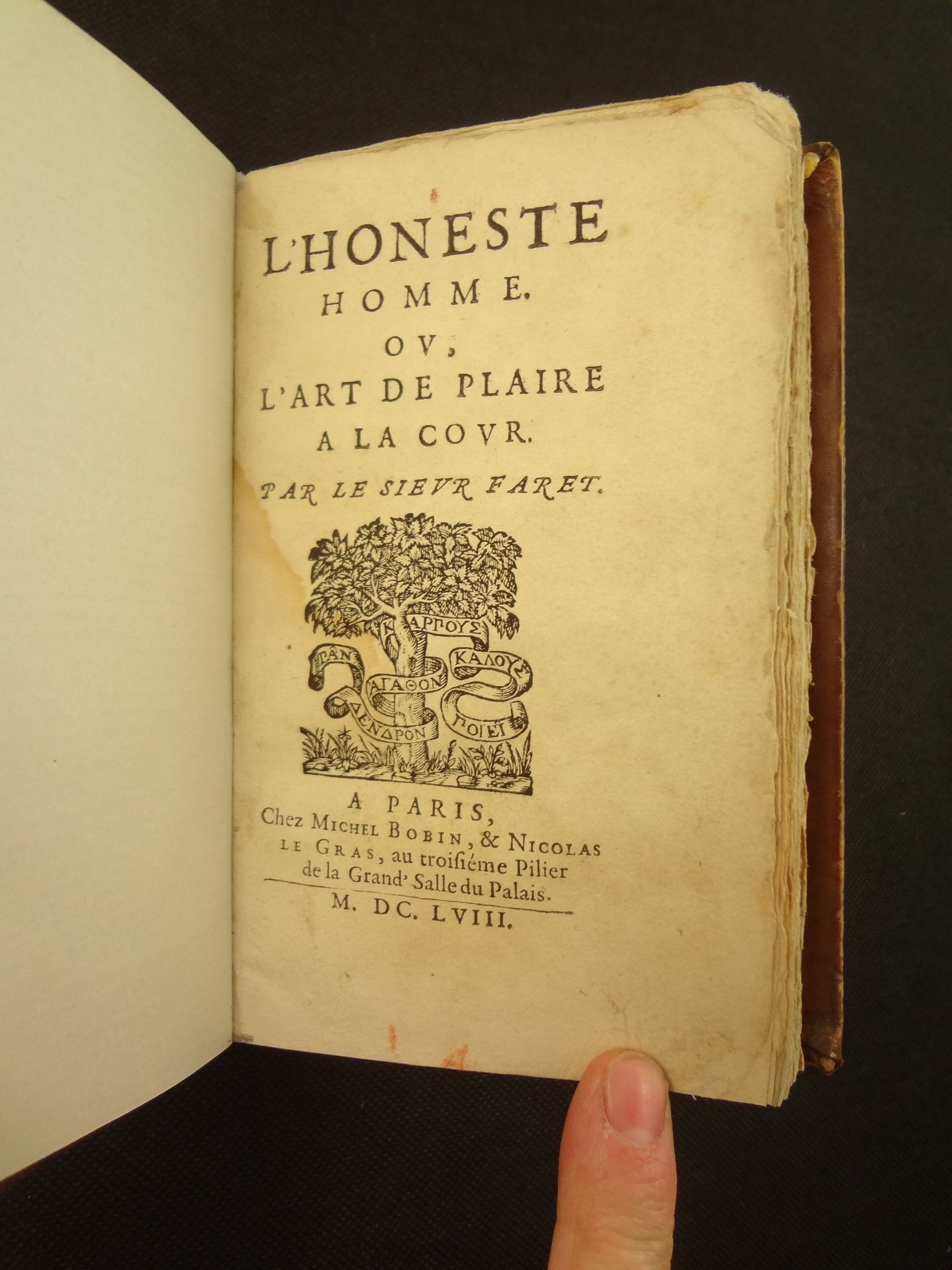 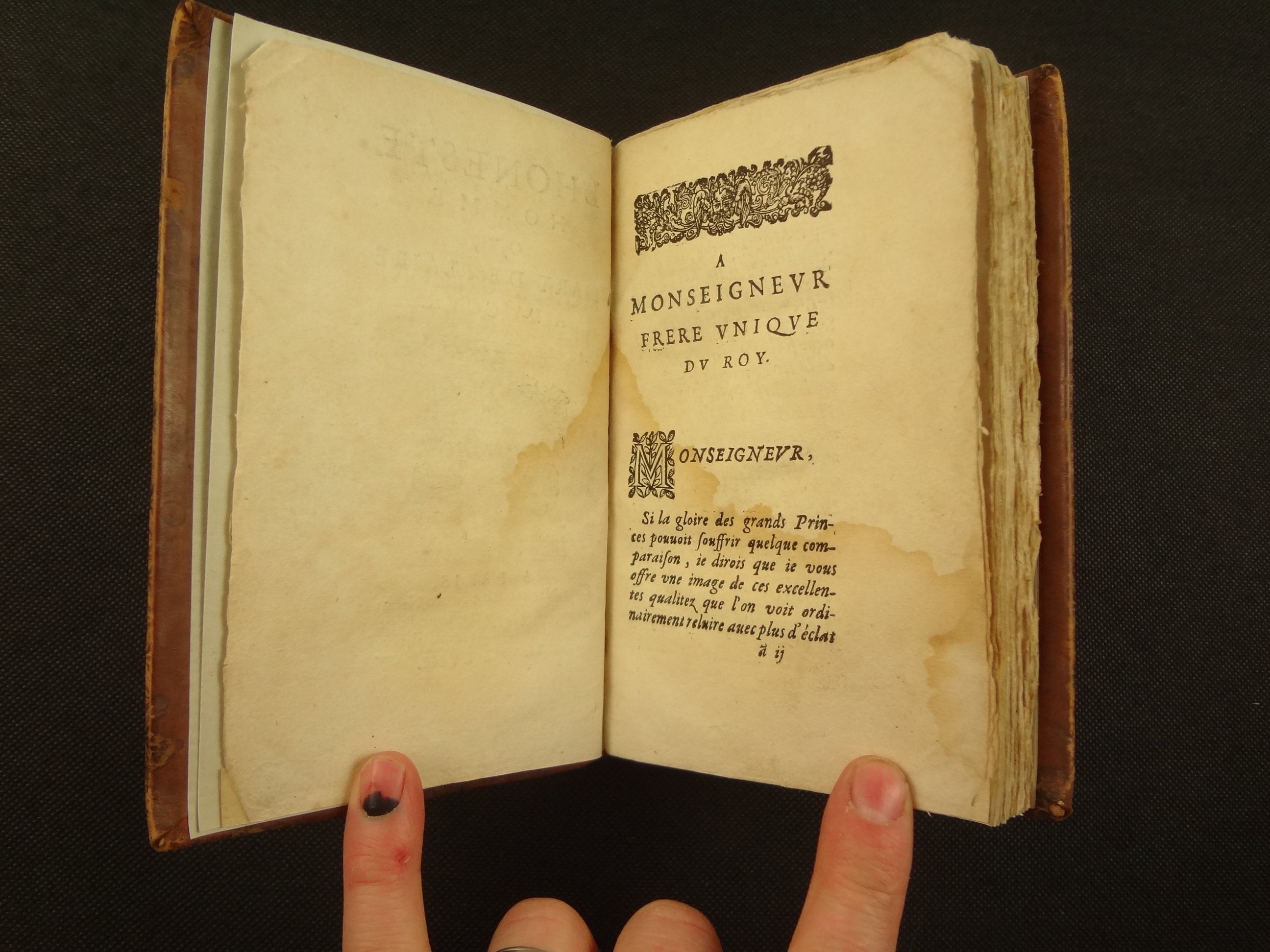 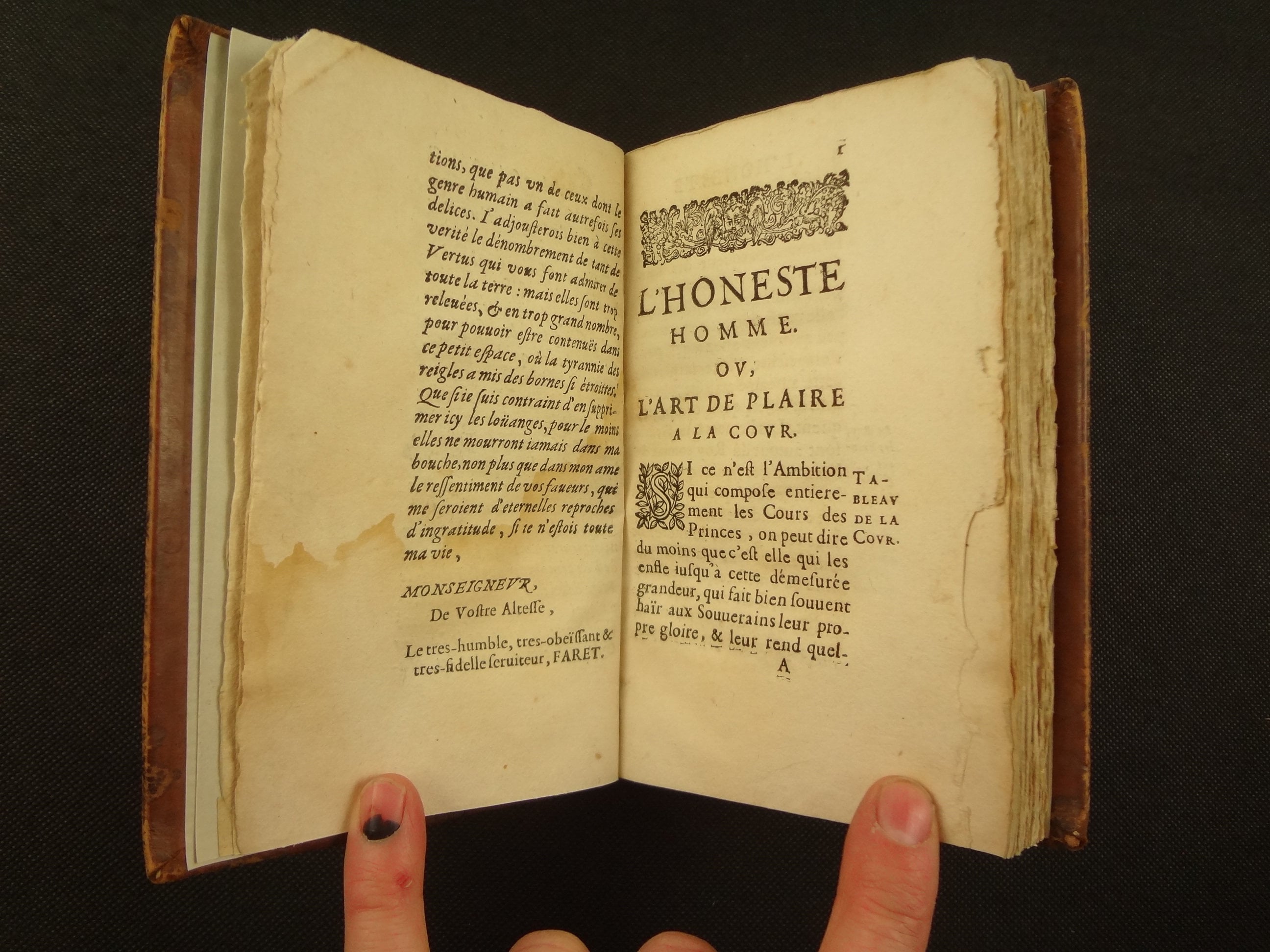 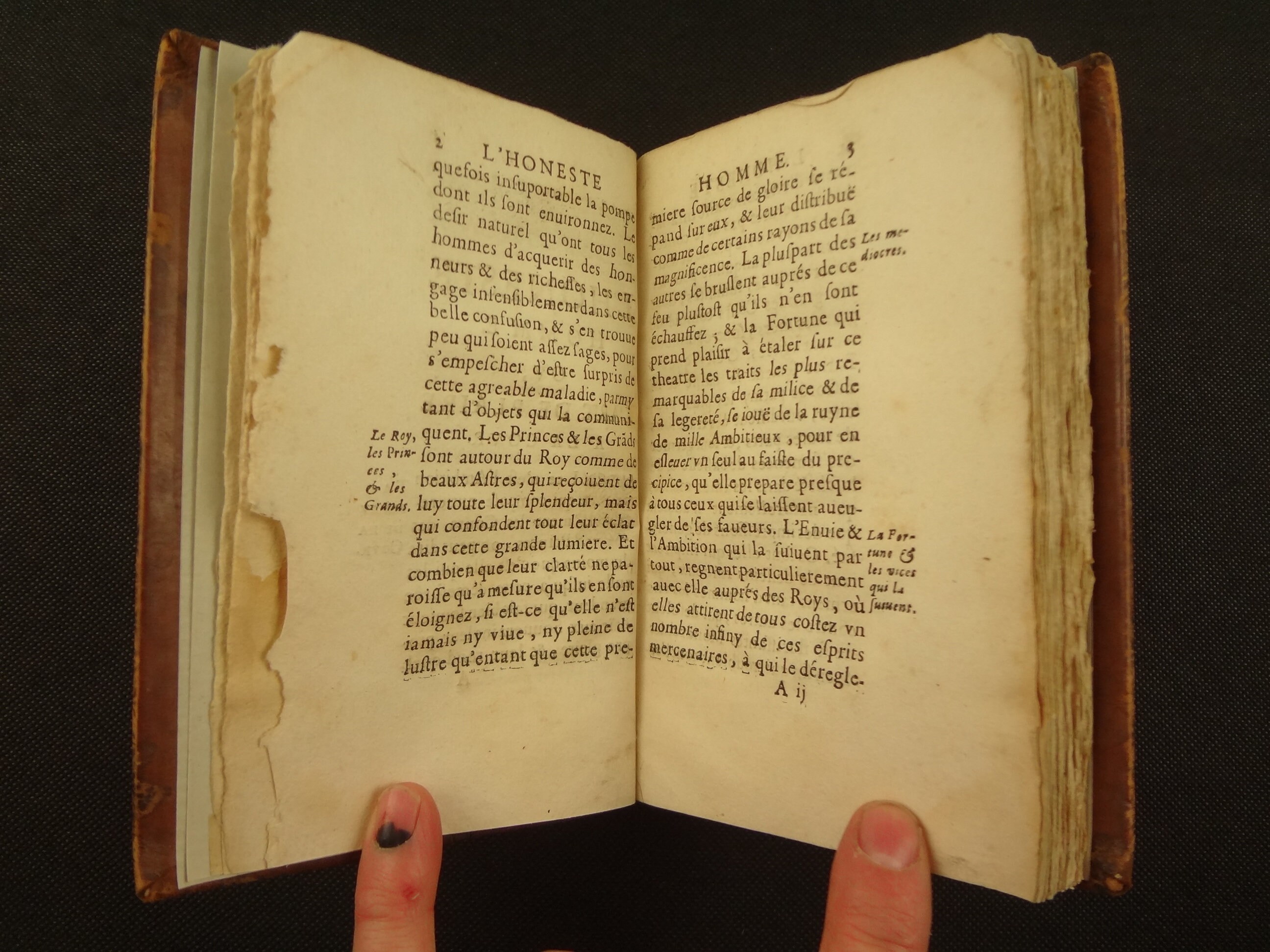 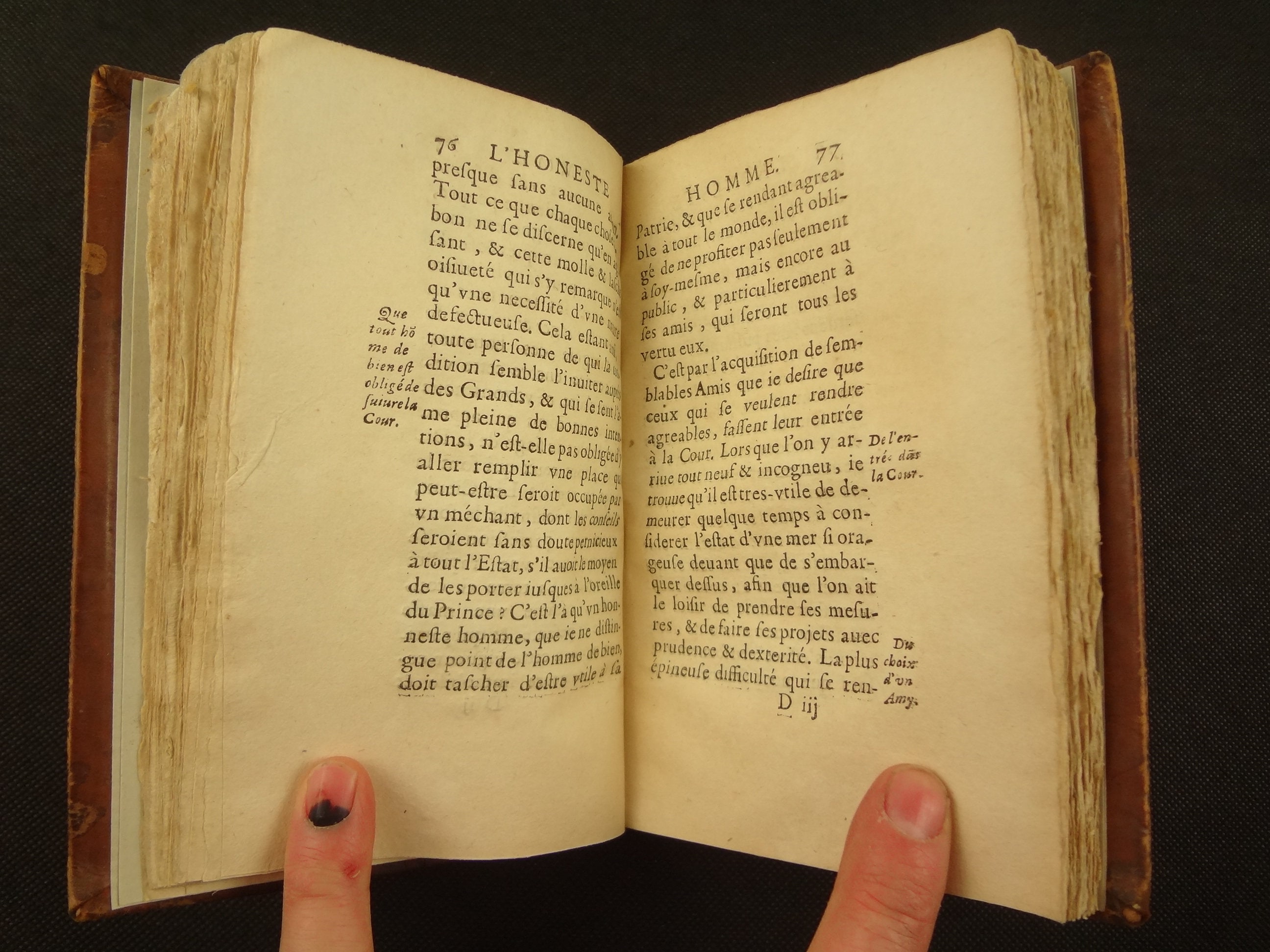 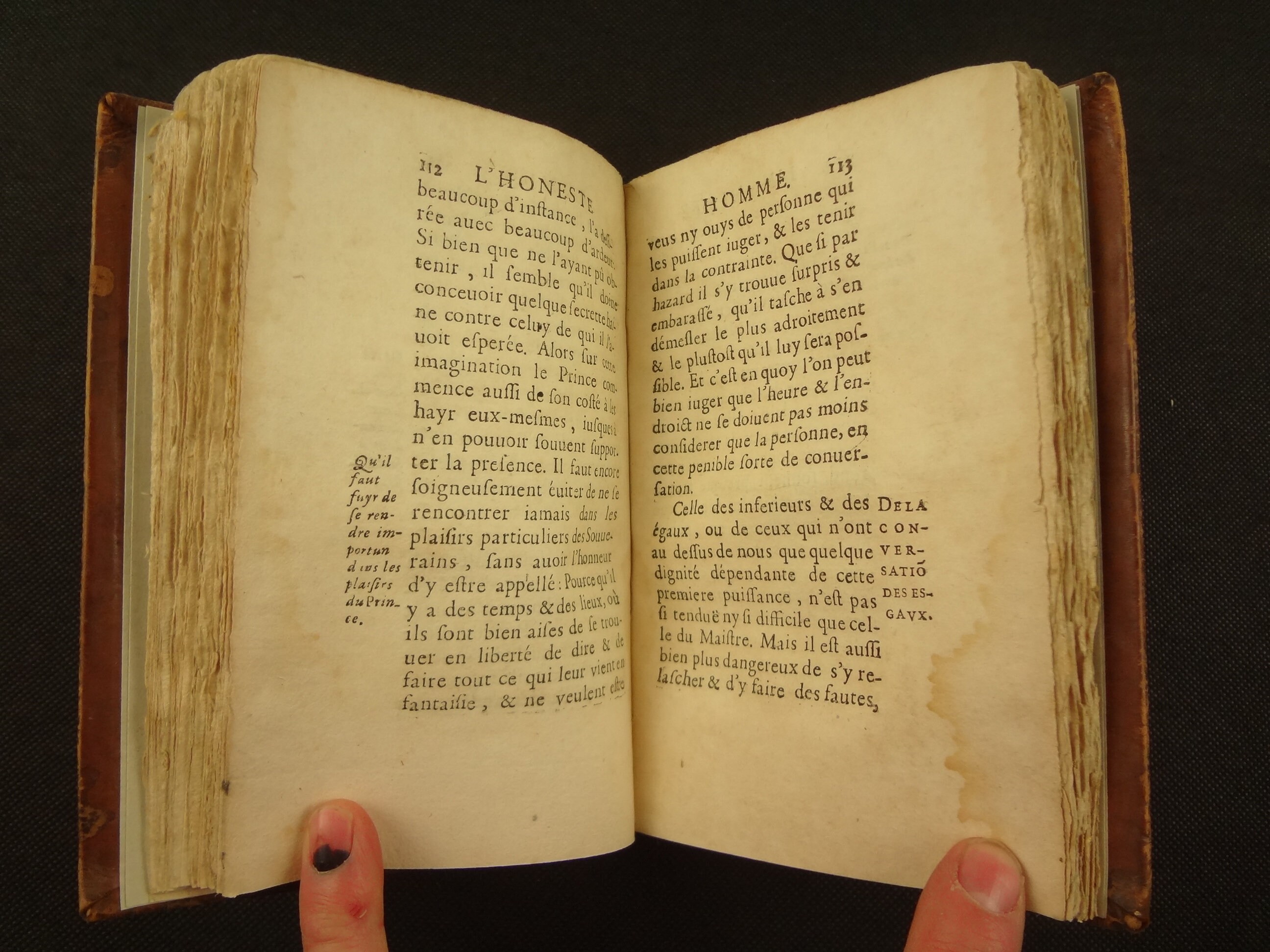 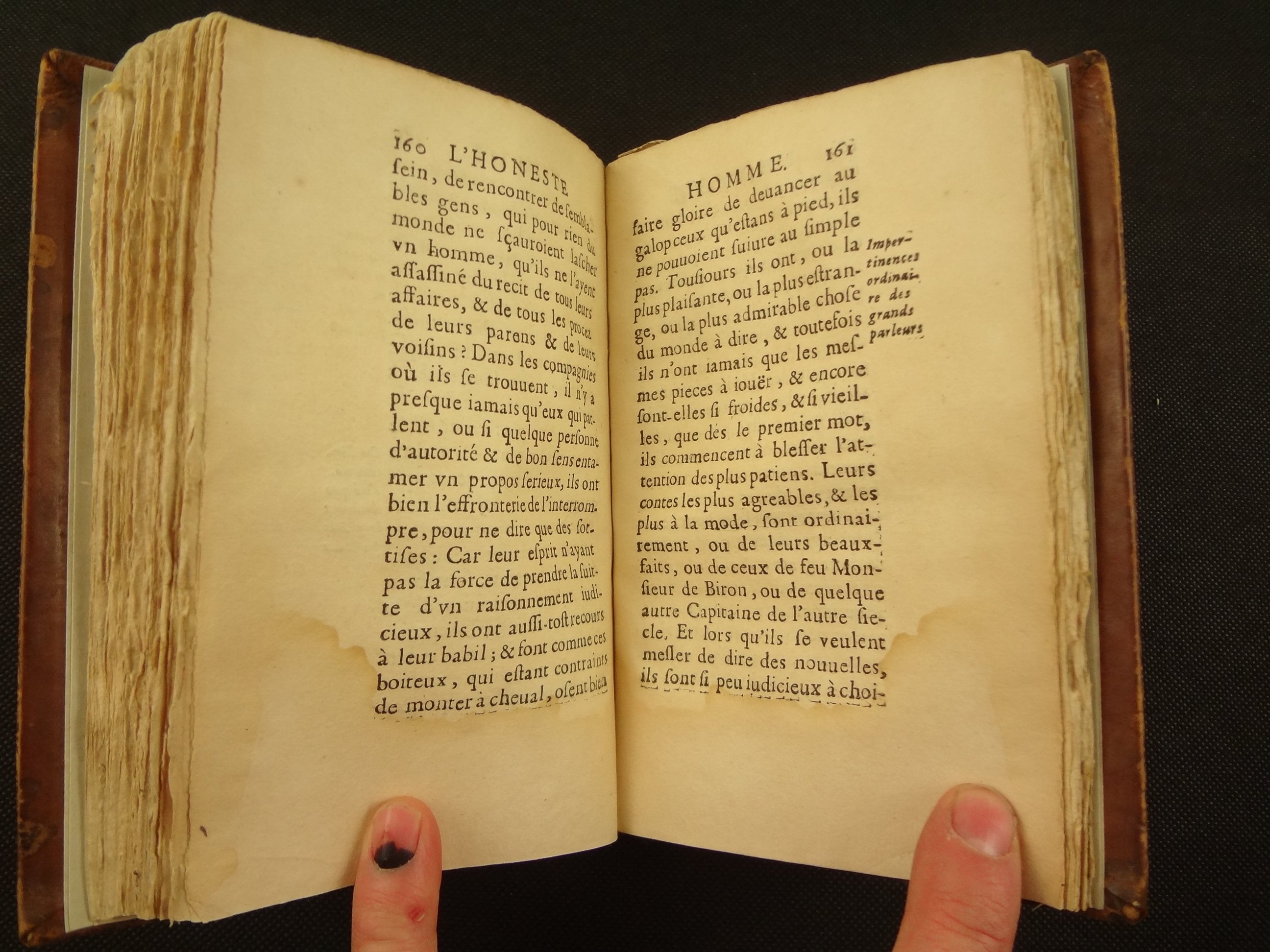 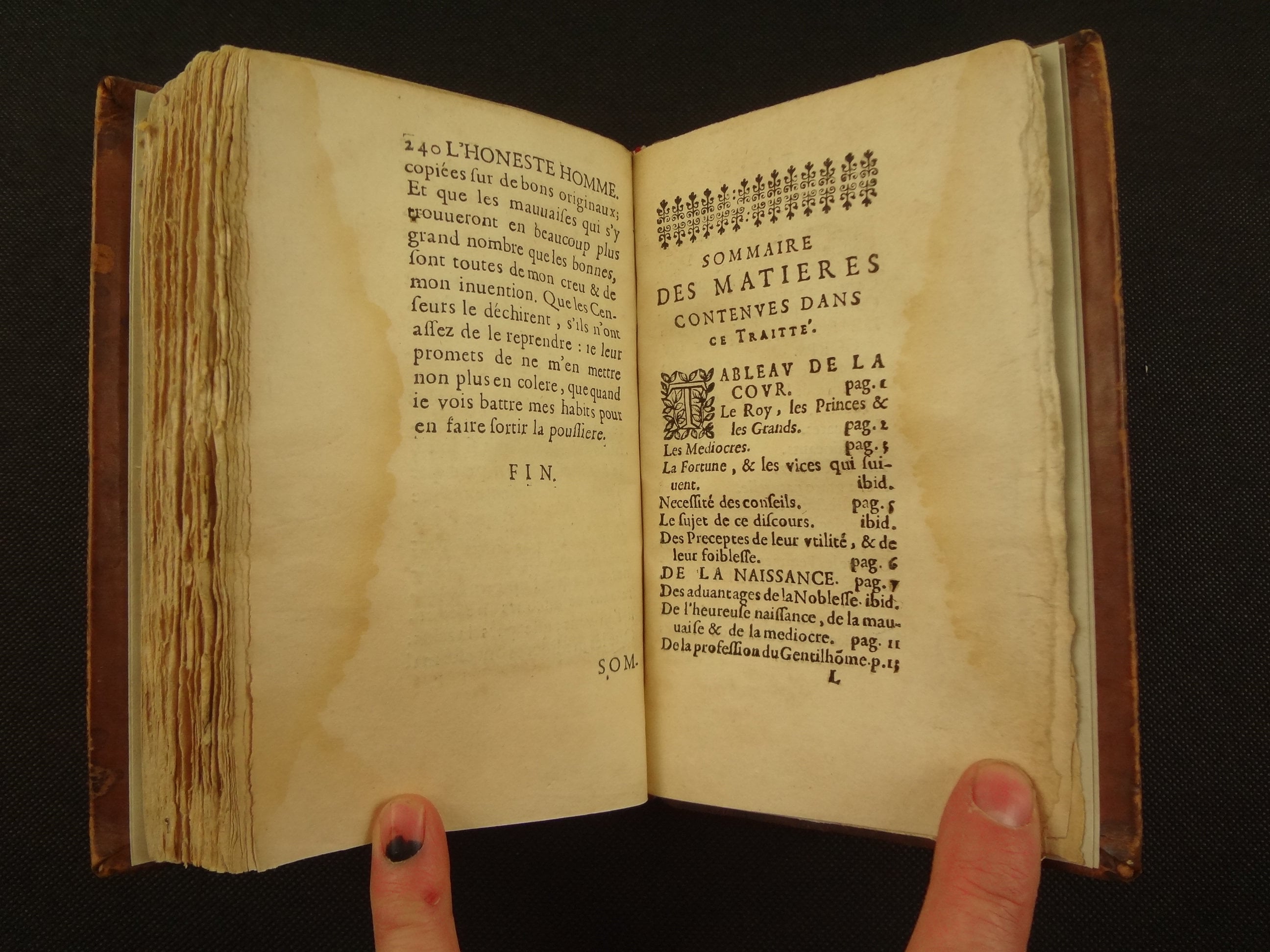 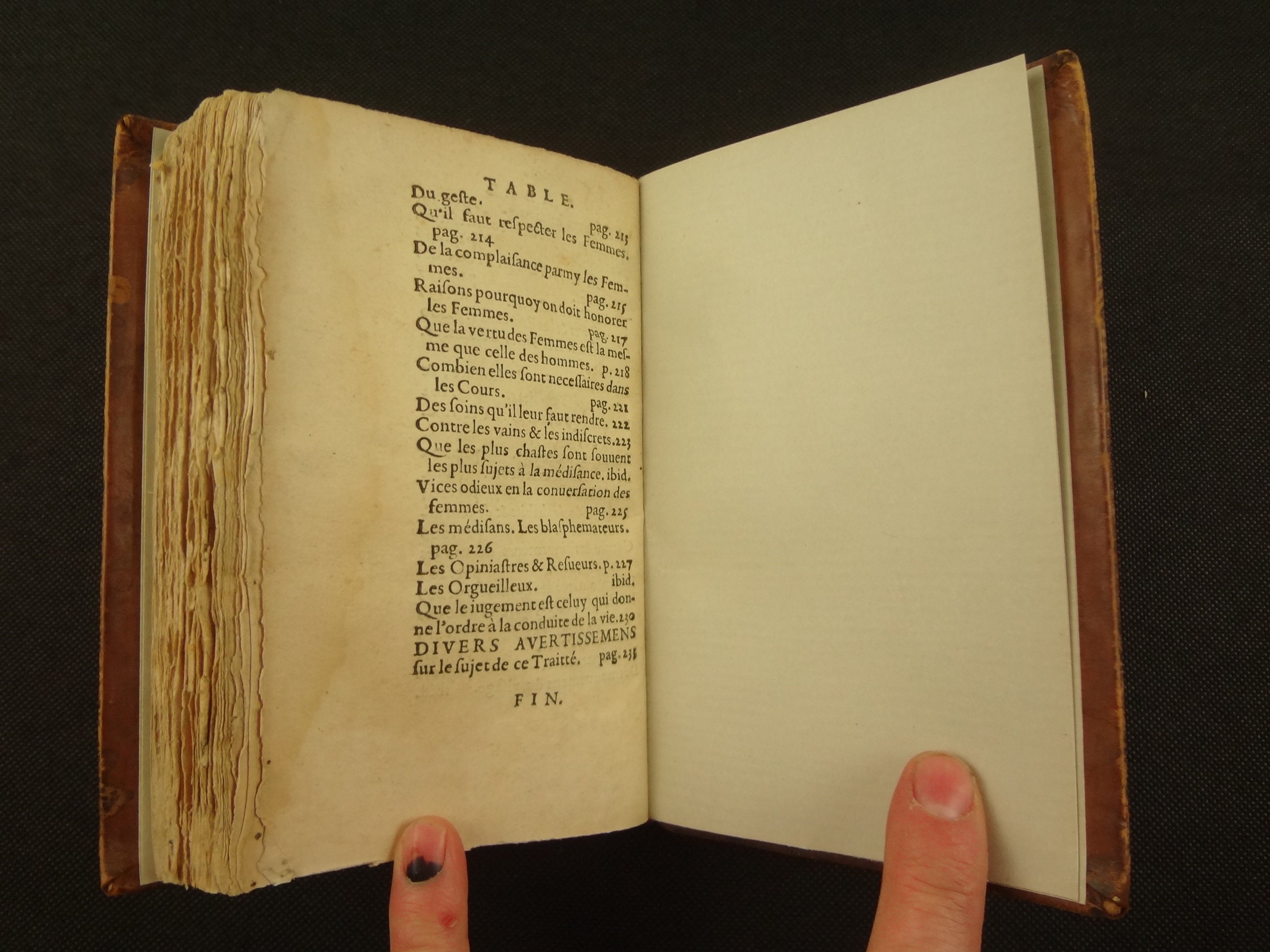 A scarce political work, at the time of this listing I cannot find another 17th century copy available for purchase. The title translates roughly as, The Honest Man, or, The Art of Pleasing the Court.

Nicolas Faret was a founding member of the French Academy. This book is known for being modeled after Castiglione's Courtier, but is noted for being more disingenuous. Faret claims that perception is more important than substance, and claims the worst thing for a politician is to be found out in their deception.

"The principal thing he must be careful of, is that no dissimulation appear in his discourse, and that his visage does not belie his mouth, nor destroy in a moment what his mind has taken a great deal of trouble to invent." - This quote is found, in French, on page 155 of this copy.

See pictures. Some wear to binding, with edge wear, a few rubs, corners bumped, light crazing at joints, etc.. There's some loss of gilt on the spine. Endpapers refreshed.

Some moisture intrusion throughout, worst at the ends; mostly marginal through the text block. Occasional spots, toning, dog ear. There's also an occasional pin hole at bottom margin. The fore-edge was uncut but is opened. Occasional thumb mark. Page 197/98 torn through mid-page, from fore-edge to gutter.

Because the fore-edge was untrimmed, it has nice wide margins which make the printing appear handsome and well-balanced (in terms of space).