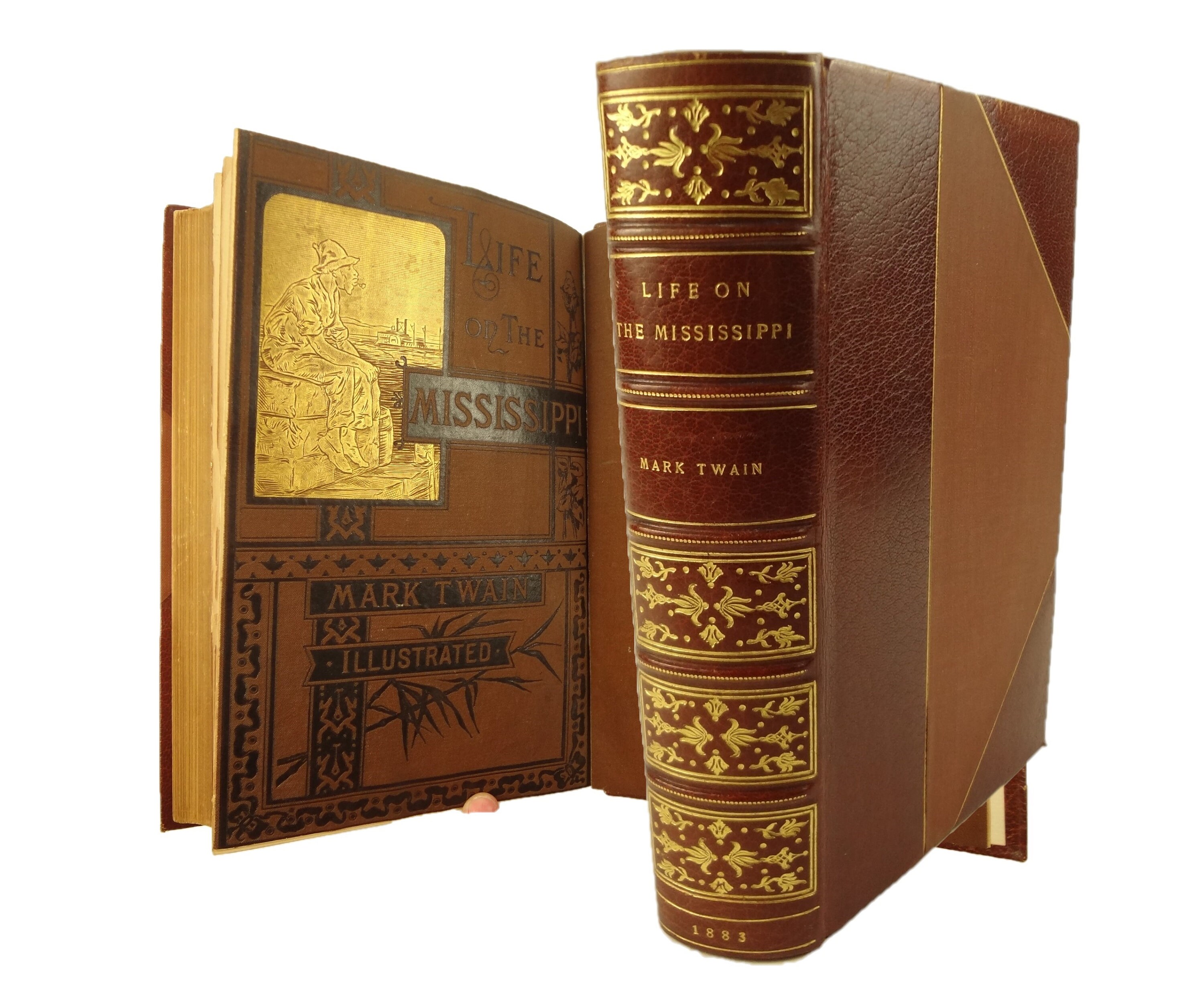 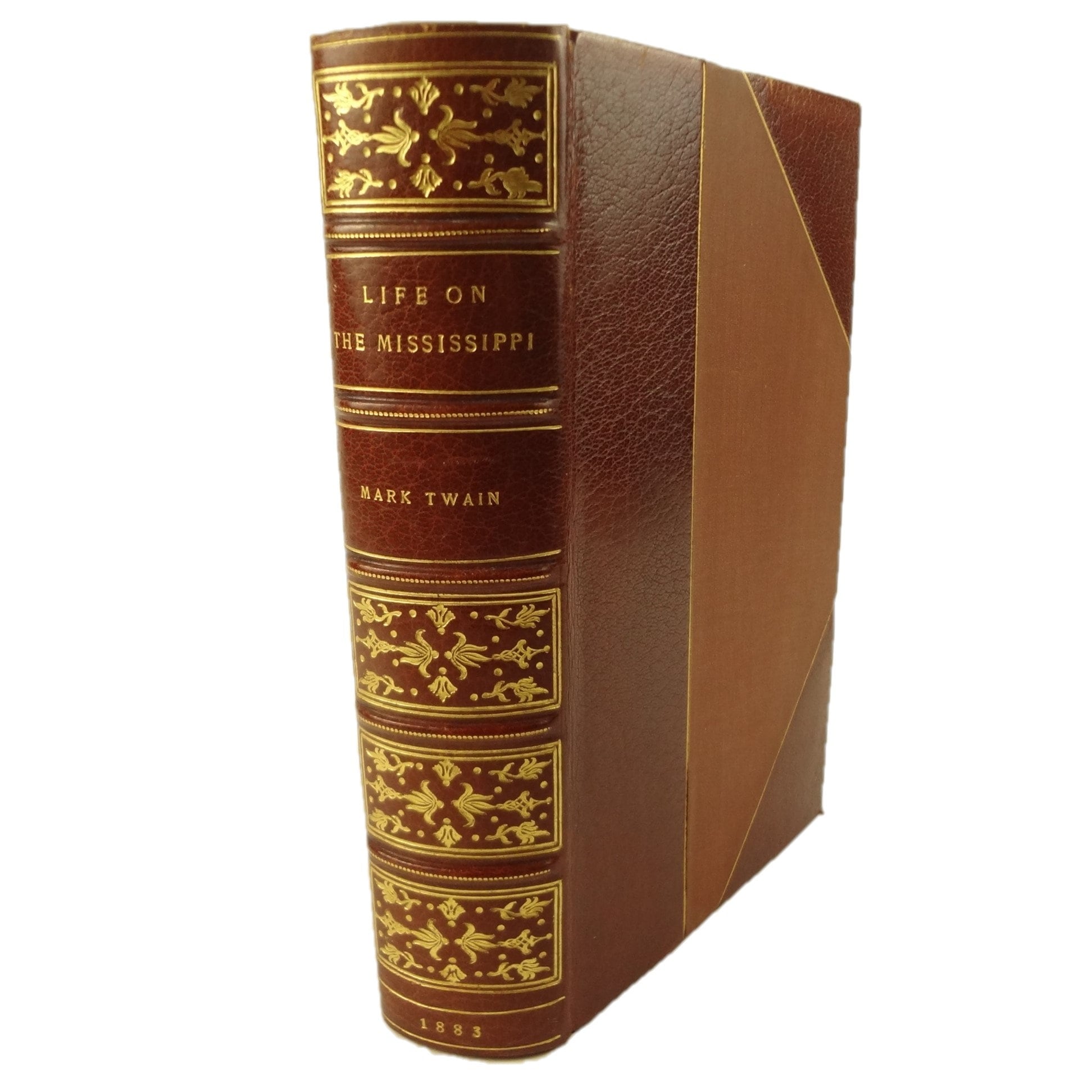 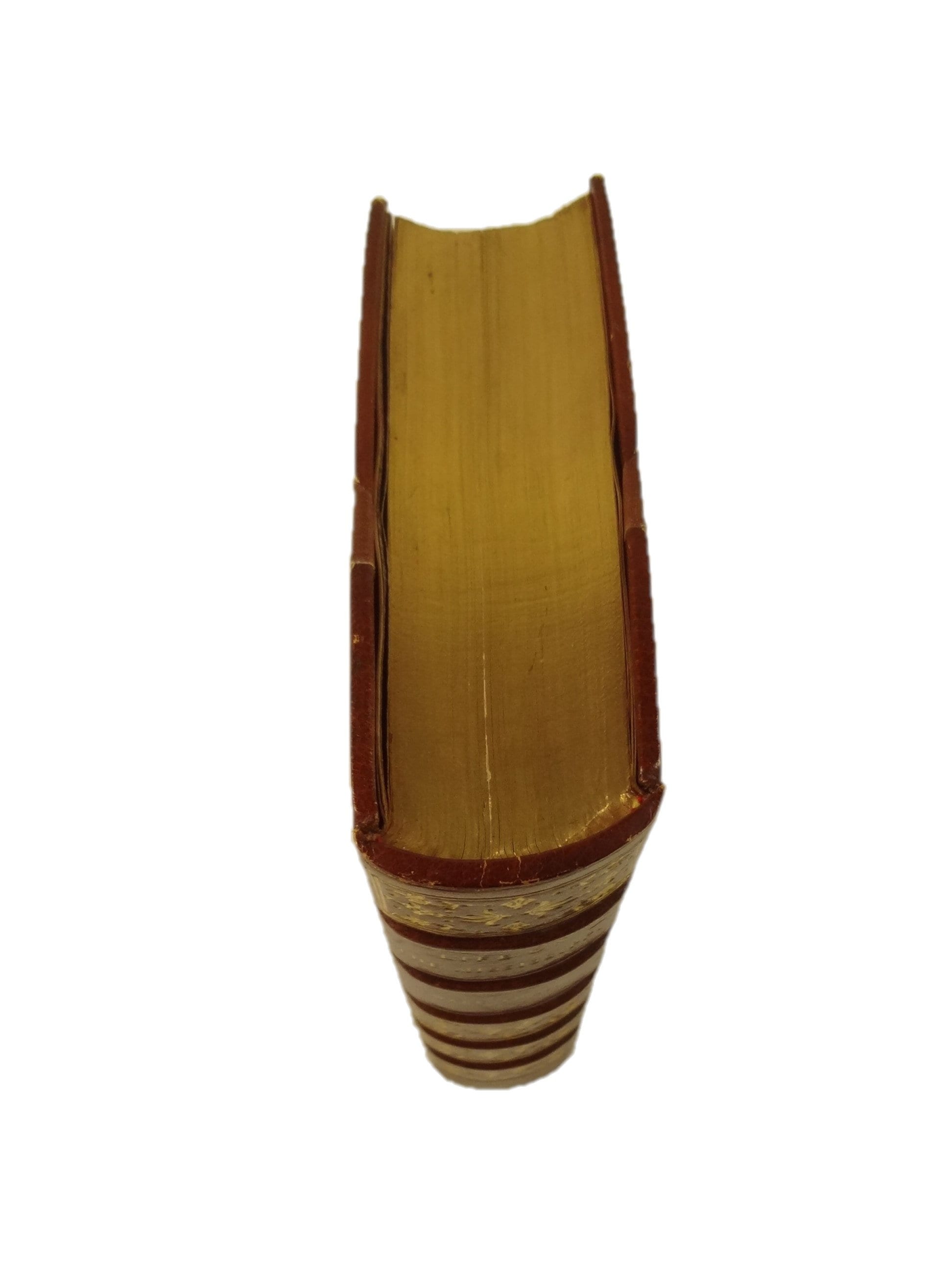 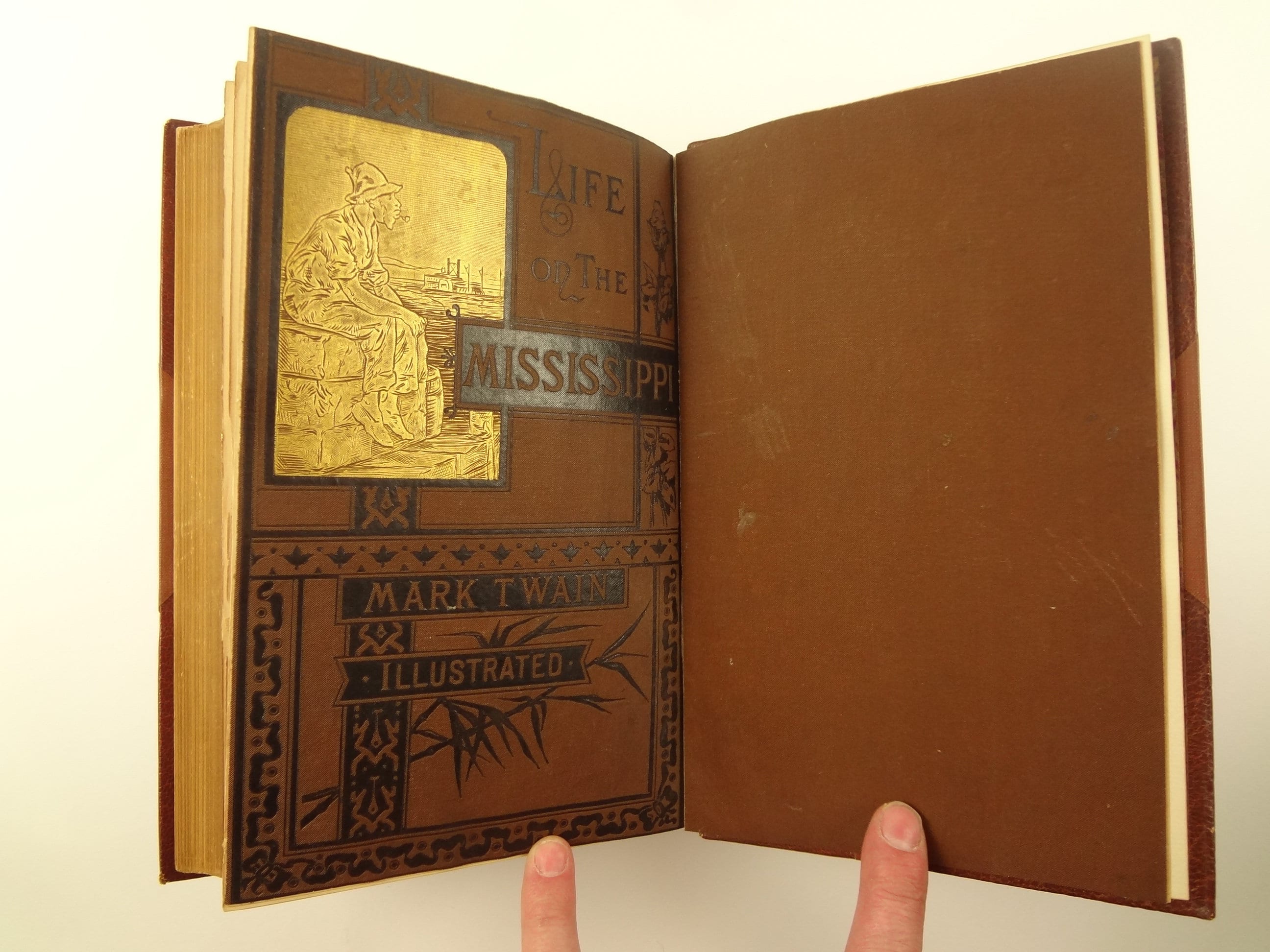 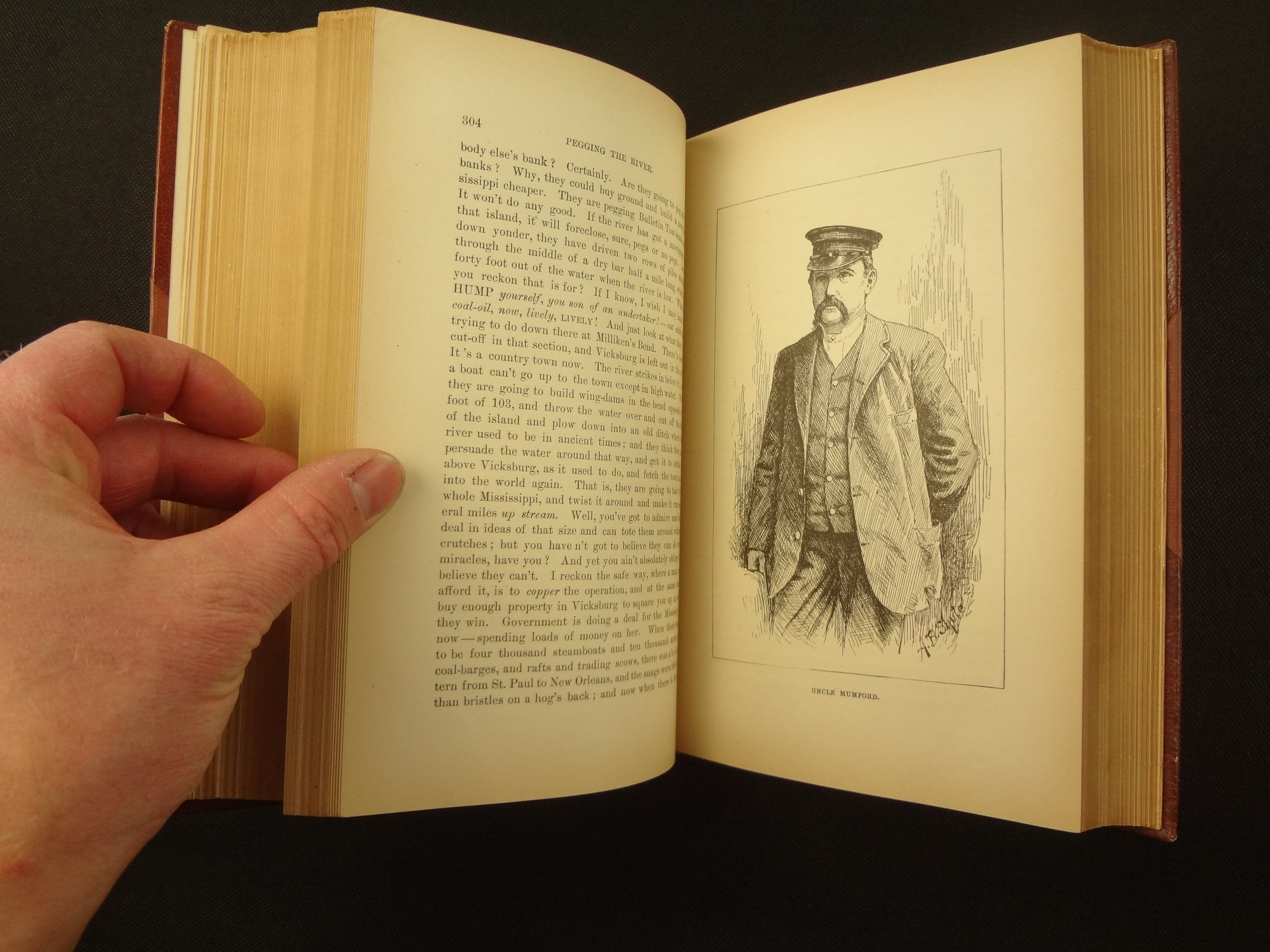 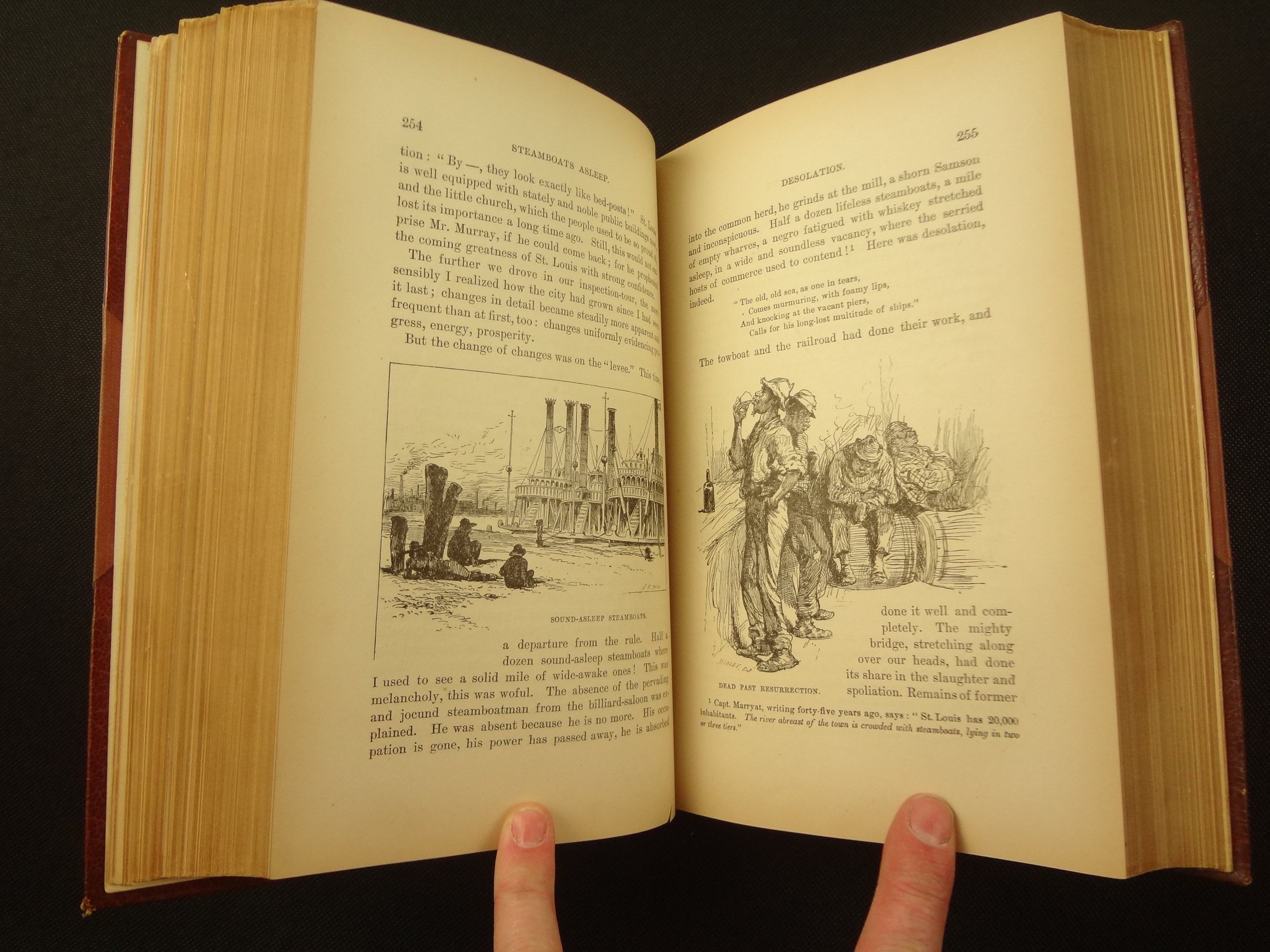 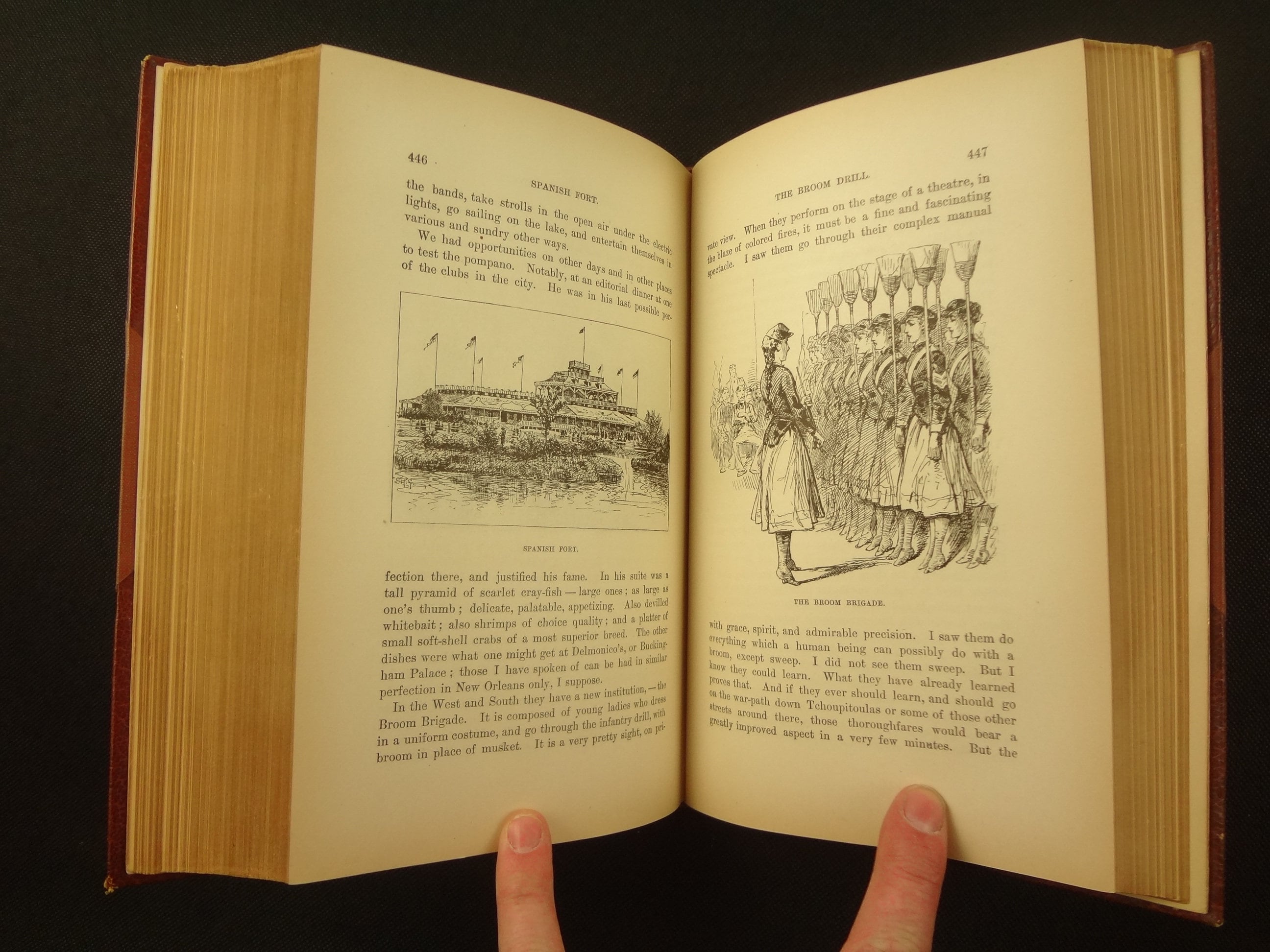 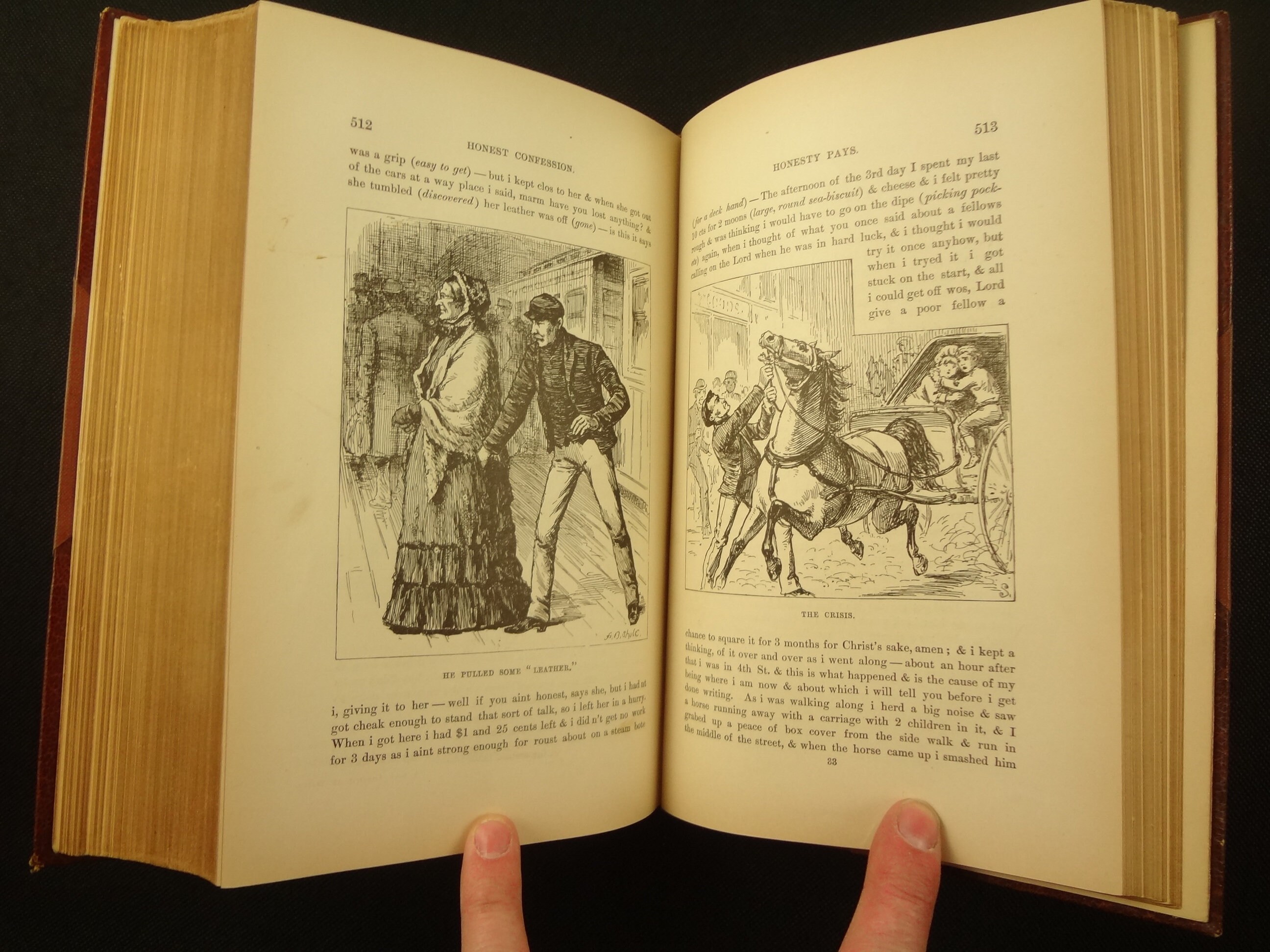 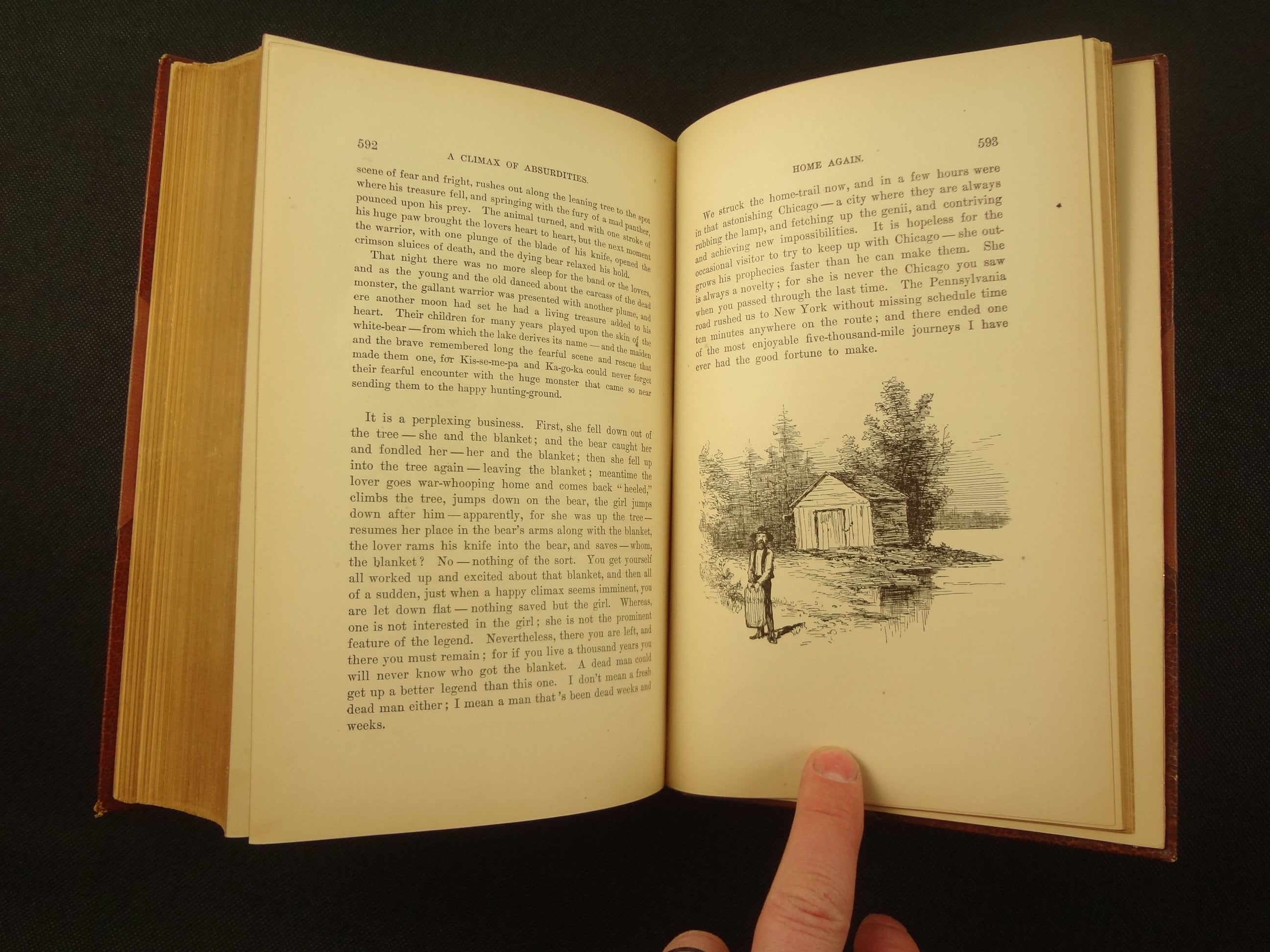 A handsome first edition of Mark Twain's Life on the Mississippi, bound and signed by Whitman Bennett. The original cloth boards are bound-in at the rear, which always protects them well and keeps them as bright examples of the original.

“Twain once remarked that he considered this book his masterpiece, the book that would outlive his other works and endure as a classic. Of course, Twain once defined a classic as a book everybody talks about but nobody ever reads, and by that standard, this volume is in no danger of going the way of Paradise Lost, War and Peace, or Remembrance of Things Past. At first glance it seems to be a travel book, but it is really a highly readable discursive autobiographical account of Twain's boyhood, his region, and of a culture that had radically changed since he left home thirty years earlier. It makes good reading as background for Huck Finn, and it is such a vivid evocation of the period and people it describes, it may yet endure as a classic.” – Collecting Mark Twain, Kevin MacDonnell, Firsts Magazine Inc, posted at the ABAA website

Mixed-state. During the printing run of the first edition, several changes were made. This copy has the earlier Twain head-in-flames on 441, but the later St. Charles Hotel on 443.

The binder, Whitman Bennett, was an interesting American himself. Before bookbinding, he was a silent-film producer and director, including six films starring Lionel Barrymore. His authored books include A Practical Guide to American Book Collecting.

Measures approx. 22 x 14 x 4 cm.. 3/4 calf binding with cloth covered boards; spine and corners in calf with single gilt fillet along edges. Spine with five raised bands, pointelle roll in gilt over them; four compartments of spine have leaves and dot gilt decorations framed in double gilt fillet borders, two compartments have title and author in gilt, year in gilt at base of spine. All edges gilt (AEG). Decorative paper endpapers, simulating marbling... but I don't think it is marbling. Cloth covers pasted in at rear blank unpaginated endpapers.

See pictures. A few rubs around edges and corner wear (small). One 2 cm. rub on back board. Slightly out of square, likely due to original cloth binding being bound-in at rear. Binder stamp on verso of flyleaf.

Mostly, quite clean and handsome.