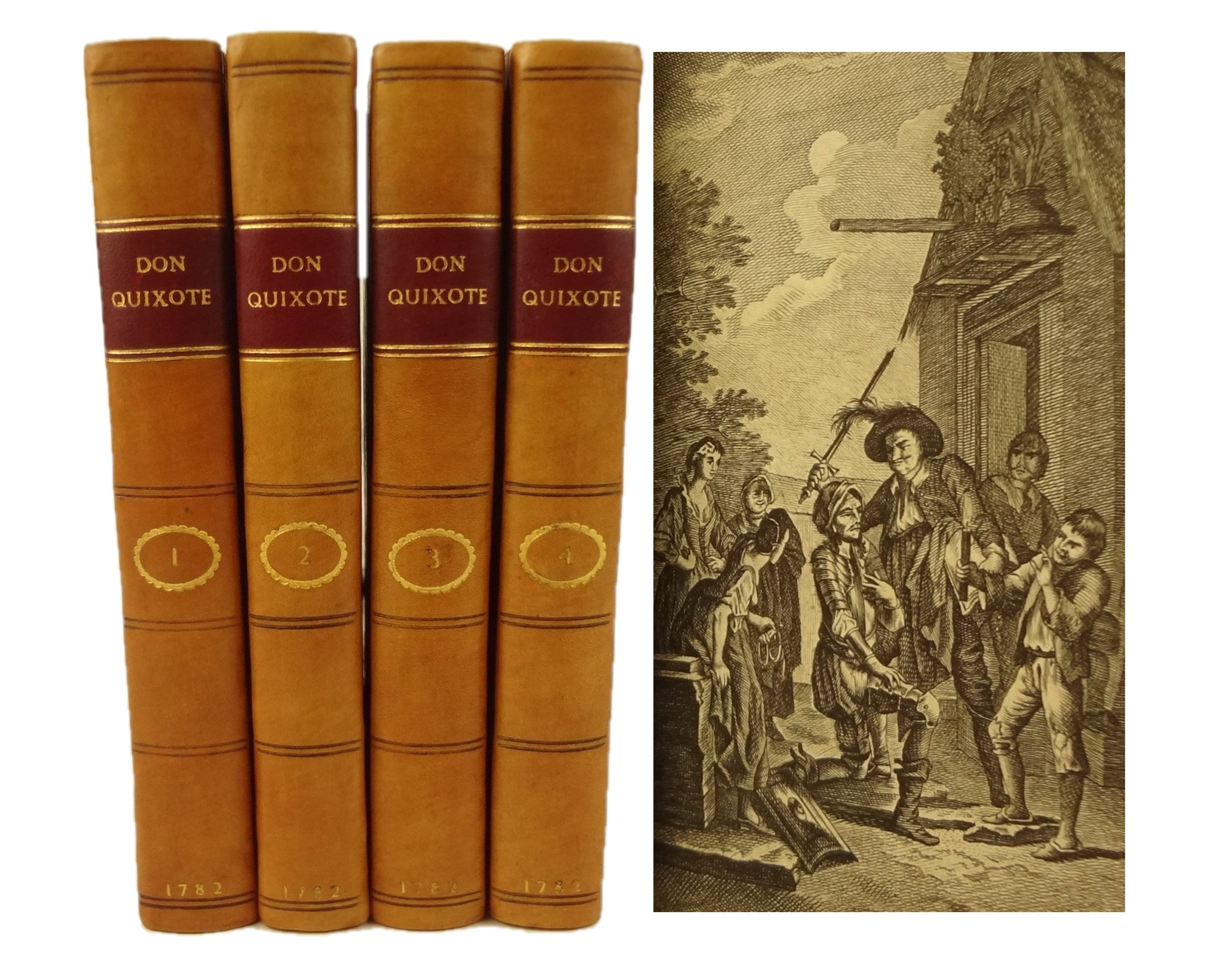 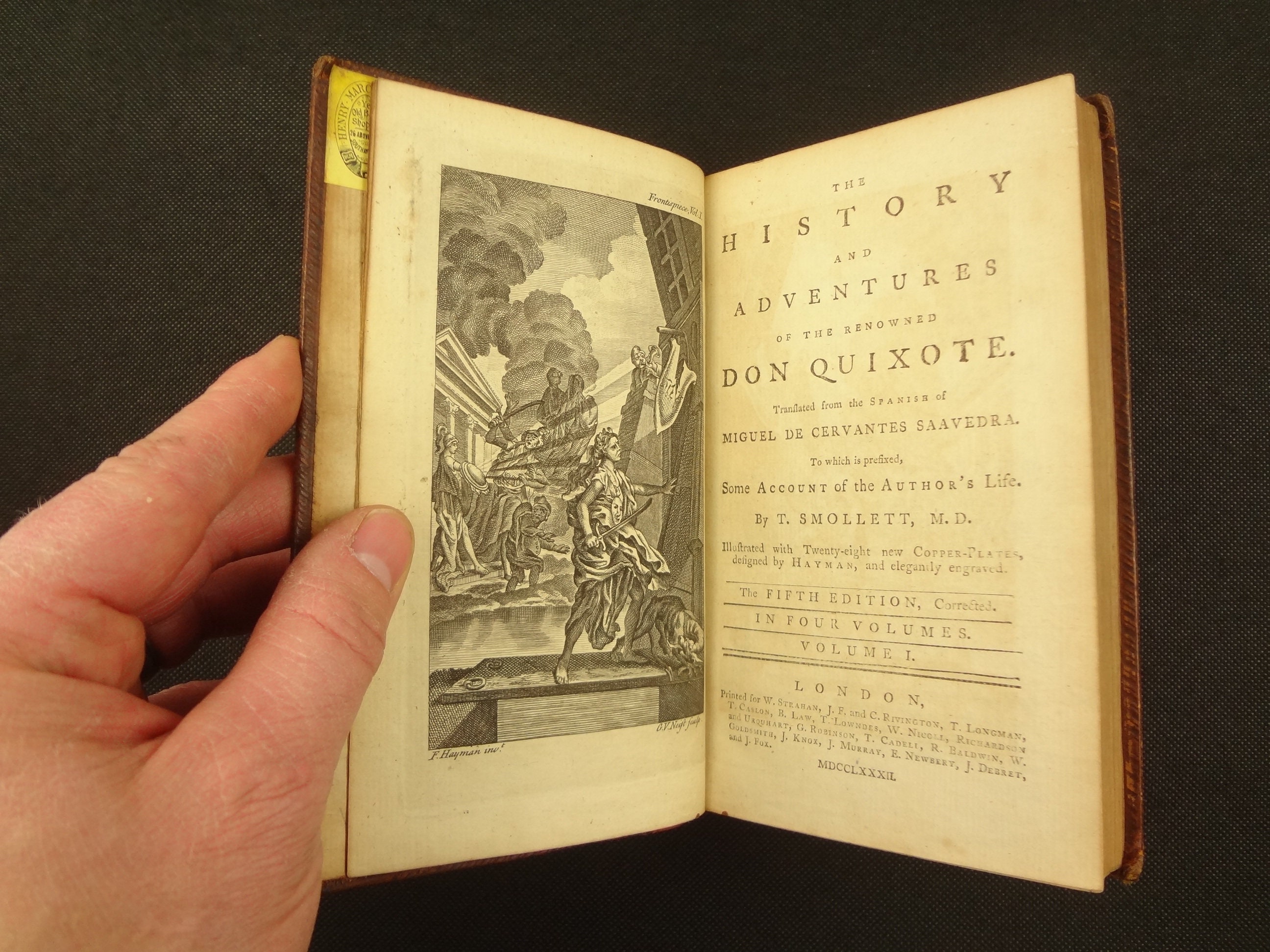 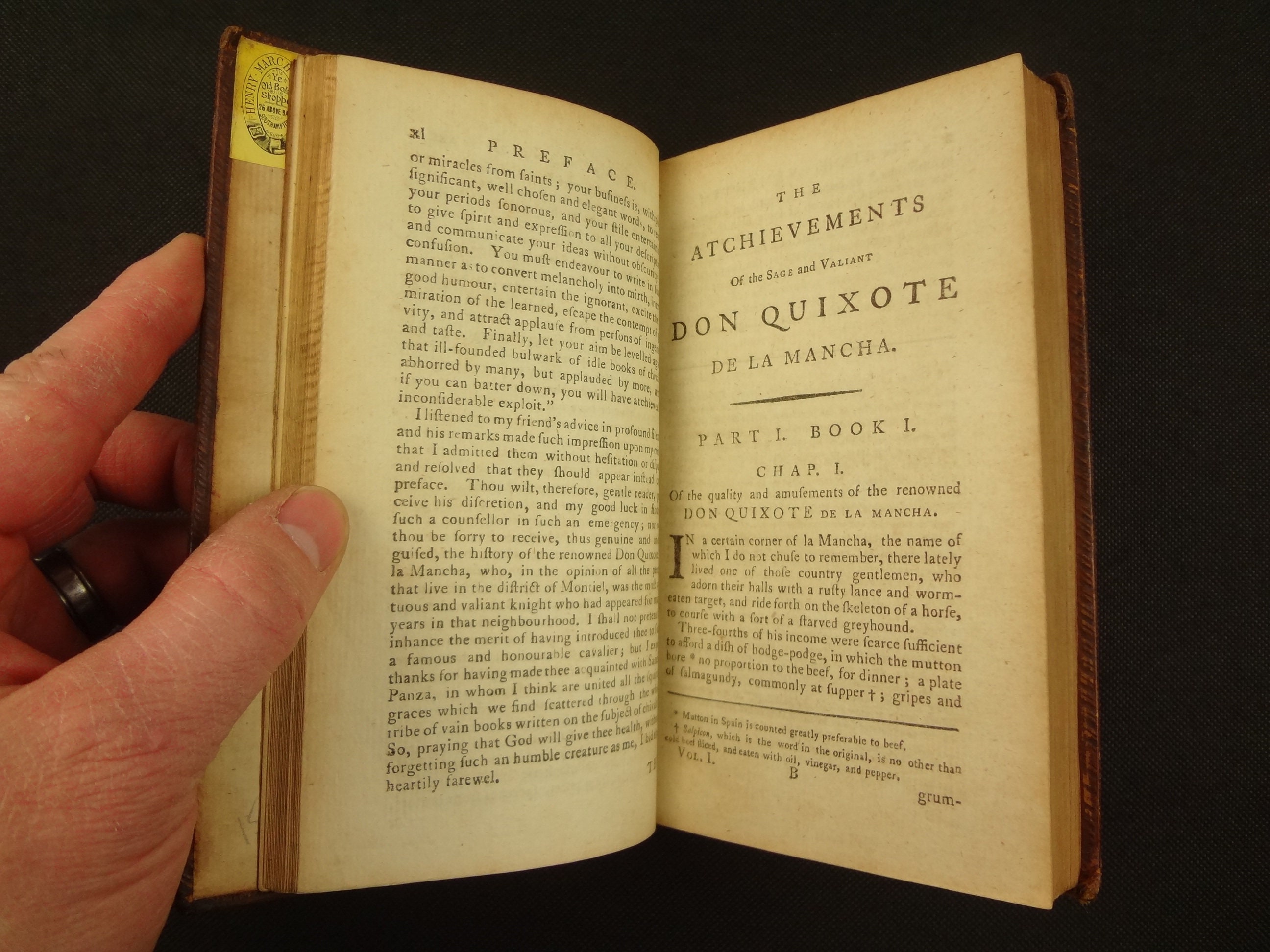 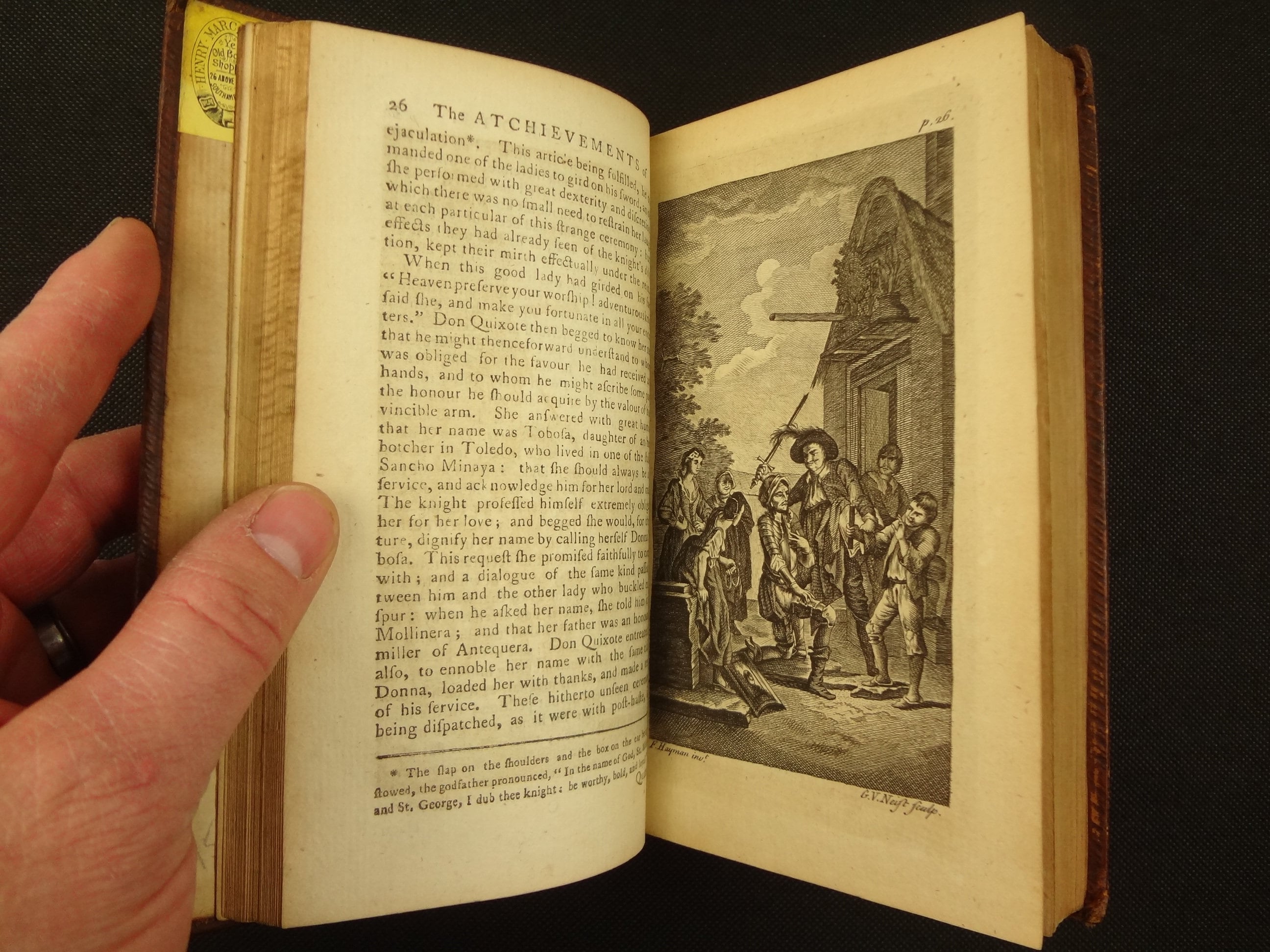 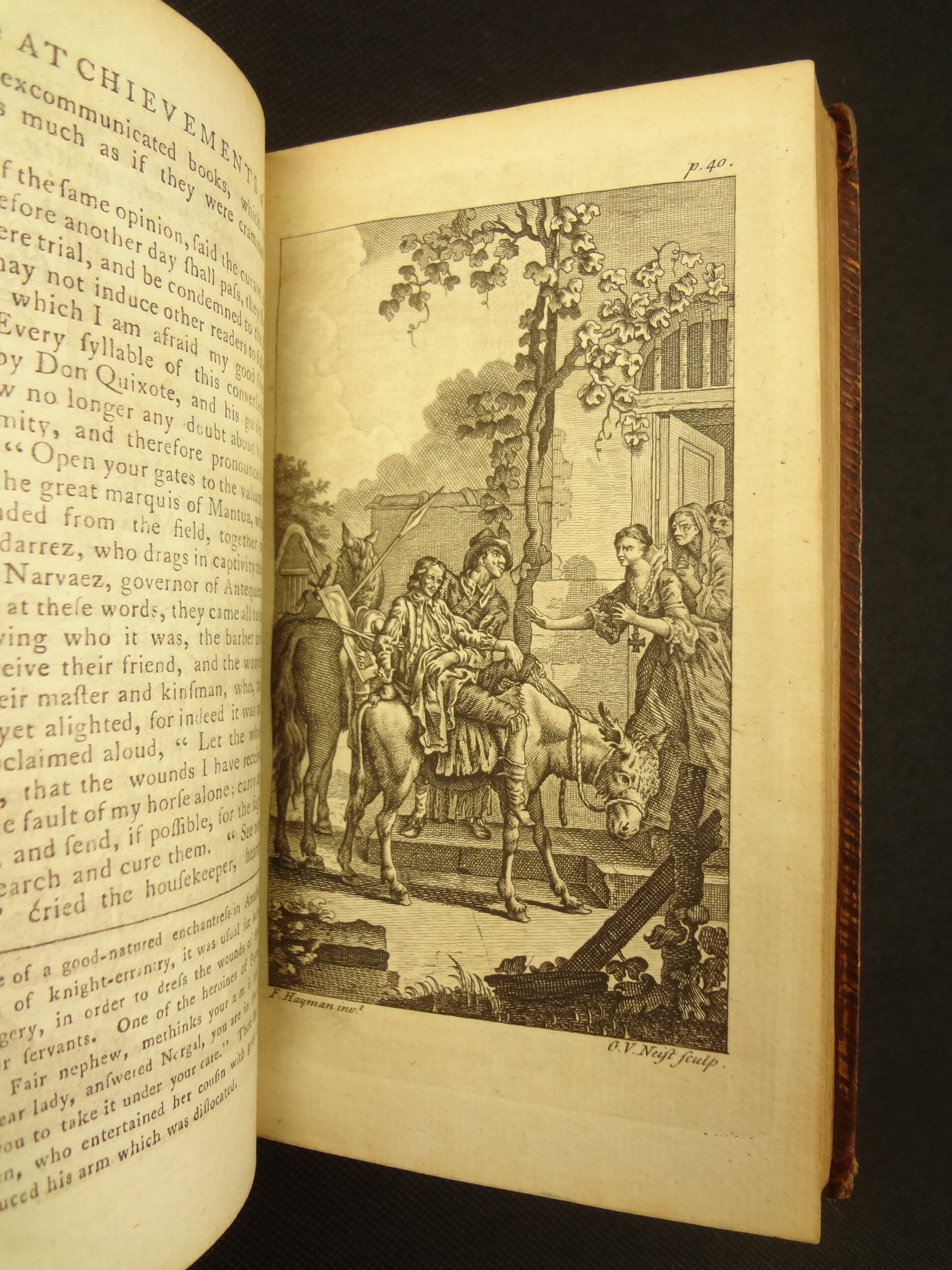 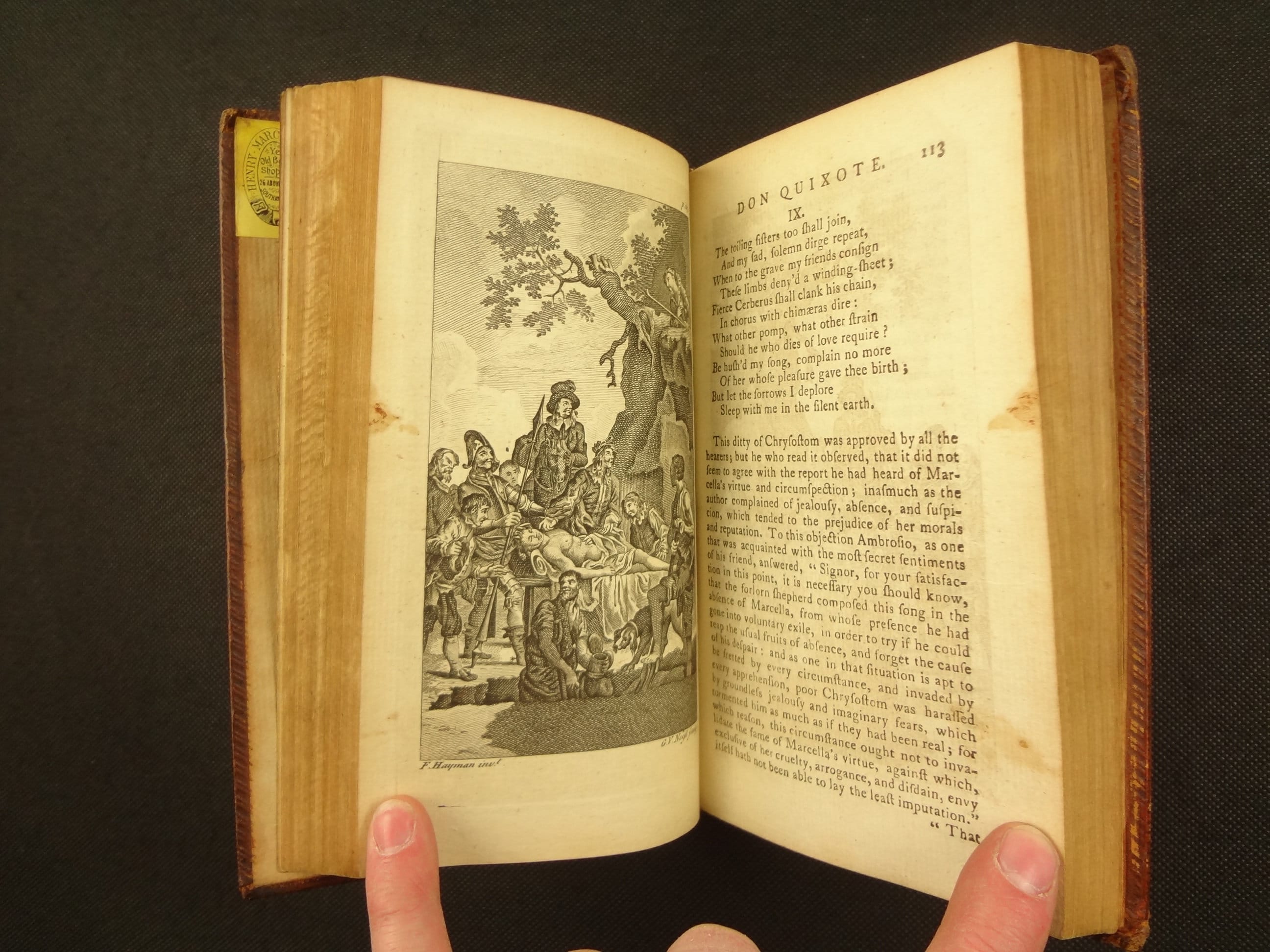 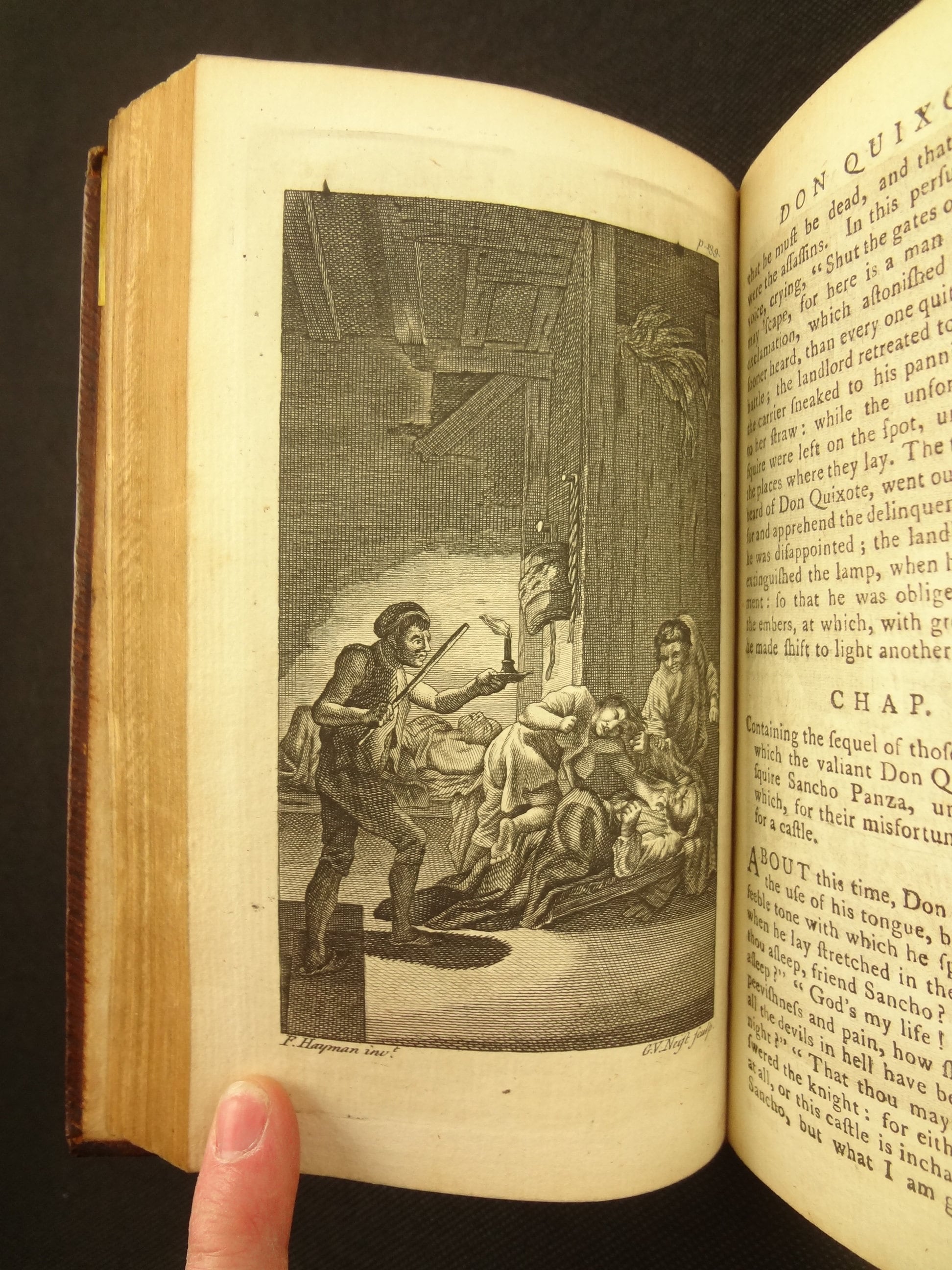 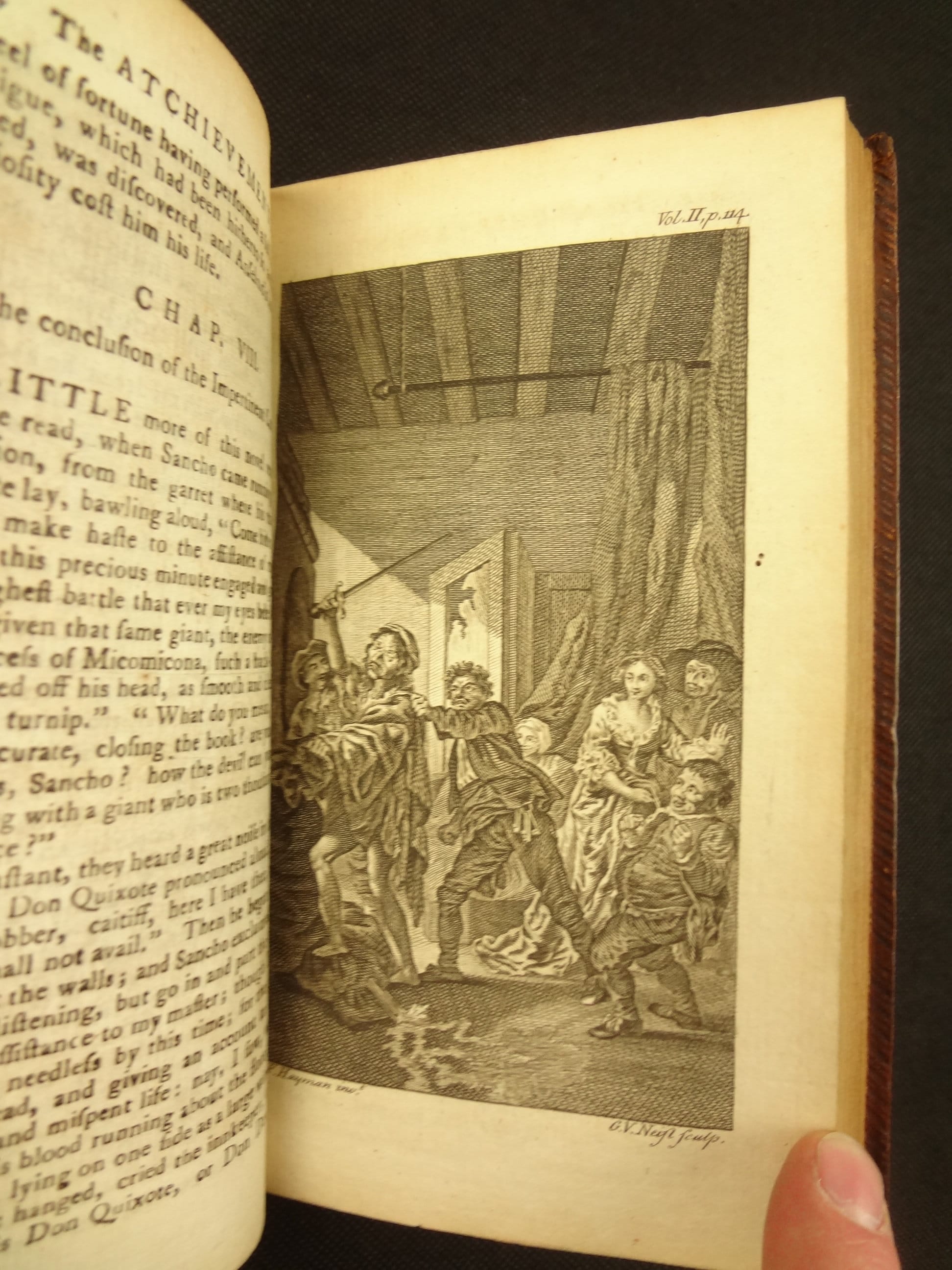 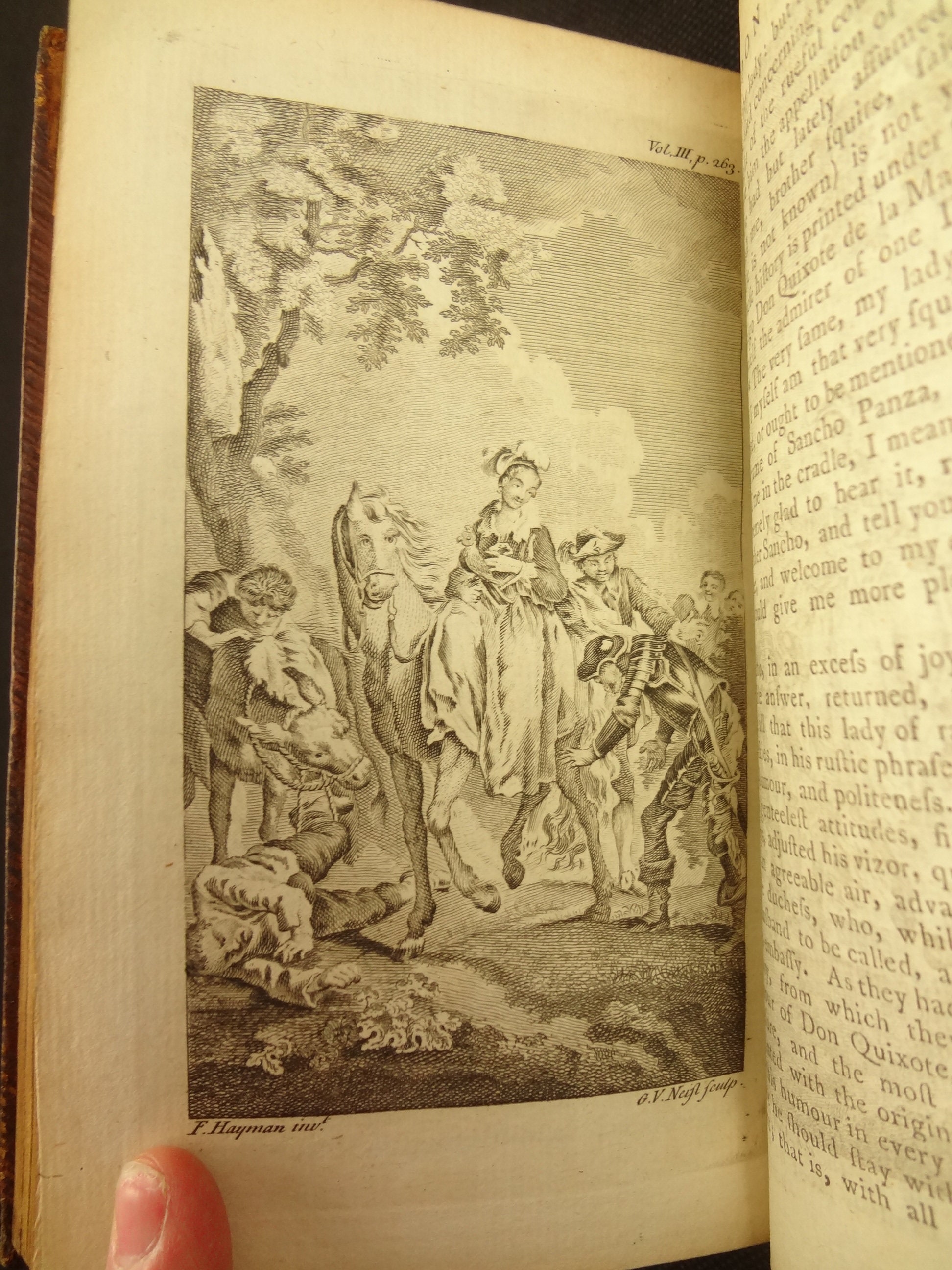 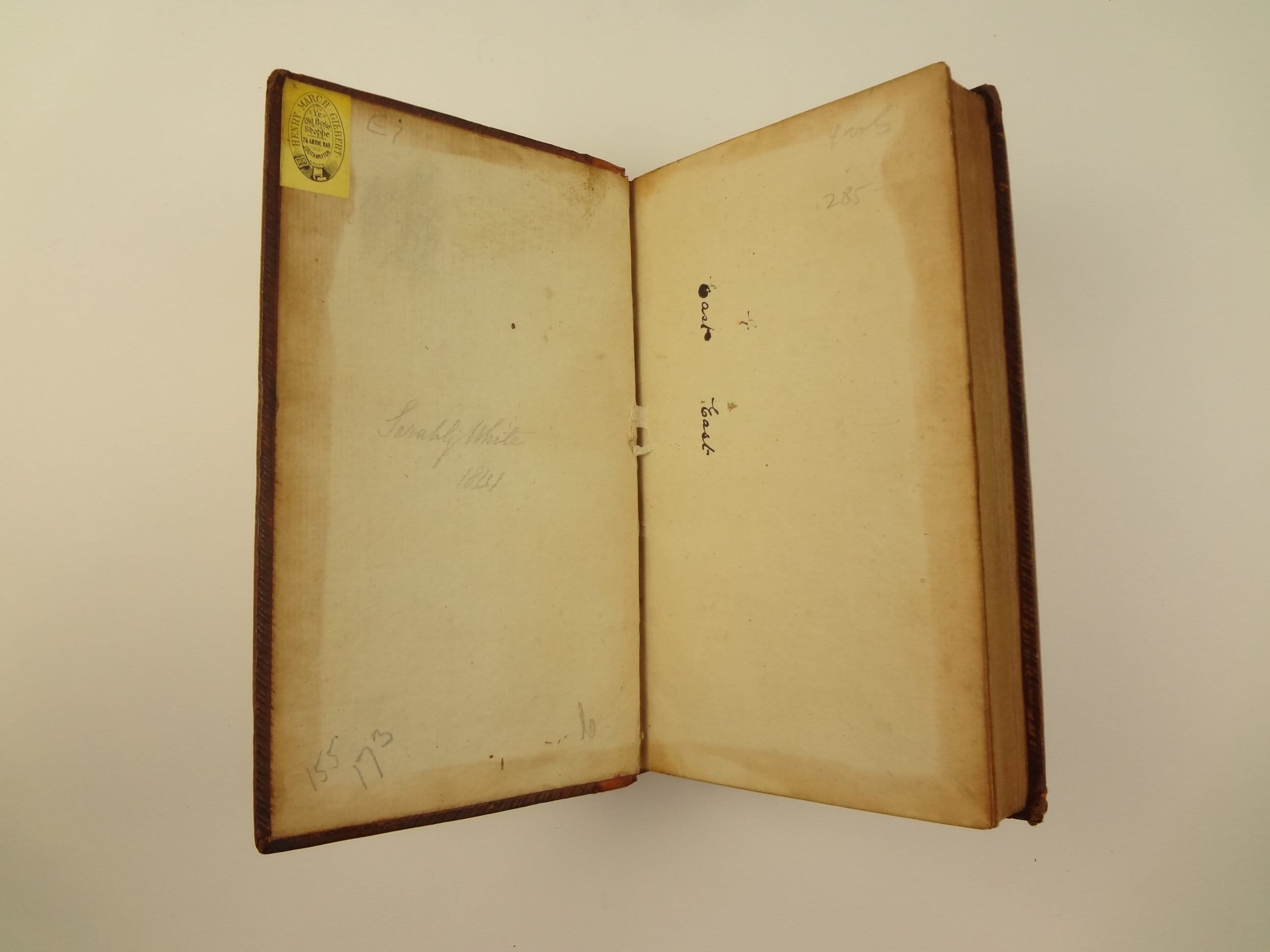 1782 English fifth edition ("corrected"), complete in four volumes, with twenty-eight new copper-plates designed by Hayman. With a prefix of "Some Account of the Author's Life". A handsome set, enjoyable with it's numerous copper-plate engravings!

Each volume measures approx. 18 x 10.5 x 2 cm, octavo. Calf bindings (re-backed). Spine with some blind and gilt tooling; title on red Morocco in gilt, volume and year (at base) in gilt. Some blind tooling around turn-ins.

Collated, I counted all twenty-eight engravings.

See pictures. Re-backed, well executed. Corners and edges of older bords worn, with occasional rubs, marks consistent with age. Mostly a handsome set. Some darkening to top edges of text block when viewed from above. Turn-ins/oiling of bindings has ghosted flyeaves and endpapers with turn-ins.

Henry March Gilbert ticket on each pastedown. Numerous ex-libris and bookseller notes on volume 1 pastedown and flyleaf. Some toning throughout. Volume one a few leaves near beginning have tiny dog-ear (corner turned down). Some illustrations have ghosted the facing page. Occasional fox spot throughout, but only on occasion. Spots near margin of 112/113 v1.. V2 - two worm holes near fore-edge at margin, very small. One worm hole at bottom margin of V3.

Except for toning and occasional fox spot mostly the text block is quite clean. It may even have been washed at some point, the text seems like it might be a little faded at times (may just be indicative of this period's printing).