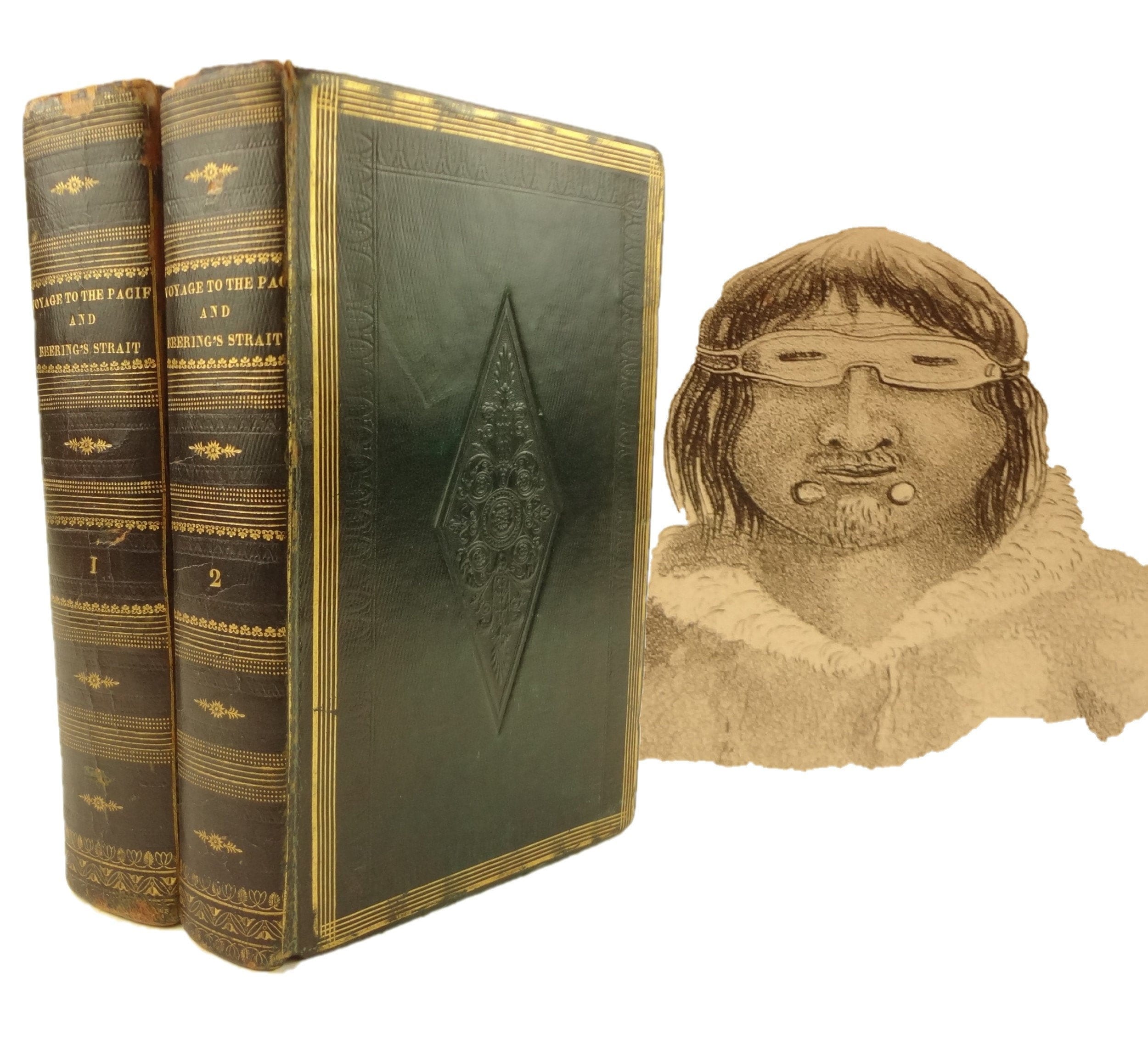 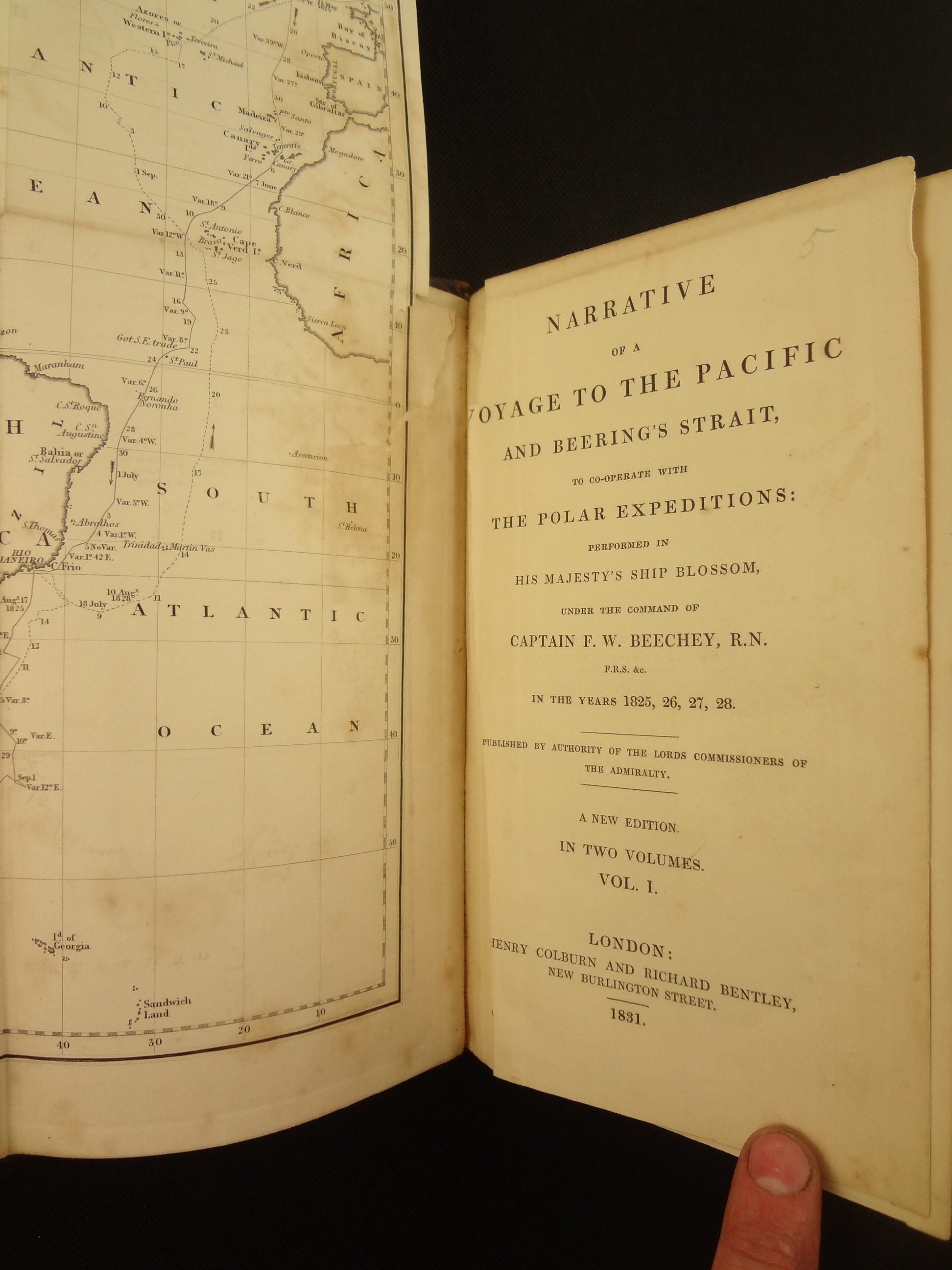 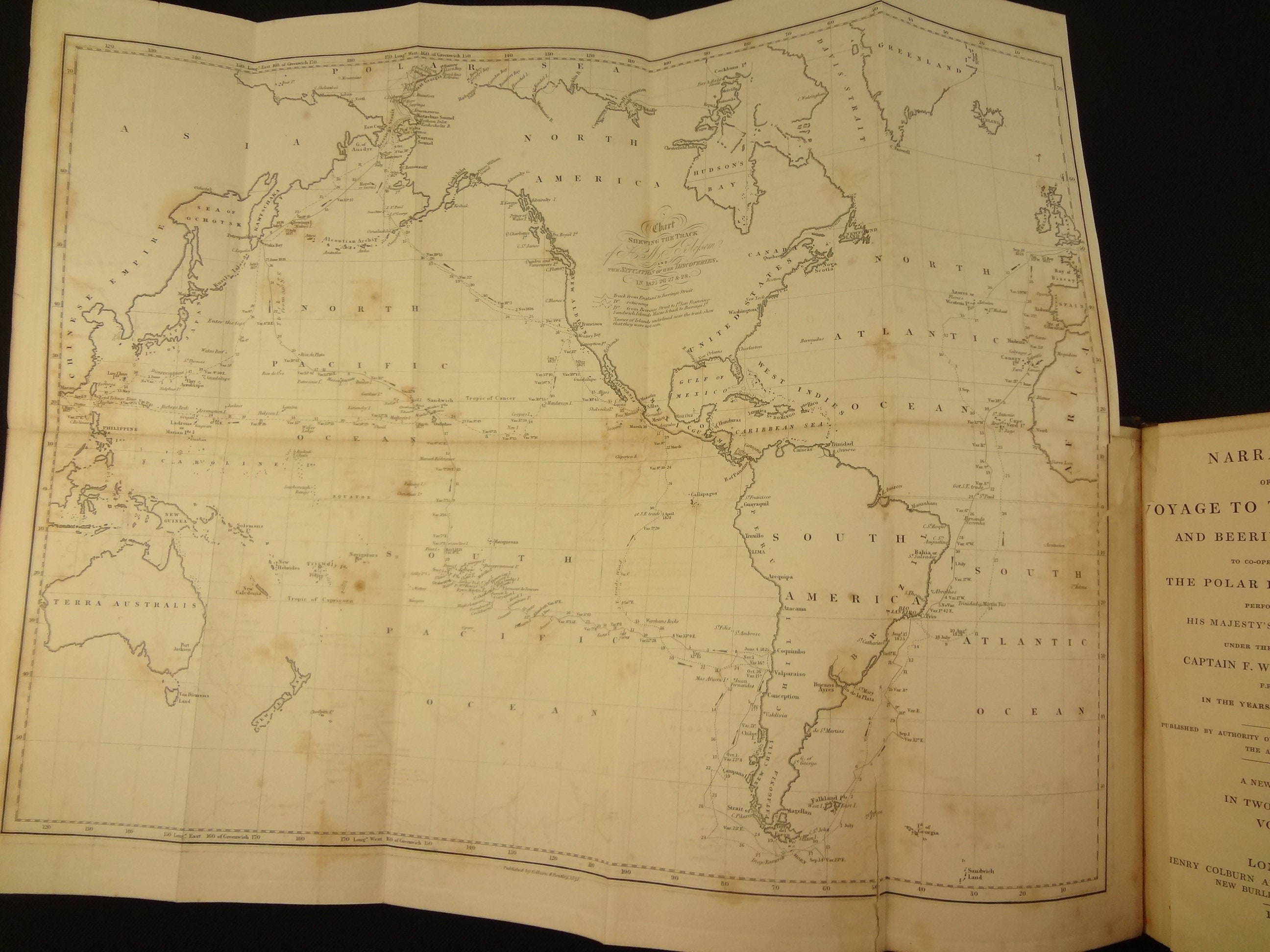 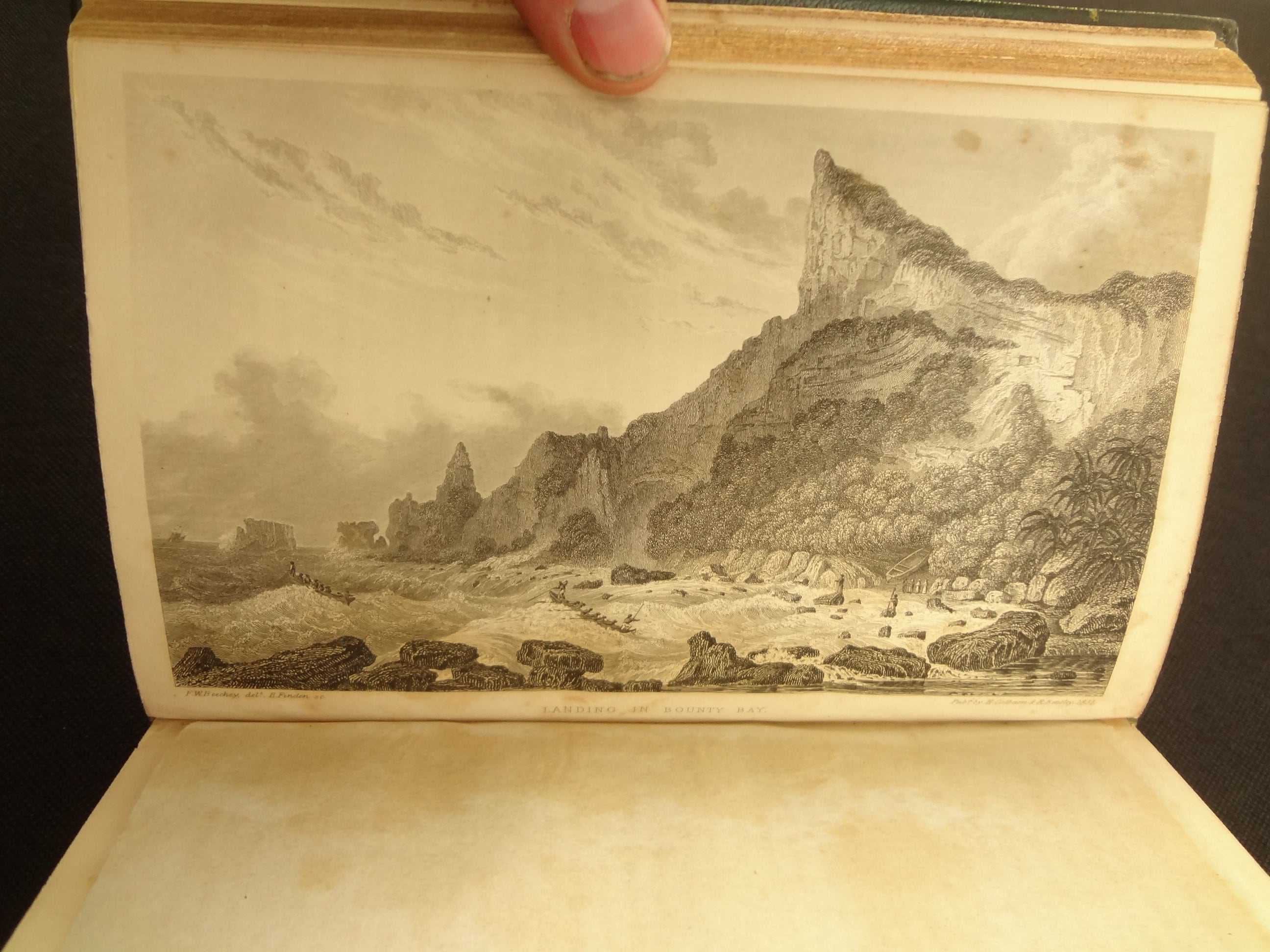 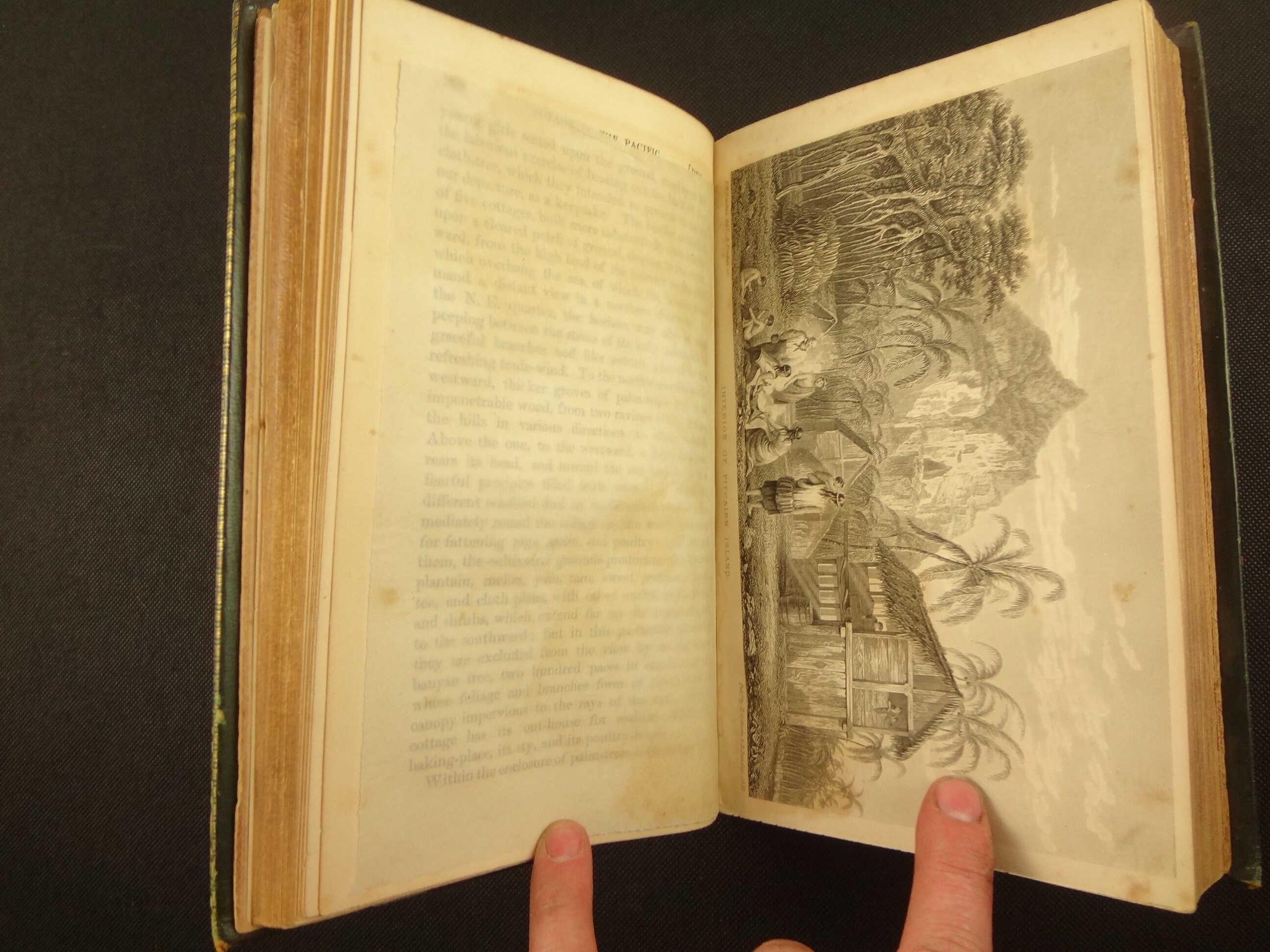 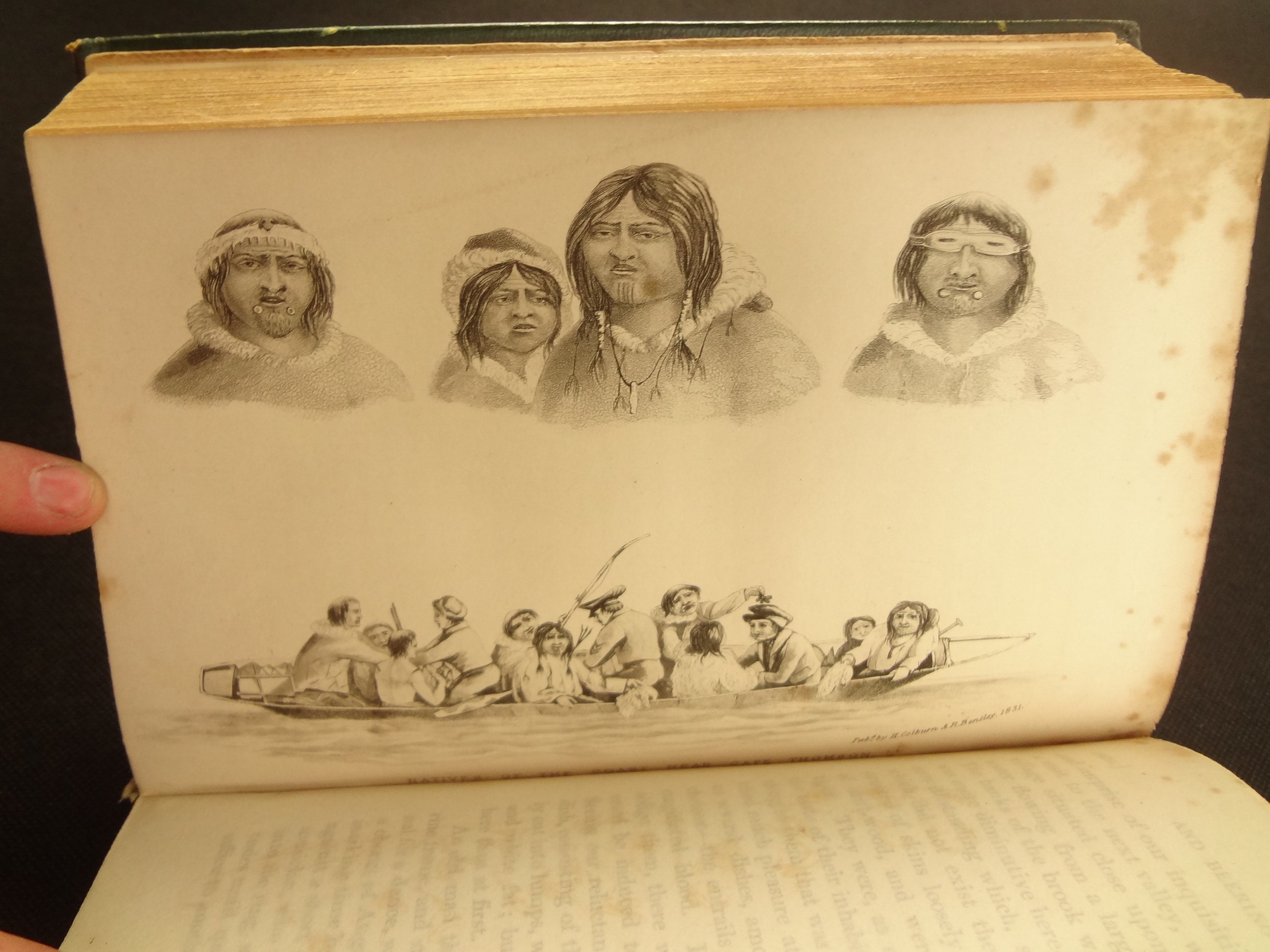 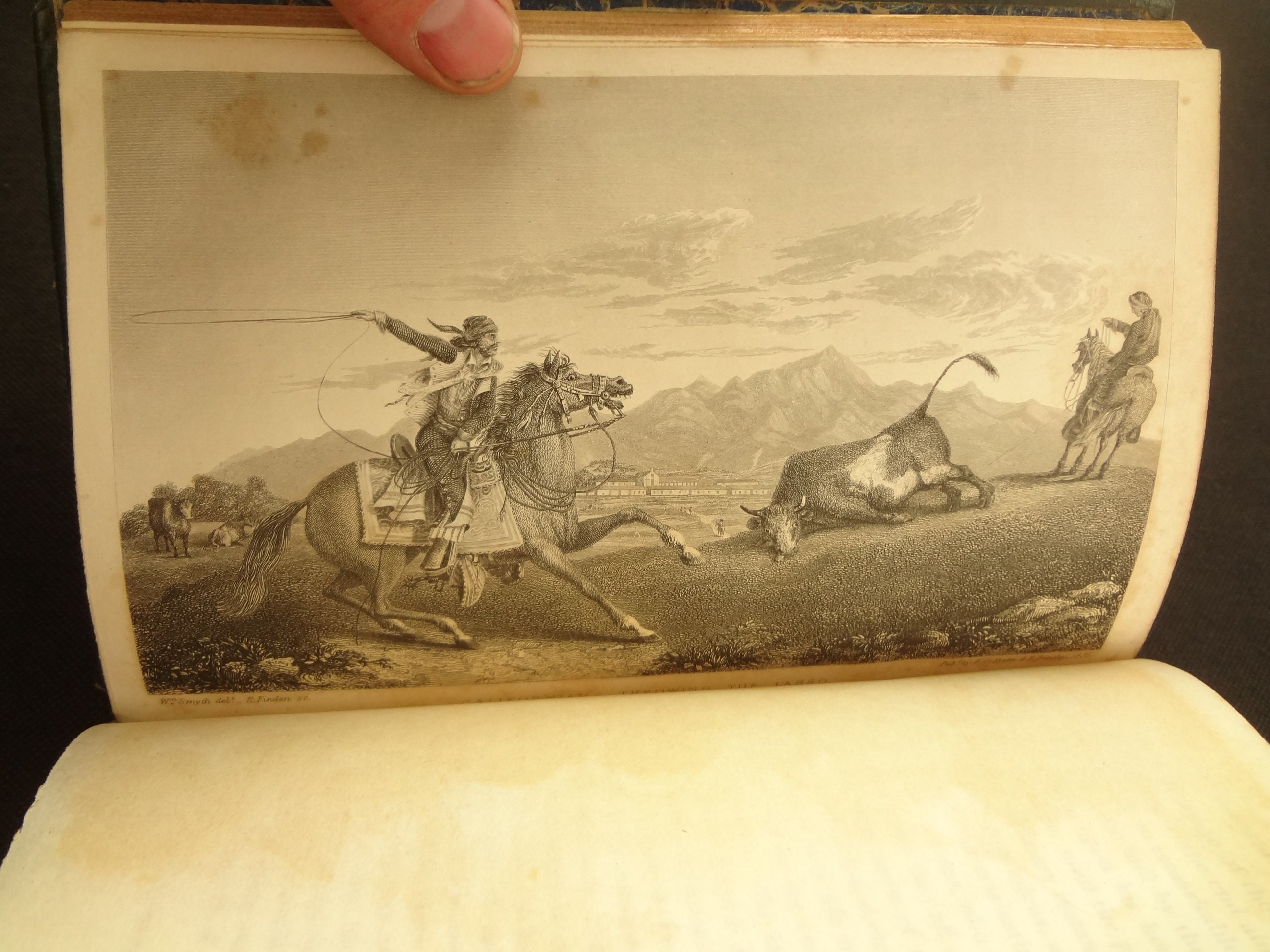 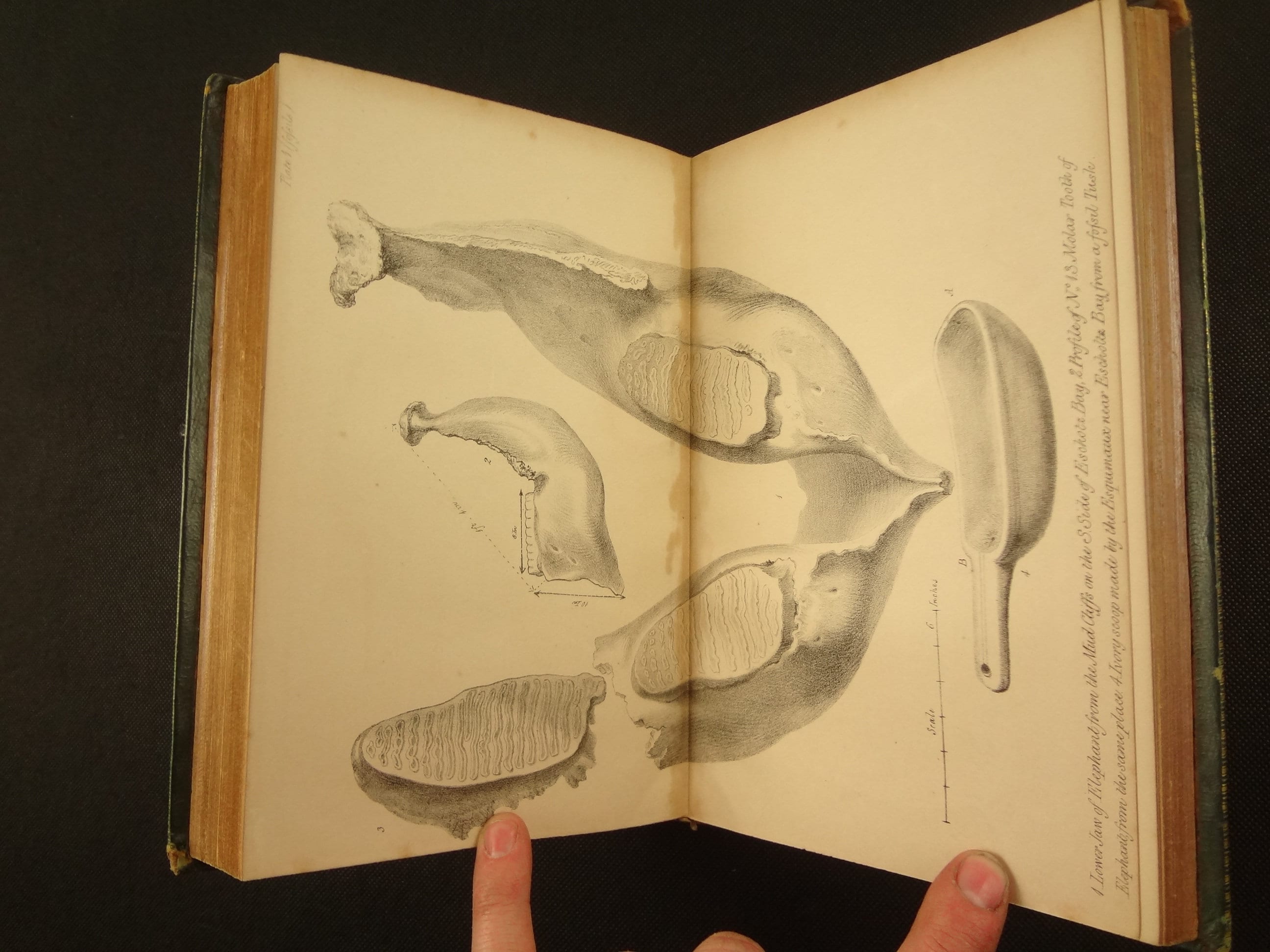 1831 Narrative of a Voyage to the Pacific and Beering's Strait by Frederick William Beechey. Colburn

The first octavo edition of Beechey's historic tour (a quarto had been released earlier in the year), complete in two volumes, with twenty-three plates (four double-page) and three maps (two fold-out).

"Travelling to the Bering Strait and beyond, Beechey's expedition was supposed to have met up with Sir John Franklin and Captain Parry, who were expected to arrive from the East. Franklin came within 50 leagues of Beechey's camp, but was forced to turn back on account of bad weather. This narrative remains one of 'the most valuable of modern voyages' (Hill 93) and provides accounts of visits to Pitcairn Island, where Beechey interviewed John Adams (the last surviving member of the mutiny on the Bounty), Tahiti, Alaska, Hawaii, Macao, Okinawa, and the coast of California."

"In 1825, Beechey was appointed to command HMS Blossom. His task was to explore the Bering Strait in concert with Franklin and Parry operating from the east. In the summer of 1826, he passed the strait and a barge from his ship reached 71°23'31" N., and 156°21'30" W. near Point Barrow, which he named, a point only 146 miles west of that reached by Franklin's expedition from the Mackenzie River. The whole voyage lasted more than three years, and in the course of it, Beechey discovered several islands in the Pacific, and an excellent harbour near Cape Prince of Wales."

"In July 1826, he named the three islands in the Bering Strait. Two were the Diomede Islands that Vitus Bering had named in 1728: Ratmanoff Island (Big Diomede) and Krusenstern Island (Little Diomede). Beechey called the uninhabited third islet Fairway Rock, which is still its contemporary name. In 1831, there appeared Beechey's Narrative of a Voyage to the Pacific and Bering's Strait to Co-operate with the Polar Expeditions, 1825-1828."

The engravings of locations, islanders, California Native Americans, Eskimos and the Oriental add wonderfully to the volumes. As do the maps.

Each Measures approx. 13 x 21 x 3.5 cm, octavo. Green leather bindings with gilt decorations. Boards framed in gilt, with inner blind frames of a roll, and central floral motif in blind. Spines with six compartments separated by gilt fillets and rolls, with the title and volume in gilt in two compartments, and a central flower with leaves in four compartments. Marbled endpapers. Collated complete, all engravings and charts (maps) within (several instances of plates and maps put near where recommended to the binder, but not exact).

See pictures. Bindings have edge, corner and joint wear; and a little rubbing here and there. Chip at top-left of Volume two spine. 2 cm crack at bottom of Volume two's rear joint. Despite a little wear of time, the bindings are handsome and present well. A little dust darkening at top edges, ribbons present but expired. Turn-ins have ghosted endpapers. Ex-libris plates on v1 pastedown.

"Shewing the Track" foldout, with 4" tear along one fold, 3" fold in margin near gutter and 1" tear at top-edge. Title page facing the foldout has wrinkle where it touches the fold, with a 1 cm. tear mid-fold. A little toning and occasional fox/rust spots throughout, as is typical to paper of this period. Bookseller notes on verso of flyelaf. Ink spot on page 1 (4 cm.), ghosted and bled to facing leaves. Occasional thumb. Tissue over plates, except v1,p457 and v2. p162. Occasional moisture mark on NW Coast of America fold-out. 2 cm. fore-edge bump v.1, last ten leaves. 1" tear fore-edge v2, p449.

The books show some signs of time, and the fox spots of 19th century paper, but mostly they are quite handsome and nice books to peruse.