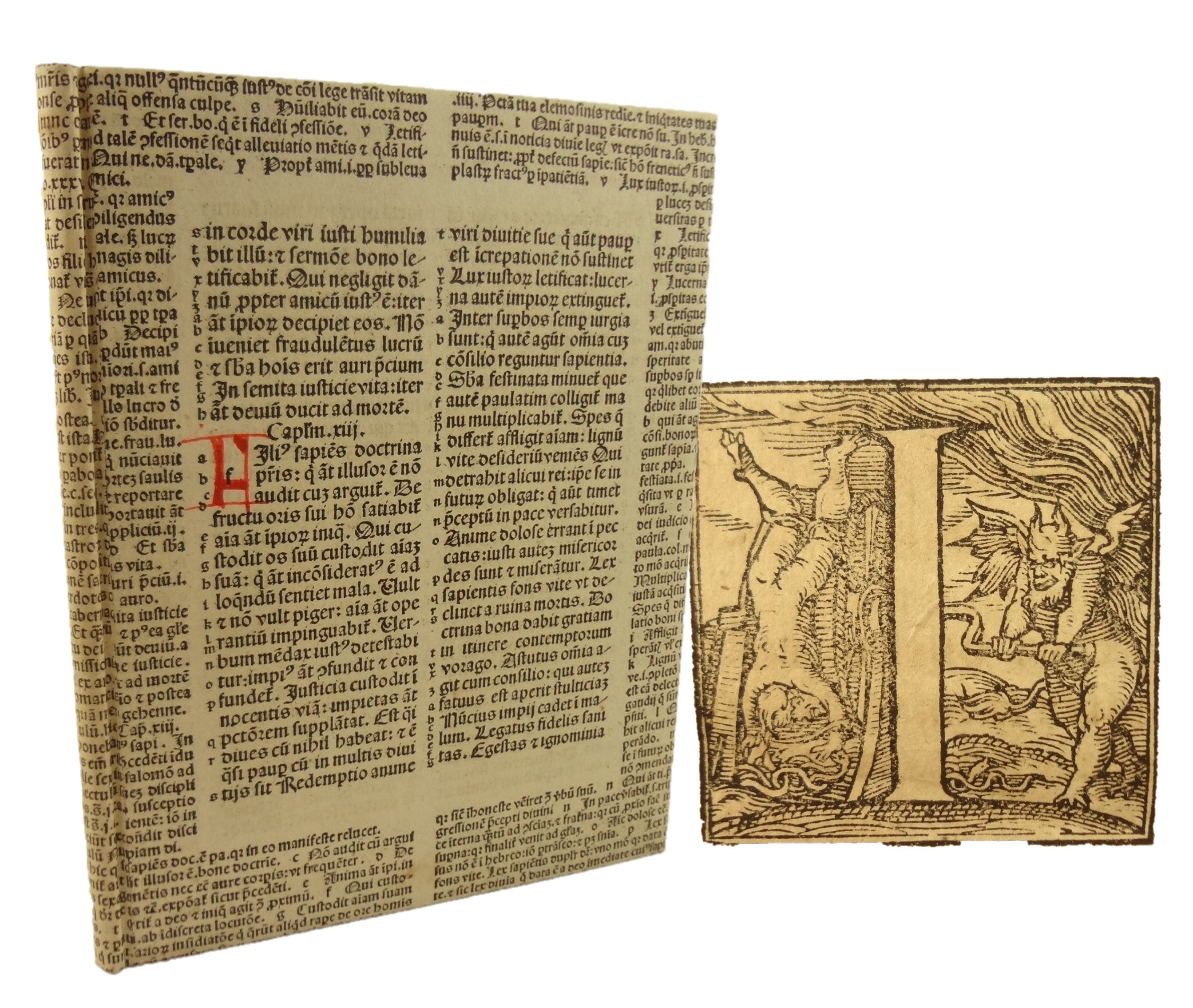 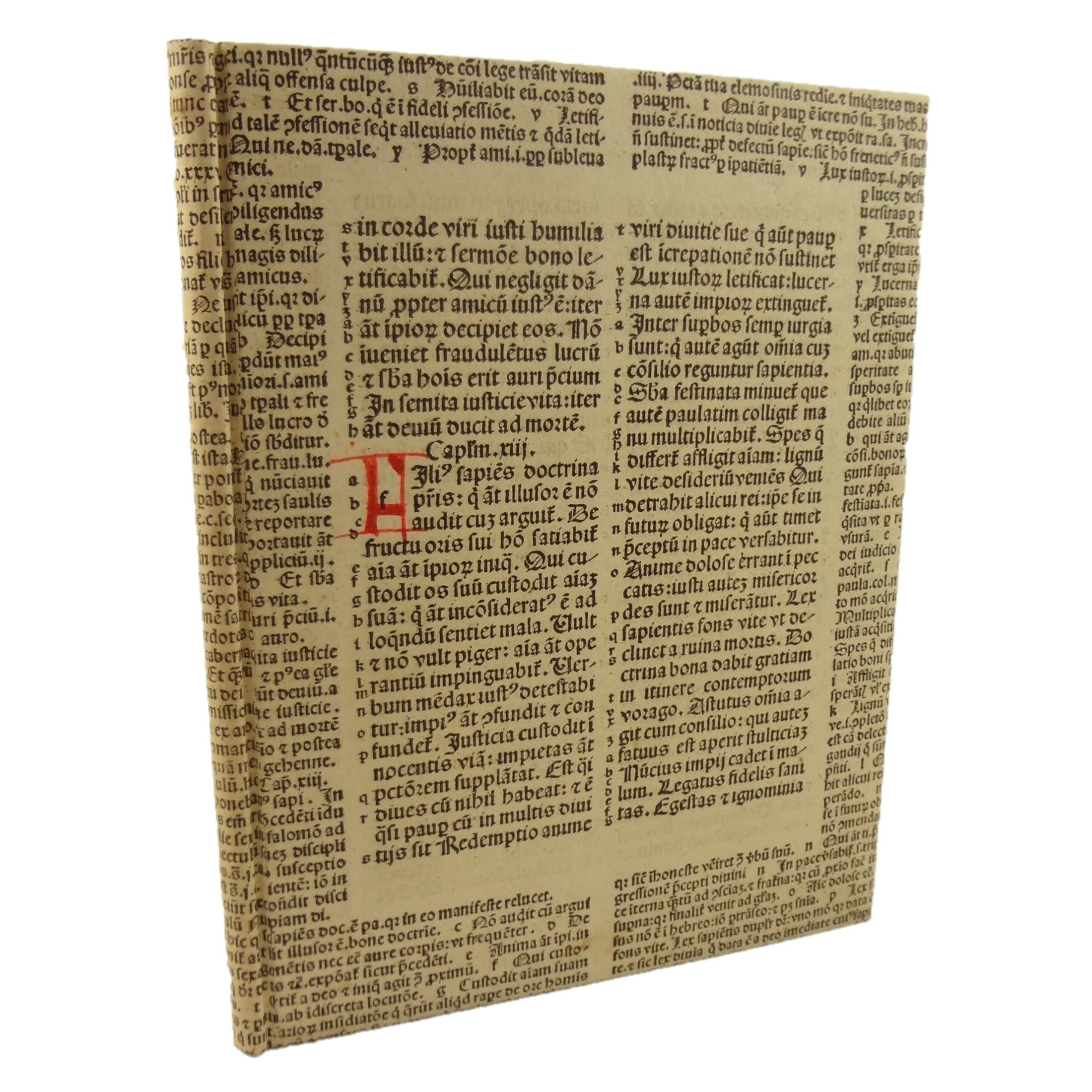 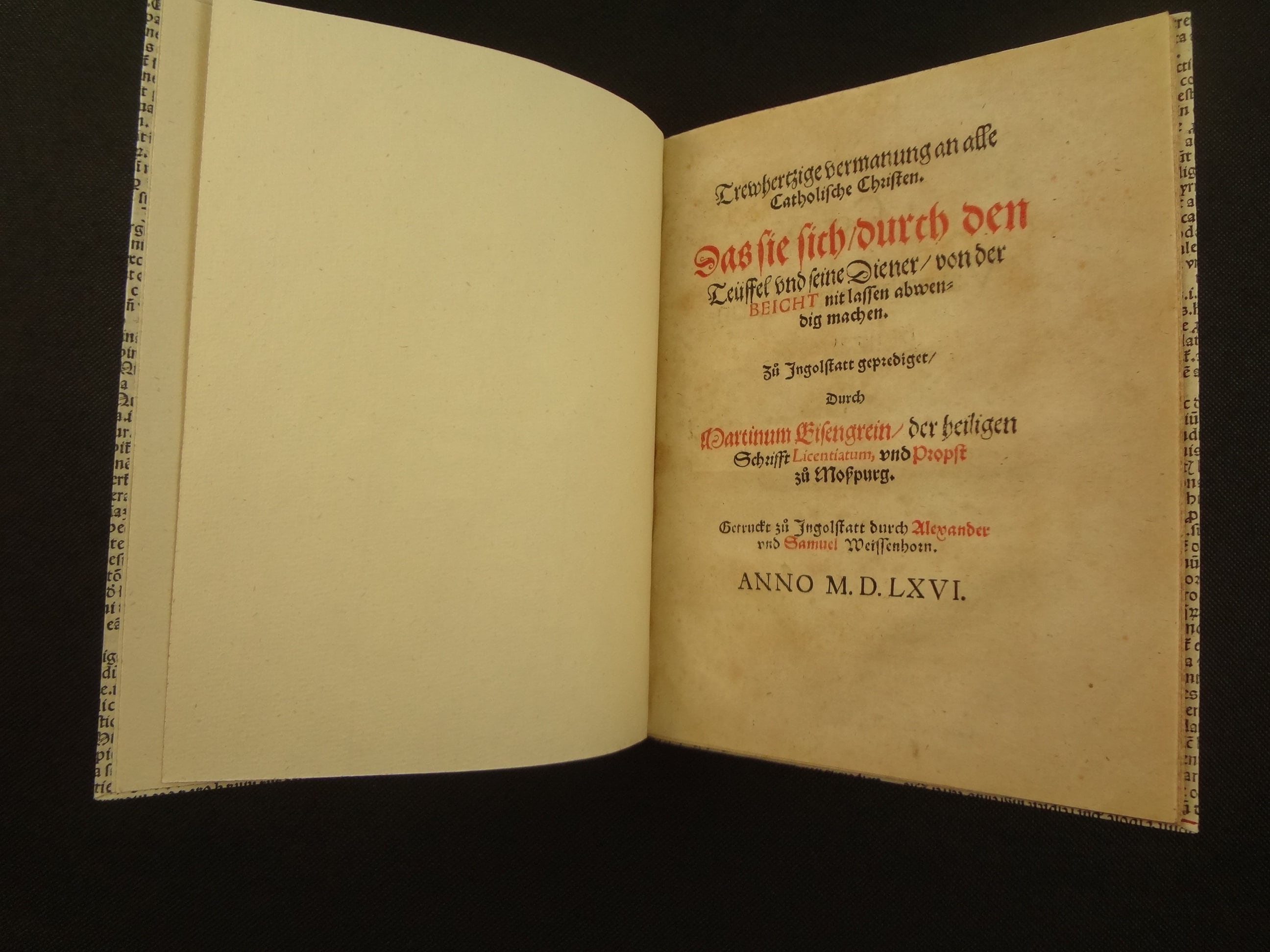 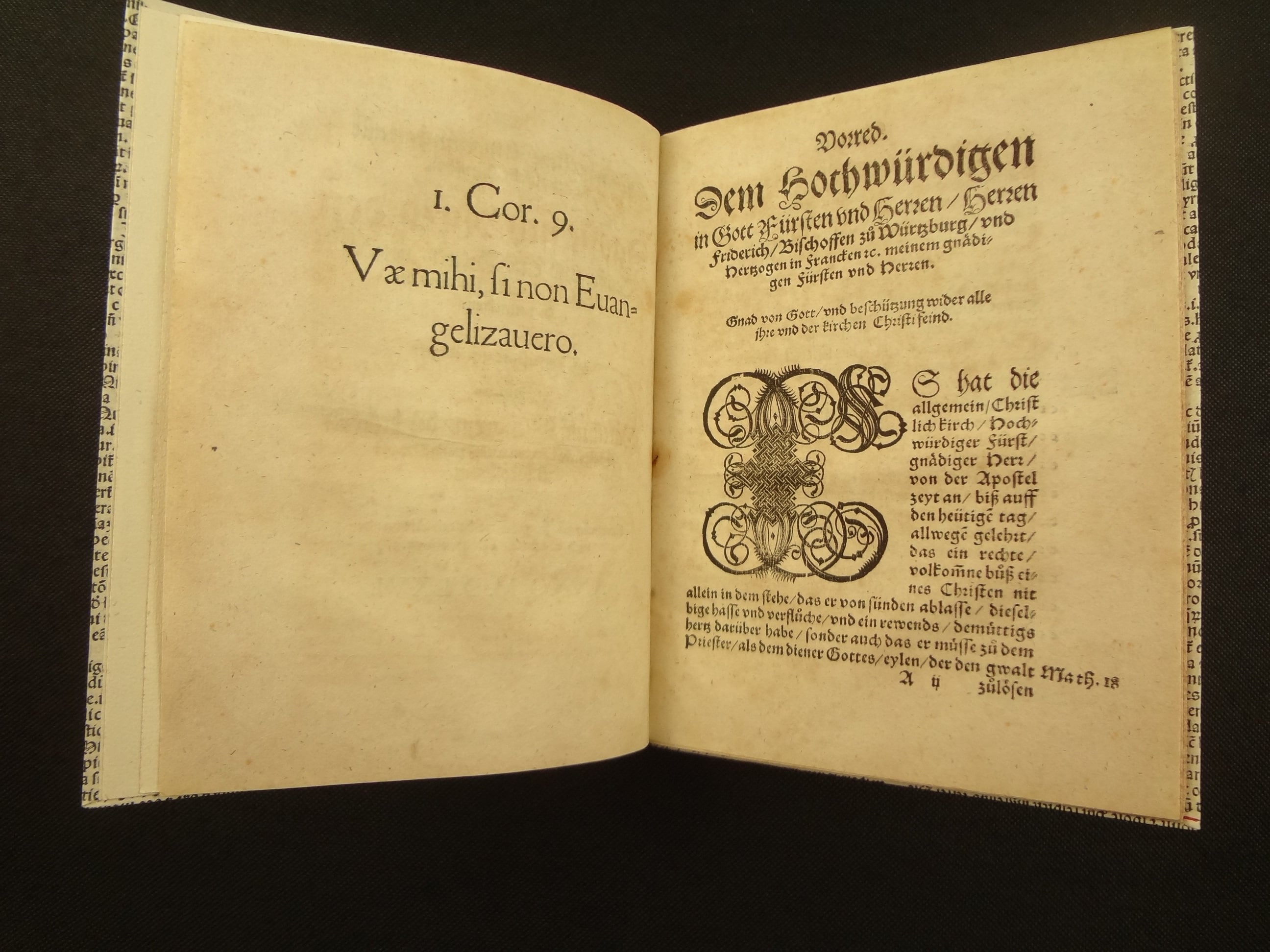 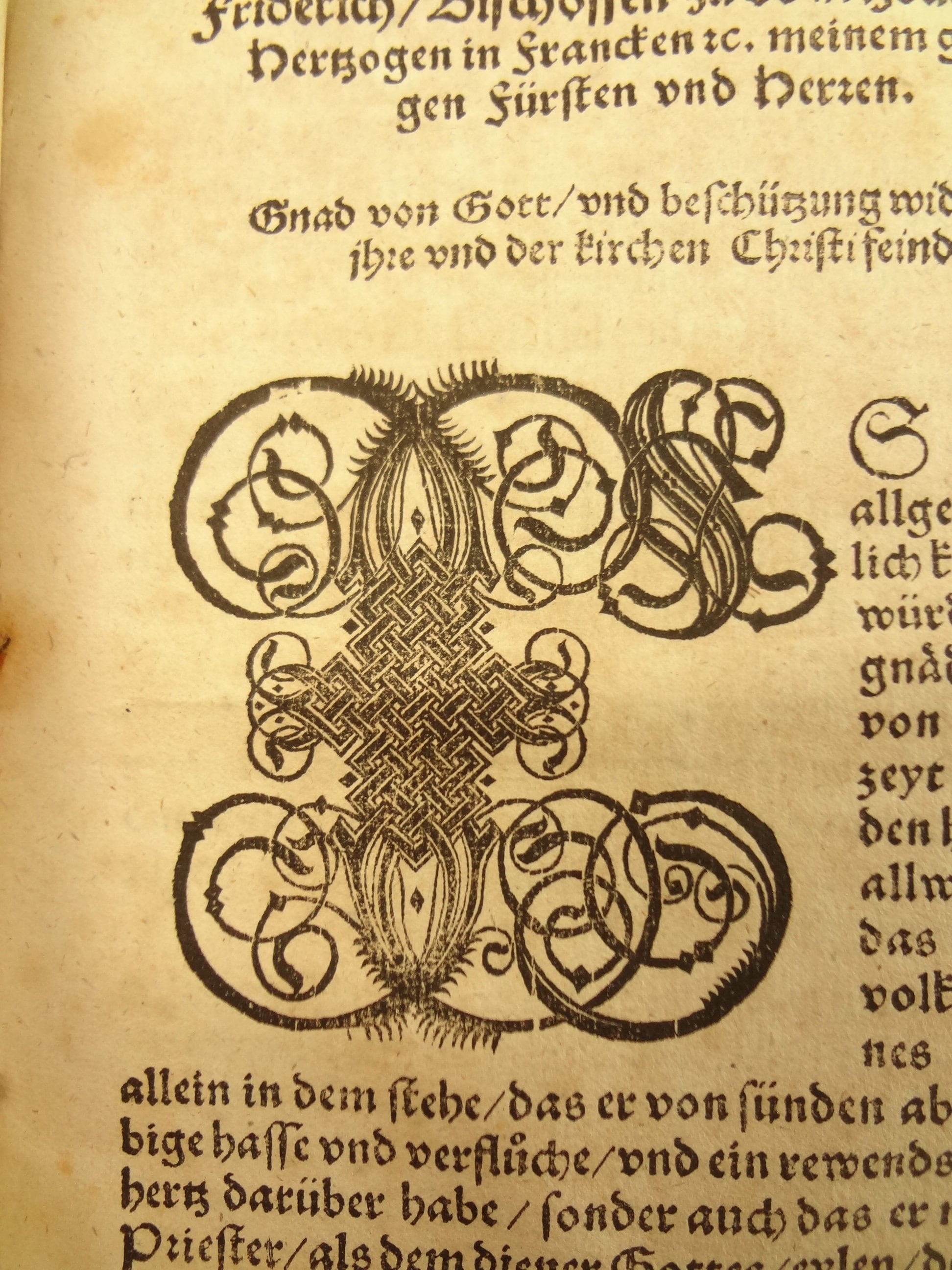 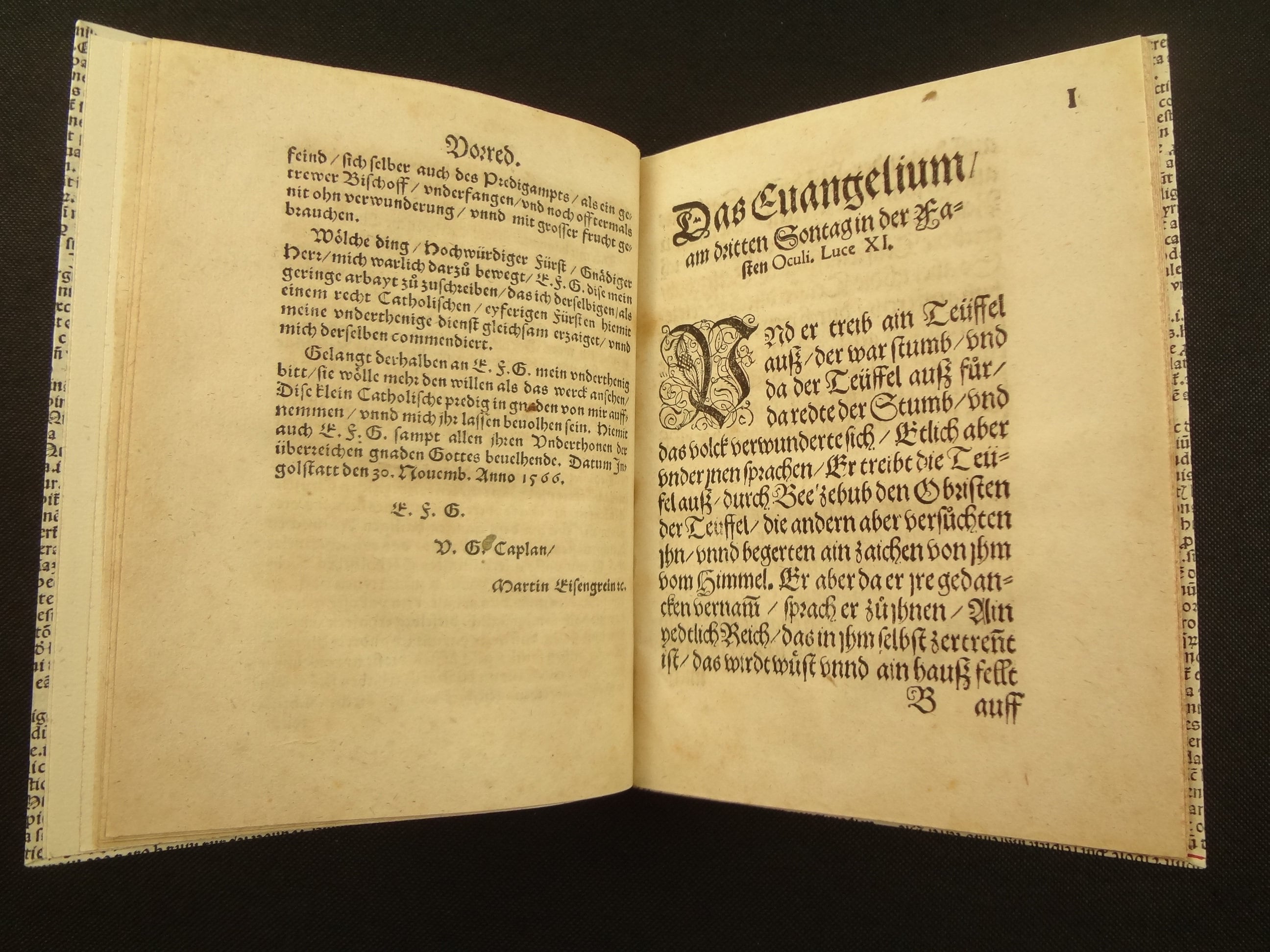 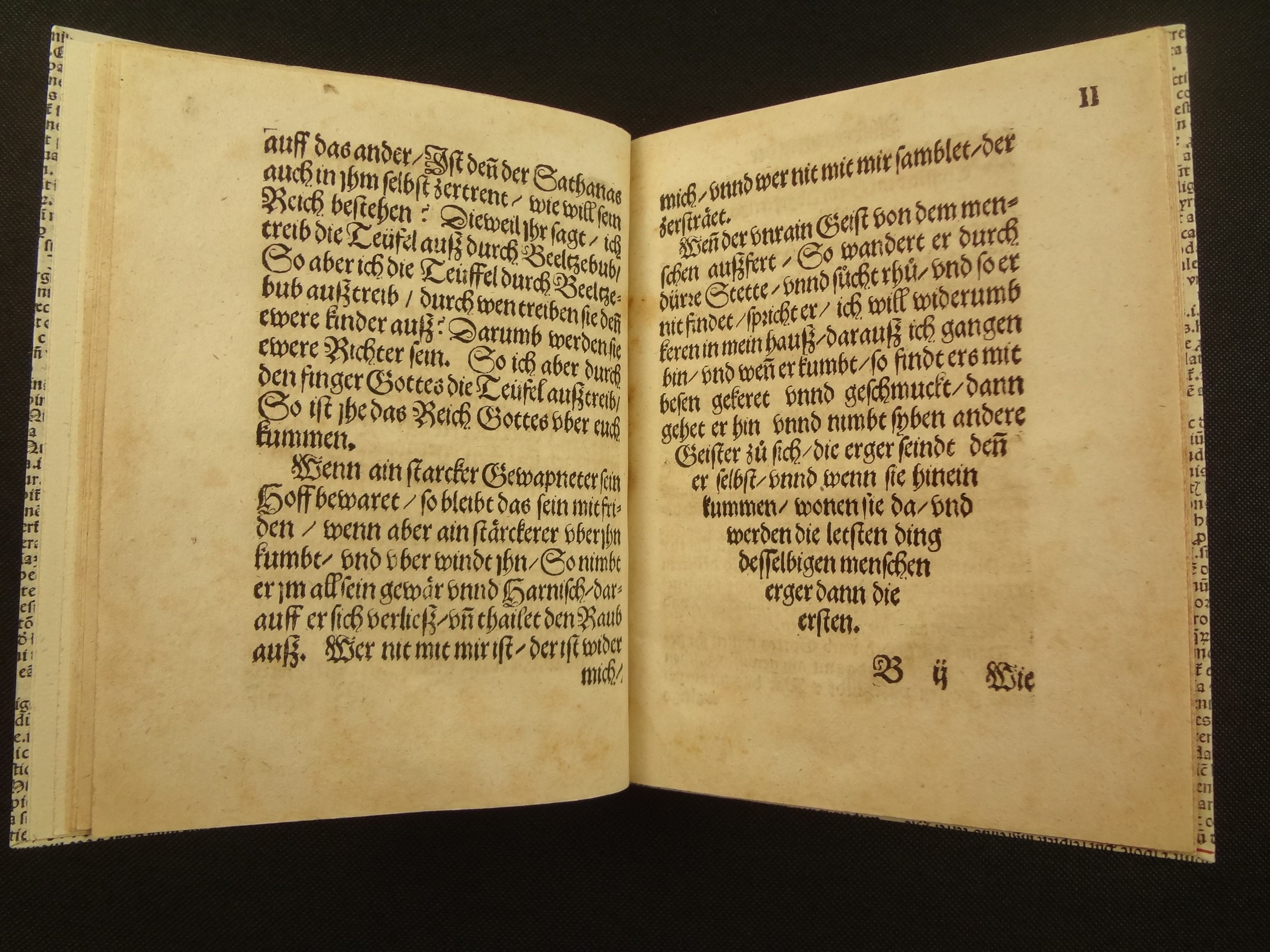 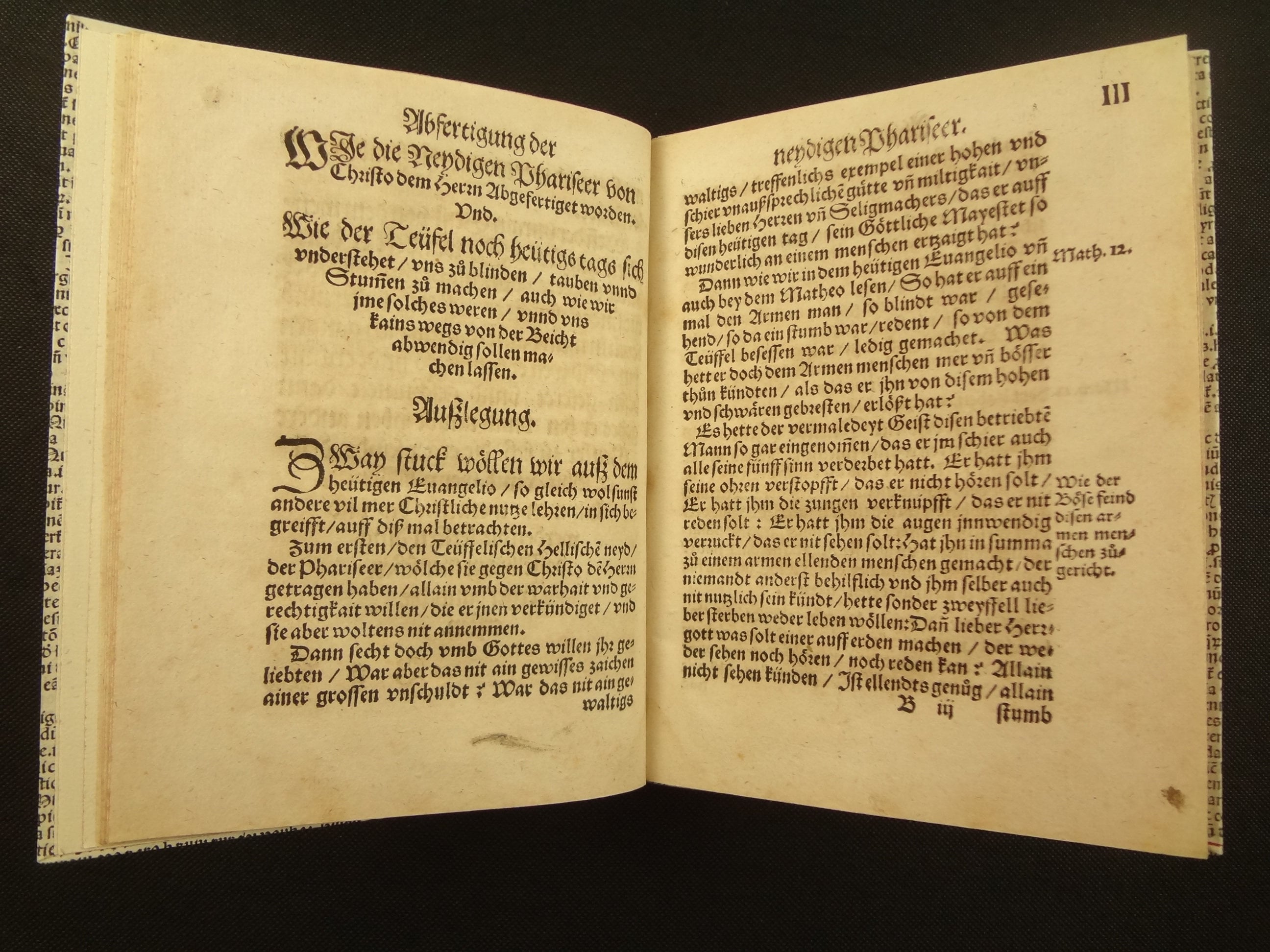 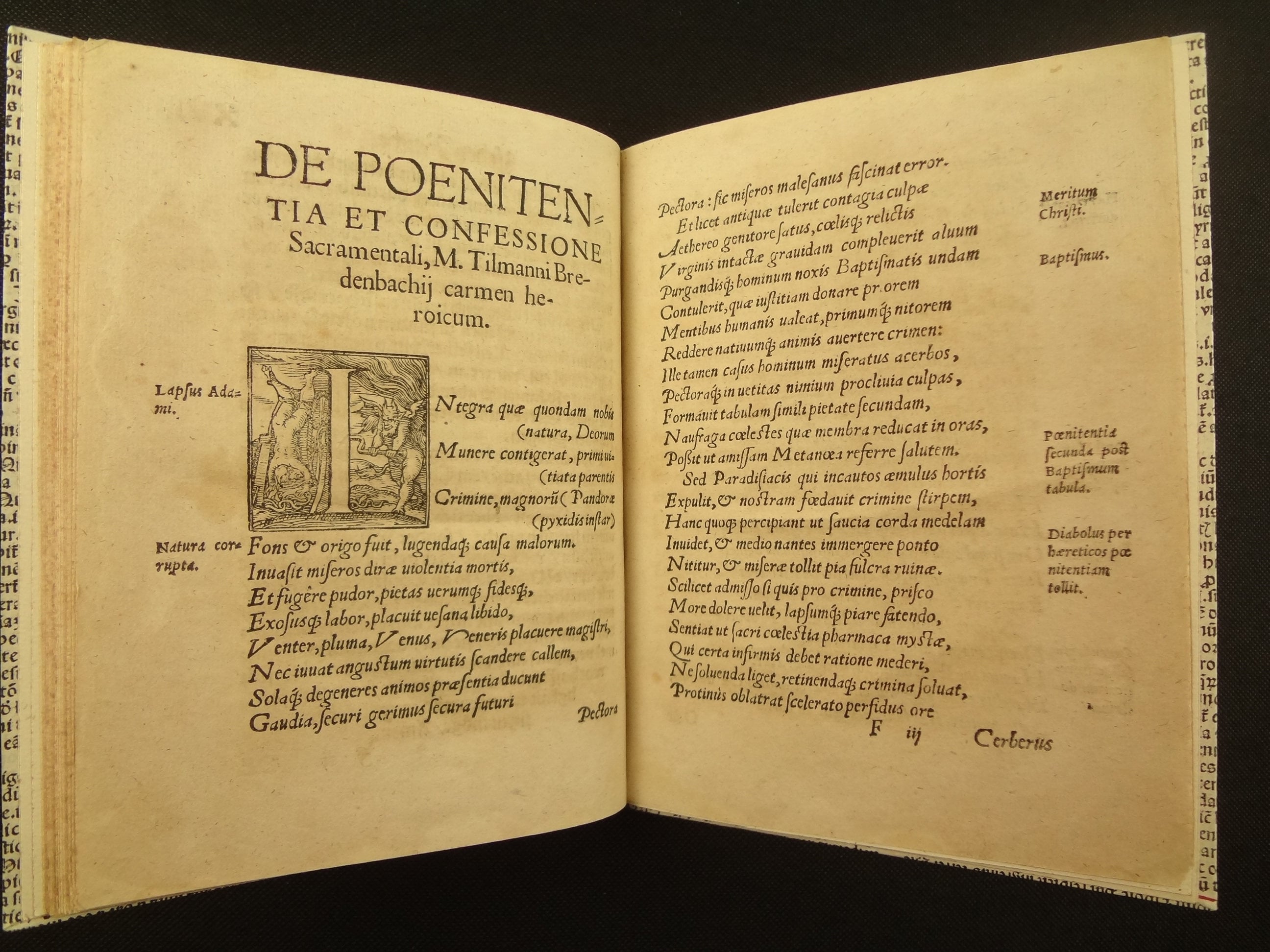 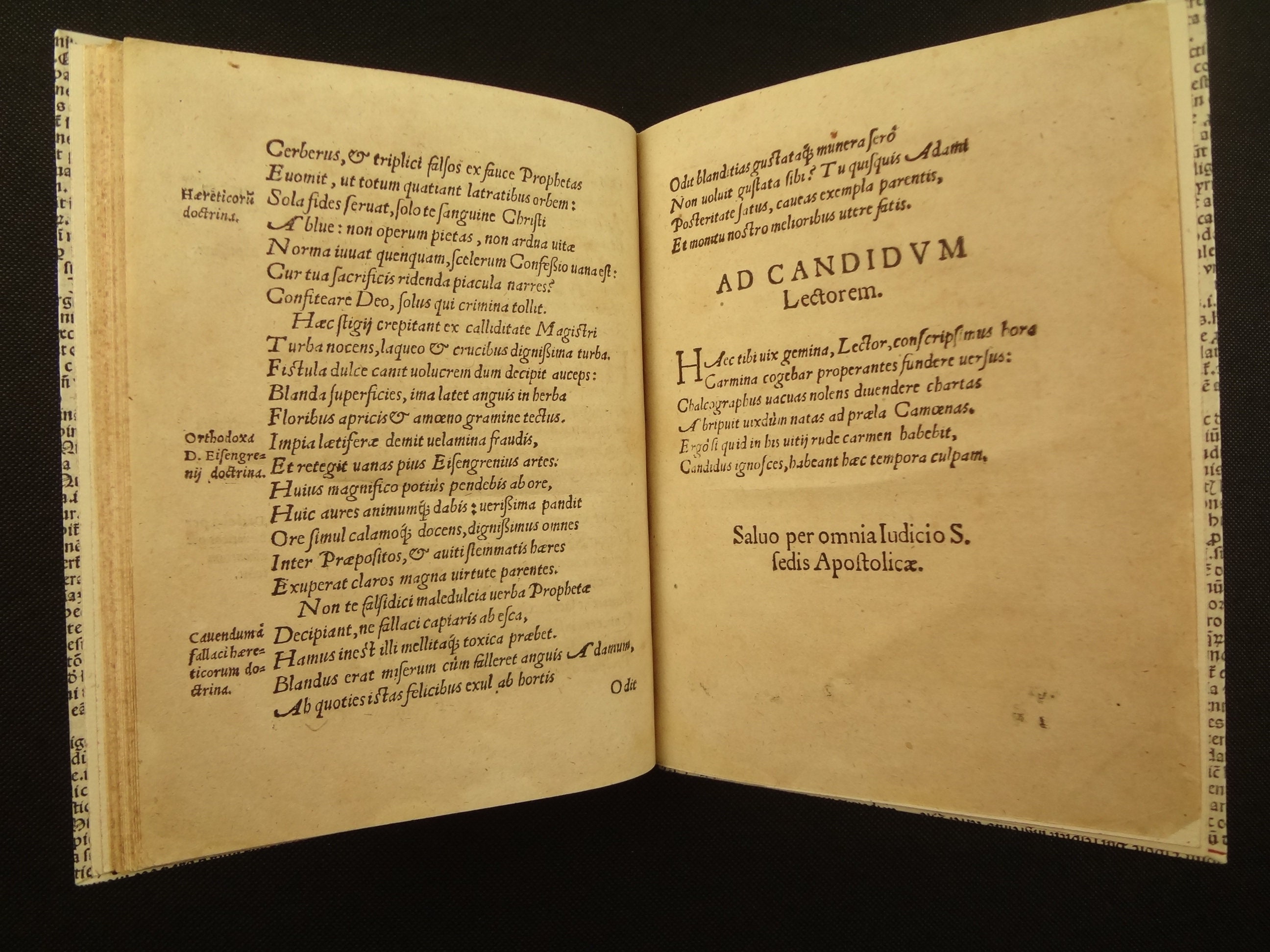 1566 counter-reformation Catholic work, by Martin Eisengrien, regarding not being tempted by the devil during confession. Eisengrein's discussion is in German, but there is an added "Heroic" song at the rear, by Eisengrein's collegiate colleague, Tilmann Bredenbach, on the same subject, titled "De Poenitentia et Confessione Sacramentali".

In a handsome binding, with Proverbs 13 on the front cover, and Song of Songs chapters 4 & 5 (Vulgate edition) on the rear, both surrounded by notes. The binding looks oddly perfect, the leaves used may have been facsimile, but they look very real. I can't tell you for sure, the binding was executed before I won the book at auction (and no information, regarding the binding, was given).

Eisengrein's activities were not confined to the university. By numerous controversial sermons, some of which are masterpieces of oratory, he contributed to the suppression of Lutheranism in Bavaria. Many of his sermons were published separately and collectively in German and Latin during his lifetime.

Bredenbach was the son of Matthias Bredenbach , a Catholic humanist and Rector of the School of Emmerich. There he received his first training. Probably at the University of Cologne , he received his master's degree in the liberal arts . 1565 he moved to the University of Ingolstadt where, for Dr. theol., he was awarded a doctorate . There he became friends with Martin Eisengrein.