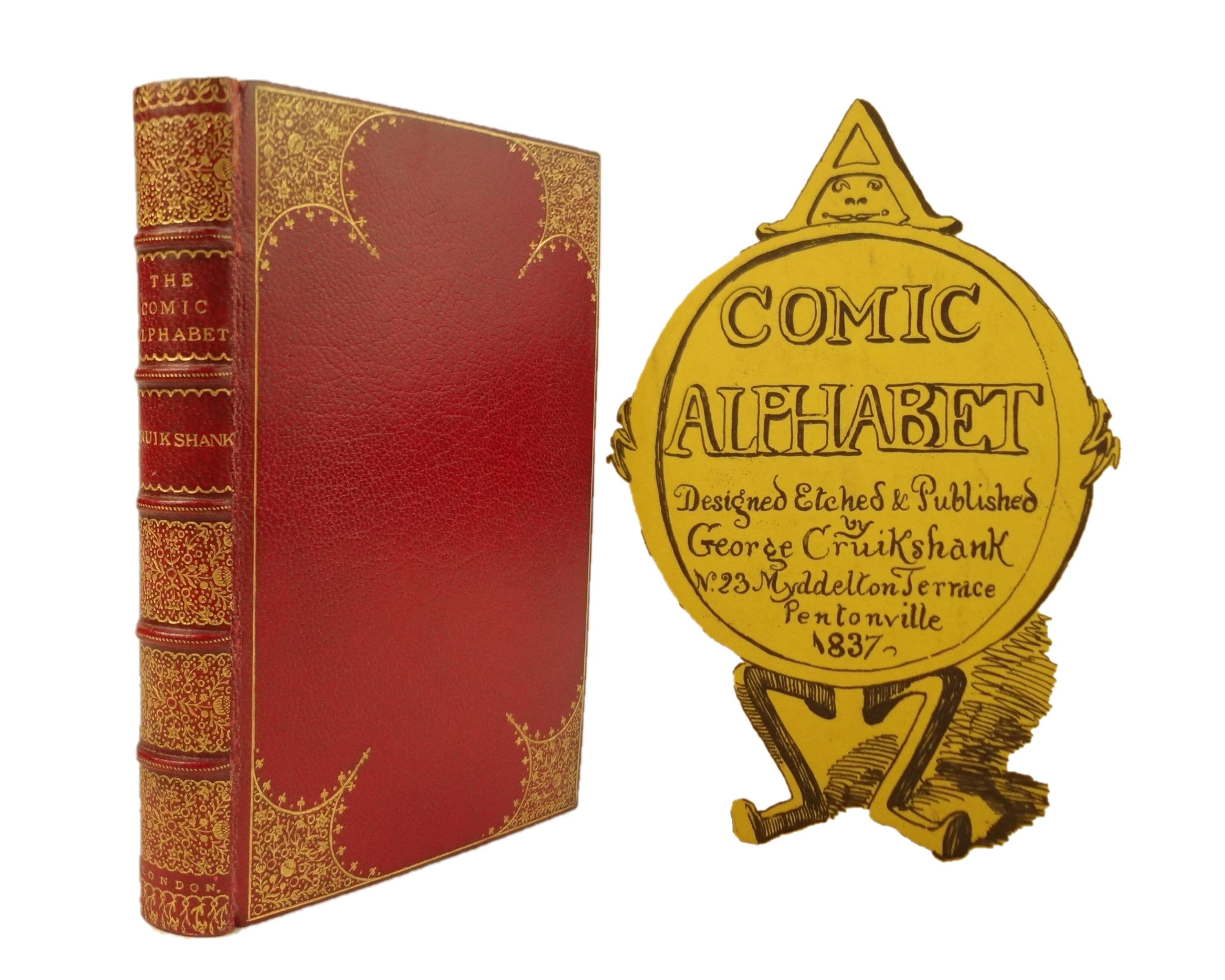 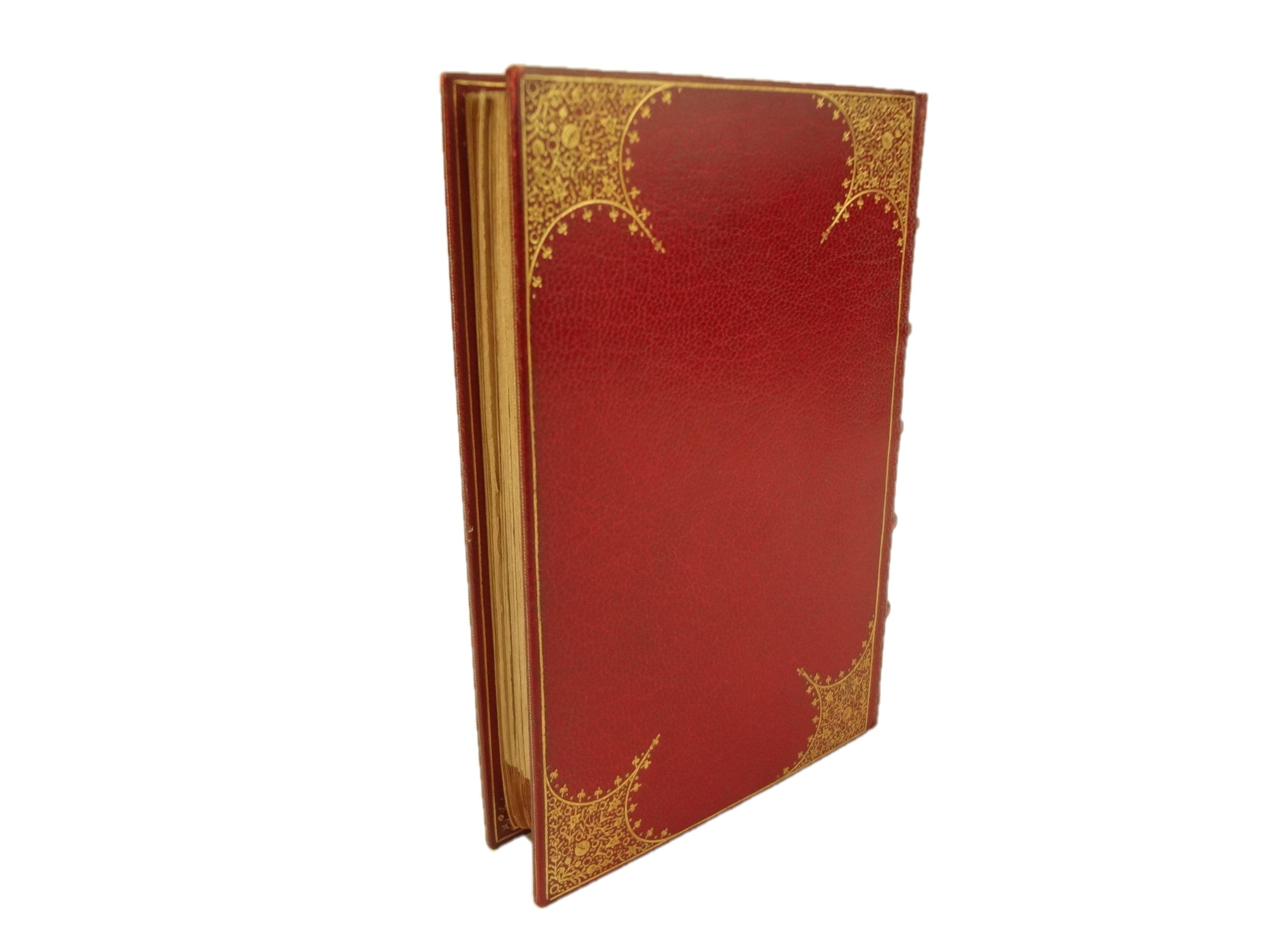 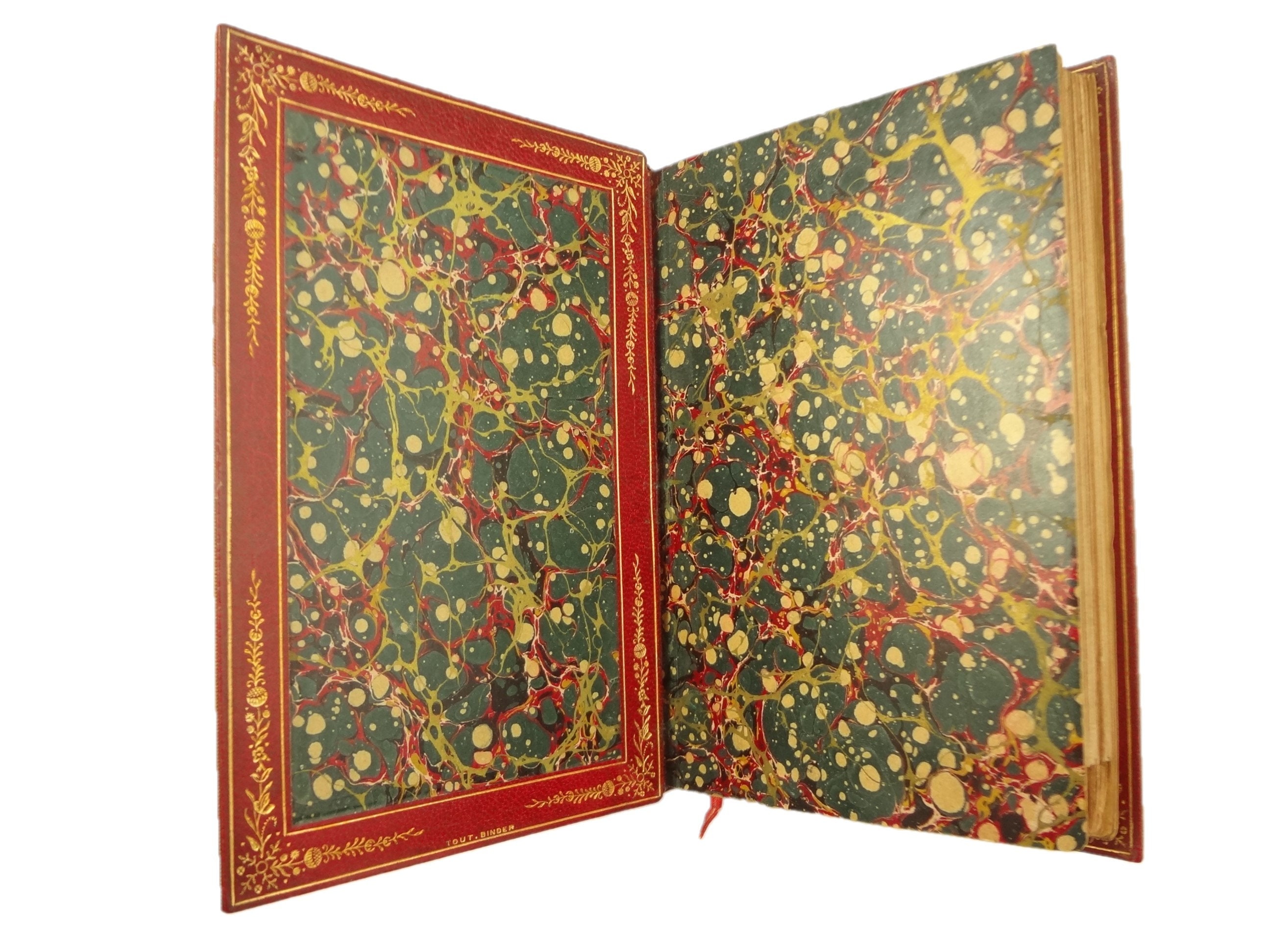 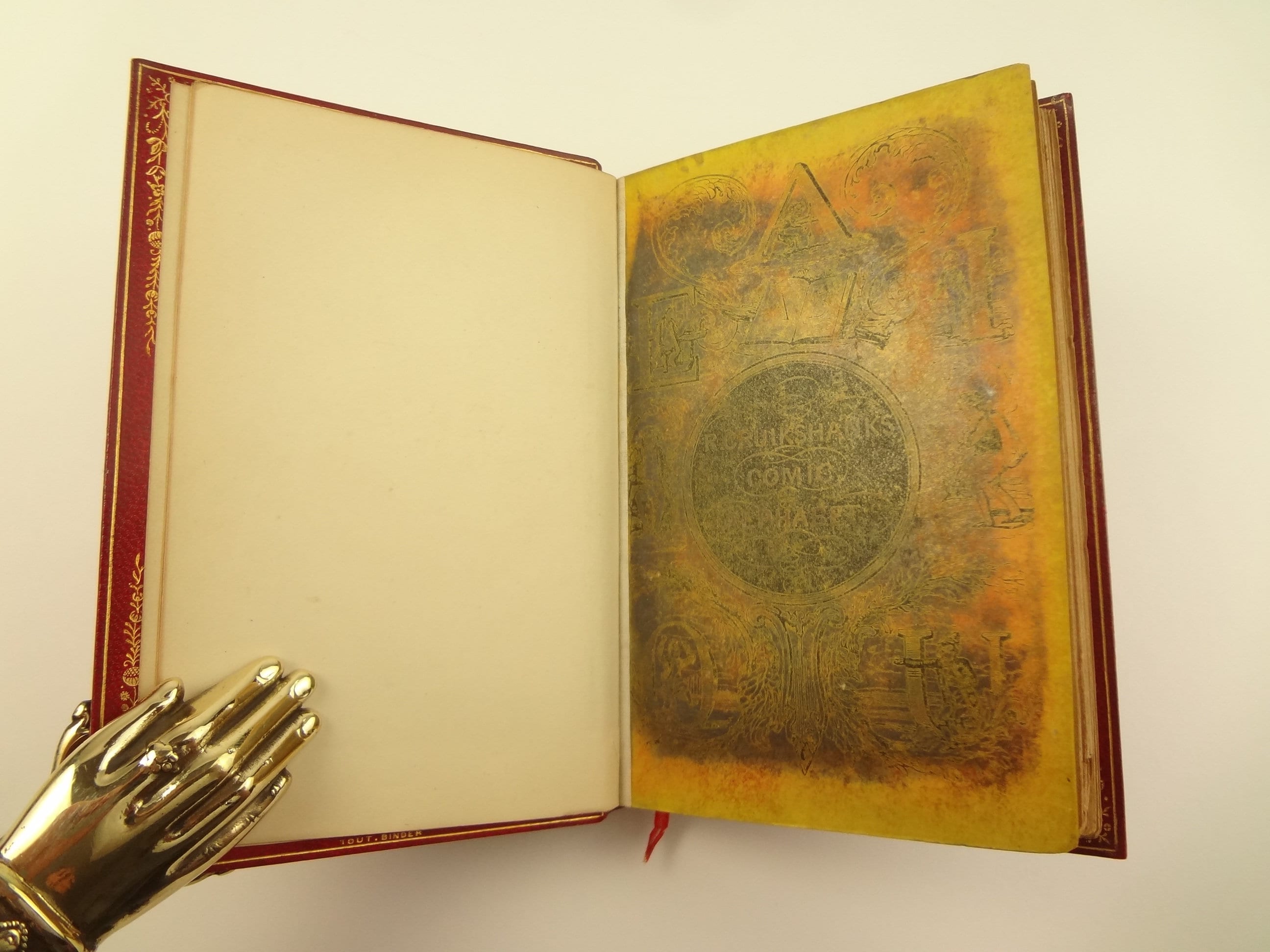 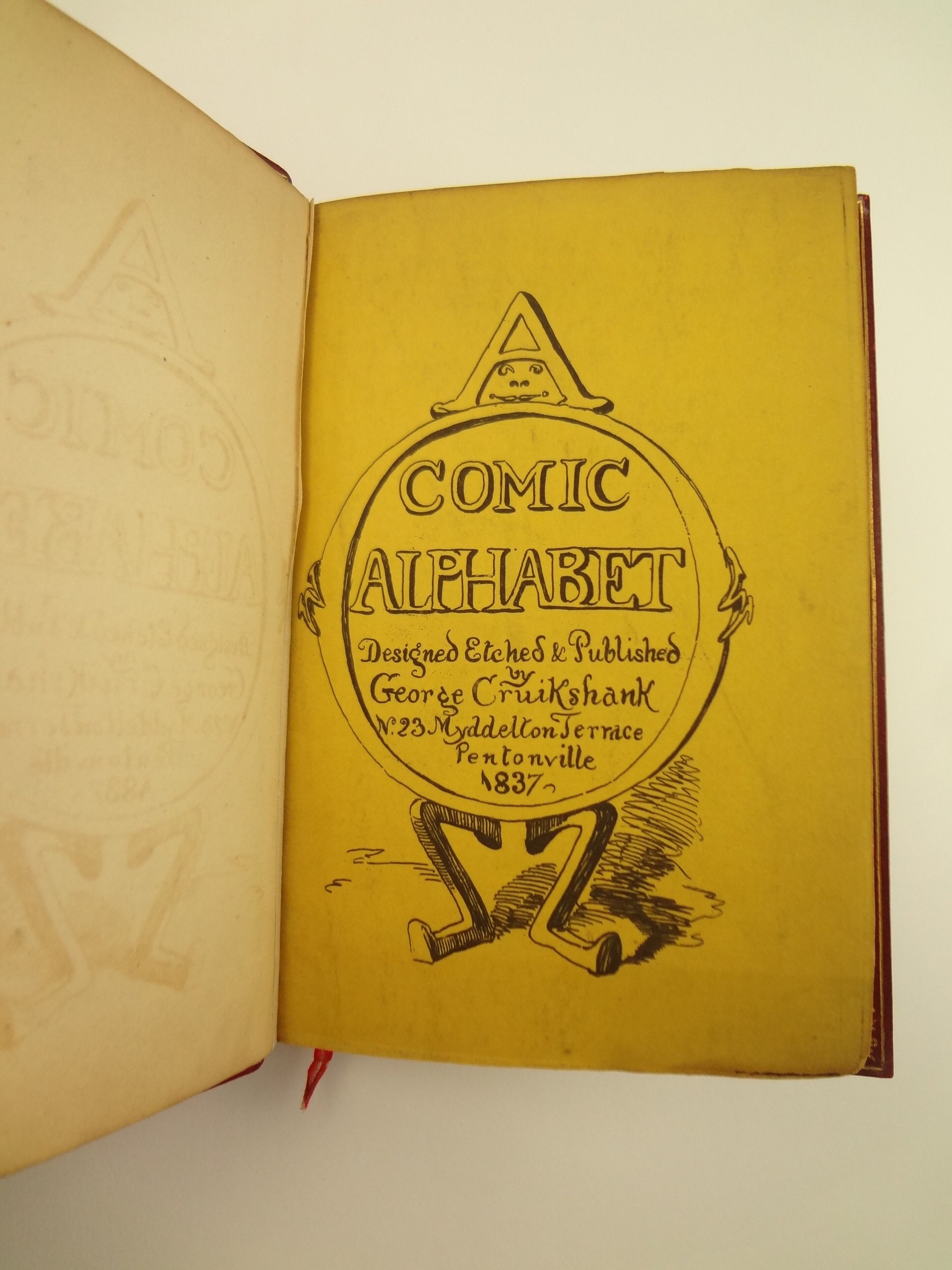 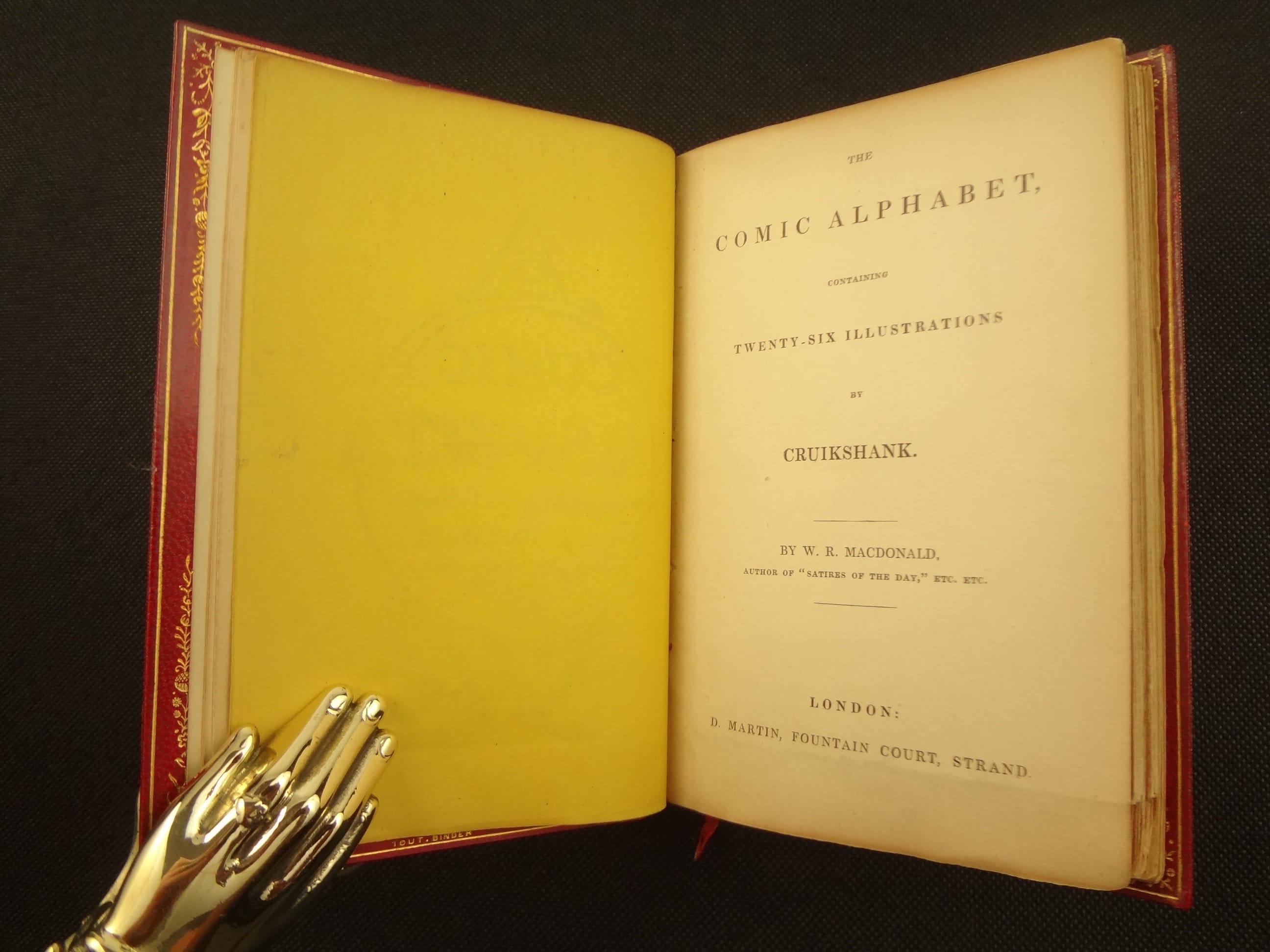 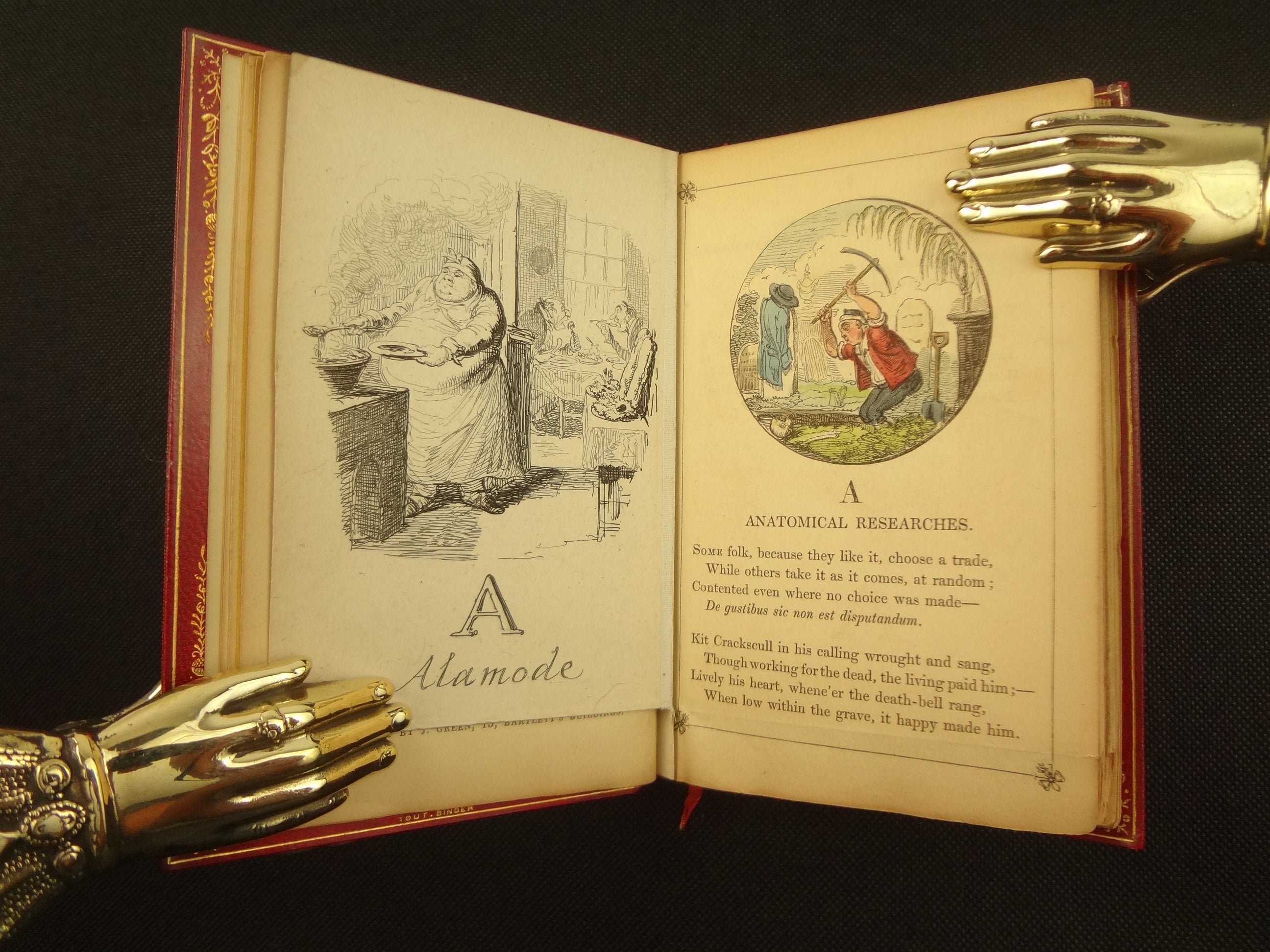 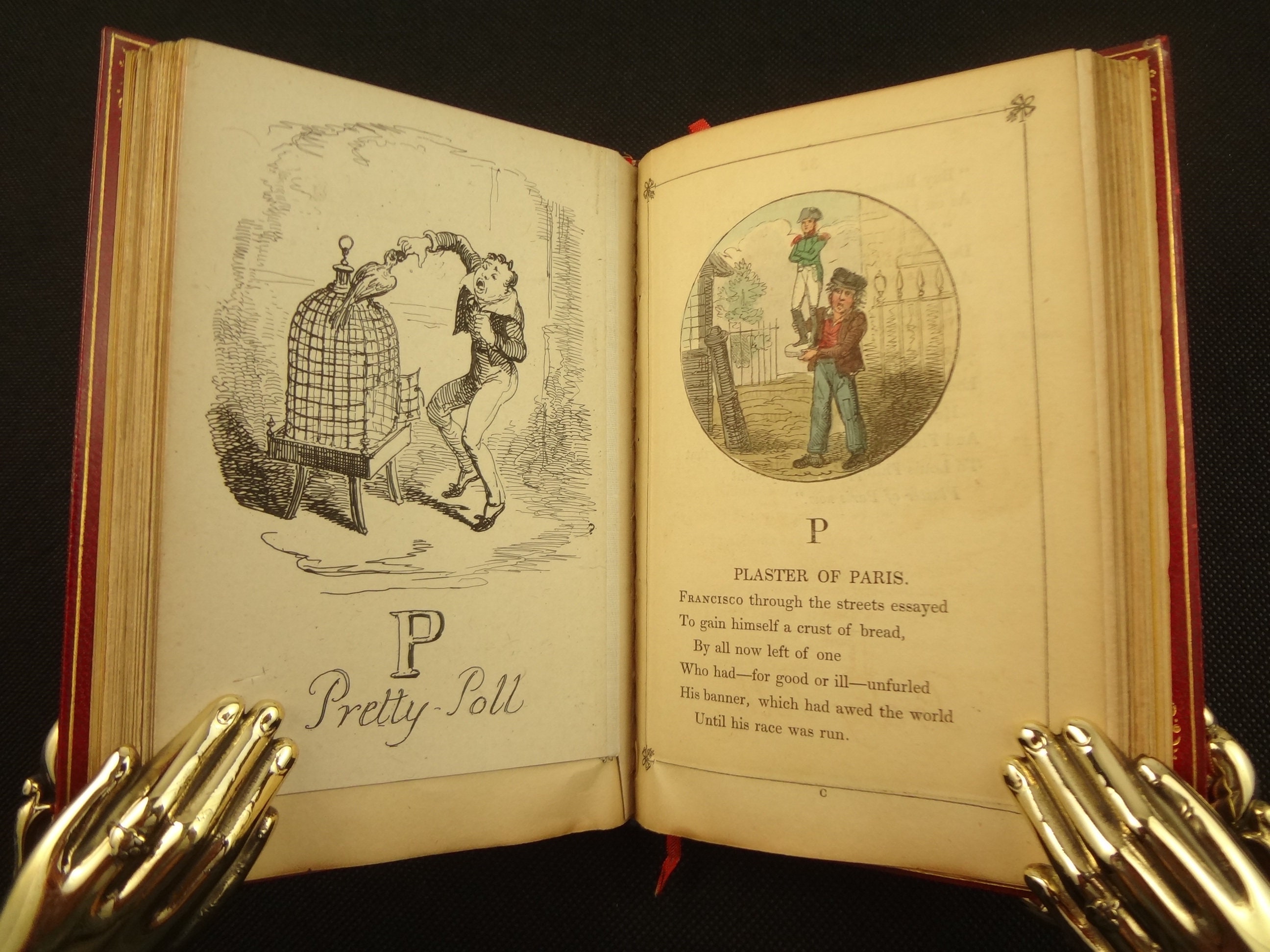 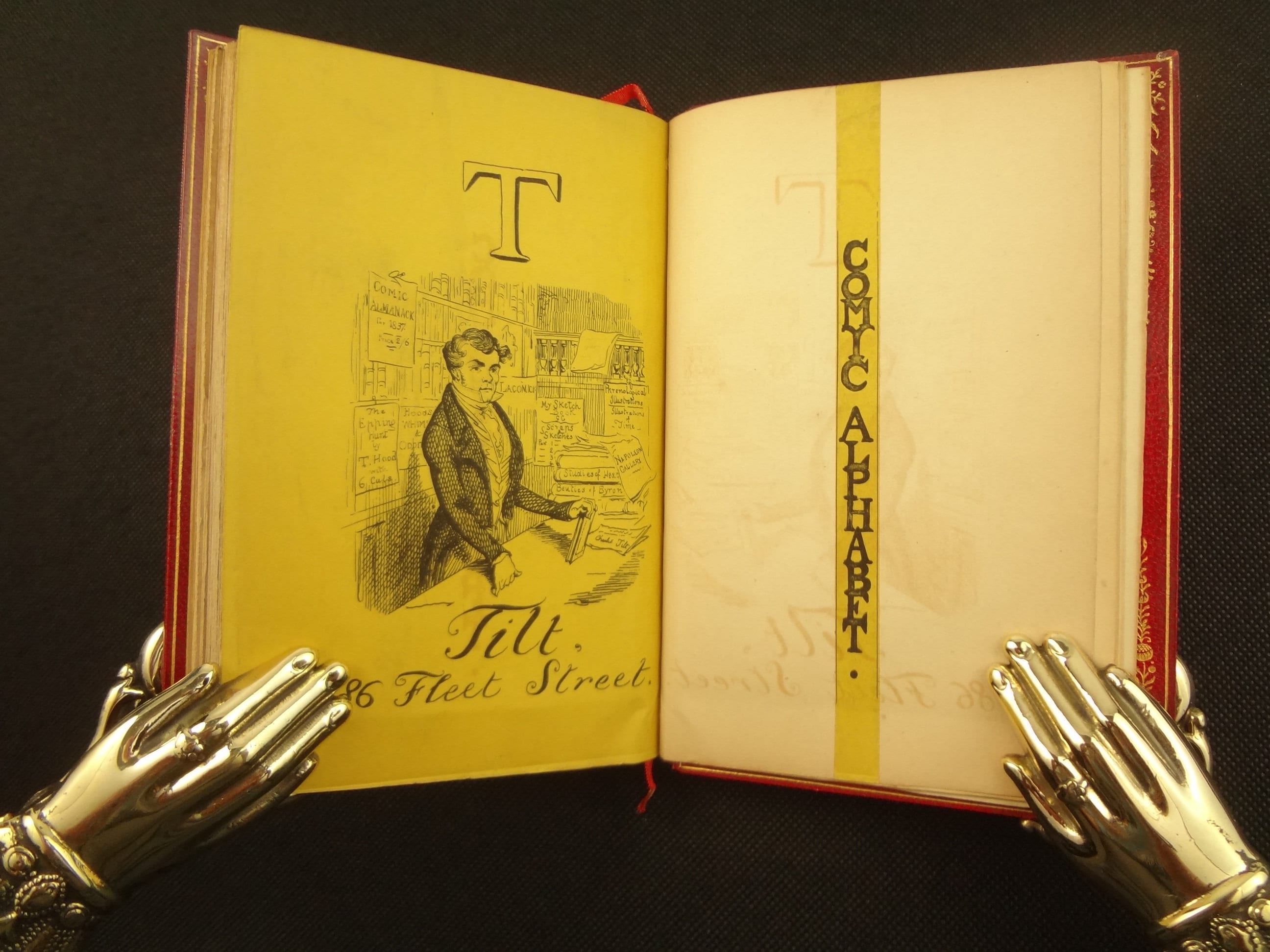 George Cruikshank's A Comic Alphabet, was released in 1836, printed on one thick plate, then folded in an accordion style. It was quite successful, and emanated his characteristic humor that pushed boundaries. For example, W shows the "waistcoat" of Edward Bright, "The Fat Man of Maldon", filled with seven men at the time of his death.

This copy was printed in 1837, per the cover and illustration of Tilt (book behind him dated).

Robert Cruikshank's Alphabet is undated, but likely followed close behind. In 1879 William Bates wrote, "When George published his Comic Alphabet, Robert was not long in 'following suit'. I have before me The Comic Alphabet...The designs are circular, well cut on wood, and in spirit and force worthy of the rival artist."

In this copy, Robert's plates are colored.

Robert's work is rare, and OCLC records one copy in the world's libraries, at the Victoria and Albert Museum. OCLC #1008118207

Both the covers are bound into this volume. George's softcover is complete with the spine and his illustration of his bookseller, Tilt, selling his works (bound at the rear).

A similarly bound work was sold in 2013 at Bloomsbury's The Library of a Gentleman sale.

The excellent signed binding was executed by "Tout. Binder", and is attractive and bright. The top-edge is free from dust-damage, which makes me believe this book has been in a box (or similar).

Includes all 24 engravings of George's (he doubled up I/J and U/V) as well as all 26 of Robert's. The front and rear boards of both books are bound in, as well as Robert's title page and George's spine.

See pictures. Beautiful book. Light rubbing at upper-front joint, and a touch at corners. The silk ribbon has expired from the top endband. Tiny bump at bottom of flyleaf. Somewhat erased pencil bookseller marks on 1st blank unpaginated leaf. Robert's title page has largely oxidized. All of the Robert's leaves have a light wrinkle near bottom edge because the George plates were smaller and they have impressed on the facing Robert's pages. All pages with light toning. Occasional dog-ear just at corner (very small). A little dust inside rear board on endpaper, with a rub to the marbling. A very handsome and attractive little book.