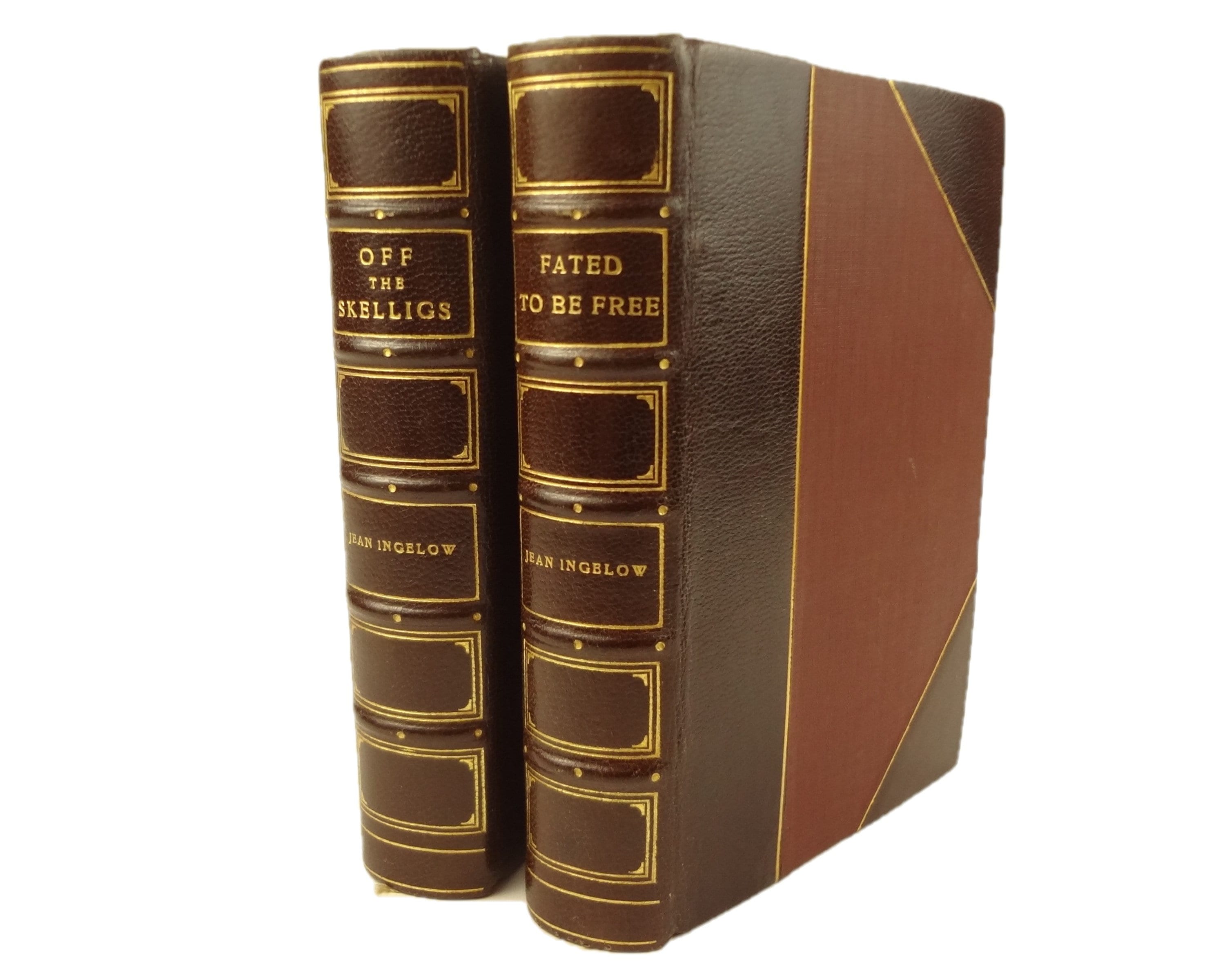 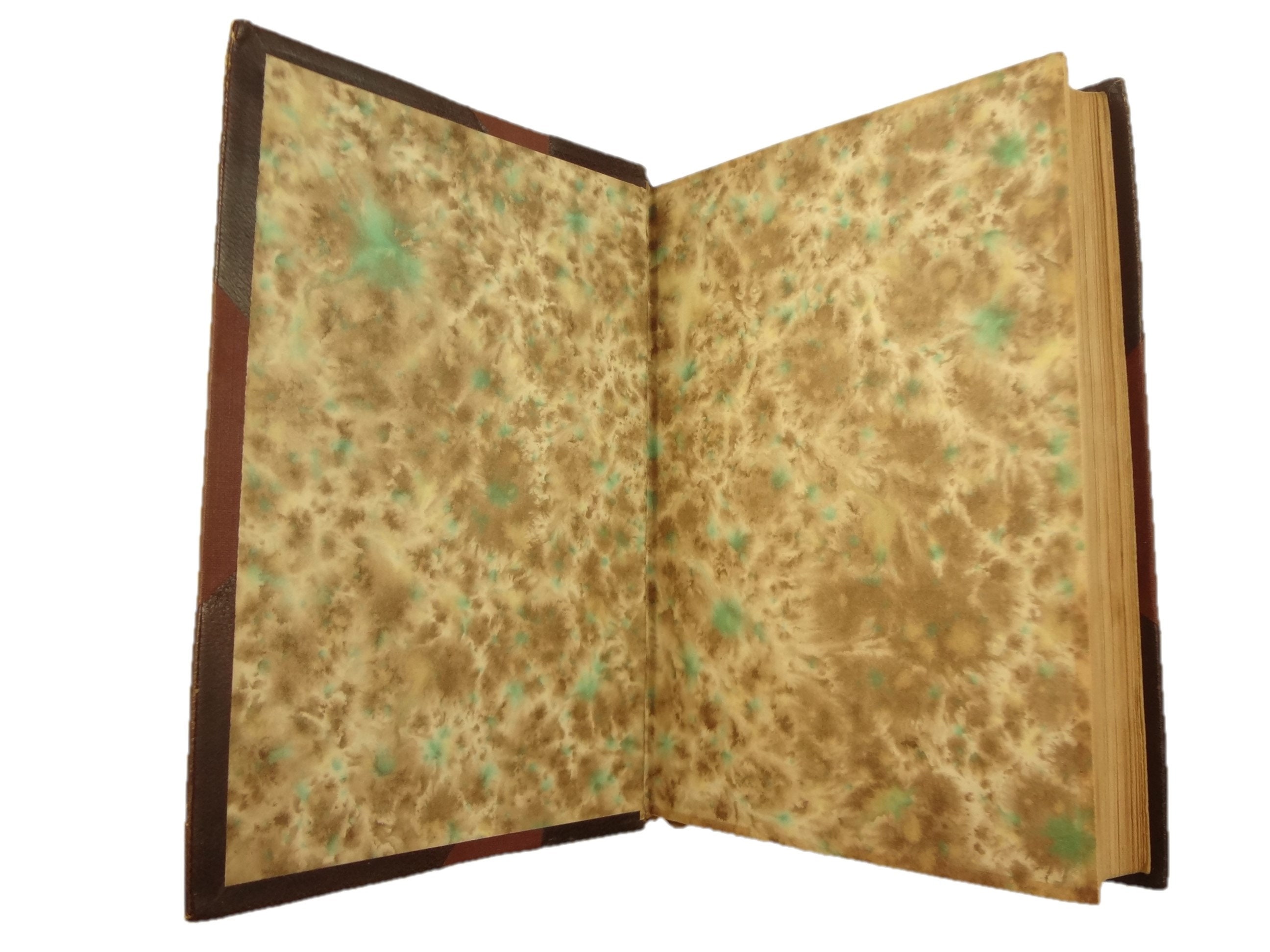 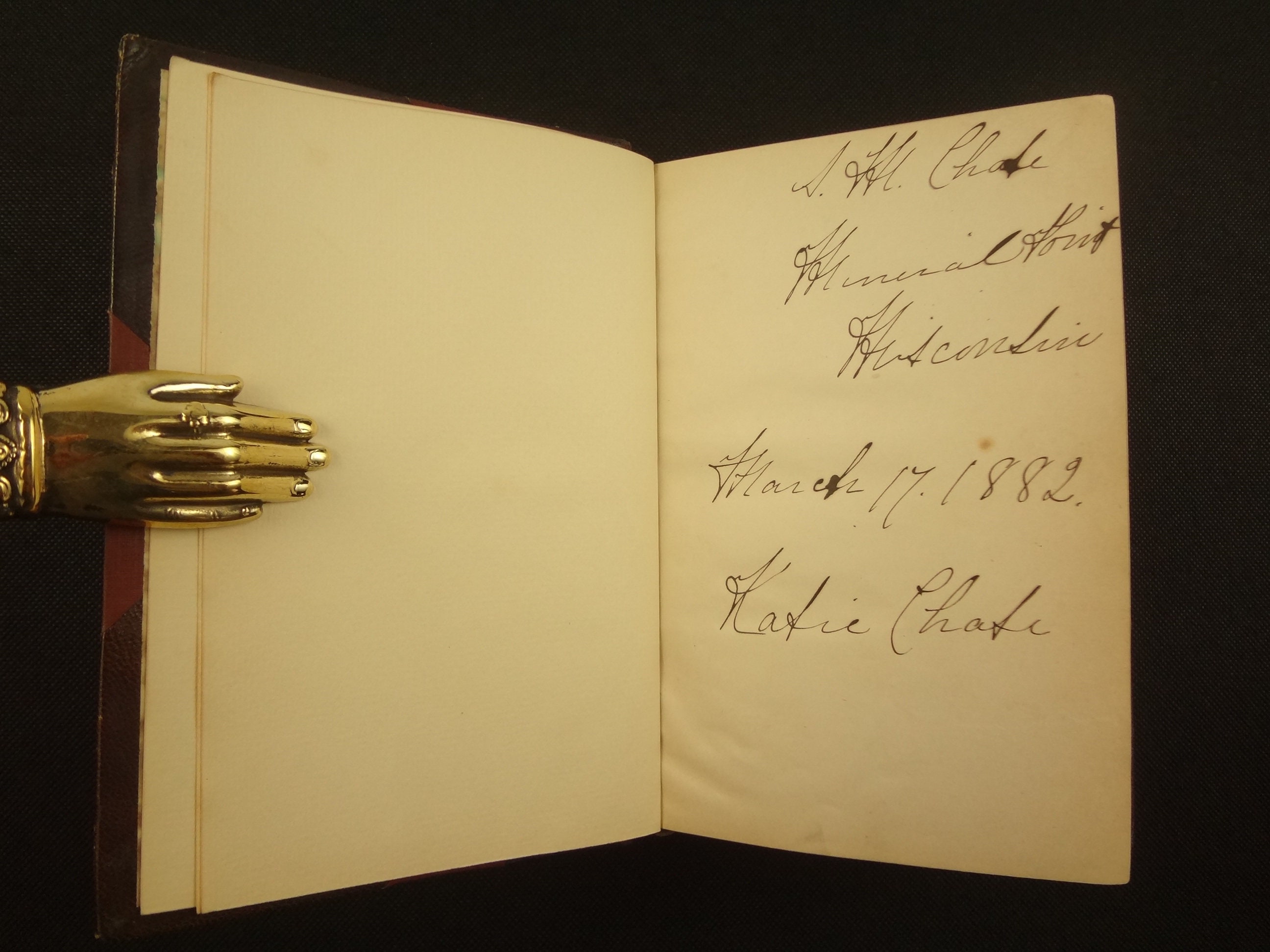 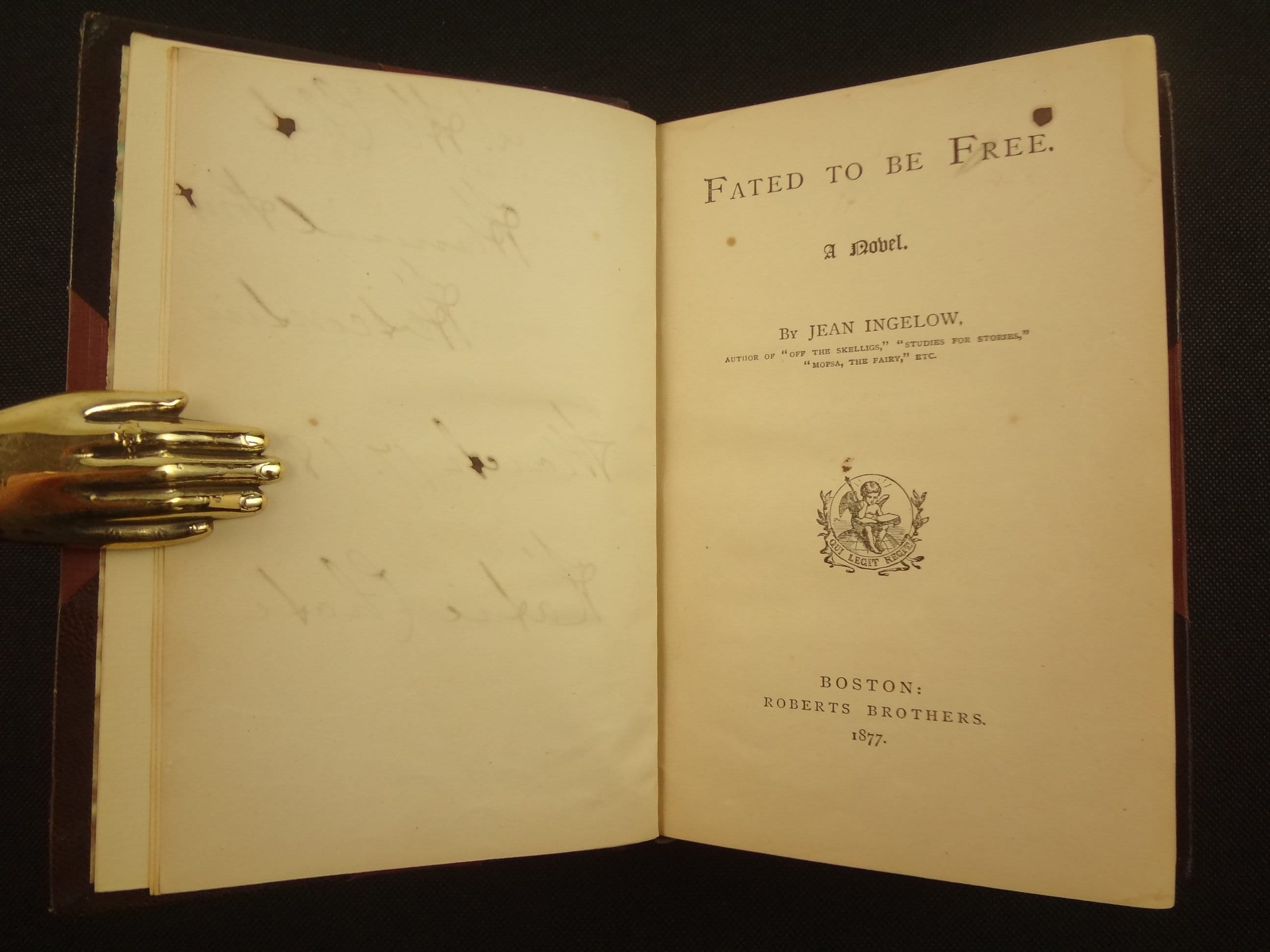 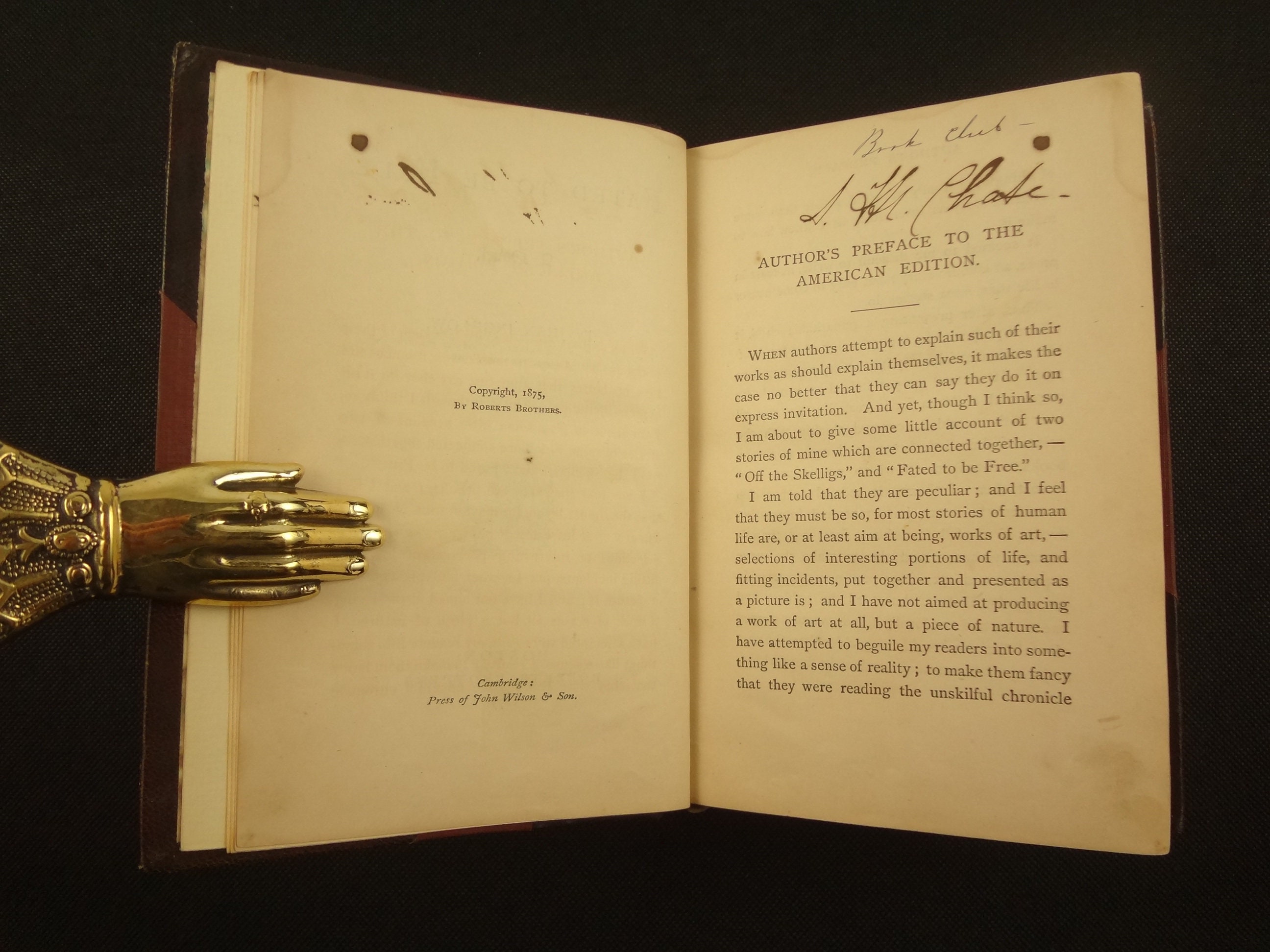 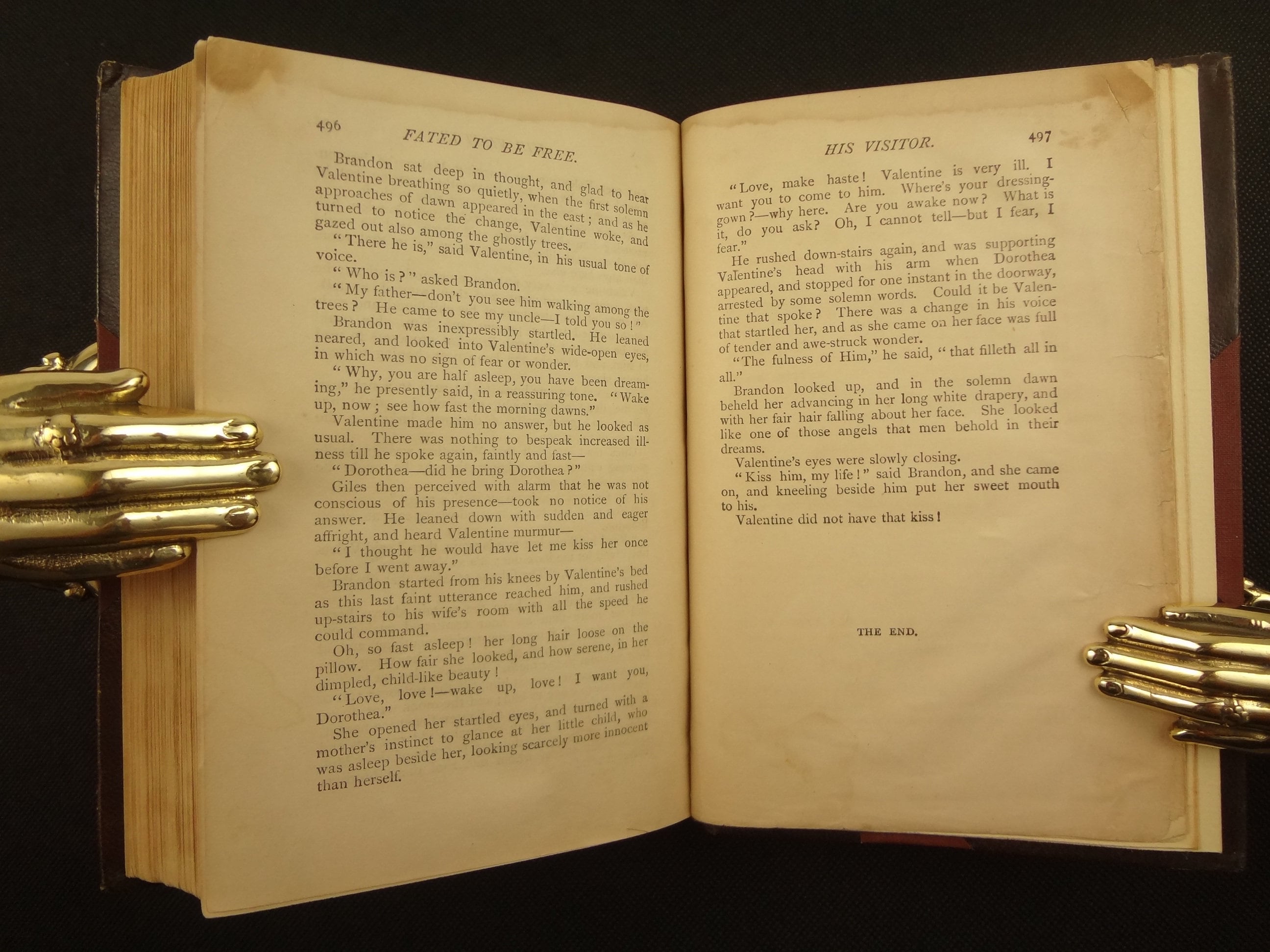 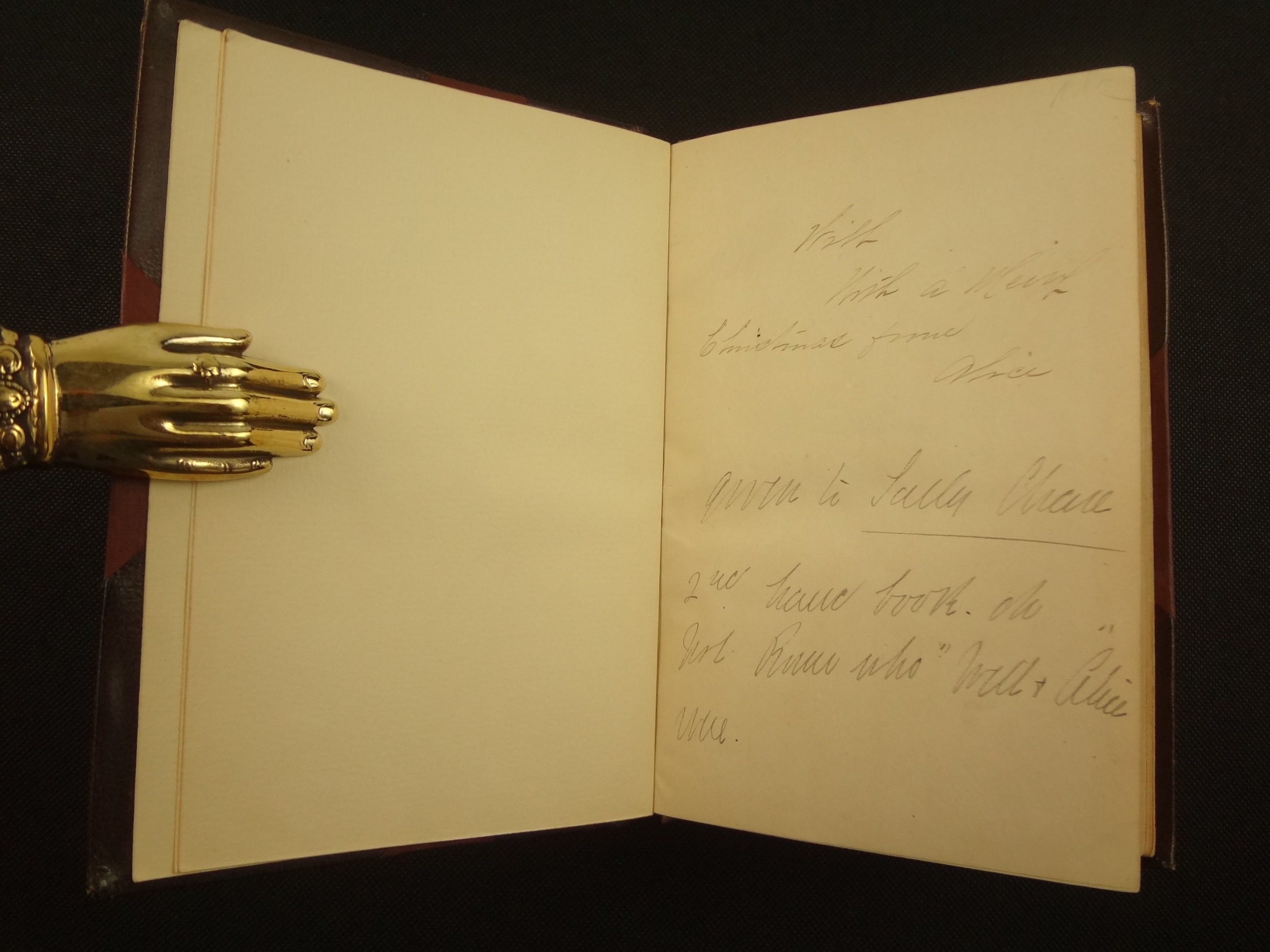 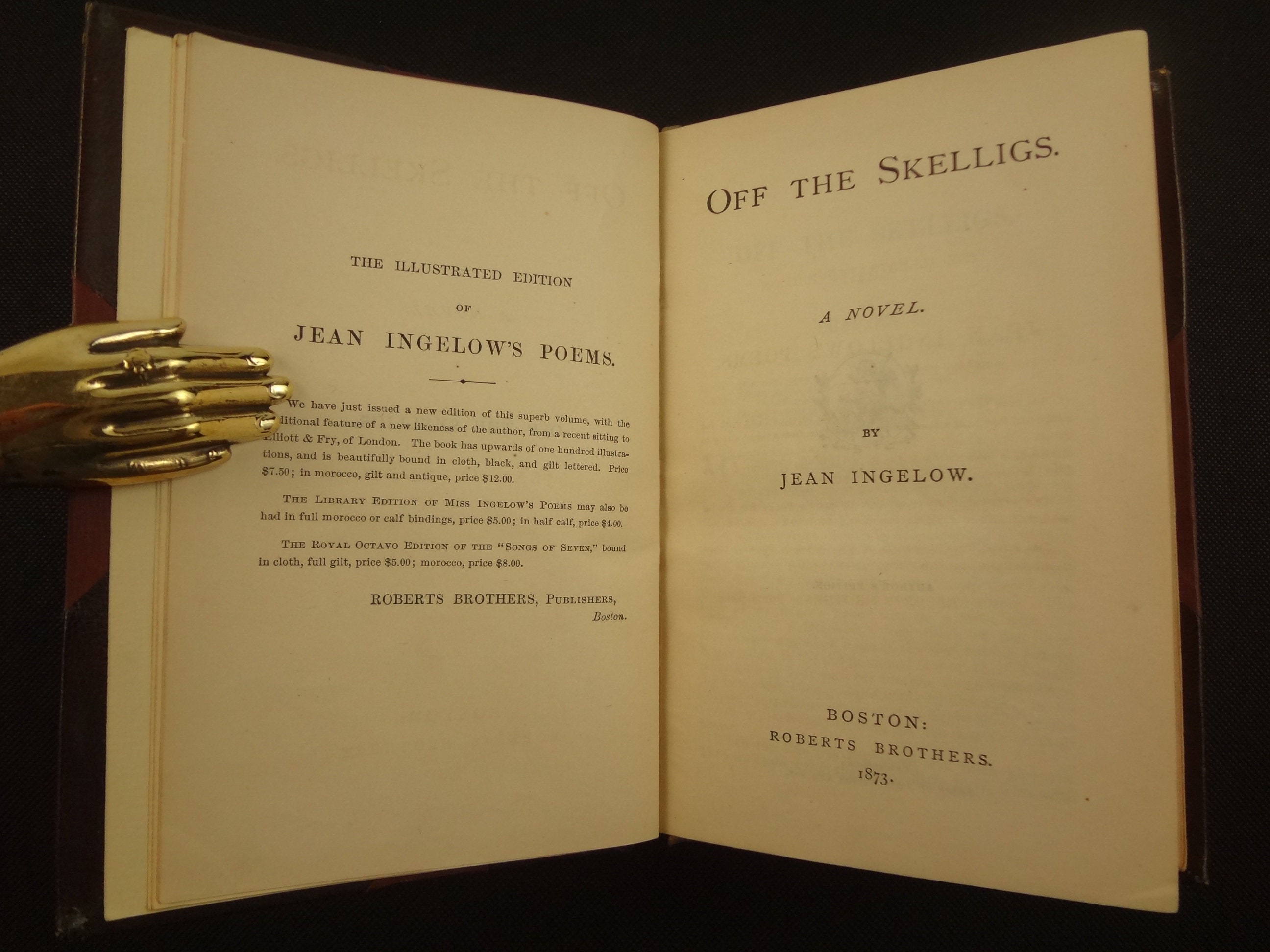 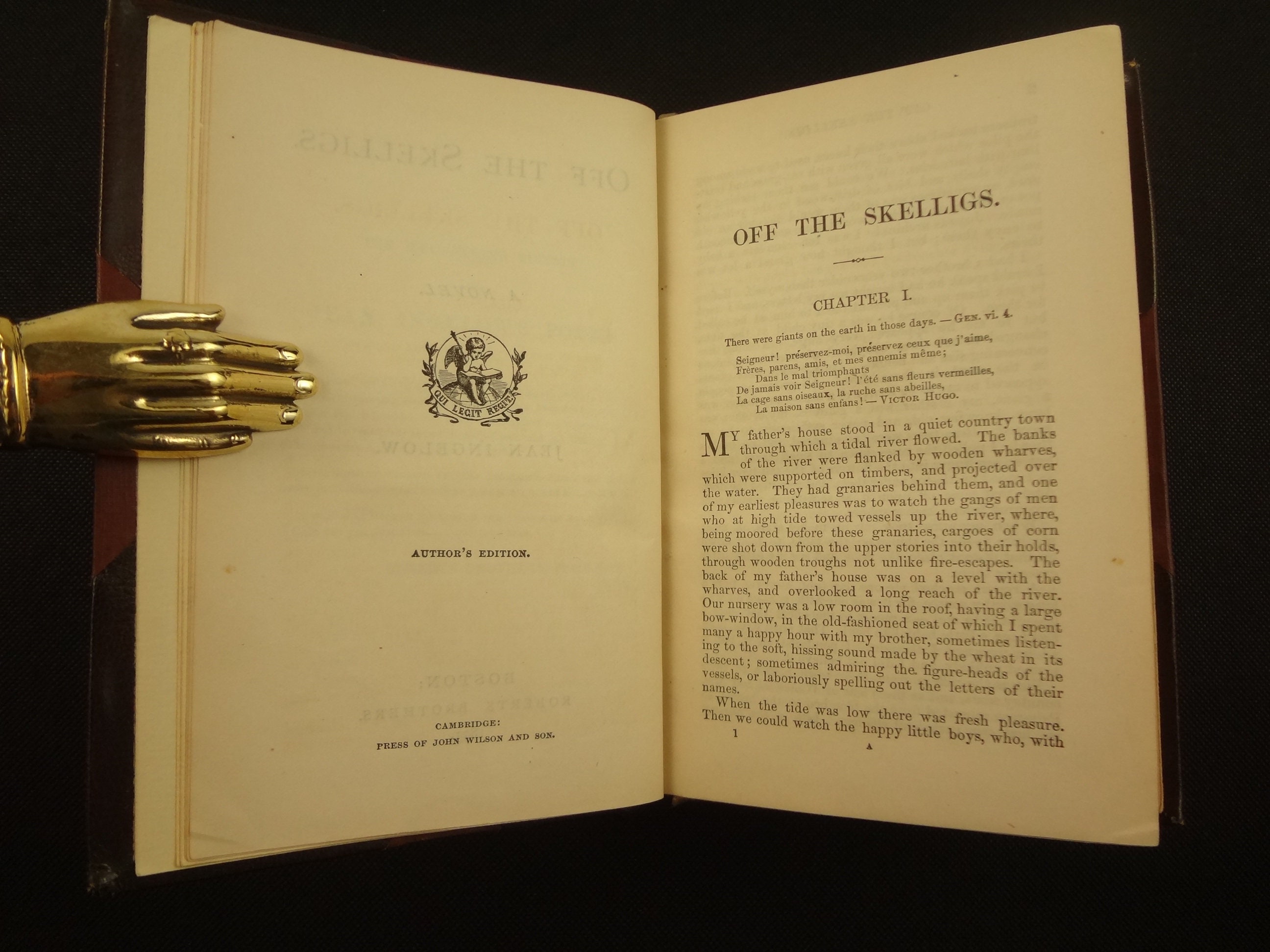 1873 Off the Skelligs, 1877 Fated to be Free, by Jean Ingelow. Attractive matching bindings.

Two matching attractive bindings house these classic Jean Ingelow works. 1873 Off the Skelligs, and 1877 Fated to be Free.

Ingelow's poems were frequently popular successes. Many, particularly her contemporaries, have defended her work. Gerald Massey described The High Tide on the Coast of Lincolnshire as "a poem full of power and tenderness" and Susan Coolidge remarked in a preface to an anthology of Ingelow's poems, "She stood amid the morning dew/And sang her earliest measure sweet/Sang as the lark sings, speeding fair/to touch and taste the purer air." "Sailing beyond Seas" (or "The Dove on the Mast") was a favourite poem of Agatha Christie, who quoted it in two novels, The Moving Finger and Ordeal by Innocence.


Yet the wider literary world largely dismissed her. The Cambridge History of English and American Literature, for example, wrote: "If we had nothing of Jean Ingelow’s but the most remarkable poem entitled Divided, it would be permissible to suppose the loss [of her], in fact or in might-have-been, of a poetess of almost the highest rank.... Jean Ingelow wrote some other good things, but nothing at all equalling this; while she also wrote too much and too long." Some of this criticism has overtones of dismissing her as a female writer: "Unless a man is an extraordinary coxcomb, a person of private means, or both, he seldom has the time and opportunity of committing, or the wish to commit, bad or indifferent verse for a long series of years; but it is otherwise with woman."

See pictures. Handsome books. A few shelf marks and rubs to the binding. Silk place-keeping ribbon are still connected at the headband; a good indication that the books haven't been subject to much dust as it eats through silk. Also top edge is shiny.

Gift inscription at the front blank endpaper of each volume.

Fated has ink spill at front, that spotted many pages. It was bound nicely after. Fated also has some annotations, and a 2 cm hole in one page. Also, the rear leaf of Fated is repaired. From what I can tell, Fated participated in a book club, and was subject to travel and etc.. Later, it was rebound with other works from this same library, which is why it looks so nice now.

Off the Skelligs has a little toning to paper. There is one small bump (circa 1 cm, 20 leaves) along the fore-edge.