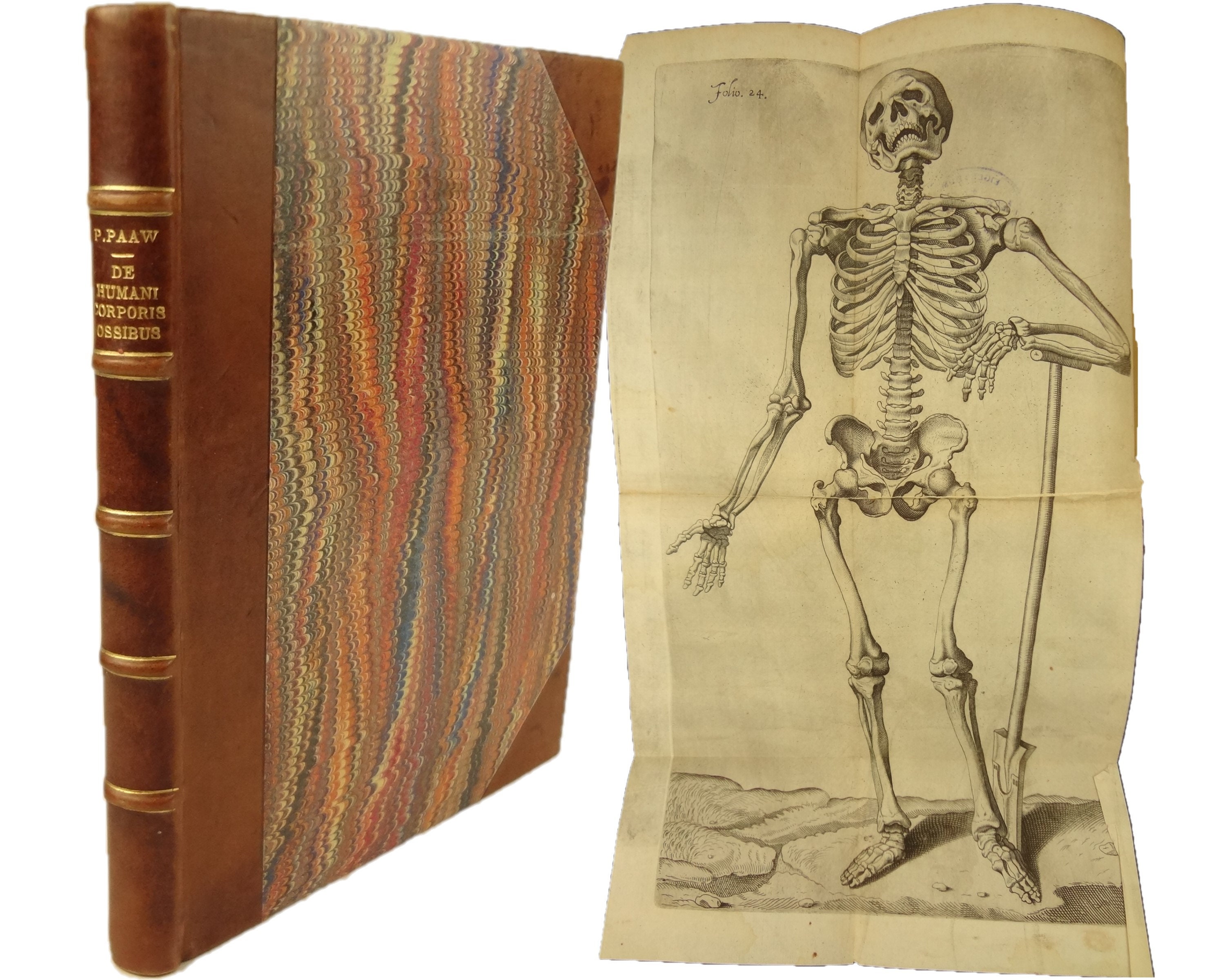 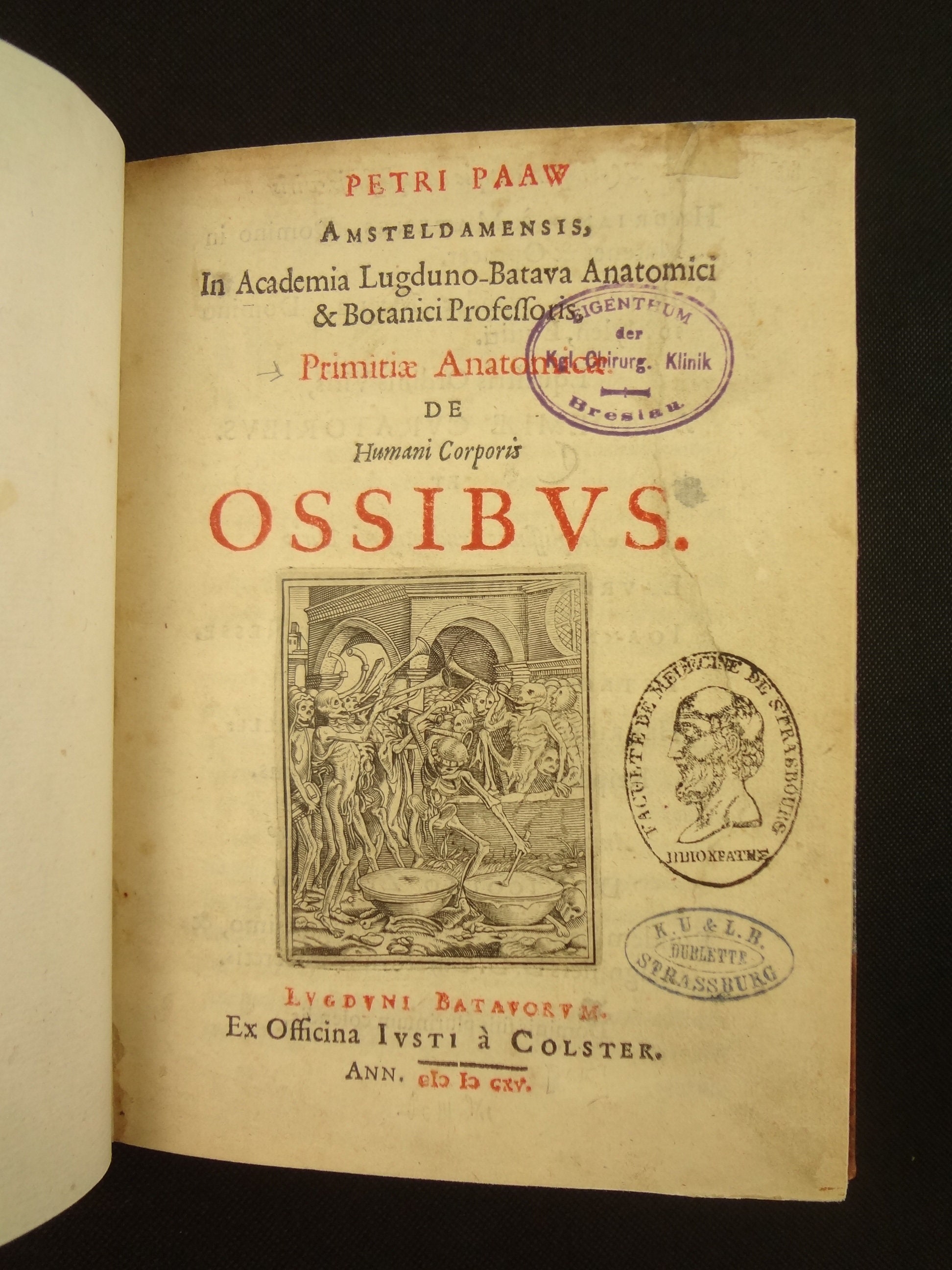 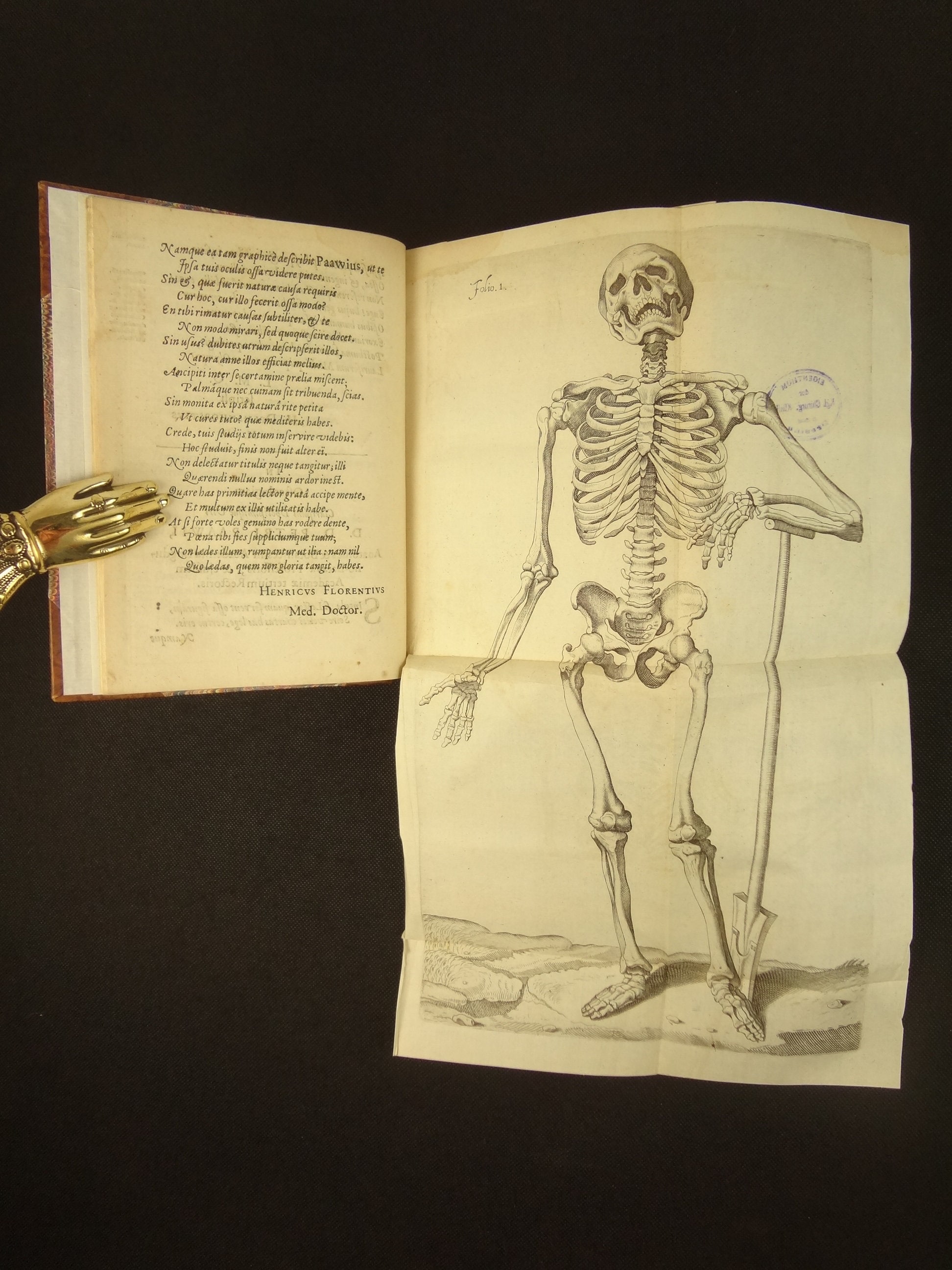 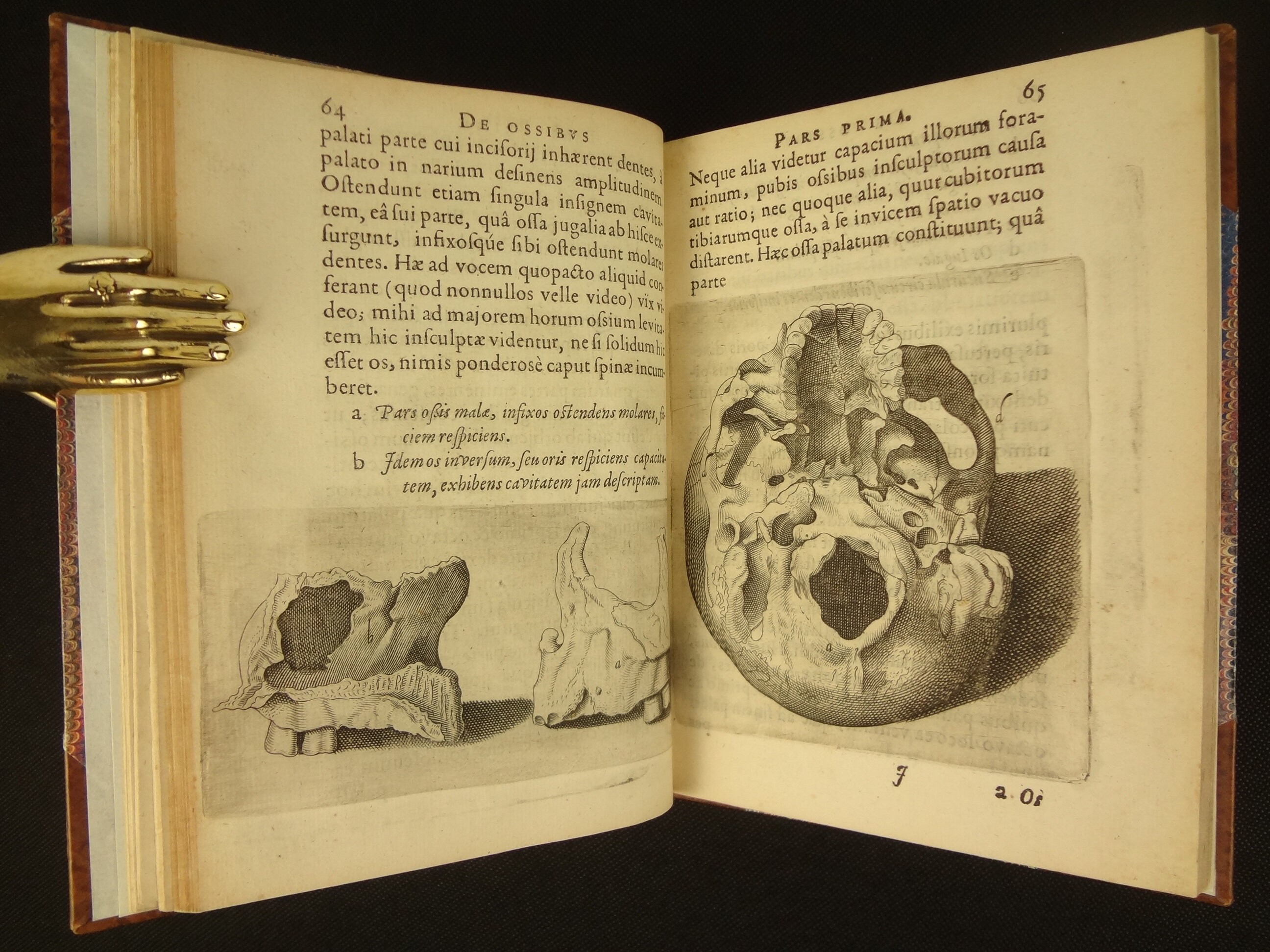 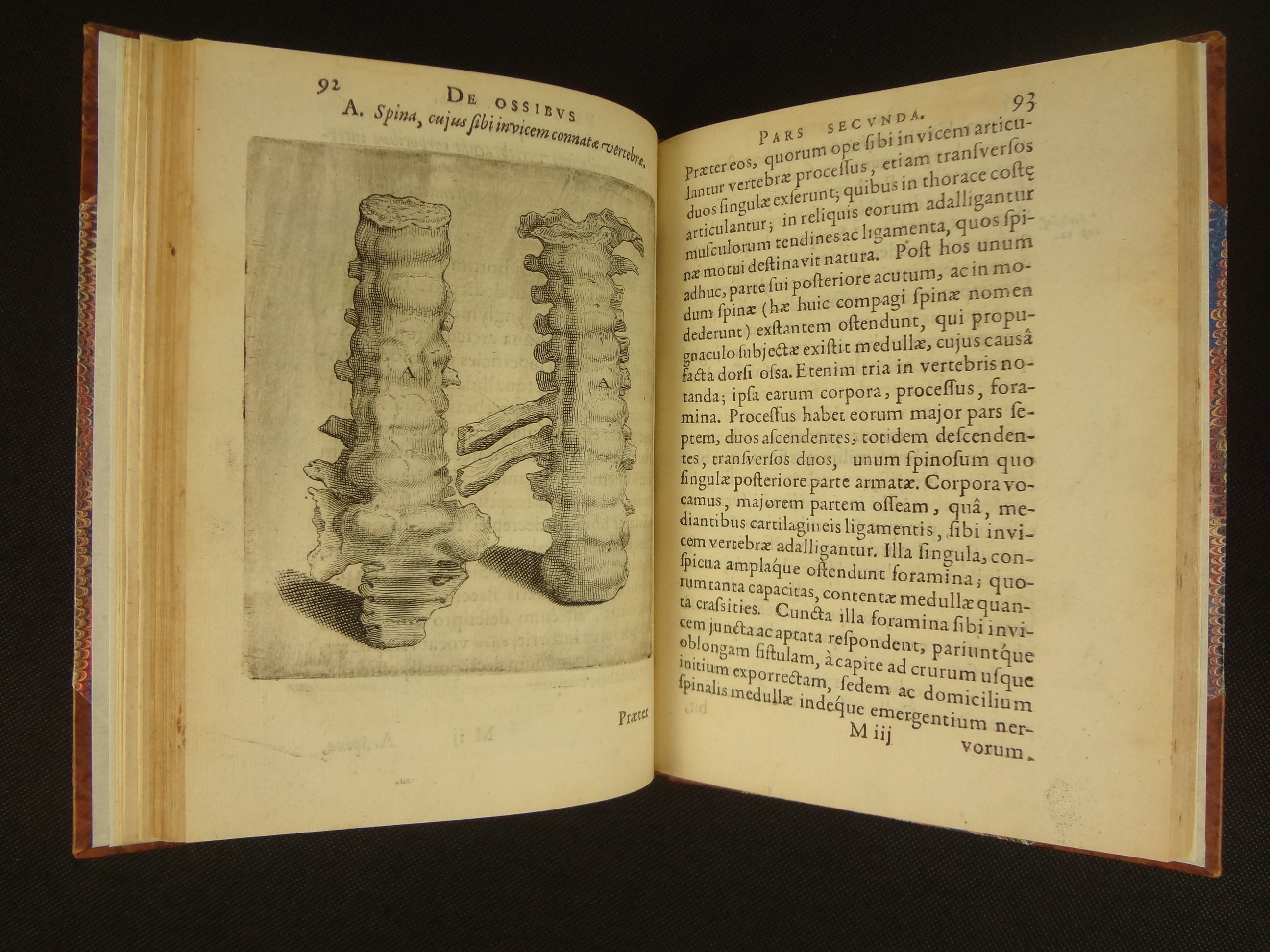 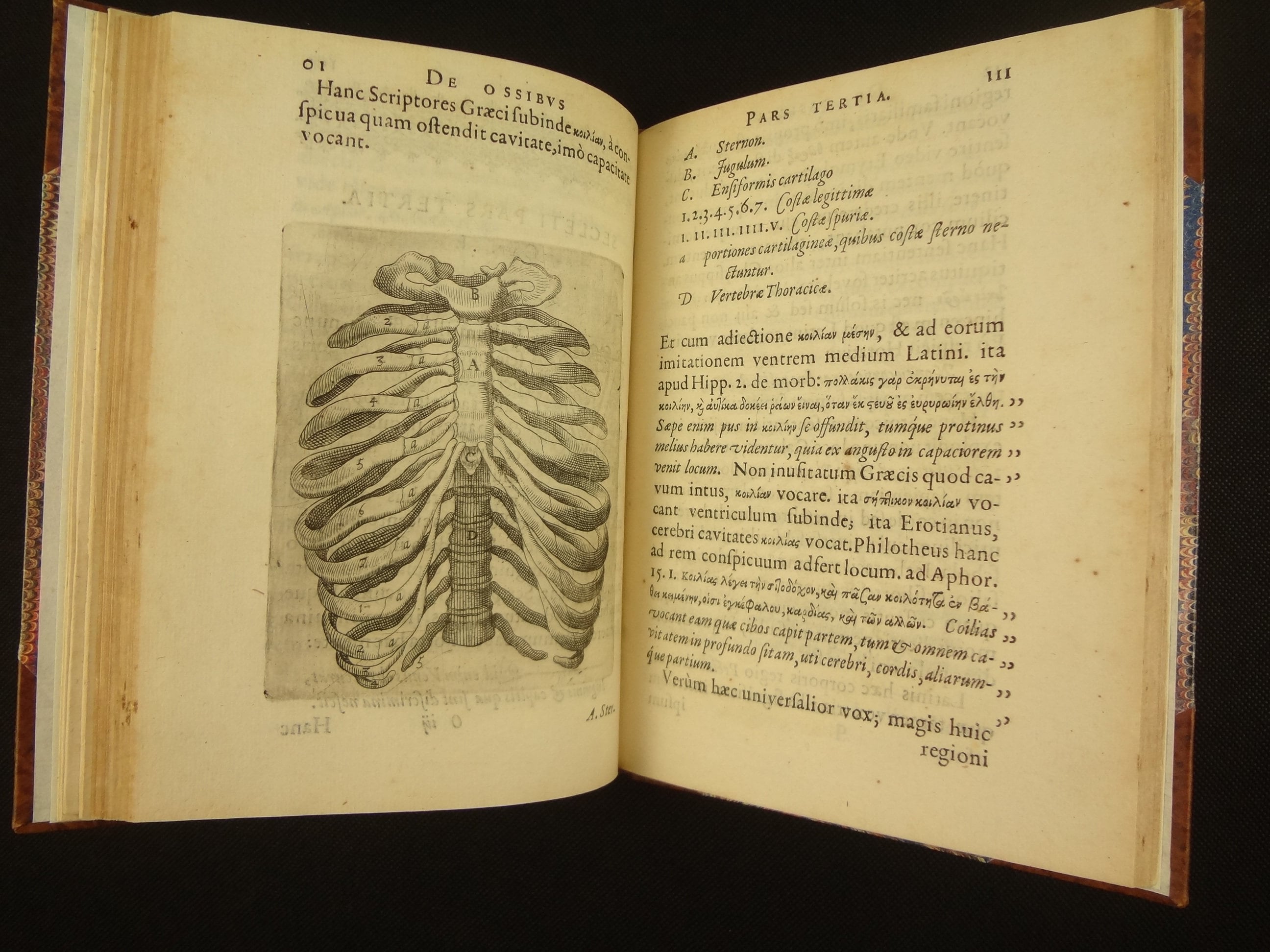 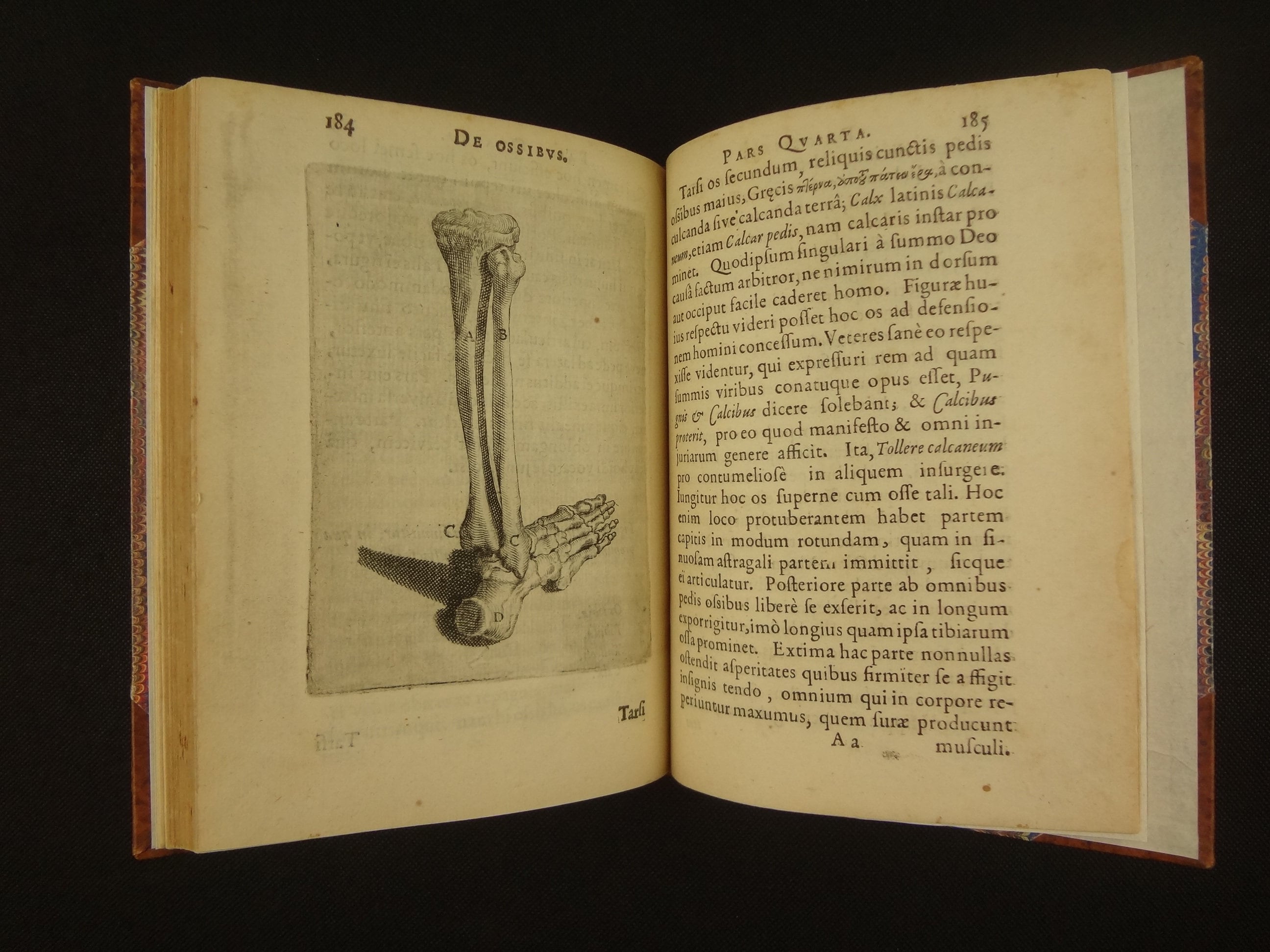 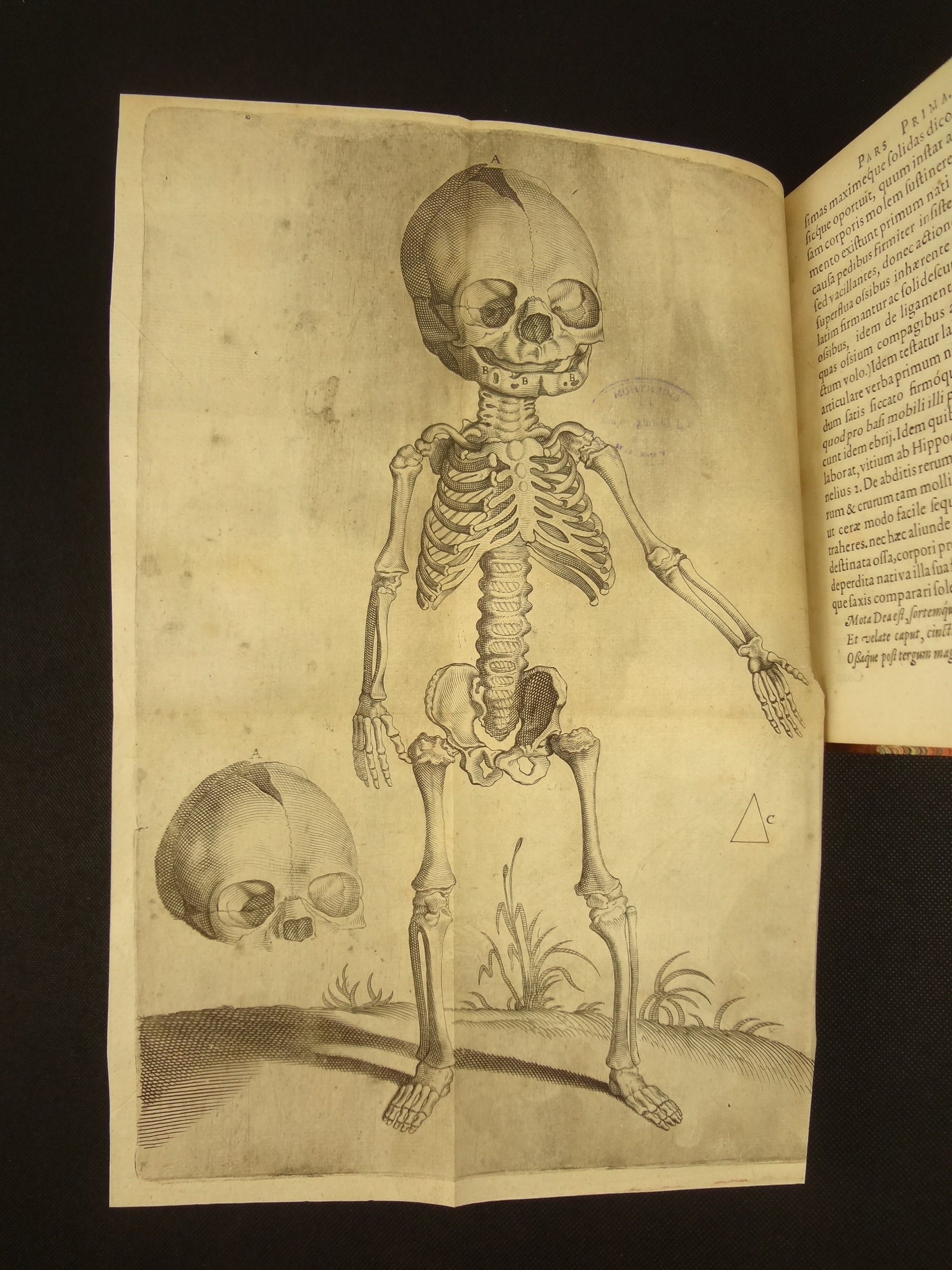 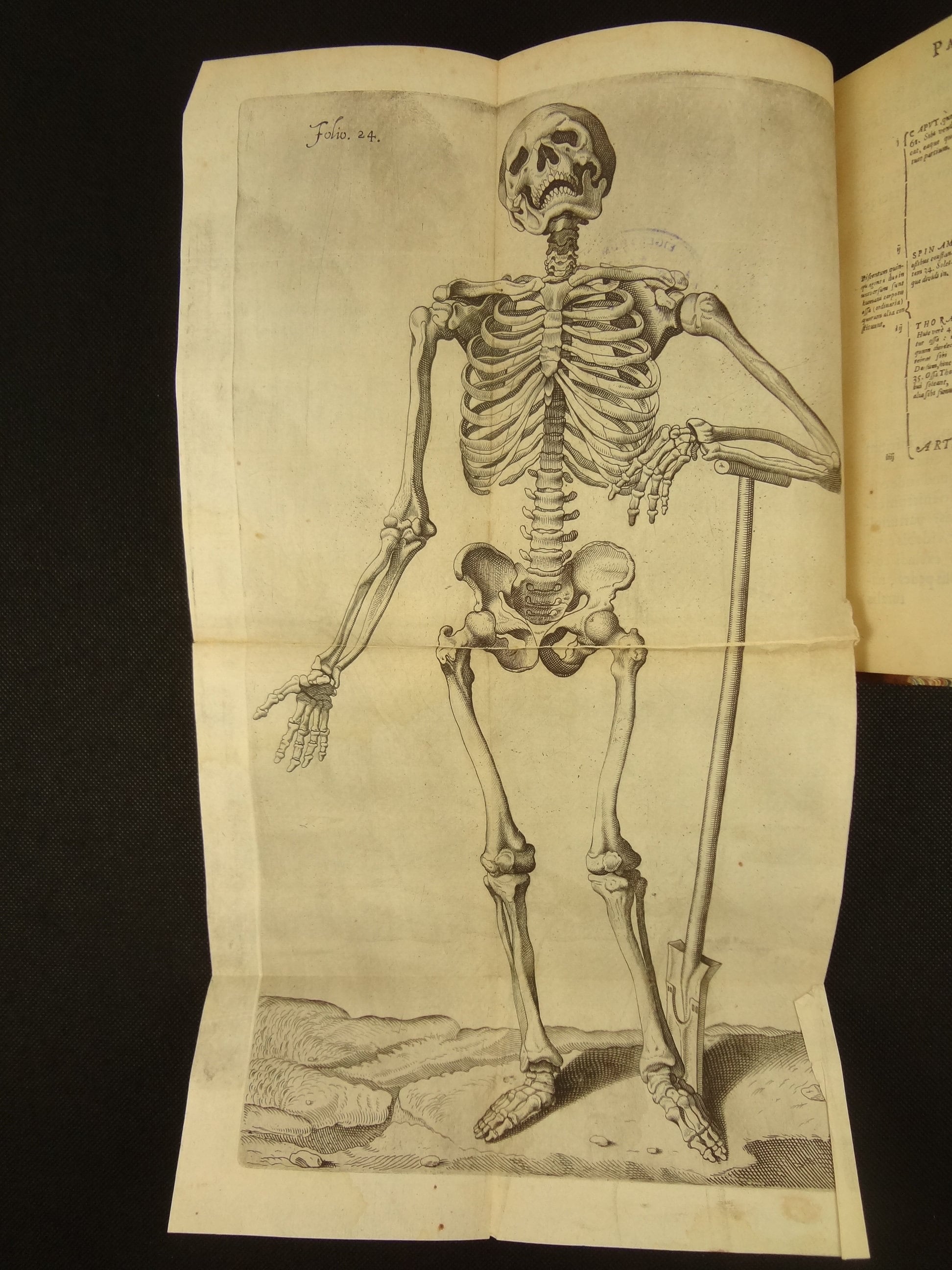 "The interesting sketches were revealed in (Pauw’s) anatomical masterpiece Primitiae anatomicae de humani corporis ossibus, published in 1615. Besides the detailed description of the bones of the body, including the bones of hand and foot, the pictures with sections of the frontal, maxillary and sphenoid bones show that he was familiar with the presence of paranasal sinuses, including maxillary one, discovery attributed erroneously to British surgeon anatomist Nathaniel Highmore (1613-1685), who described it 36 years after Pauw." - Peiter Pauw, Russian Open Journal of Medicine, Kutia and Shaymardanova

This copy has a rich history of surgical library provenance. The stamp of the "Chirurg. Klinik, Breslau" is found several times. The stamp of the Faculte de Medecine De Strasbourg is especially notable, because they also had an anatomical theatre. And, likely lastly, the Kaiser Univ. of Strassburg (circa 1900) stamp notes that this was a "dublette" (and the book likely went into private ownership at that time).

A note on collation - I have not found one example that had the frontis, all five fold-outs, and the dedicatory and errata leaves at the rear. There seems to have been some collation choices made at the initial point-of-sale in the 17th century.

See pictures. Rebound, likely in the 20th century; some minor signs of shelf wear/rubbing but a nice binding that will last for many centuries further. Library numbers on pastedown, flyleaf.

Title with three library stamps, a tear repair (only moderately successful) with a piece of cellophane tape at the end of the tear to hold the edge from starting (unsure if what appears as cellophane is Japanese tissue cut to similar size; no toning of plastic tape). Several small ink spots at verso of title page.

Missing frontis portrait of author, fold-out of two skulls at 48, and dedicatory and errata leaves at end. But has a second copy of the Vesalius fold-out, clearly marked for insertion at both 1 and 24. For many, there is no second Vesalius plate, and rather a fold-out of two skulls at 48. Others have noted curious states of this 1st edition (with regards to frontis, and dedicatory/errata leaves at rear especially).