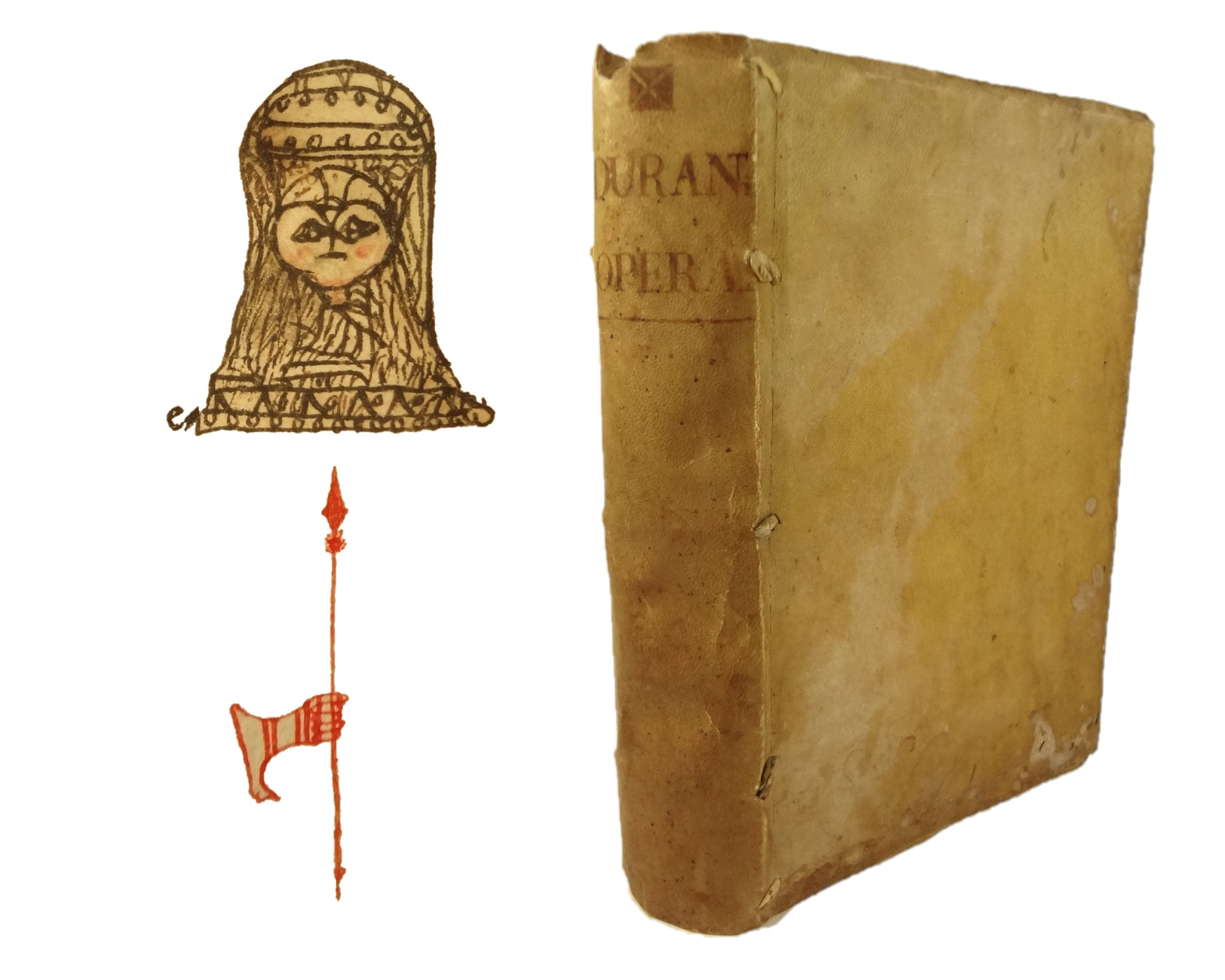 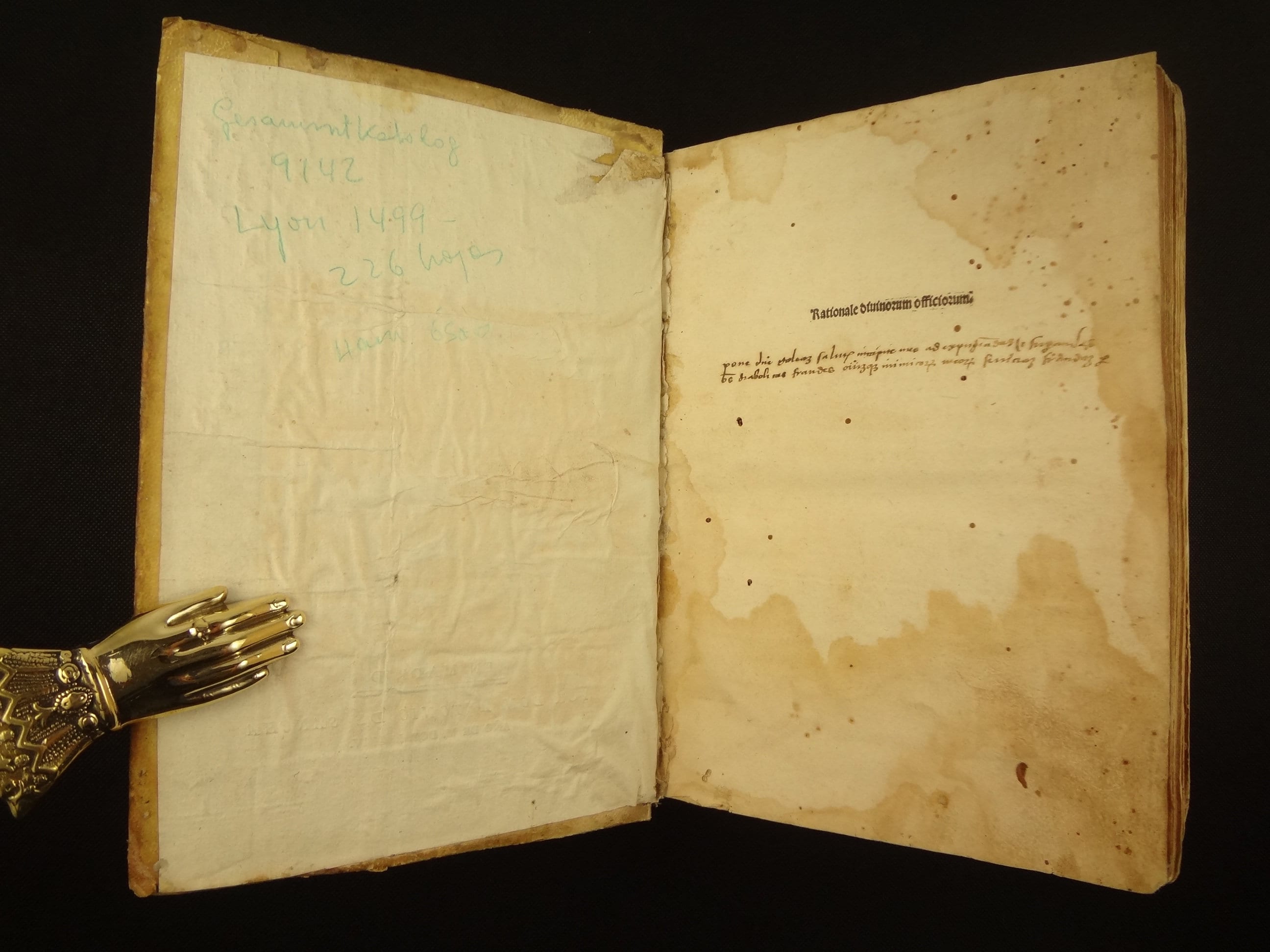 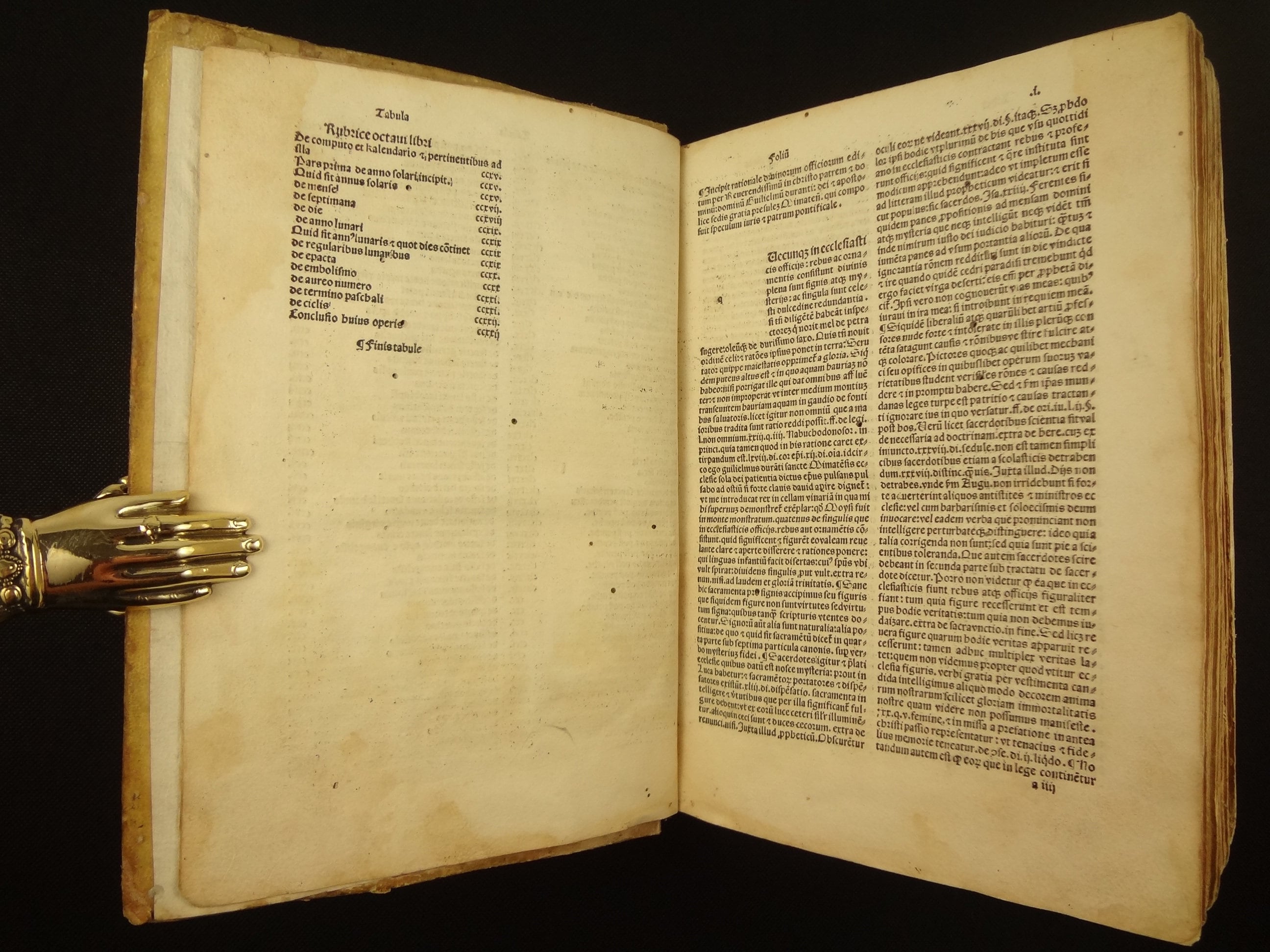 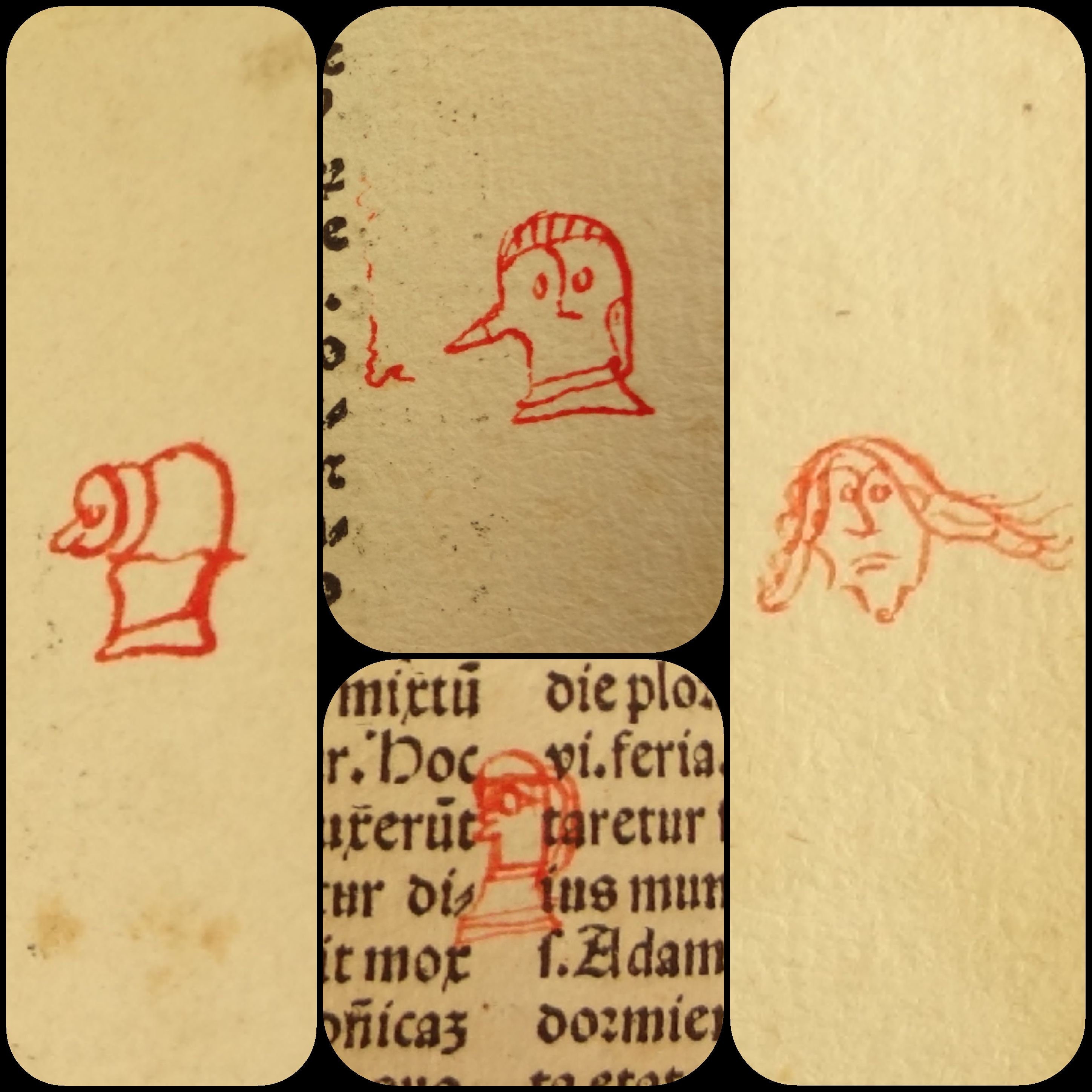 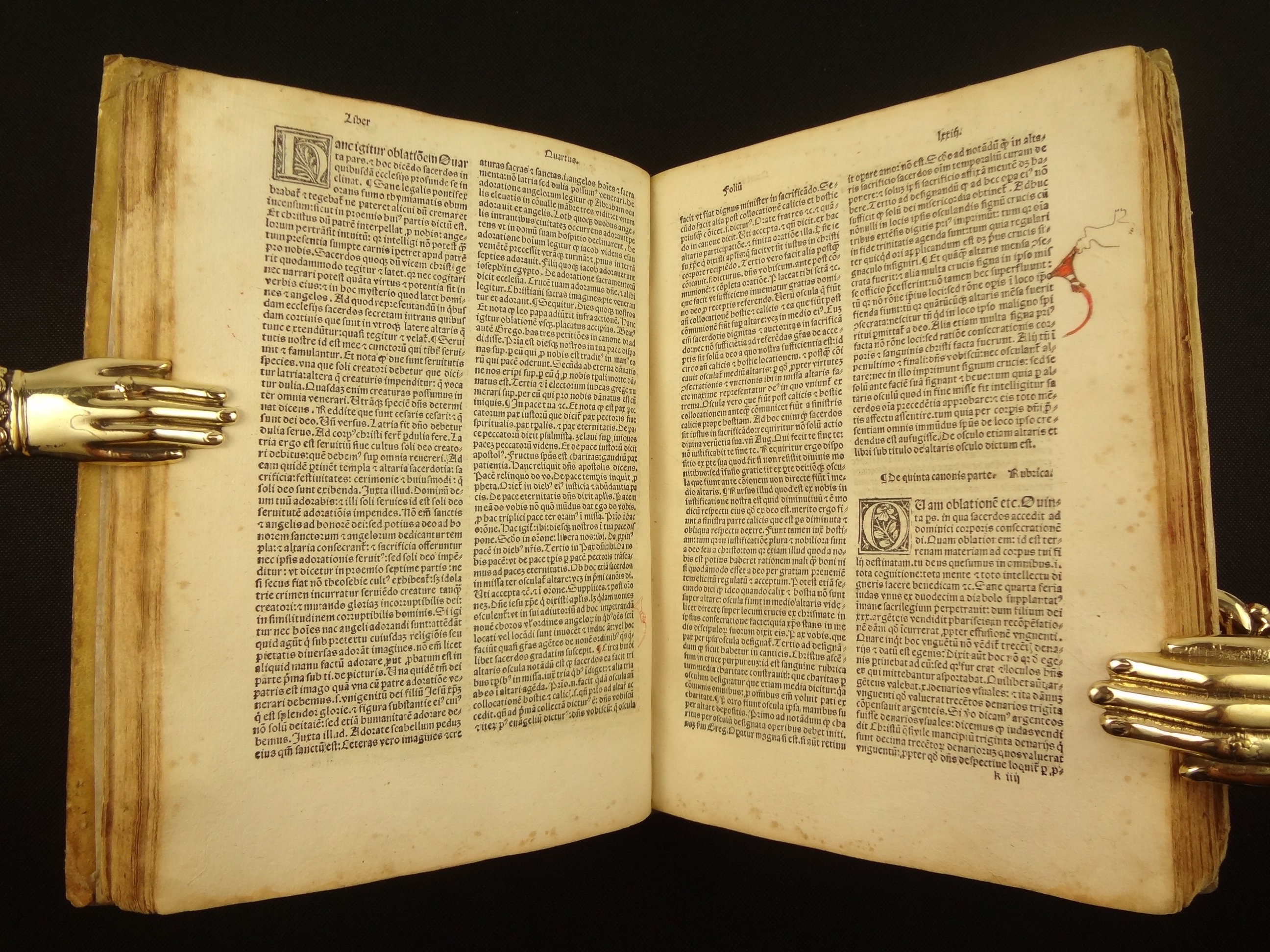 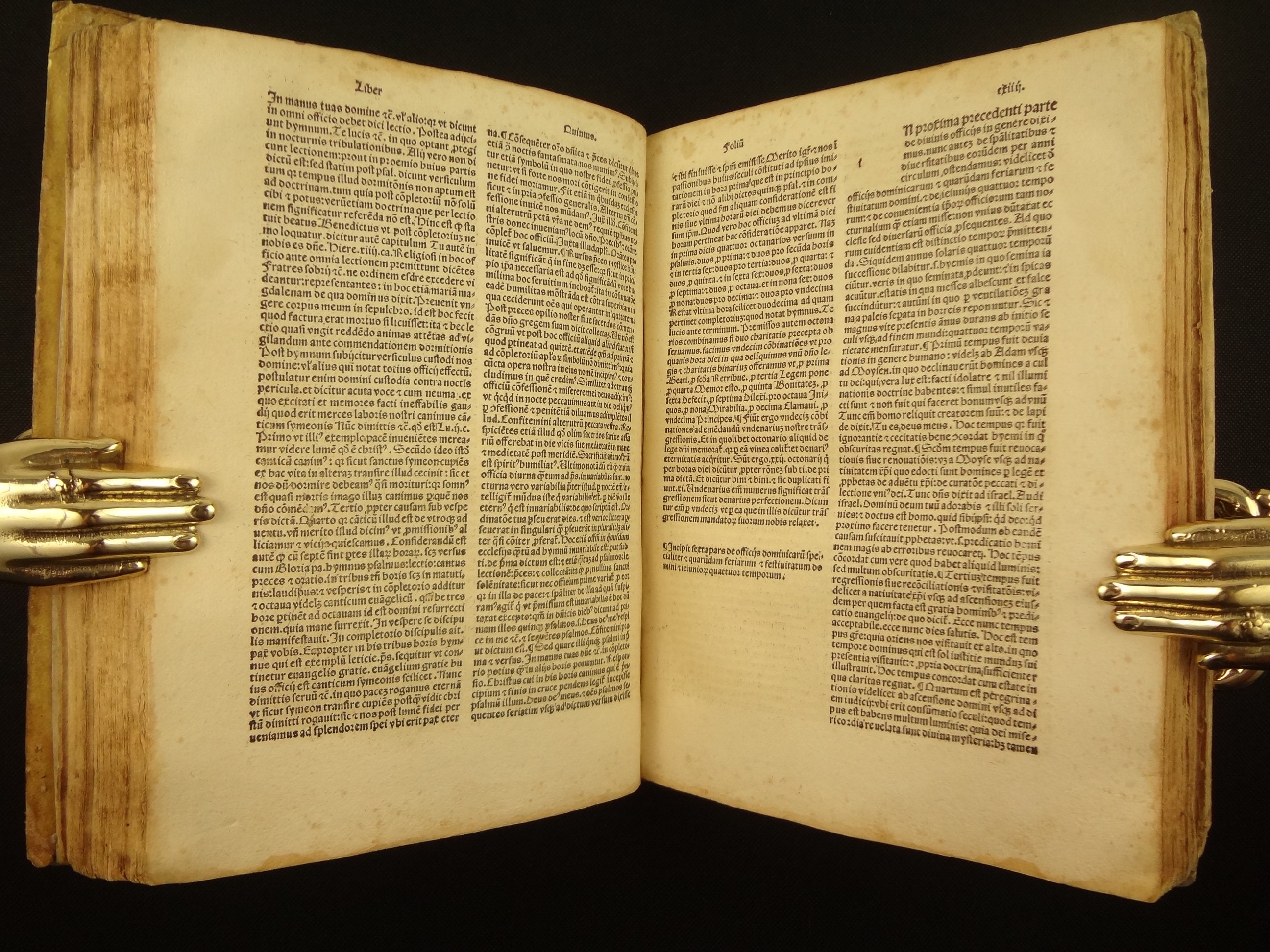 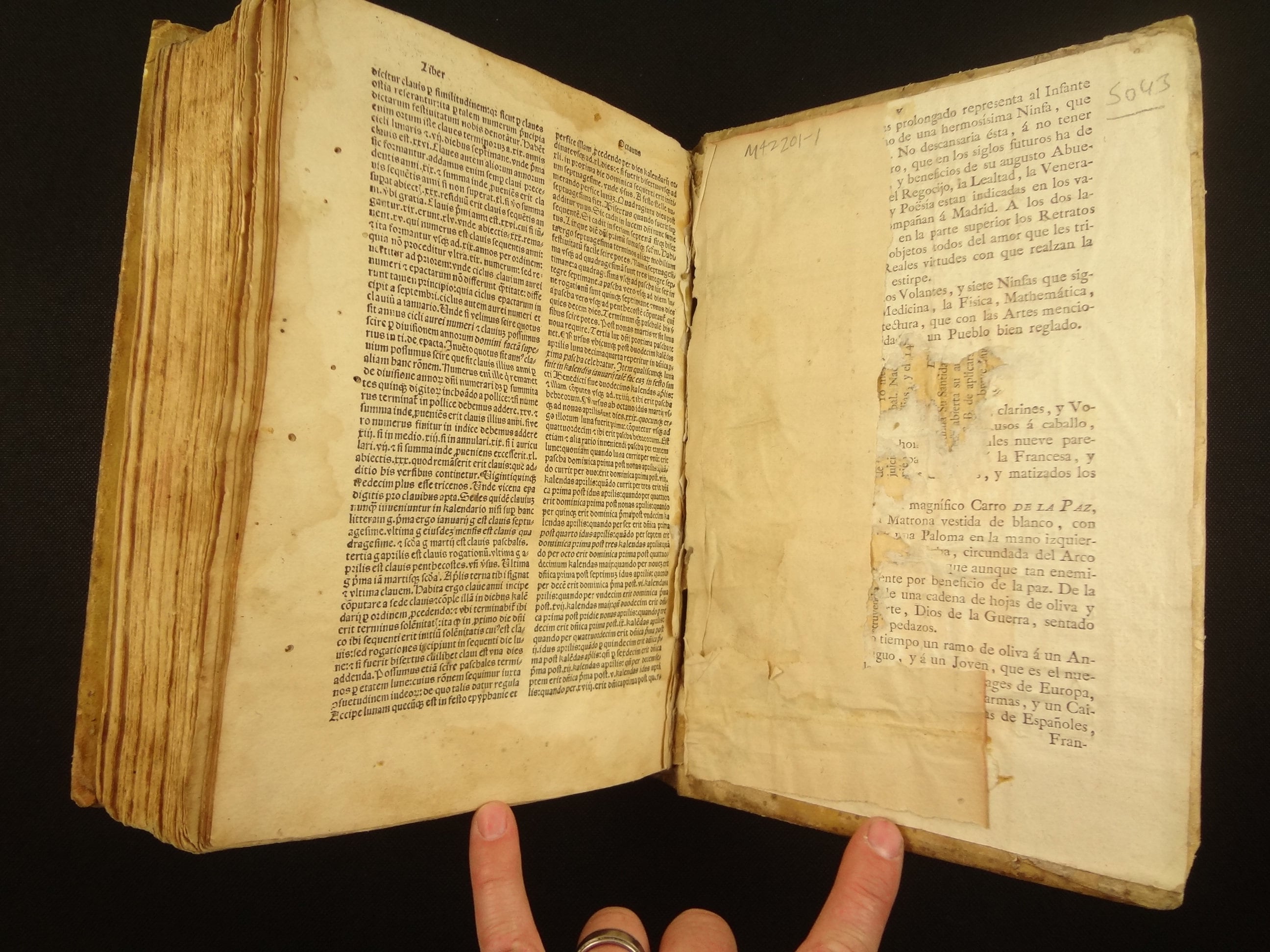 One of the most popular of medieval ecclesiastical works; this is a 1499 incunable printing of Guillame Durand's Rationale Divinorum Officiorum, which Durand wrote in Italy before 1286. The 15th century editor of this edition is Giovanni Alvise Toscani.

This copy delightful to review as there are many manicules and doodles added throughout the text in black, red, and a mix of both. And rather than the more common monastic doodling of pointing monk hands, these manicules (and doodles) are decidedly warrior-like, with unmistakable armor cladding and a few weapons.

“The Rationale… presents a picture of the liturgy of the 13th century in the West, studied in its various forms, its traditional sources, and its relation to the church buildings and furniture. It long served as a major authority on medieval Latin liturgy and ran through various editions from its first printing in 1459.” - Encyclopedia Britannica (1911, 11th ed.)

He studied law at Bologna, with Bernardus of Parma, and by about 1264 was teaching canon law with success at Modena. Pope Clement IV called him to the pontifical court as a chaplain and auditor of the palace, and in 1274 he accompanied Clement's successor, Pope Gregory X, to the Second Council of Lyons, the constitutions of which he helped draw up. In the midst of the struggles between Guelfs and Ghibellines, Durand successfully defended the papal territories, both by diplomacy and by arms. Pope Honorius IV retained him in his offices, and although elected bishop of Mende in 1286, he remained in Italy until 1291. In 1295 he refused the archbishopric of Ravenna, offered him by Pope Boniface VIII, but accepted the task of pacifying his former provinces of Romagna and the March of Ancona. In 1296 he withdrew to Rome, where he died. His tomb is in the church of Santa Maria sopra Minerva.

The printer did not claim his work. The Incunable Short Title Catalogue states - "CIBN assigns the printing to Jean Bachelier and possibly Pierre Bartelot, from the state of the types and letters. GW, Pellechet and IGI assign the printing to Jacques Maillet."