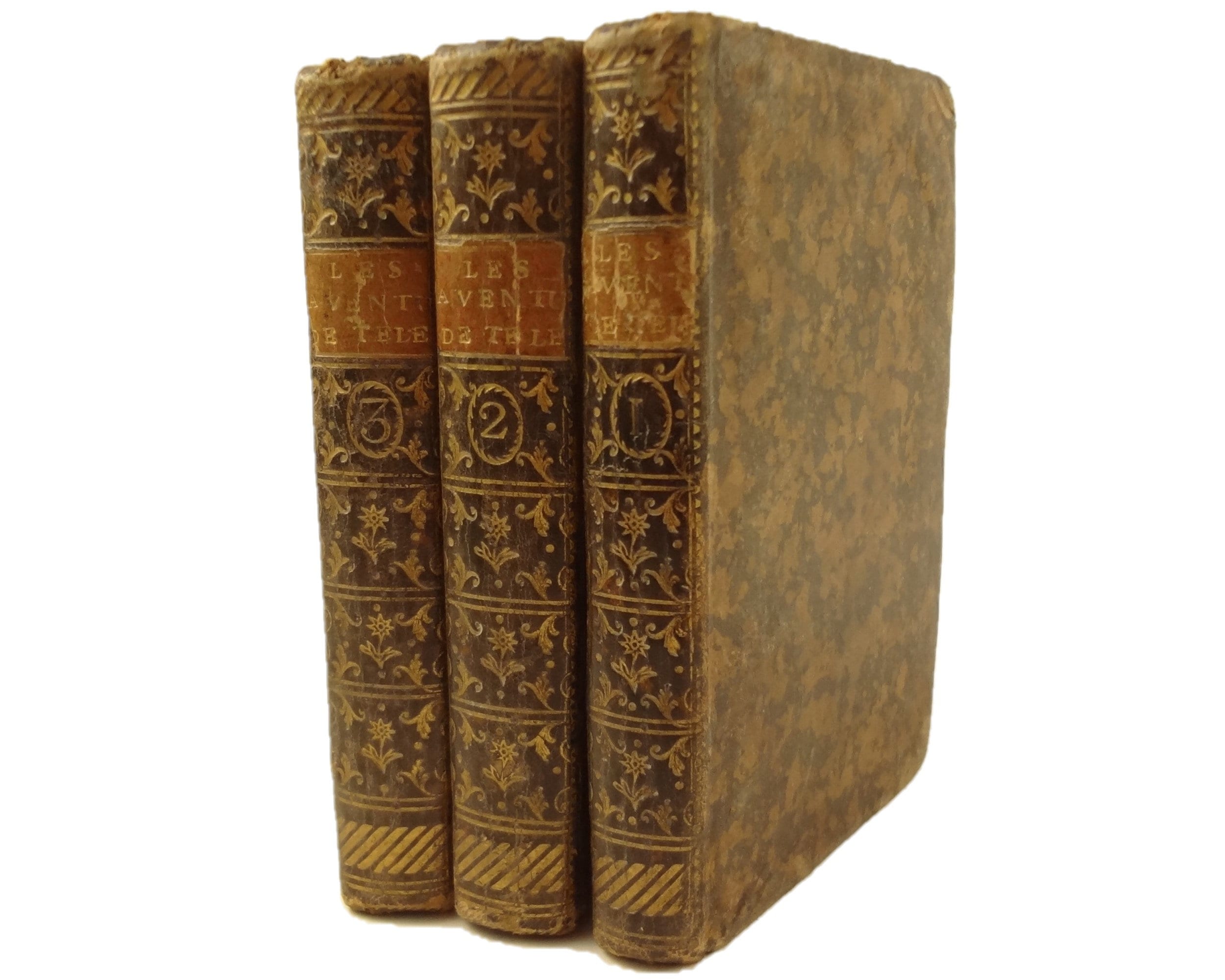 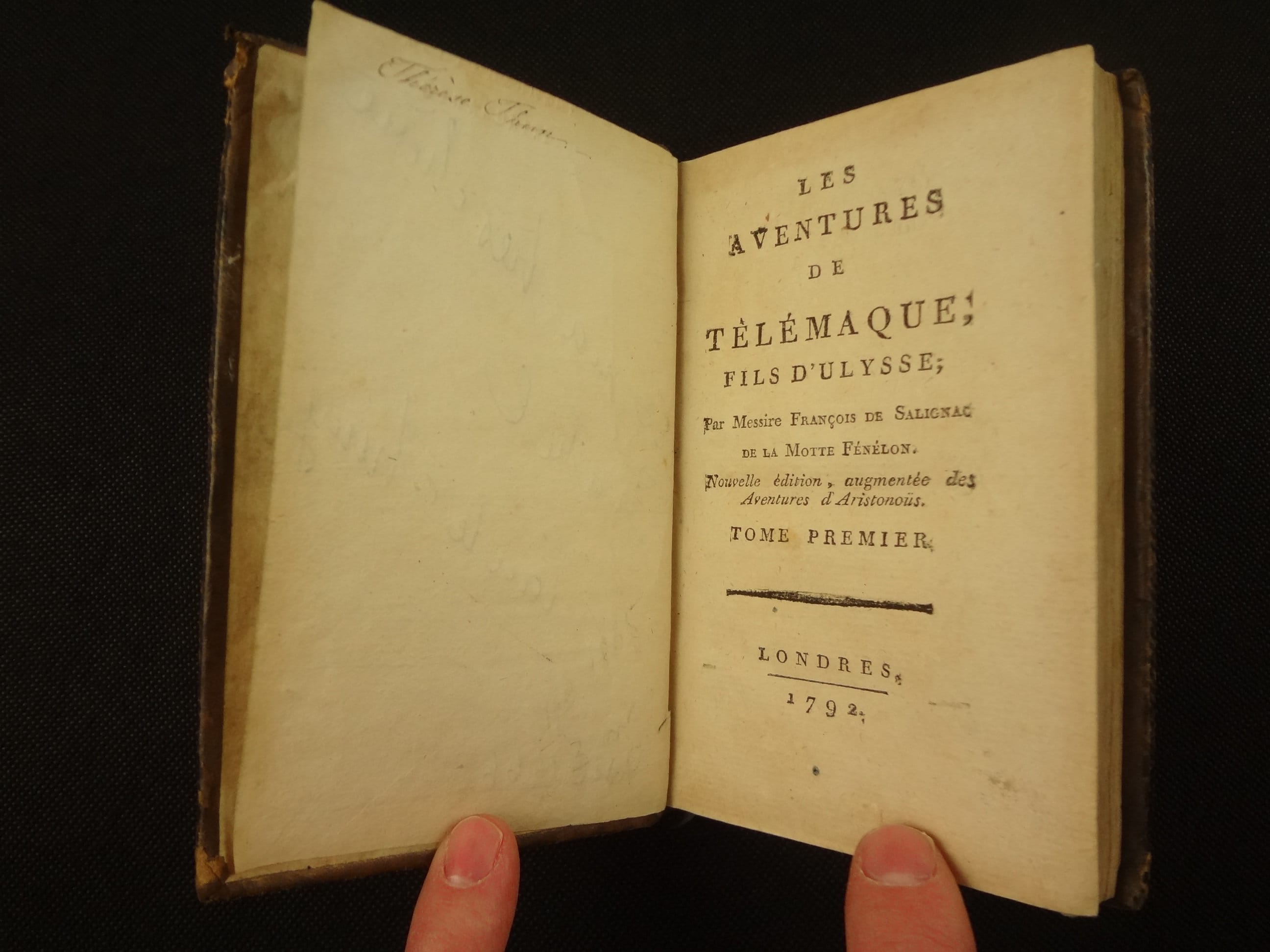 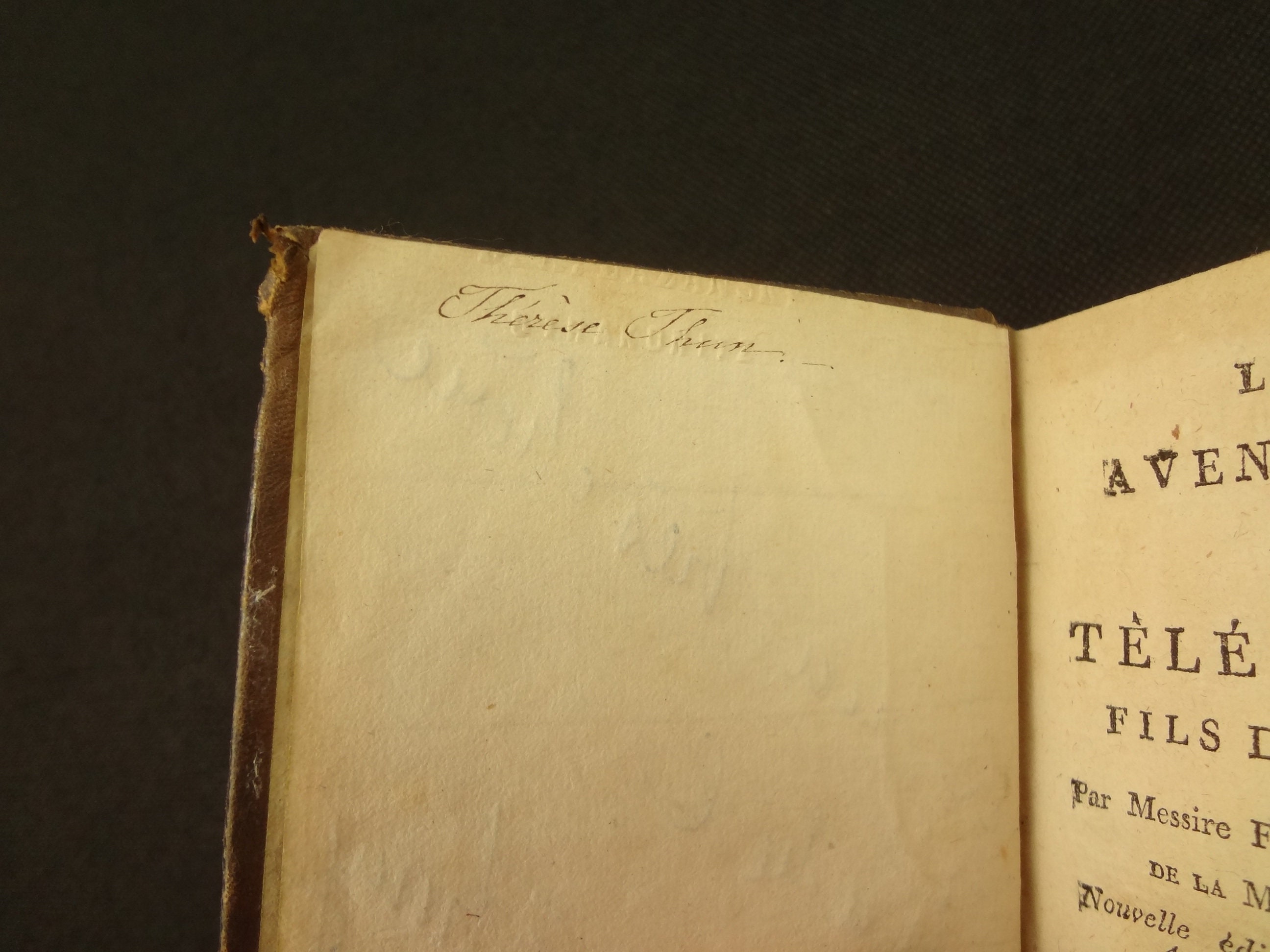 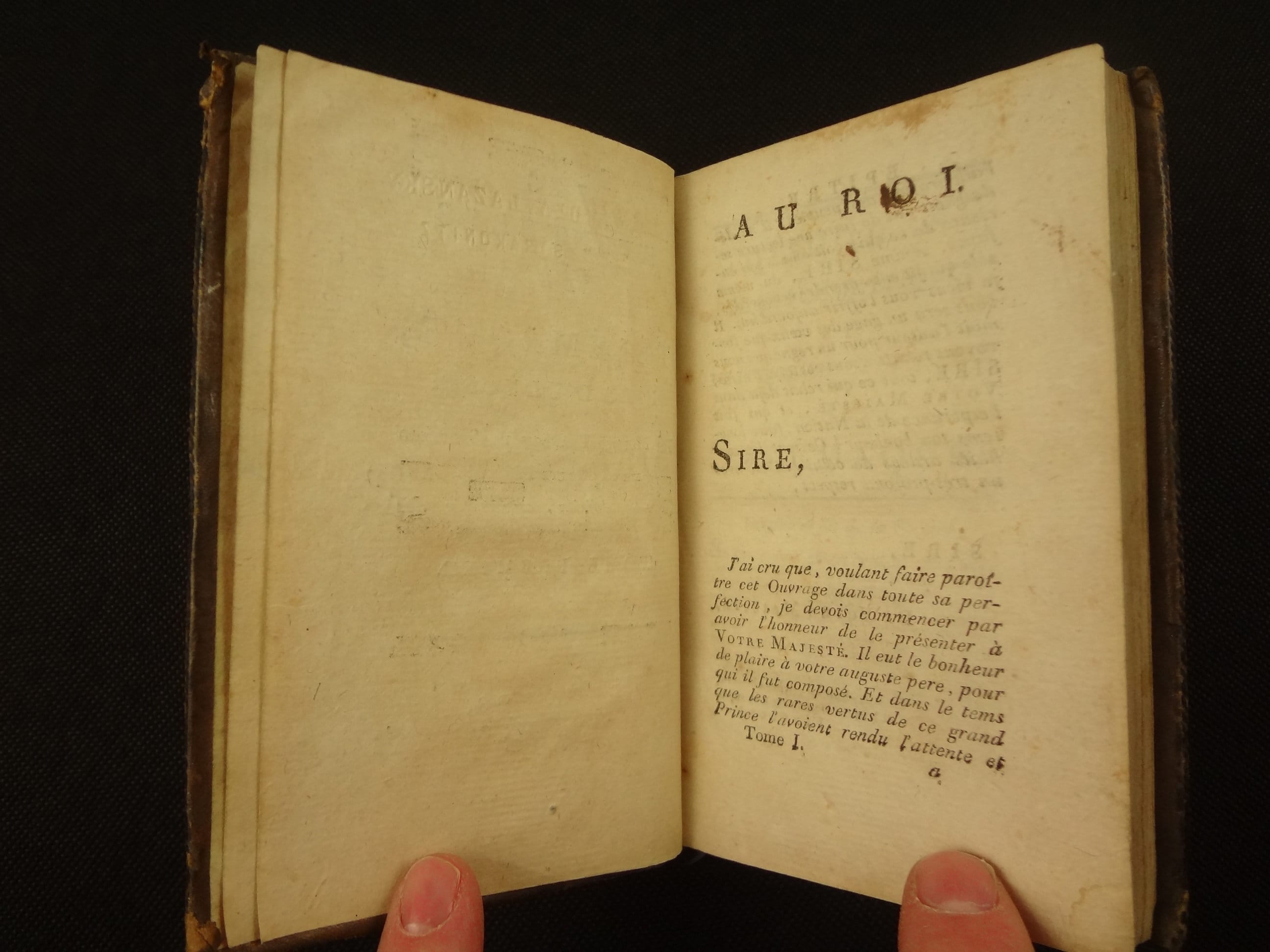 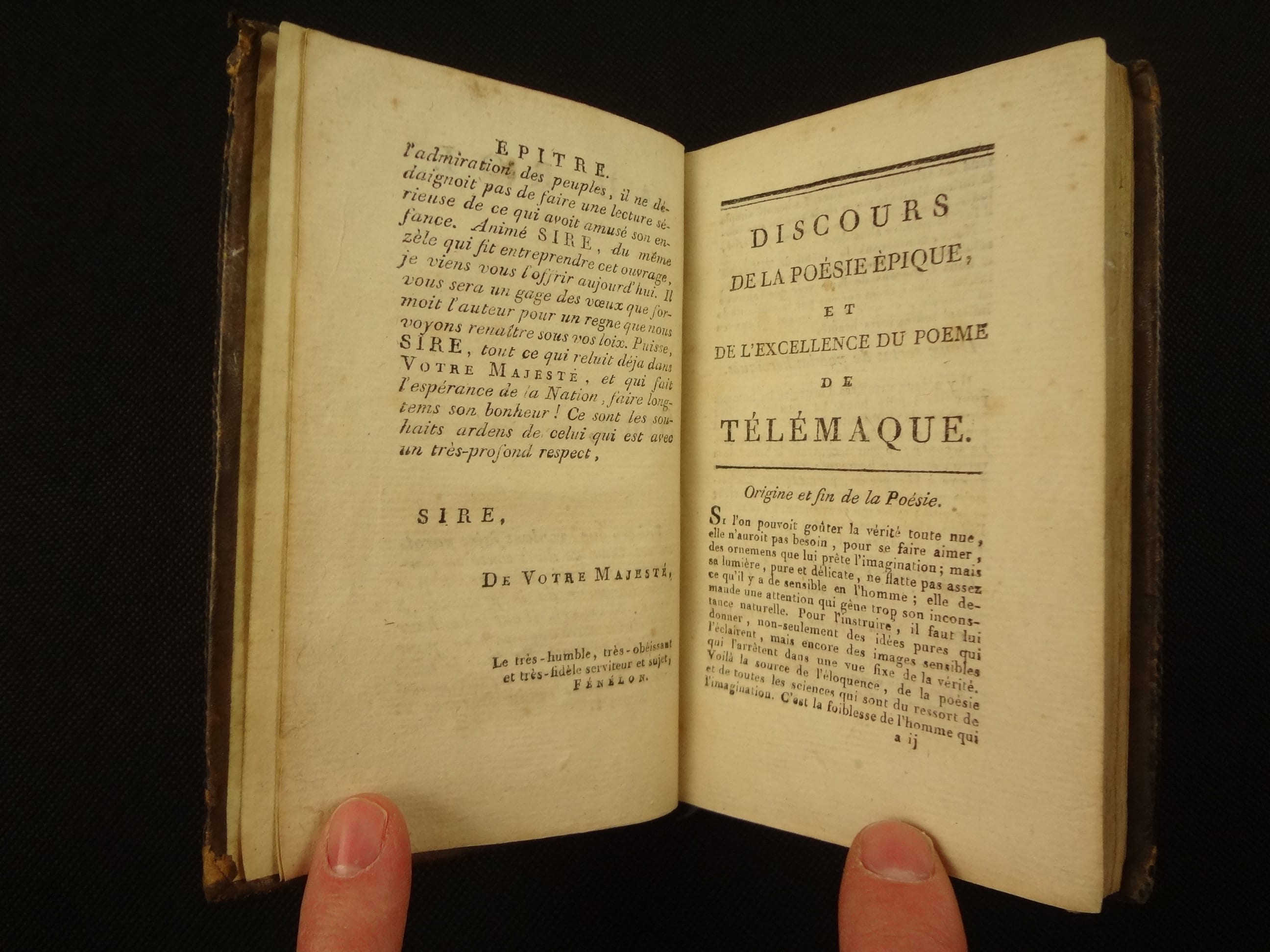 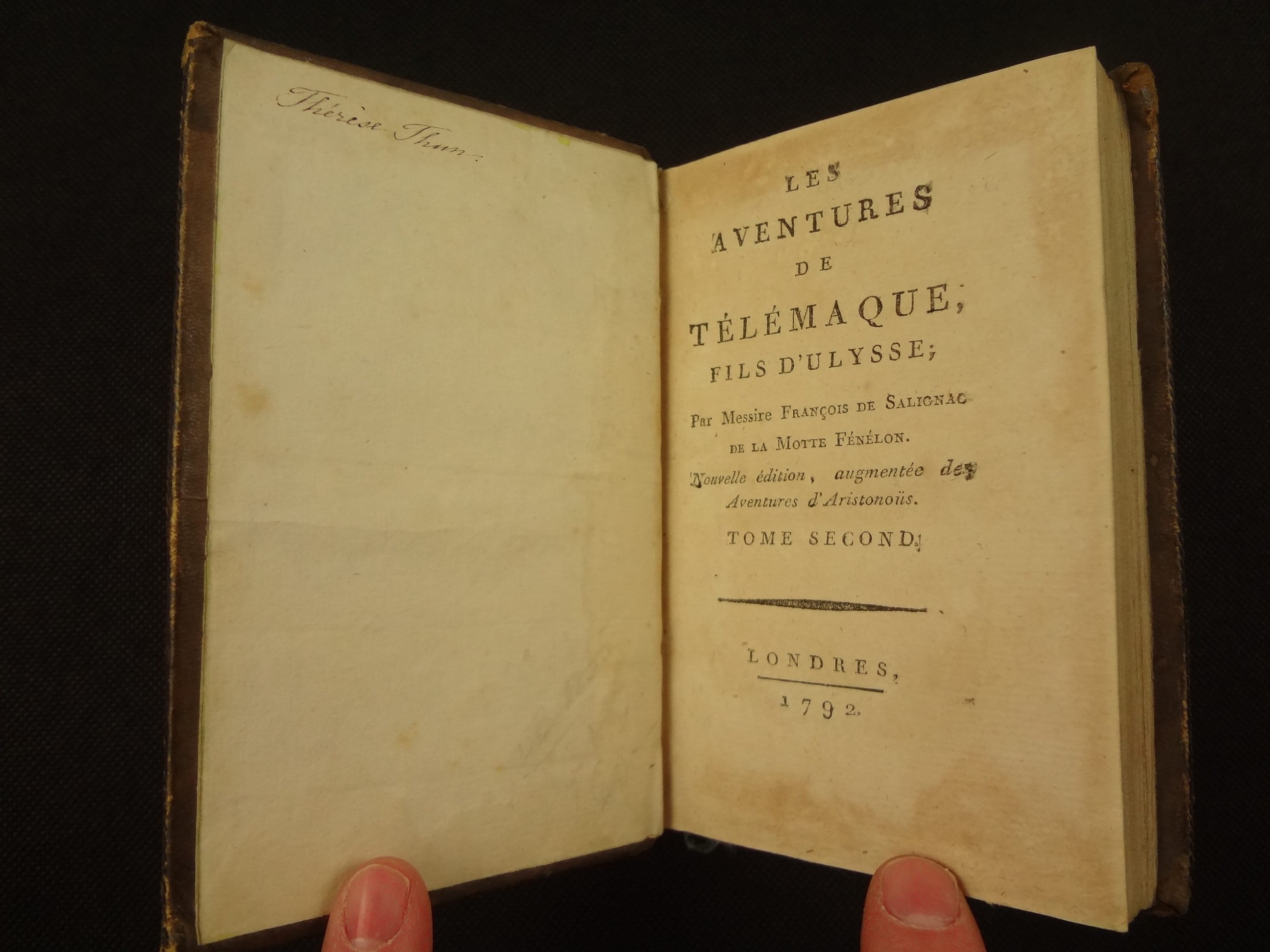 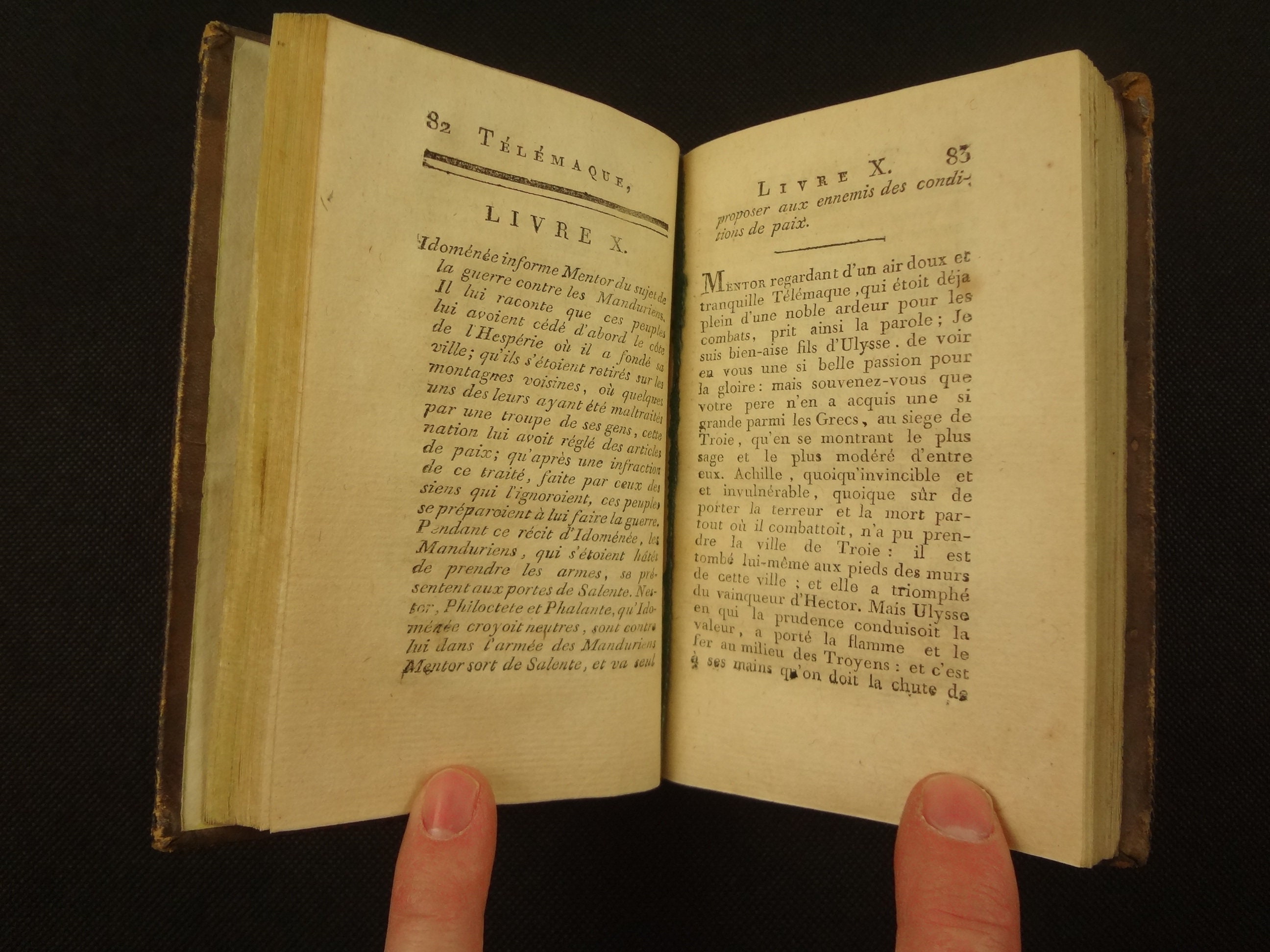 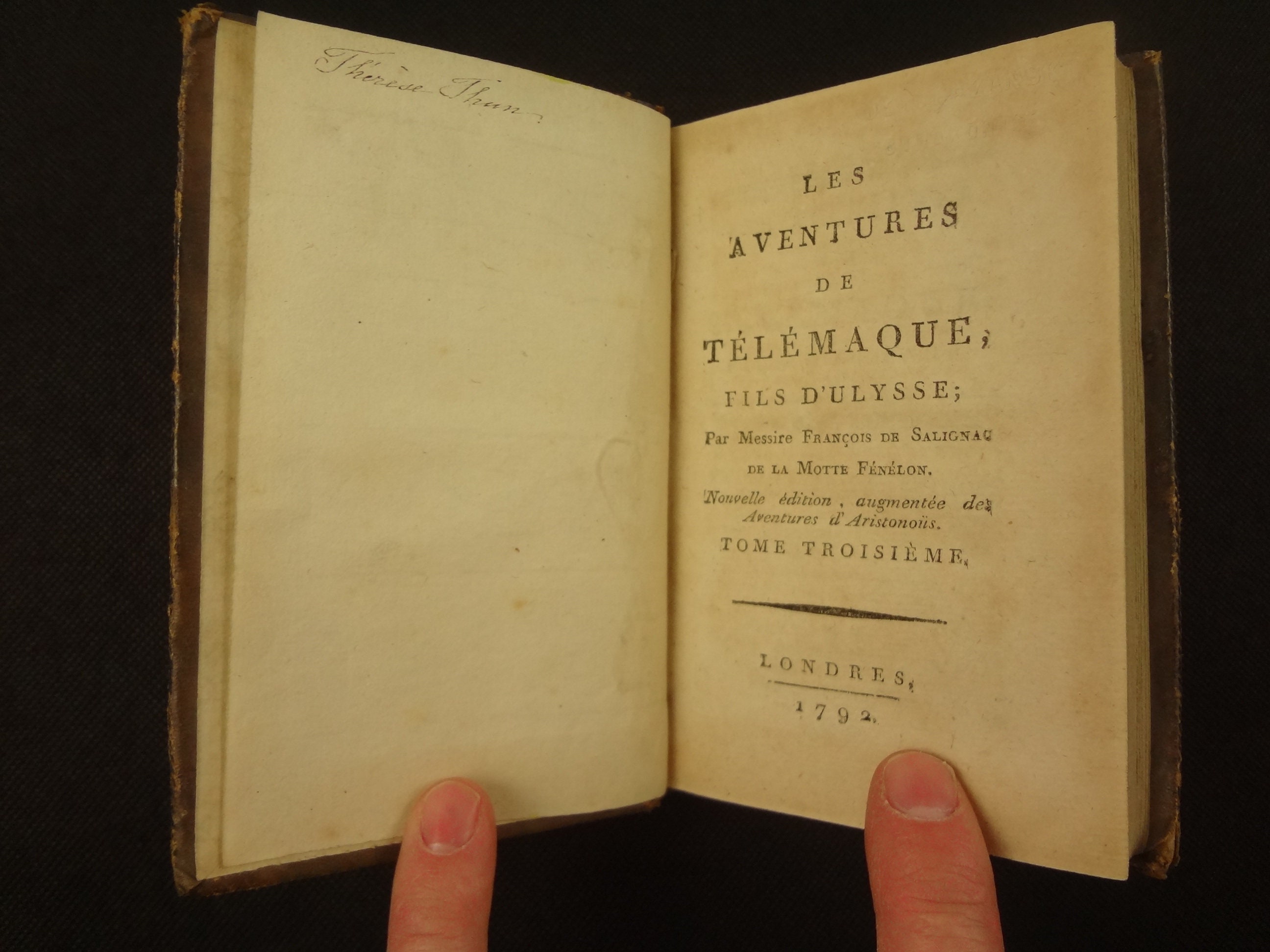 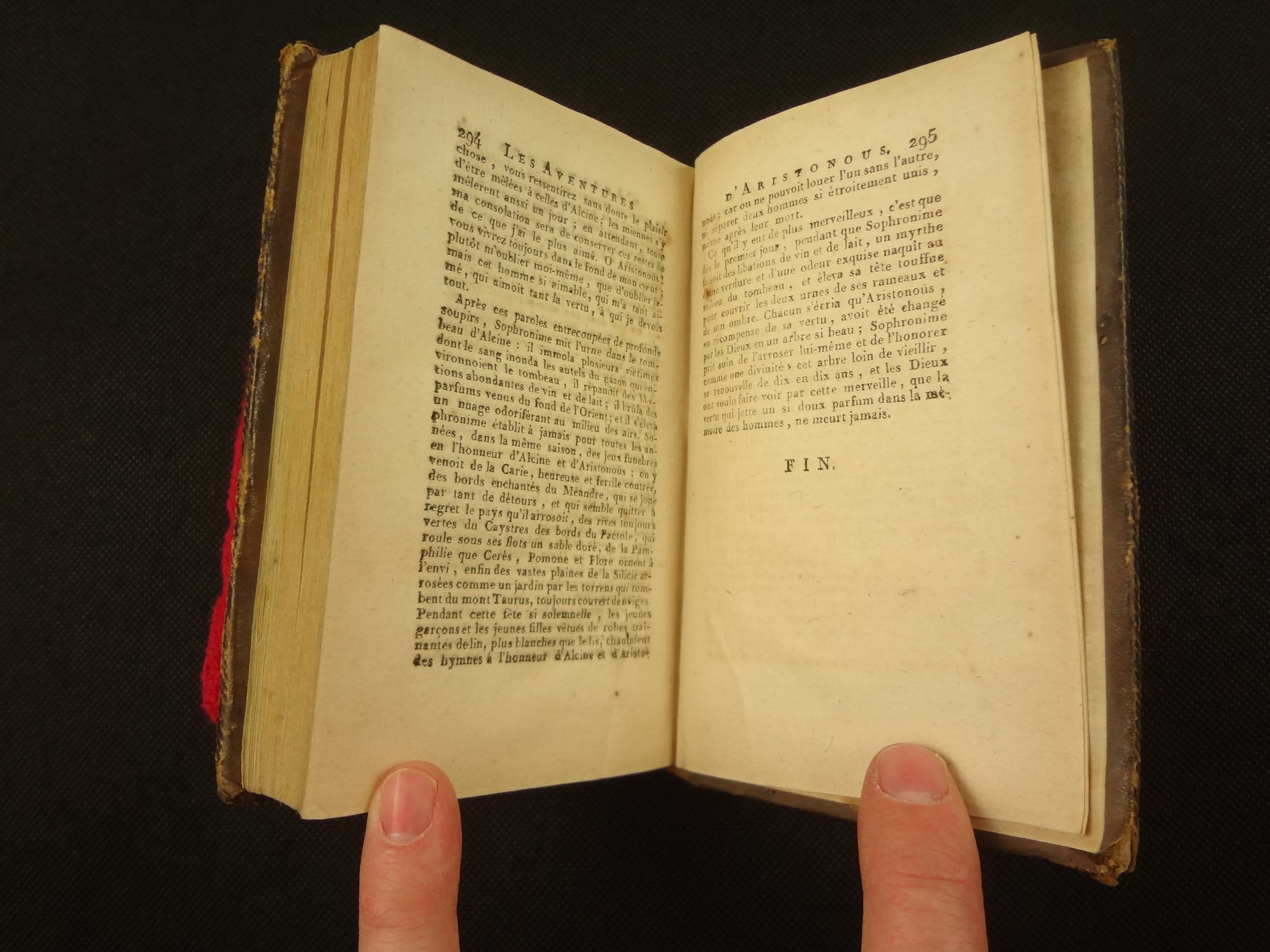 In extreme abbreviation, Fenelon, near the turn of the 18th century, was a tutor to the grandson of Louis XIV and at this time he wrote this novel warning of the evils of society/riches/etc., and proponing for a constitutional monarchy; it was also a thinly veiled critique of the autocratic monarchy of Louis XIV. The novel was wildly successful and throughout the 18th century it helped, in part, to inspire the movement that was to become the French Revolution.

This is an interesting edition of the work, published in 1792, while the French Revolution was nearing completion, but still retains the status quo benevolent dedication to the "Roi". And the publisher declined to claim their work, instead claiming it was printed in "Londres", or London, which is unlikely. It's as though the printer wasn't sure which side was going to win and didn't want to burn any bridges.

As an added treat, this edition also includes Fenelon's Aventures d'Aristonous, at the end of the third volume.

Each vol. measures approx. 13.5 x 8.5 x 2 cm.. Mottled calf bindings with gilt decoration to the spines. Spines tooled in six compartments with four compartments having a central floret in gilt, one having the volume number in gilt, and one having the title in gilt on a light brown morocco overlay.

No frontis or 1/2 titles, they begin directly with their associated title pages.

Volumes 1-3, complete, with Telemaque ending in Volume three, and the volume being concluded by Aristonous. Telemaque in "xxiv livre".

See pictures. Bindings with wear to edges and corners, with some rubbing and slight sunning to spines. Silk ribbons expired from top endbands. Some dust along text block edges. Pen inscription on first flyleaf dated "1966", small pen mark on pastedown, and name on verso of flyleaf, "Therese Thun" (this name in all volumes. Imprint of a library on flyleaf and title page, all volumes. Some toning to pages. Occasional thumb, fox spot, and dog-eared pages. Black ink spot at top margin of V1 173-174. For-edge margin chip V1 131/132, 1 cm..