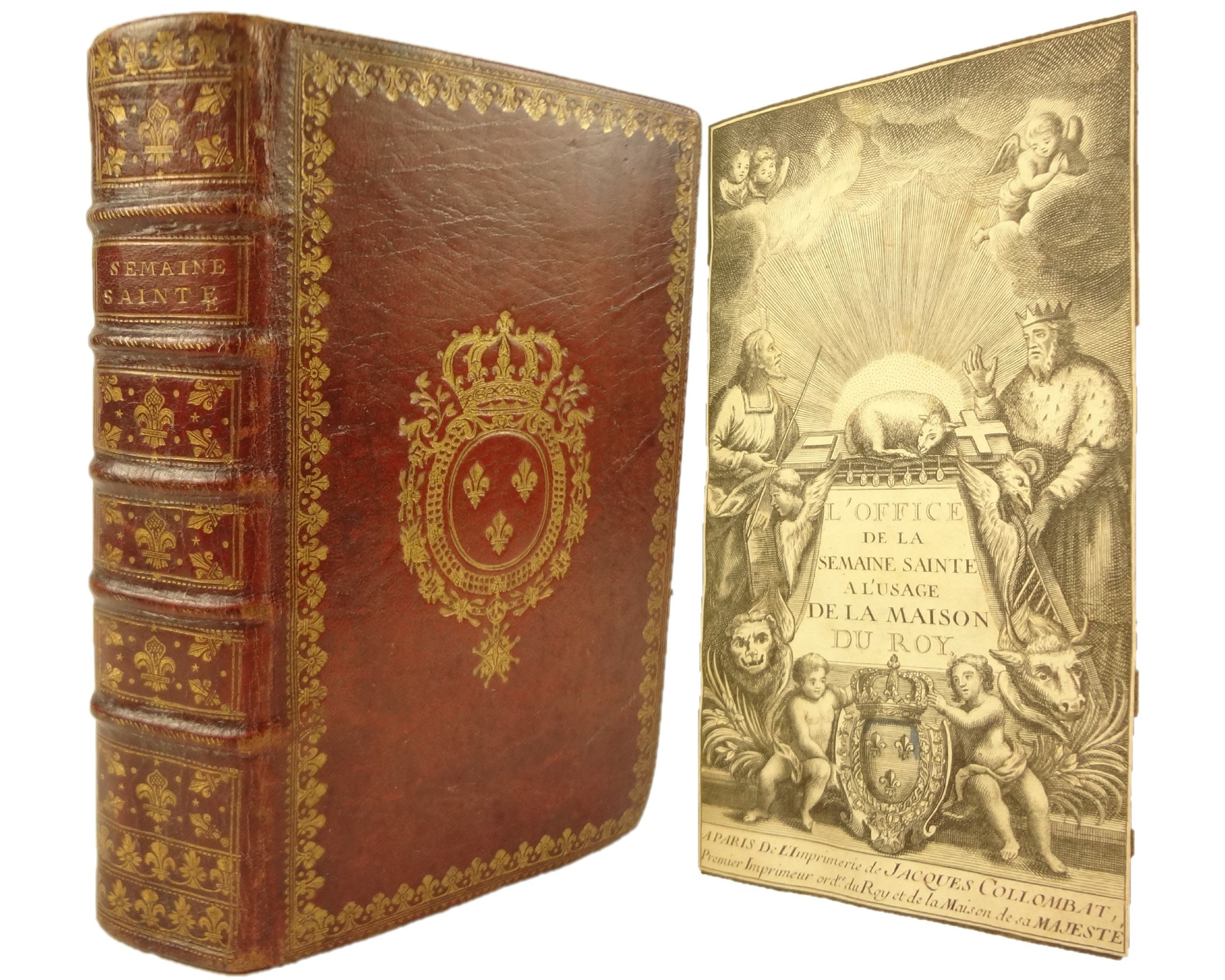 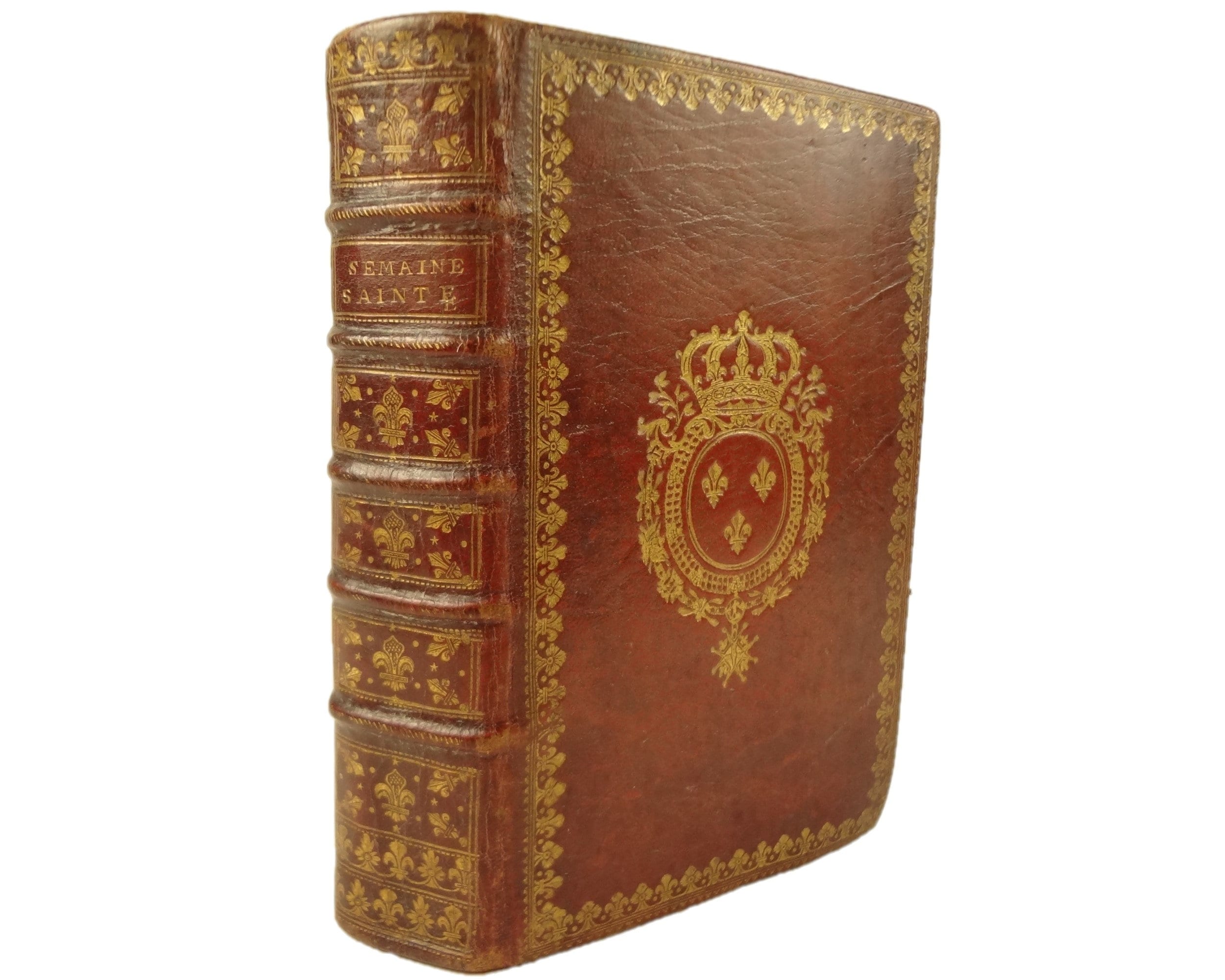 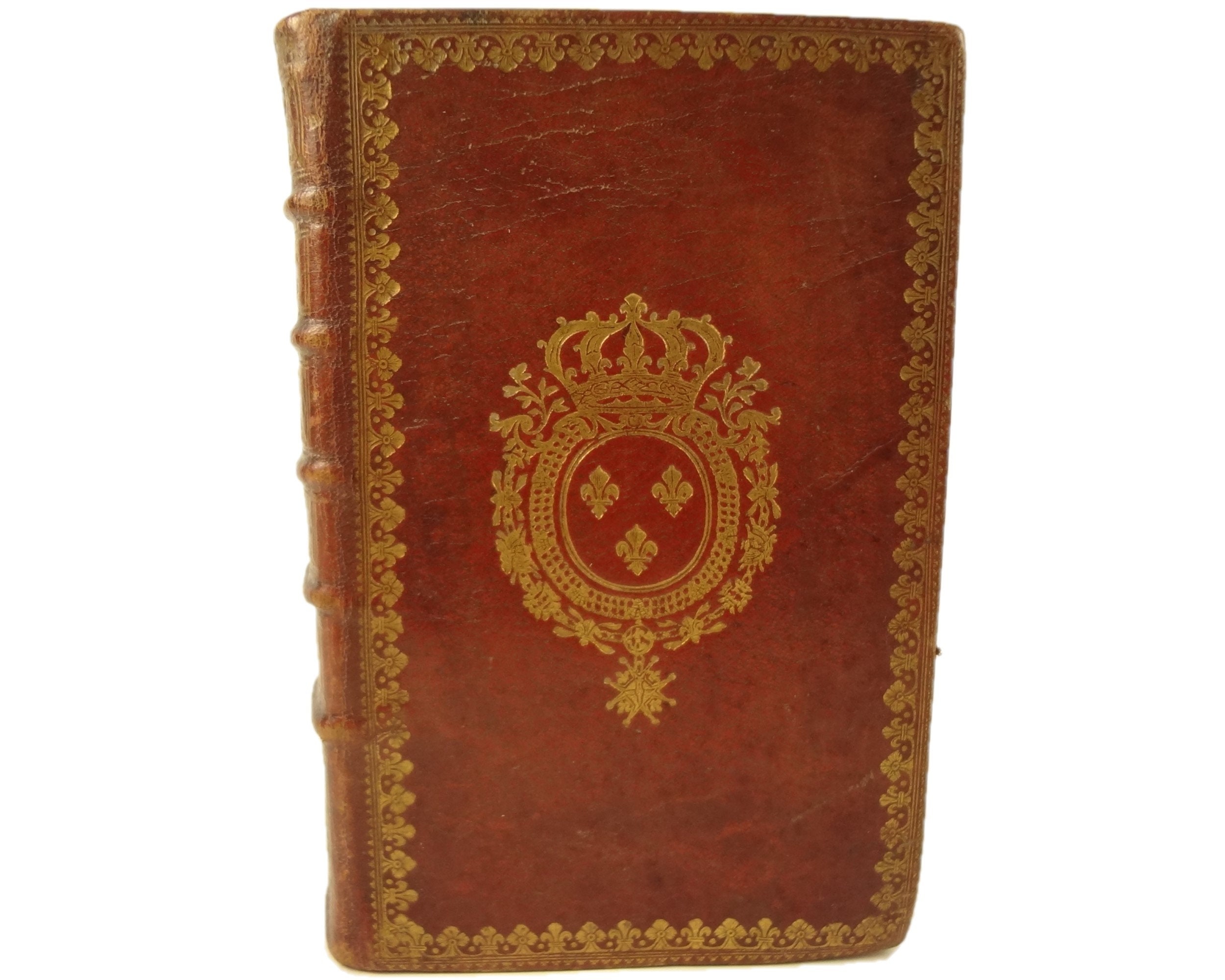 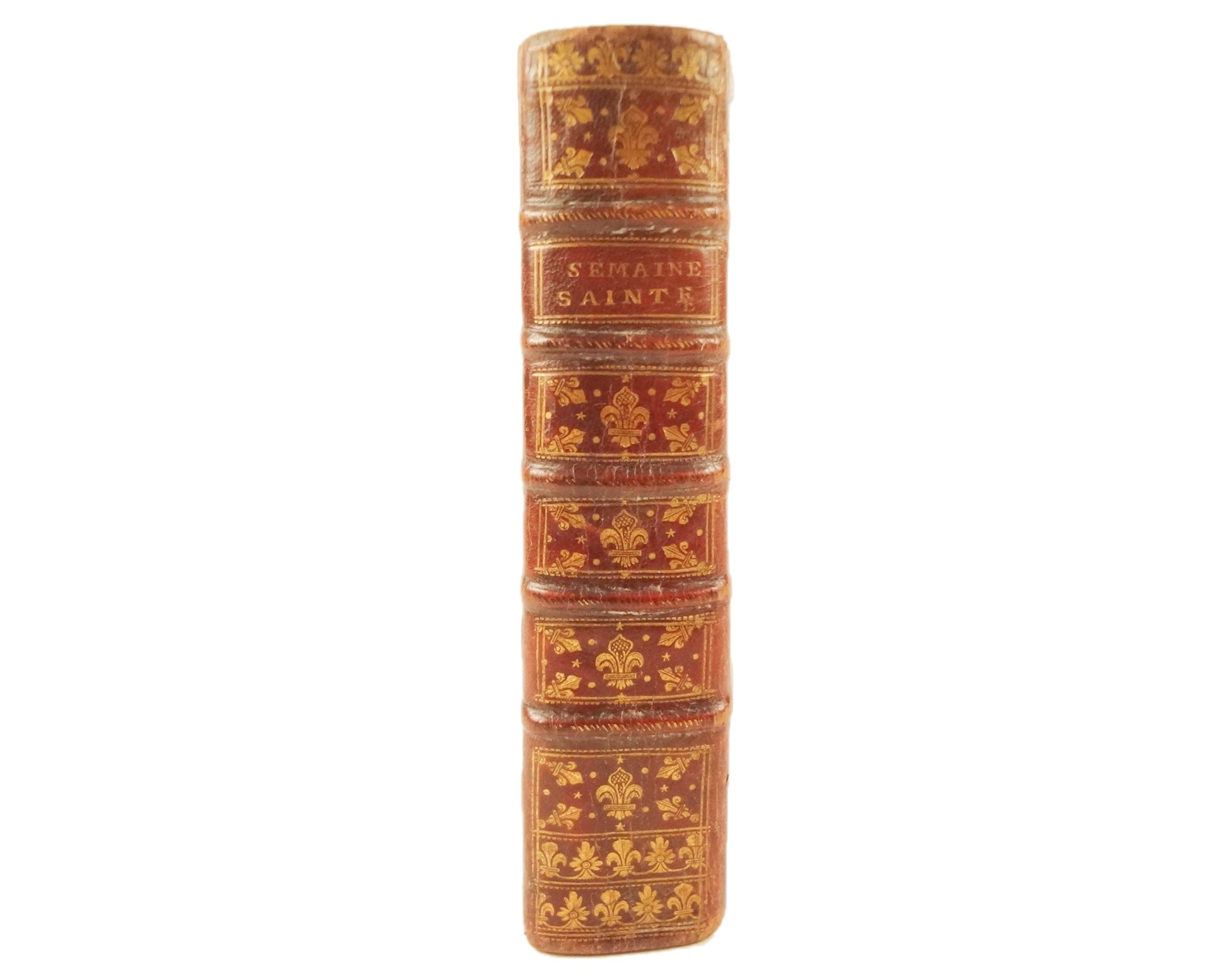 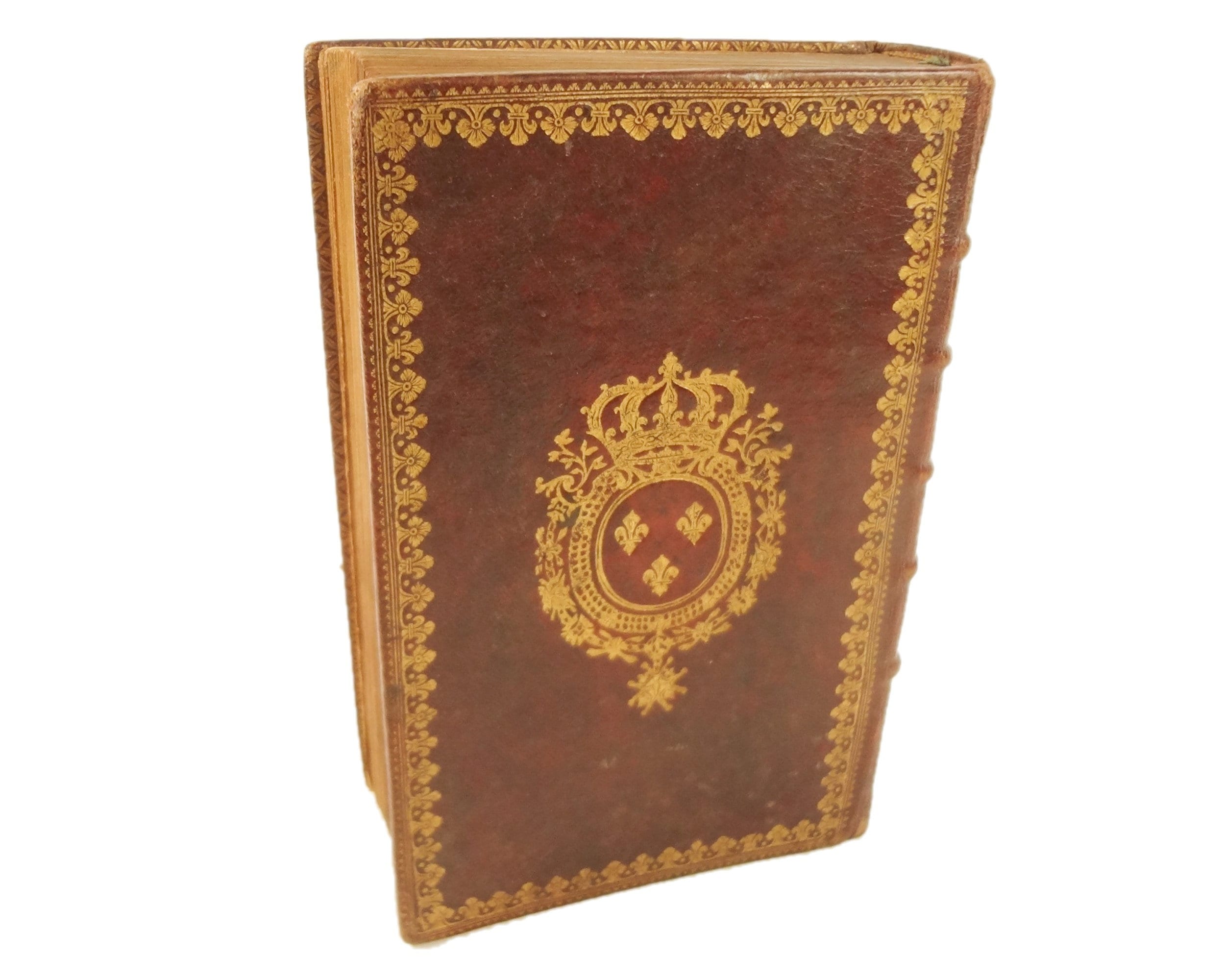 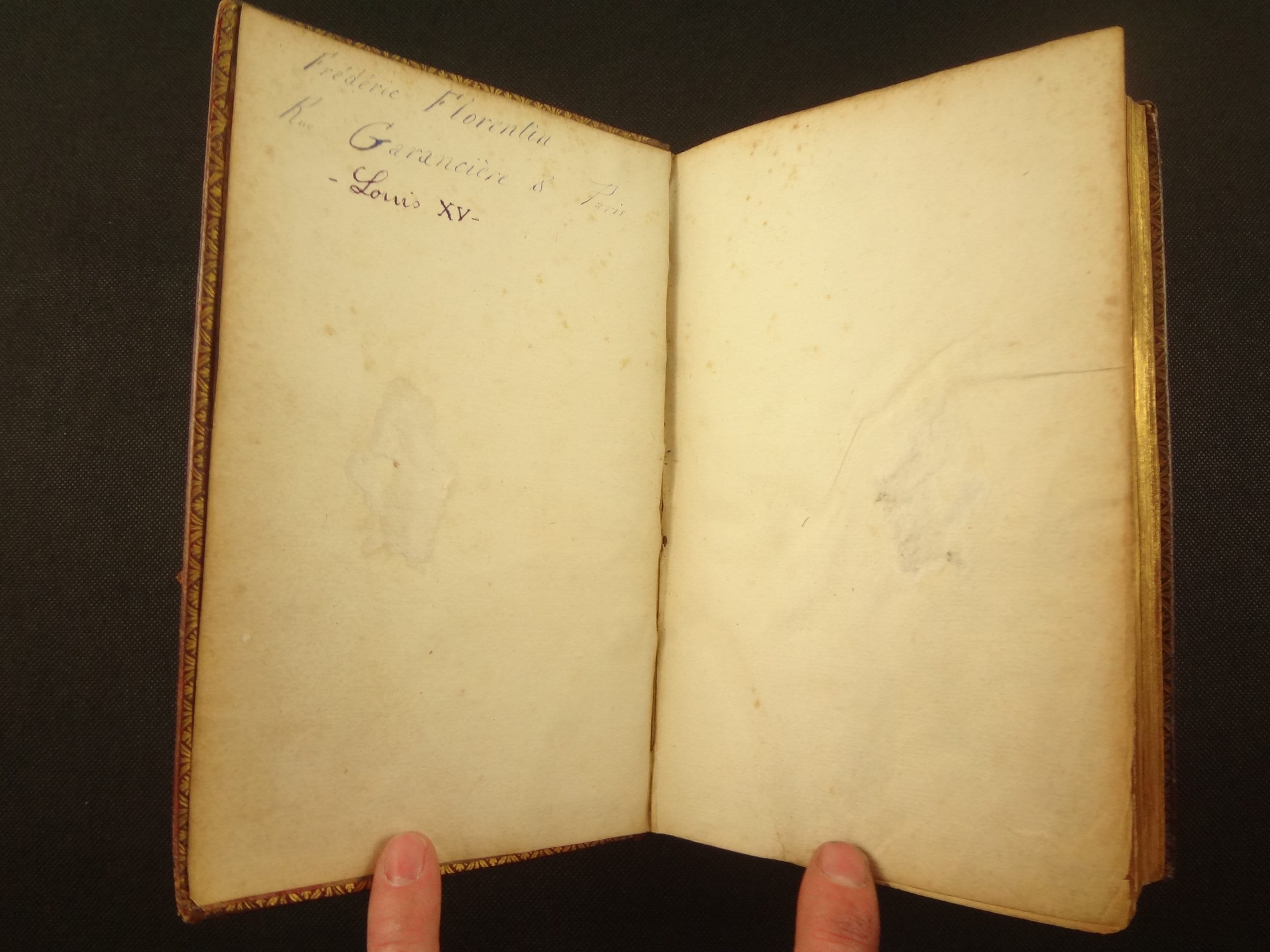 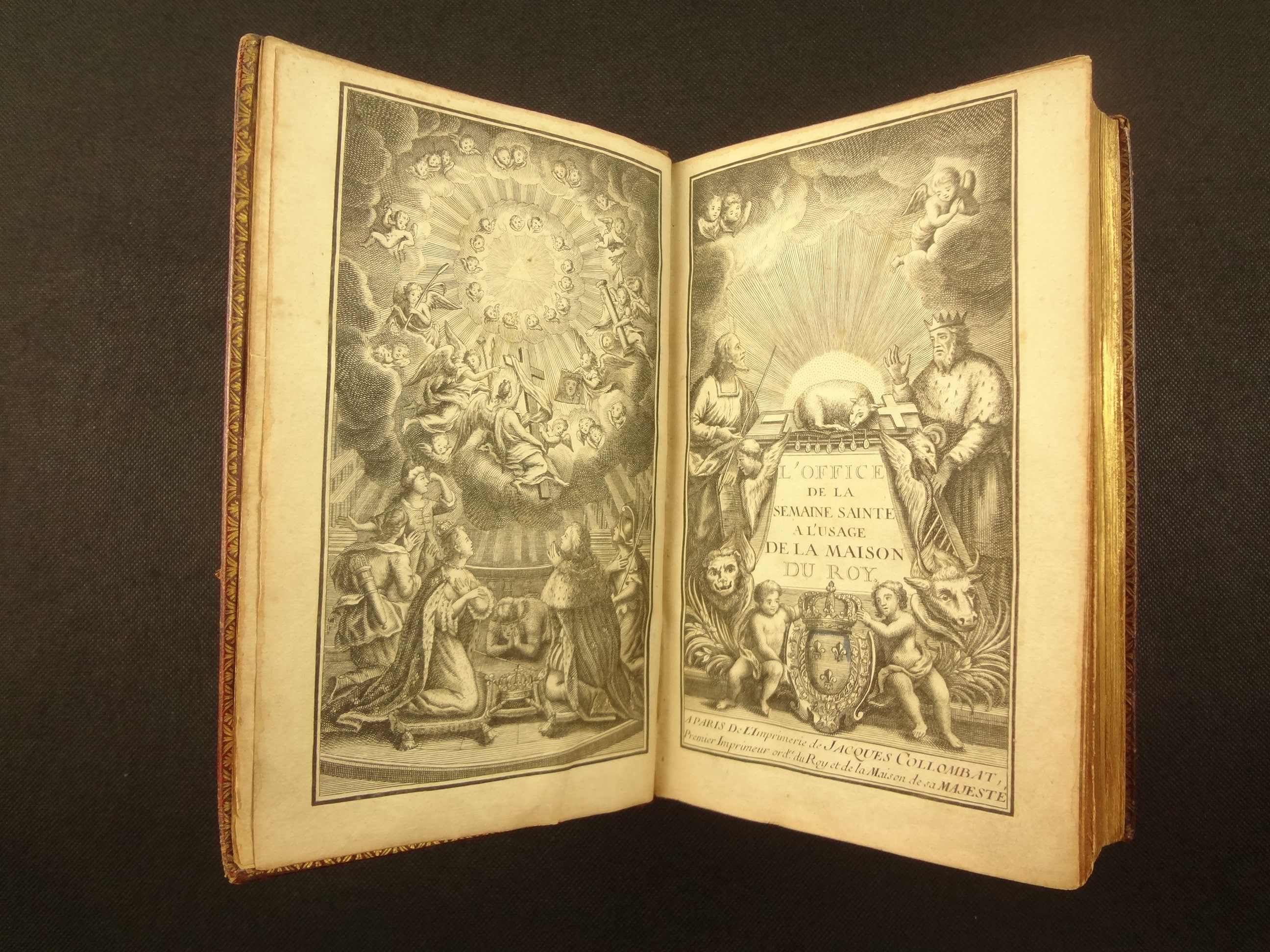 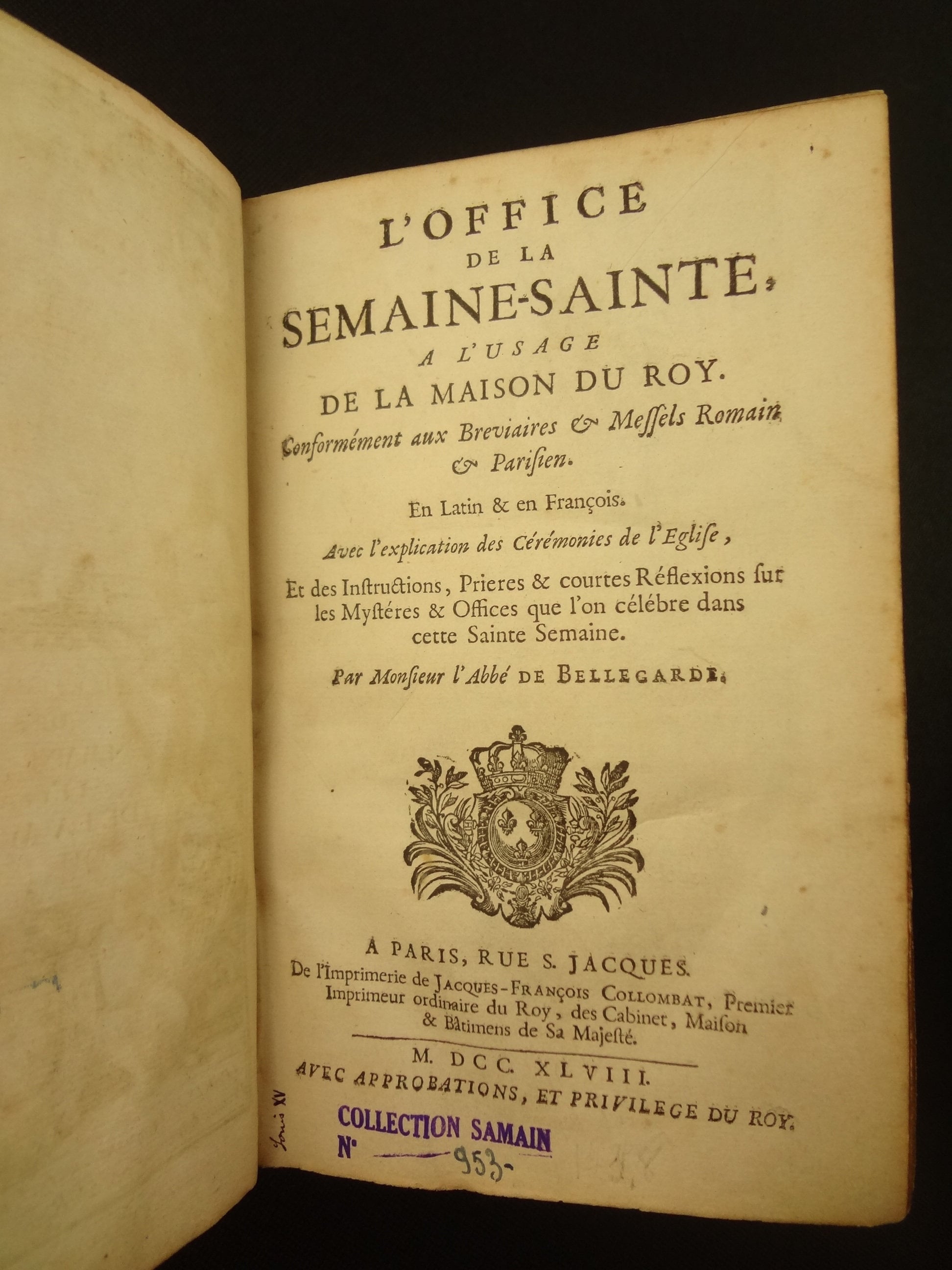 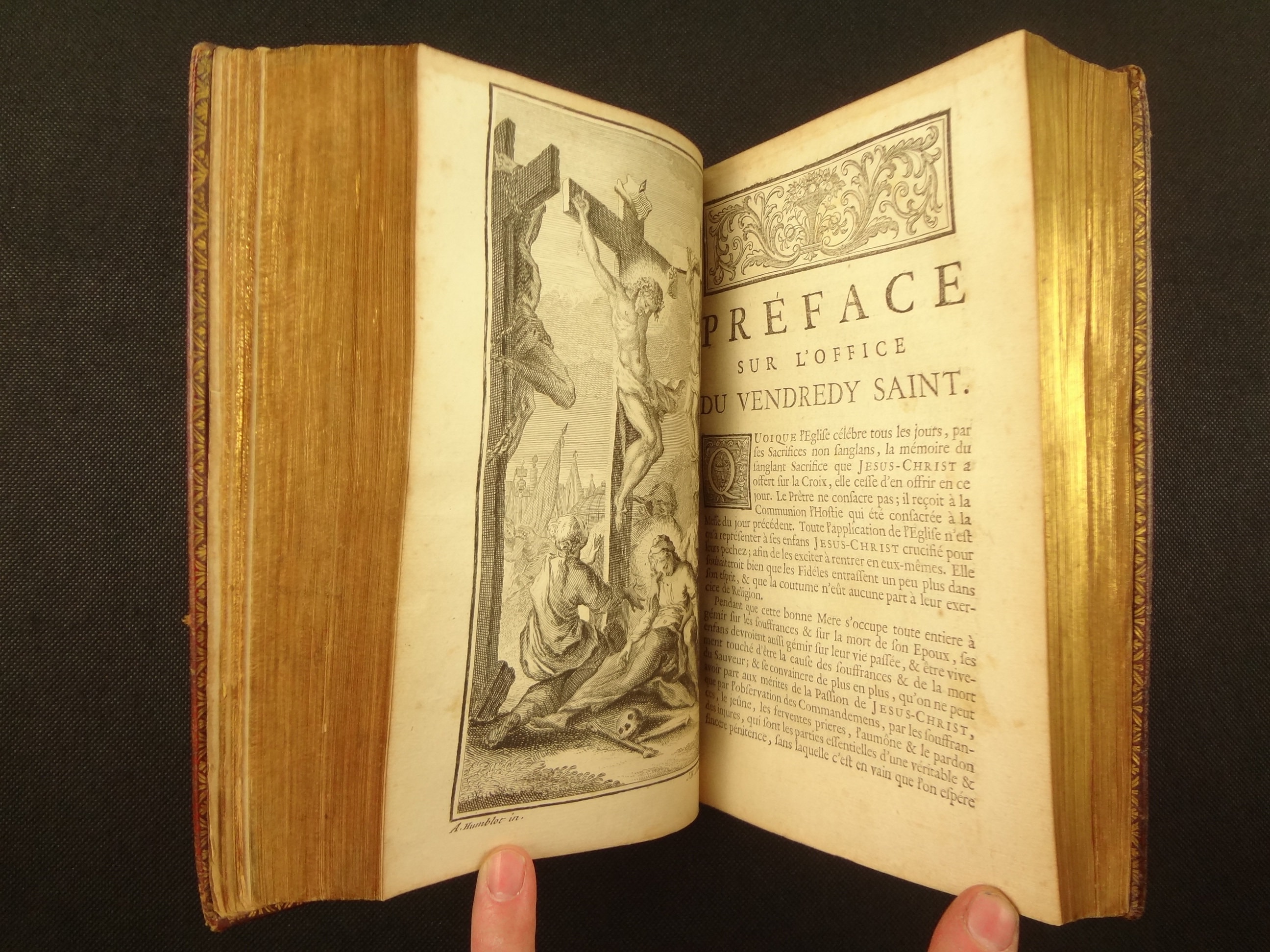 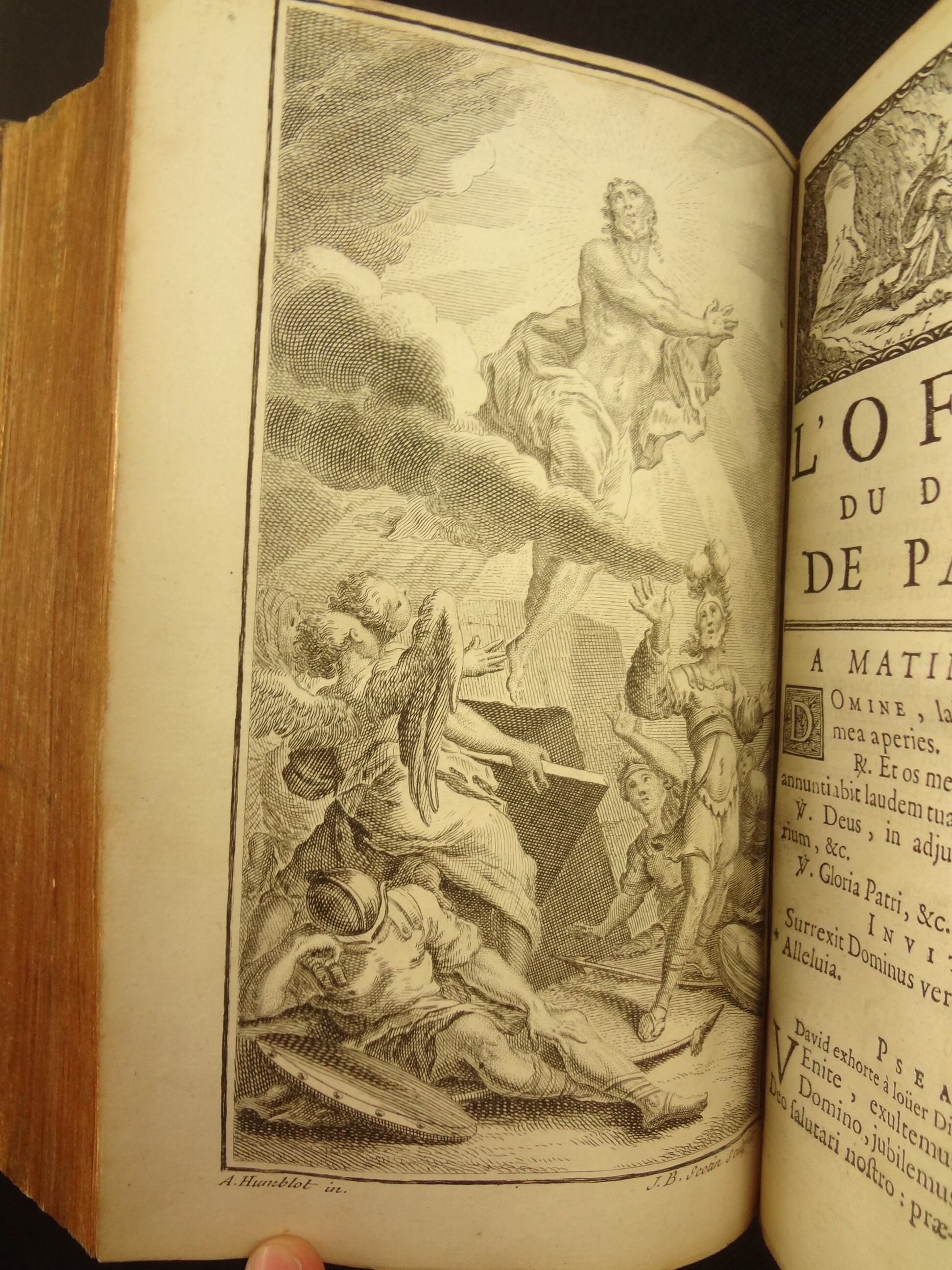 Beautiful gilt tooling, with the arms of King Louis XV, decorate this 1748 L'Office de la Semaine Saint, a l'usage de la Maison du Roy (for the use of the King's household), printed by Jacques Collombat, printer to the King.

This delightful prayer book is a devotional for Holy Week, and was immensely popular in France during the 18th century. This is a particularly fine example, with a beautiful royal binding, illustrations by the French artist Antoine Humblot (six, full-page), and on handsome laid paper. Also, there are typographical devices, like headpieces, and tailpieces that add well to the overall work.

Two frontis engravings after Humblot, with one showing the King and Queen in prayer.

Four other full-page engravings as section titles, after Humblot.

Old ownership name/address, and "Louis XV" on back (verso) of flyleaf and paper of blank endpaper stuck to flyleaf, causing light surface damage to the two when separated (looks like ex libris removal). The shield, on the second privilege page, has a tiny bit of blue coloring. "Louis XV" and library stamp at bottom of title page, in margin. Bottom corner of 39 missing, almost touches text. Pages 35-46 just slightly proud at fore-edge bottom. Fox/rust spots light but consistent. Occasional leaf more toned than others. Also, occasional thumb, more towards front. Despite notes, a very handsome and attractive book.