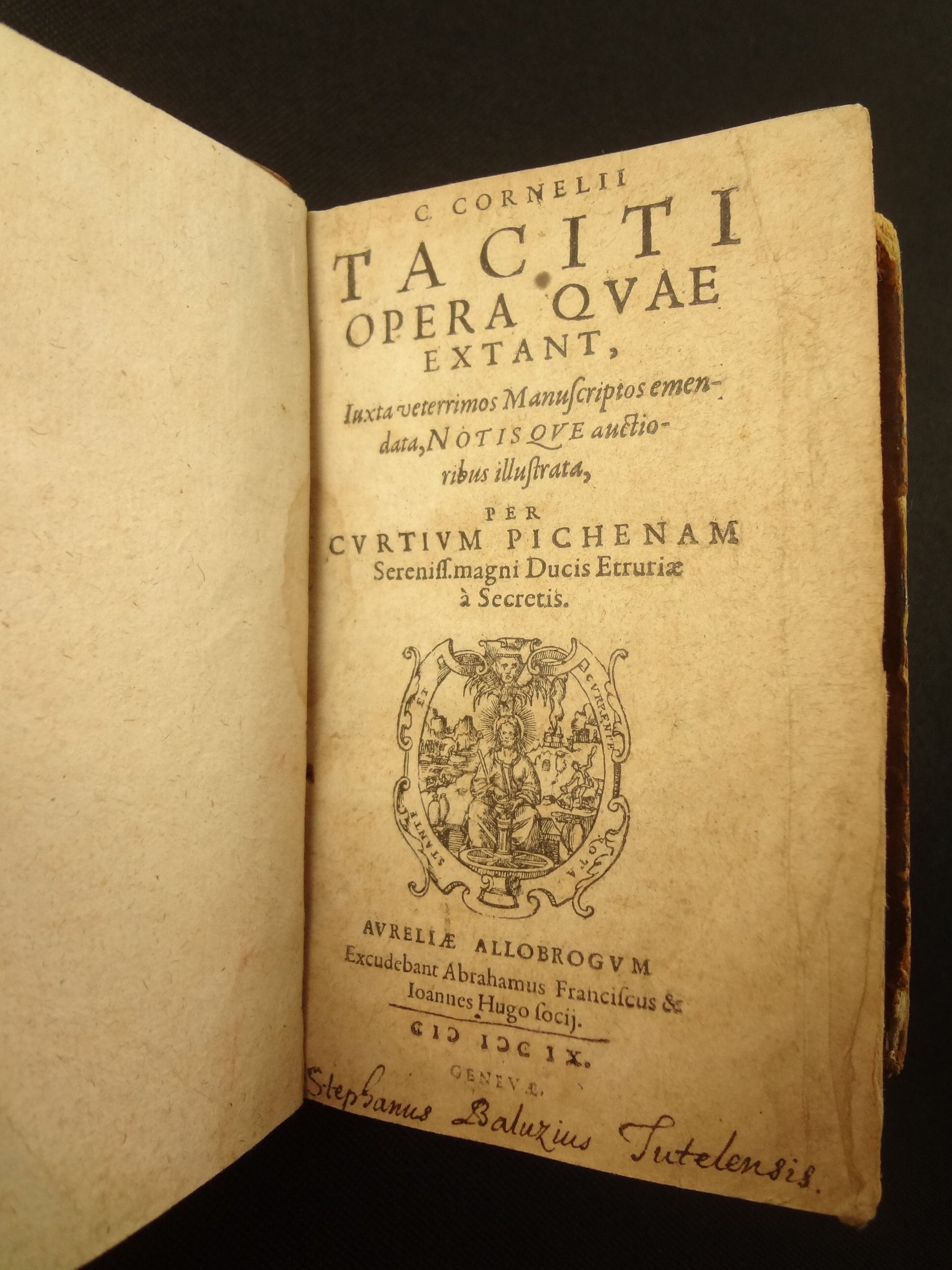 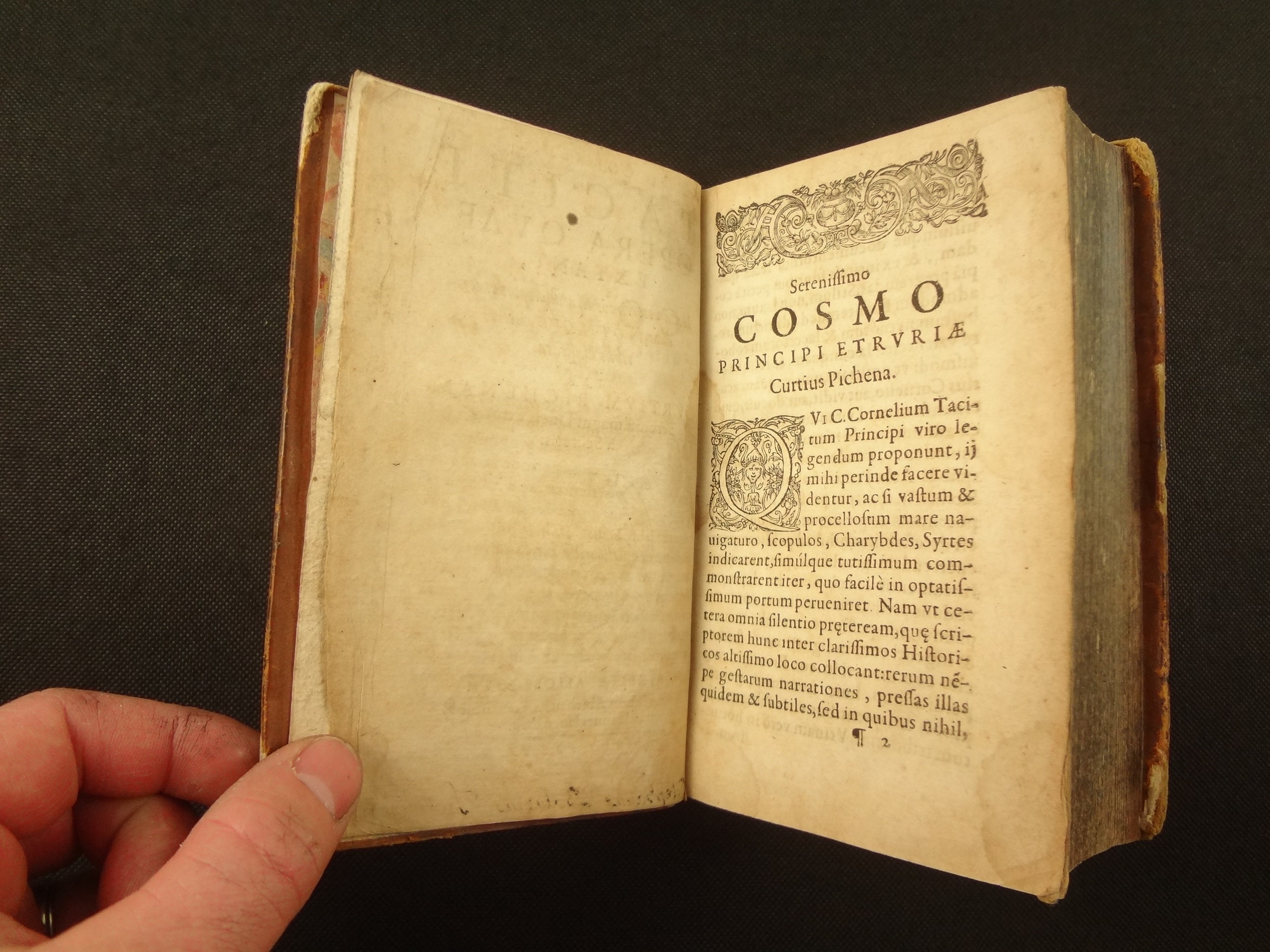 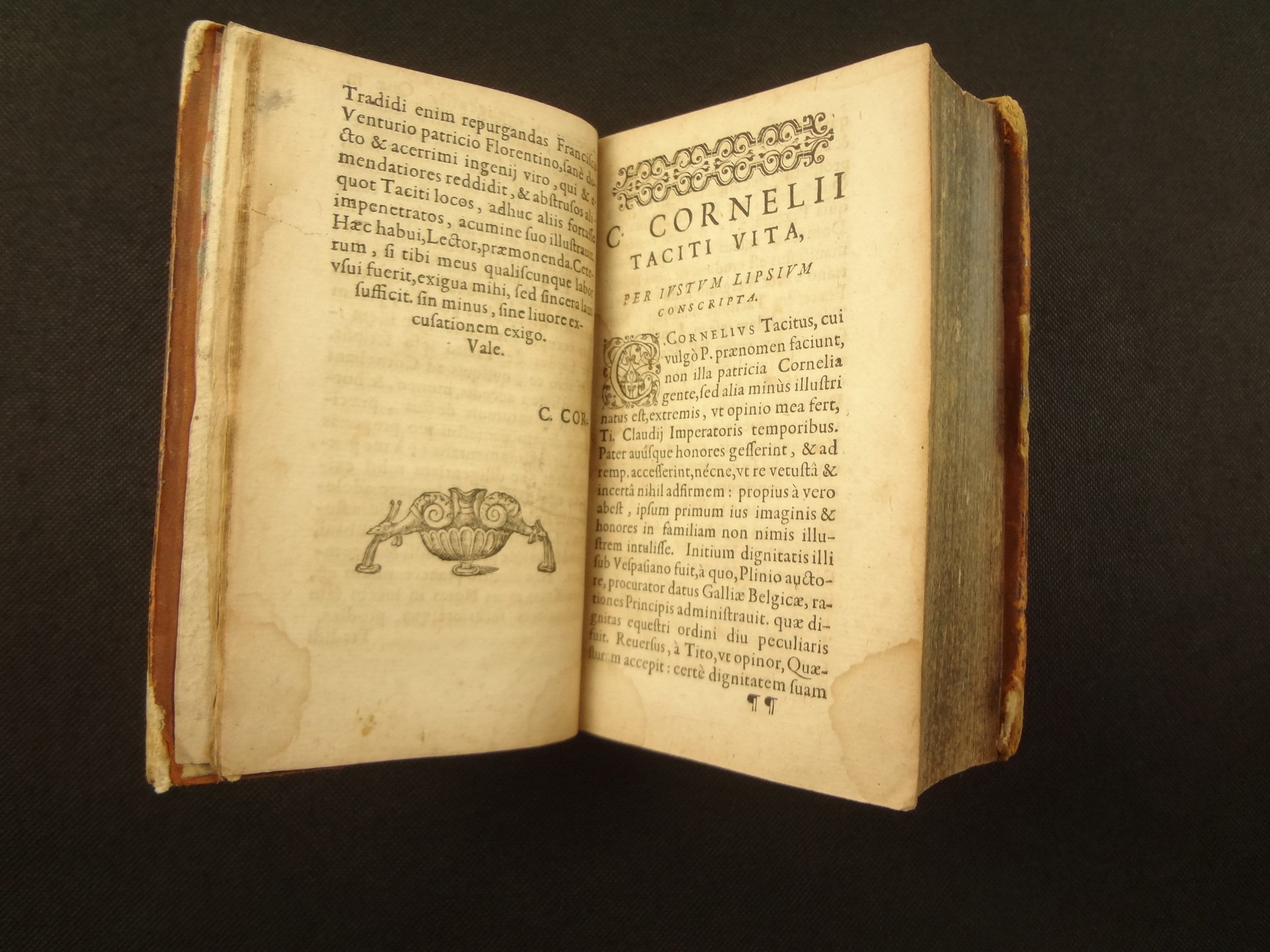 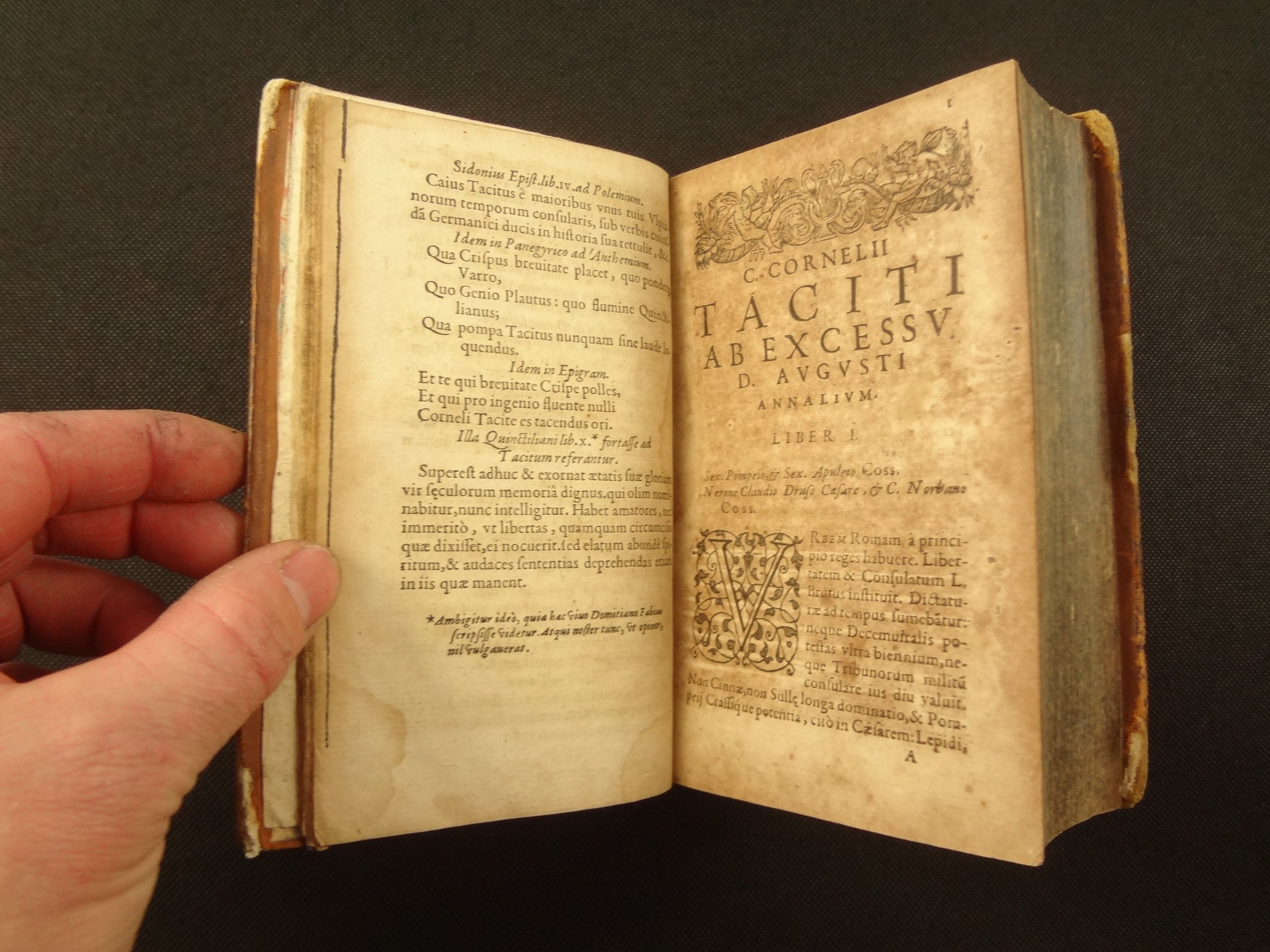 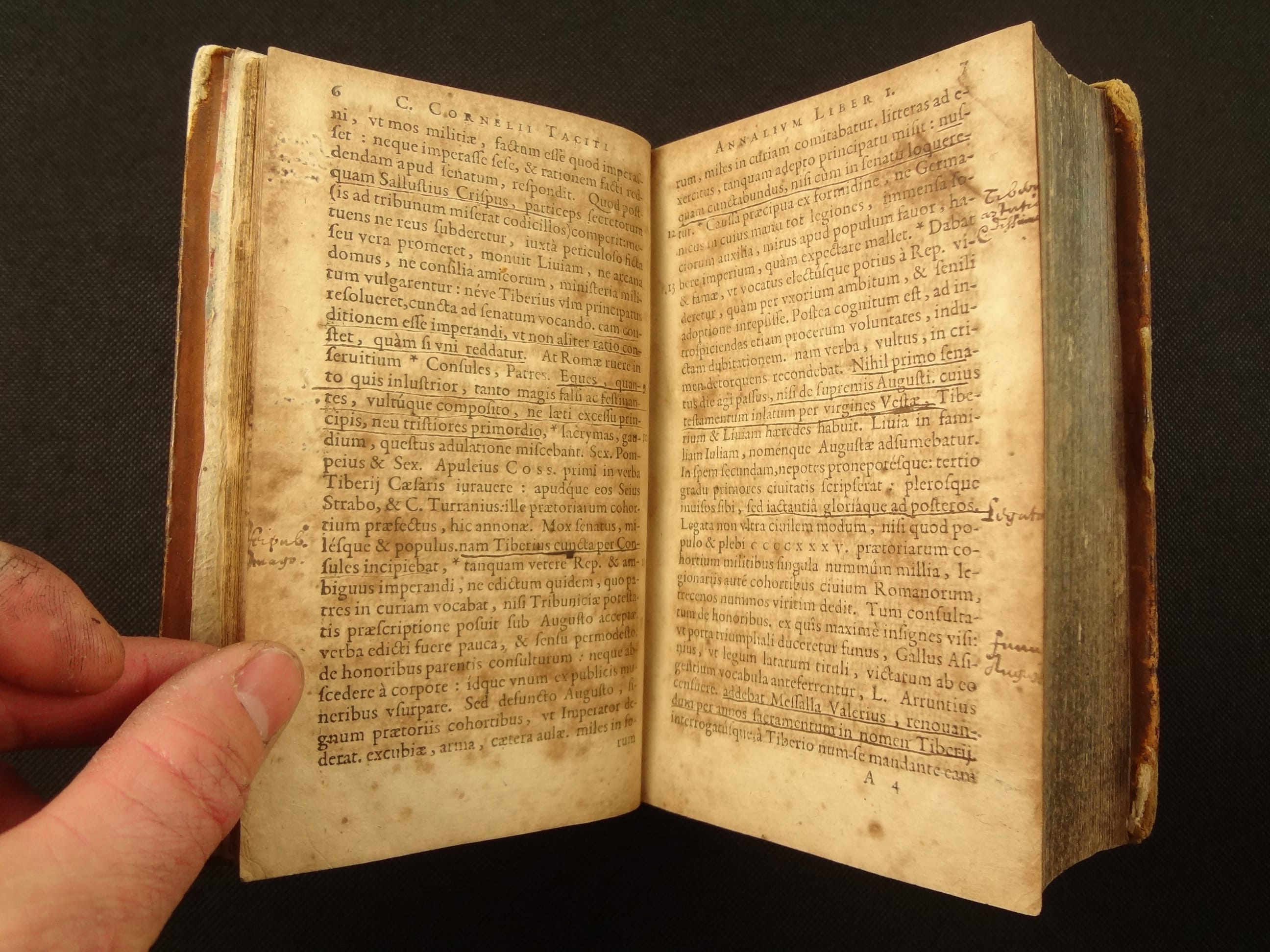 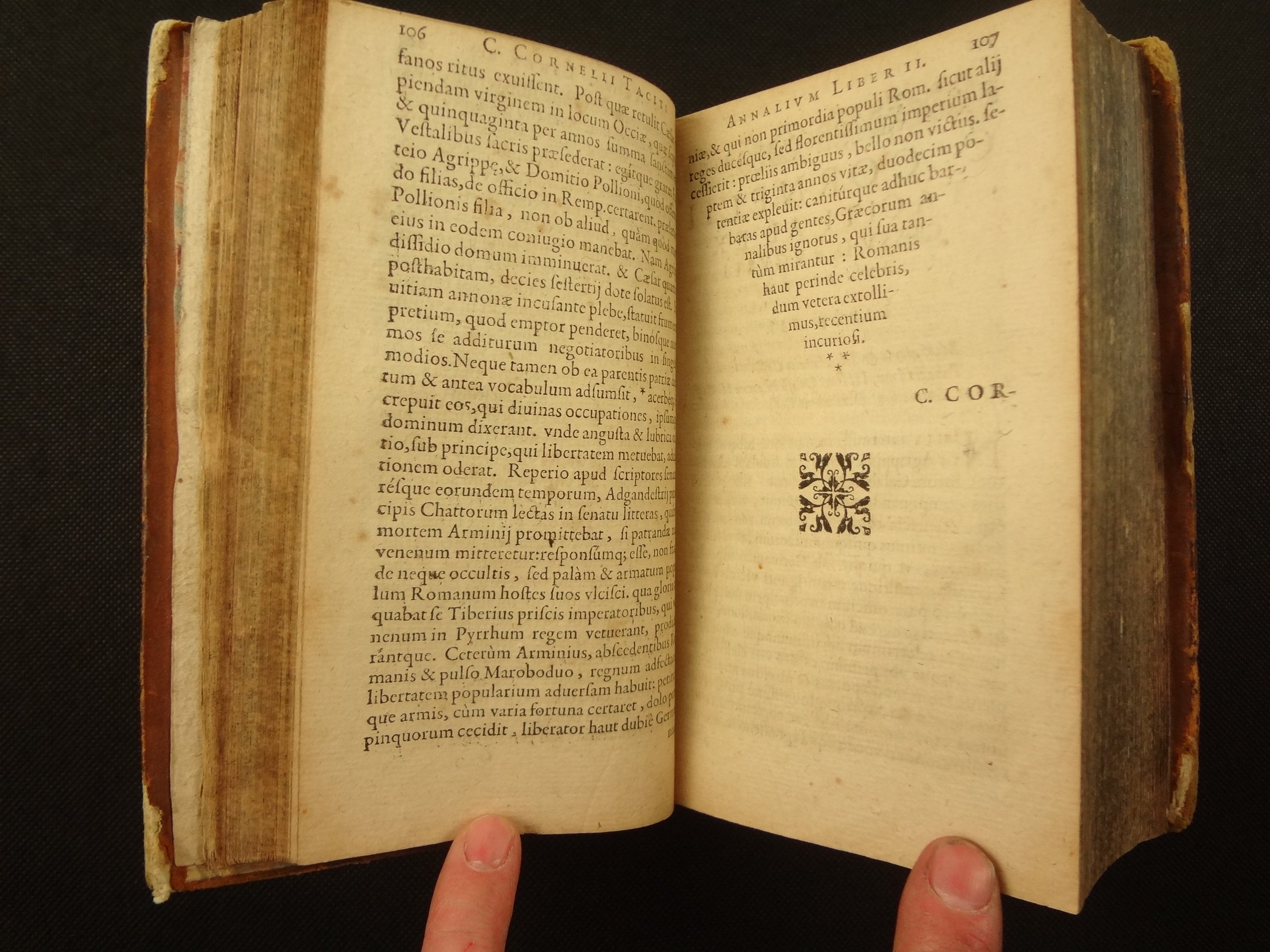 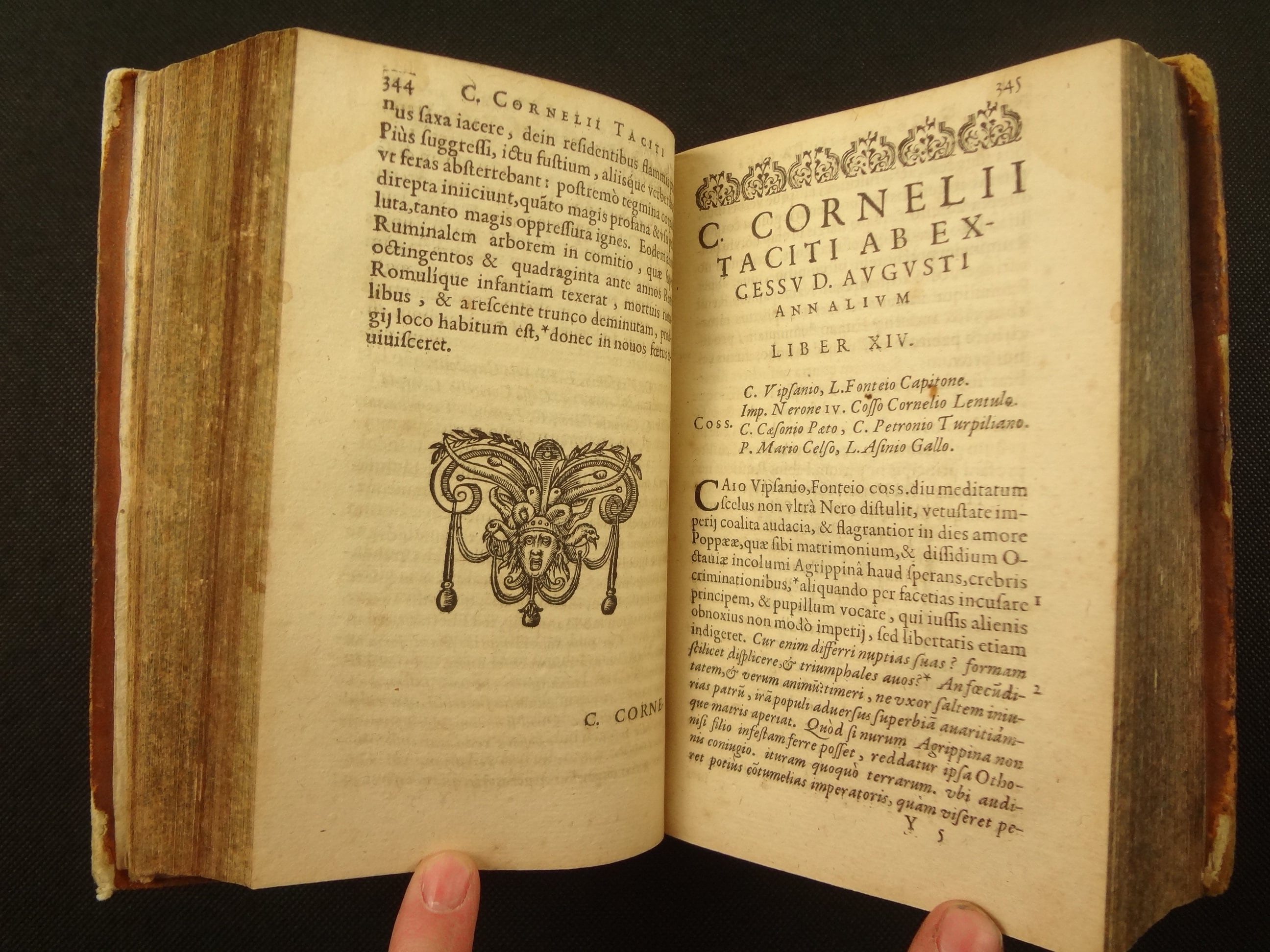 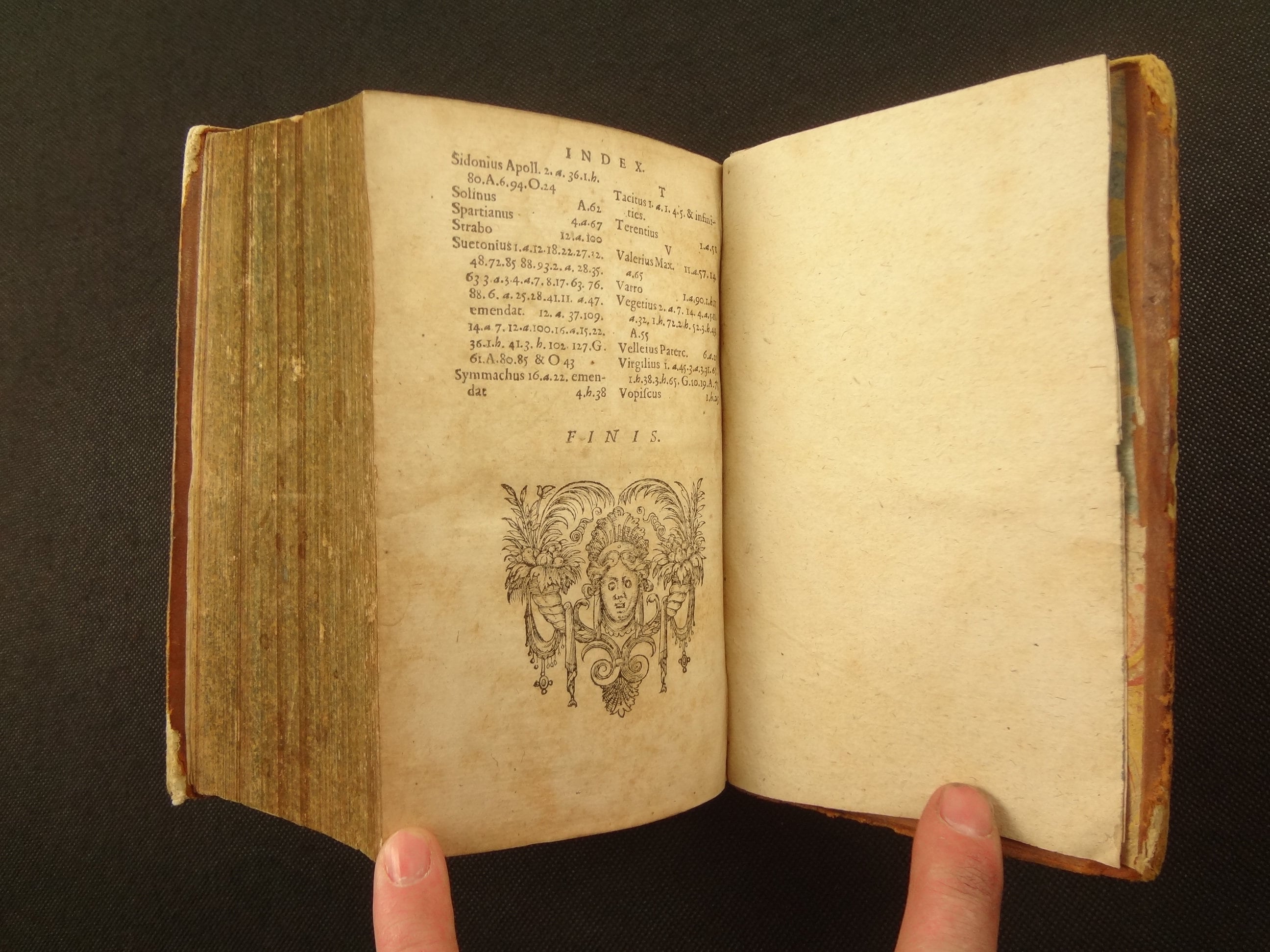 Publius (or Gaius) Cornelius Tacitus (c. AD 56 – c. 120) was a Roman historian and politician. Tacitus is widely regarded as one of the greatest Roman historians by modern scholars. He lived in what has been called the Silver Age of Latin literature, and has a reputation for the brevity and compactness of his Latin prose, as well as for his penetrating insights into the psychology of power politics.

Curzio Picchena was an Italian politician, scholar and diplomat to the Medici. He maintained a friendship with Galileo, even travelling with him in 1615/1616. The dedication of this work is to Cosimo Medici II.

There are two OCLC numbers recorded for this work, but only one has a physical copy associated with it. OCLC number 459179747 records just one copy in the BNF (Bibliotheque Nationale de France).

See pictures. French mottled calf binding well-worn, with corners exposed, a few worm tracks, joints starting, chips at top and bottom of spine, board rubs, etc.. Paper toned and foxed throughout. Occasionally the toning/foxing is significant (at front, a section mid-book, etc.). A moisture mark at gutter at front. Several moisture spots along fore-edge. First book with much annotation and underlining (through page 55); also, book 1 of the Histories, pages 450 to 463. With a last quire of 7, presumably a blank, or colophon lacking at the rear.