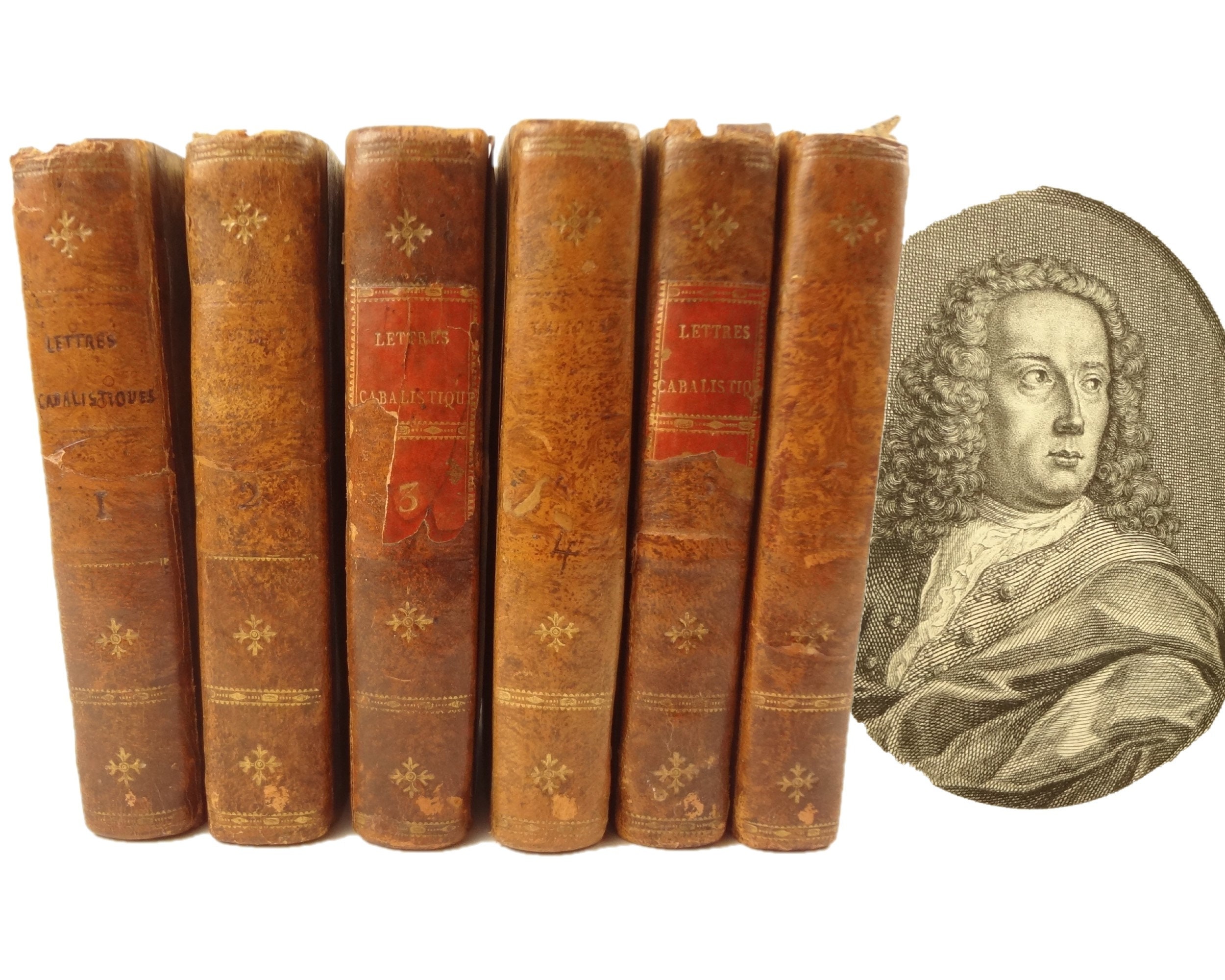 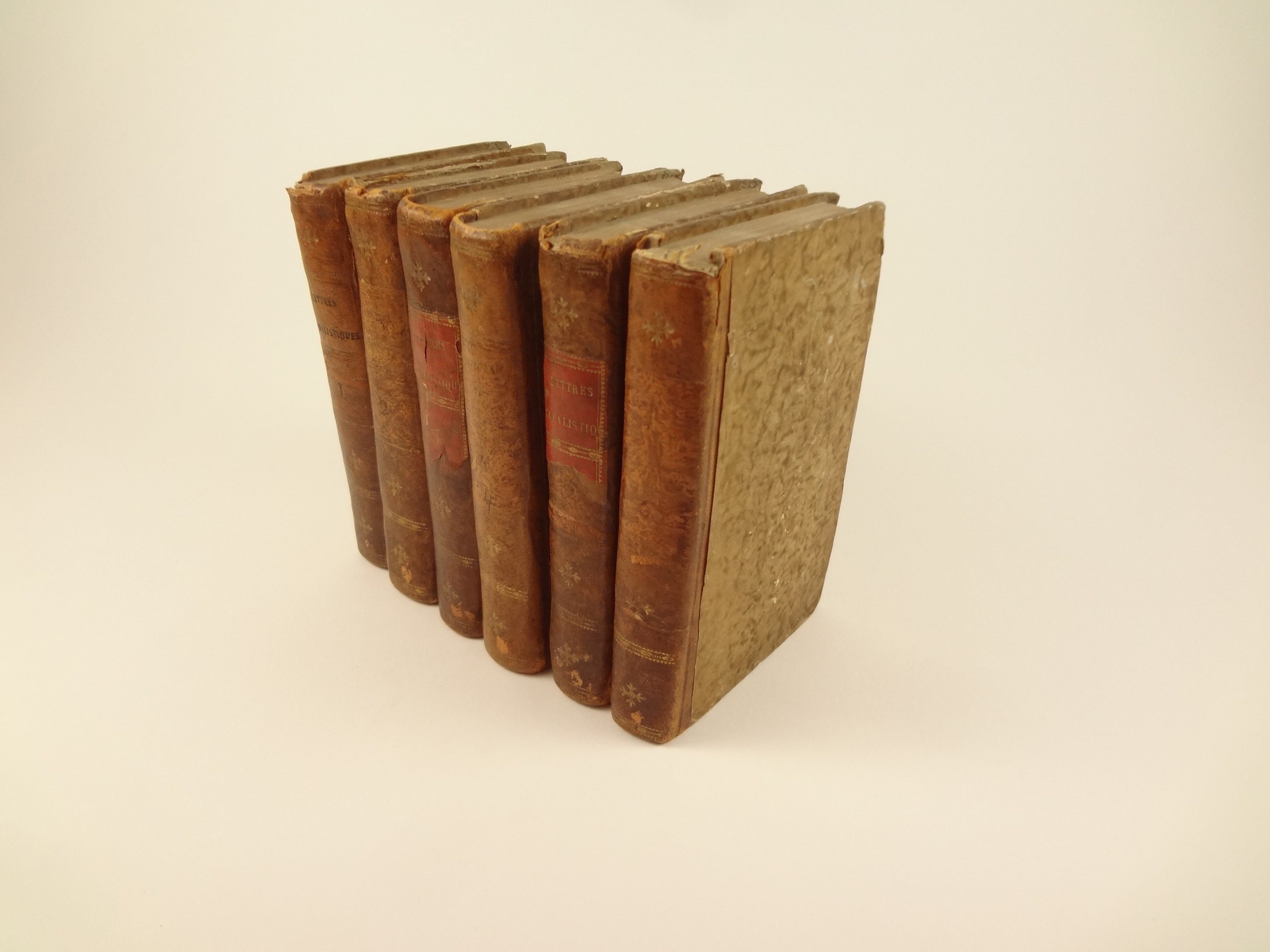 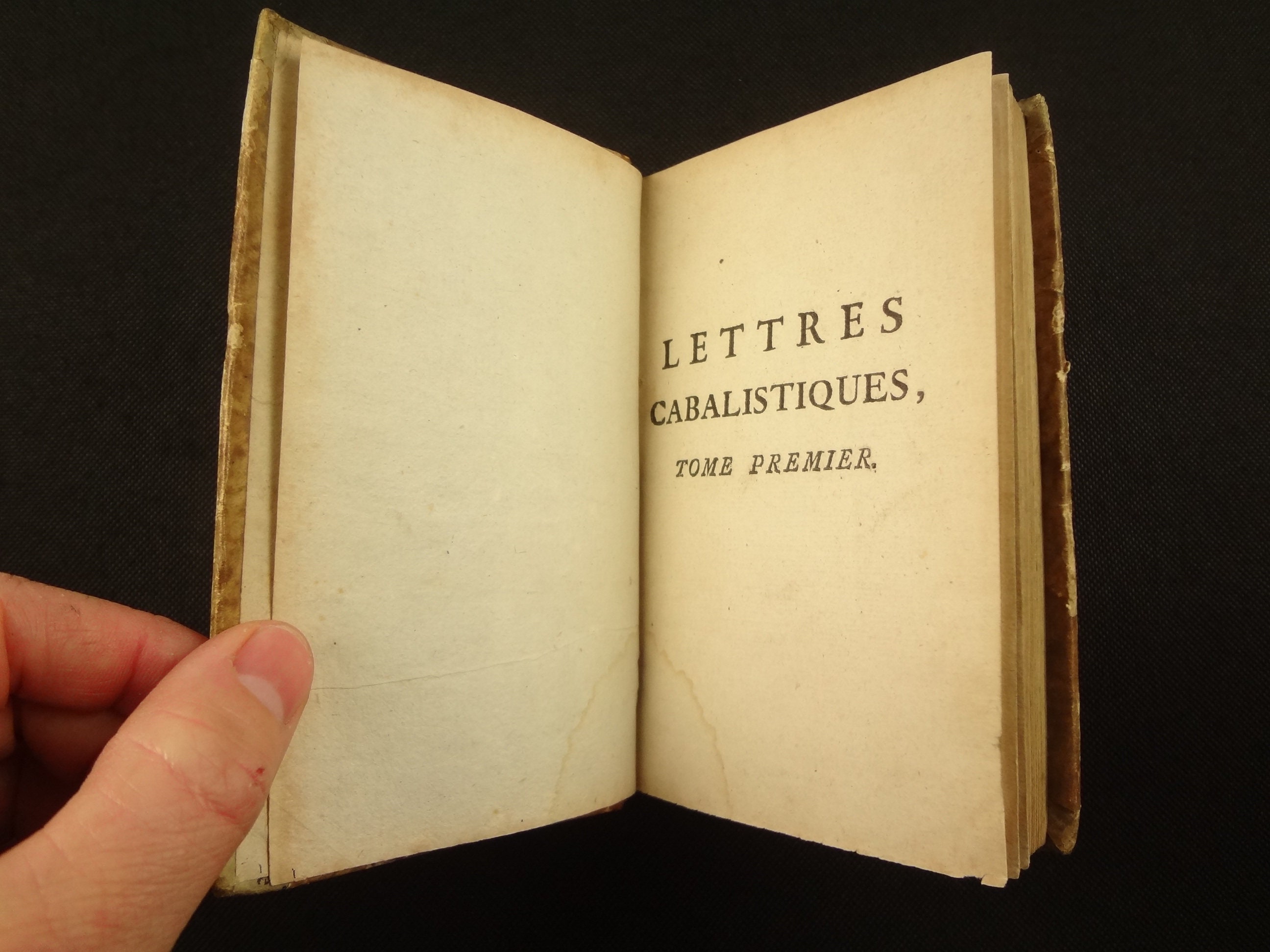 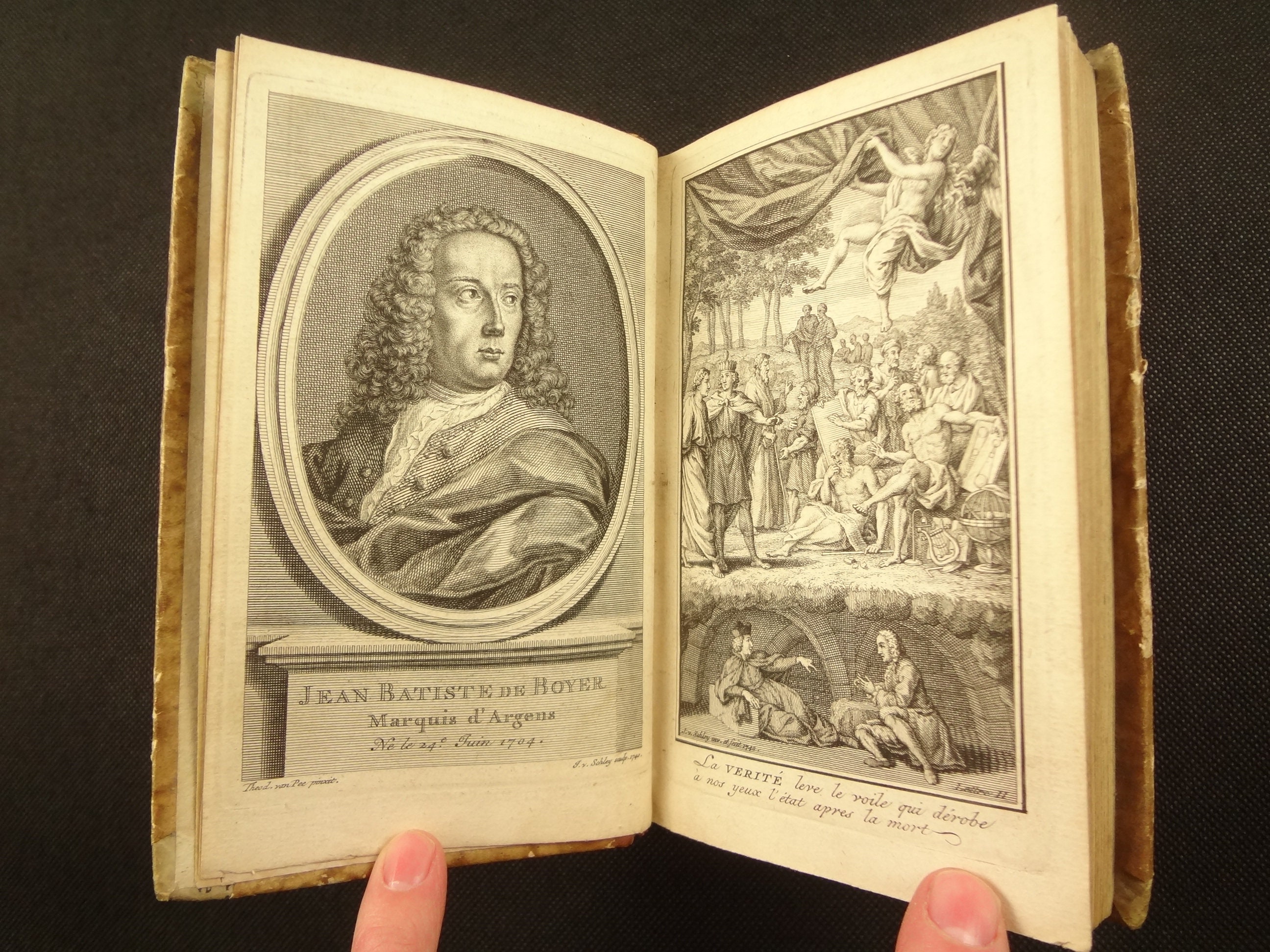 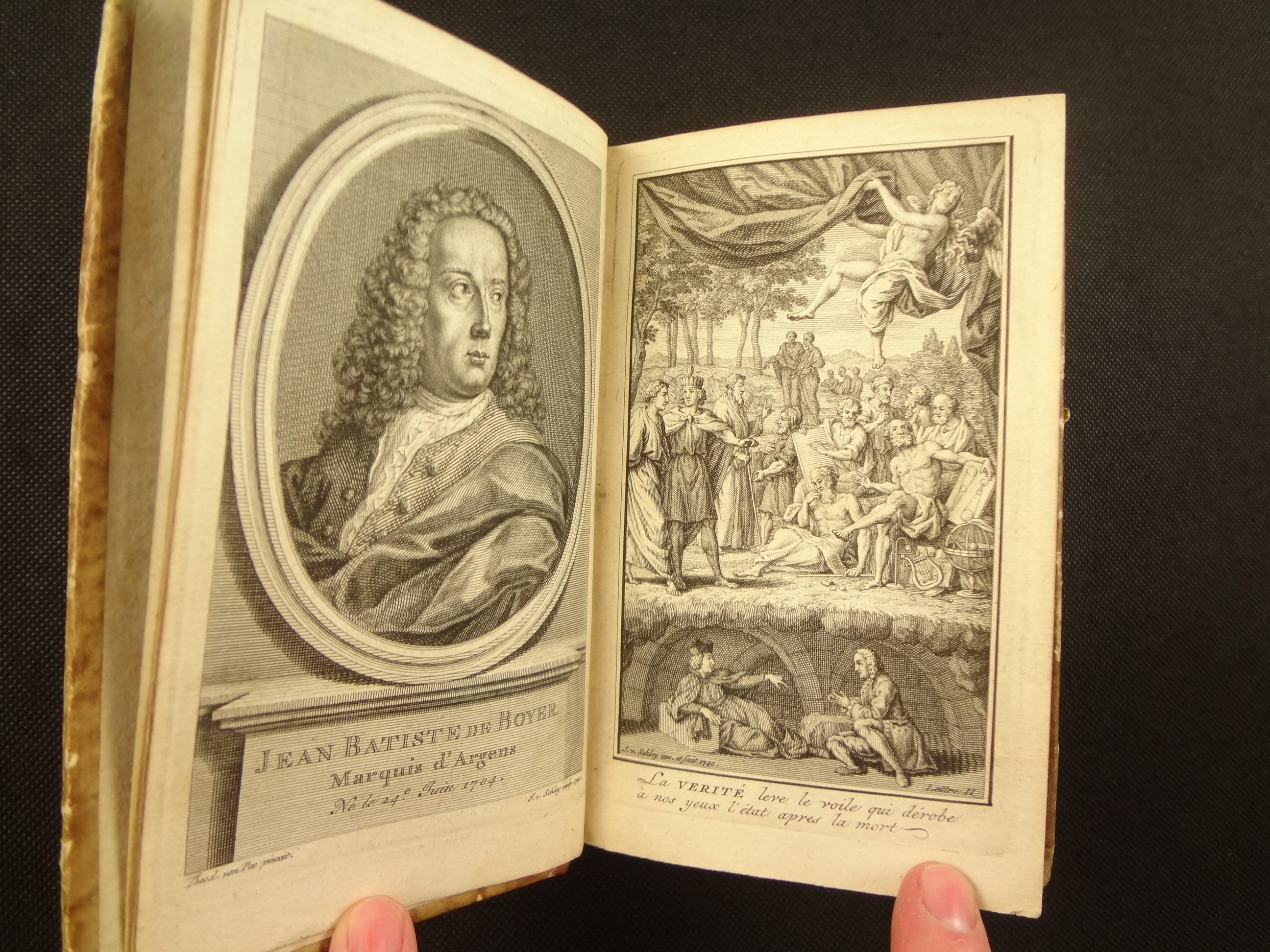 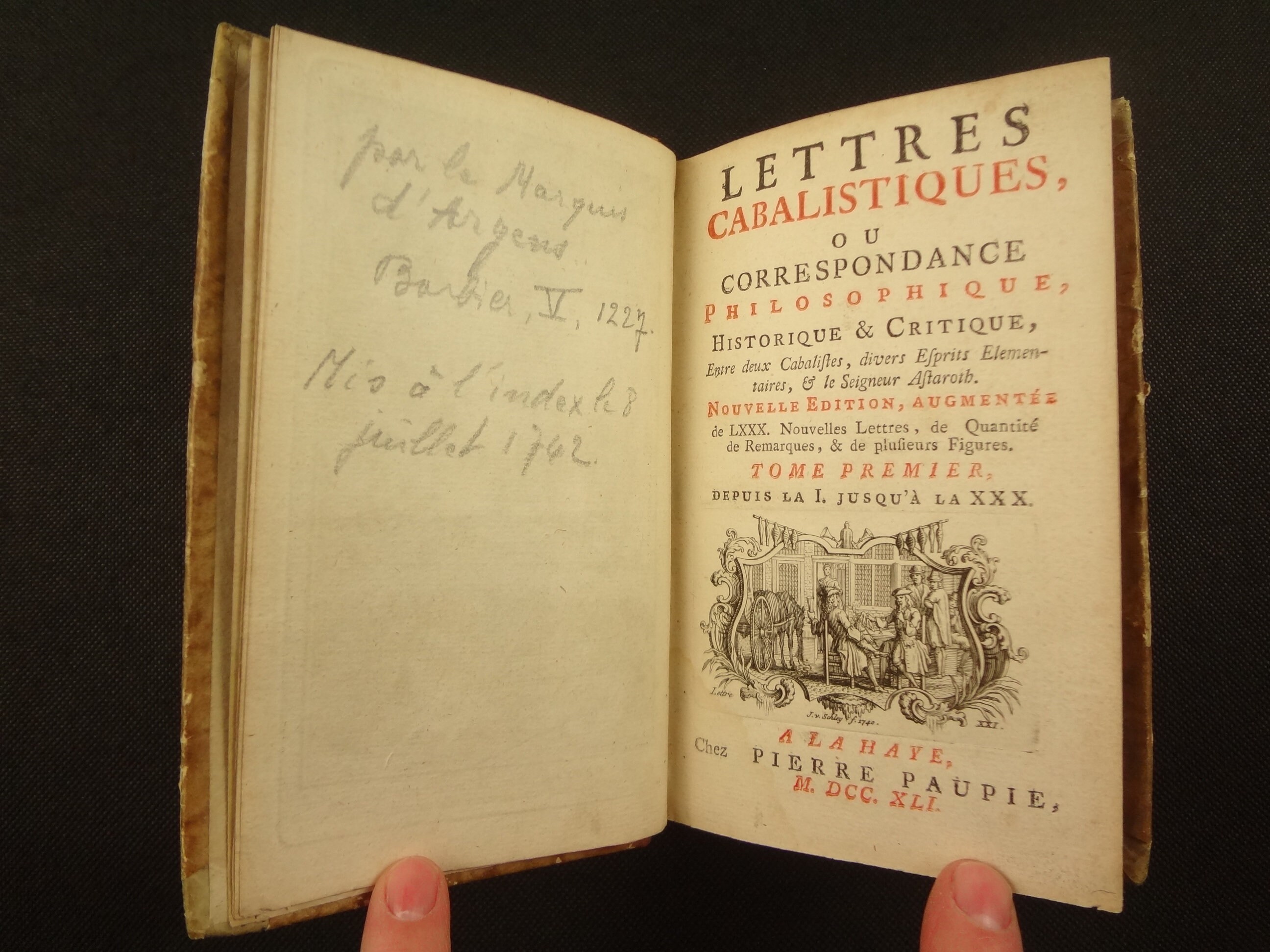 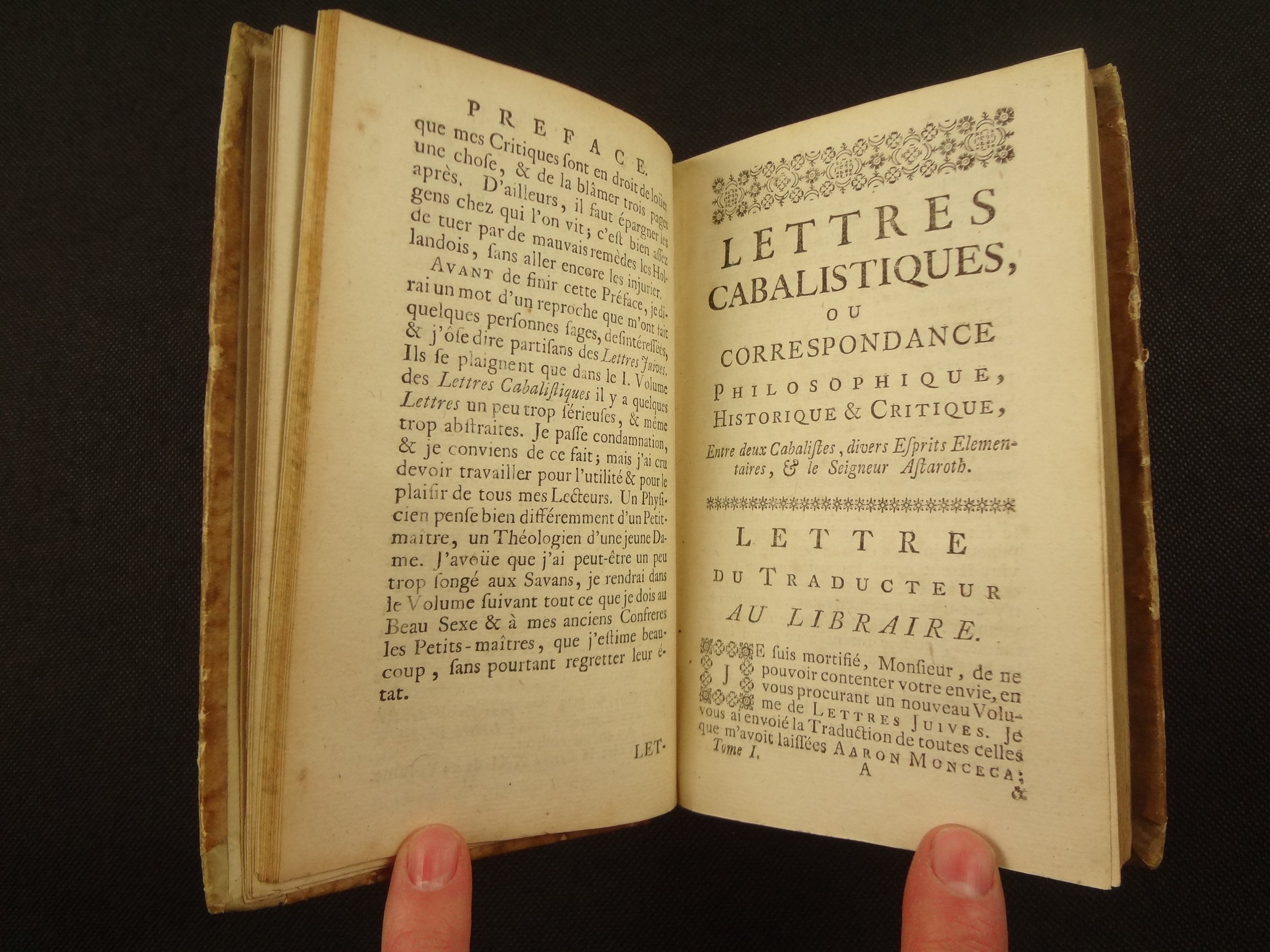 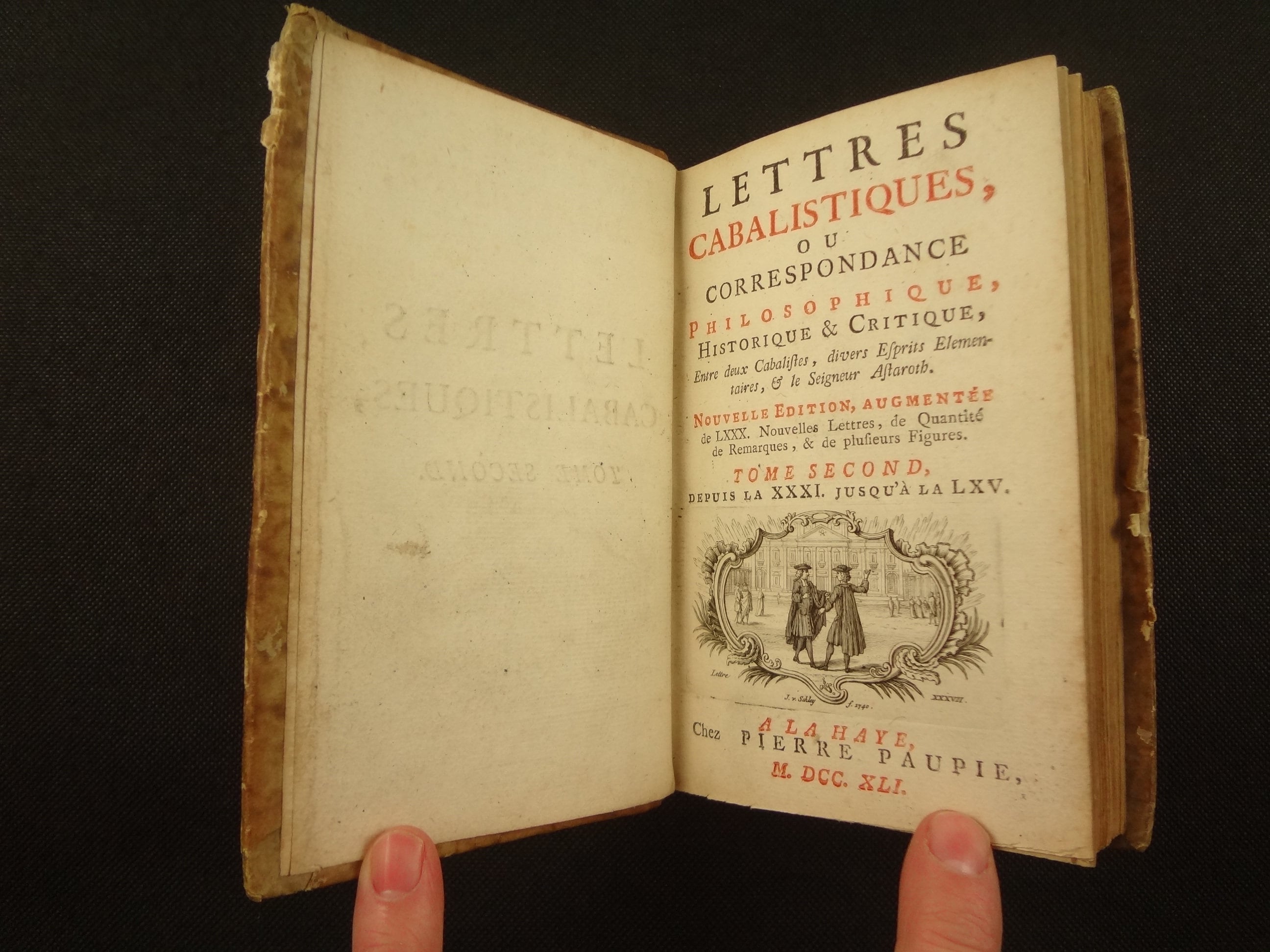 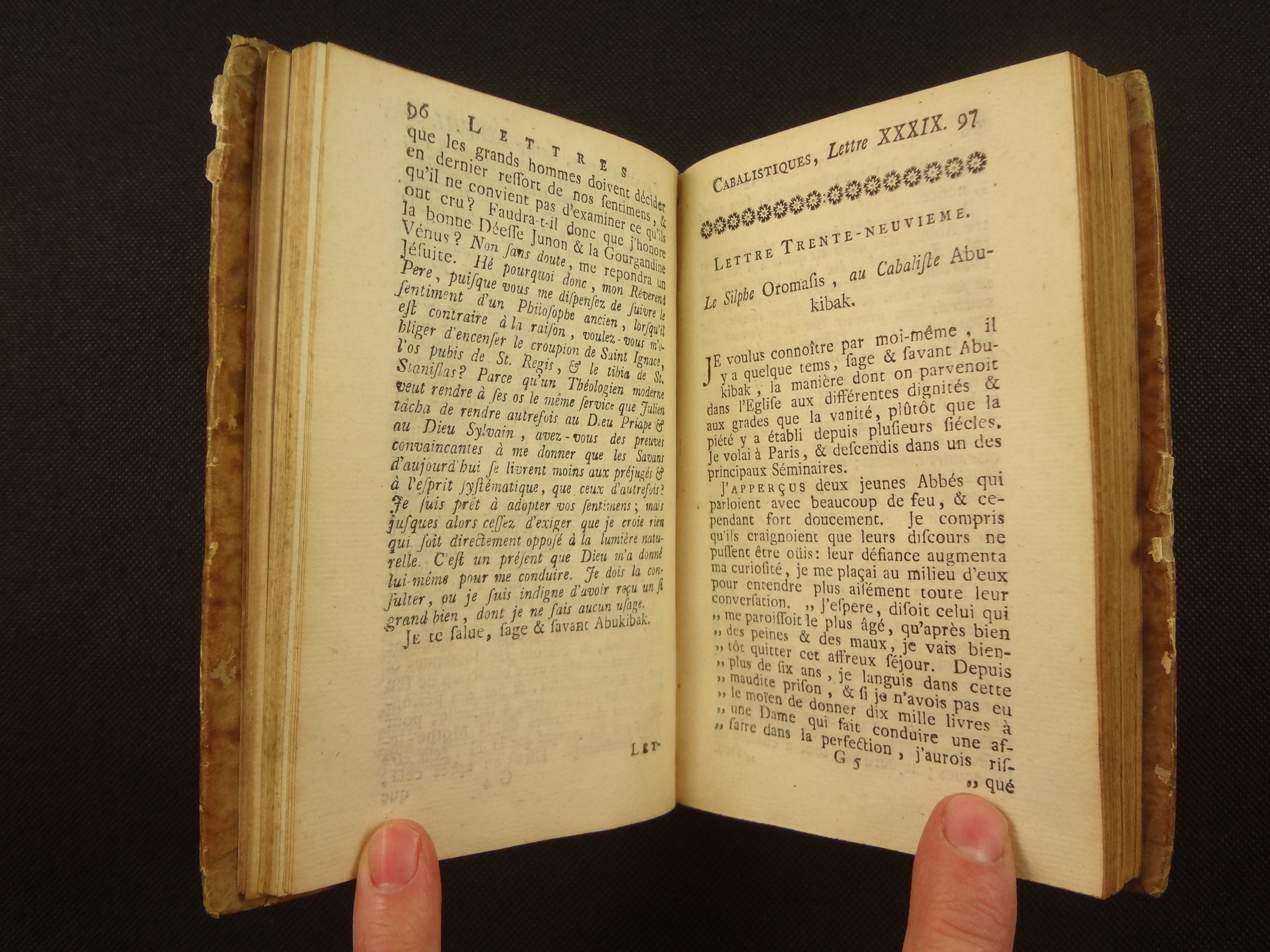 The Marquis d'Argens was something of a counter-culturalist. Hence the "cabalistiques", which insinuates something of a secret or private group. He is now regarded as part of the 18th century Englightenment movement; but he was still favored by the monarchy as he merely advocated against absolute monarchy, not monarchy itself. "Underground" might even be used to describe his ideas, especially since the frontis depicts two intellectuals, underground, discussing philosophy, while the world goes on above them. There's also a frontis portrait of the author.

Each vol. measures approx. 15.5 x 10 x 2.5 cm. Calf spines, hardcovers covered with decorative paper. Portrait of the author, and frontis illustration. Each volume has a decorative printer's mark applied to the title page.

See pictures. Worn bindings, but thicker spines means the joints are functioning well. Edge wear, spine chipping, board rubs, etc.. Some little raising of the paper board covers at edge. Some spine labels chipped off. Bookseller notes in graphite on back of frontis in v1. A little toning to edges of paper. Occasional thumb. Occasional fox spot. Corner of 49 v1 chipped, no text affected. Spot at top, and mark at rear of 1/2 title in v6. Mostly the text block is fairly clean, and the bindings are working well; this would be a good reading copy.