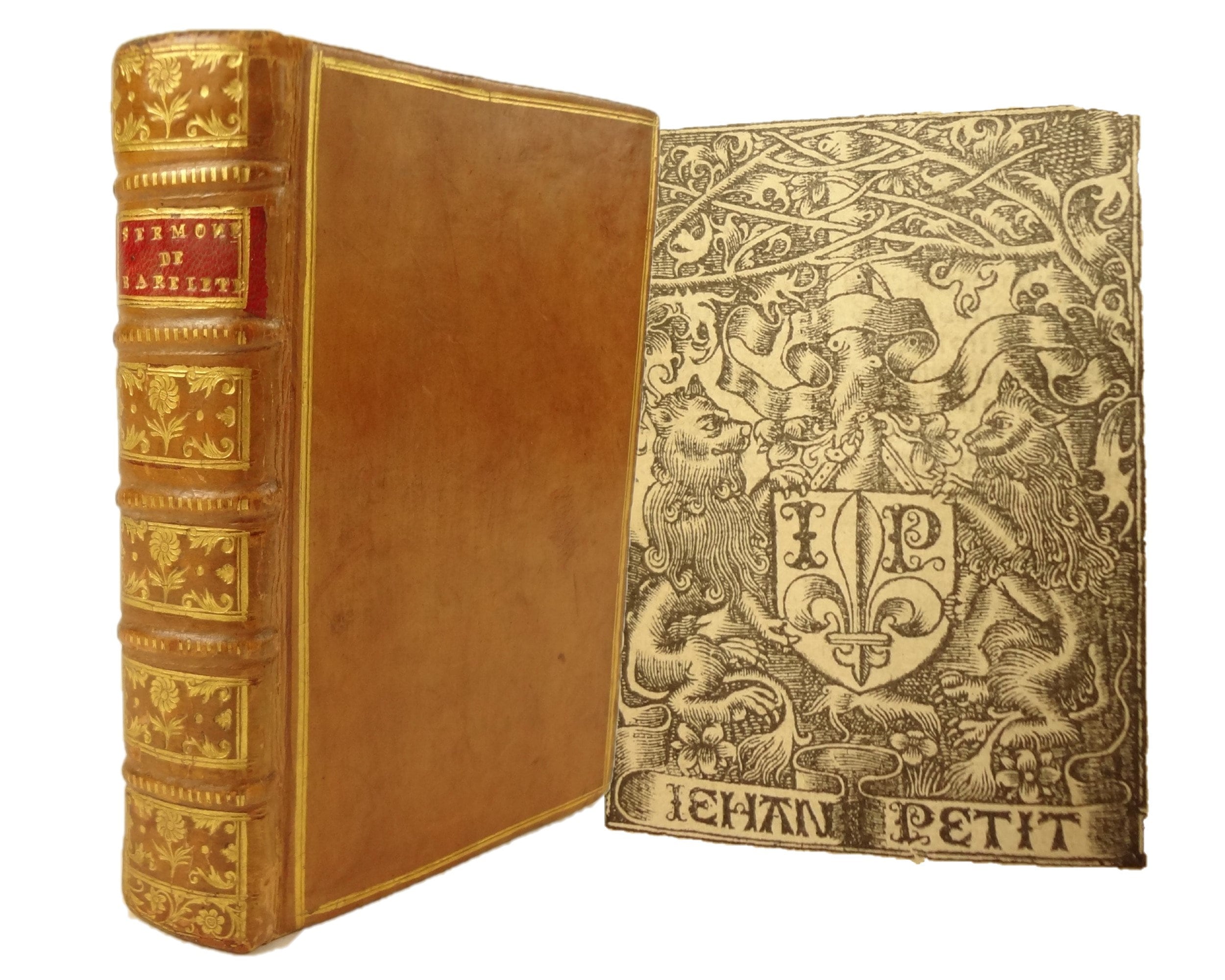 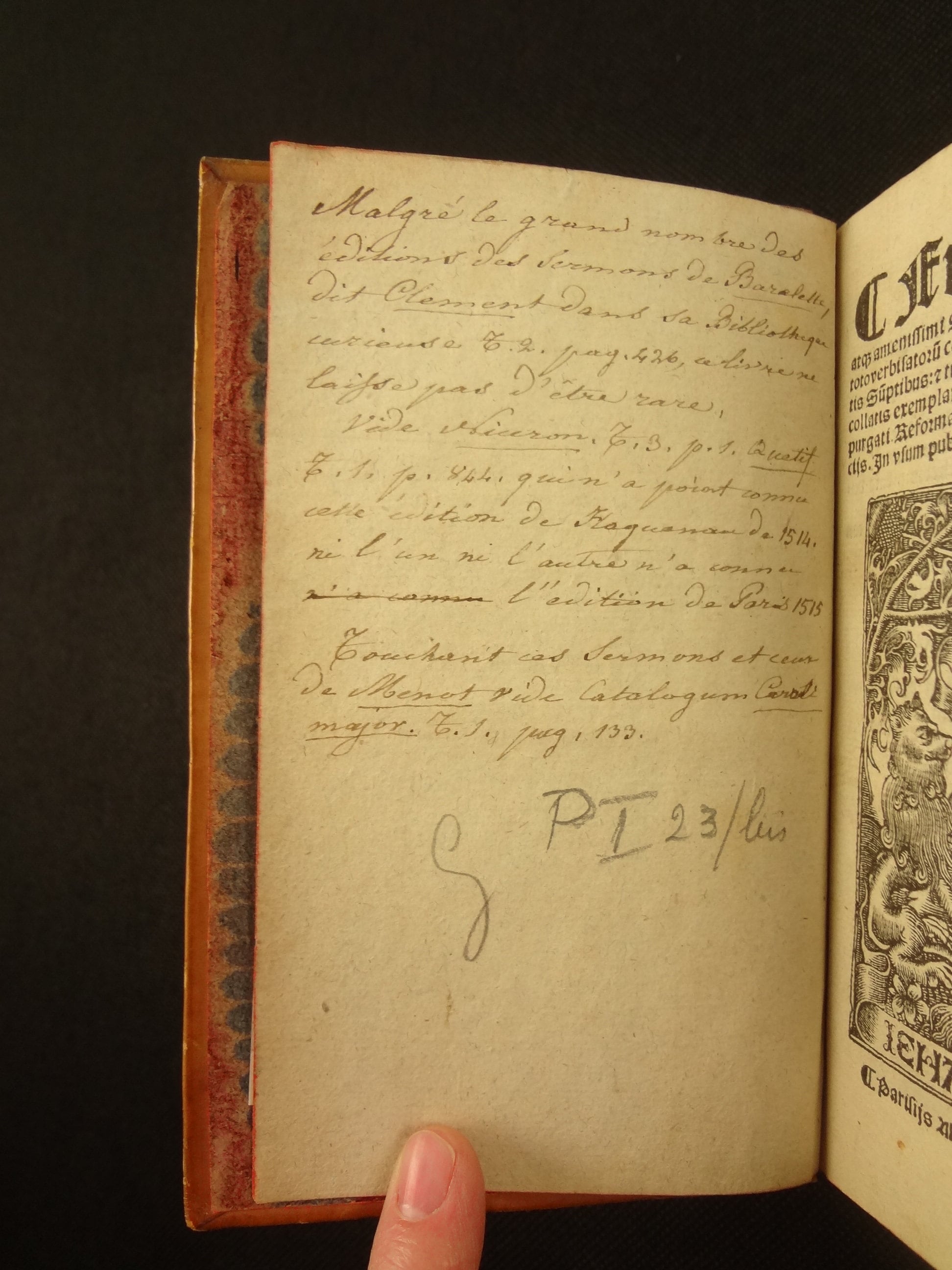 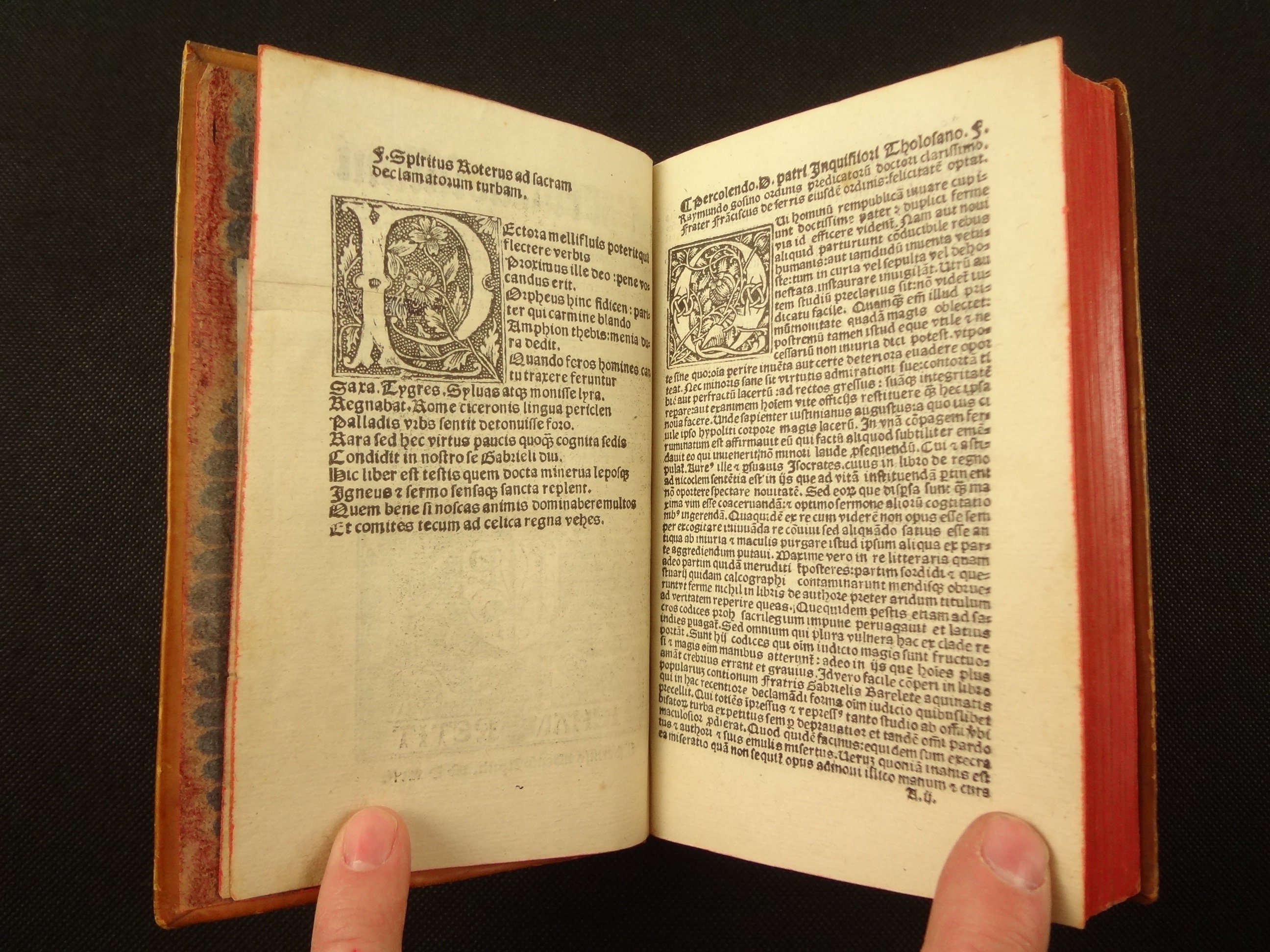 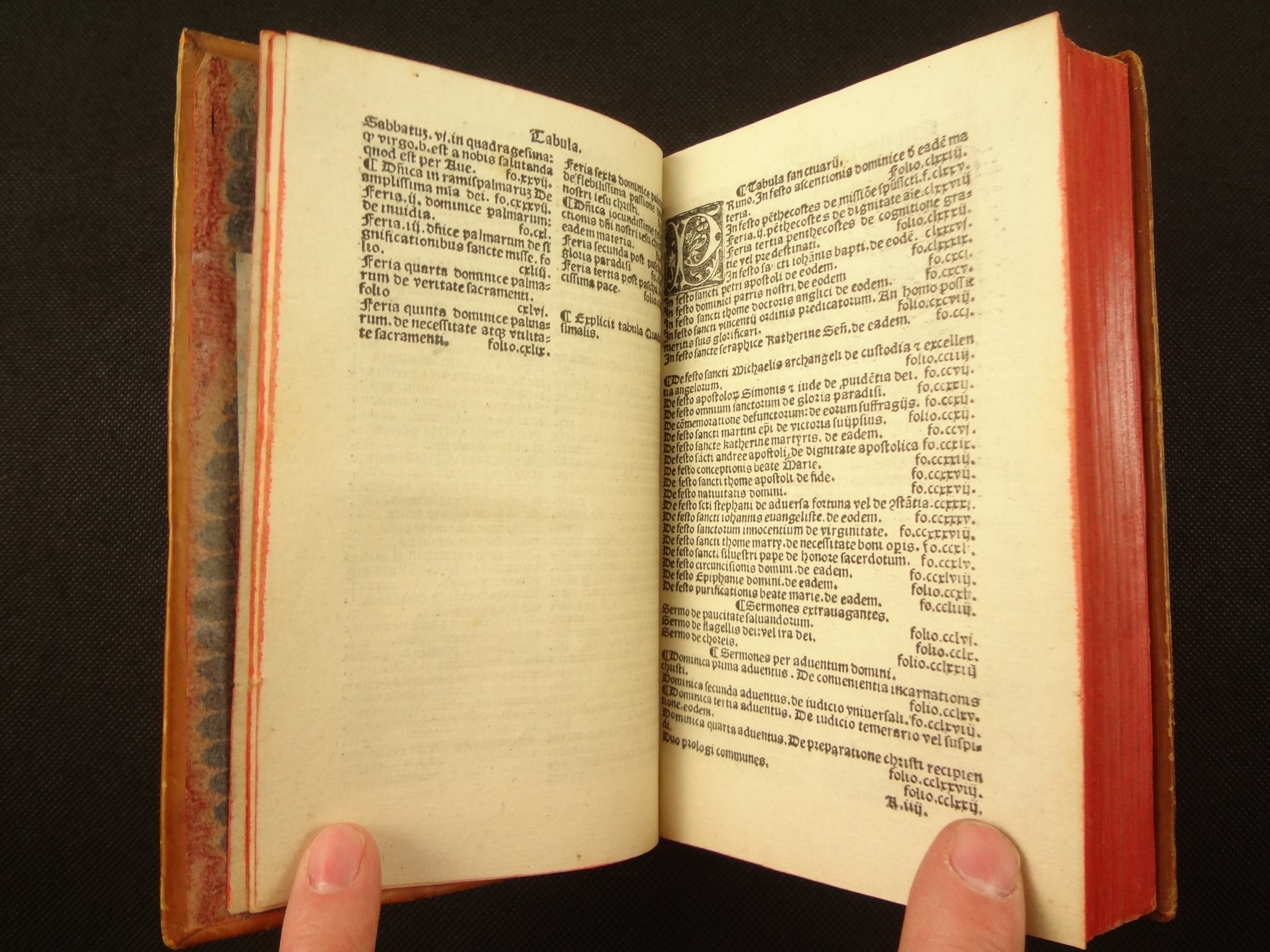 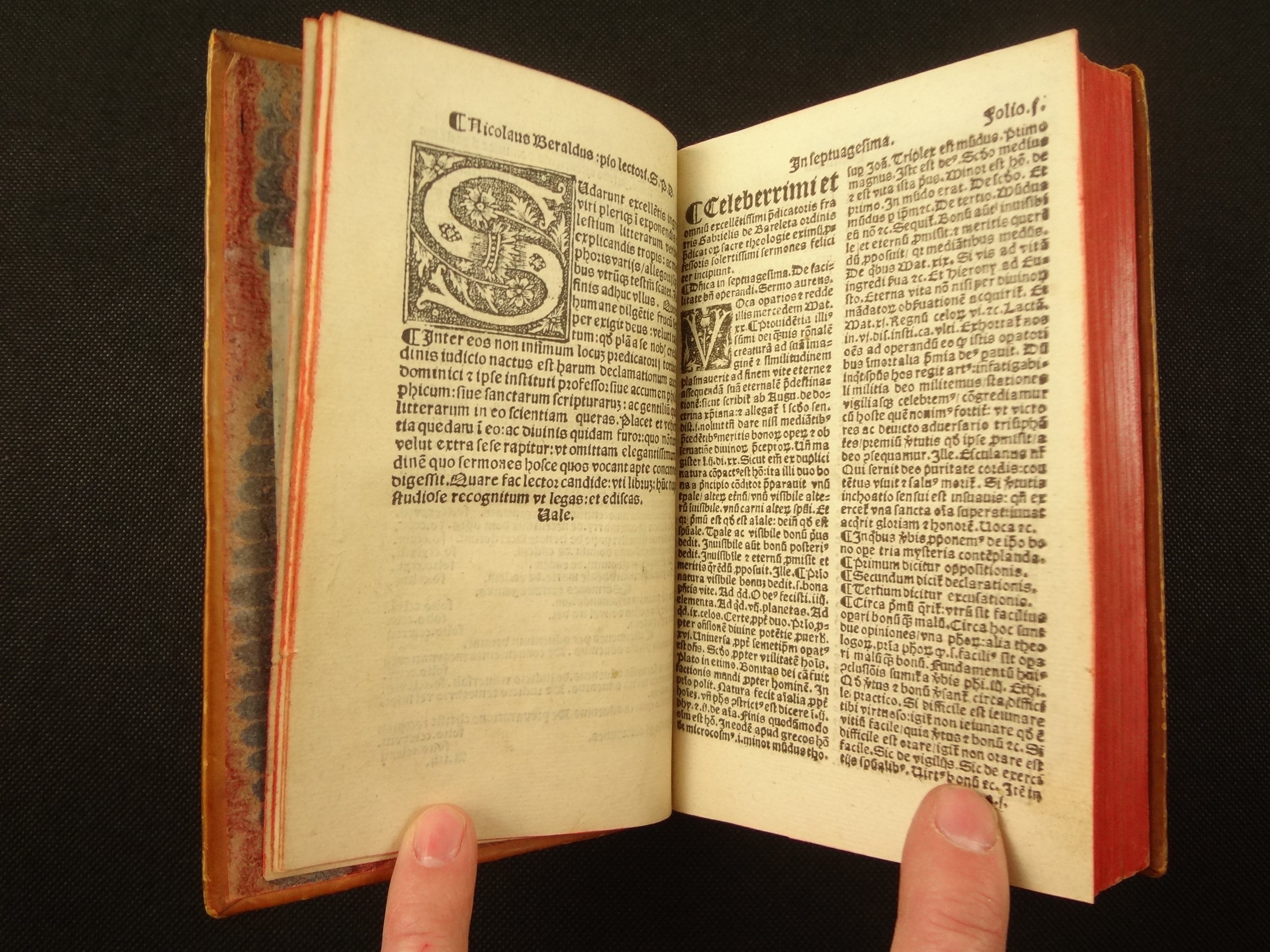 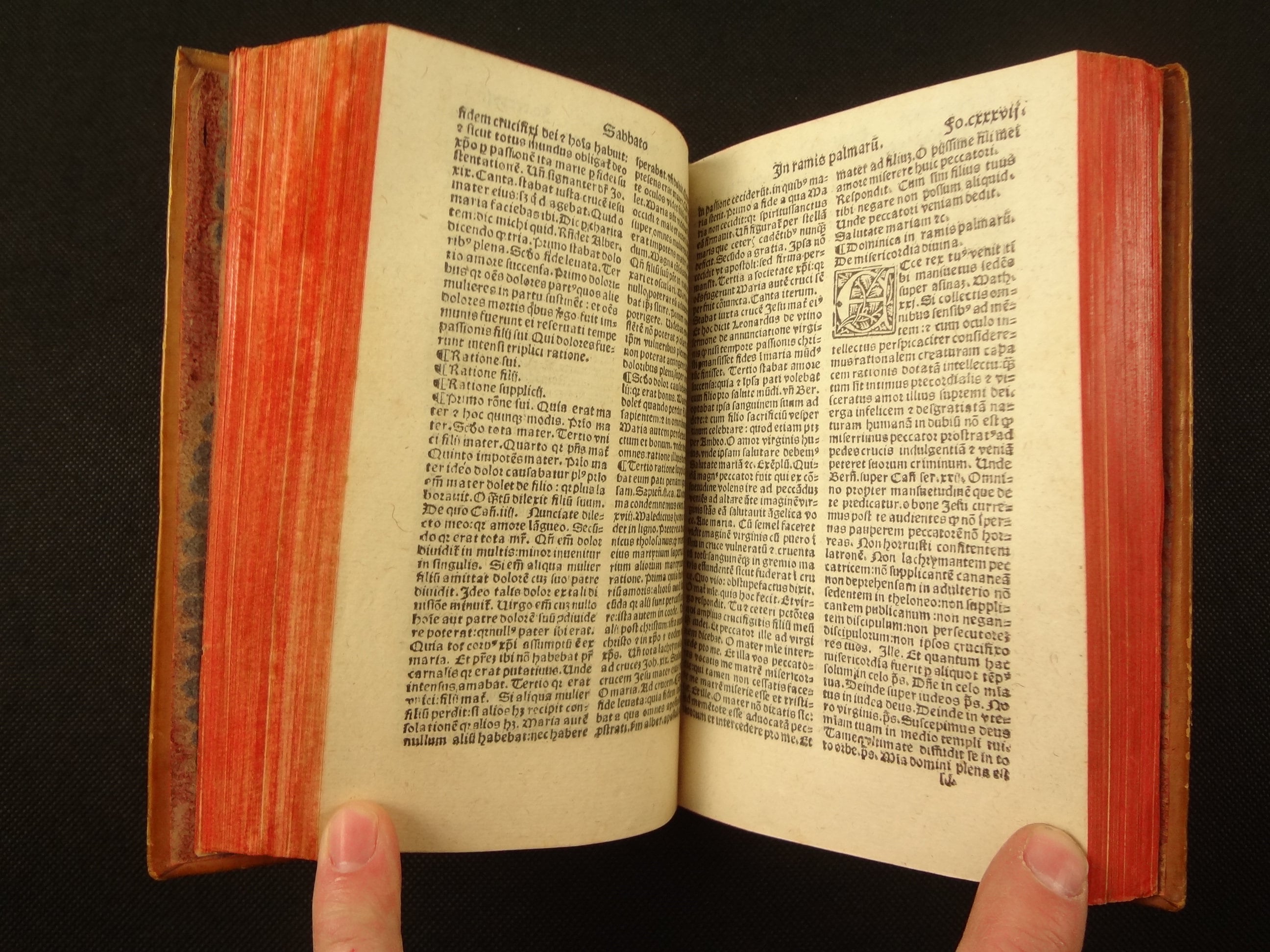 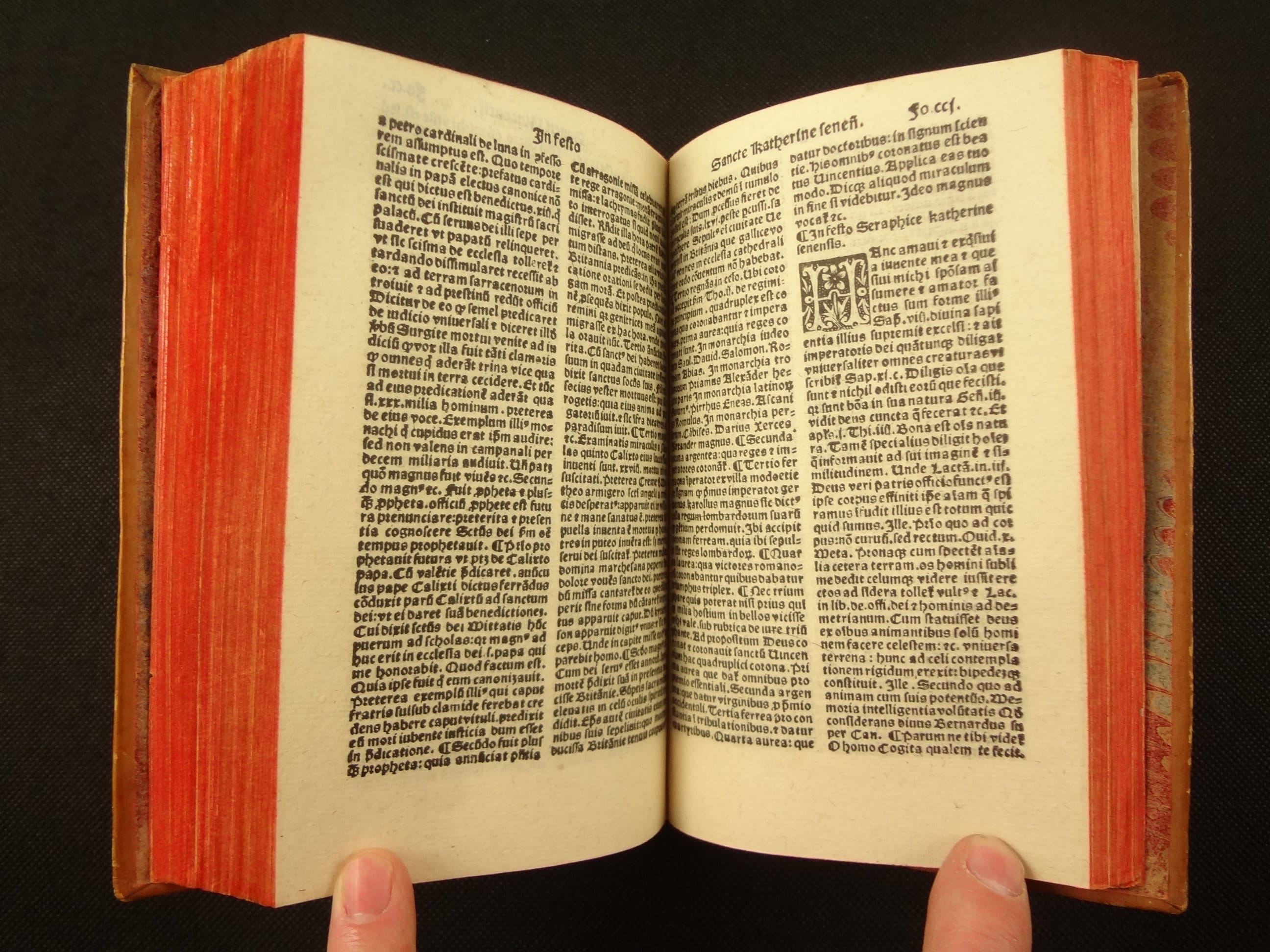 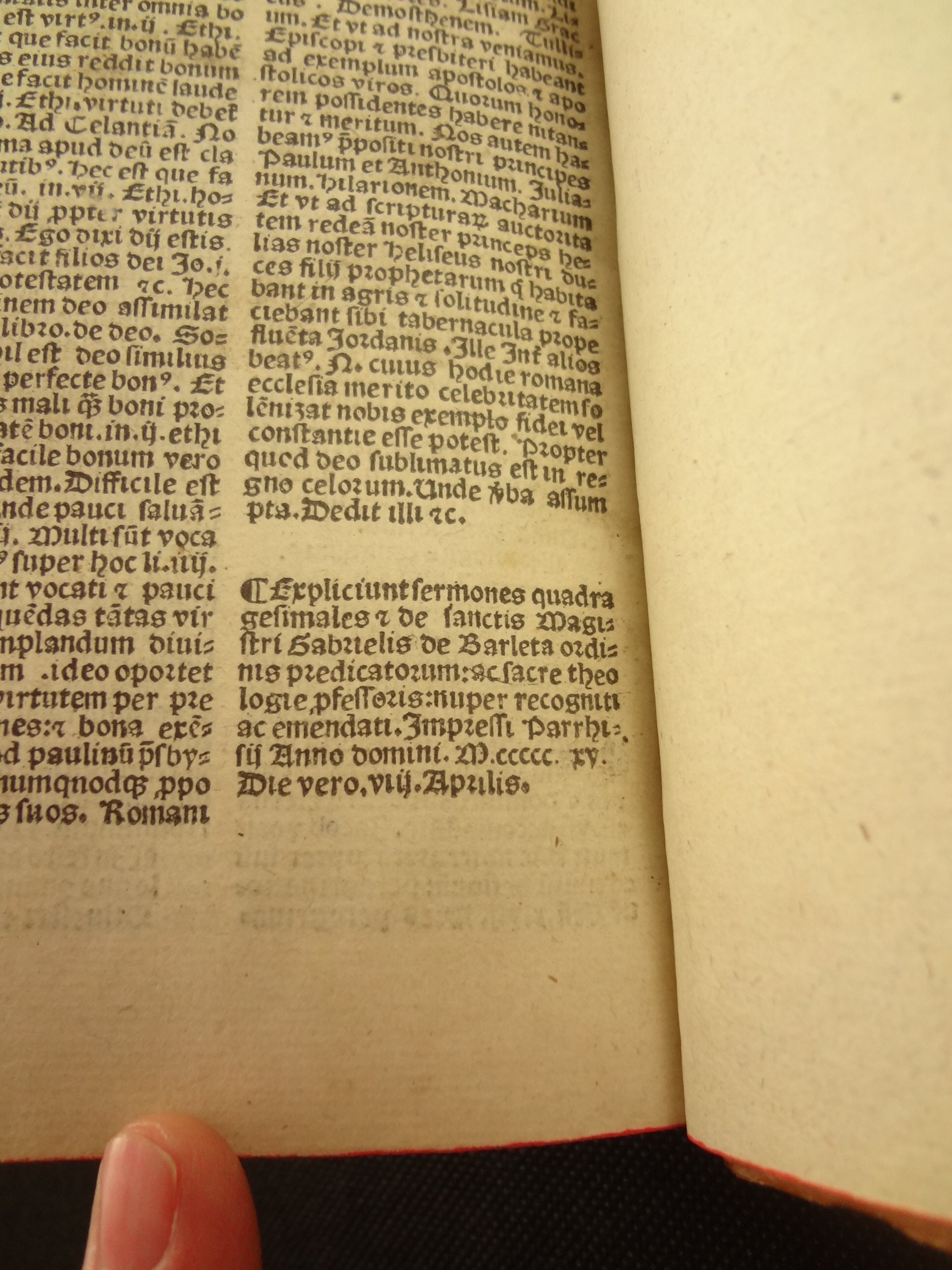 A 1527 Jehan Petit edition of a collection of Gabriel Barletta sermons.

Barletta was a dynamic catholic preacher and the Catholic Encyclopedia records, "In form his sermons are nothing else than the ordinary homily on the virtues and vices of life. He spares none of the foibles and weaknesses of his contemporaries, and in his denunciations passages of eloquent and biting sarcasm are often met with. All his contemporaries held him in high esteem as an orator. He was generally proposed, even during his lifetime, as the model orator. After his death his fame did not diminish, if the popular saying which Altamura has preserved for us be a criterion. Throughout Italy it was the common saying: Nescit praedicare qui nescit Barlettare (roughly Knowing is the preacher that knows Barletta)."

This copy has long been sold, misleadingly, as printed in 1515; a lengthy endpaper inscription in an old-hand, and an old catalogue blurb inserted within testify to this. Suspicious, holding it to the light I found the title page had been rubbed at the date. I checked the copy against the known printings of Petit, and it was instantly apparent it is a 1527 printing which someone had altered the dates at the title page and colophon to make it appear like an earlier unrecorded printing. I lightly corrected the dates with graphite so that this bookseller couldn't be accused of similar wrongdoings.

See pictures. Handsome later binding. A little edge wear and rubbing to boards and joints. 2 cm. light flake/rub in leather on rear board. Top-edge a little dusty but still quite red. Lengthy inscription on back of flyleaf, referring to erroneous dating. Title page with name erased from top margin, tear repair that covers over the period at the end of the title, and touches the printer's device, and someone misleadingly erased several of the letters in the date, but I wrote them back in lightly with graphite. Quite clean throughout, with a very occasional fox spot or thumb and an occasional page just slightly toned. Trimmed tight at fore-edge. Missing f.268 (M8). I also lightly corrected the date with graphite at the rear colophon.