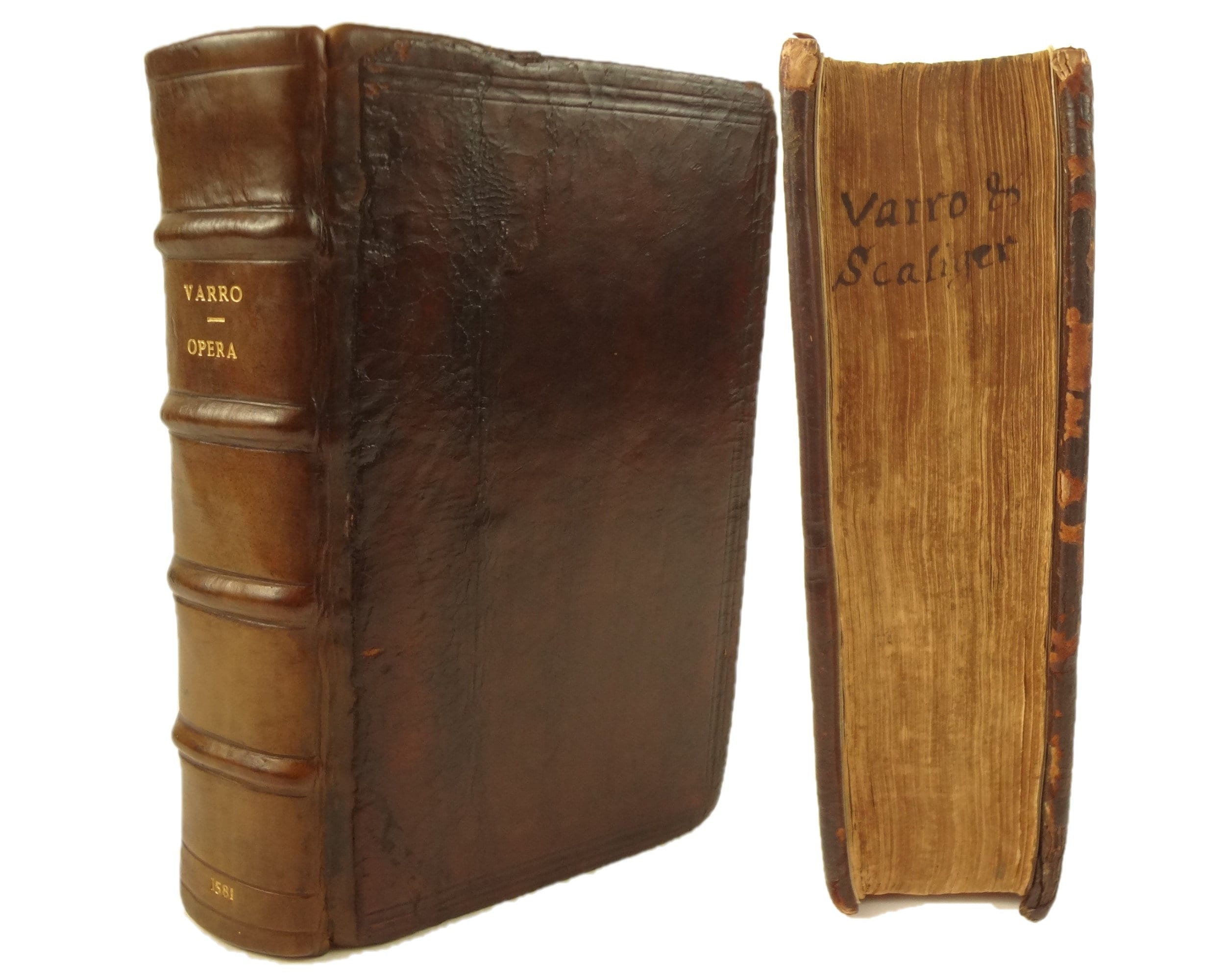 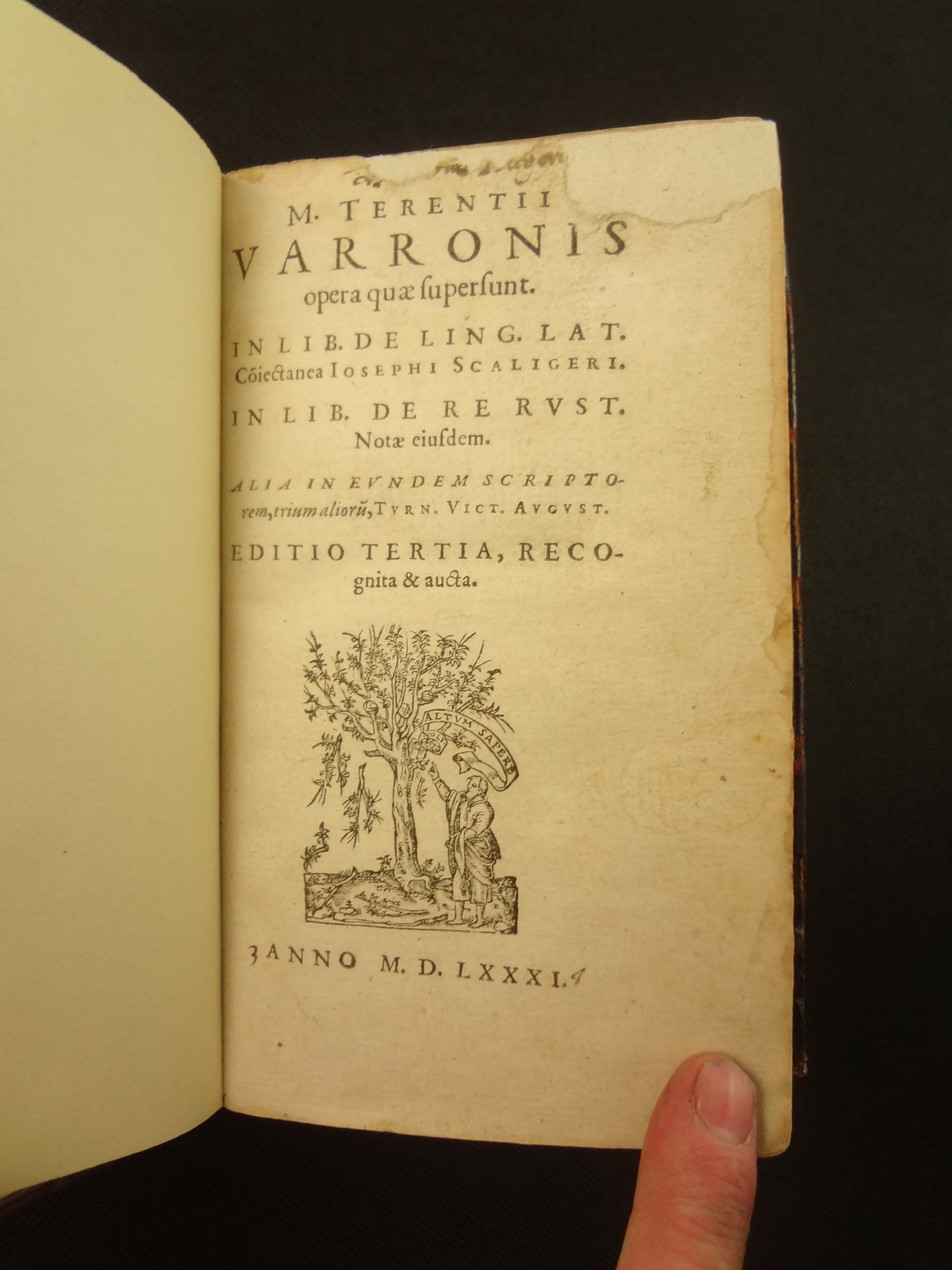 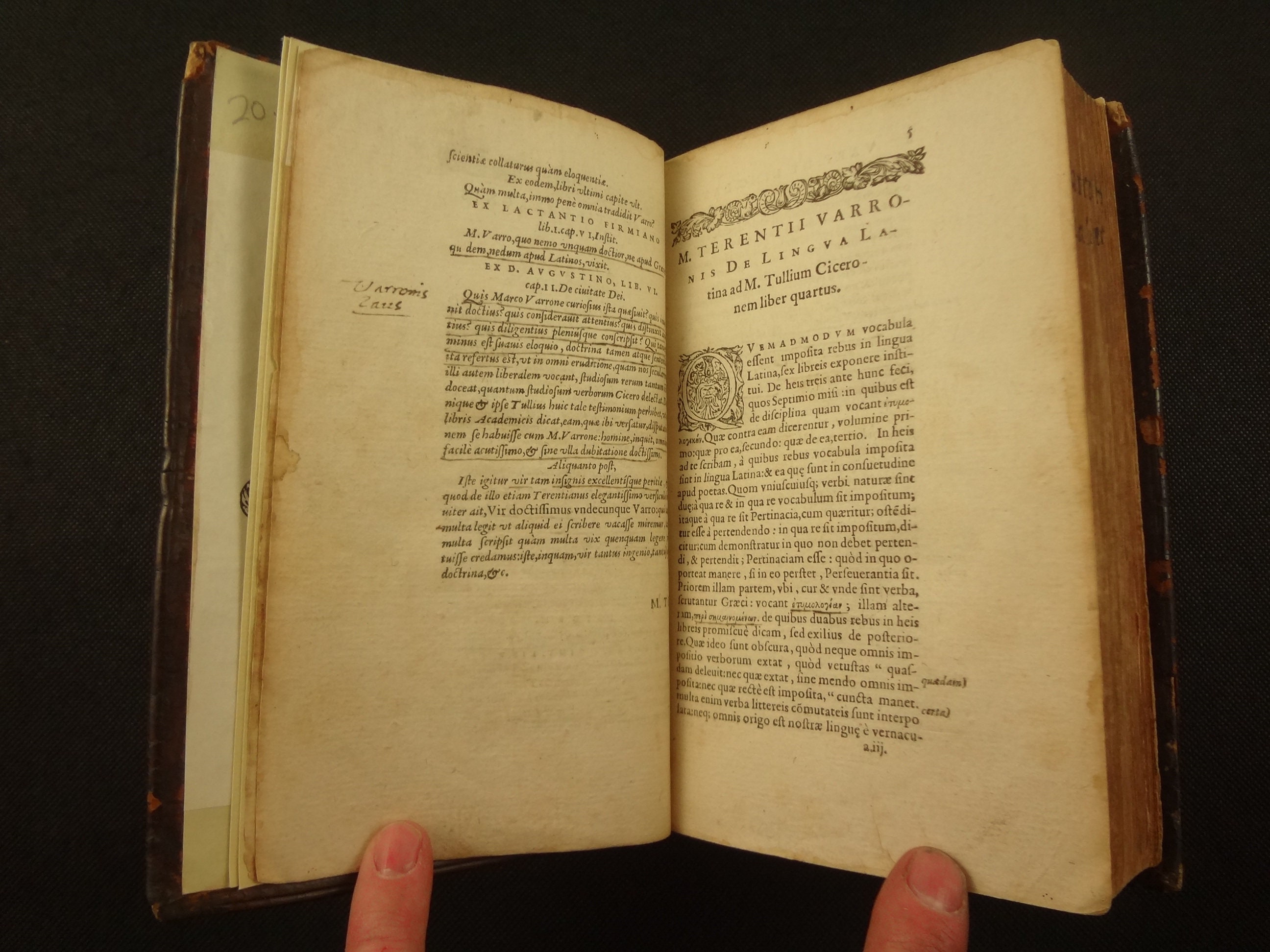 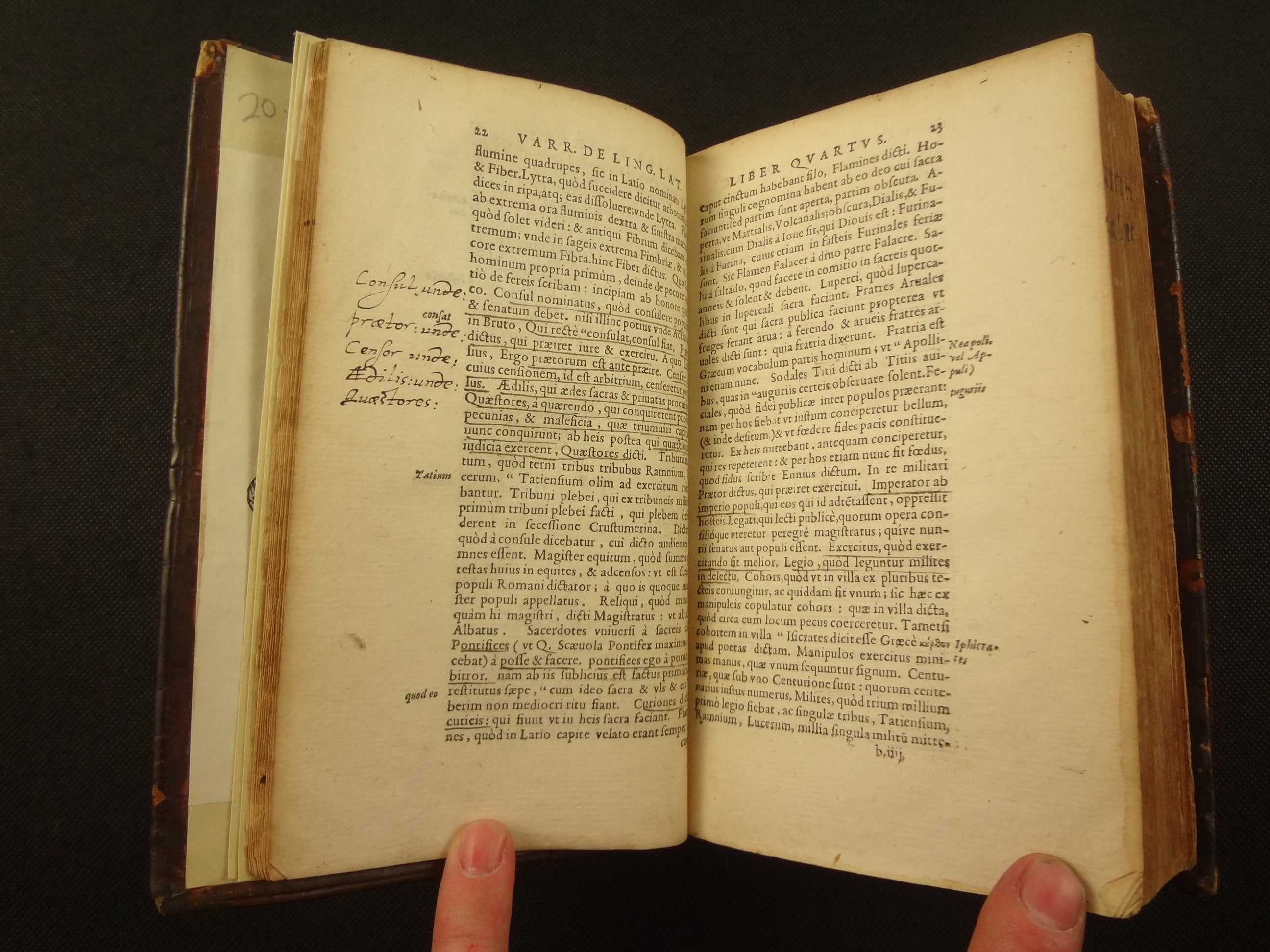 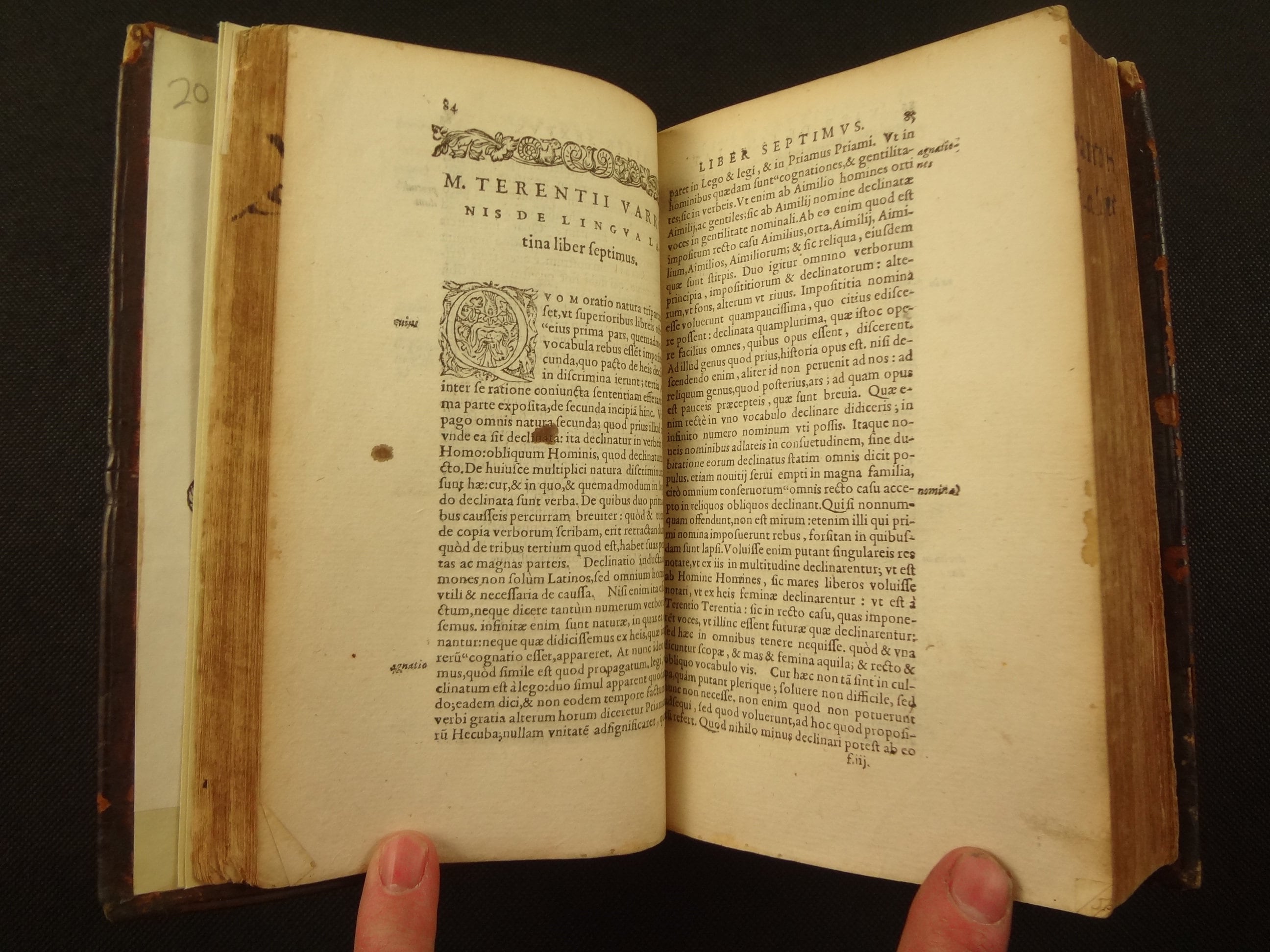 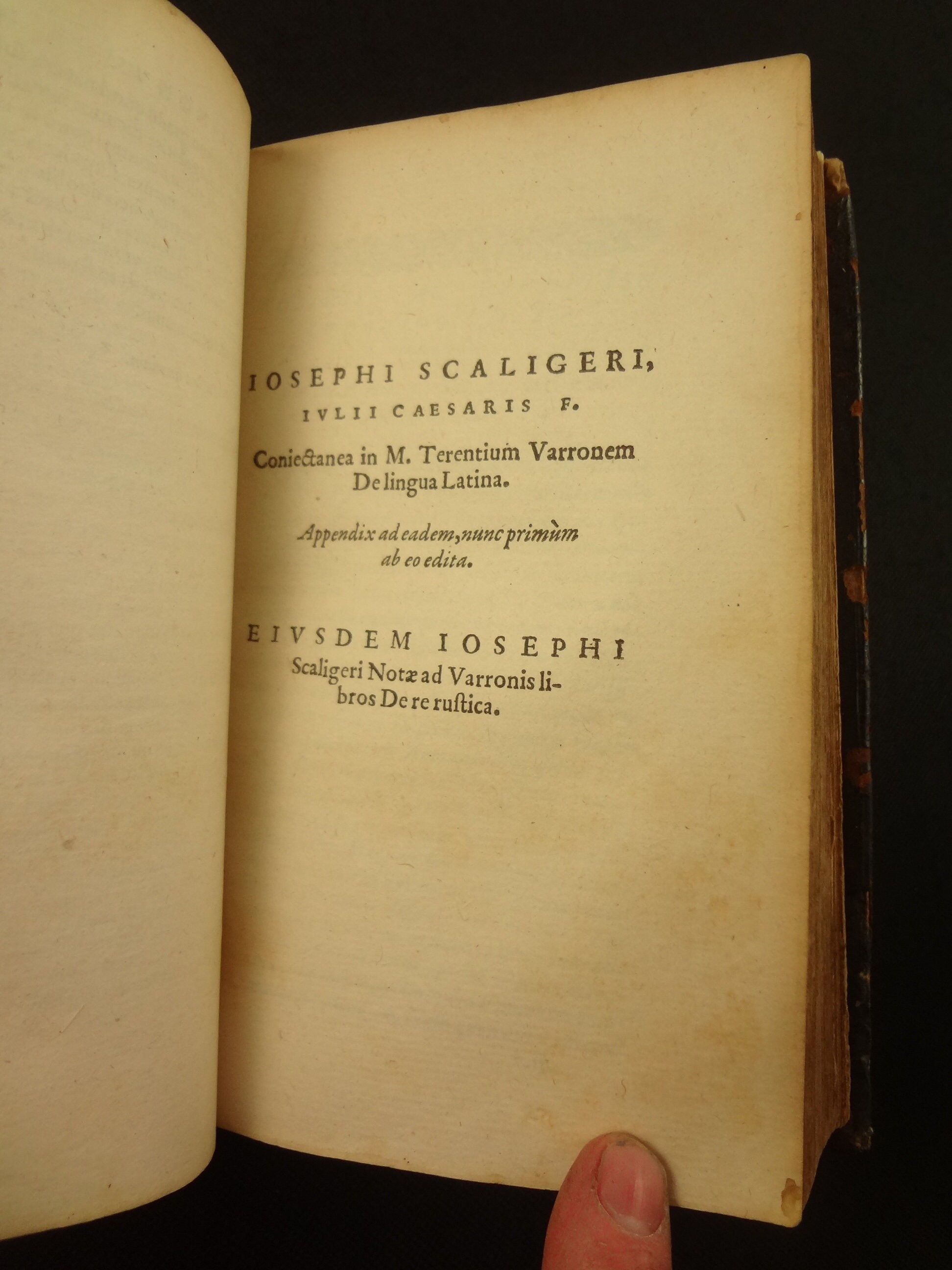 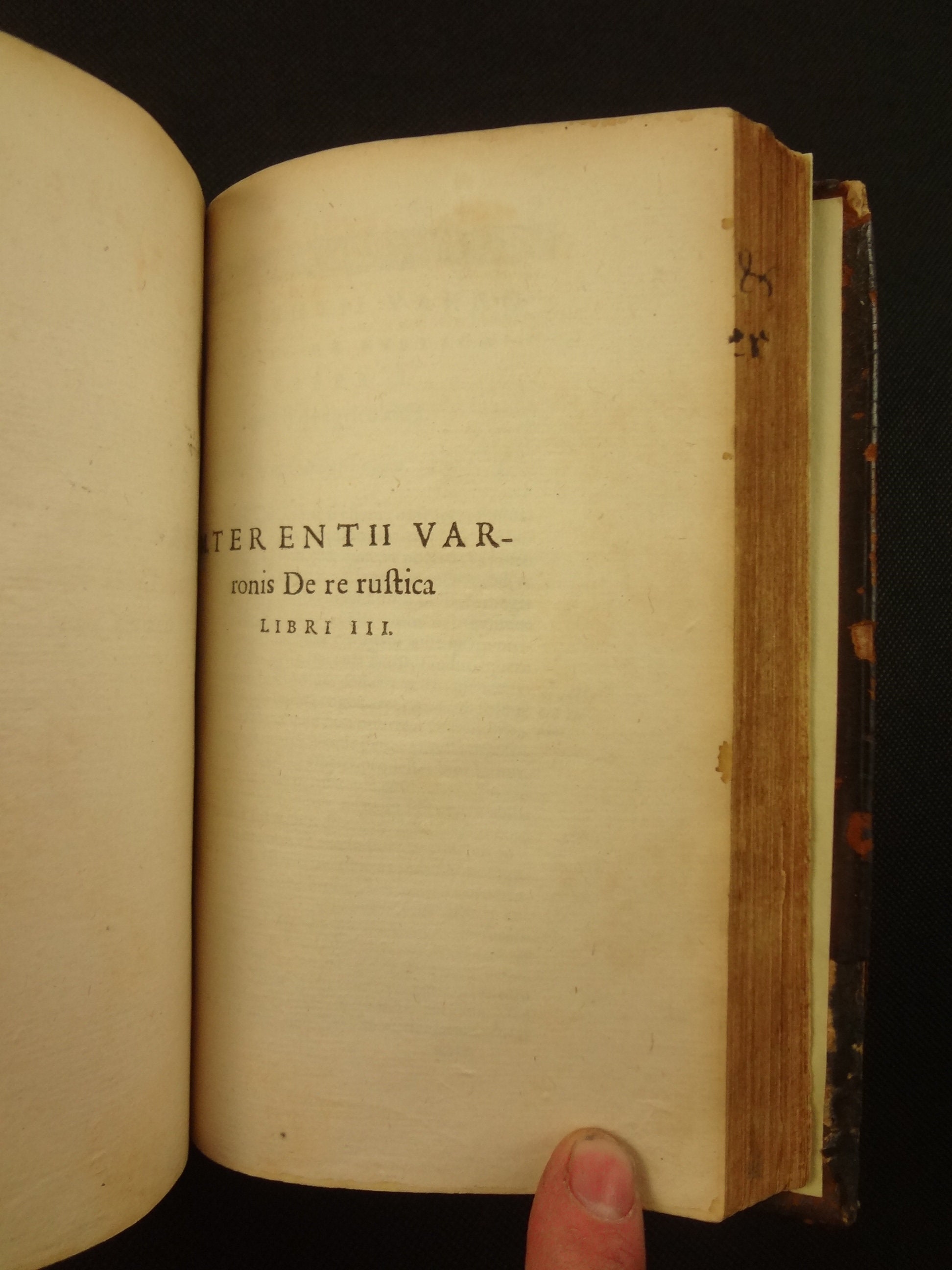 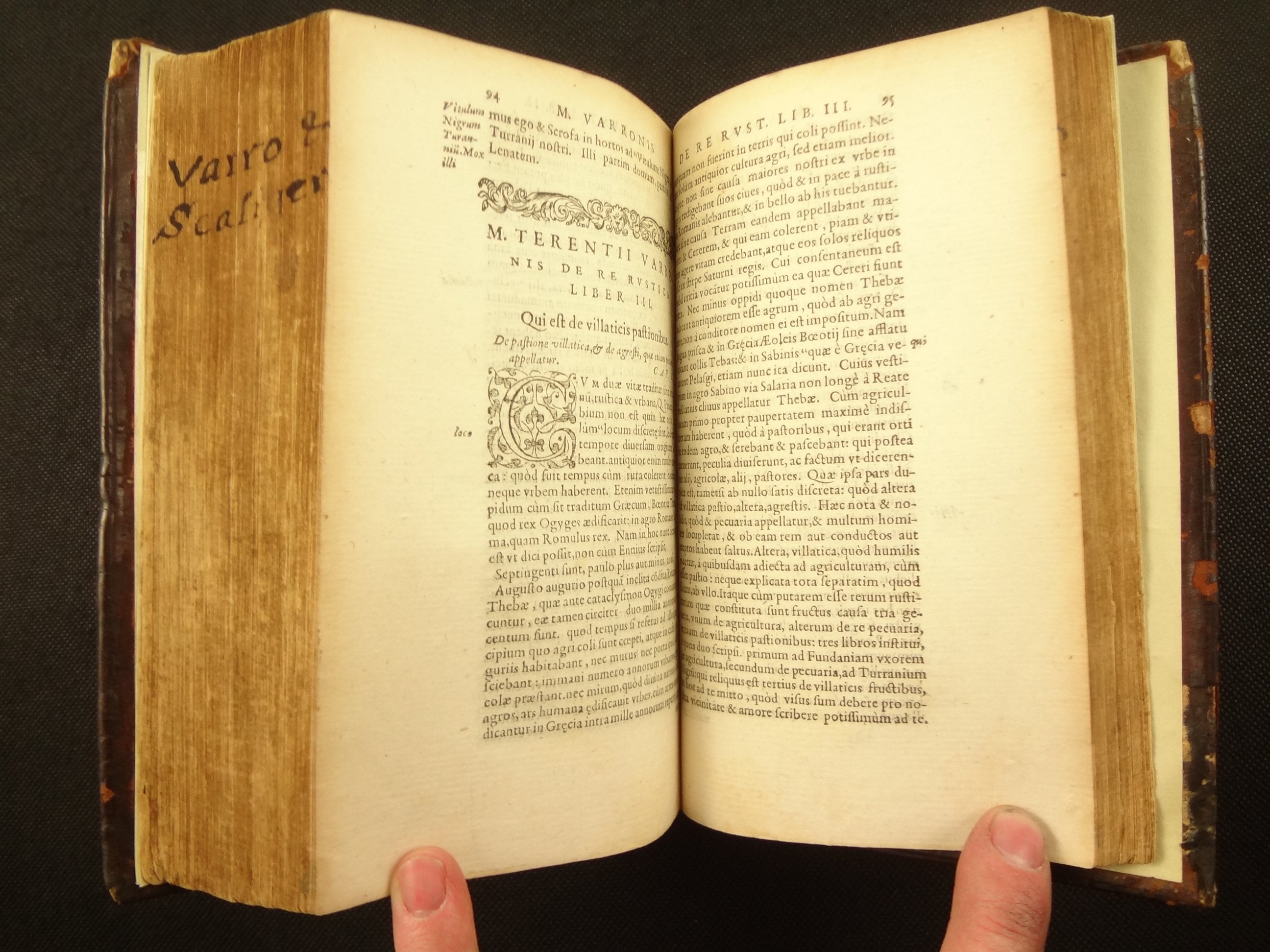 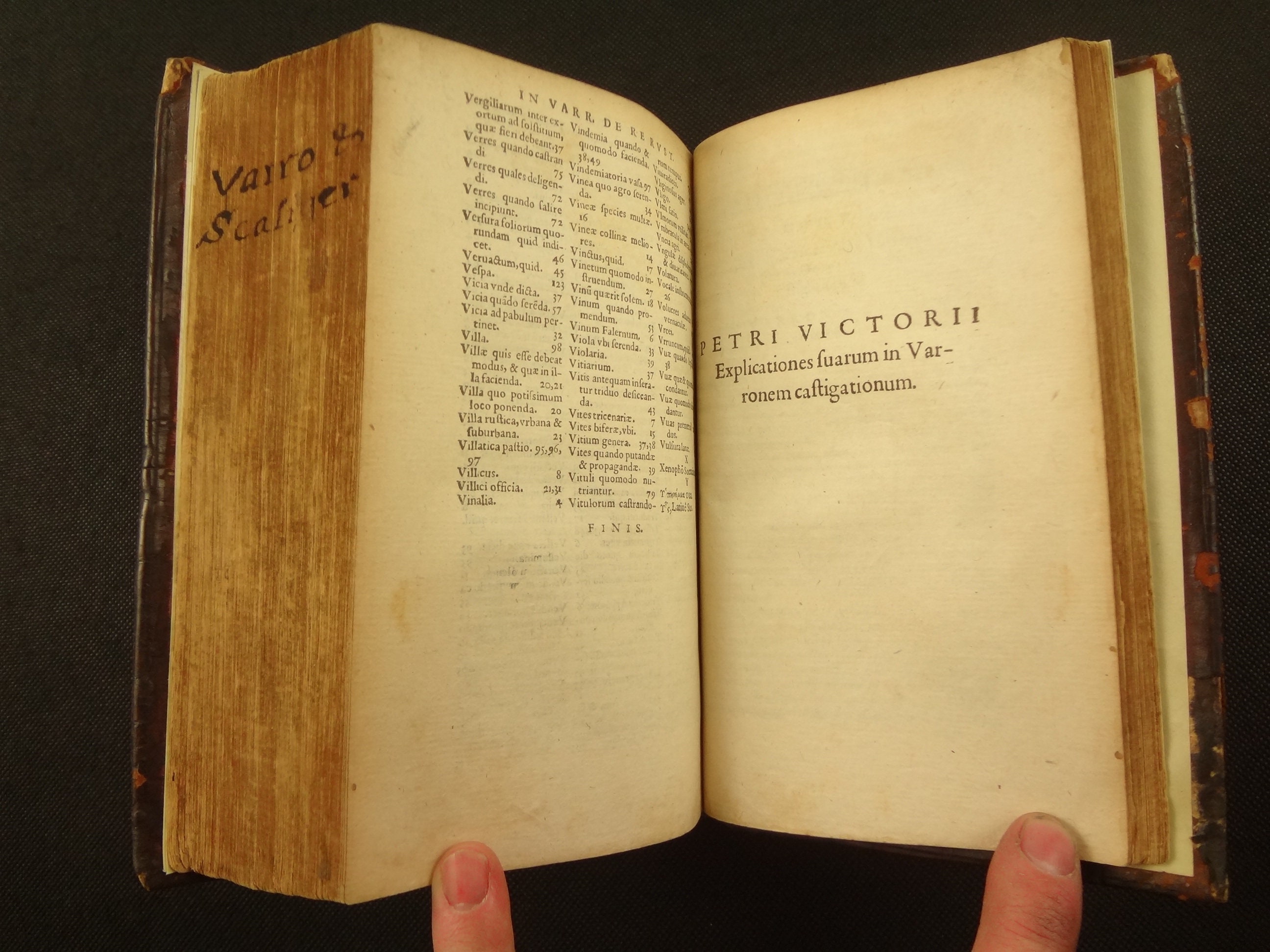 A 1581 edition of the Works of Marcus Terentius Varro with rich commentary from several different 16th century scholars, most notably Julius Caesar Scaliger. This copy with the rich scholarly provenance of The Rugby School, of the United Kingdom (sold at their deaccession sale in 2020).

The work begins with Varro's De Lingua Latina, followed by Scaliger's comments on it, and Rerum Rustricarum. Also, several other scholars' notes are included. At the rear of the volume is Varro's Rerum Rustricarum.

This work bears the printer's mark of the venerable Estienne printing firm, and is noted as "Editio Tertia, Recognita & Aucta".

Marcus Terentius Varro (116–27 BC) was one of ancient Rome's greatest scholars and a prolific author. Varro's literary output was prolific; Ritschl estimated it at 74 works in some 620 books, of which only one work survives complete. He was called "the most learned of the Romans" by Quintilian, and also recognized by Plutarch as "a man deeply read in Roman history". Varro was recognized as an important source by many other ancient authors, among them Cicero, Pliny the Elder, Virgil in the Georgics, Columella, Aulus Gellius, Macrobius, Augustine, and Vitruvius, who credits him with a book on architecture.

His only complete work extant, Rerum rusticarum libri tres (Three Books on Agriculture), has been described as "the well digested system of an experienced and successful farmer who has seen and practised all that he records."

Julius Caesar Scaliger (1484 – October 21, 1558), or Giulio Cesare della Scala, was an Italian scholar and physician, who spent a major part of his career in France. He employed the techniques and discoveries of Renaissance humanism to defend Aristotelianism against the New Learning. In spite of his contentious disposition, his contemporary reputation was high. Jacques Auguste de Thou claimed that none of the ancients could be placed above him and that he had no equal in his own time. Scaliger intended to be judged primarily as a philosopher and a man of science and regarded classical studies as a means of relaxation. He was noted for his powers of observation and his tenacious memory. His scientific writings are all in the form of commentaries.