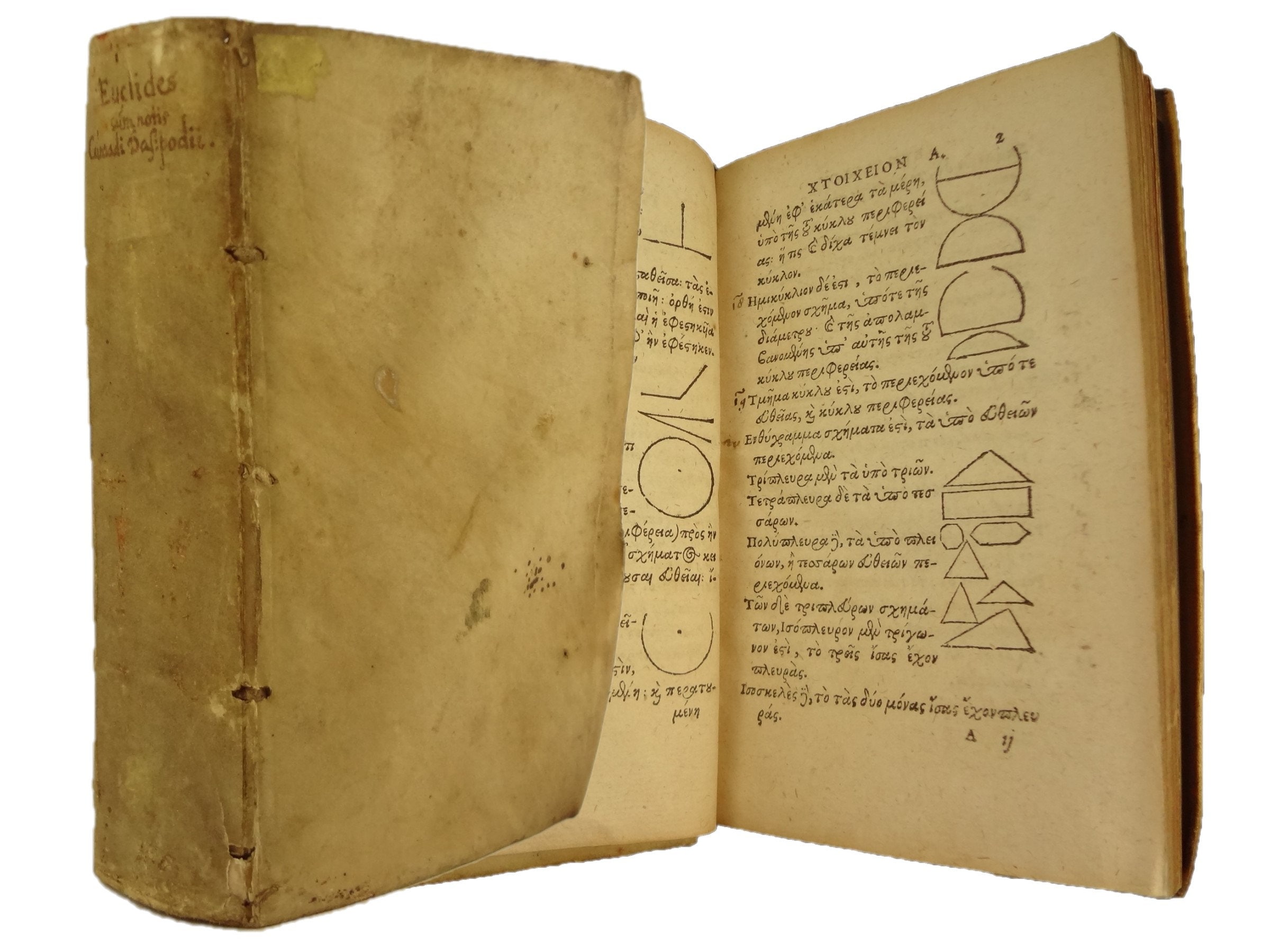 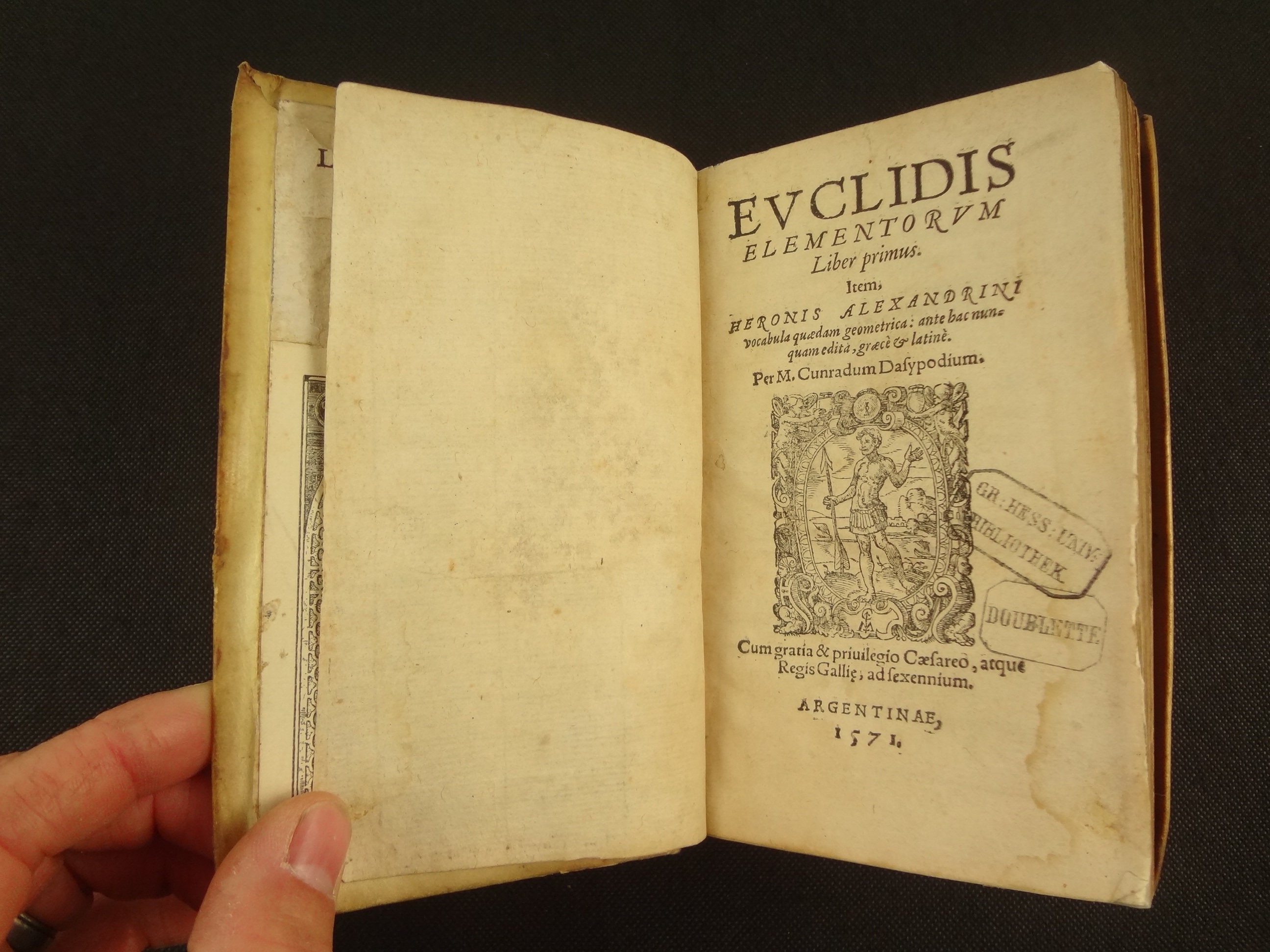 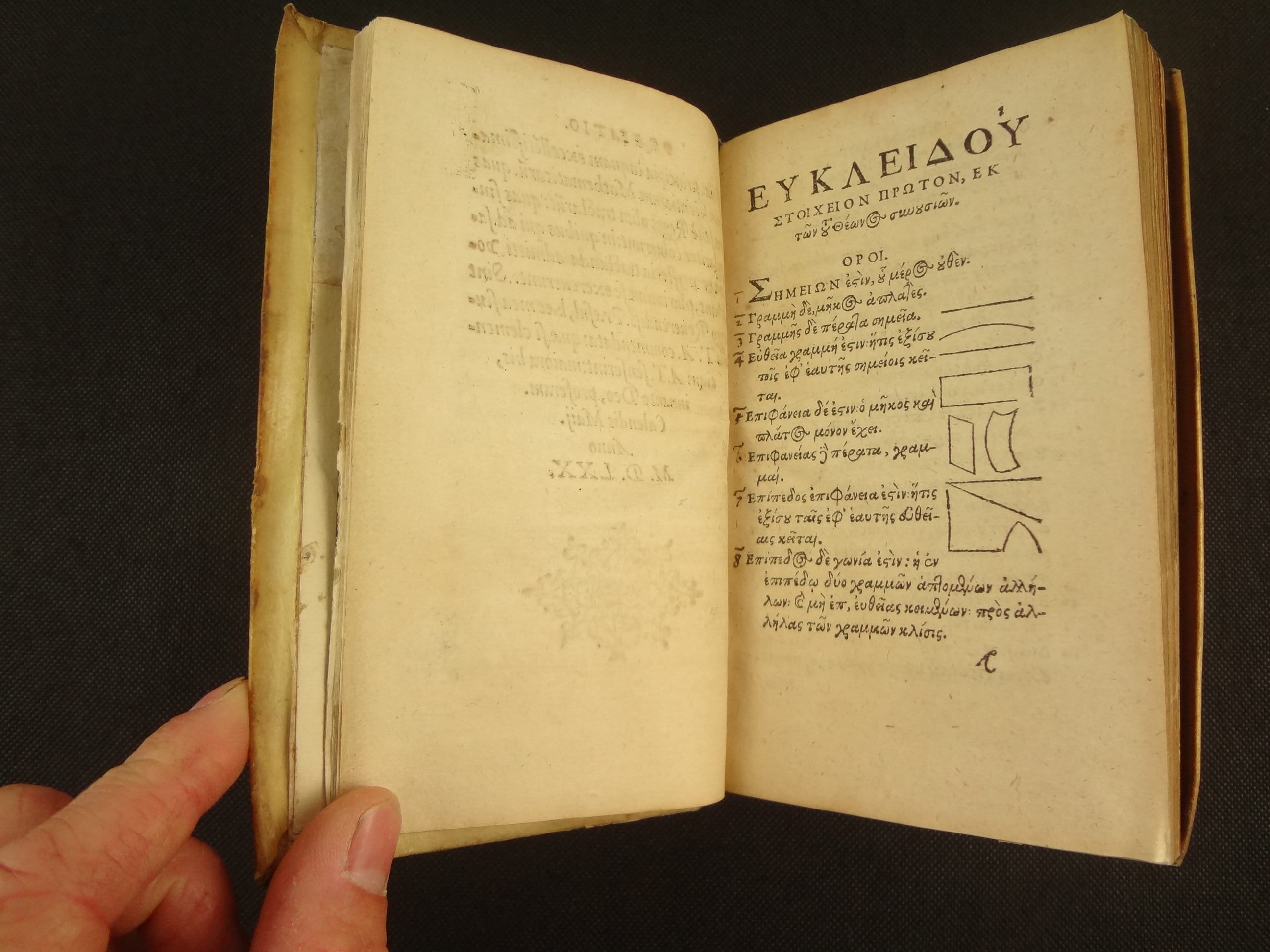 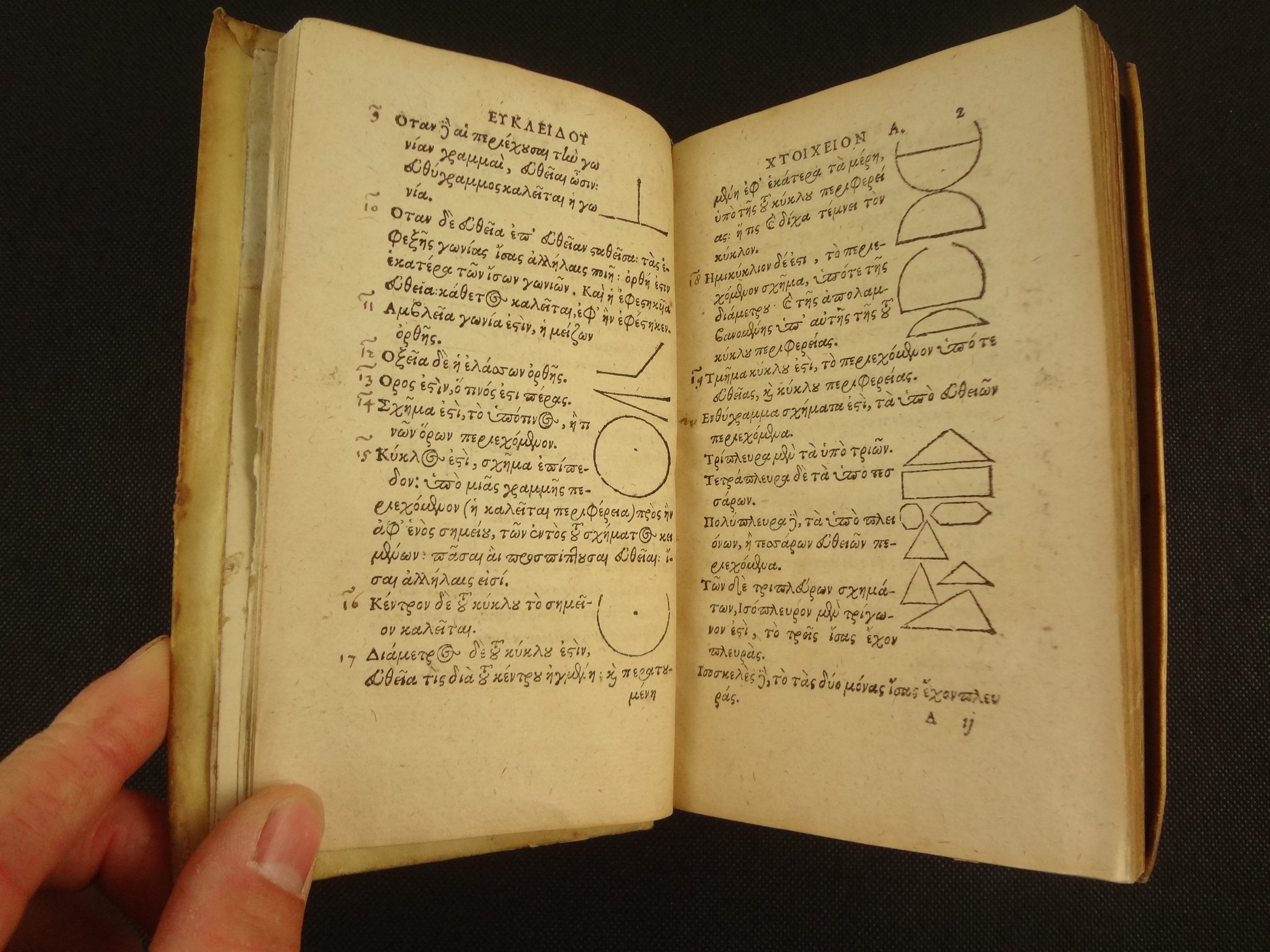 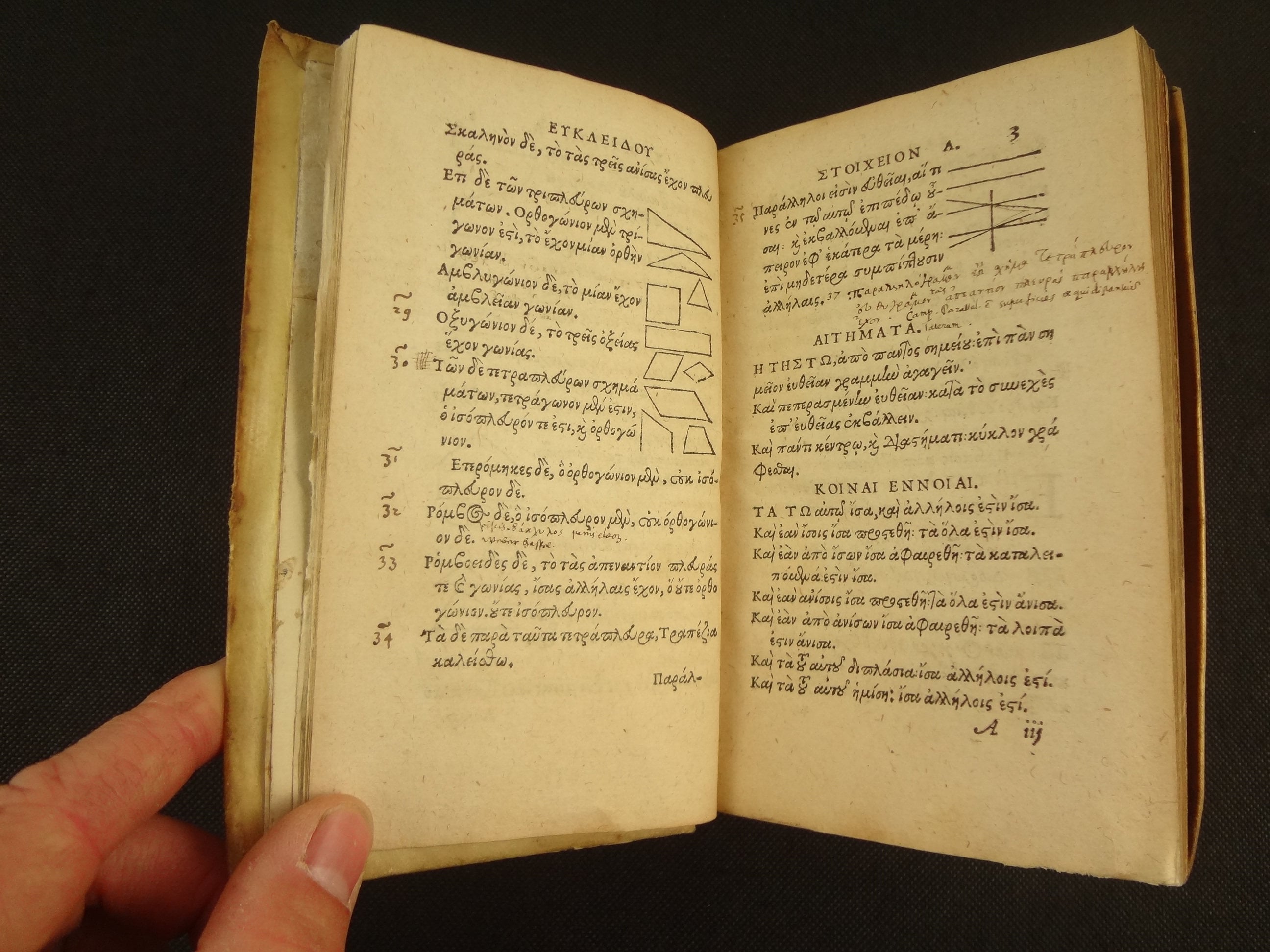 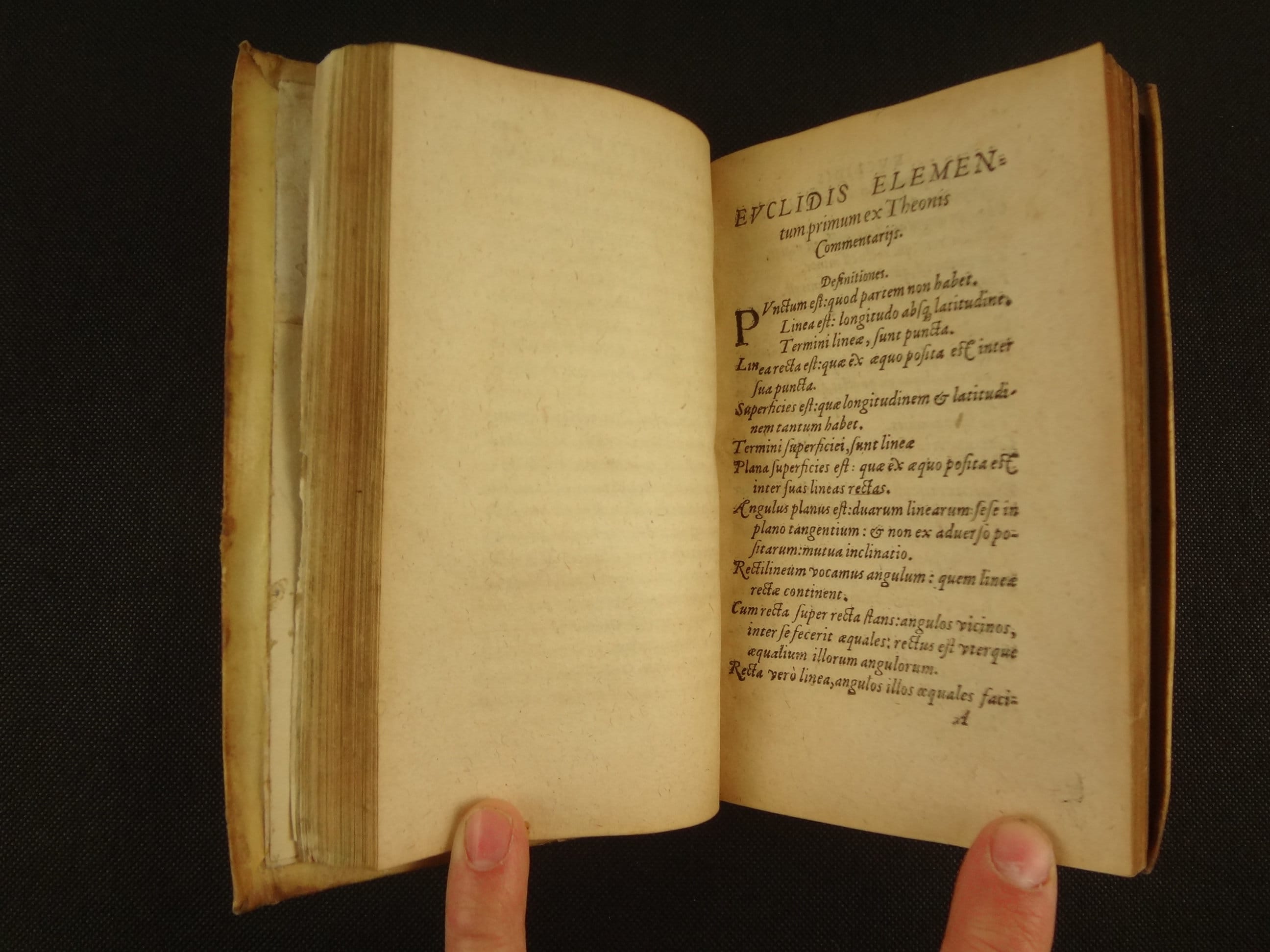 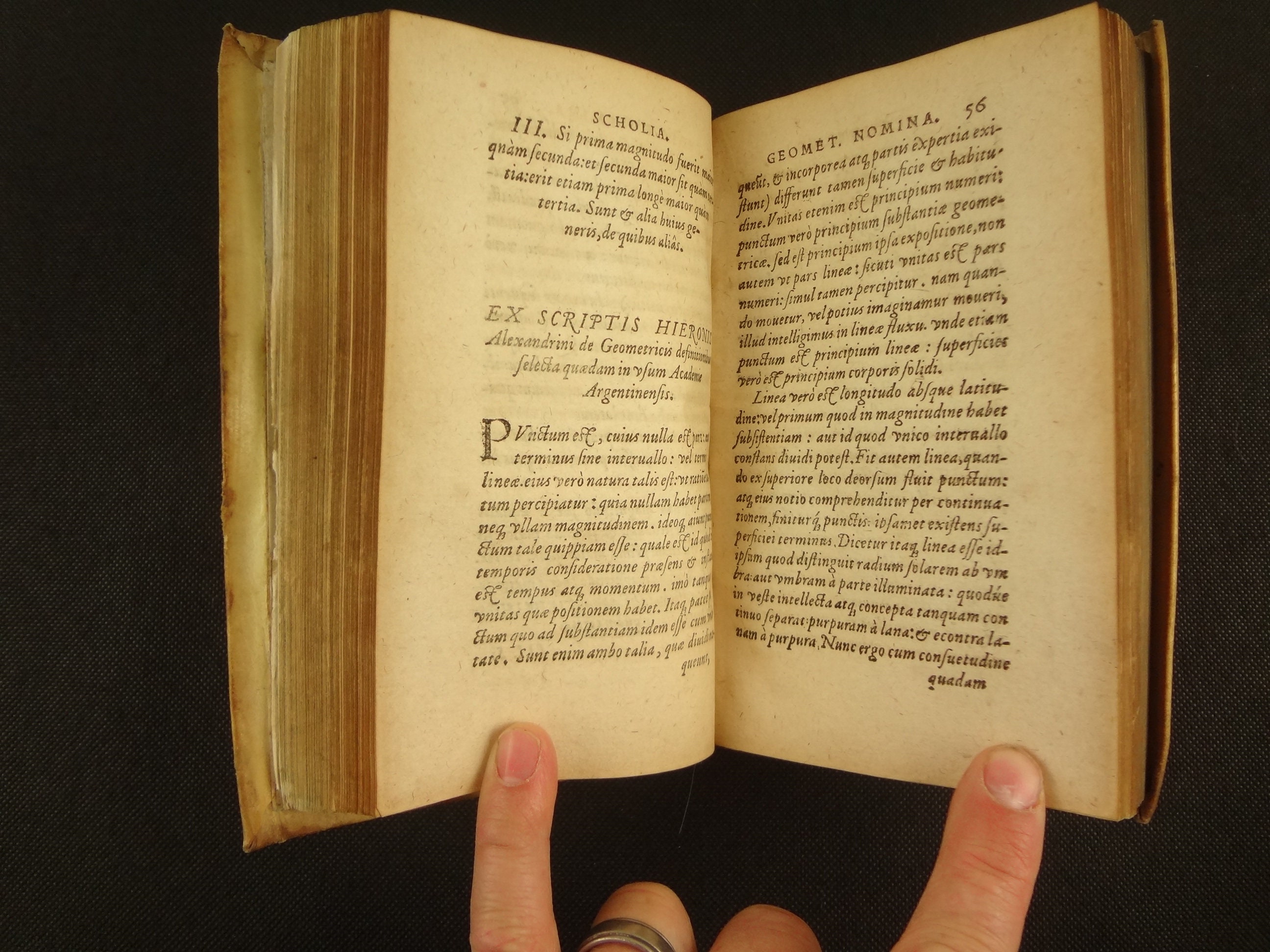 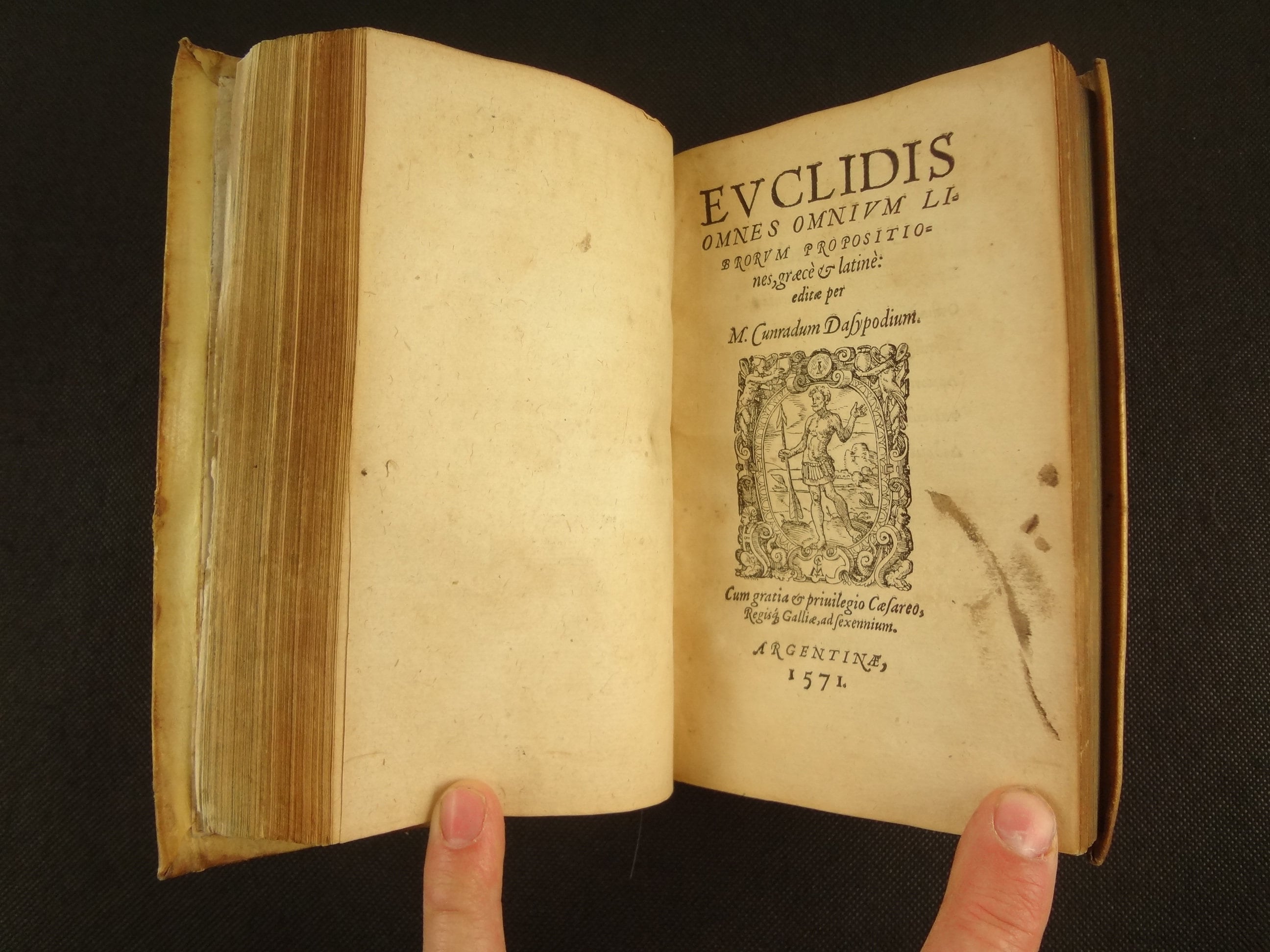 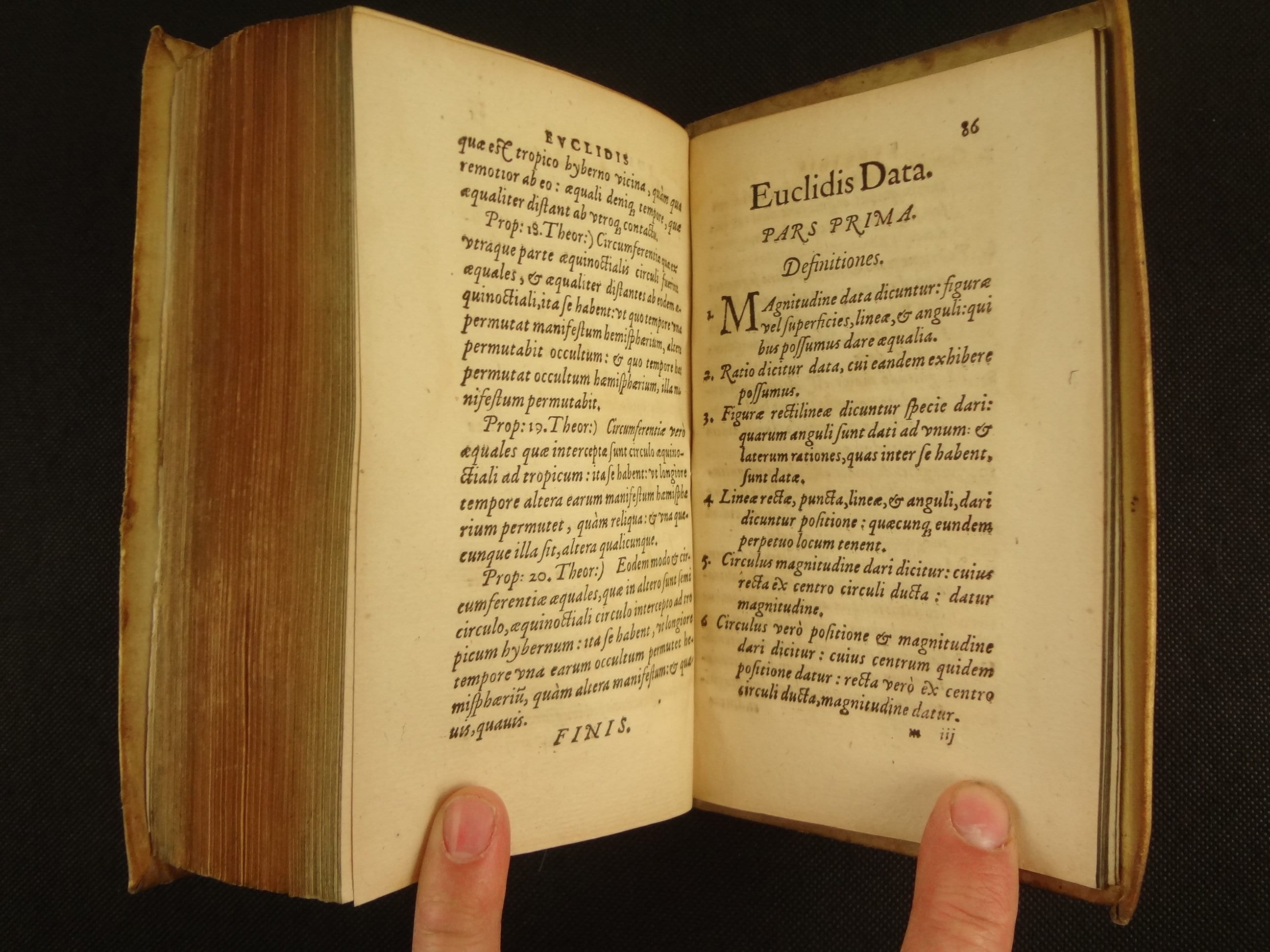 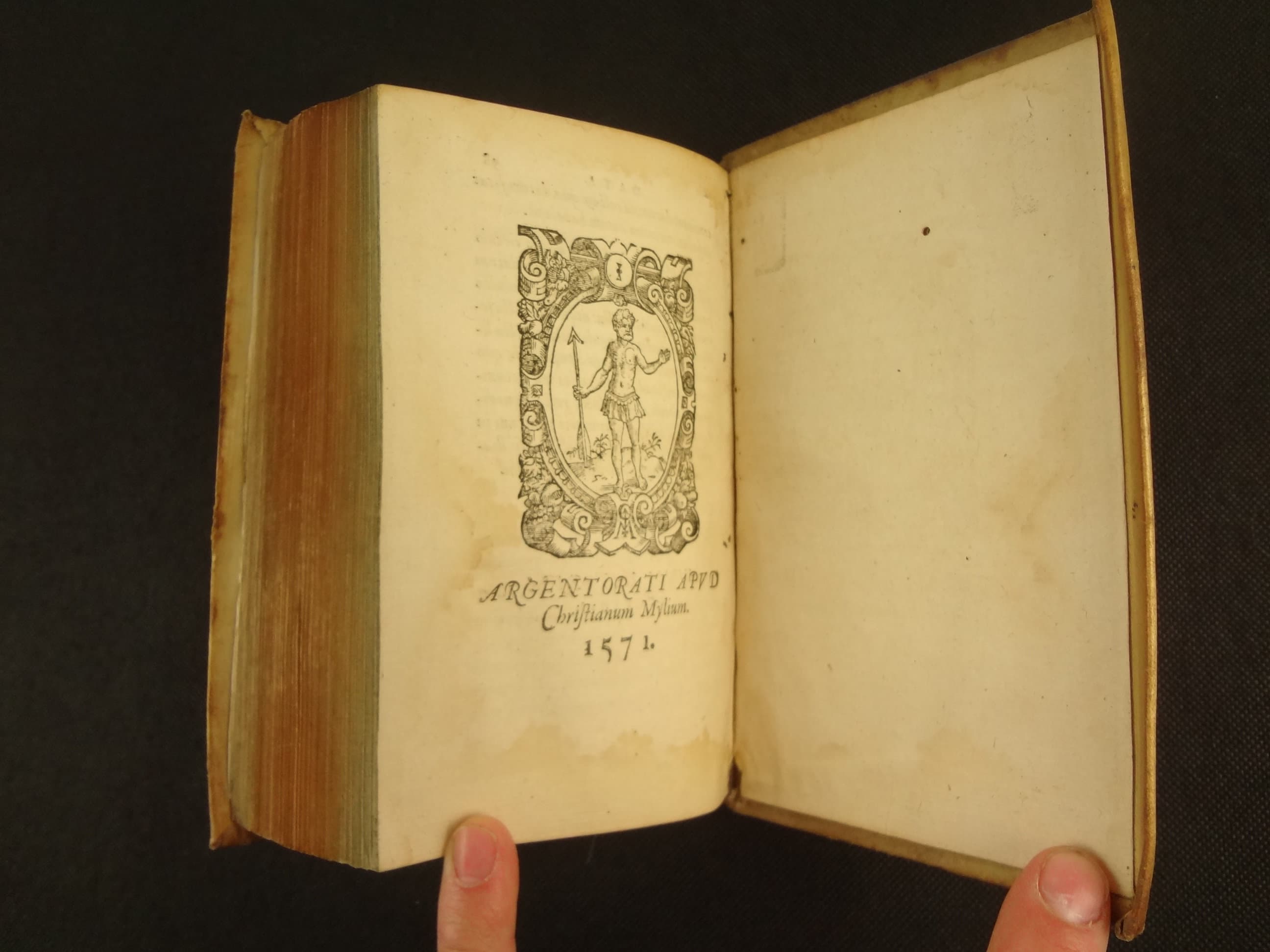 1571 Latin and Greek edition of Euclid's Elements and other works, including the 1st known Greek printing of Data. Also, some passages from Hero(n) of Alexandria.

Euclid in Print, 1482-1703 (Wardaugh, Beeley, Nasifoglu) describe this edition as a re-issue of the 1570 Strasbourg edition, with the noted addition of Data, stating "This appears to be the first printing in Greek of any part of the Data. The Latin translation differs from that of Zamberti/Herlin and is probably new".

Regarding Elements, they note "The Euclidian text appears to be reprinted from that of the Strasbourg 1564, using the same blocks for the diagrams... the volume also contains, in Greek and Latin, a Vocabula Geometrica and Vocabula Steriometrica attributed to Heron.

The translations are largely attributed to Conrad Dasypodius, the Strasbourg professor.

The Elements is a mathematical treatise consisting of 13 books attributed to the ancient Greek mathematician Euclid in Alexandria, Ptolemaic Egypt c. 300 BC. It has proven instrumental in the development of logic and modern science, and its logical rigor was not surpassed until the 19th century. - Wikipedia

Oldest ticket appears to relate to old ("veteris") library of Giessen, Germany. Also with an Ex Libris of Hermann Rauchfuss, dated "1895" in the township of Schloss; Rauchfuss appears to have written a history of Thuringia (Alte Geschichten und neue Sagen aus Thuringen). Ticket on rear pastedown of Berlin bookseller and publisher Max Harrwitz, while in his Potsdamer location (pre-1908); Harrwitz is memorialized with a "stumbling block" in Berlin, as one of those who were "murdered, deported, expelled or driven to suicide under National Socialism" since he lost his home in the 1930s and perished in a German camp in 1942.

I nitpicked, but a nice book that collates well.