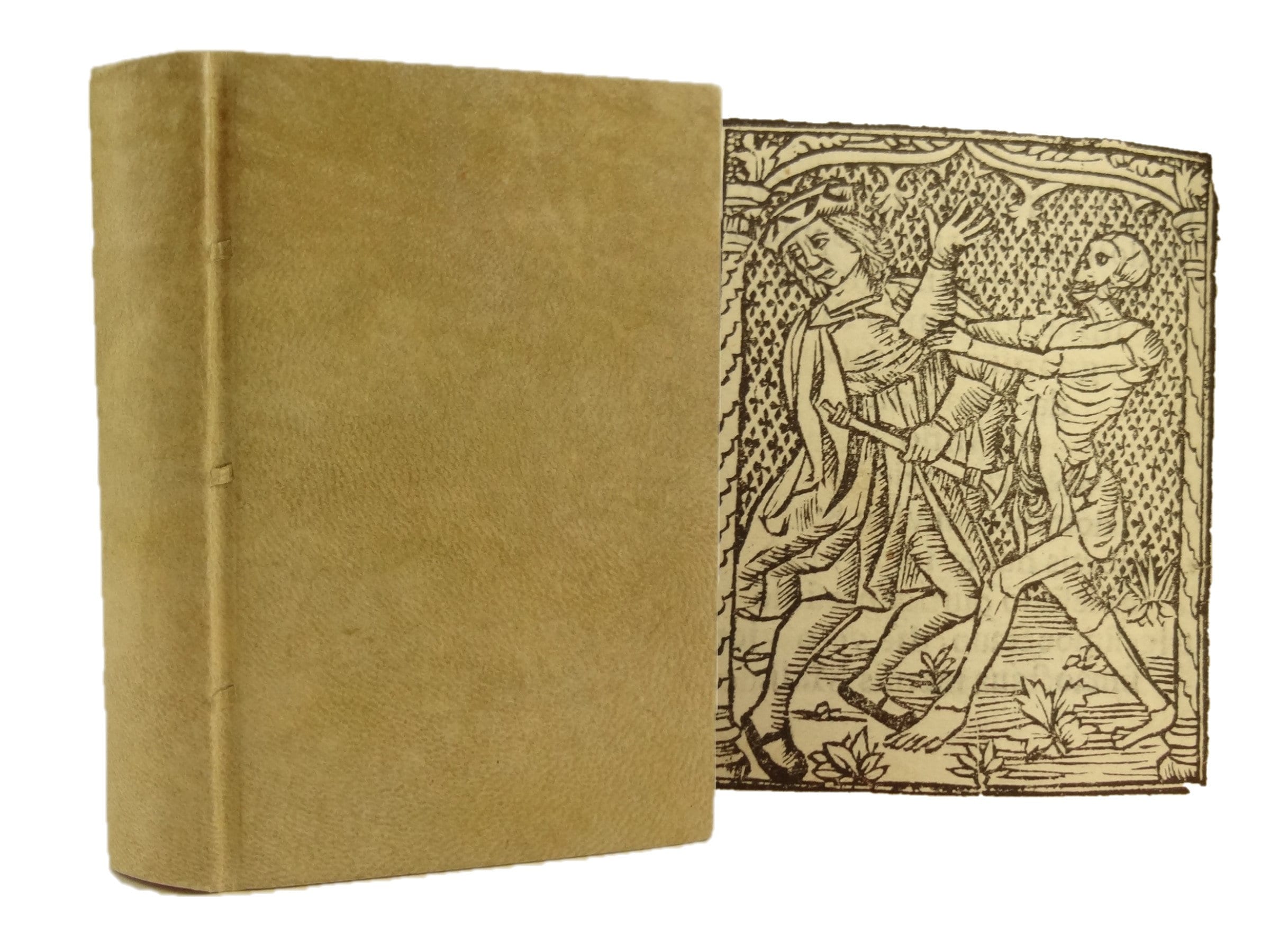 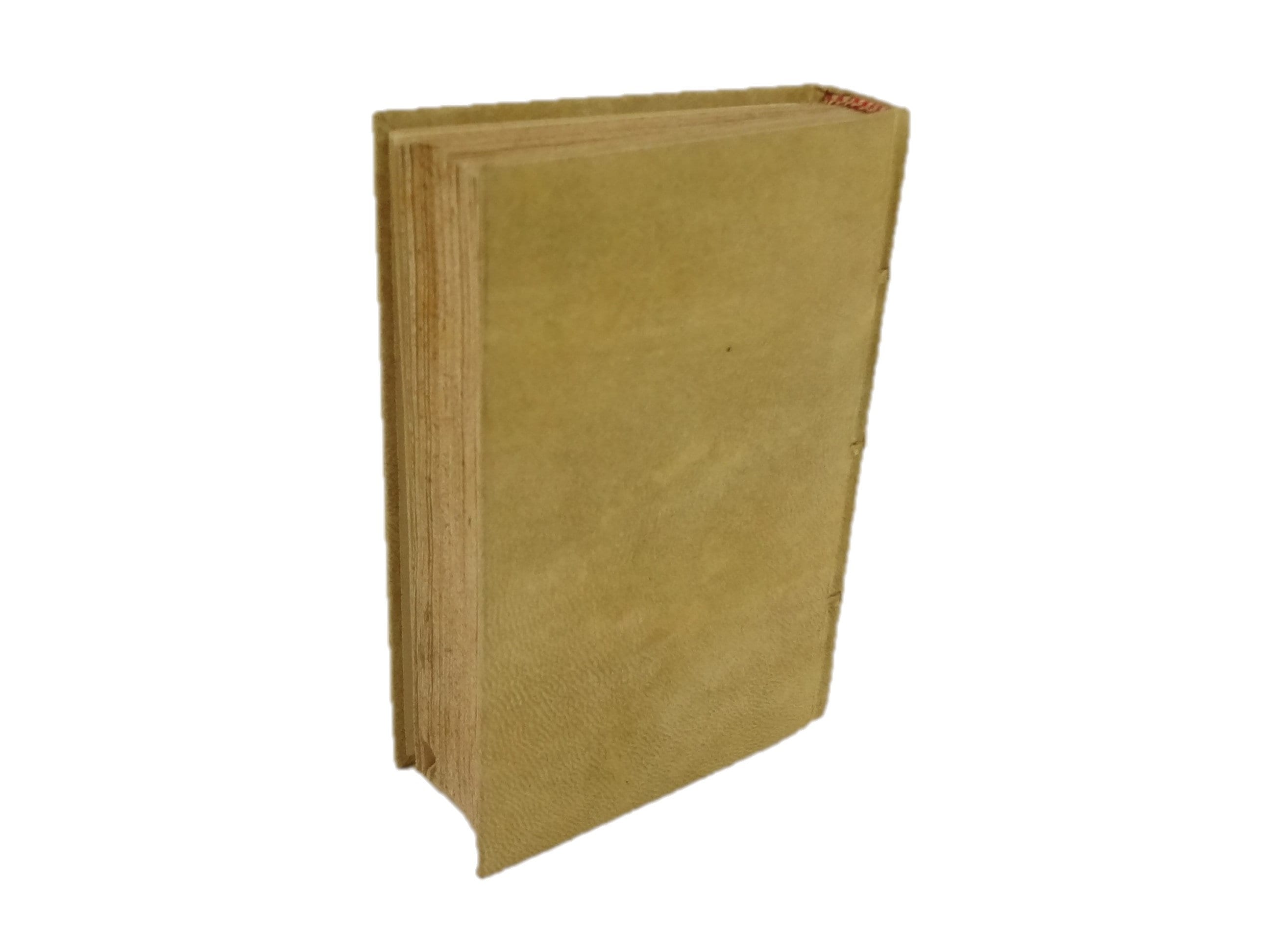 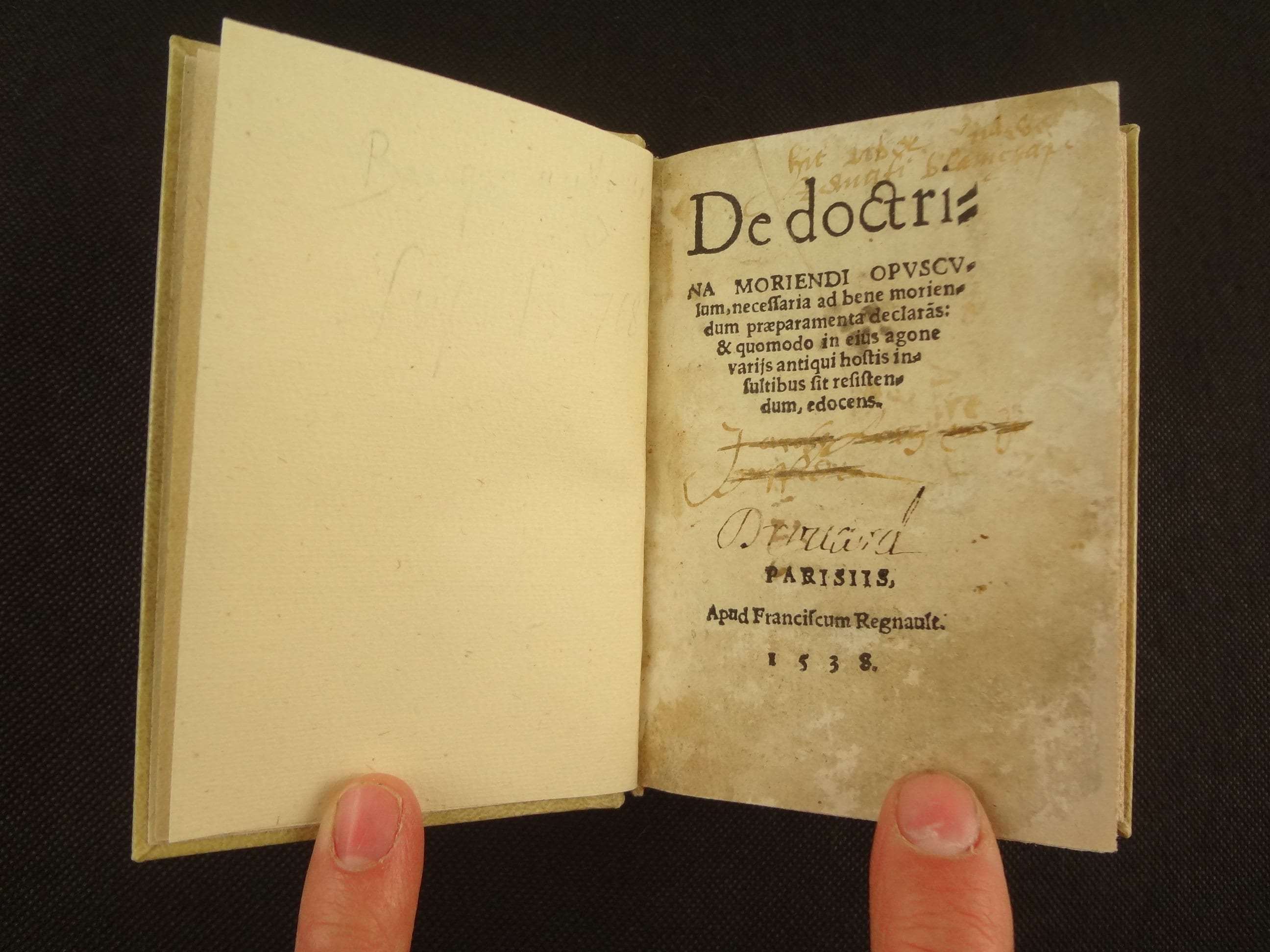 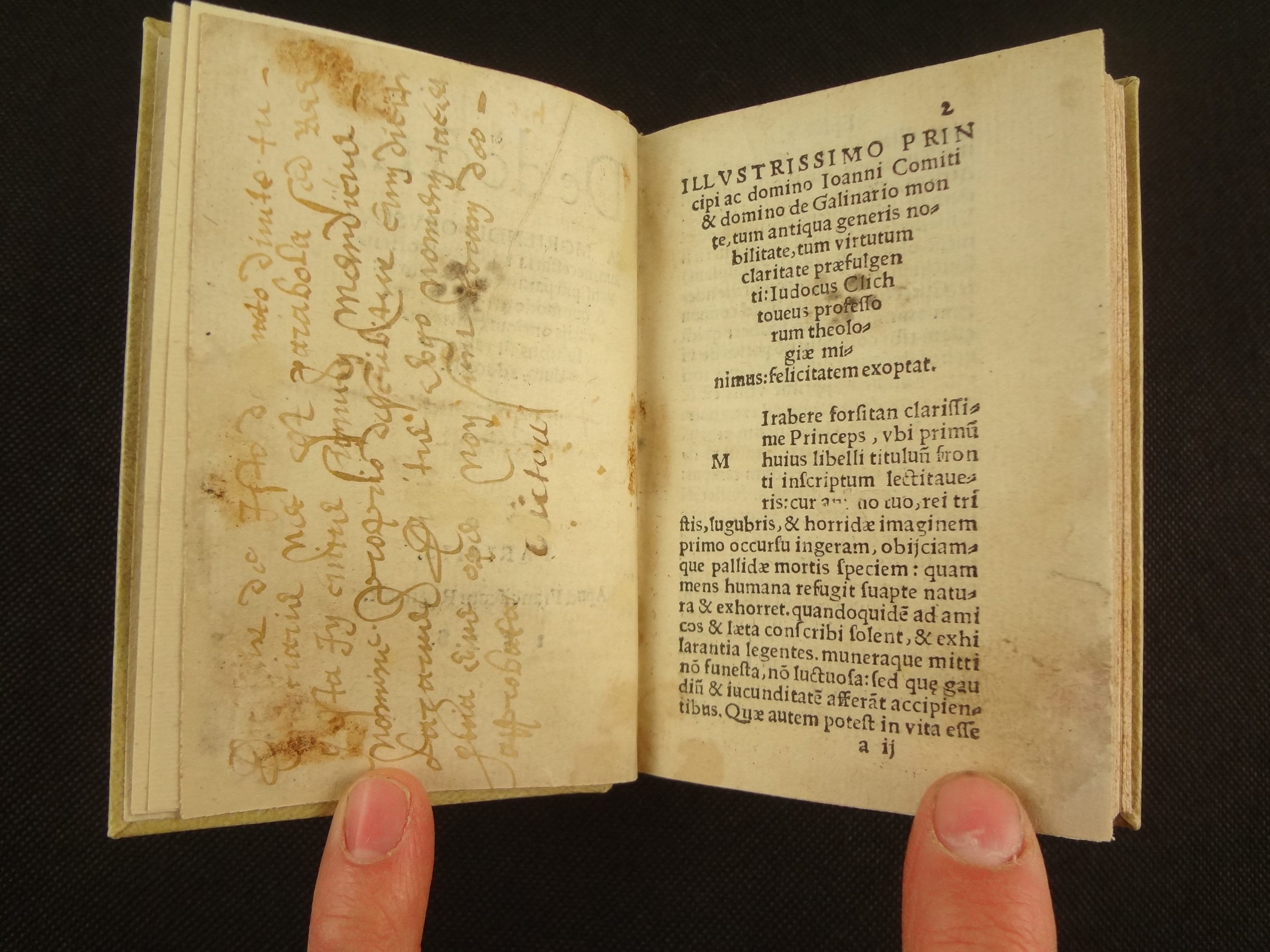 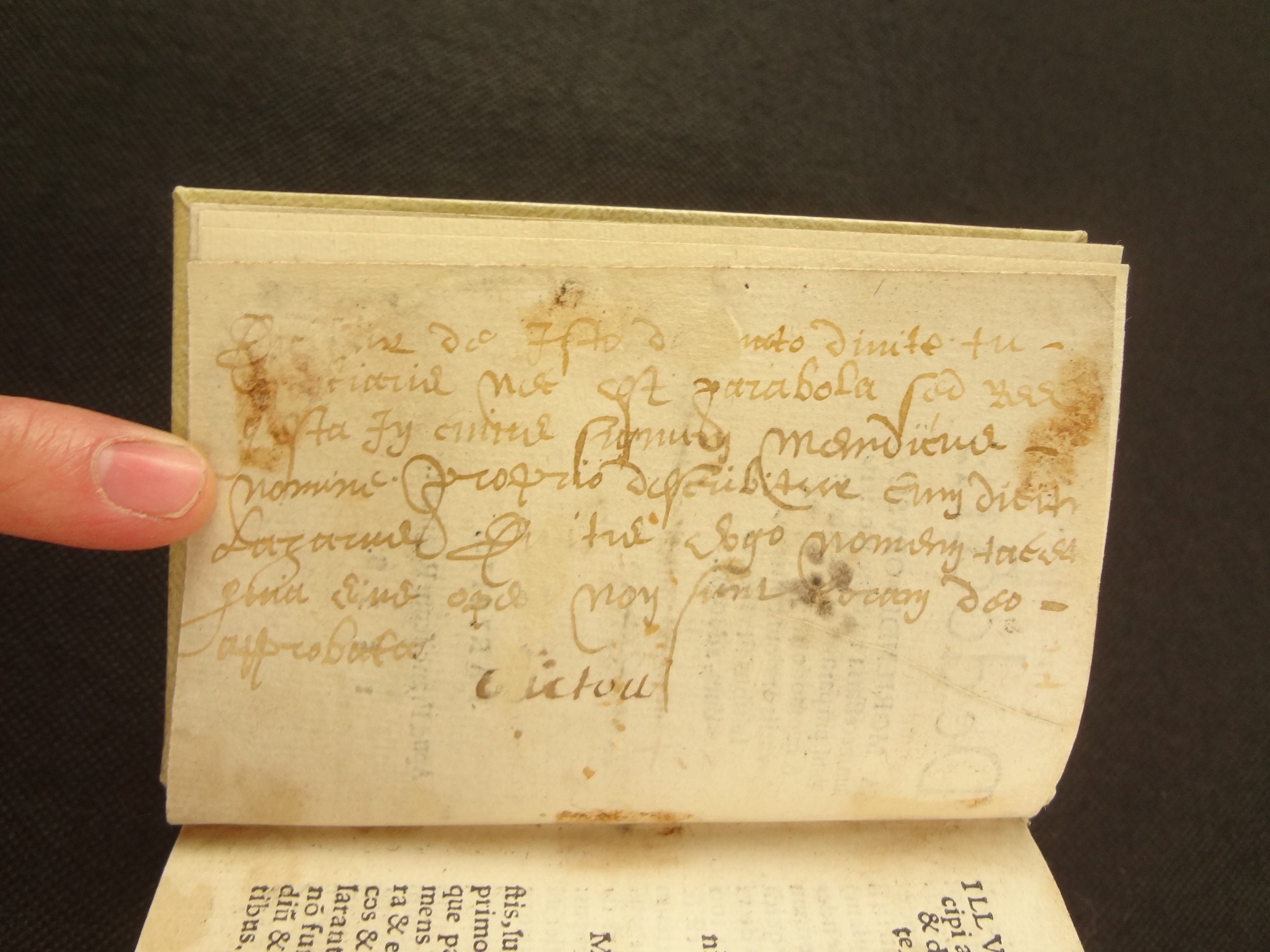 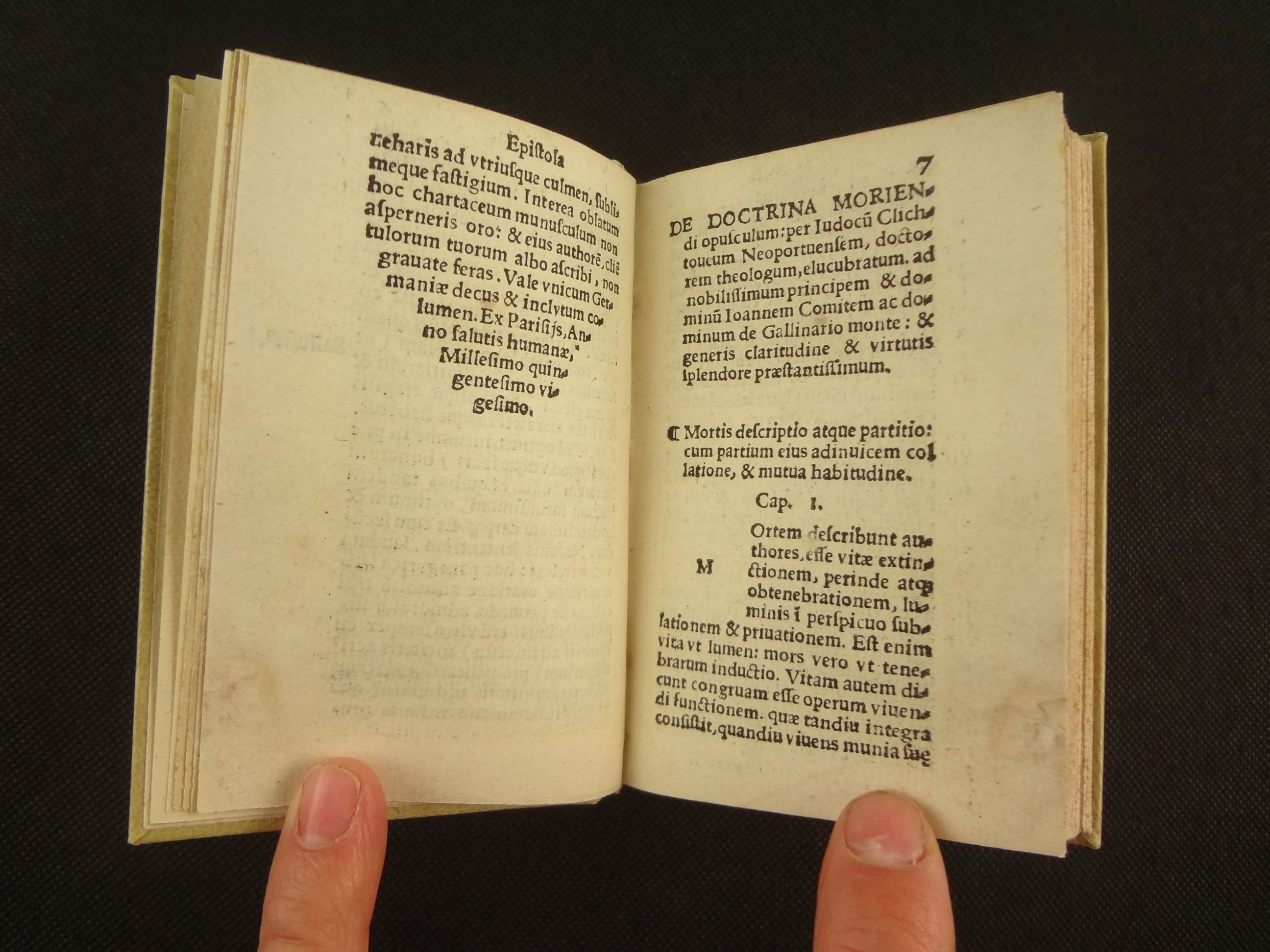 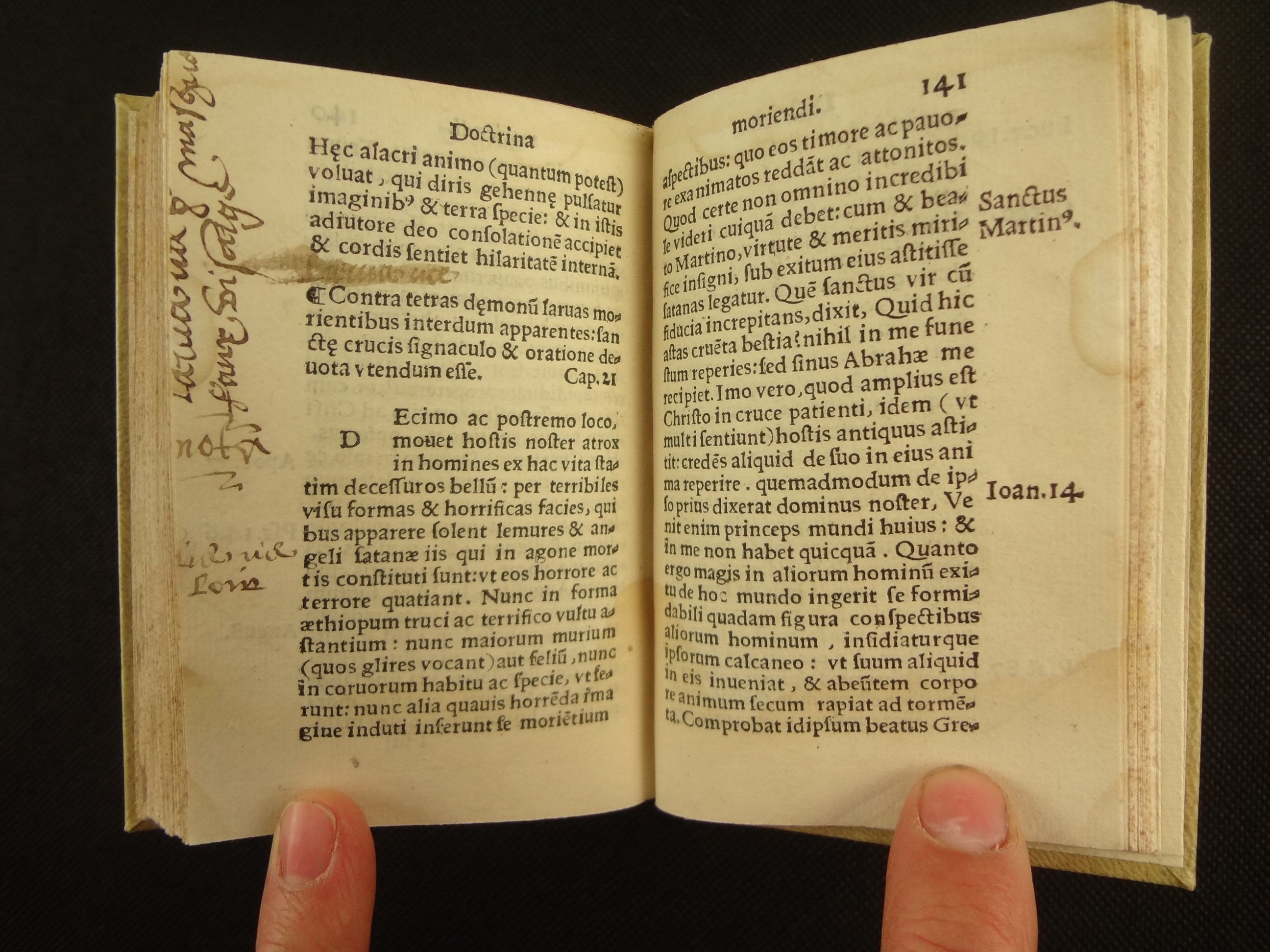 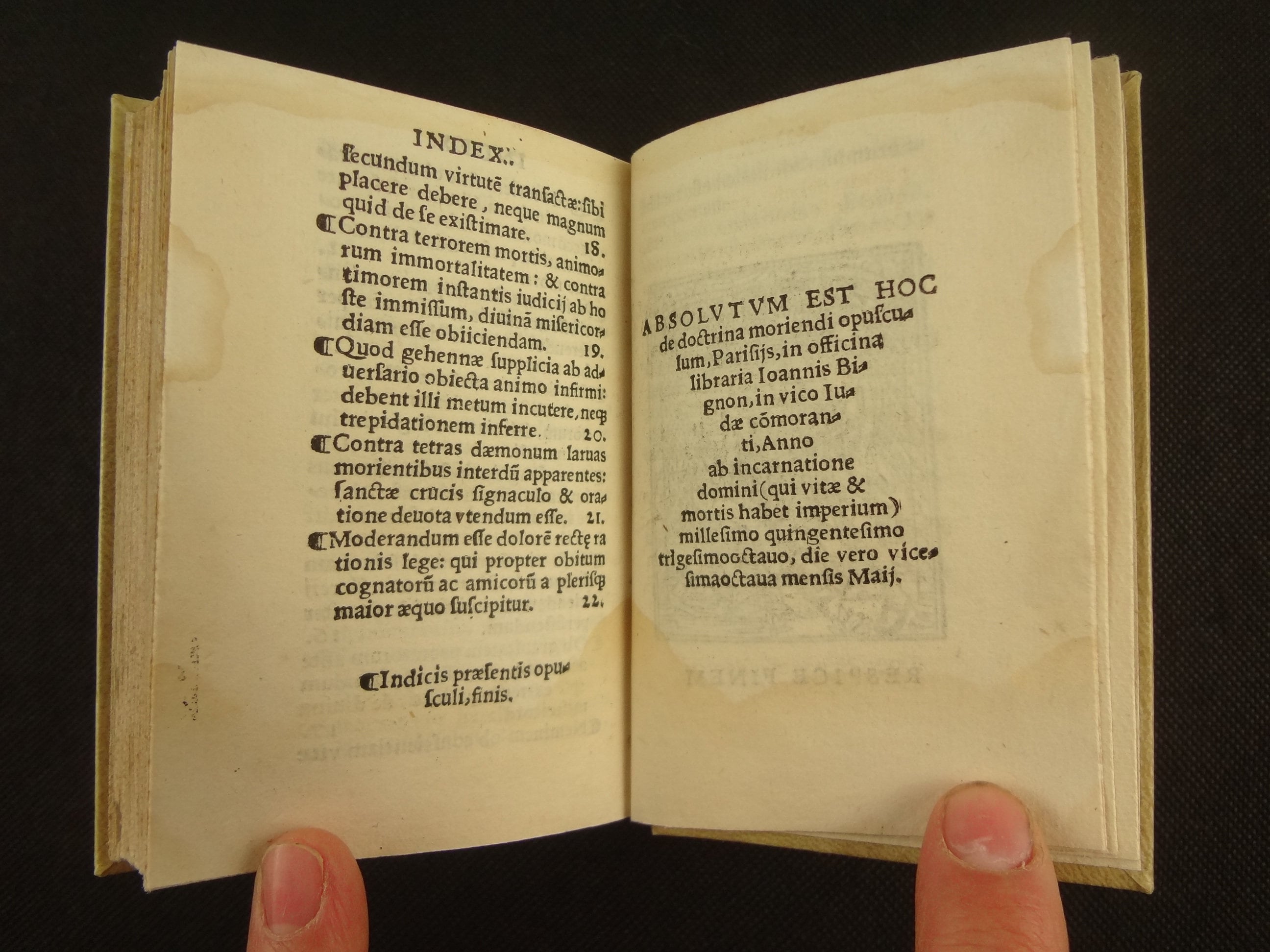 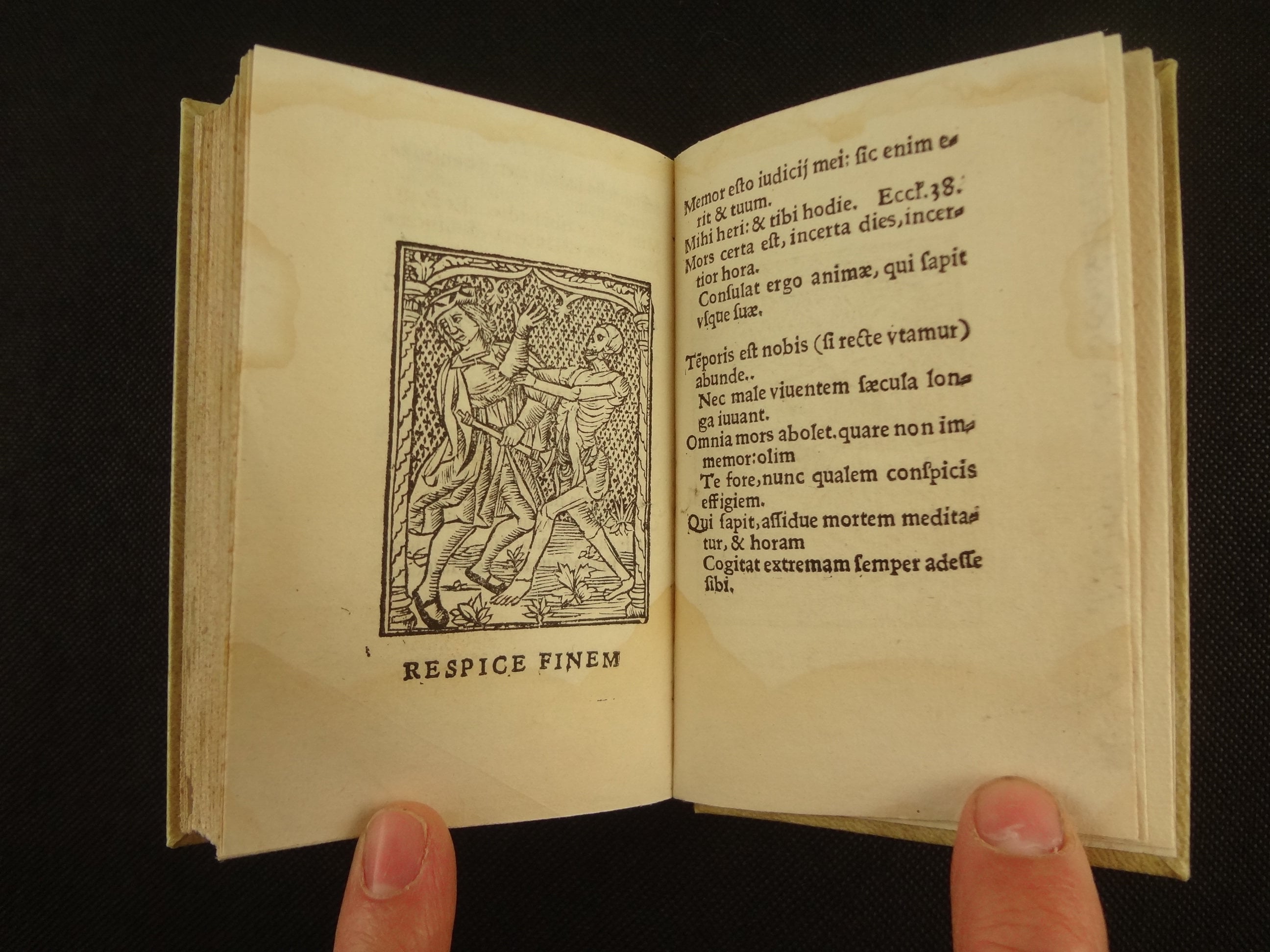 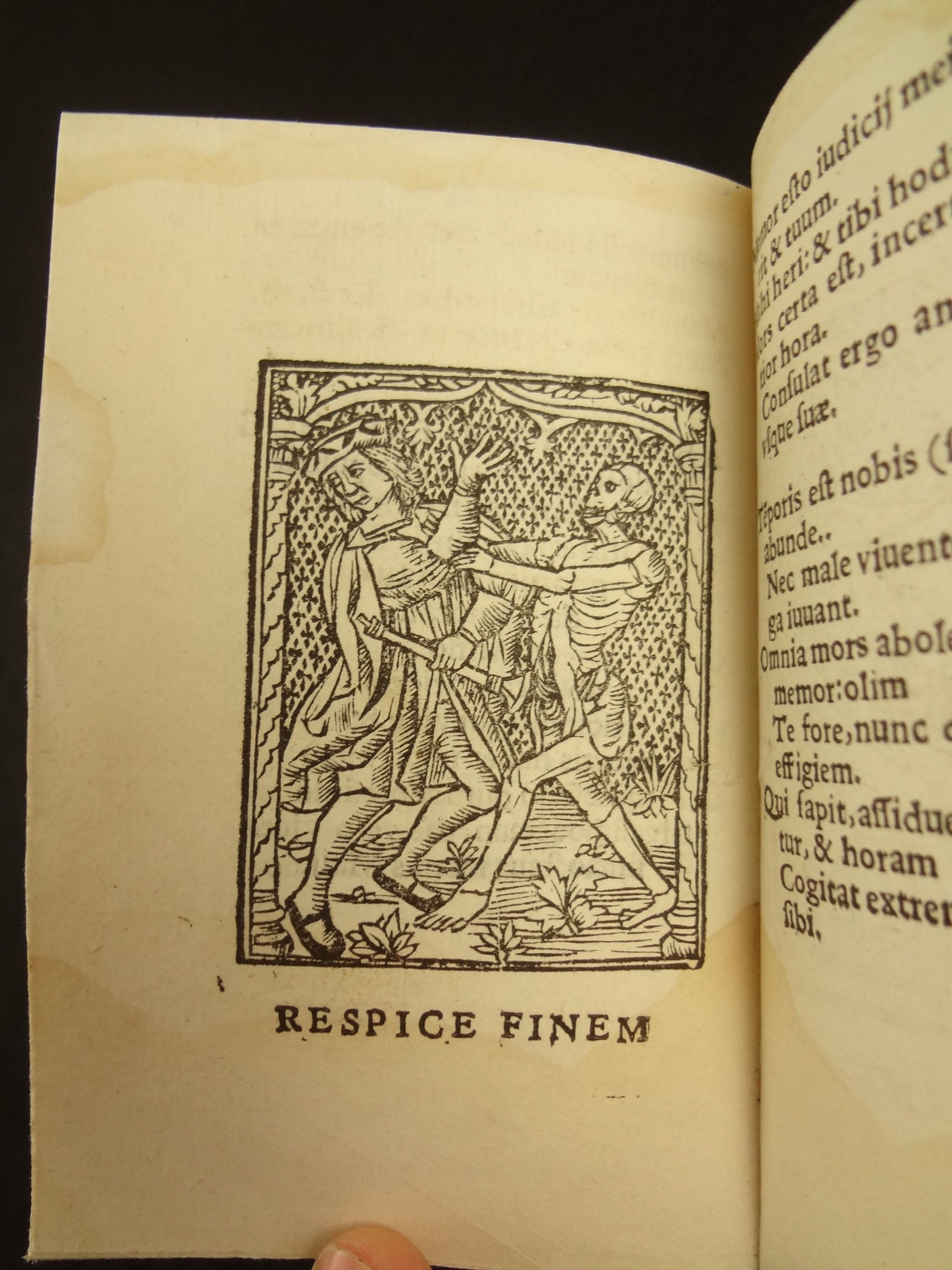 While typographically similar, the Roigny edition of the same year has a different "Respice Finem" woodcut. The title page, colophon's stated location of printing, and the woodcut's similarity, but slight changes, allude to some type of gaming. I've read that the Frankfurt Book Fair only allowed "new" editions; the extreme similarity between the Roigny and Regnault editions, with small changes to only several leaves, make me wonder if the printer's were using (largely) the same printing plates, but with small changes to provide entry into Frankfurt (or something similar) for both printers.

Which roughly translates as: An essay on the doctrine of dying, declaring the necessary preparations for dying well, and how in their agony they must resist the various assaults of the ancient host.

There's some opportunity for scholarship. The verso of the title page has a lengthy inscription, which I've been unable to decipher.

See pictures. Fresh binding and endpapers; obnoxious graphite pencil bookseller notes erased (but still slightly visible) from blank endpapers. Some darkening to title page; paper repairs throughout (well done). I'm going to guess it was without a binding for some period before it was restored. Annotations and strikethroughs on verso and recto of title page, and throughout; trimmed at edges with rebinding. Dampstaining throughout, but book is entirely dry and without odor (likely restored after moisture marks were caused). Less than 1 cm wide nibble at fore-edge from start until p28, marginal only. Occasional thumb, toning, fox spot, dog-eared page. Although it's seen some years, with its new binding this book performs well and is ready for centuries more of use.