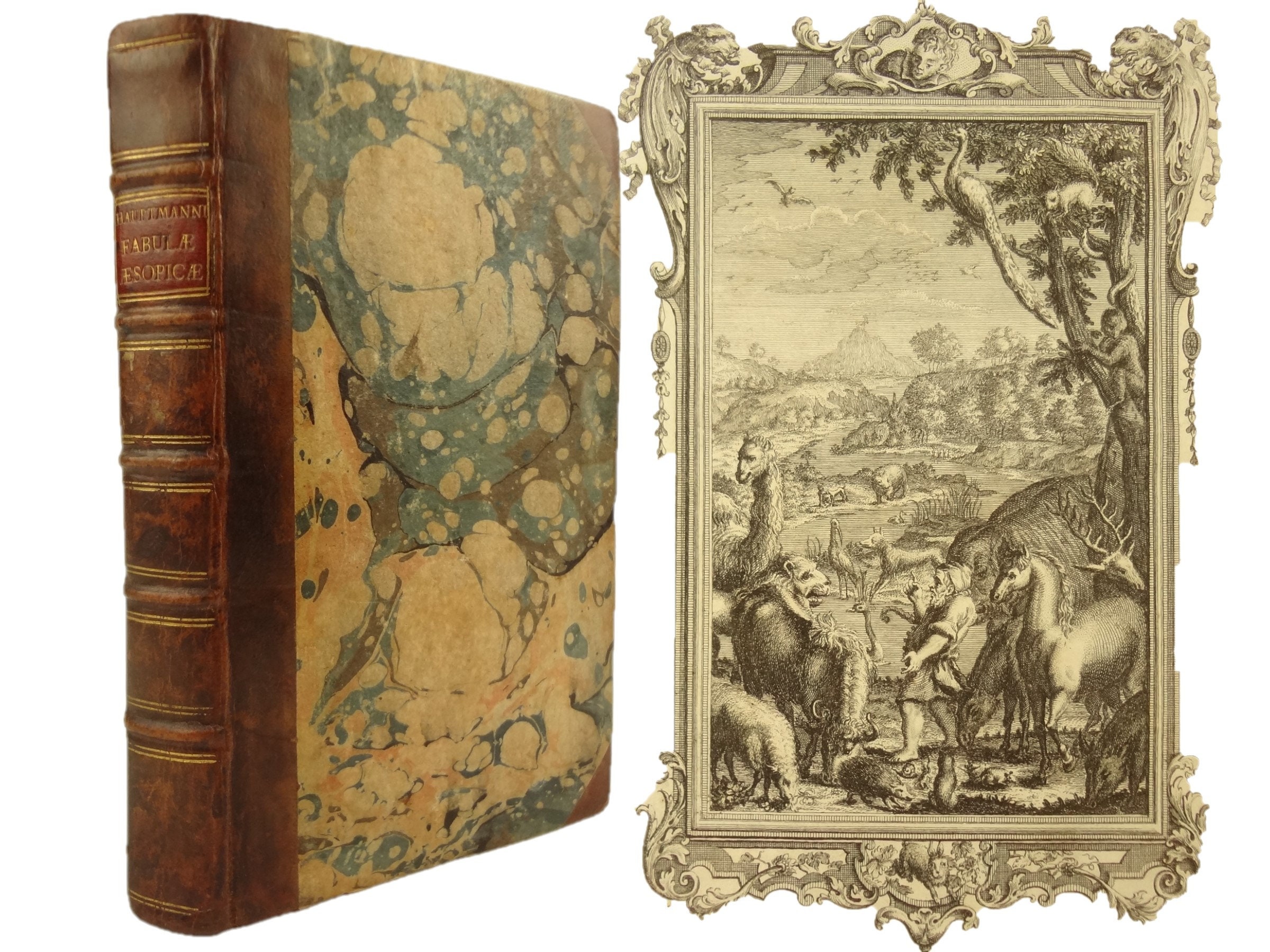 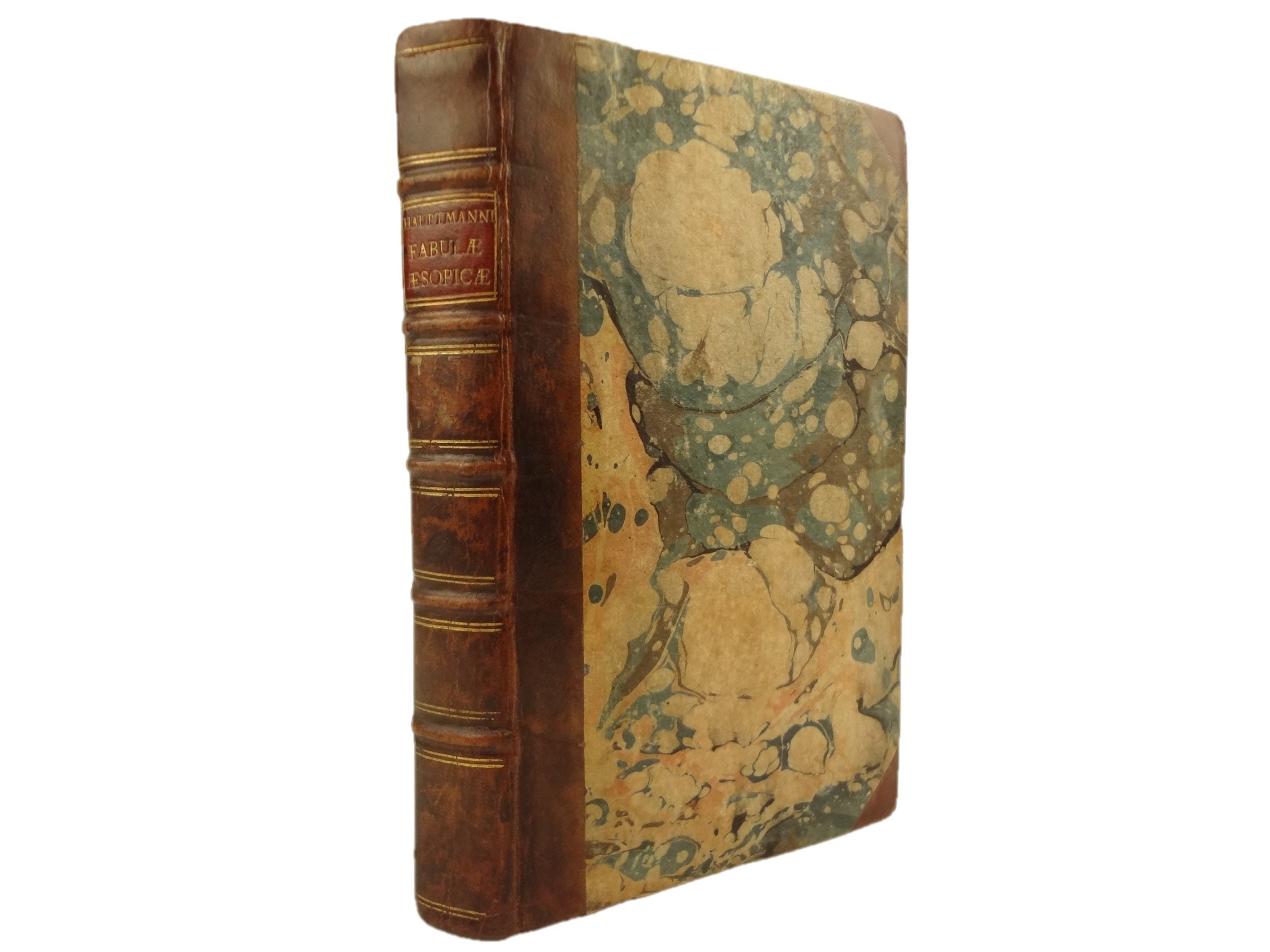 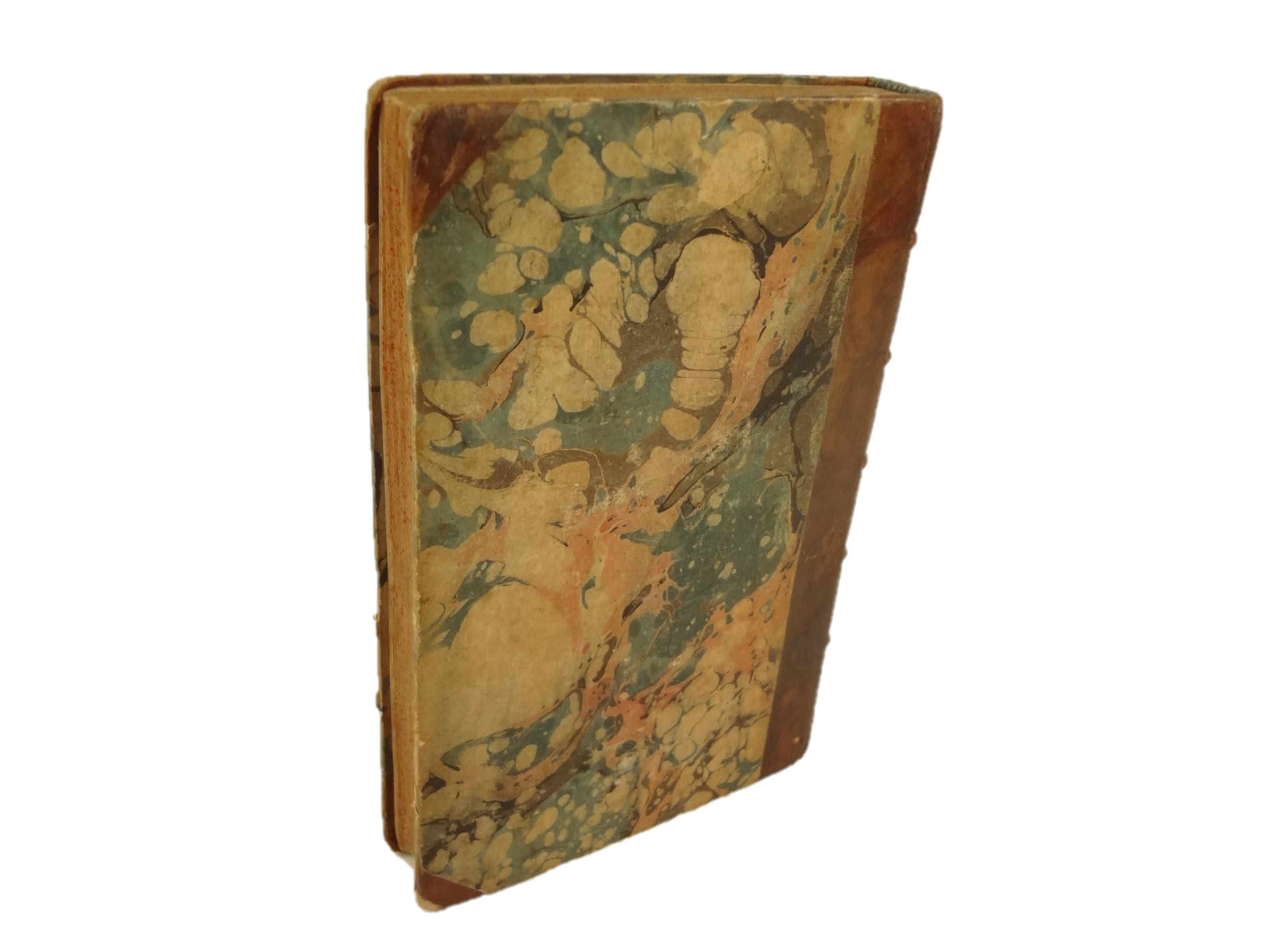 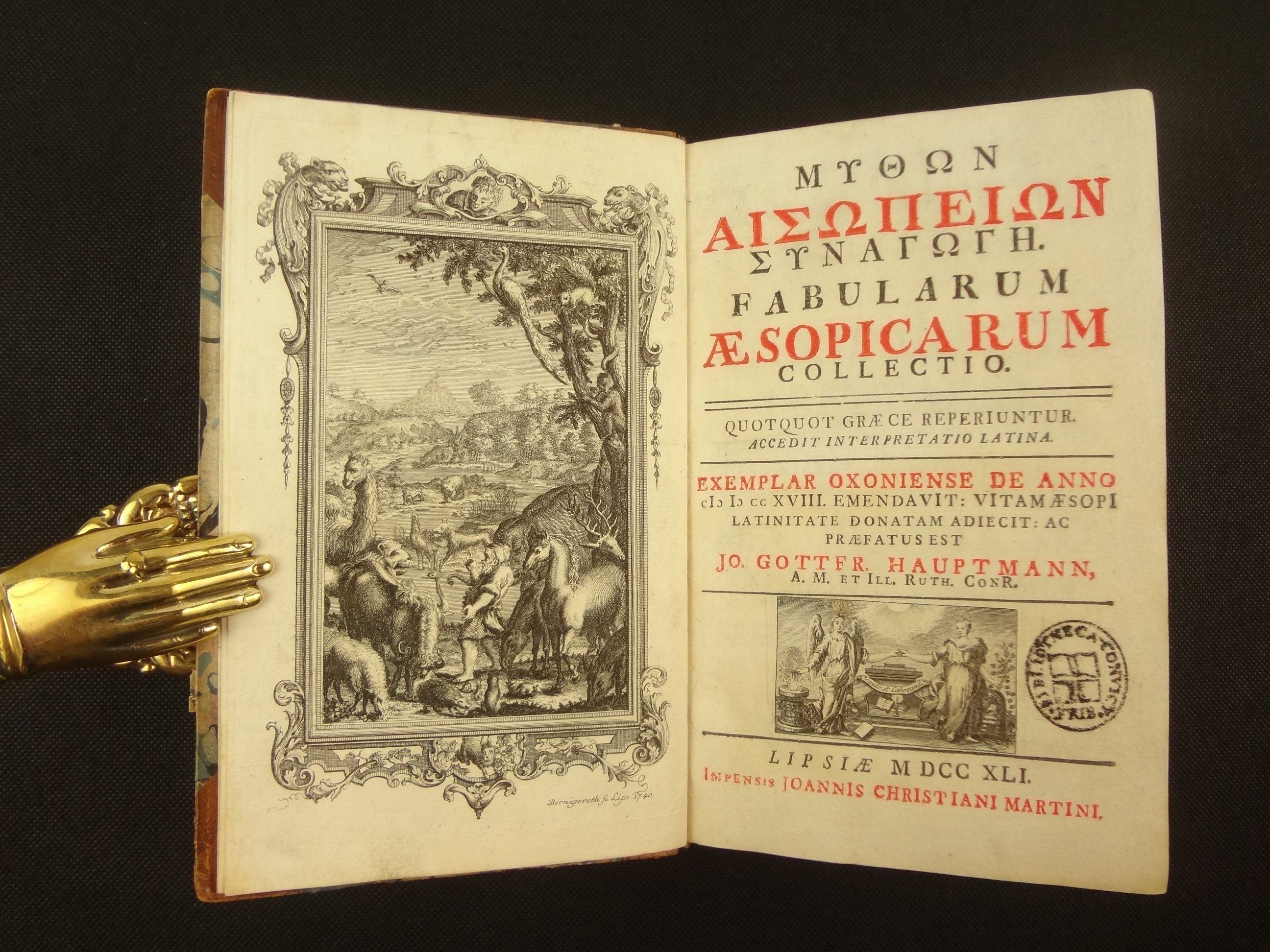 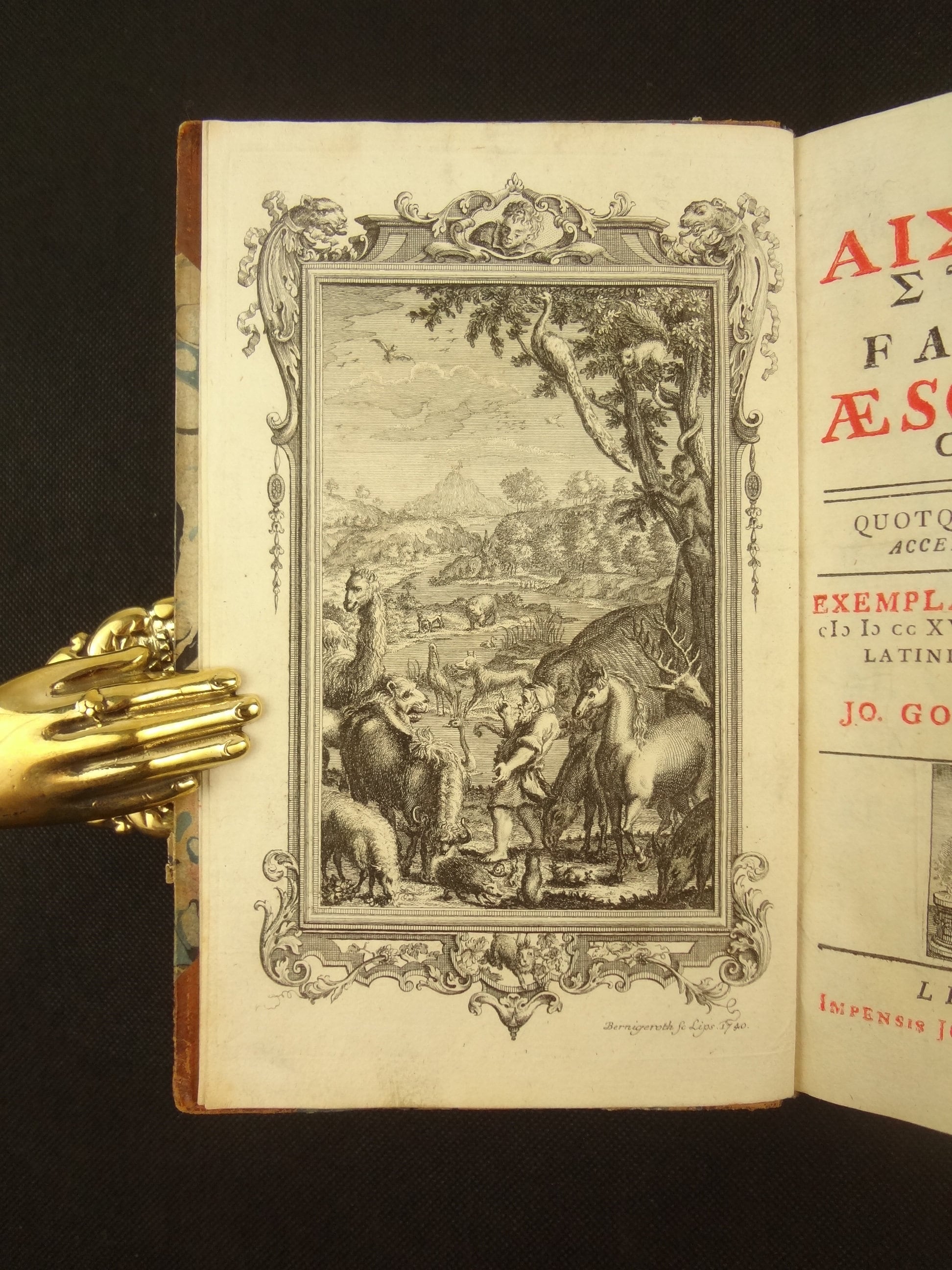 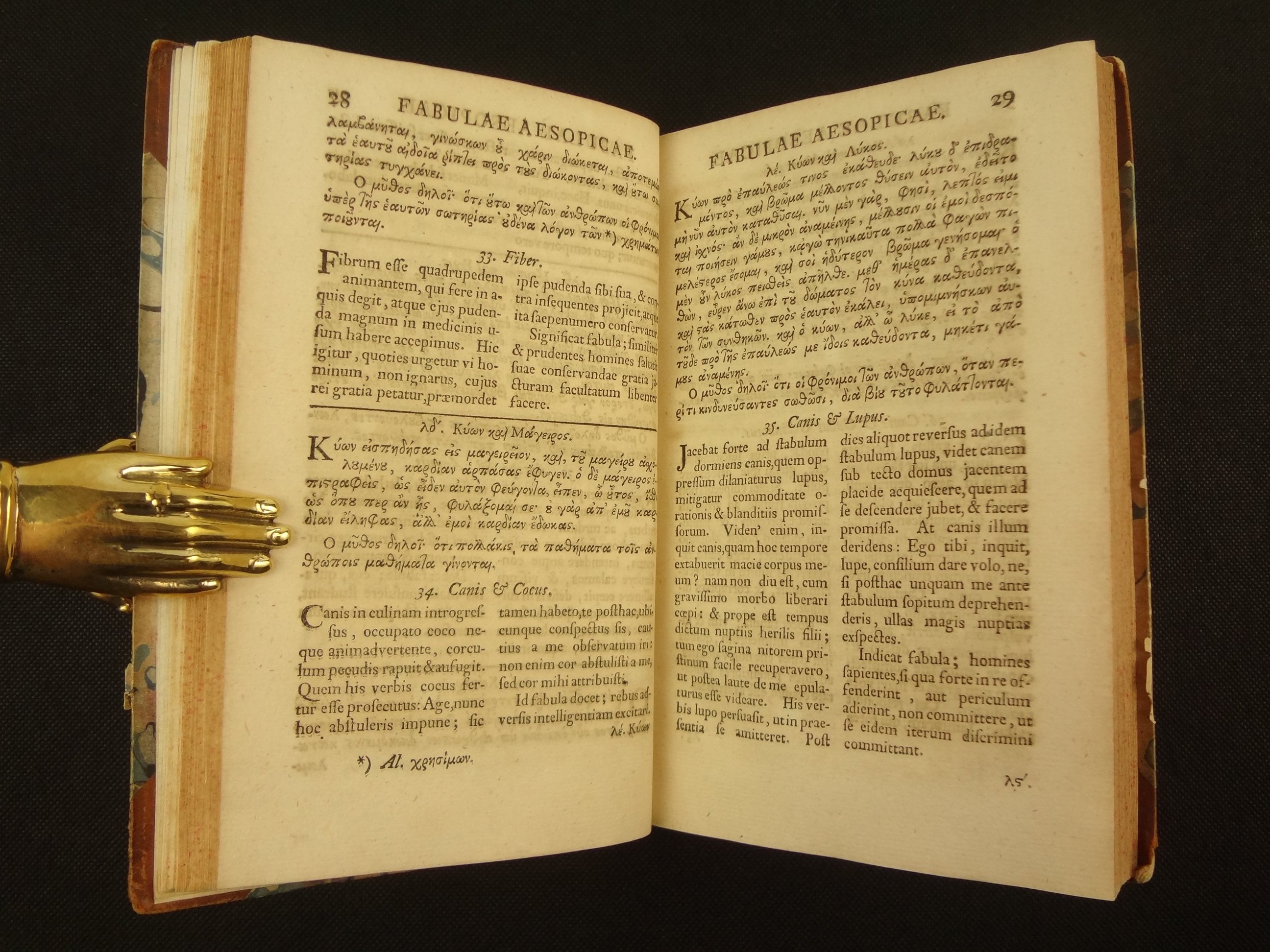 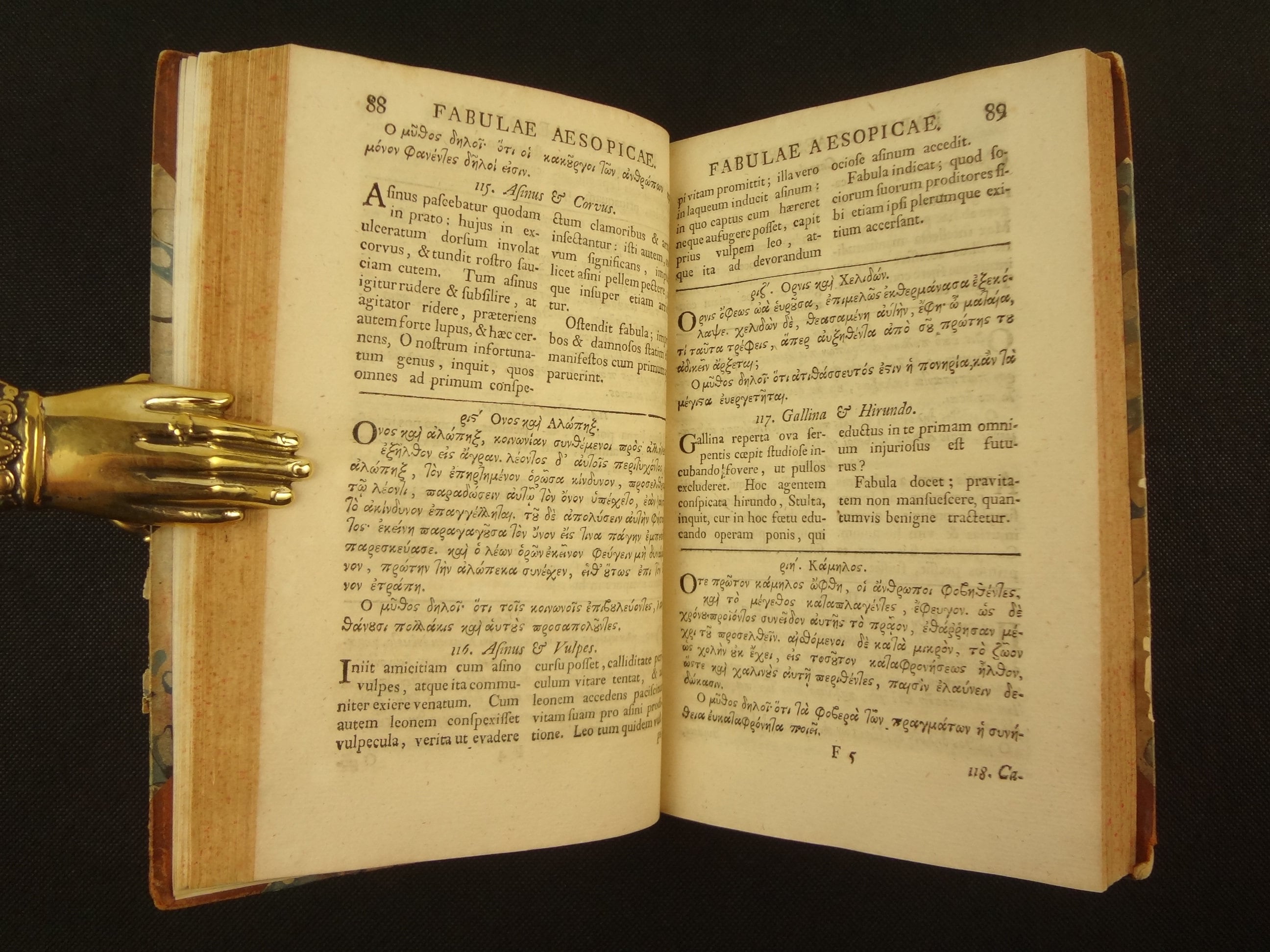 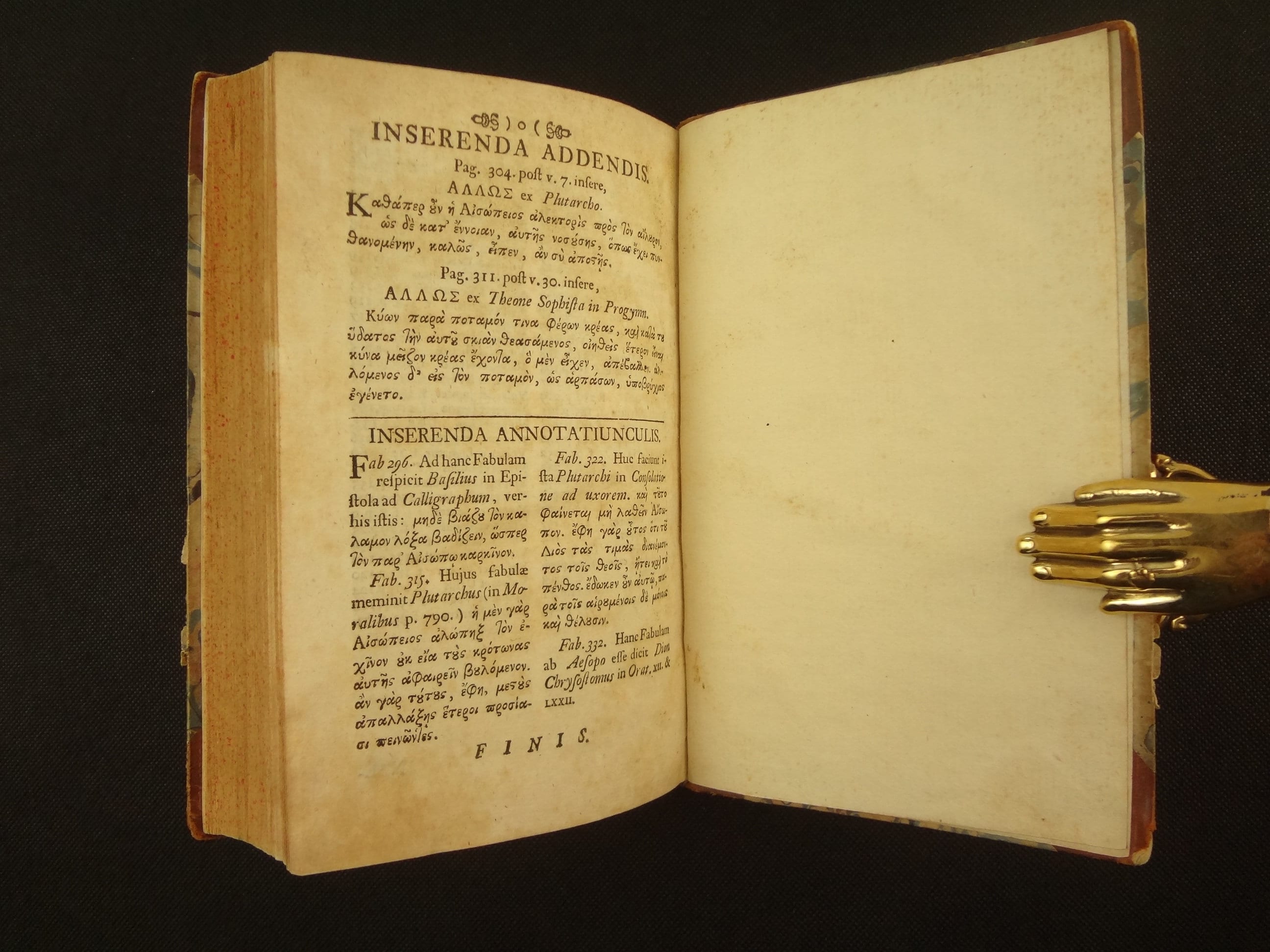 A handsome Greek-Latin Aesop's fables, printed in 1741 by Hauptman. Babrius states, "As a matter of fact Hauptmann did no more than reproduce in Germany the beautiful Oxford edition of Hudson".

With that consideration, Hudson's Aesop is highly-regarded, drawing on the most original Greek sources. The 1850 Dictionary of Greek and Roman Biography writes (p.48),:

"The principal editions of Aesop's Fables are 1. The collection formed by Planudes with a Latin translation, published at Milan by Buono Accorso at the end of the 15th century . 2. Another edition of the same collection , with some additional fables from a MS . in the Bibliothèque du Roi at Paris , by Robert Stephanus , 1546. 3. The edition of Nevelet , 1610 , which added the Heidelberg collection , published at Frankfort on the Main . These have been followed editions of all or some of the Fables , by Hudson at Oxford ( 1718 ) , Hauptmann at Leipzig ( 1741 )..."

Thomas Jefferson kept a copy of this edition in his library. It's listed as "61." in Chapter 34 of The Thomas Jefferson's Library: A Catalog with the Entries in his Own Order, 2008.

Measures approx. 19 x 12 x 2.5 cm, 8vo. Leather spine and corners, marbled paper covers the hardcover (pasteboard) boards. Spine with five raised bands ruled in double gilt fillets; one compartment with the title and author in gilt on red morocco. Sprinkled edges. Green and white endbands. Full-page frontis of Aesop addressing the animals. Printer's mark on title page. Title page printed in red and black. Several decorative headpieces.
Pages - frontis, 50, 334, Index - 10 (1st page of index mis-paginated as 343, but not a gap because the previous page calls for the Index to begin the next leaf).

See pictures. Handsome binding despite wear of time. Some rubs at corners and edges, a few rubs to the spine leather and several small remnants of a paper label. Pasteboard exposed at bottom corners. A little chipping of decorative paper at fore-edge of boards. Large thumbprint on flyleaf, a little soiling. Also, recto of frontis thumbed. Thumb at bottom of frontis. Library stamp on title page. Moisture marks on dedication page, foxing on following page. Some toning throughout. Occasional foxing and toning. Last leaf foxed. Good margins, not trimmed tight.