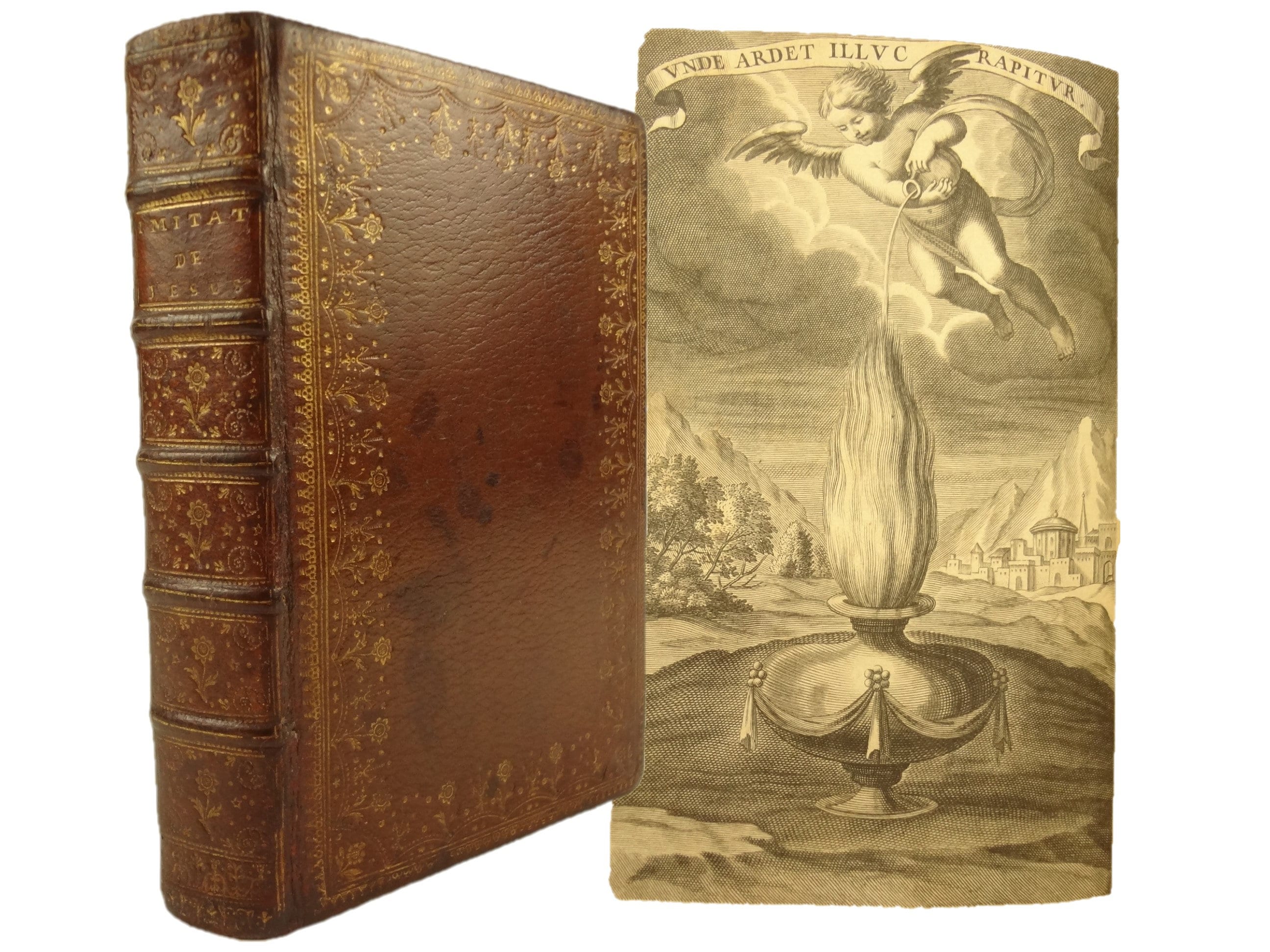 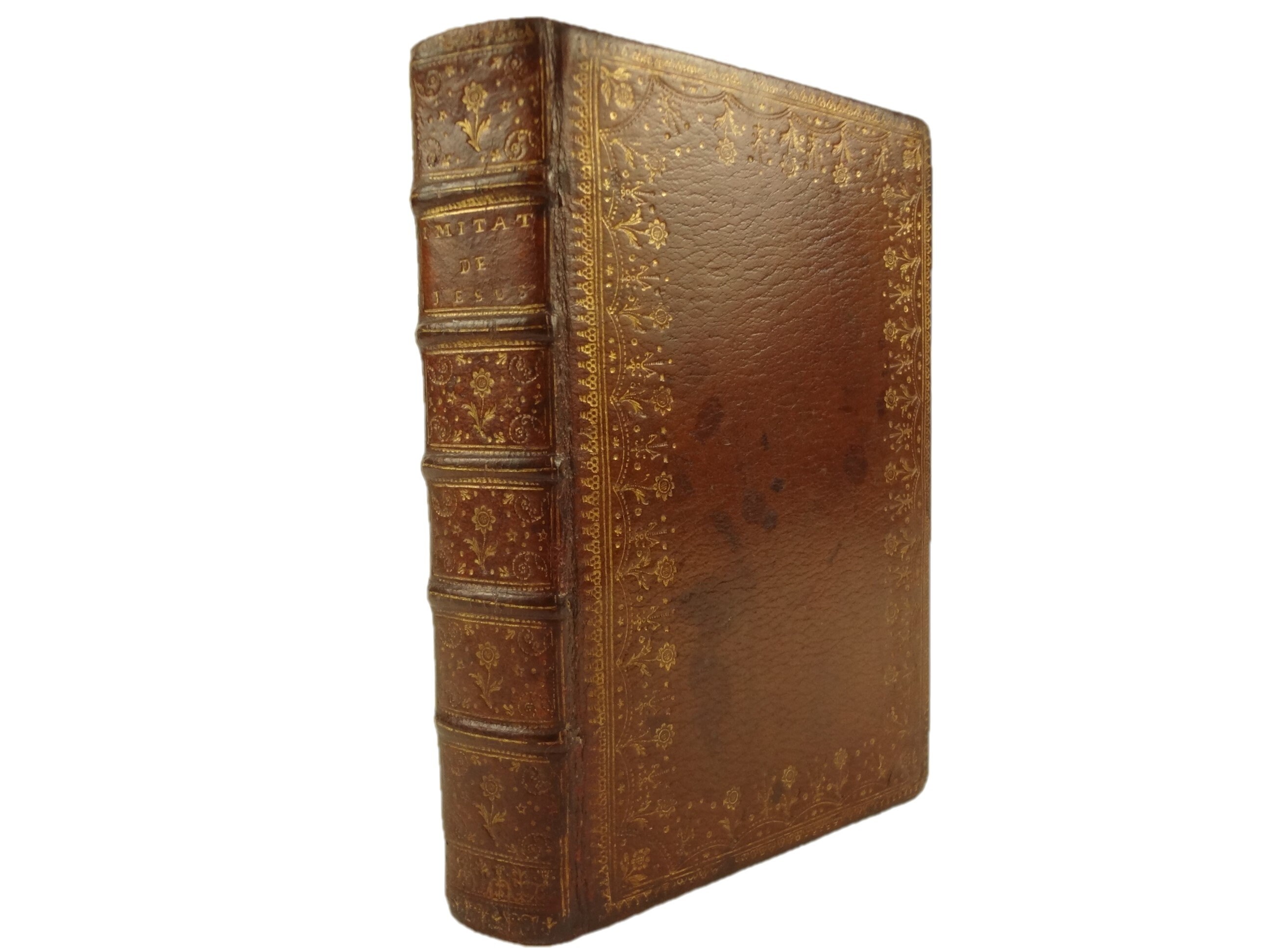 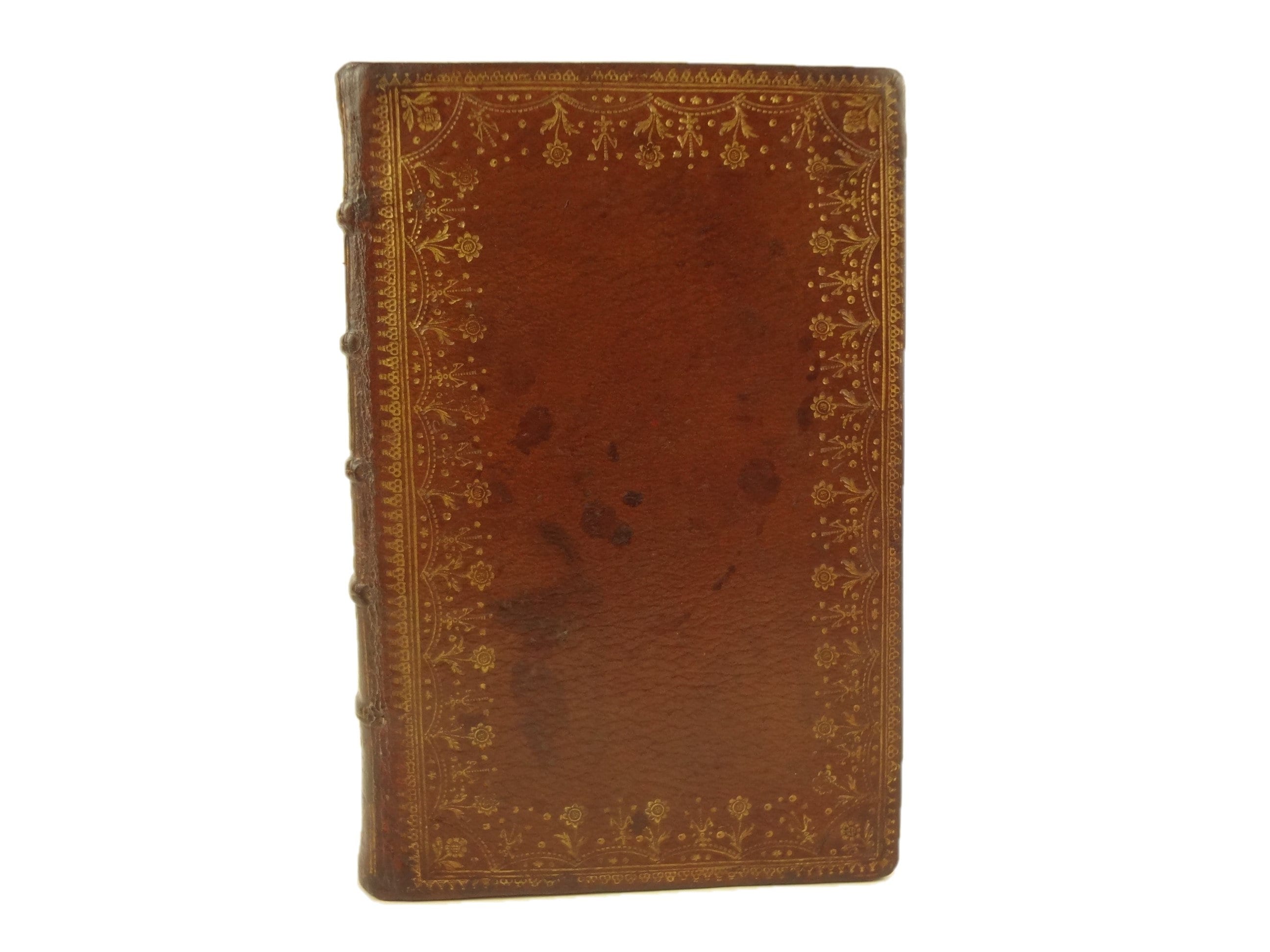 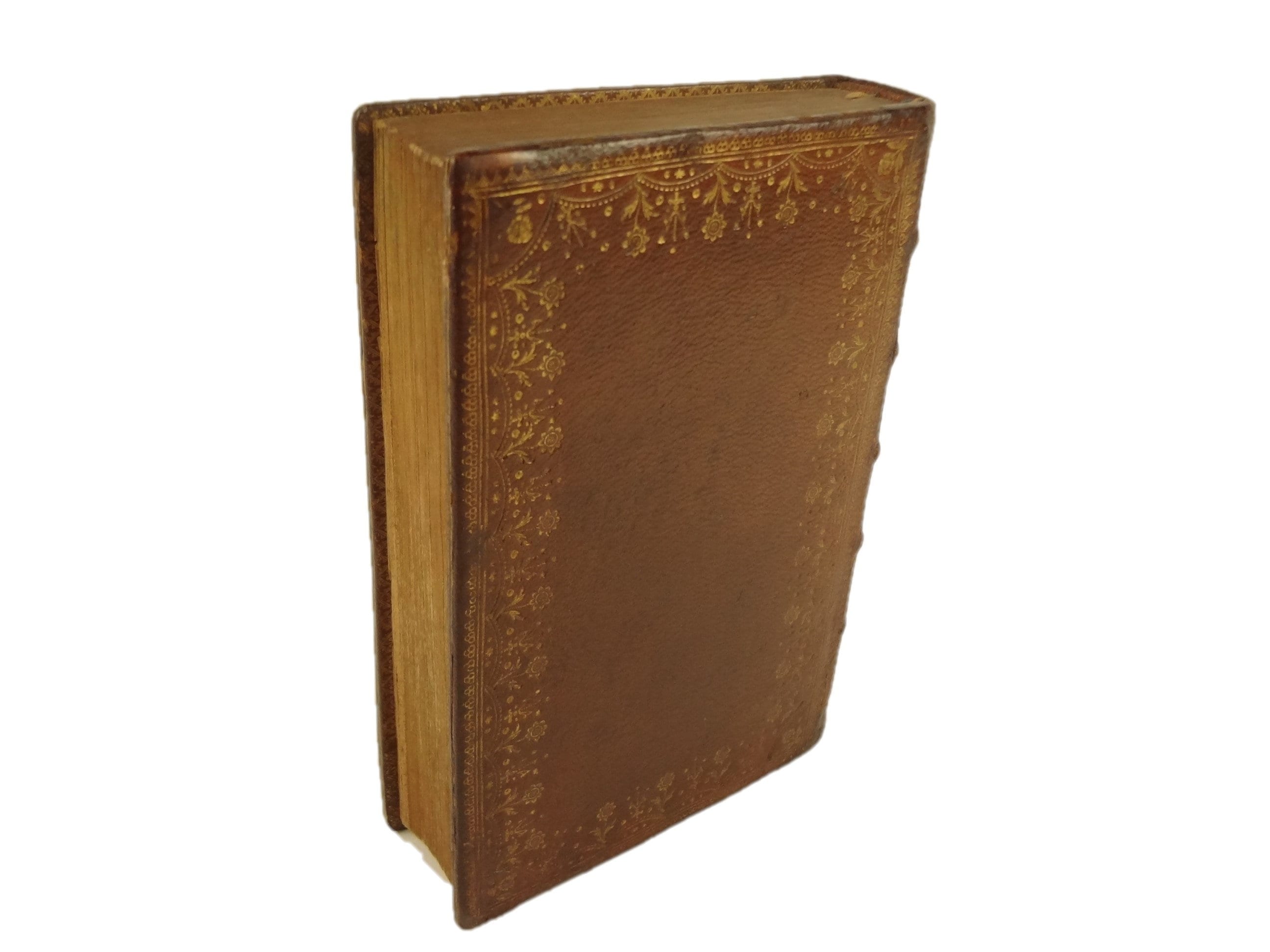 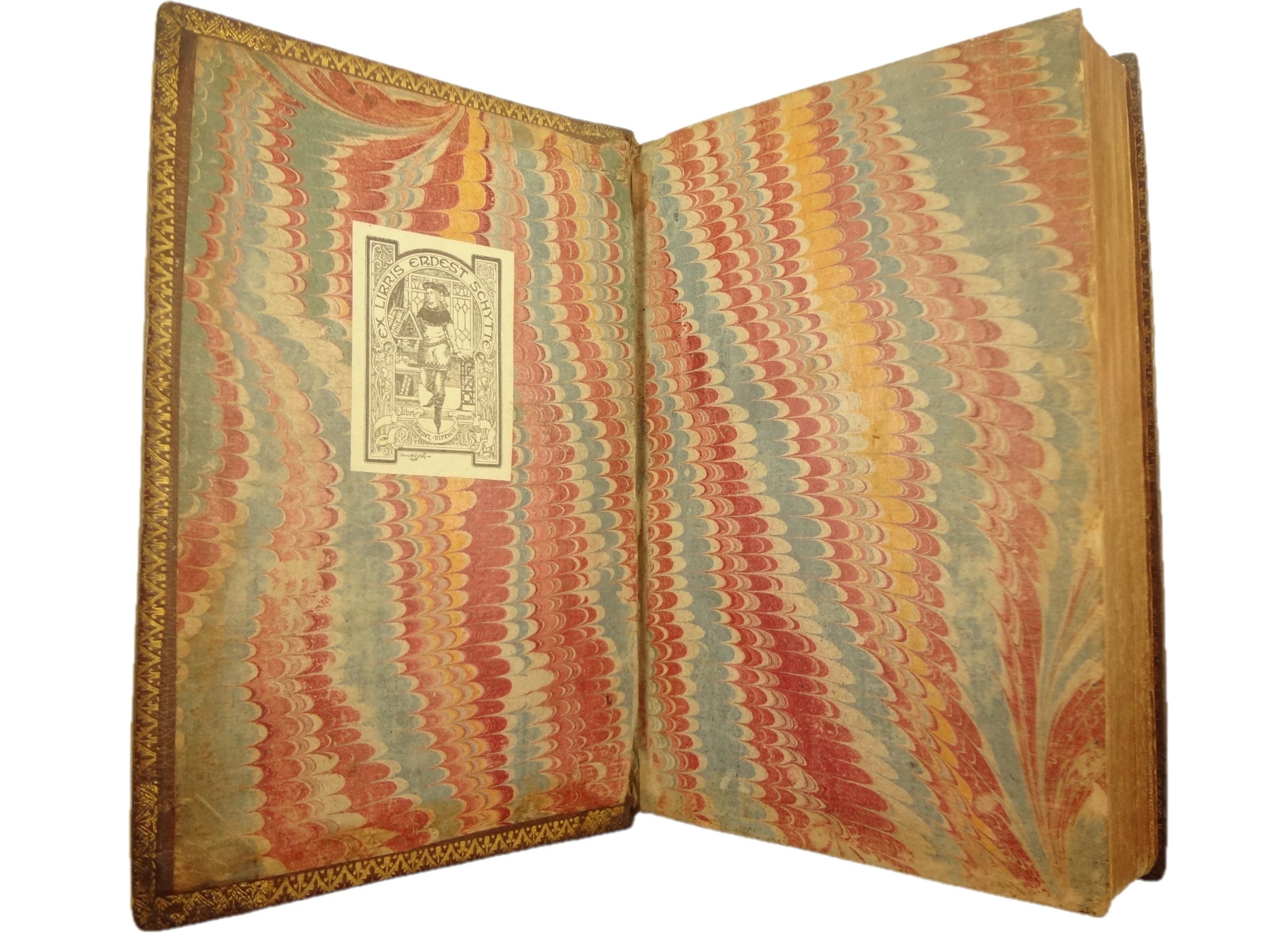 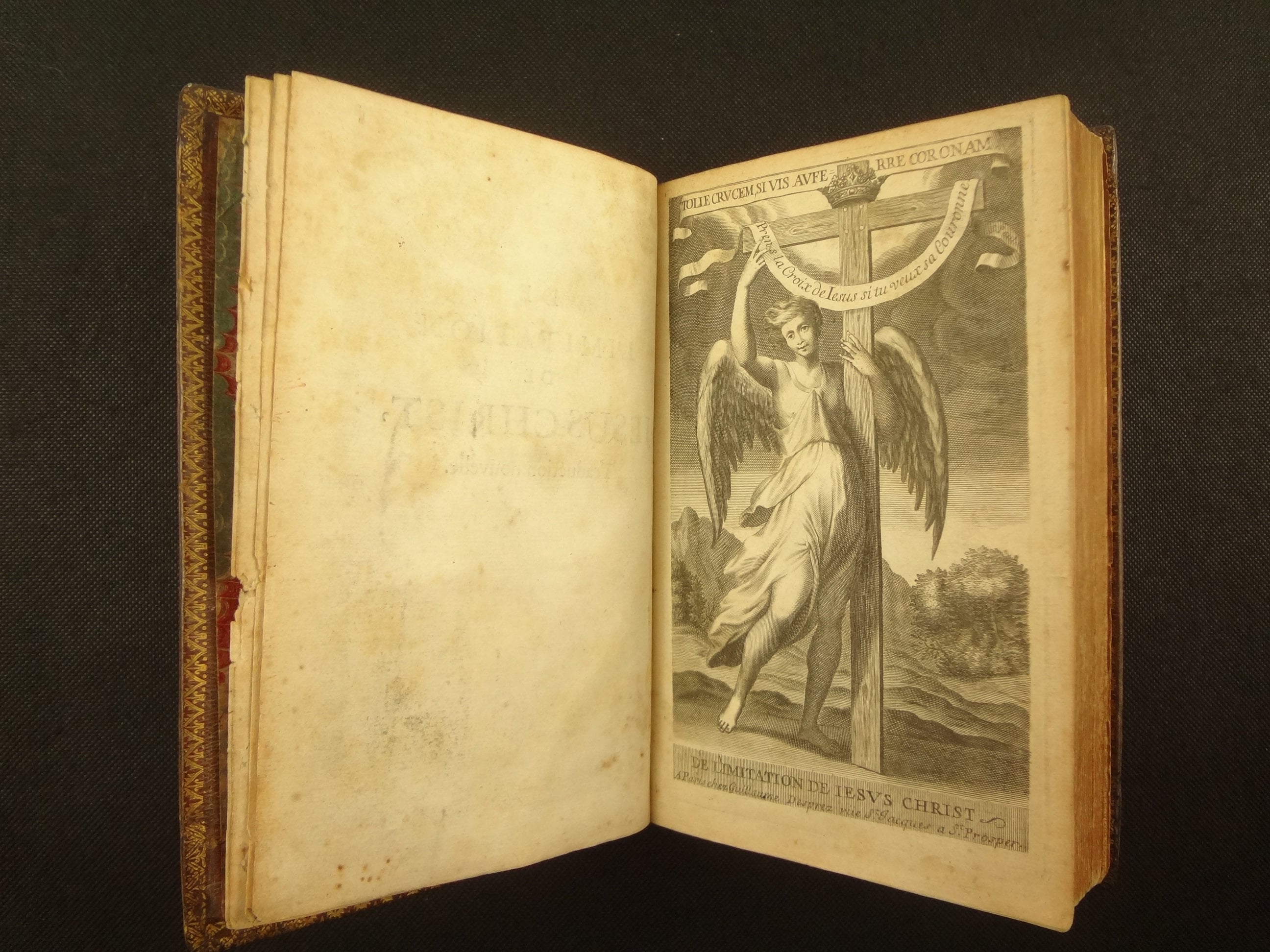 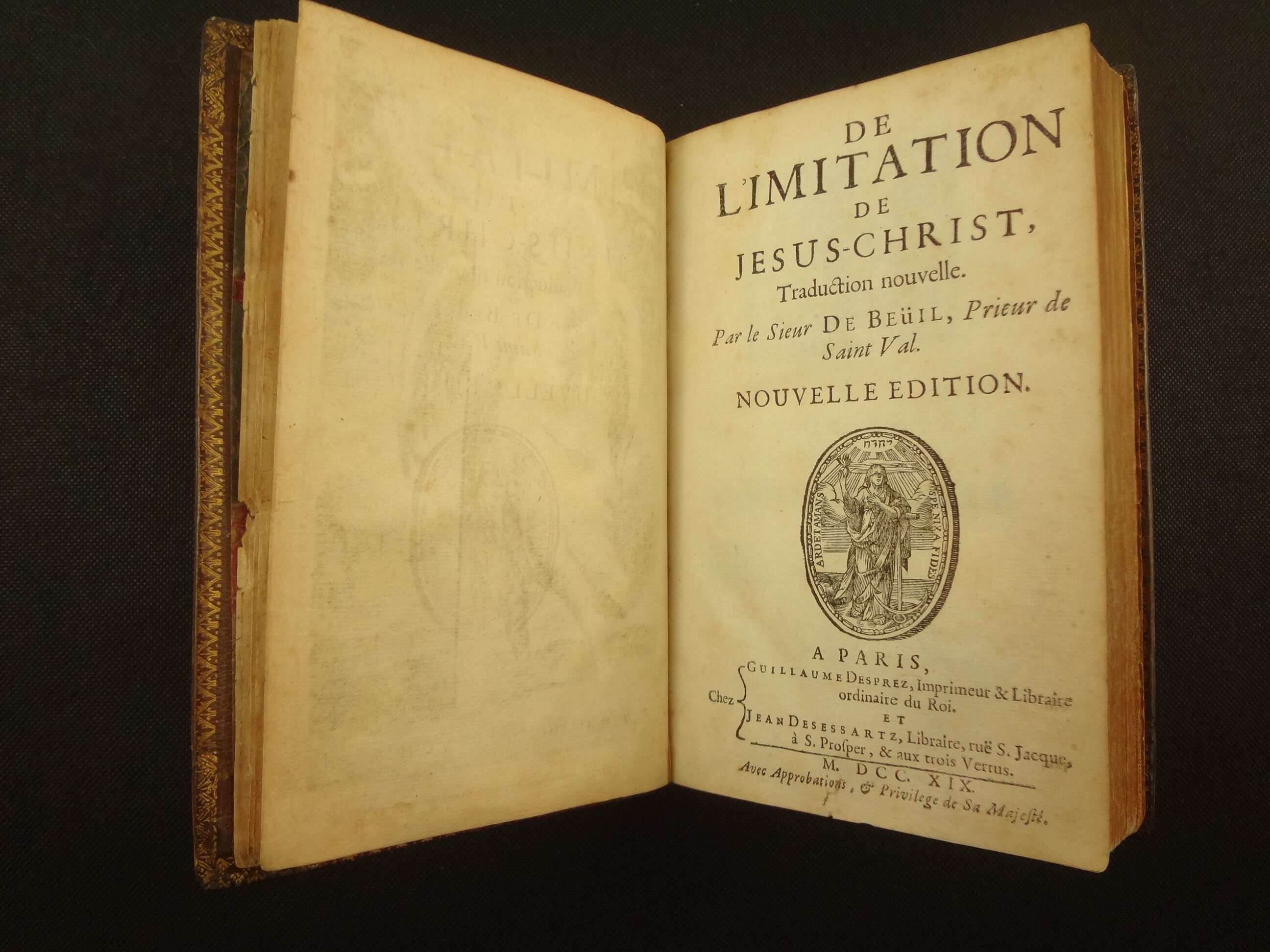 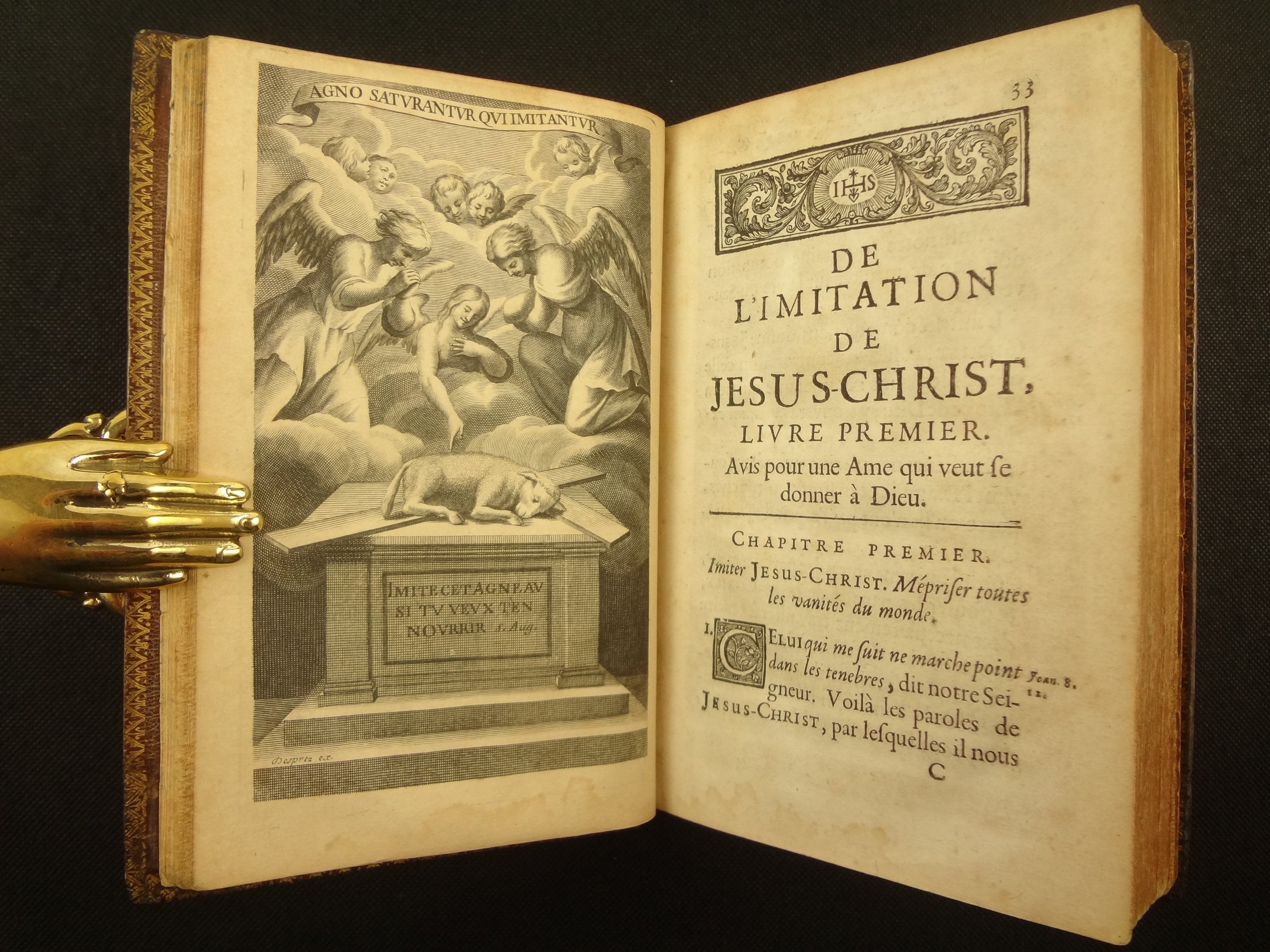 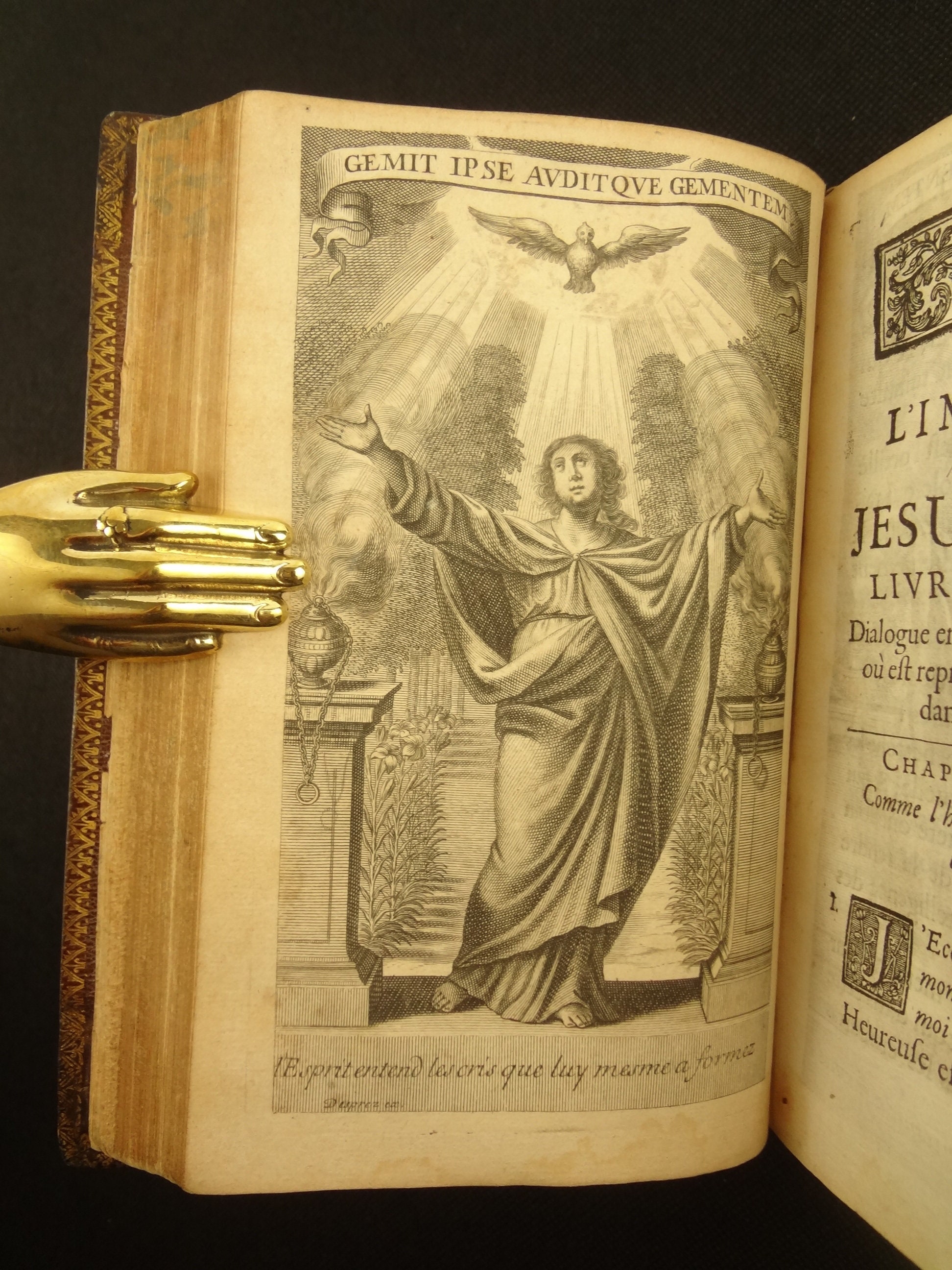 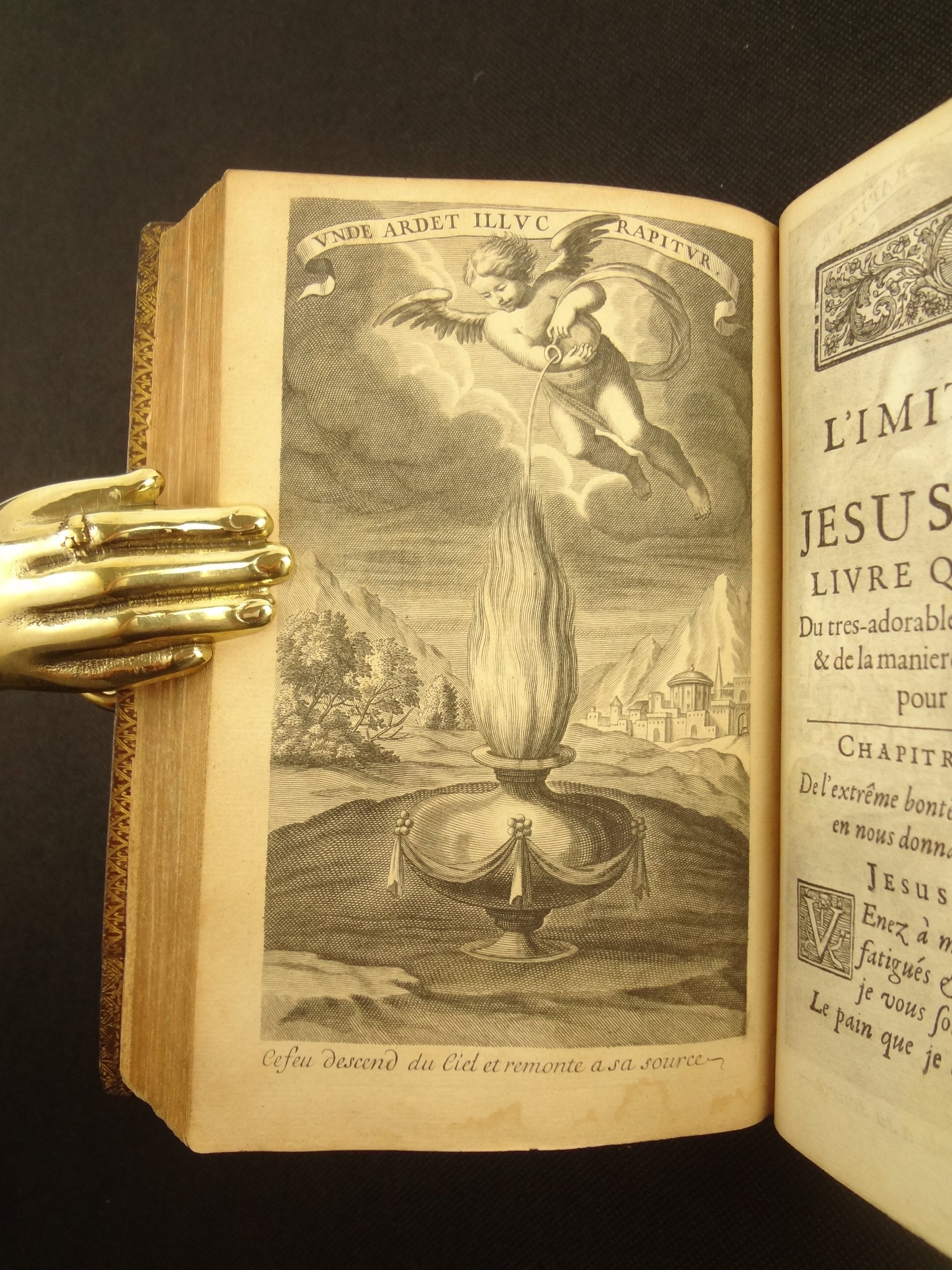 While the title page says the translation is by "De Beuil, Prieur de Saint Val.", Chalmers General Biographical Dictionary assures us that this "De Beuil" was indeed de Sacy, and this is his venerable translation of a Kempis work.

Ex libris plate of Ernest Schytte, who appears to be an author (Topographie et Iconographie), designed by the artist Pierre Ansart in 1898.

See pictures. Binding with wear, but nice. The corners are not worn through, or the edges, except the top edge of the rear board. There are a few darker spots on the front boards, and a little loss of gilt from wear. I see one worm hole on the spine, and a very small gouges on the rear board. Ex libris plate on pastedown. First five leaves with a little chipping along fore-edge. Some toning and foxing throughout. Pencil bookseller note on verso of flyleaf. Blank unpaginated front endpaper with a moisture mark at bottom edge. Some soiling to half title page. Small crack at bottom of title-page, does extend into text (2 cm crack). Occasional dog-eared page. Pages 17-30 light moisture mark at fore-edge margin. Occasional moisture mark at edges throughout, doesn't seem to intrude on text. Ghosting of illustrations to facing pages. There is some math on the rear blank endpaper (binder's costs?). Rear flyleaf chipped at fore-edge, 1 inch. Despite notes, an attractive book.