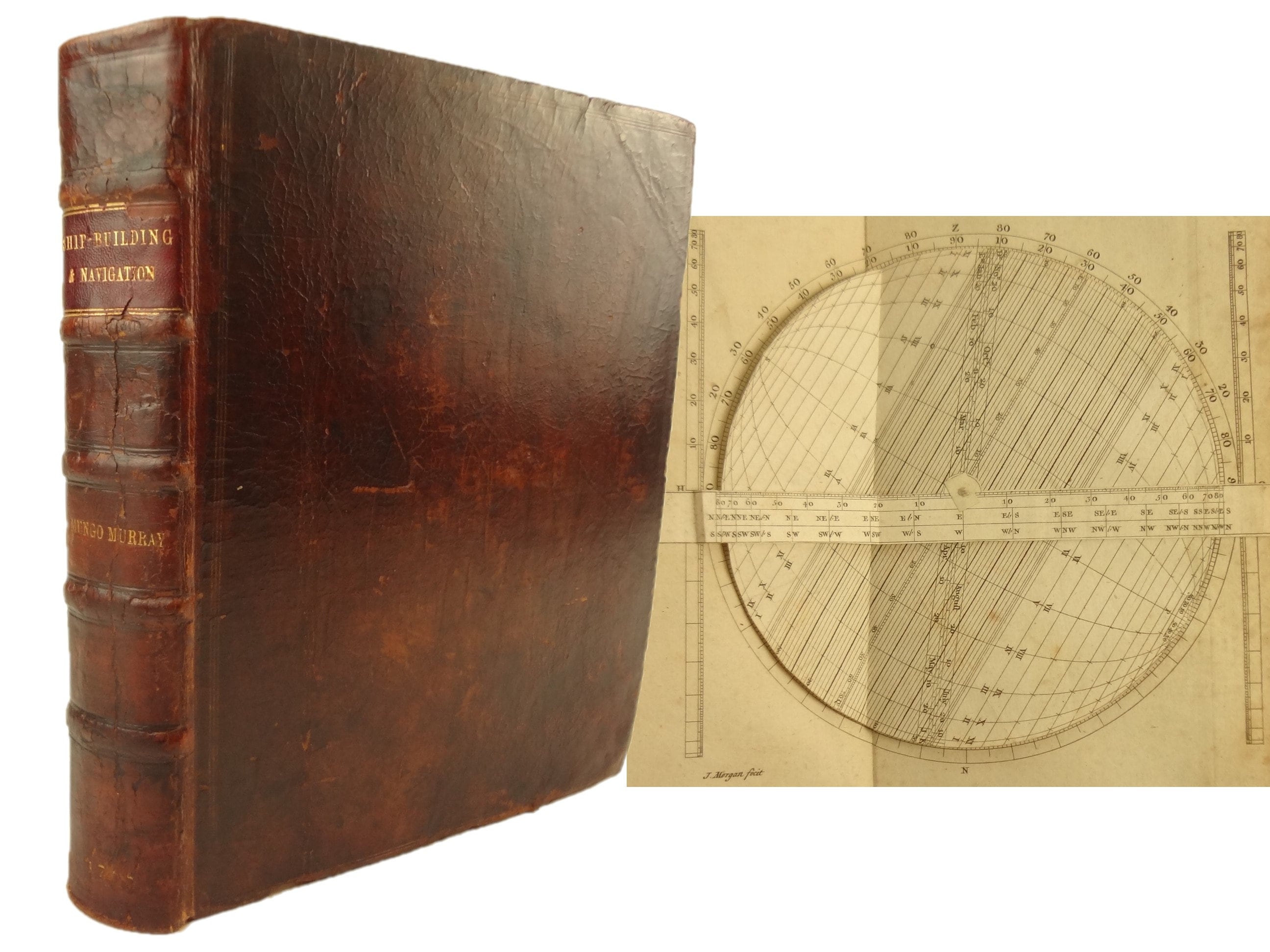 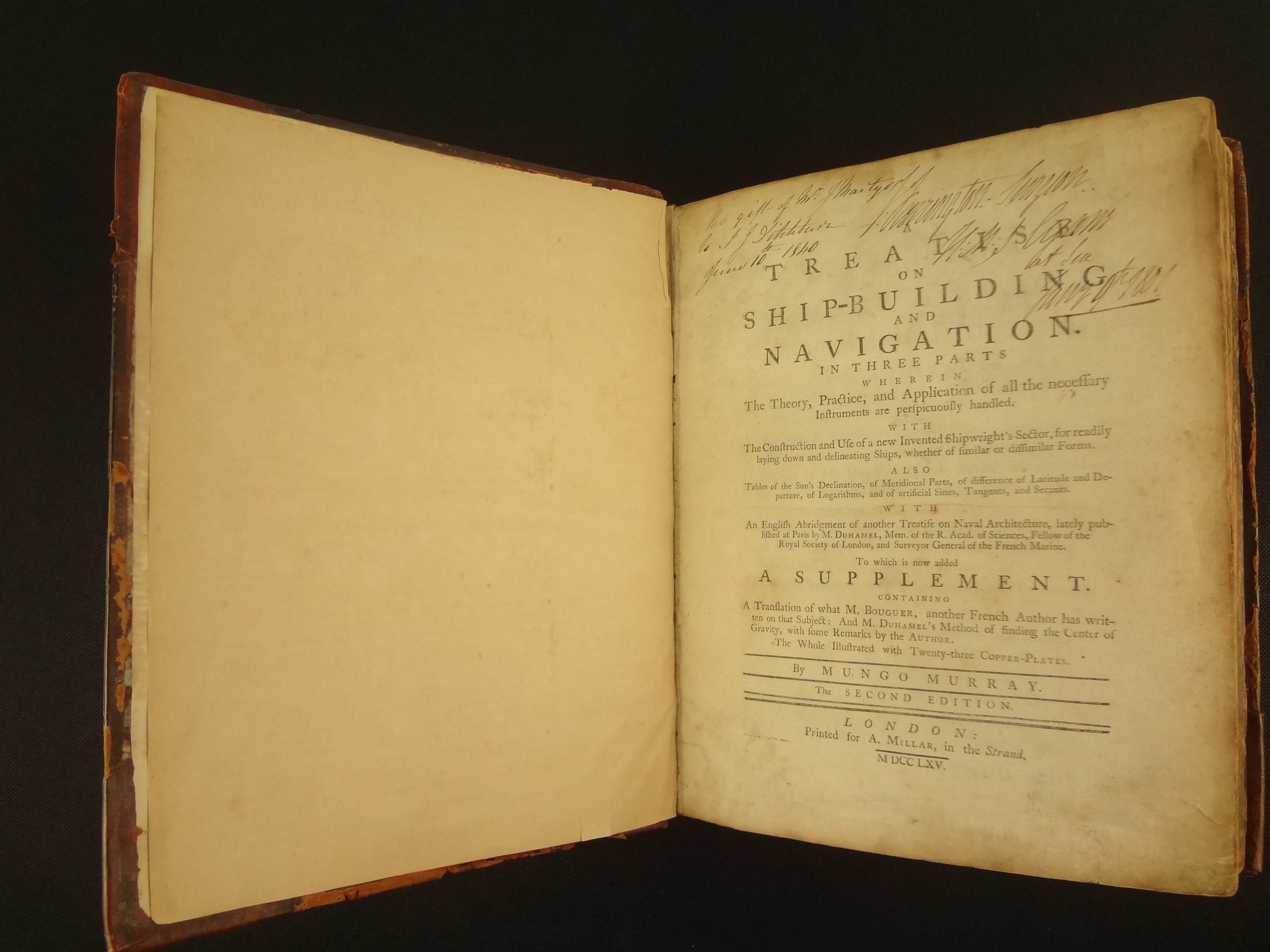 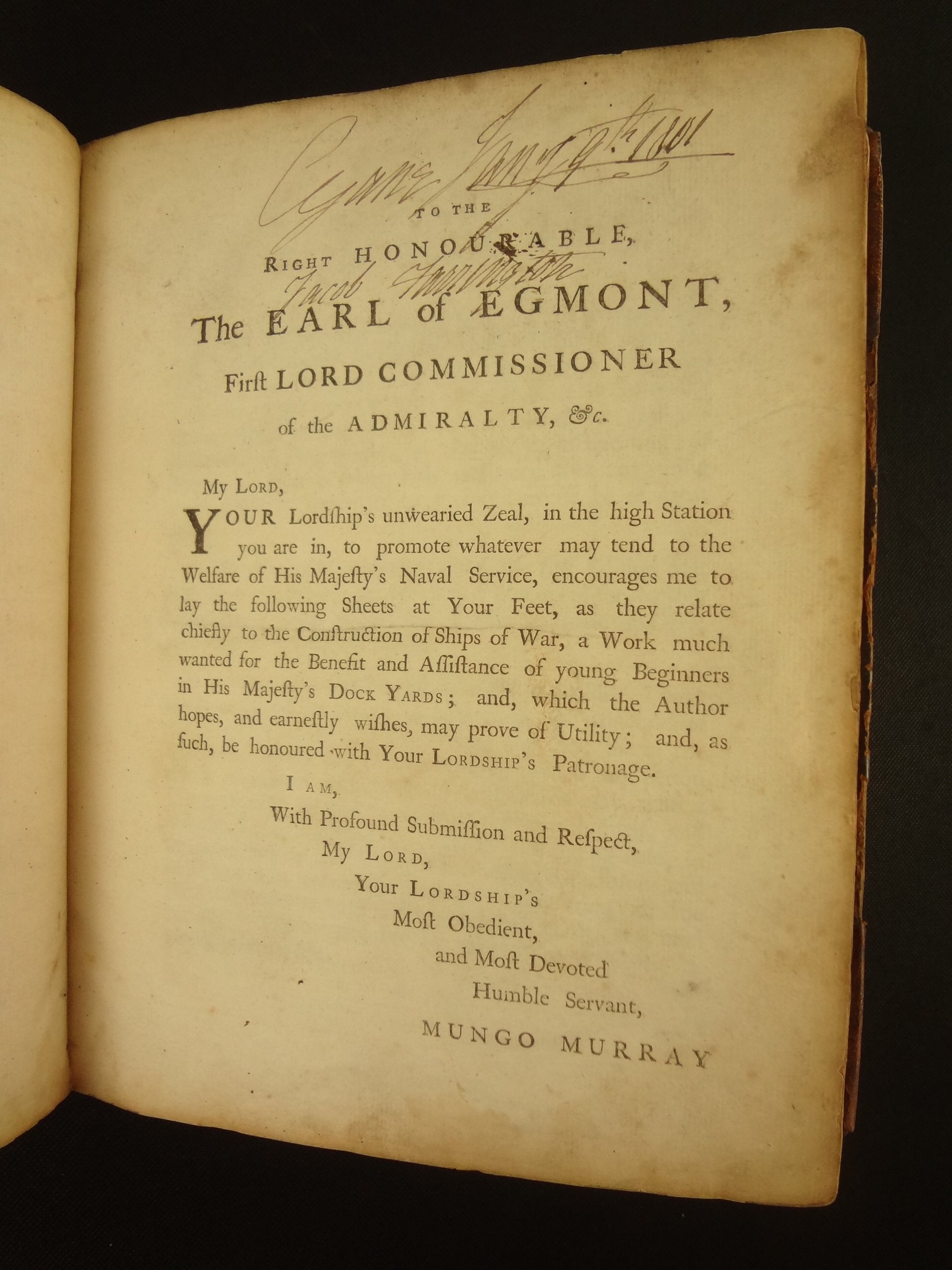 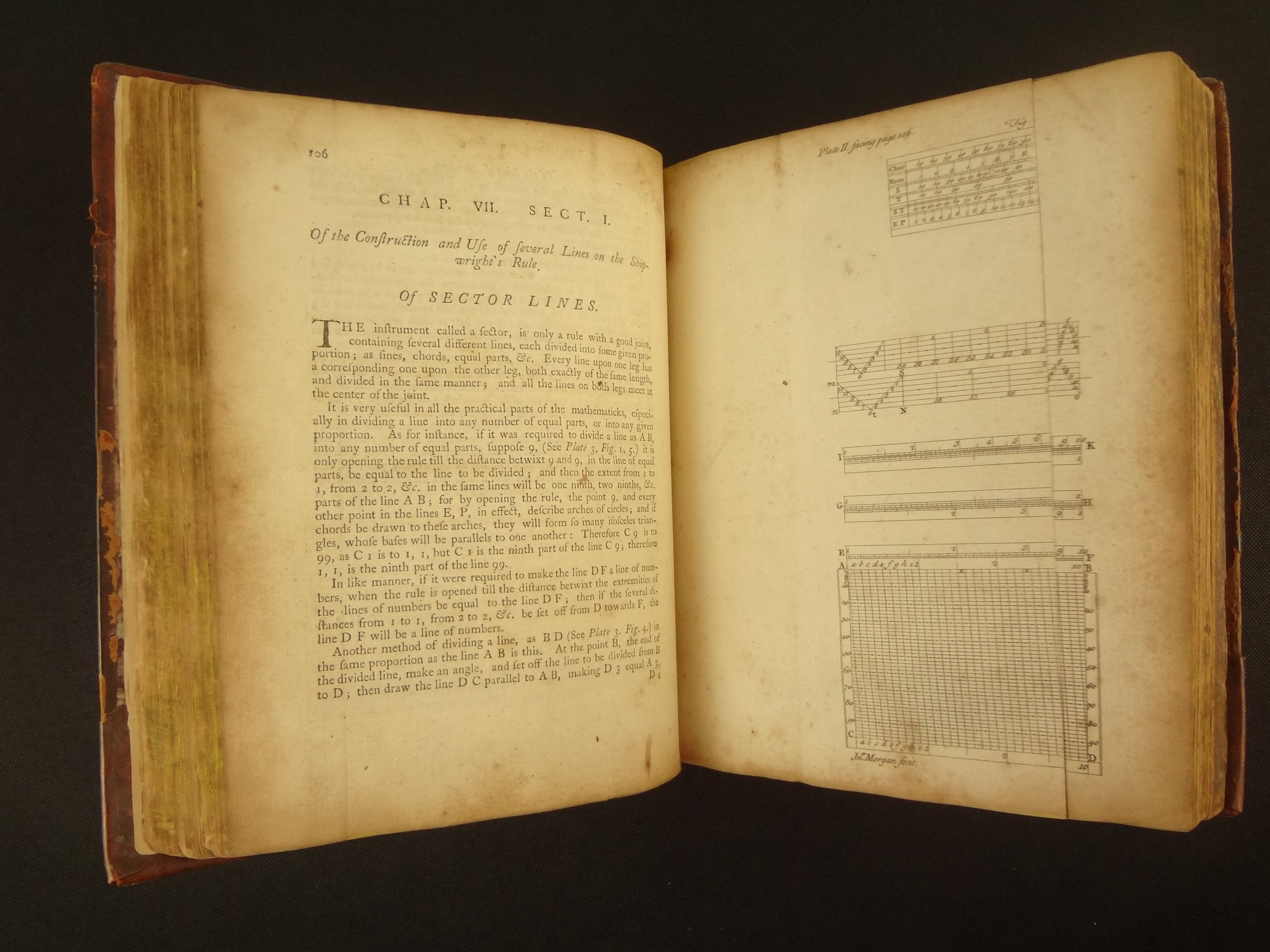 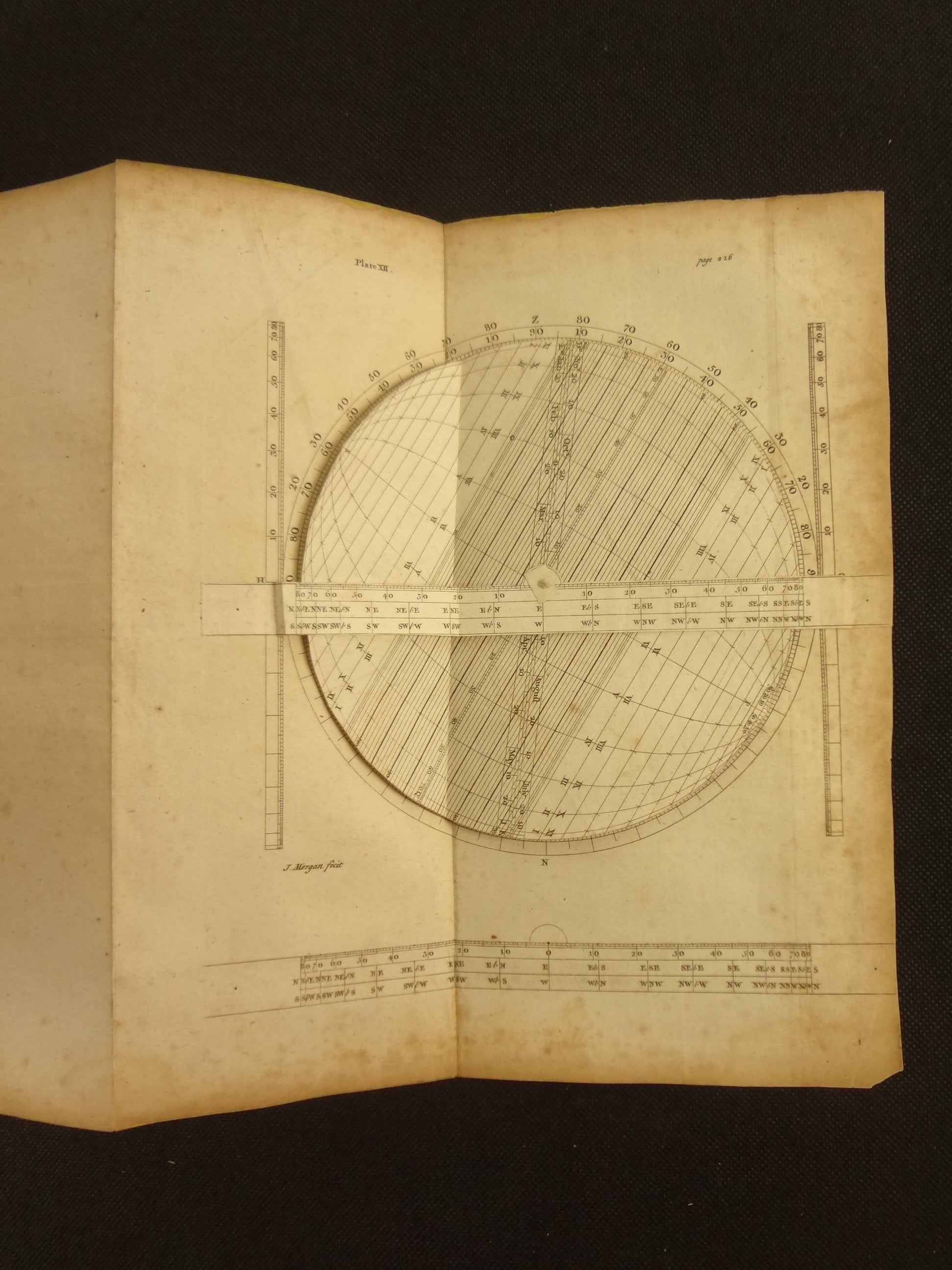 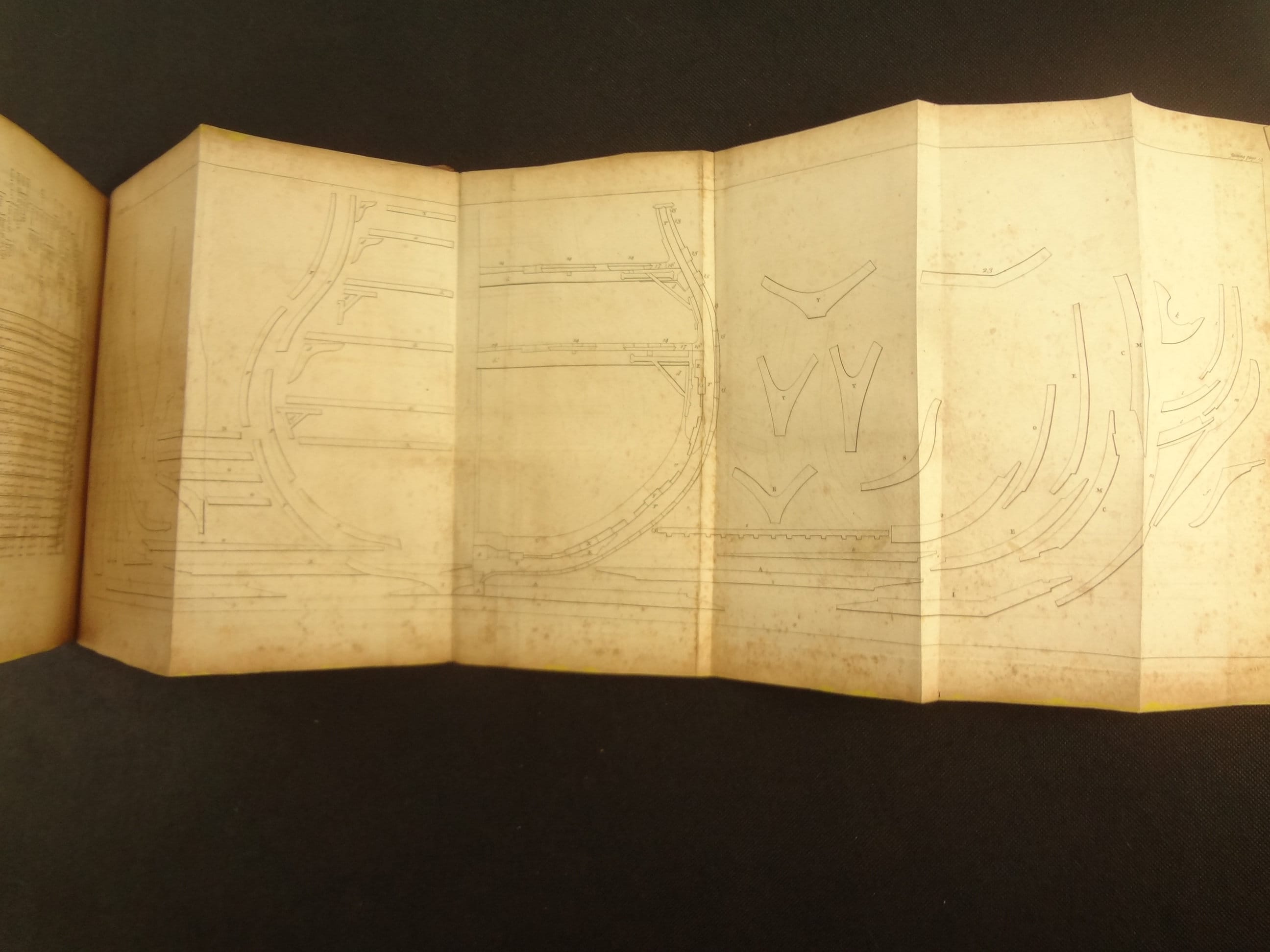 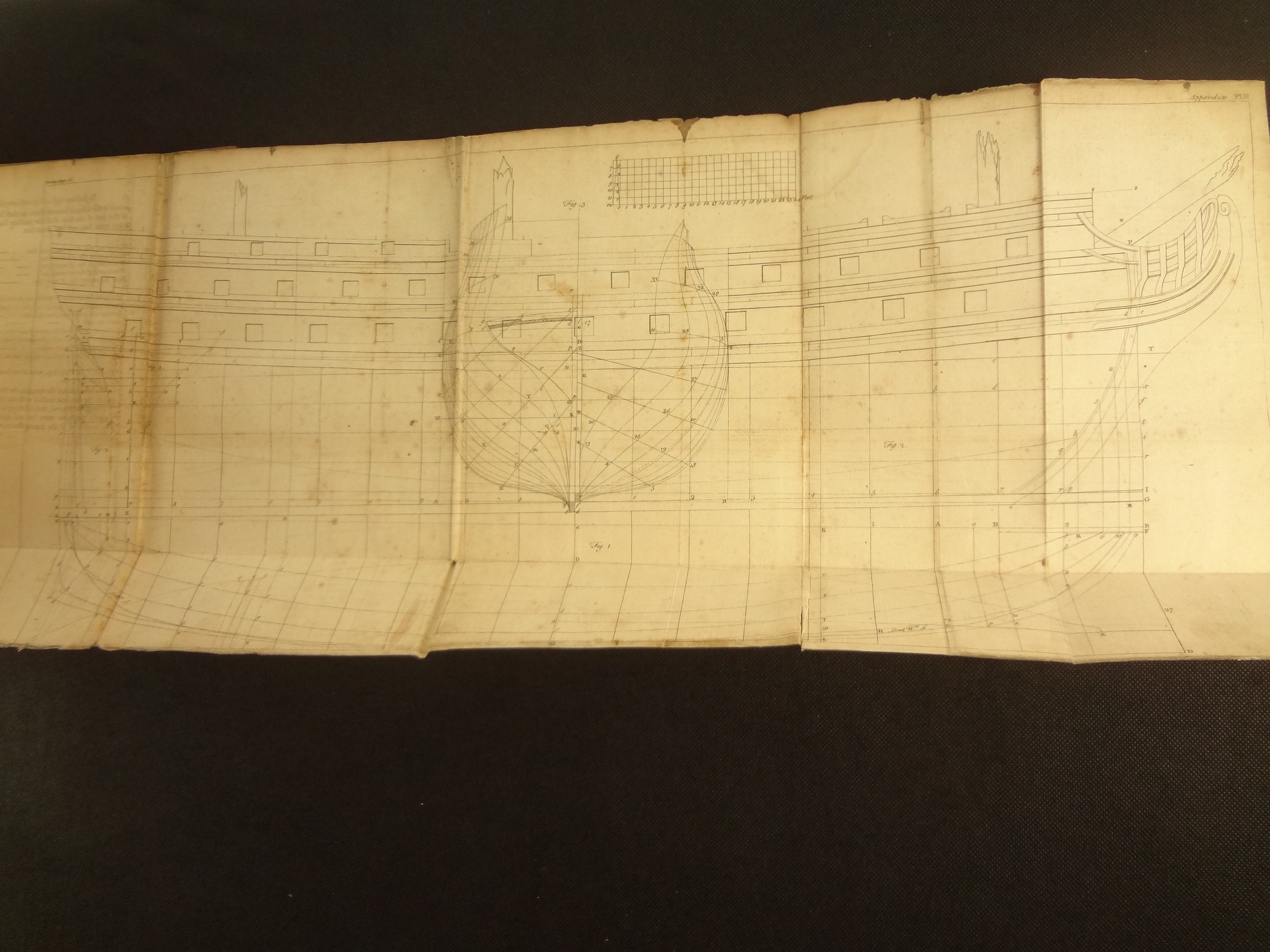 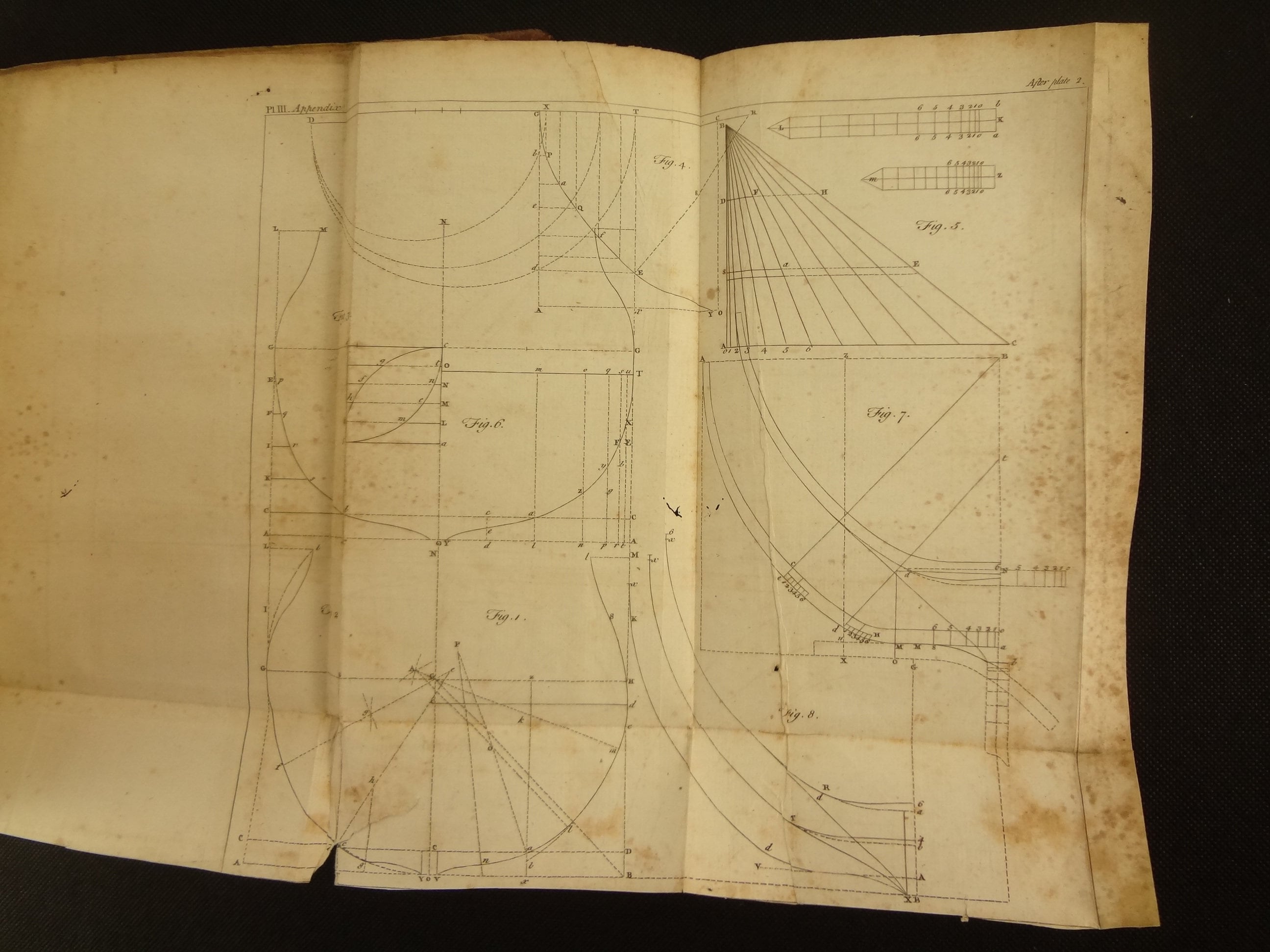 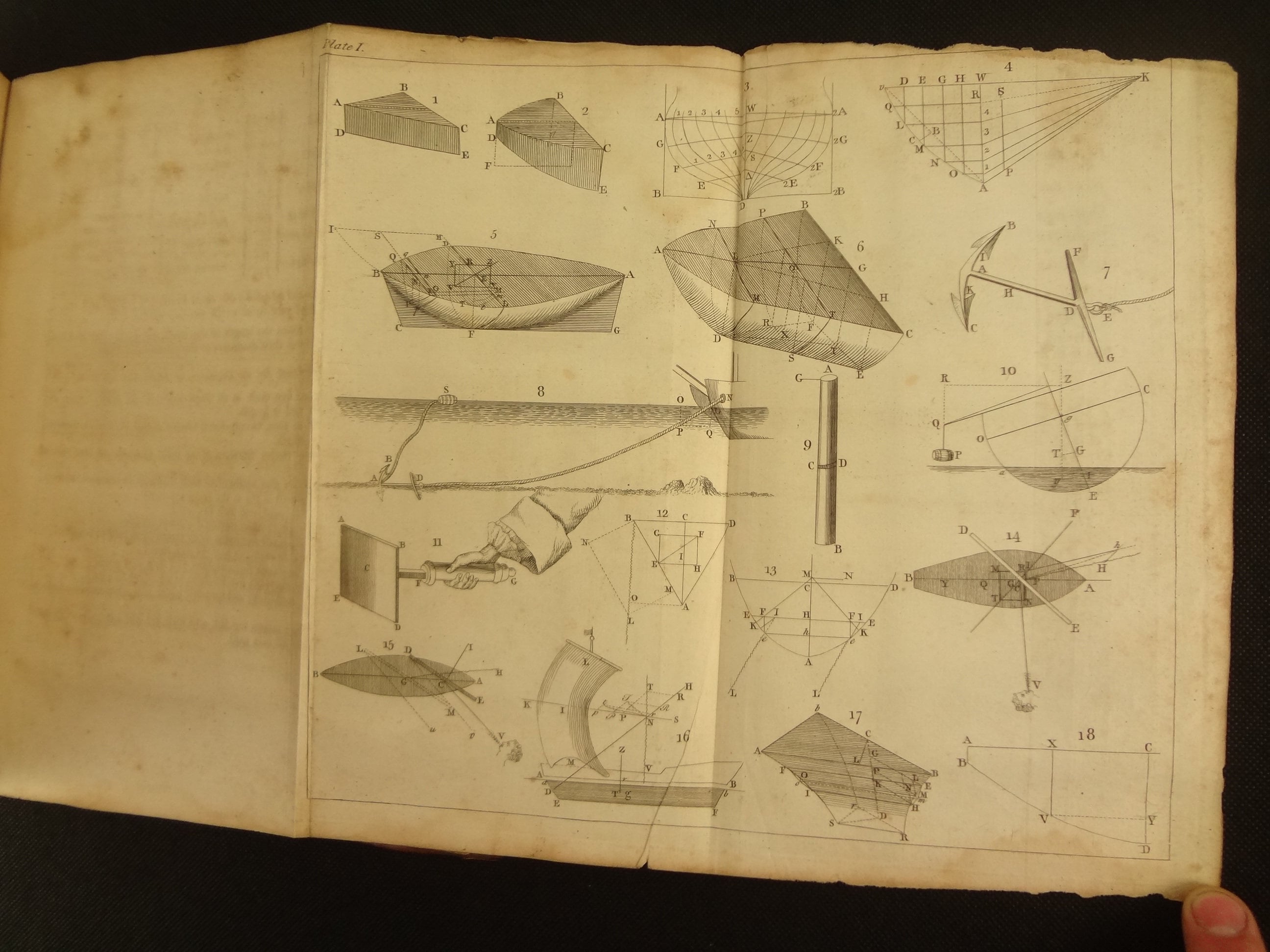 An expansive work on building 18th century Naval vessels, authored by Deptford shipwright Mungo Murray; this copy with naval provenance, being on-board the 18-gun H.M.S. Cyane, in 1801, in the possession of the ship surgeon.

With 22 (of 23) fold-out plates, including one with a working volvelle (Plate XII).

Nathan Dews, in The History of Deptford, wrote, "Mr. Murray lived and died a working shipwright in Deptford Dockyard , although he published in 1754 the only English treatise on shipbuilding that can lay any claim to a scientific character , and was a man whose conduct was irreproachable ."

This is the second addition, with an added "Supplement". The first edition testified to the blue-collar nature of Murray's work, advertising for extra income, "Attendance from six to eight every evening except Wednesdays and Saturdays". After the first edition he gained work aboard Lord Howe's ships Magnanime and Princess Amelia as a teacher.

Murray augmented his work with translations from French ship-building works by Bouger and Duhamel. The book is divided into three parts:

1. The theory, practice and application of all the necessary instruments...

2. The construction and use of a ew invented shipwright's sector, for readily laying down and declineating ships...

3. And English abridgement of another Treatise on Naval Architecture, lately published at Paris by M. Duhamel

A translation of M. Bouger... on the subject... and Duhamel's method of finding the center of gravity

In three places the ship surgeon wrote the name of the ship Cyane, noting 1801 dates. This was the first Cyane, an 18-gun sloop who in January of 1801 engaged the French at Iles des Saintes under Captain Henry Matson.

Measures approx. 26 x 20 x 5 cm, 4to. Calf binding with five raised bands to spine, title in gilt on red morocco in one compartment, author in gilt in another and date at bottom of spine in gilt. Twenty-two of twenty-three plates, including one working volvelle.

See pictures - Missing one plate, Plate VII, and leaf of advertisements at end.