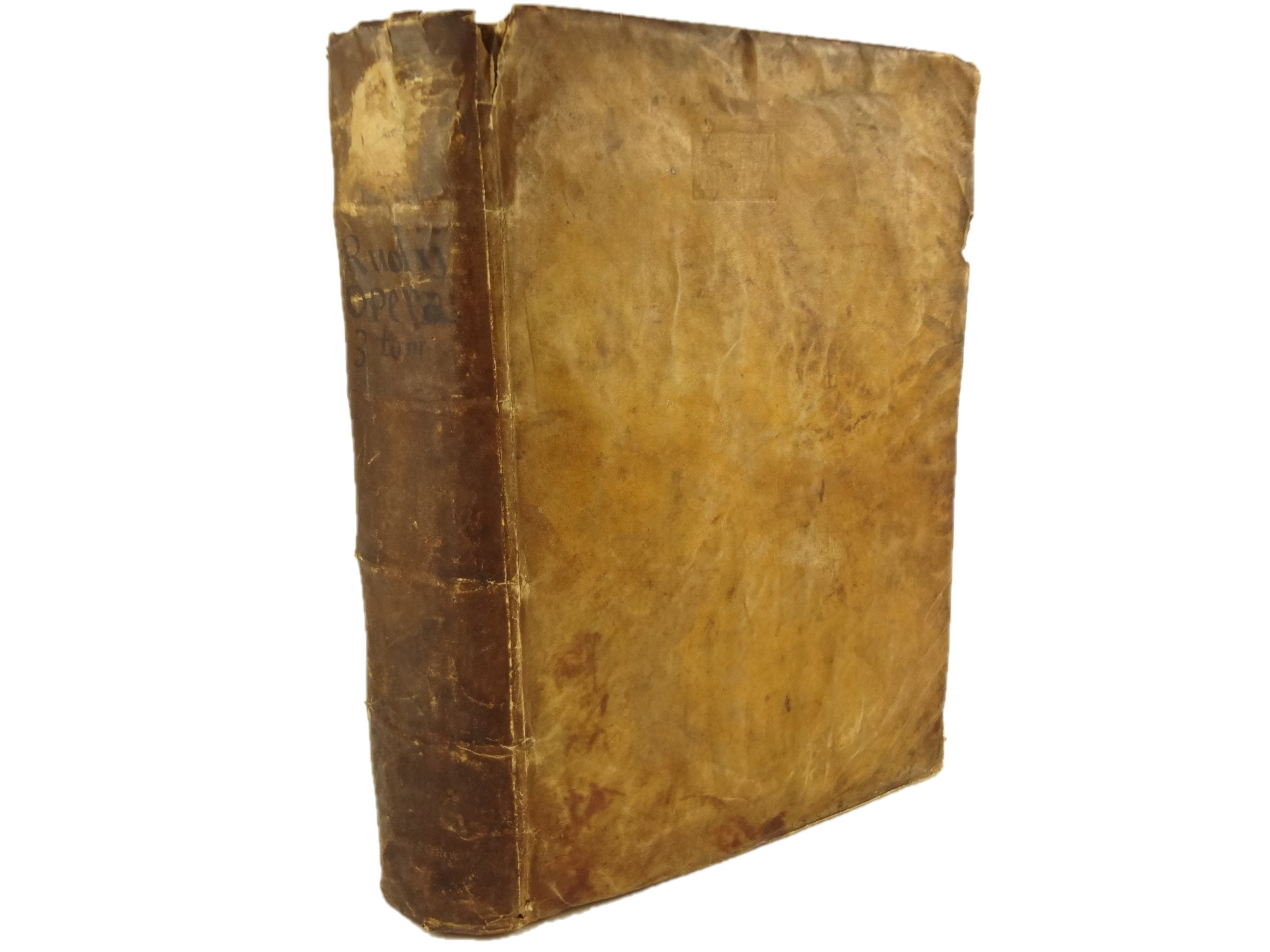 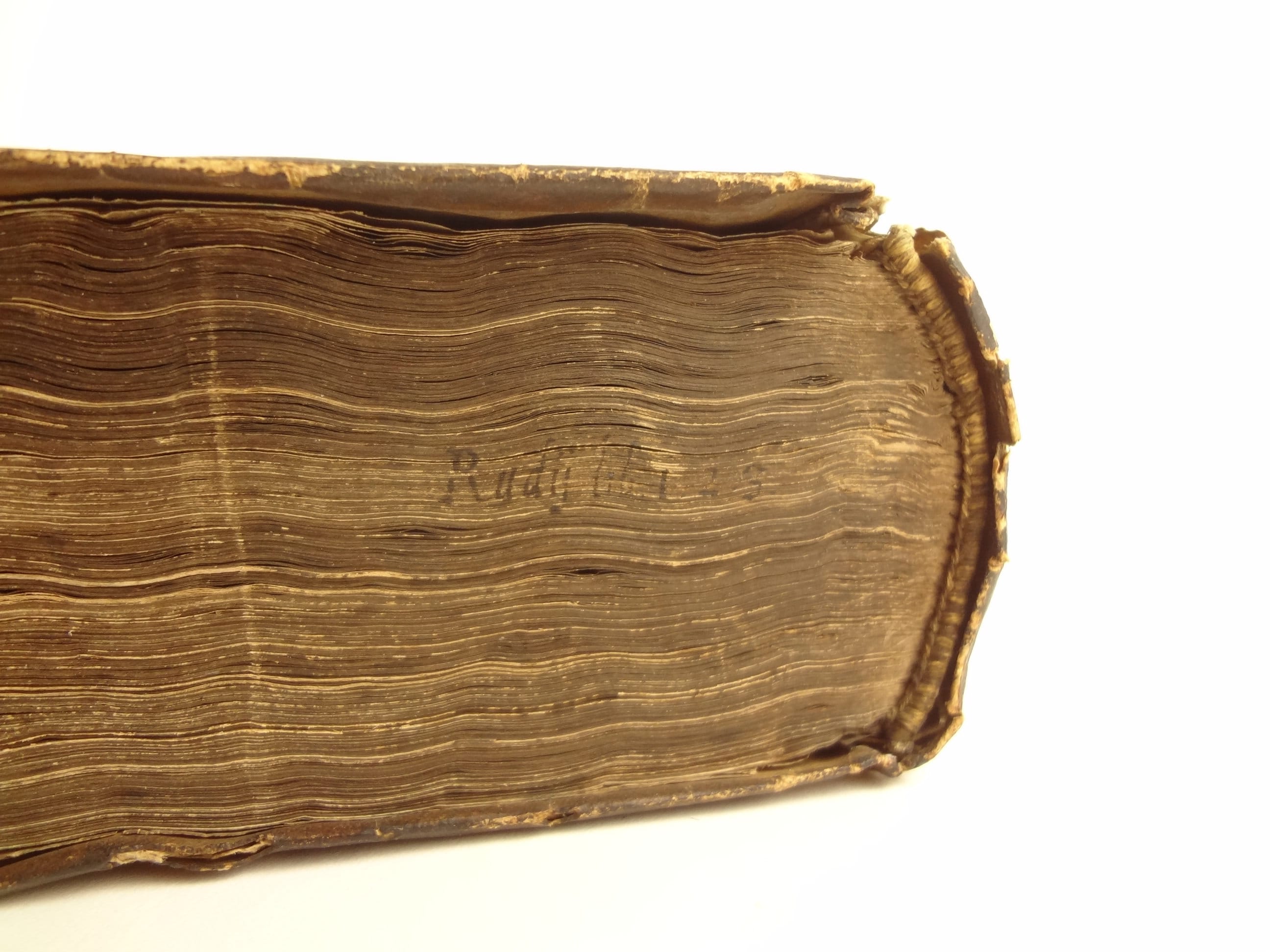 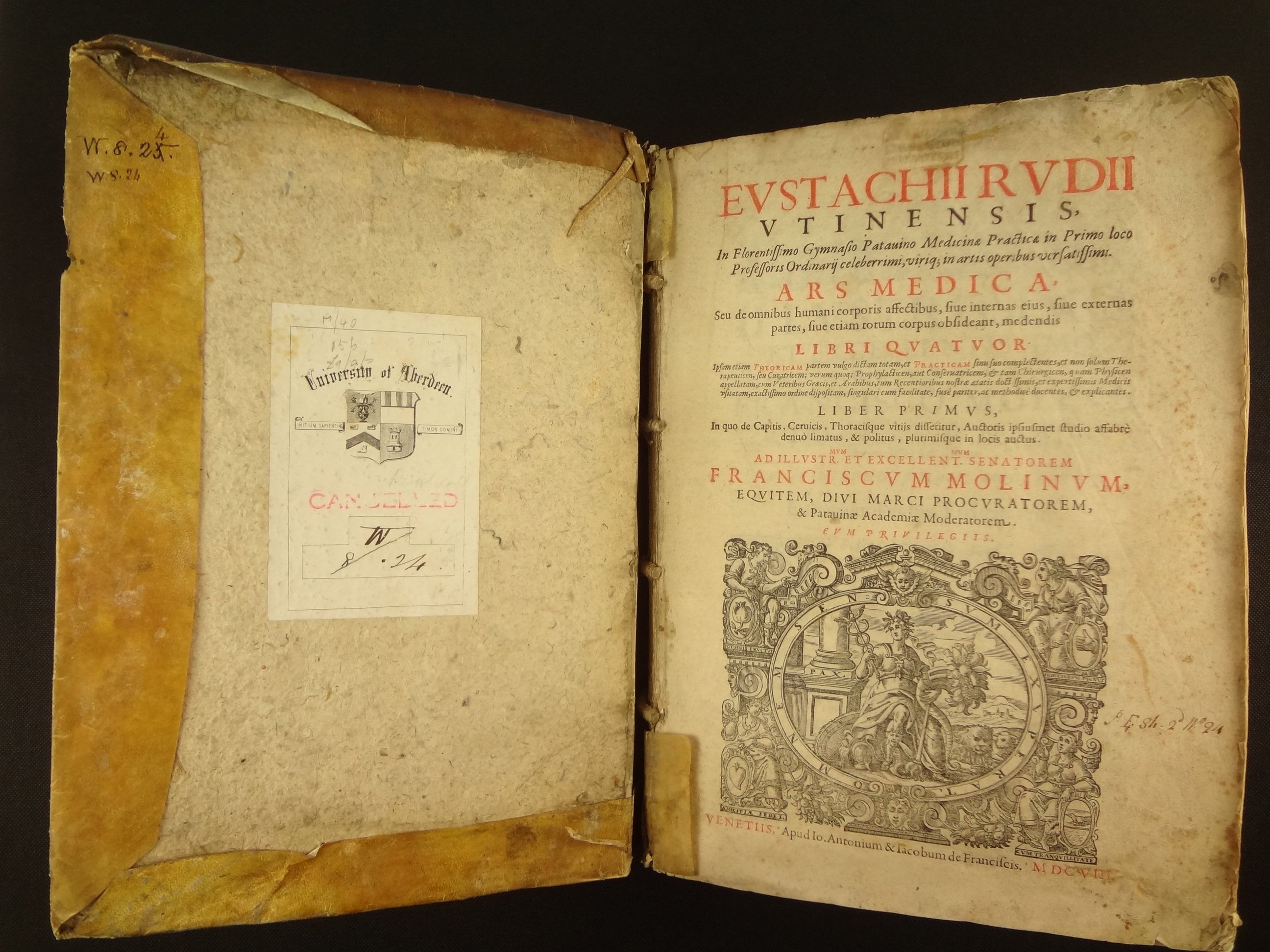 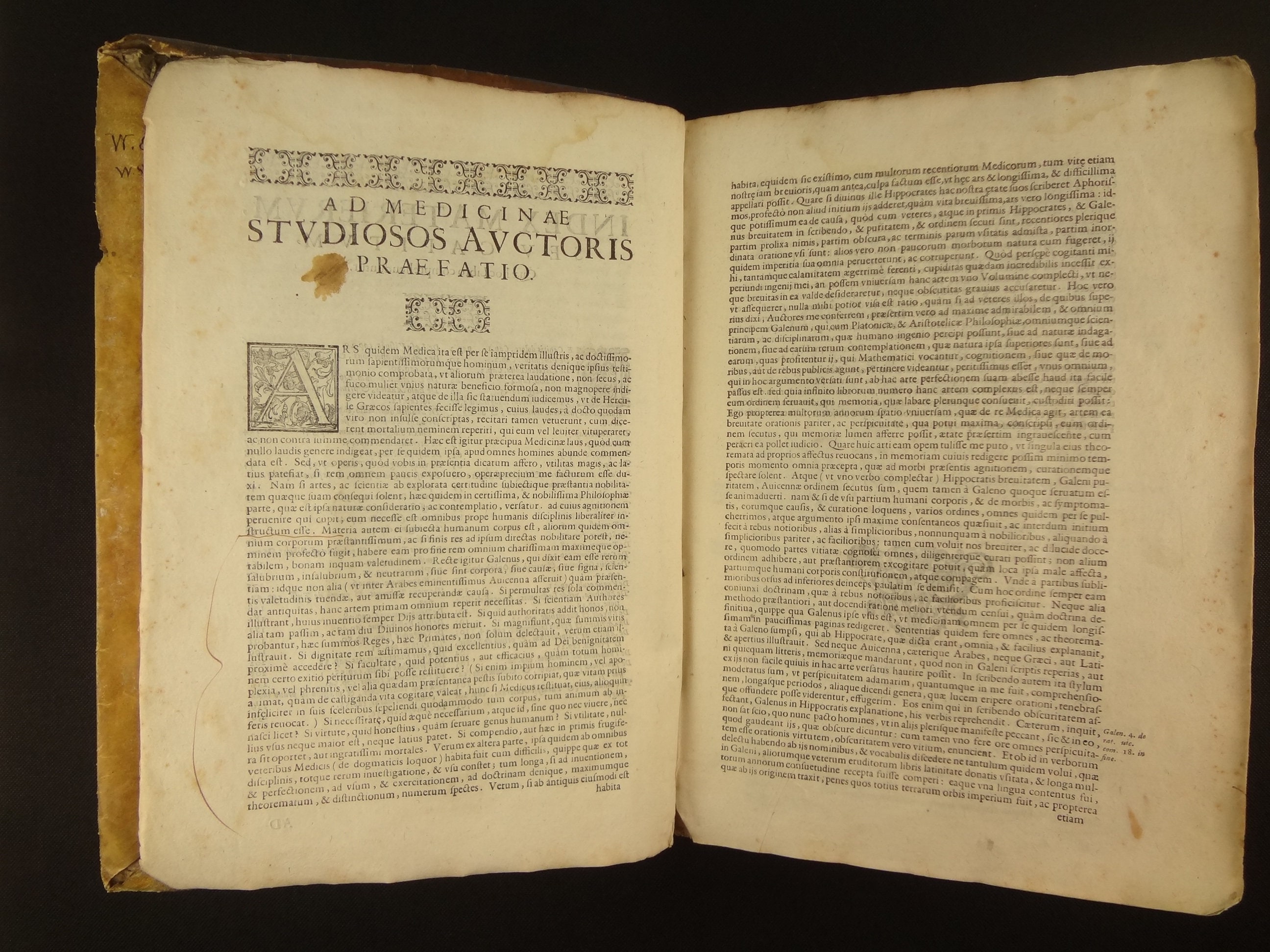 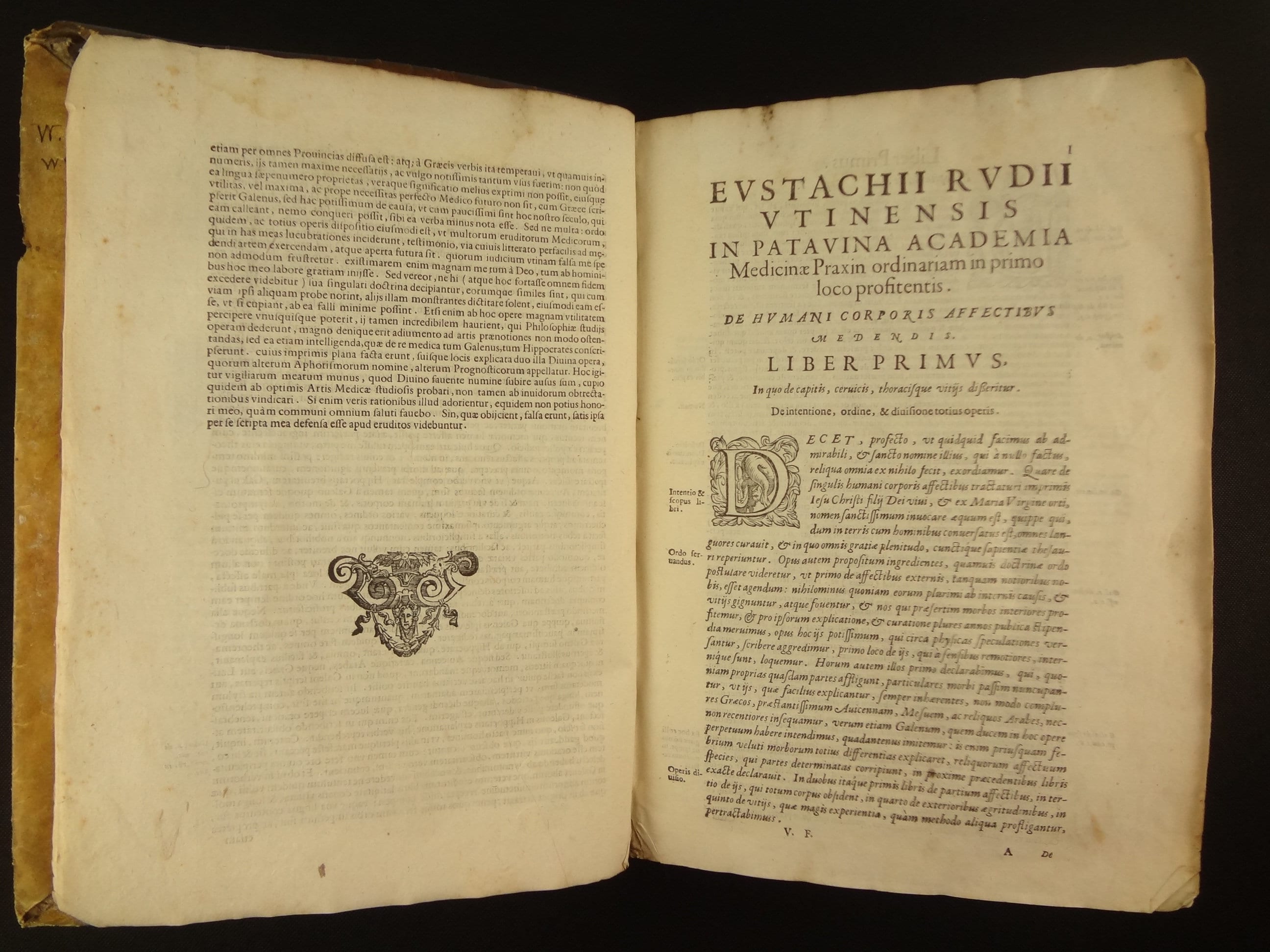 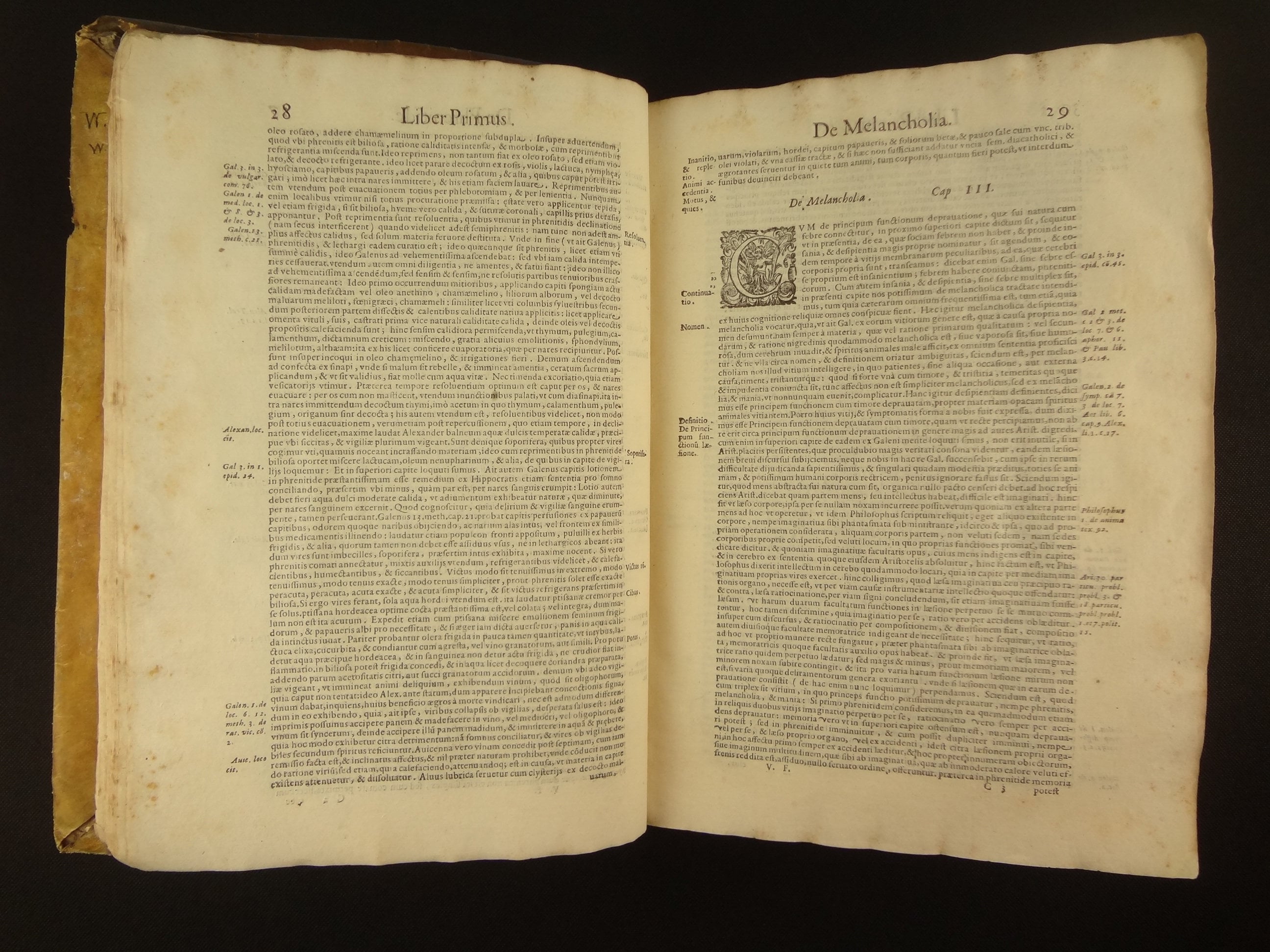 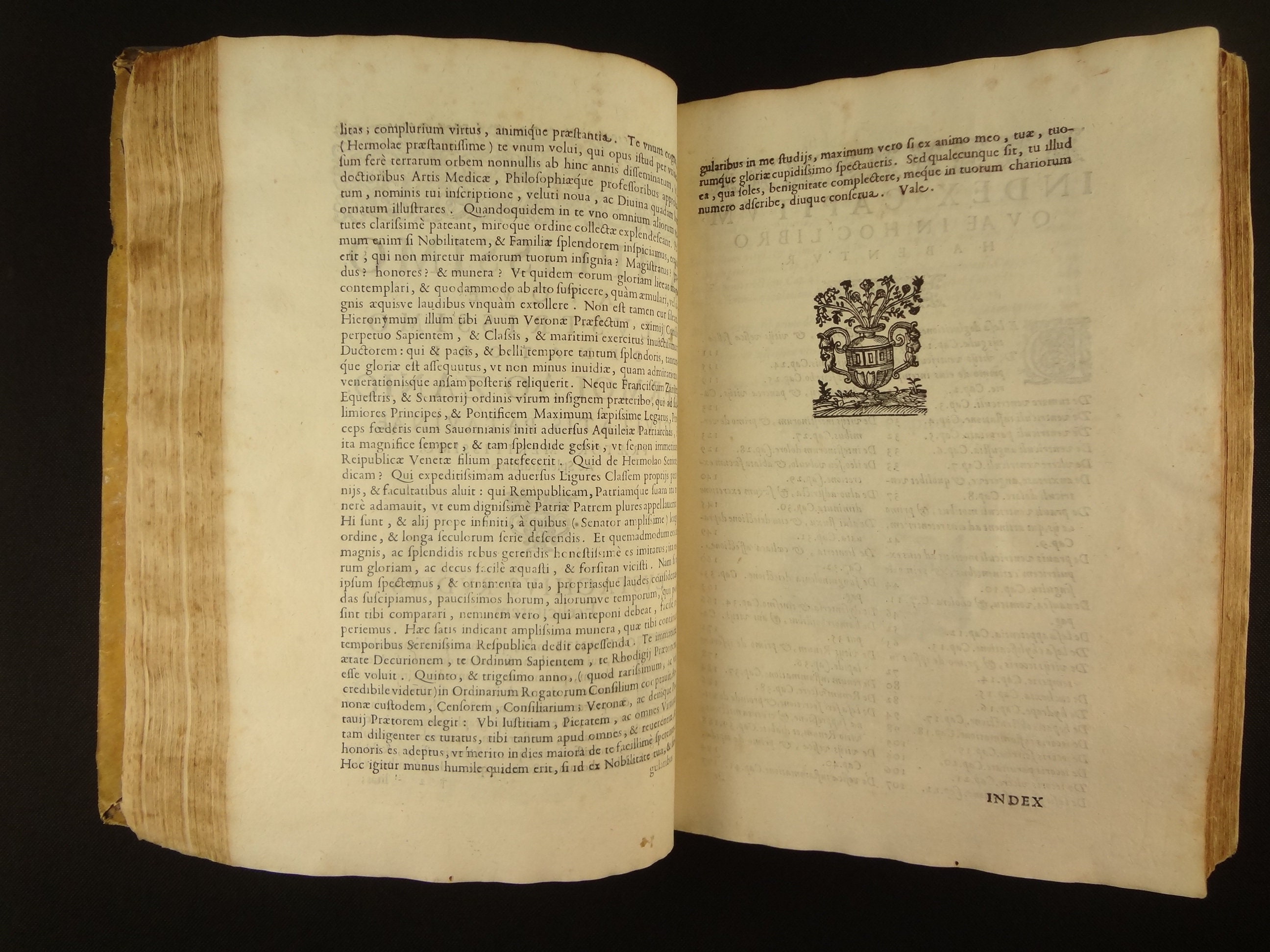 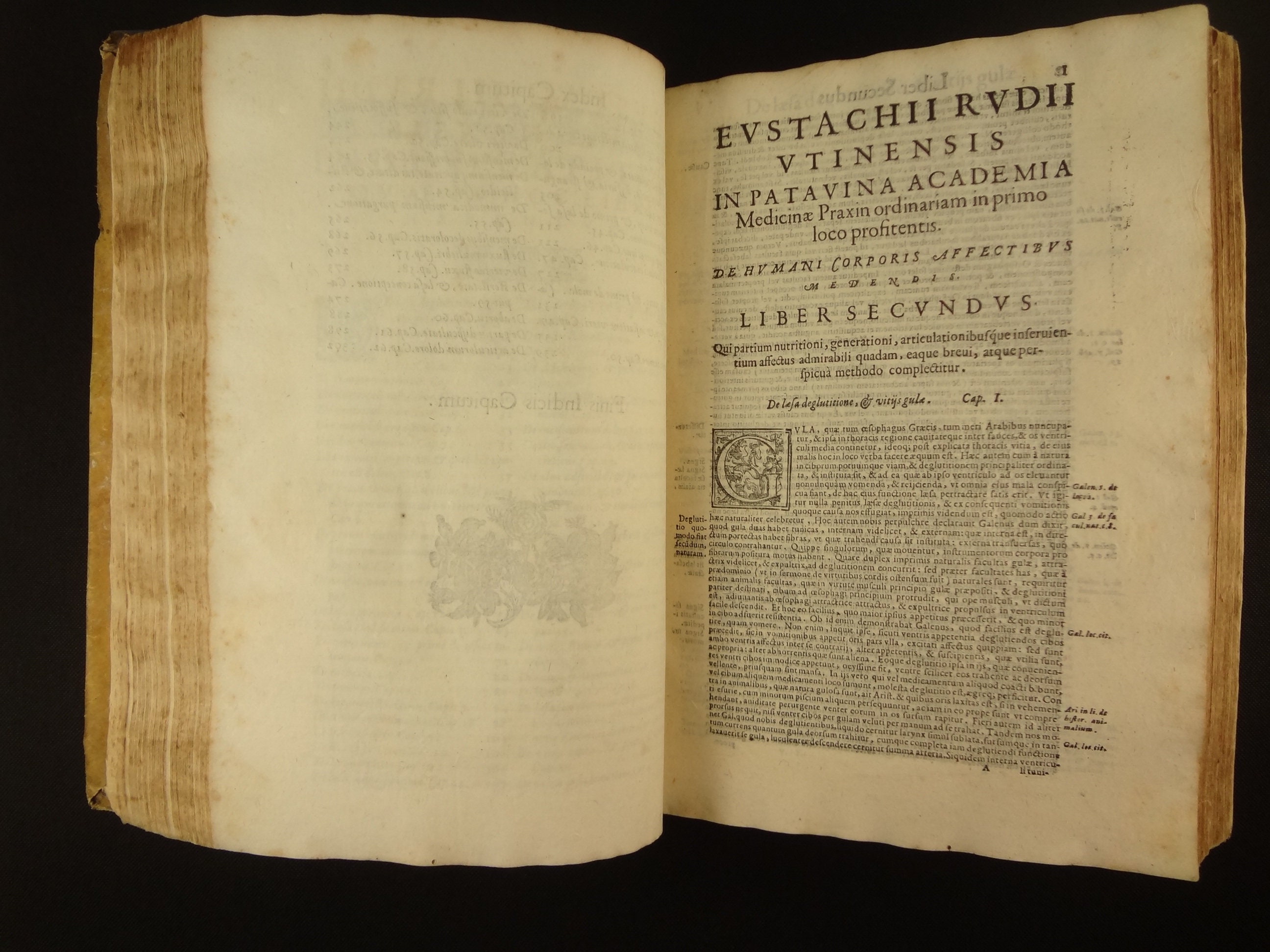 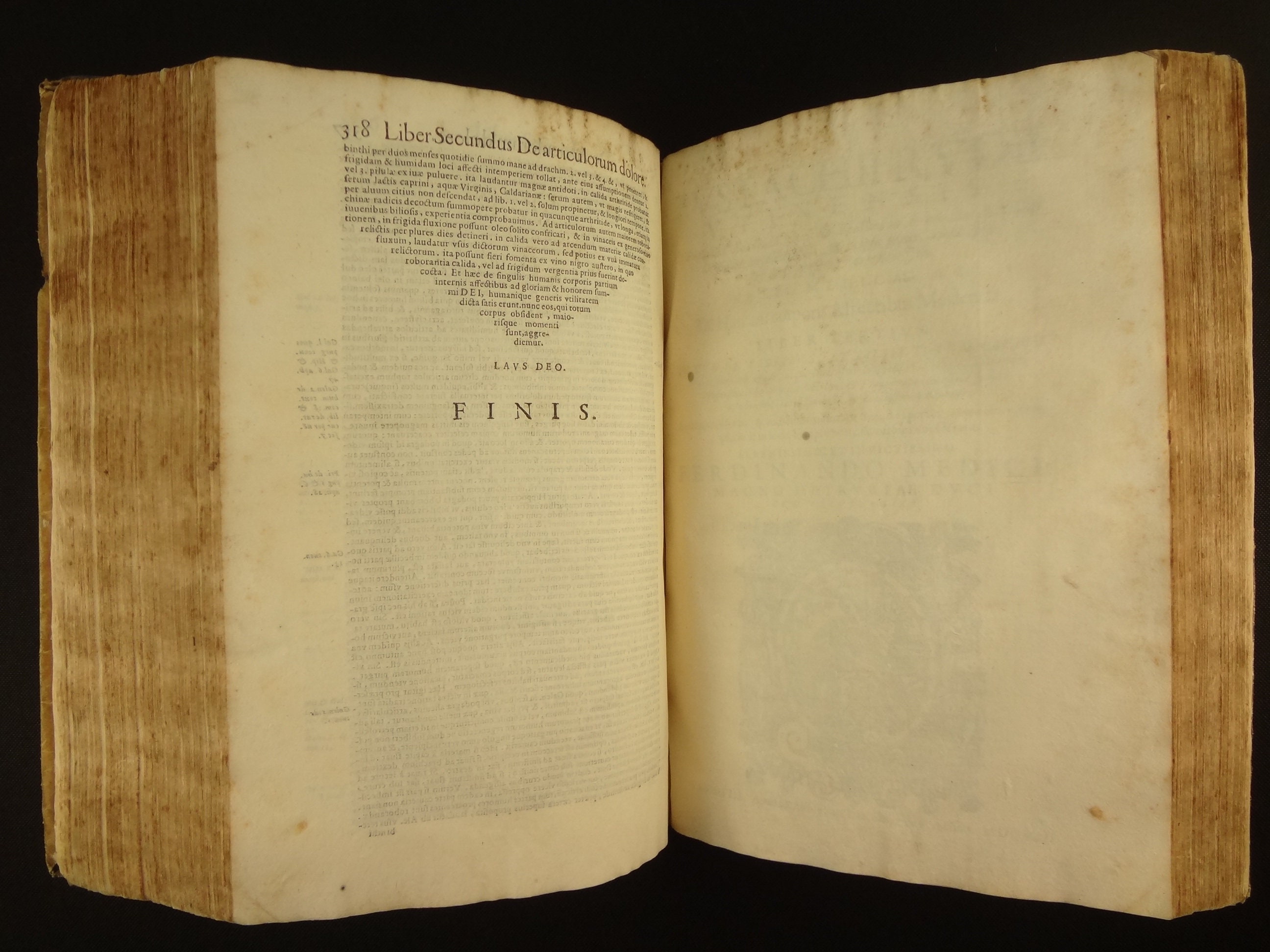 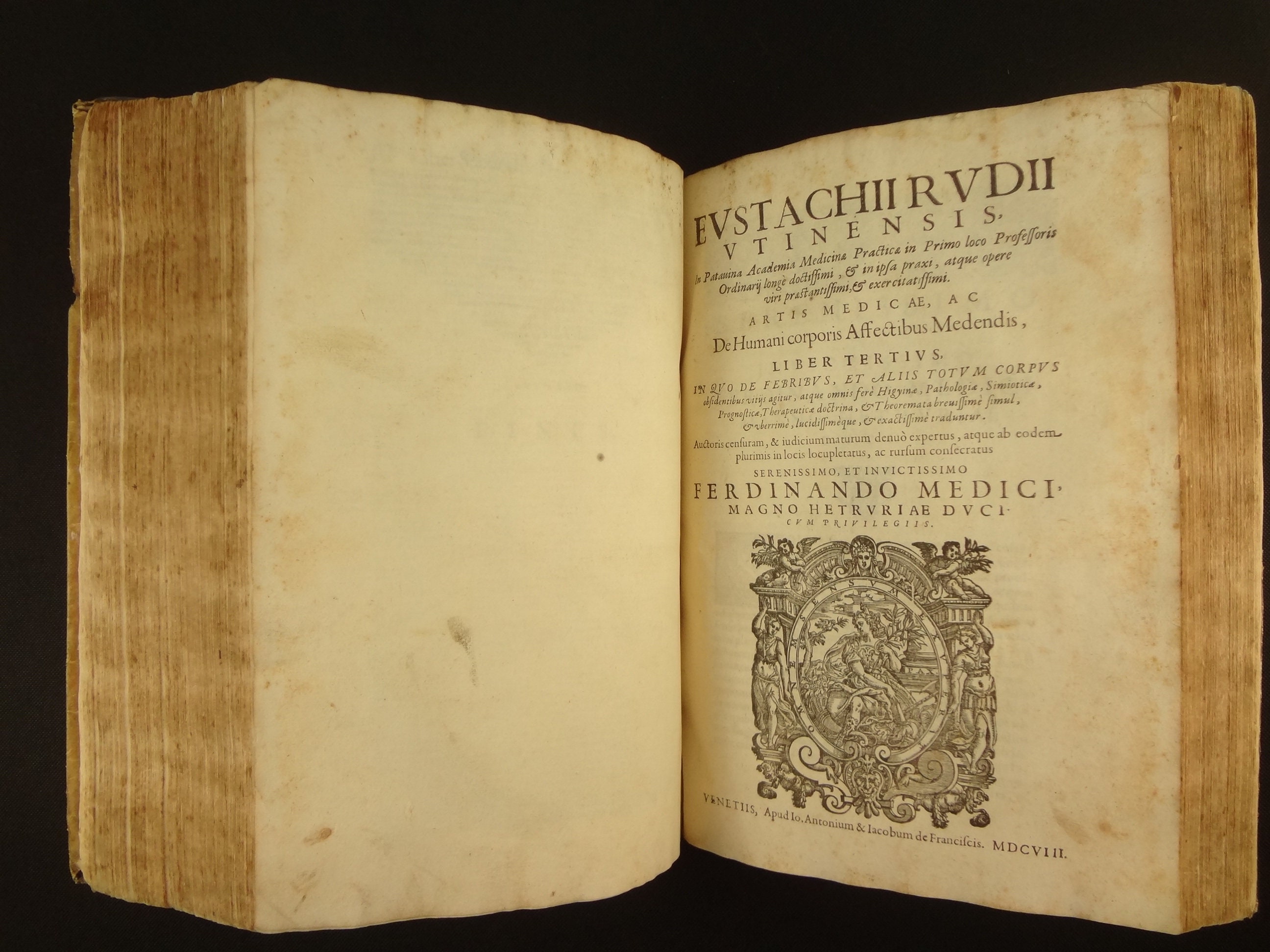 Scarce to market, books one through three of Ars Medica by the Padua medical professor Rudio Eustachius (1551-1611); his cardiovascular work is considered to have had direct influence on William Harvey.

Ars Medica was released piece-mill by Eustachius. Each of the three parts had been issued individually, prior to this 1608 printing; the first two parts dealt with parts of the body, and the third part with fevers and illness. In 1606 the fourth part, regarding external diseases, was released. This 1608 printing, by the same printer of the 1606 Libri Quatuor, of the first three parts, was likely to catch up with demand after the release of the fourth part. So, this edition is labelled, "Libri Quator", but only includes the first three books.

Eustachius trained in Venice, in the 1580s, under Alessandro Massaria, and had access to the Venice library. He published several works there under the pseudonym Joannes Donatellus Catilionensis. In the next decade he moved to Padua, where there he moved forward with Ars Medica; the first three parts were printed in Venice under the title, "De humani corporis affectibus dignoscendis, praedicendis, curandis et conservandis" in 1590, 1592 and 1595. The fourth part was published in 1606.

In 1599 he was promoted to Chair of Ordinary Medical Practice. He was appointed a knight of San Marco in 1607, and was ascribed to Udine nobility in 1609. He passed away in 1612. Italian biographies note, "he was primarily a scholar of the structure and functions of the heart and arteries."

At the time listing, using Vialibri, I do not find another copy of this work on the market.