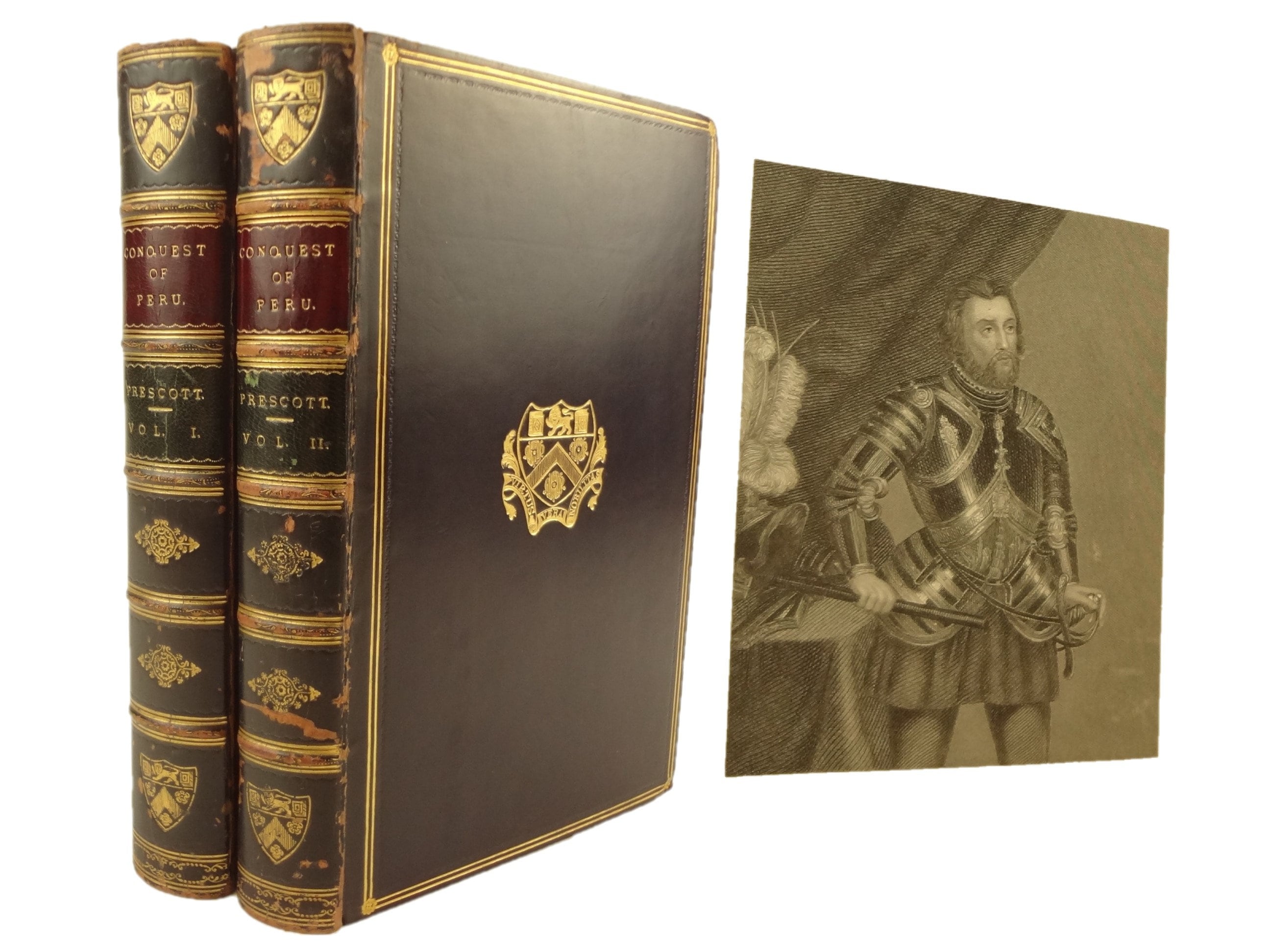 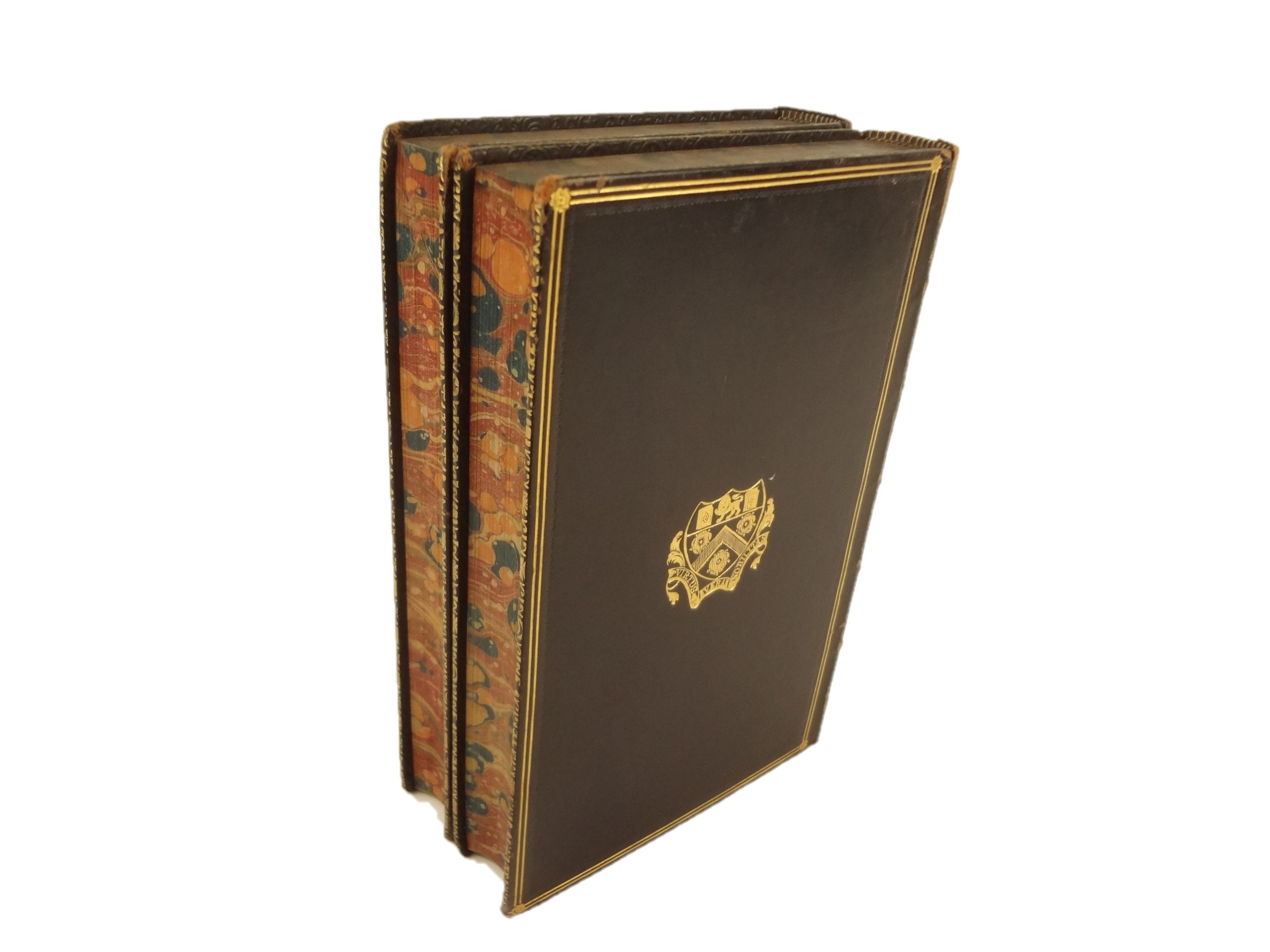 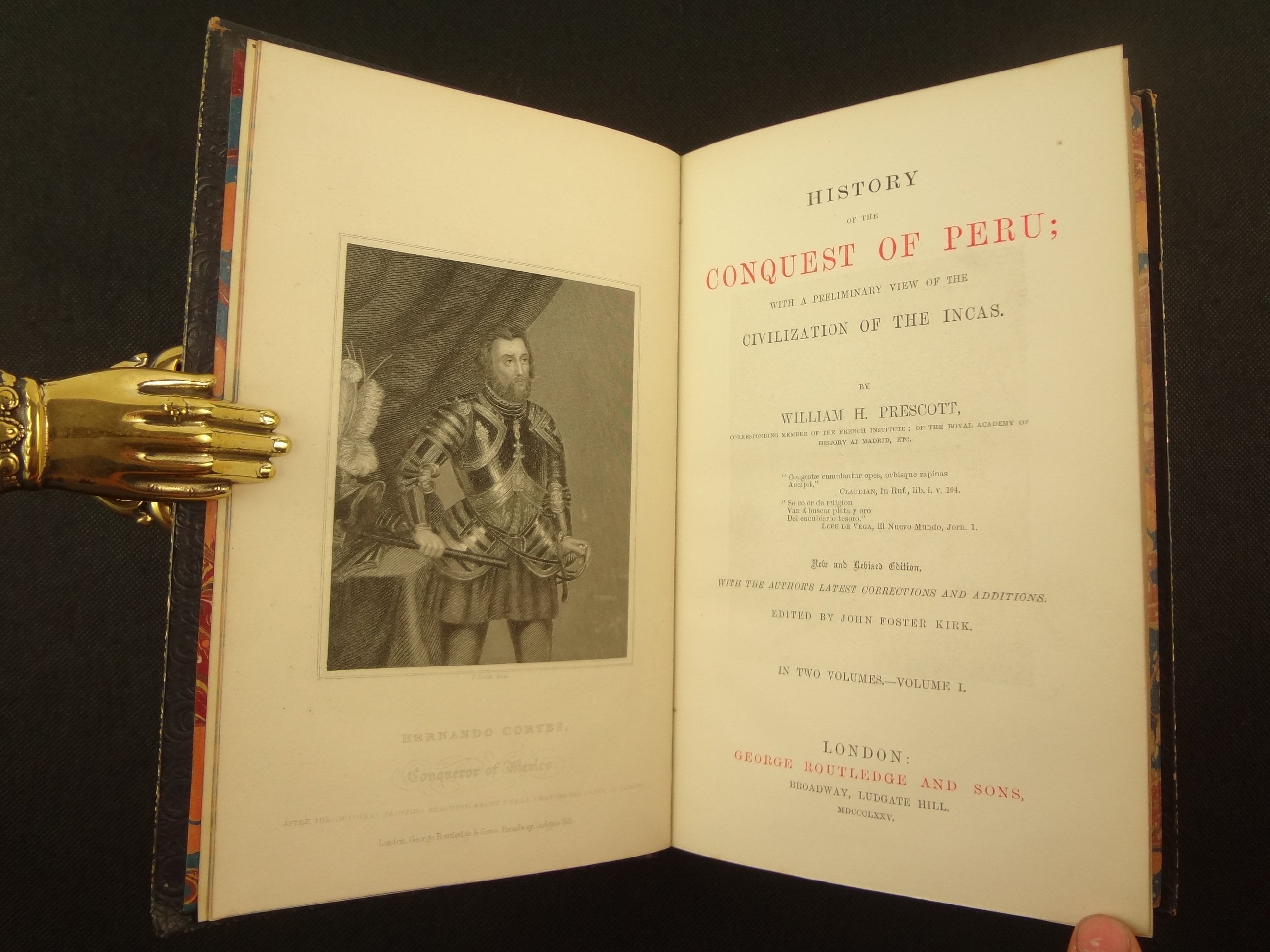 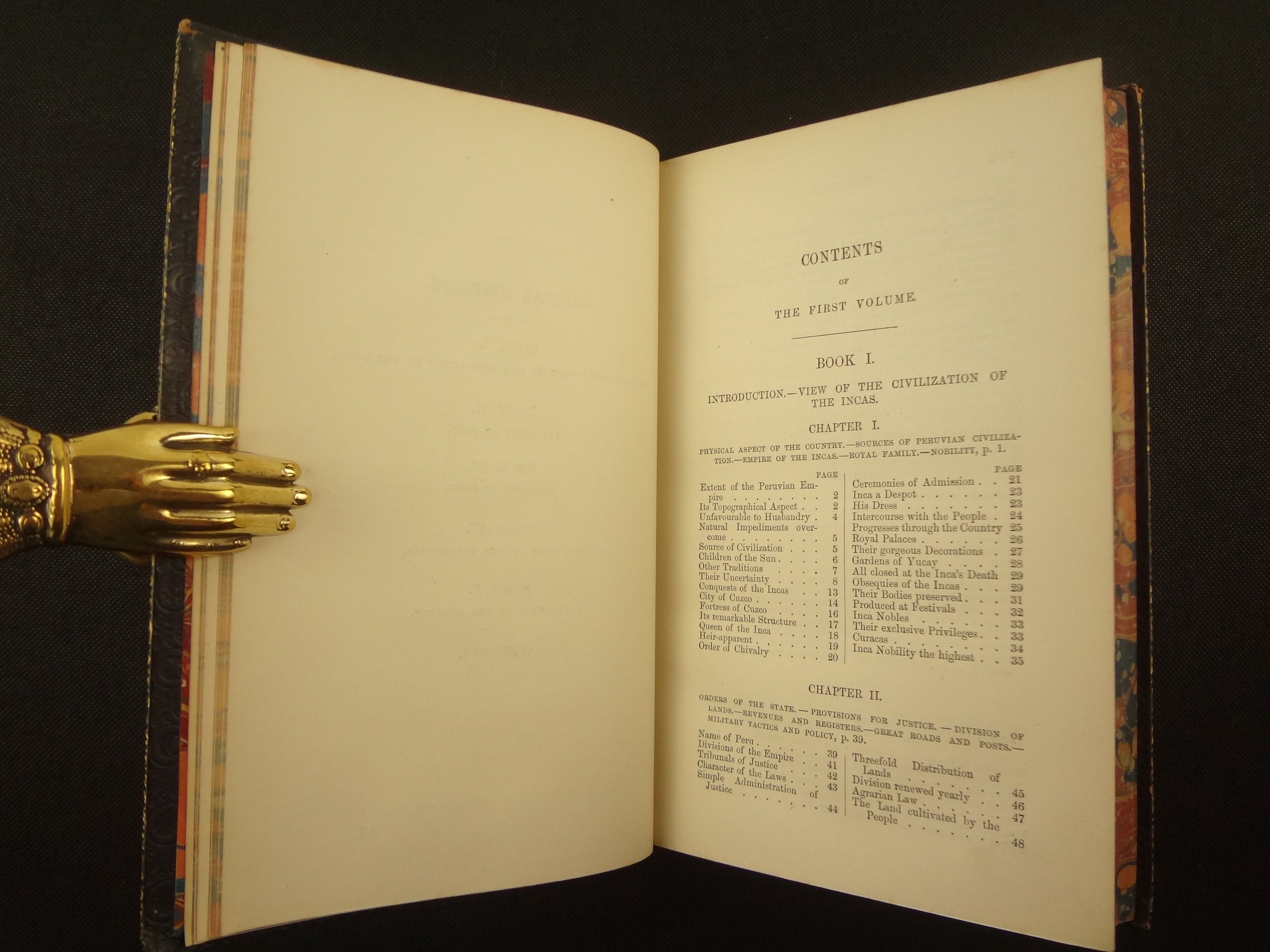 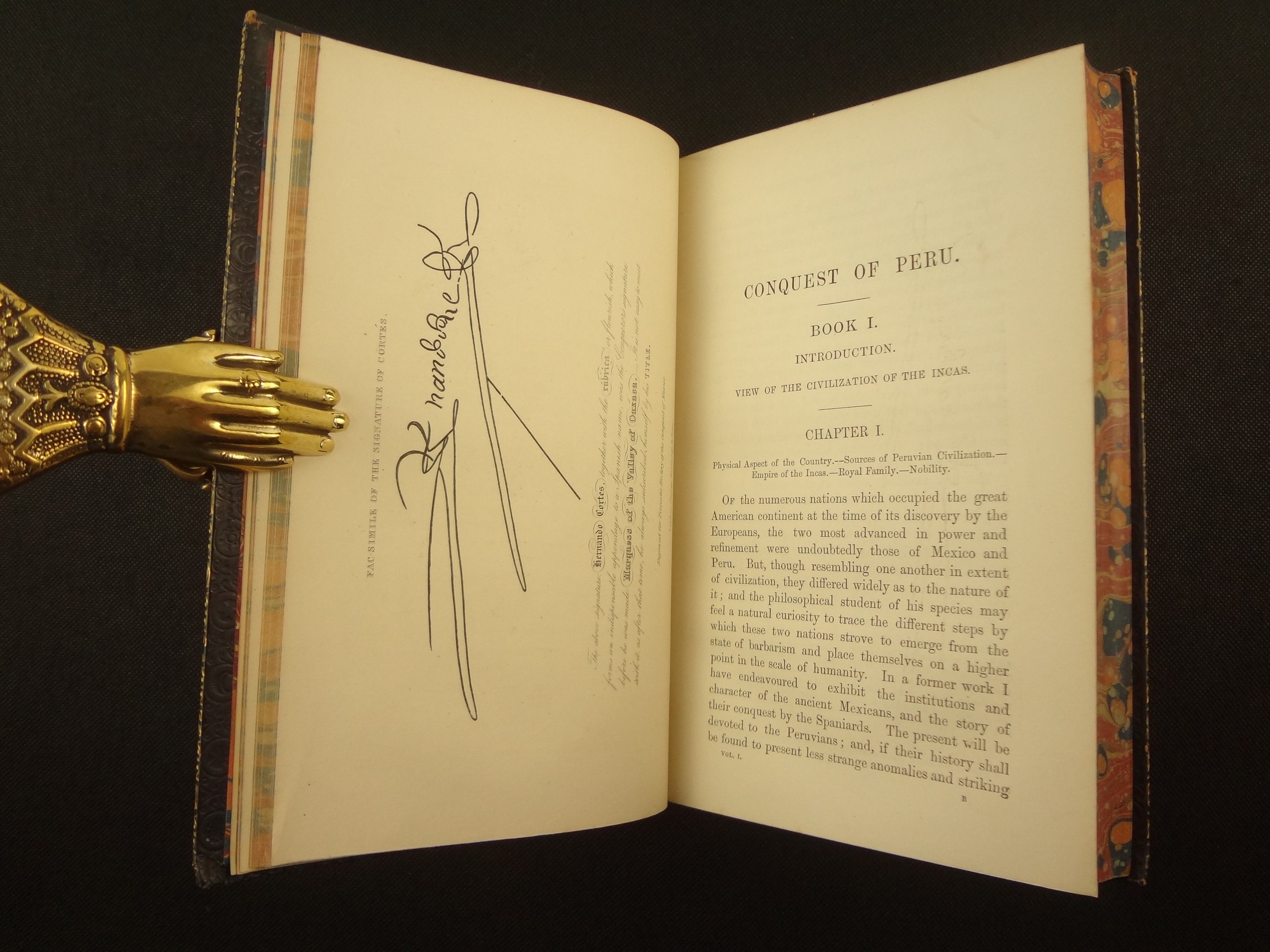 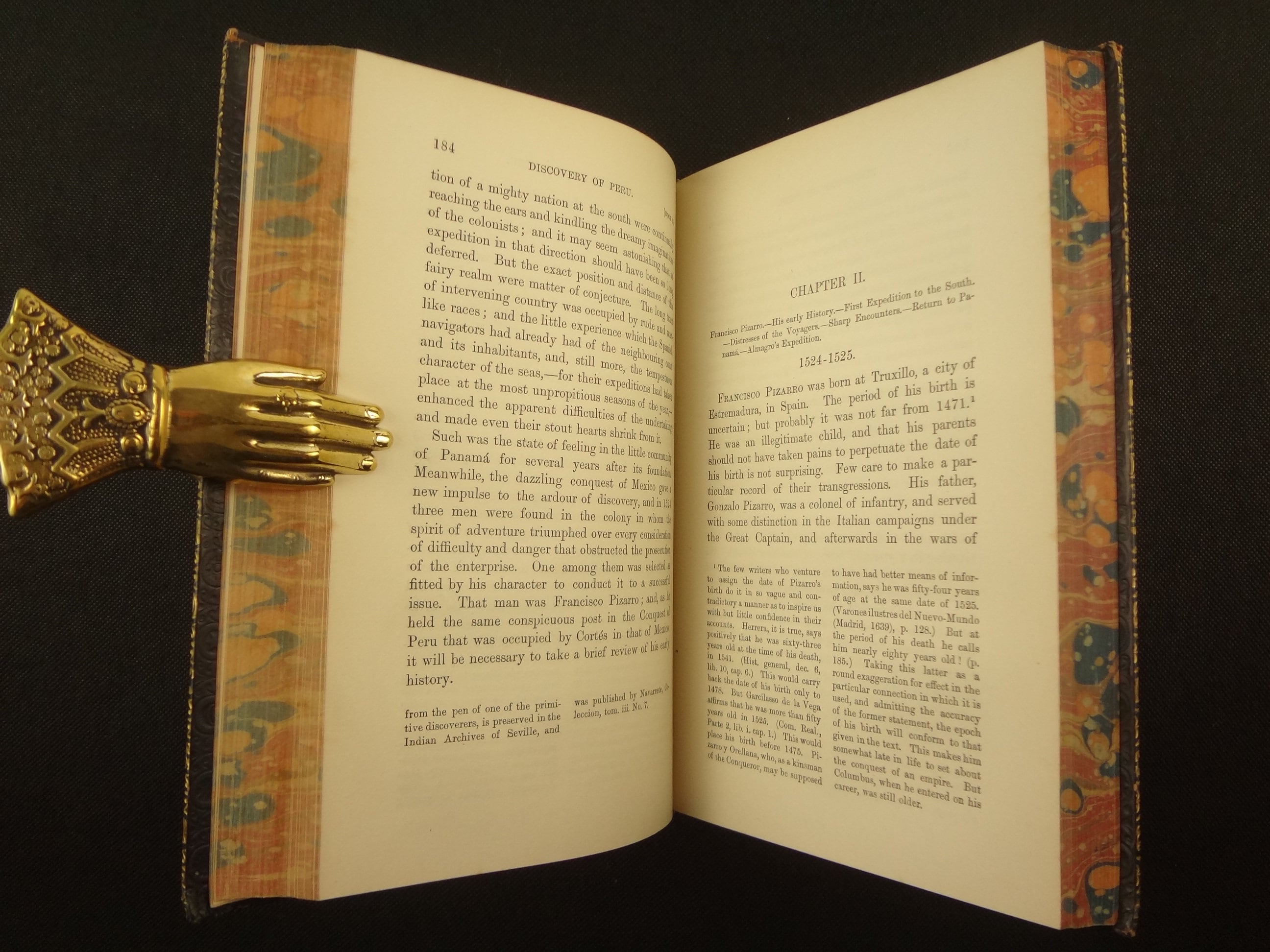 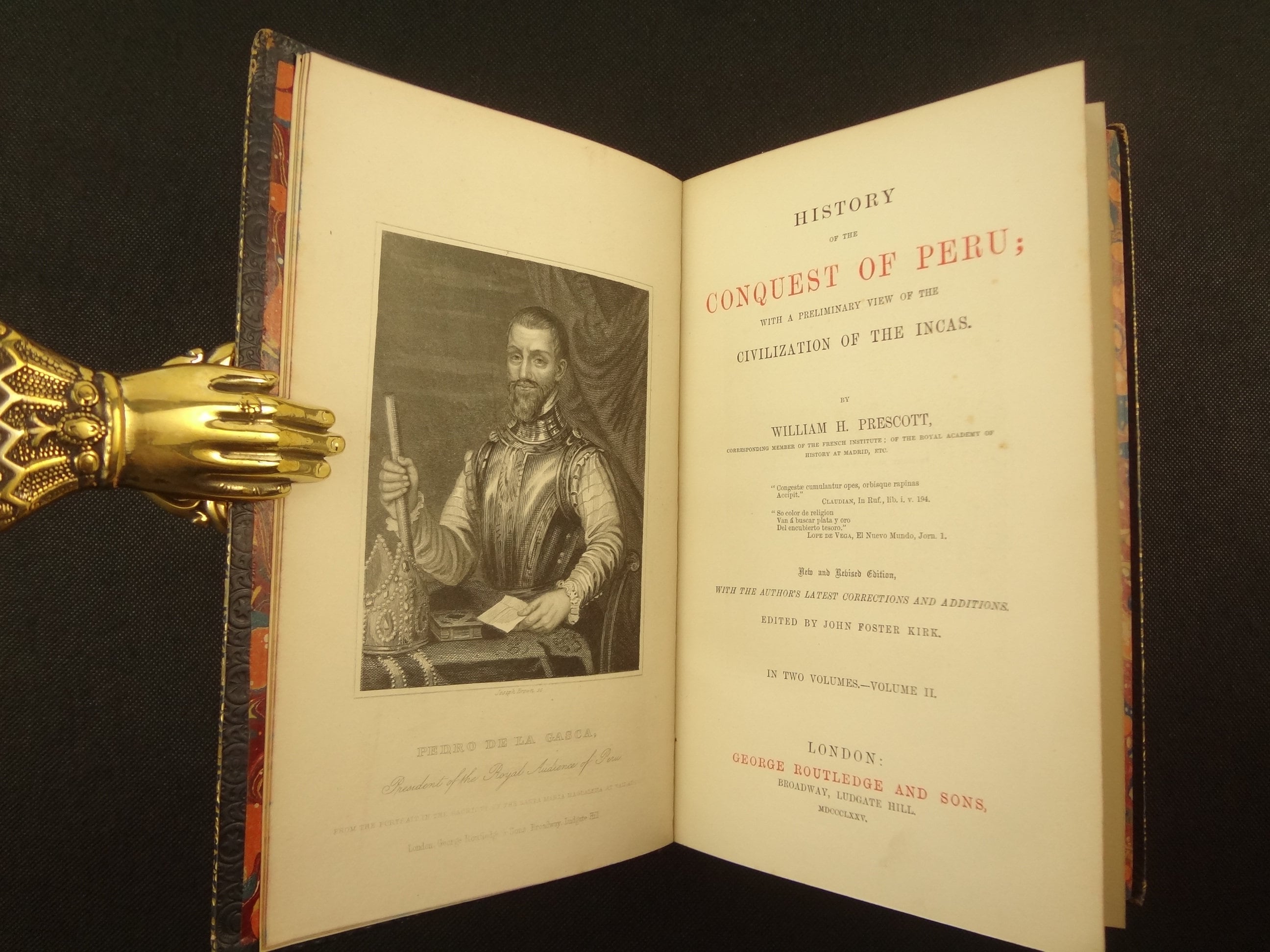 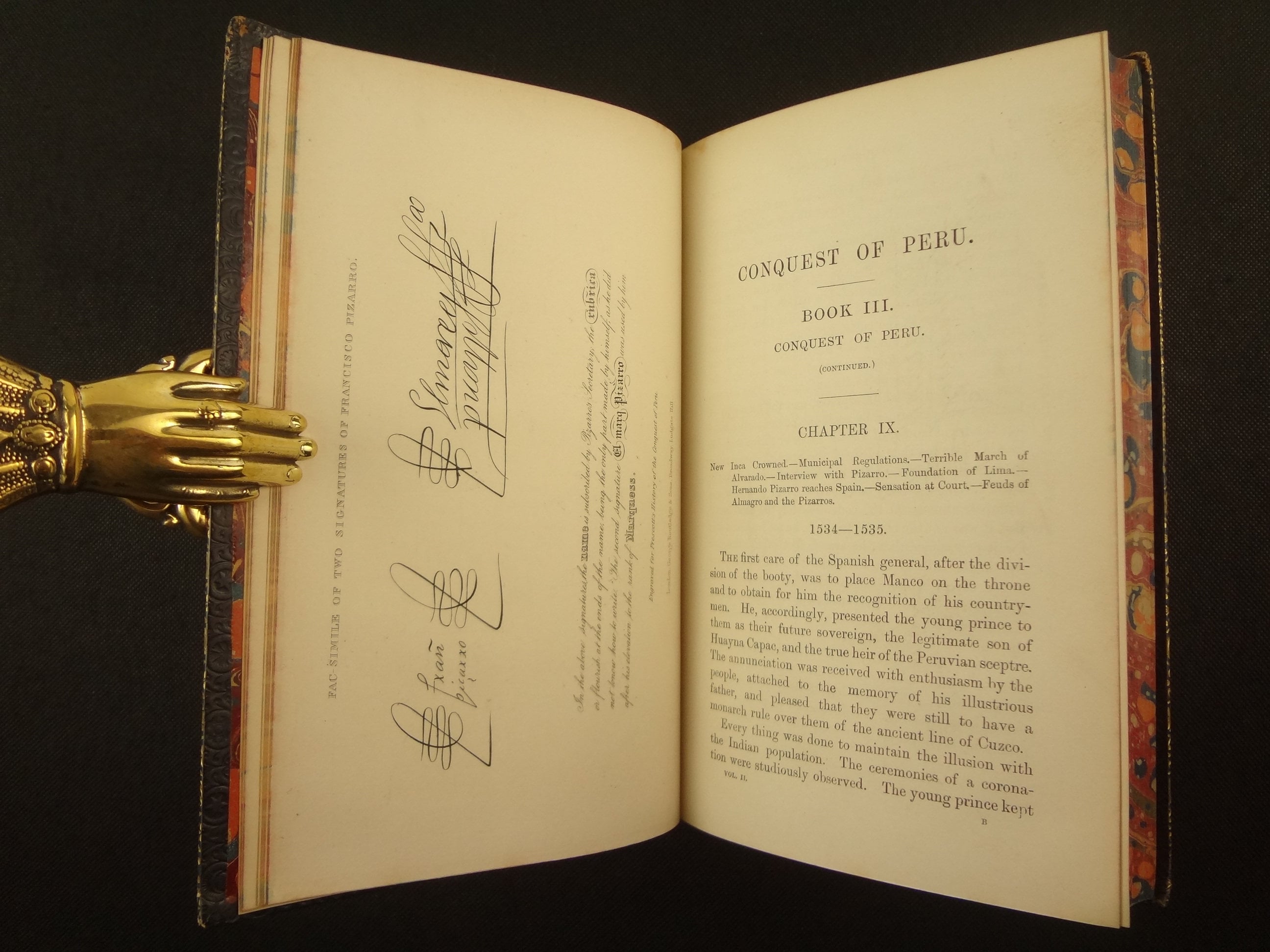 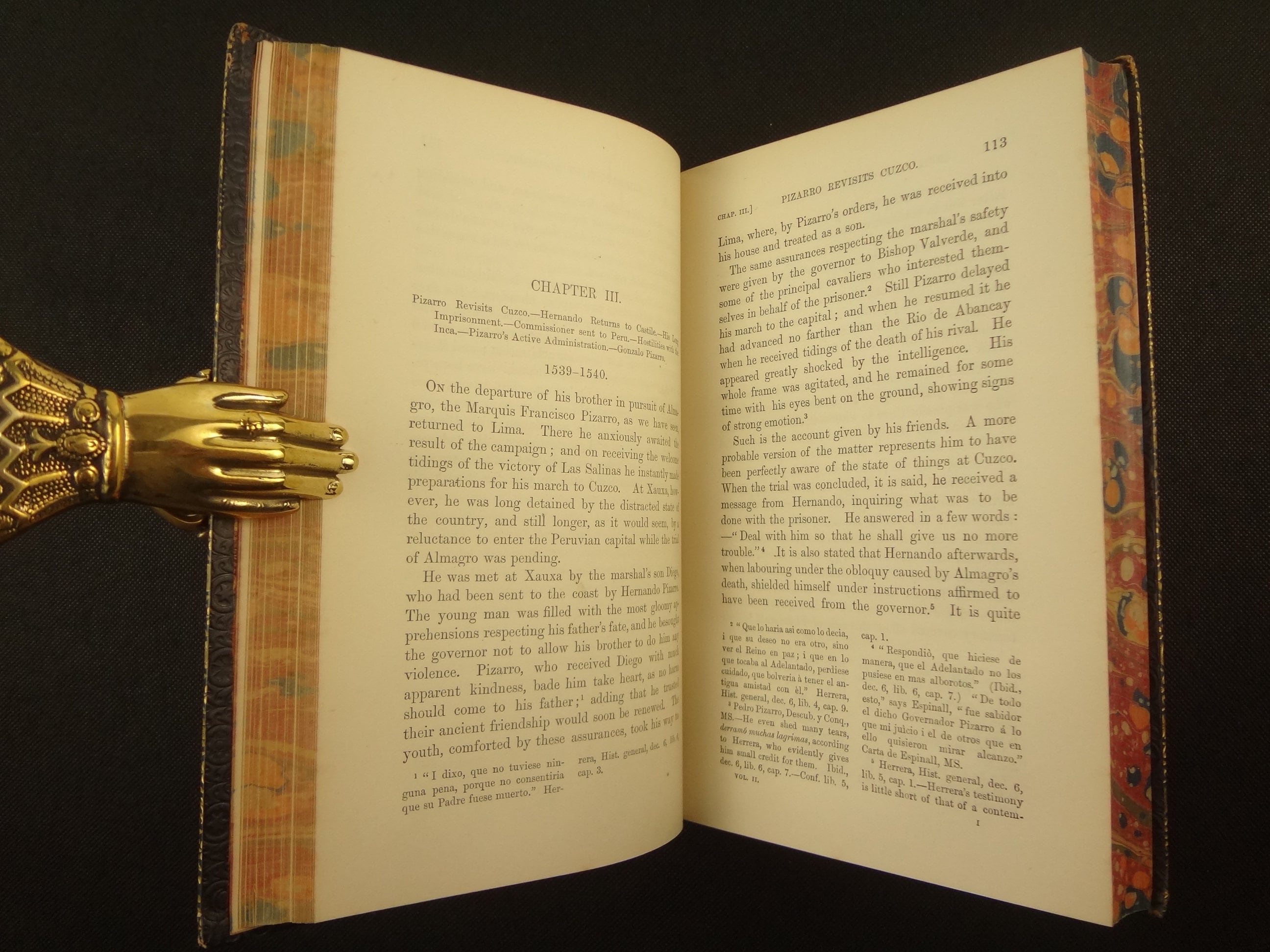 1875 History of the Conquest of Peru by William H. Prescott. Trinity College Cambridge coat of arms tooled into binding, with motto.

William H. Prescott's classic work History of the Conquest of Peru, bound handsomely by Bayer and Wilson of Cambridge, with Trinity College Cambridge's arms and motto on all four boards in gilt.

Prescott's work has remained popular and influential to the present day, and his meticulous use of sources, bibliographical citations and critical notes was unprecedented among American historians. The Conquest of Mexico has endured more than any other of Prescott's work: it is regarded as his greatest literary accomplishment…. In contrast to the Conquest of Mexico, the Conquest of Peru has received relatively little modern scholarly attention, perhaps due to some key similarities in style and structure. However, it is generally thought that the work was the authoritative account until the 20th century, and that Prescott used a broader range of source material than any previous writer on the subject.

Each vol. measures approx. 21.5 x 13.5 x 3.5 cm. Dark blue morocco bindings with the arms of Trinity College Cambridge, and their motto, stamped in gilt on each board. Each board with an outer double fillet gilt border with corner florets. Five raised bands; two compartments with the arms of Trinity in gilt, two compartments with a central floret stamp, one compartment with the author and vol on black morocco, and one compartment with the title in gilt on red morocco. Board edges rolled with a gilt tool. Blue and white endbands. All edges marbled. Marbled endpapers. Two full-page portrait frontispieces, and two full-page plates with signature examples. Pages: v1 - xxxii, 469. v2 - xiii (1), 473

See pictures. Some wear to bindings with some wear along edges, corners, raised bands and joints, and with a few light rubs to boards. V1 top of spine with slight chipping at top. Book-binder stamp at top of verso flyleaf; also, two bookseller notes "2 vol, 343". Plates have slightly ghosted facing pages. Initials at last leaf of v1. v2 with "343" on verso of flyleaf along with stamp of bindery. Initials at last leaf of v2 also. Lightest toning to pages with an occasional fox spot.